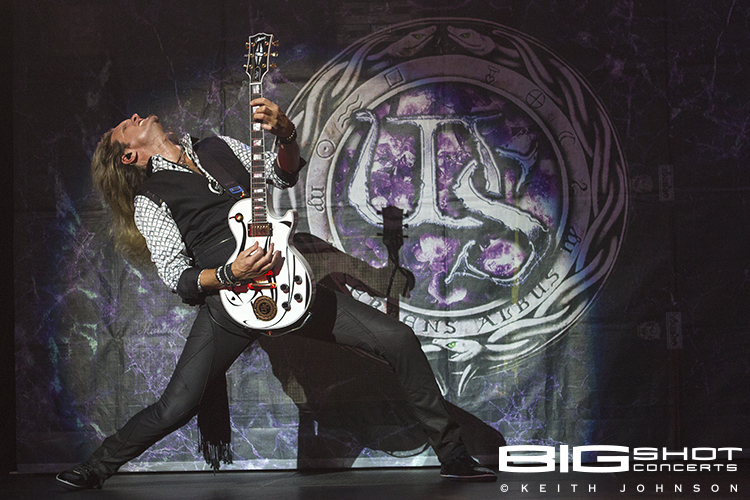 What do you get when you mix white with purple?

A musical portrait of tunes from two of the biggest rock and roll bands of all time: Whitesnake and Deep Purple.

Whitesnake Purple Tour 2015 slithered into Hard Rock Live in Hollywood, Florida during the still of the night to strike fans with heavy doses of rock and roll.

The band kicked off the night with “Burn.” The song comes from The Purple Album, the recently released record from Whitesnake. It features updated renditions of original classics from David Coverdale’s years fronting rock icon Deep Purple.

Fans raised on arena rock certainly got to hear the songs that dominated an era. Deep Purple songs were prominent during this concert. The crowd was treated to tracks from The Purple Album like “The Gypsy,” “You Keep on Moving” and “Mistreated.” There were also Whitesnake mainstays such as “Slide It In,” “Love Ain’t No Stranger,” “Give Me All Your Love,” “Forvermore,” “Is This Love?” and “Here I Go Again.”

There was nothing sneaky about theses snakes. They performed a straightforward, hard-hitting set that proved they still have plenty of rock and roll venom to inject into their concerts. Music, great playing and showmanship were paramount during Whitesnake’s concert. The band has never relied on slick and fiery stage shows to keep fans for the long haul. And seems unlikely that they’ll ever need to employ such tactics to earn new ones.

Talented musicians are the hallmark of bands that enjoy classic rock longevity. And despite the occasional shedding of band members, David Coverdale has always surrounded himself with the best.

David Coverdale
In the world of rock stars, David Coverdale is one of the most beloved vocalists to ever stand in the spotlight. His charisma, passion and energy remain timeless — and his singing and gyrating are still done with youthful exuberance. Watching him on stage leaves little doubt that he was born to front rock bands and pen songs that made an indelible mark on FM airwaves as well as music videos. Even at 63 years of age, he can effortlessly make generations of women weak in the knees when he teases them with his trademark microphone stand twirls.

Tommy Aldridge
Bad ass! That’s how you describe this self-taught drummer who has been a veteran of the hard rock, heavy metal scene since the 1970s. His drumming ability is rock solid with funkiness that makes his timekeeping totally unique. Tommy Aldridge is a double bass kicking, stick spinning, hand held high drum stick waving wizard that makes sure no one in the crowd ever forgets the drummer. And how could they? This guy brought the drum solo back with a furious flailing behind a rack of toms and sea of cymbals.

Joel Hoekstra
The newest member to coil up with Whitesnake is guitar shredder Joel Hoekstra from New York City. Having been a member of top acts in the past, his fangs were out the moment he took the stage. This axe slinger was sharp the entire night and his fast and furious fretwork cut through the venue with ease. It was clear to see that he had perfect chemistry with all the members of Whitesnake.

Reb Beach
Reb Beach is all about the rock riff. Fans know that he loves playing so much he pulls double duty with bands. But it’s his ability to wing it that makes him such a valuable addition to any band he holds a six string in. Though a rocker at heart, jazz, fusion and progressive rock influence his playing.

Michael Devin
Since 2010, Michael Devin has been playing bass, harmonica and providing back-up vocals in Whitesnake. Thanks to his excellent playing ability and unassuming stage presence, he always makes sure the low end of the rhythm section ends on a high note.

Michele Luppi
Italian keyboard player Michele Luppi is a touring member of the 2015 lineup. In addition to tickling the ivories, he sings backup during live performances.

By the close of the concert, Whitesnake had bitten more than 3,000 people — and they were all still standing and cheering for another encore. It was a fitting end to a night of great rock and roll. 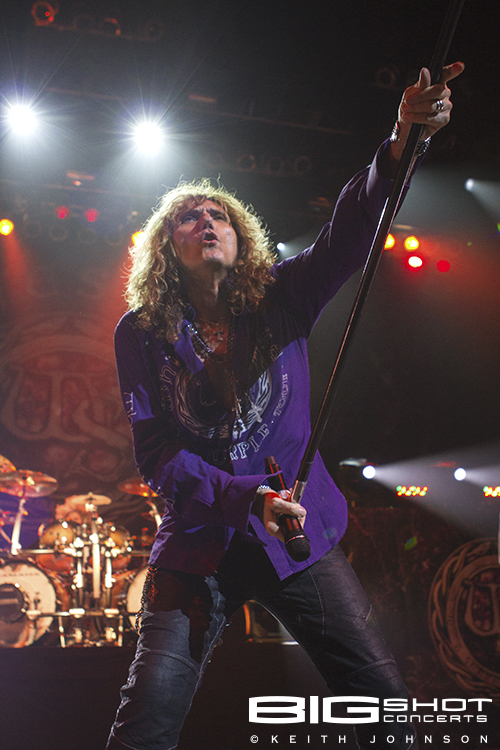 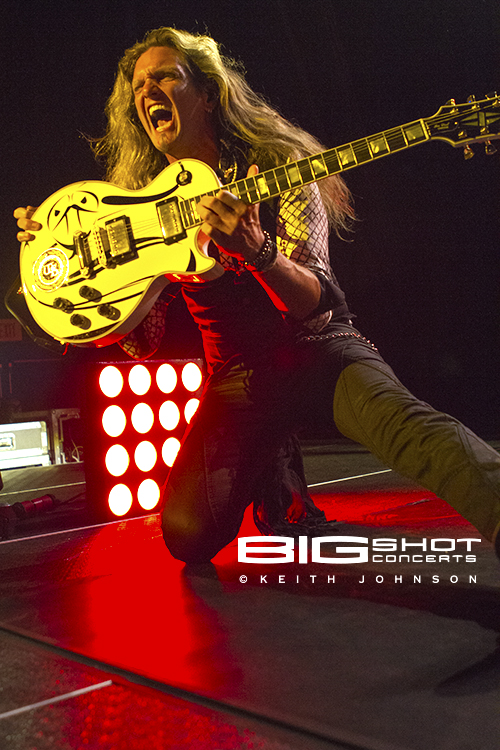 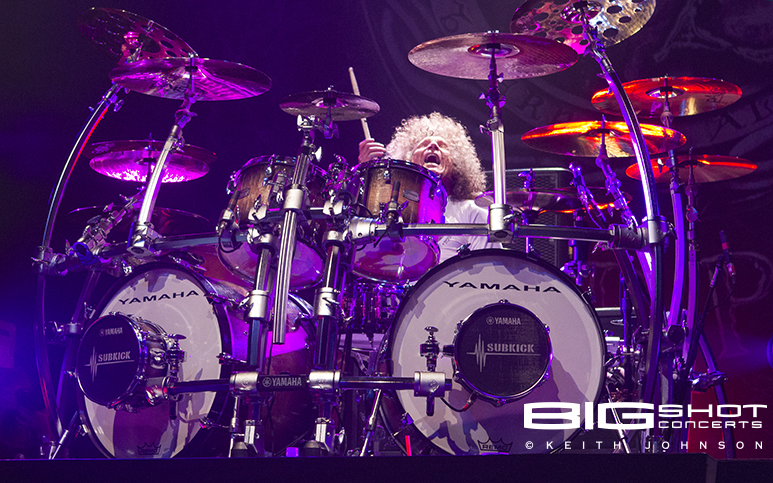 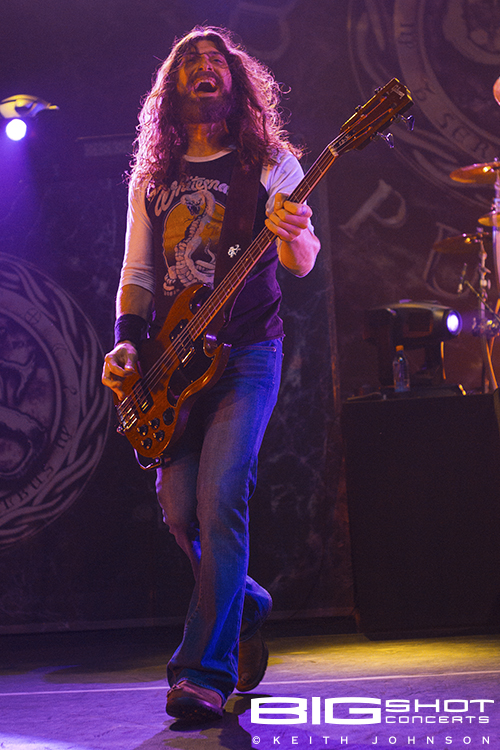 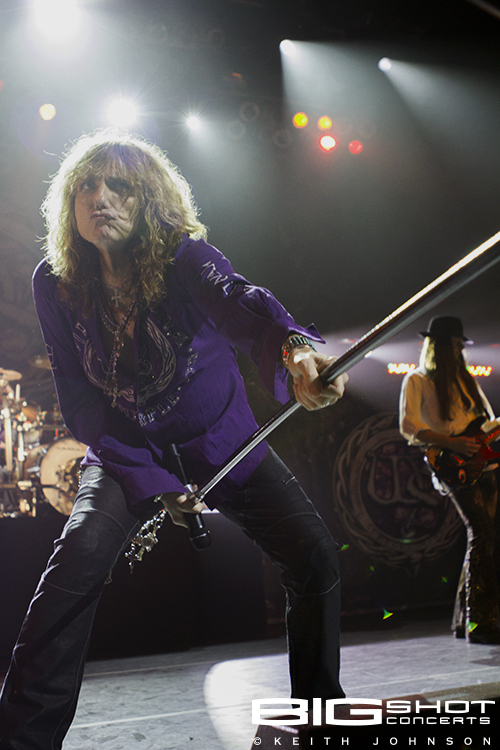 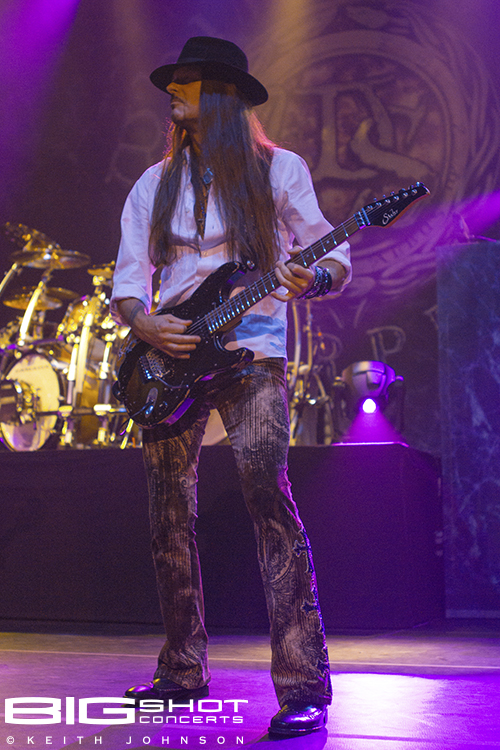 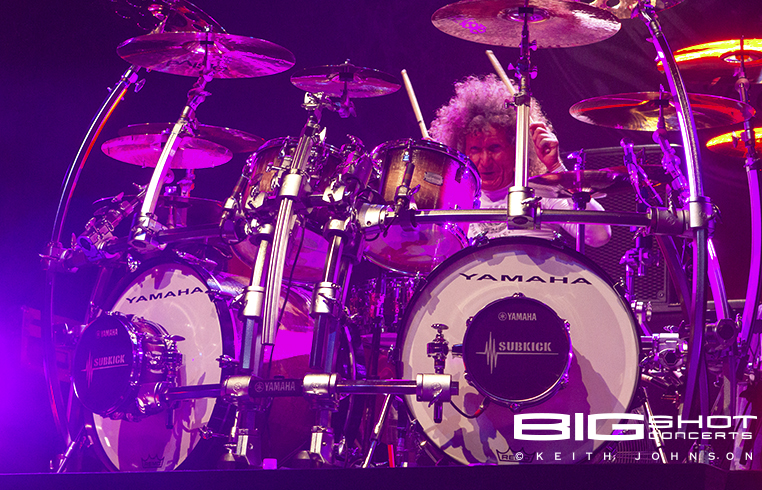 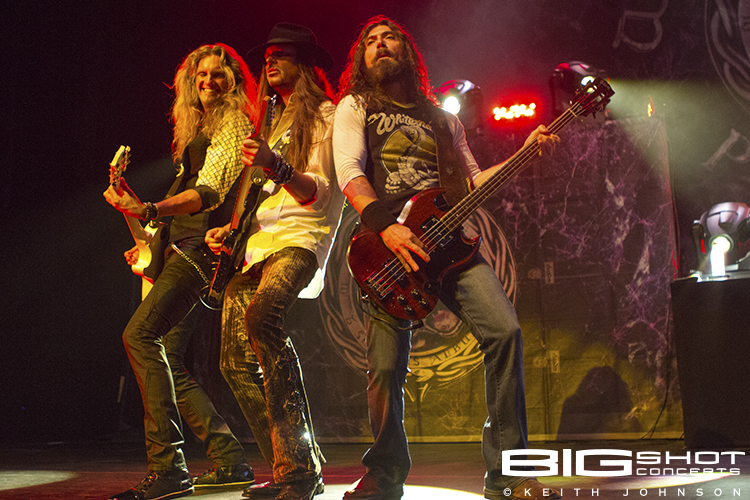 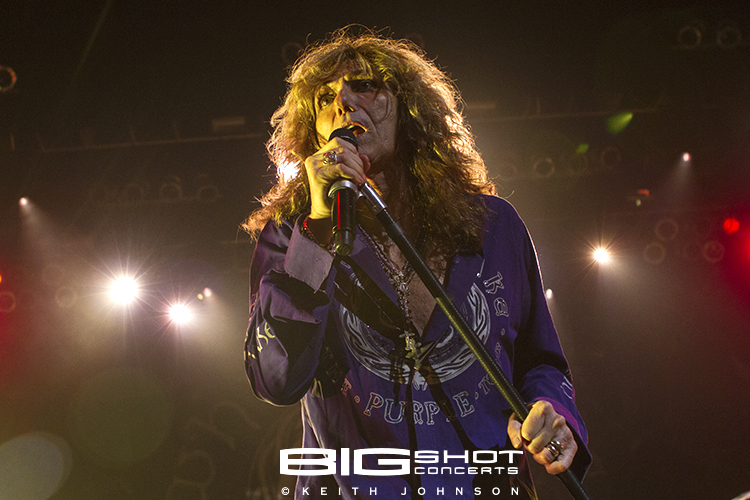 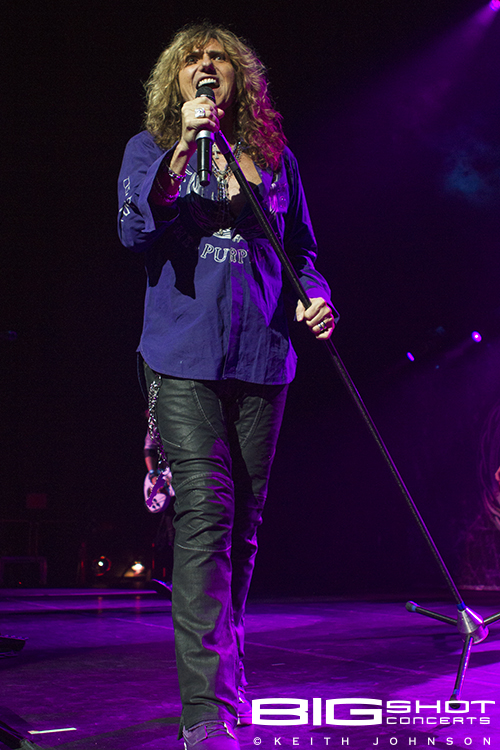 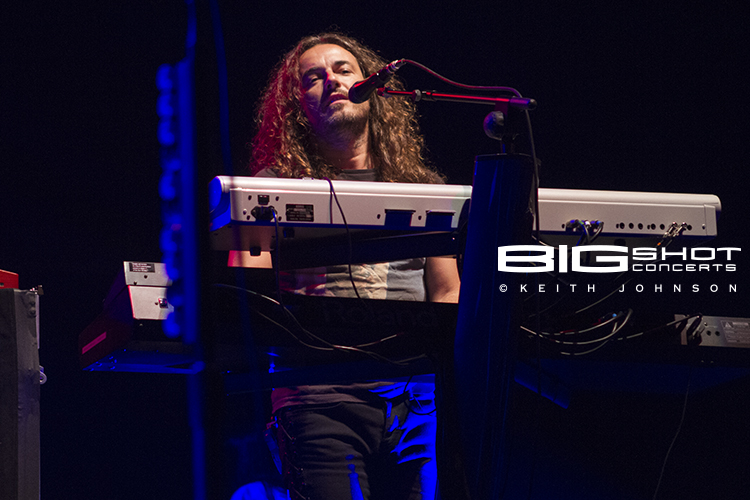 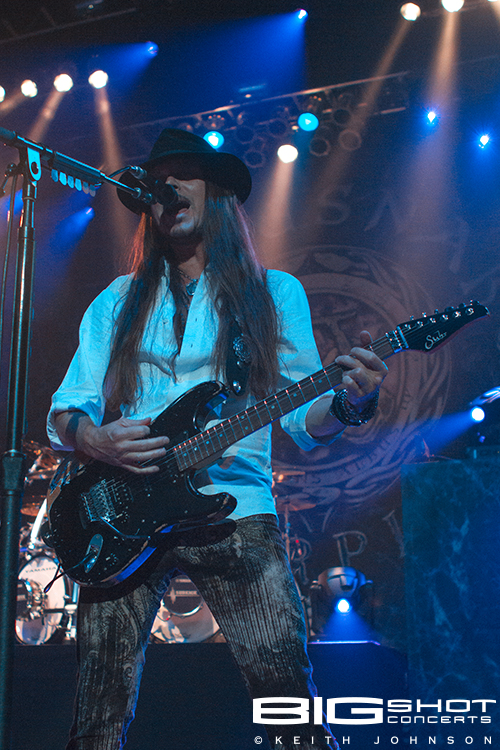 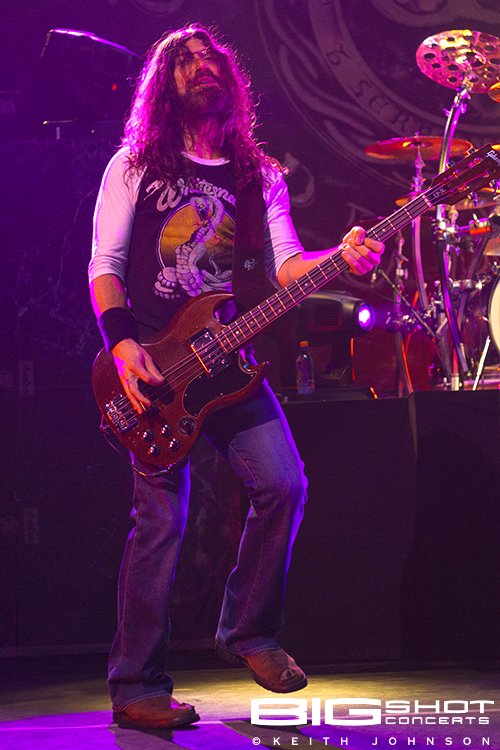 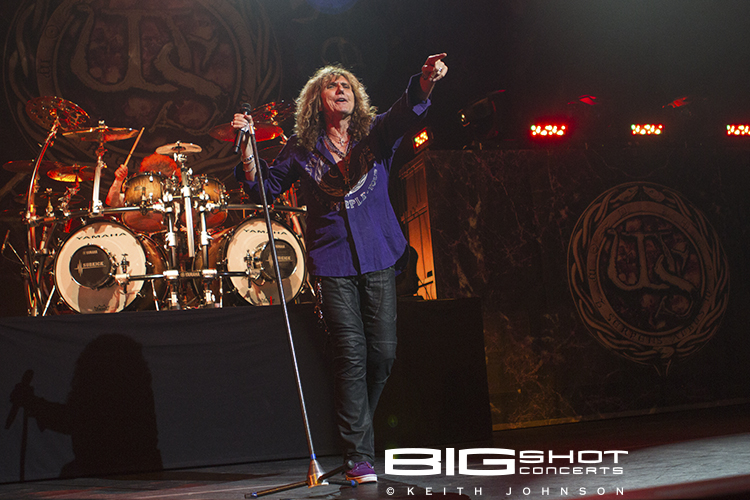 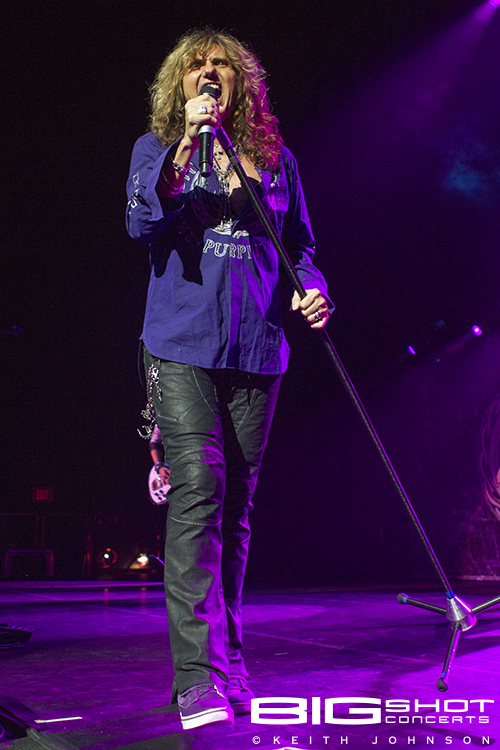 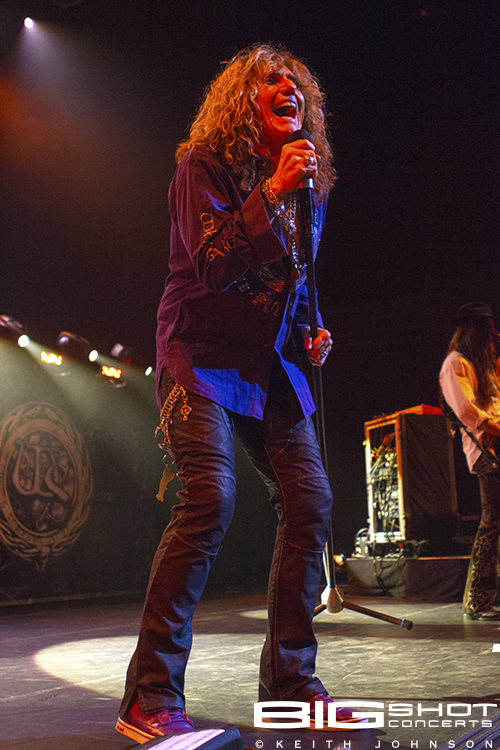 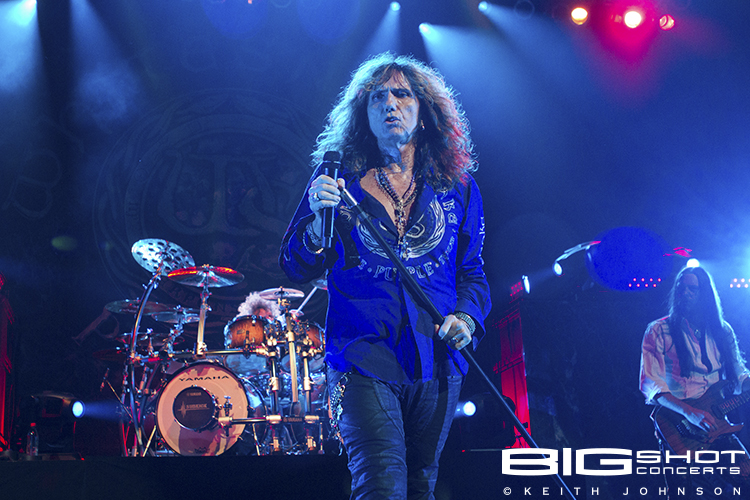