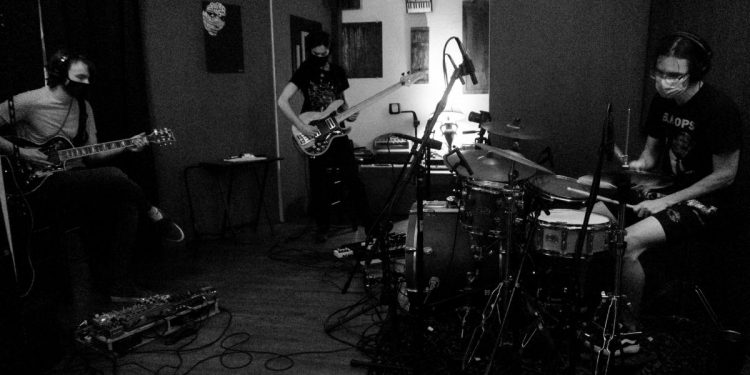 Dallas-Fort Worth-based YATSU has today released a new instrumental promo EP, The One With The Mosh Riffs , which is available for free download on Bandcamp.

Formed in summer 2019, YATSU incorporates elements of powerviolence, grindcore, and metallic hardcore into their raw, chaotic brand of noise. The band proudly wears their diverse influences on their sleeves, and effortlessly melds them into a vicious sound they humorously dub “metalliviolence.” Fans of Dropdead, Pig Destroyer, Deadguy, and Terror should take note.

Like its predecessor, Three Instrumentals, Y’all , YATSU ’s The One With The Mosh Riffs serves as precursor to the band’s forthcoming debut full-length, It Can’t Happen Here , which is due to be released in the near future.

The band states regarding the new EP, “Unforeseen circumstances have caused us to delay the finalization and release of our full-length album. Rather than stay completely quiet, we decided to release another instrumental EP for the time being. The four songs featured on this EP were previously released on a ‘rehearsal demo’ back in 2019, and have since been re-recorded, and made a lot more obnoxious. We hope you enjoy it. We hope you enjoy American Football as well.”

Tune in and unload YATSU’s The One With The Mosh Riffs RIGHT HERE .

The One With The Mosh Riffs and the forthcoming It Can’t Happen Here LP were recorded, mixed, and mastered by Michael Briggs at Civil Audio in Denton, Texas. While the new teaser EP is presented vocal-free, the impending album will feature vocalists to be announced over the months ahead.

The One With The Mosh Riffs Track Listing:
1. Never Meant…To Be An Instrumental Band
2. I’ll See You When We’re Both Not On Some Bullshit
3. Stay Home (Flatten The Curve)
4. The One With The Skronk Riffs

Watch for new updates on YATSU and the impending album to see release in early 2021. Contact dave@earsplitcompound.com with press inquiries.