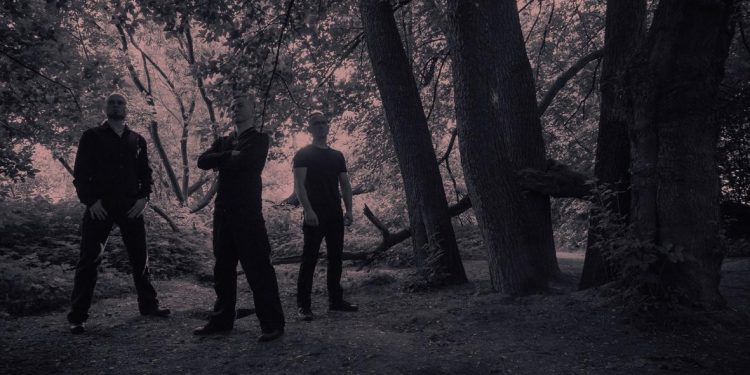 Wingless album Nonconform confirmed for release in October via Selfmadegod Records.The crushing fourth record from the Polish death/doom outfit is being premiered by New Noise Magazine.

Wingless is a Krakow-based trio, formed at the beginning of 2012. The band’s lineup is made of well-experienced musicians, who have performed or are still performing with some other groups being part of the local metal scene. From the very beginning, the band has unchangeably been fronted by its guitarist and leader Grzegorz Luzar. A recent shift saw longstanding vocalist Olaf Różański replaced by Michał “Xaay” Loranc of Redemptor. The lineup also includes drummer Piotr Wójcik, who has played with WINGLESS since 2018.

At an early stage of development, the music of WINGLESS oscillated more around the cutting edge of modern metal, but with the passage of time, their compositional style gradually began tending towards being strictly influenced by death/doom metal. The latter genres can be particularly heard on their latest album, Nonconform. It is a blend of dark and heavy sounds with a depressive aura, that ideally seems to represent the band’s present-day approach. Wingless is an ensemble perfectly aware of what and how they want to play, by consistently following their idea of creating death/doom metal music, without even avoiding inspirations from metal artists of the ‘80s and ‘90s.

Nonconform was produced by Grzegorz Luzar and Dominik Burzym, mixed and mastered by Dominik Burzym, all at Studio67. The record was completed with cover artwork by Rafal Wechterowicz (Slayer, Mastodon, Nile), and logo, band photos, portraits, and packaging layout by Wingless vocalist Michal Loranc, also a well-known designer who has worked with Behemoth, Nile, Necrophagist, and many others.

The band offers with the premiere of Nonconform’s opening track and lead single, “‘Imperceptible’ is a great example of how to combine dark and grim atmosphere with heaviness of sound and organic production. Middle-tempo and memorable melodies in the final part are trademarks of this song. So, if you are looking for death-doom metal in classic shape, this track is definitely for you!”

Nonconform will see release on CD and digital formats through Selfmadegod Records on October 1st. Watch for preorder links, additional audio previews, and more to post over the weeks ahead. Fans of Morbid Angel, Death, Immolation and old Paradise Lost should not miss Wingless.

1. Imperceptible
2. Separated From All Life
3. Contempt And Defiance
4. Sadness Filled With Silence
5. Nyctophilia
6. Constellations
7. Drowning In Sadness
8. Wingless
9. When You’re Short Of Tears