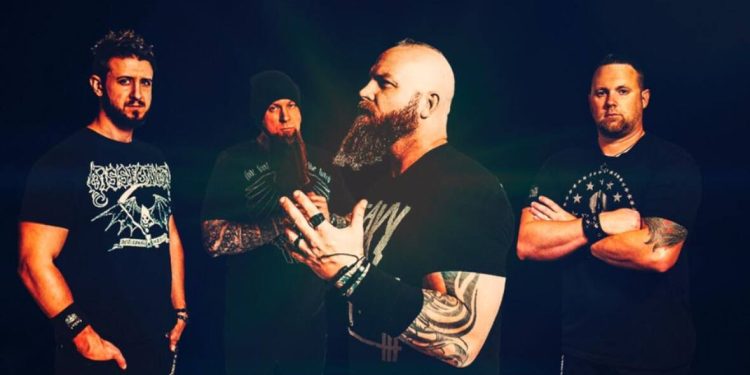 Unveil the Strength single “Kill (All The Memories)” has been released to all major platforms along with a video based on the bands love of video games. The band will also be releasing “Kill” coffee, their second batch following the release of “Vengeance” morning blend.

KILL Coffee
Enjoy this limited edition Austin, Texas roasted small batch coffee. This coffee comes from their favorite Costa Rican Coffee region Tarrazu. AFAORC is an association of small farmers who specialize in producing unique micro lot batches of very high-quality Arabica coffees. This flavor profile has a tart citric acidity and caramel with a creamy chocolate aftertaste. This coffee will make you more metal than anyone within 20 square miles..

“Nothing goes better with playing a first person shooter video game like Call of Duty or Battlefield than a nice strong cup of coffee. With this release we wanted to get the meaning of the song out but at the same time make a fun video and give you a badass coffee to drink while you do it” says Matt Snell.

Unveil the Strength Single “Kill (All The Memories)”

“Sometimes it’s just easier to kill or erase a part of you rather than deal with the pain of a memory. We all have trauma and this is about that initial numbness that sets in shortly after. To kill an emotion is a survival mechanism that is sometimes necessary to get past a trauma in order to be more objective later so you can unpack it. I’ve experienced it first hand in combat and just last month I died twice on the operating table for 45 seconds each time. It took 15 doctors and 1ml of atropine to bring me back. There is a .0001% chance of that happening and I did it twice. I had a NDE (Near death Experience) and I’m still trying to figure out on a spiritual level why that happened to me. Just the timing of this release and that event give me so many questions with no answers” adds Mark Wölfe.

What is Strength? Is it what you have, or is it what you have when you have nothing at all?
Unveil The Strength is a choice. It’s the unrelenting fortitude to overcome and conquer
ourselves. It’s that voice that says never give up and it’s that push to fight that demon day in
and day out. Unveil the Strength is an international metal band based in Austin, Texas.
Formed in 2018 by Mark Wölfe, Matt Snell, Sean Mallett, and Ryszard Gabriel. With heavy
riffs, monstrous bass, and thundering drums the sound is heavy and technical enough to
appeal to metalheads while also incorporating melodic solos and catchy vocals to bring in
active rock fans. Foundations was recorded with Producer/Engineer Rob Kukla (Studio
Fredman), and Mixed/Mastered by Henrik Udd (Henrick Udd Recording) in Gothenburg,
Sweden. Udd is known for his impeccable production with acts such as Architects, Bring Me
The Horizon, At The Gates, and Delain.