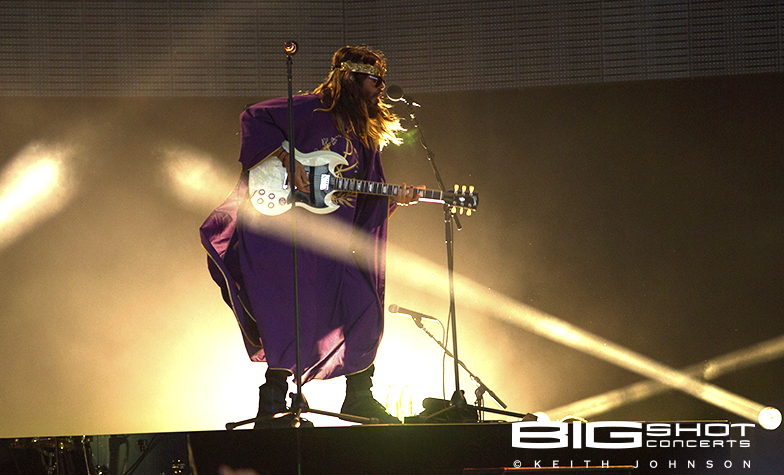 Thirty Seconds To Mars Carnivores Tour orbited Cruzan Amphitheatre in West Palm Beach, Florida and rocked the fans into its gravitational pull during the first night of the sold-out jaunt across America. Eccentric frontman Jared Leto bound onto the stage wearing a purple tunic and golden grown, then delivered an Oscar-worthy performance that thoroughly entertained everyone in the venue. Perched on a towering riser, elder Leto brother Shannon pounded the drums with a fervent fervor that steadily took the band through a catalog of hits. Multi-instrumentalist Tomo Milicevic delivered a triple threat of musical showmanship by cranking out tunes on the guitar, floor tom and keyboards. In the pavilion, troops from the Mars Army waved flags as the band played tracks from 30 Seconds To Mars, A Beautiful Lie, This Is War and Love, Lust, Faith and Dreams. 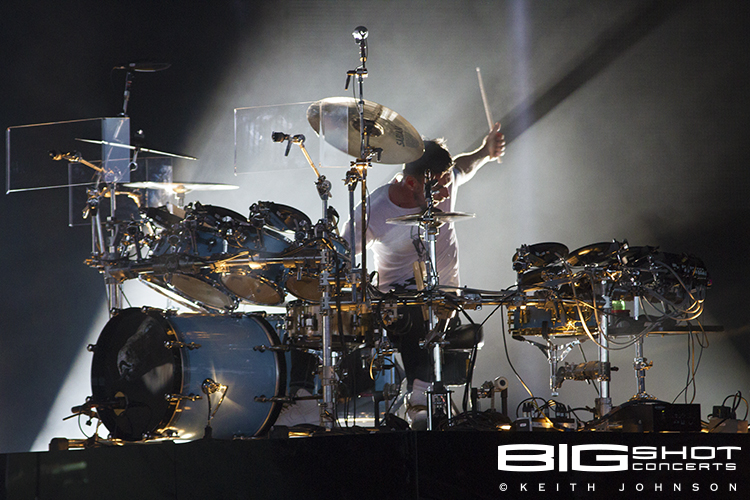 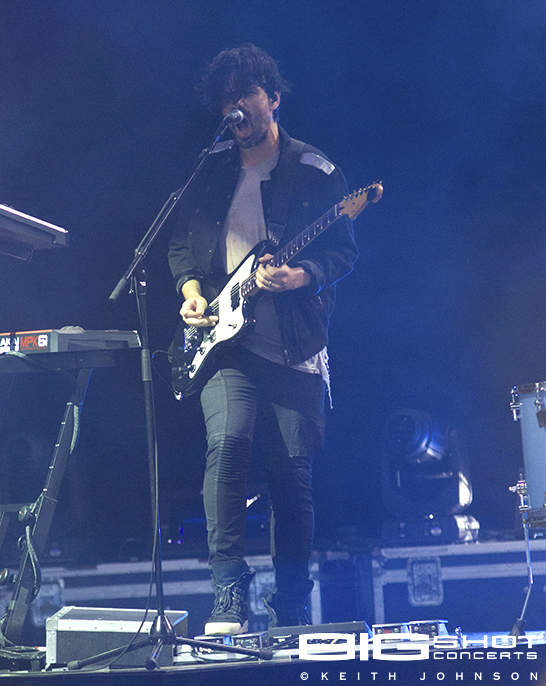 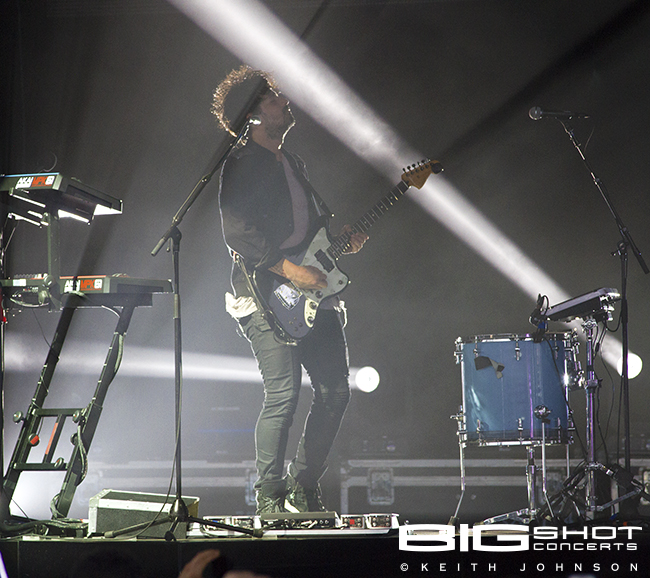 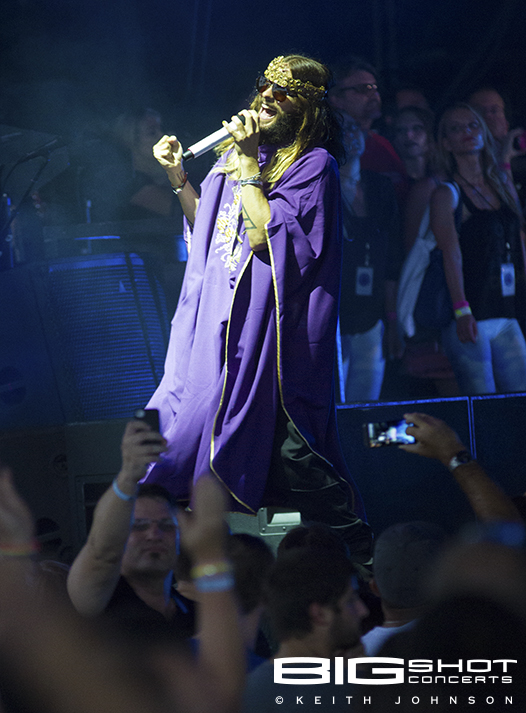 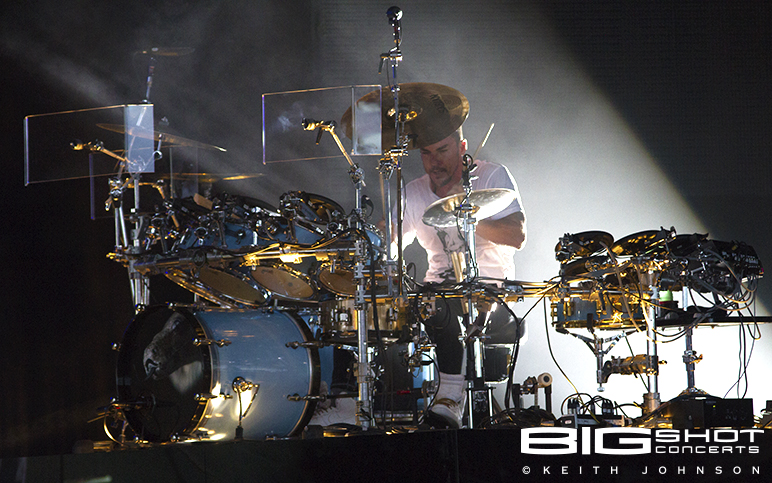 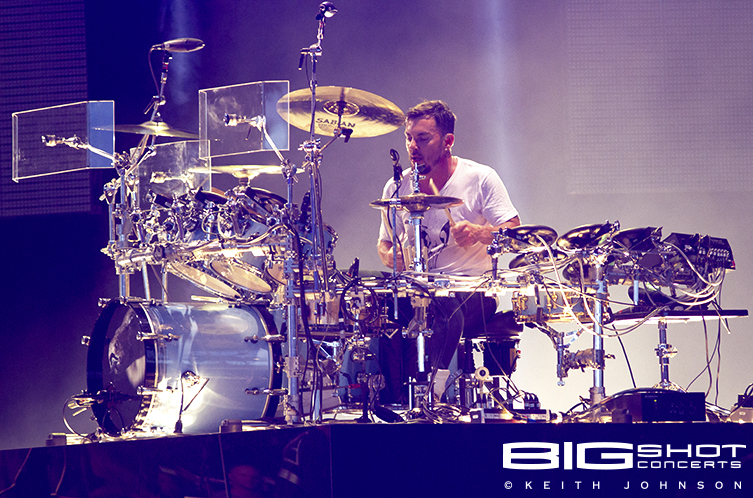 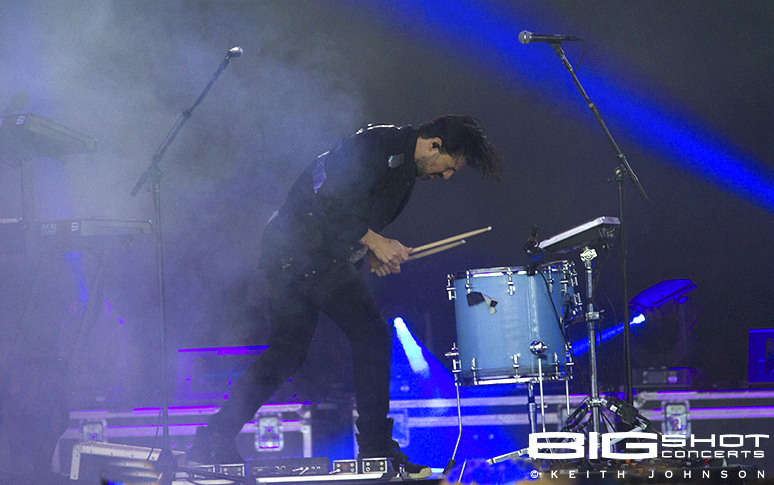 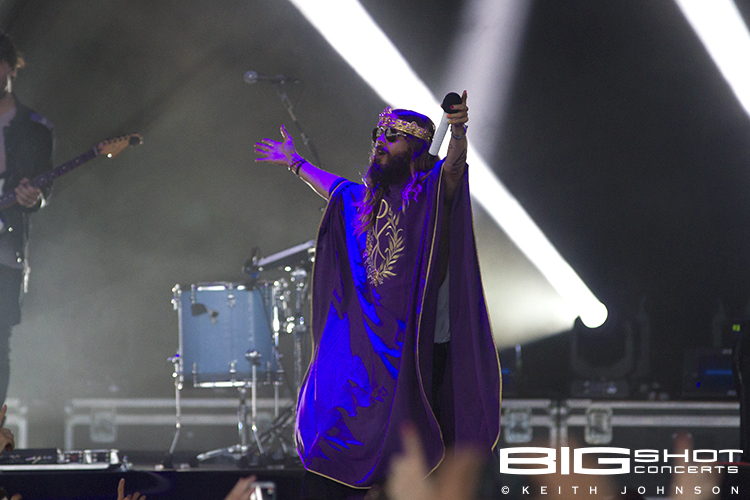