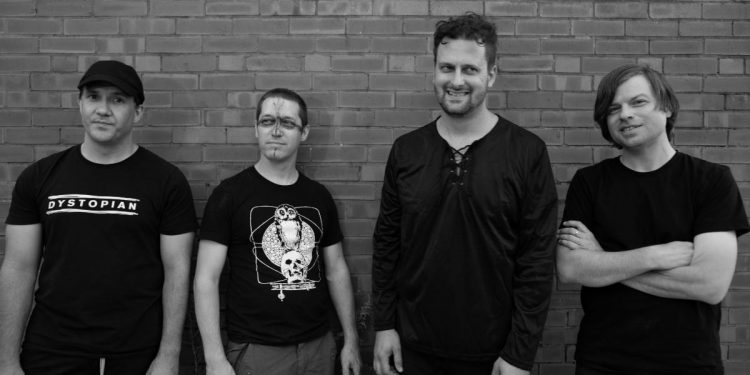 As new Chicago-based post-punk quartet Theyrgy prepares to release their Exit Strategies debut EP through their newly formed Dead Sage label next week. The premiere of new single “Hiding Your Face In The Wall” will be hosted by Captured Howls.

Recorded by John E. Bomher at Horse-Drawn Productions, Exit Strategies was produced and mixed by Theyrgy, except for “Hiding Your Face In The Wall”, which was mixed by Sanford Parker (Voivod, Yob, Indian) at Hybercube, and mastered by Josh Bonati at Bonati Mastering. Kathleen Keane (Drovers, Gaelic Storm) is a guest contributor on the track “Dreamcatcher,” and the record is completed with cover art by Mirek Iskra, layout and logo by Pono Design Studio, and photos by Okbritknee.

The band offers on the inspiration behind the “Hiding Your Face In The Wall” single, “The song was inspired by the mysterious death of Netta Fornario who, in August of 1929, answered the call to the island of Iona, a place of pilgrimage. Netta was a member of the Rosicrucian Order of Alpha et Omega, an occult movement seeking the truths of the ancient past. This island set apart, this motherland of many dreams, still yields its secret, but it is only as men seek that they truly find. To reach the heart of Iona is to find something eternal.” 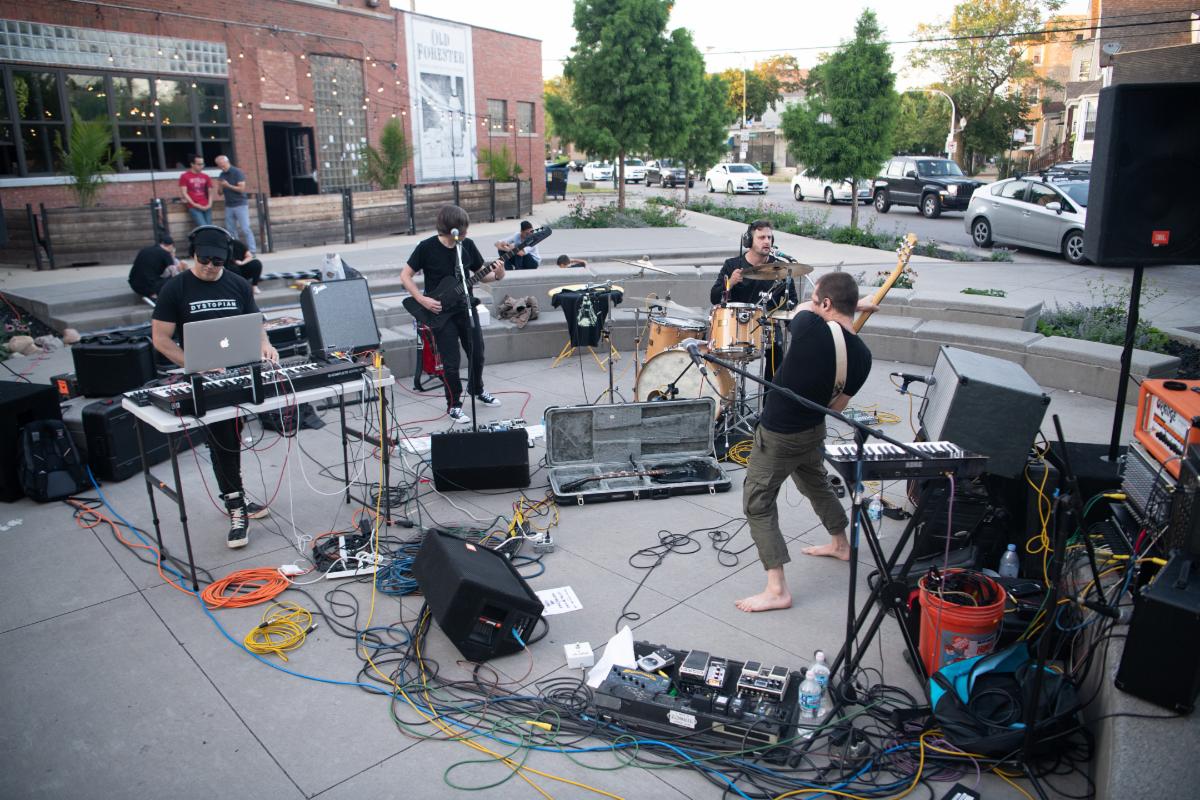 Captured Howls writes in part, “The song’s sprawling length feels aptly suited to the musical experience that the band appear to be after – as those lyrics might suggest, there’s a whole lot of foreboding atmosphere packed in here, as if the track has sonically captured a spiritual smoke that slowly seeps through your pores. Even when the ‘traditional’ instrumentation takes the spotlight – and there’s truly some great groove in here – there’s a still a sense of creeping instability. Ultimately, the interplay between the synths and more traditional instrumentation seems to perfectly capture a sense of ominous unease.”

Theyrgy will release Exit Strategies through their Dead Sage label on August 21st on digital platforms, as well as a limited run of CDs, which features an unconventional and reimagined cover of “Sanity” by Bad Religion. 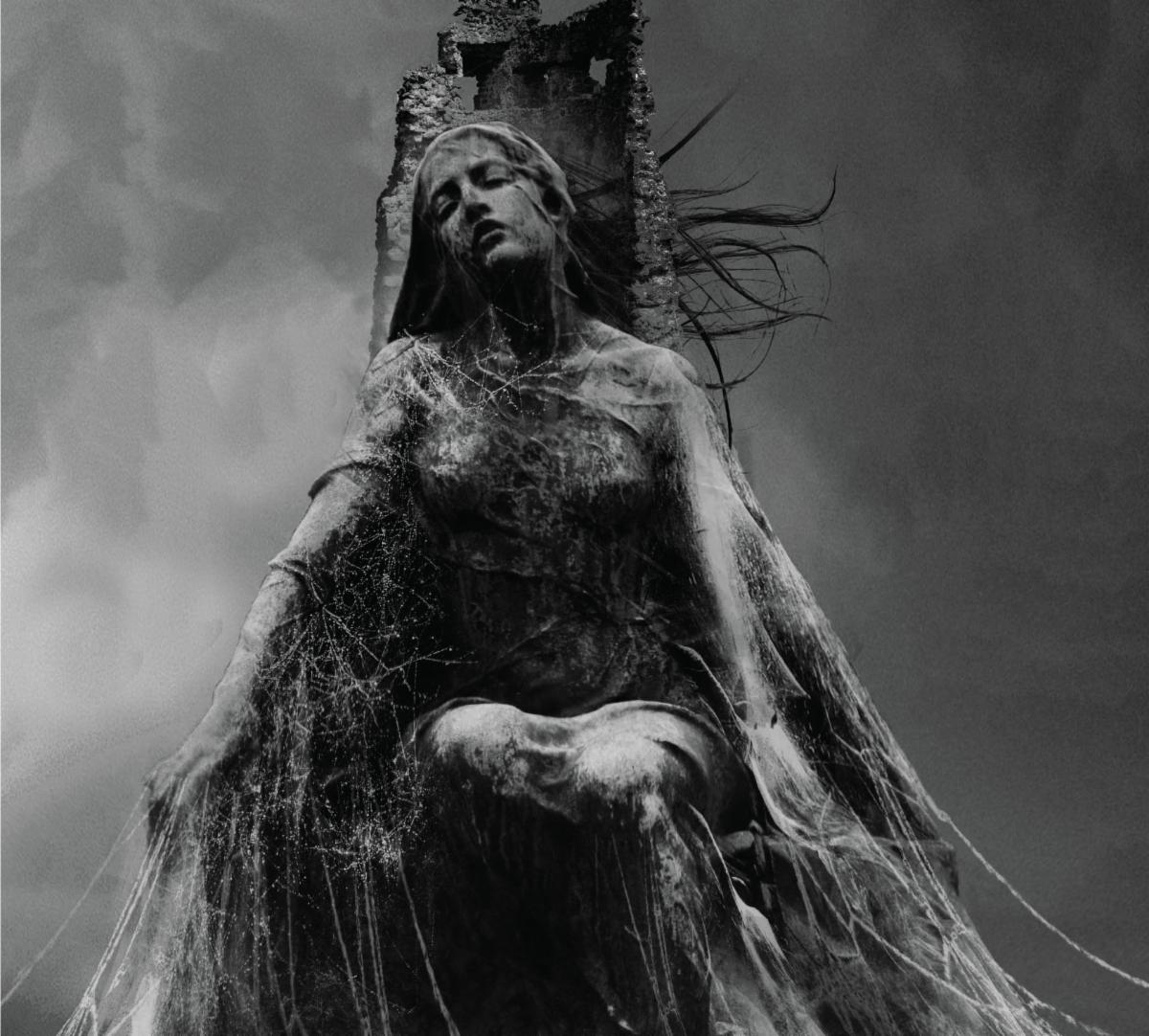 Find preorders and more at Bandcamp where prior single “Walk Away” is streaming HERE.

Theyrgy was formed in February 2018 by John Doyle (I Decline,13 Flowers), John E. Bomher (Yakuza, Iklatus), Michael Fabiano, and Tony Hooper. Drawing inspiration from post-punk, industrial, and shoegaze artists, the band’s music aims to radiate light from within the dark spaces resonating inside and outside the listener. One improvisational session led to the backbone of Theyrgy’s Exit Strategies, after which the initial bursts of ideas were then refined and edited over time until they became fully realized songs.