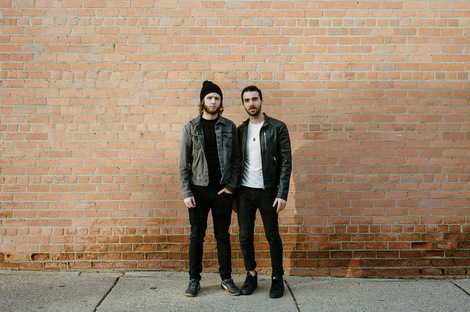 With the uncertain times we are living in, there are bands like Detroit alt-rock noisemakers The Messenger Birds who have just the right words to say in their songs. The power-packed duo The Messenger Birds “Play Dead (Just For Tonight)” Video is a moving single that touches on current themes with provocative visuals and a strong message delivered through a refined musical tone.

The single can be purchased here.

During the past few years, The Messenger Birds — Parker Bengry (vocals, guitar) and Chris Williams (drums, vocals) — have released a series of singles filled with heavy riffs and catchy hooks that belie their status as a 2-piece, including “Self Destruct,” “No Pardon,” and the widely popular “Phantom Limb,” which has accumulated nearly 5 million streams on Spotify, with the video logging about 28,000 views on YouTube. Overall, the band has around 100,000 Spotify listeners monthly.

Drawing comparisons to bands like Queens of the Stone Age, The Black Keys, Royal Blood, Highly Suspect, Arctic Monkeys, and Nirvana, The Messenger Birds have gained a reputation for loud and energetic live shows. In addition to touring with bands like Wilson and ‘68, The Messenger Birds are known for their scorching set at the 2019 Mo Pop Festival alongside Tame Impala, Lizzo and Vampire Weekend.

Like each track from The Messenger Birds, “Play Dead” offers a vignette that attempts to make sense of the surreal nature of the reality the song’s character exists in.

The band explains the inspiration behind “Play Dead”:

“Play Dead is one of the songs we were most surprised by when we wrote it. It always felt a bit haunting and intense, certainly a slight change in tone musically for us, but it is a song that we hold very close to our hearts.

Most of the lyrics were written in one afternoon while we were driving through the Appalachian Mountains on tour. Inspired by real events and conversations, the track takes a perspective on the uniquely strange, incredibly surreal, borderline dystopian times we are living in. Though we didn’t write or record “Play Dead” in the wake of this COVID-19 outbreak, the song seemed equally relevant, maybe even found new meaning over a year later.

Things have gotten real weird, to say the least. A lot is uncertain, and many people are struggling and not getting the help or support they desperately need, and it’s easy to get caught up in all the negatives. Really easy. But there are positives to be found too.

This is a time of uncomfortable isolation—we tried to highlight elements of that in the visuals we put together for this song—but despite that, people are finding creative ways to stay connected and survive this pandemic together. And if we as a global community can collectively be patient, put aside petty politics, ignore the noise, and support each other as fellow human beings, then we’re going to come out better for it.”

Steve Lehane at Rustbelt Studios engineered, mixed and produced “Play Dead.” The song was mastered by Paul Blakemore. Directing and producing duties for the video for the track were handled by the band. 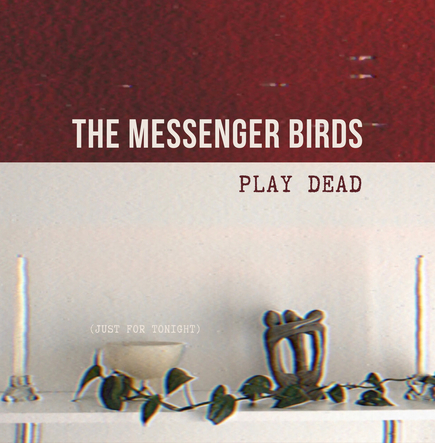 Media accolades for The Messenger Birds:

“Like rock duos Royal Blood and Japandroids before them, The Messenger Birds shred with the intensity of at least five musicians.”
– Lake Schatz, Consequence of Sound

About The Messenger Birds
The Messenger Birds is not a rock band. It’s just two guys. But there is more to this two-piece than meets the eye and a lot of noise to back it up. The Messenger Birds have quickly gained a reputation for putting on an intensely loud and energetic live show, and if you weren’t paying attention, you’d think there were five people on stage. With catchy hooks, monster riffs, and unapologetic lyrics, their Detroit brand of alt-rock is often reminiscent of bands like Queens of the Stone Age, The Black Keys, Arctic Monkeys, and even Nirvana. Over the last year and a half, The Messenger Birds have released a series of singles, including “Self Destruct,” “No Pardon,” and the widely popular “Phantom Limb,” which has accumulated nearly 5 million streams on Spotify since hitting the platform on Halloween of 2018. Each track offers vignettes that attempt to make sense of the surreal nature of the reality each character exists in – disillusioned in a time laden with divisiveness, isolation, and uncertainty. The duo has toured heavily, supporting such acts as ‘68, Wilson, The Fall of Troy, and others, and also played Detroit’s 2019 Mo Pop Festival alongside Tame Impala, Vampire Weekend, Lizzo, Kali Uchis and many more.