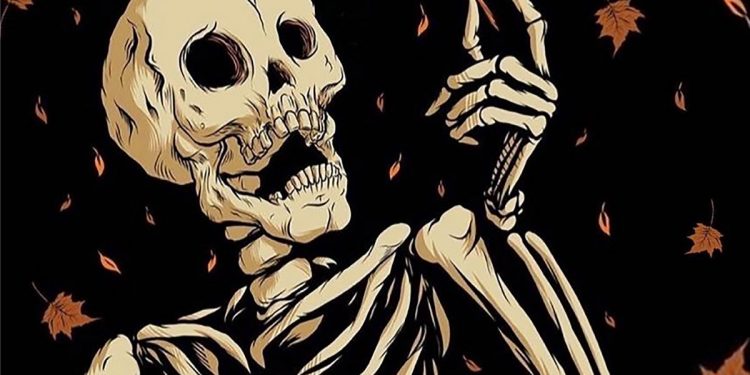 Louisville, Kentucky-based psychedelic punk unit, The Glasspack Candy Apples And Razor Blades EP is the band’s first recorded material in over a decade. Featuring various Misfits and Samhain covers, the eight-track offering is available for free via Bandcamp and serves as a teaser to the band’s forthcoming new full-length, Moon Patrol, set for release in 2021 via Small Stone Records.

Comments vocalist “Dirty” Dave Johnson, “I asked the guys if we could record something special this year to give away for free. So, we quickly recorded some punk rock and metal favorites with a dash of The Glasspack flavor at DeadBird Recording Studios in Louisville. As a punk rock kid in Louisville, I fell in love with these songs immediately and still carry them with me as an adult. I never outgrew them, or maybe I just didn’t grow up. It doesn’t matter. I will likely sing some of them ’til I am ashes. This is the first actual studio recording THE The Glasspack has released for many years. It is also the first The Glasspack record of which I do not play guitar. I only did the vocals.

“I am also in the process of finishing up the lyrics and vocals for our upcoming Moon Patrol album,” he continues, “which is a full-length record of all original The Glasspack material. The music is finished. Once I finish the lyrics and vocals, we will go into the studio and knock it out. COVID-19 has derailed some of our plans but this album will still be released at some point next year.”

The Glasspack – named after the high-flow, fiberglass filled automobile muffler of the same name – was forged in 1999 by frontman and Louisvillian native “Dirty” Dave Johnson in hopes of giving a better alternative to the classic and hard rock played on the radio. In that time, the band has released four full-lengths and two EPs, in addition to splits and countless compilation appearances. Music from The Glasspack has been featured in MTV shows Viva La Bam and Homewrecker, FX’s Sons Of Anarchy and Go Fast Pull Up: The Jimmy Levan Story documentary as well as MLB 2K5 and Amped 3 video games, both made by 2K Sports. The band’s most recent full-length, Dirty Women, was released via Small Stone Records in 2007 and landed THE GLASSPACK a sold-out headlining spot for their first trip to Europe at Netherlands’ Roadburn Festival in 2008. Alarm crowned the band the, “purveyors of the dirtiest blues around,” while Aural Innovations wrote, “The band play with an attitude; an in-your-face, fuck off, I’m-gonna-drink-your-beer-fucker, kind of attitude…”