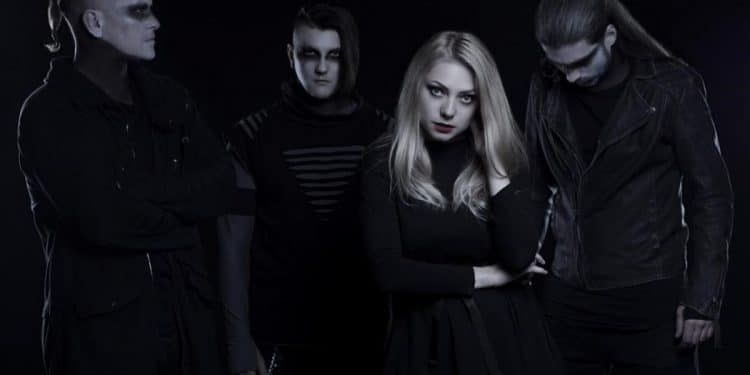 The End of Melancholy video “The Immigrant Song” by Led Zeppelin is a new twist on a classic tune. The cover by Russian alt/goth-metal band comes from their latest album, Nature Unleashed.

“We always loved this great band and in honor of their huge contribution to music, we decided to do a cover,” the band says. “There’s a line in lyrics, ‘We come from the land of the ice and snow, from the midnight sun where the hot springs flow.’ Our band is from cold Russia, so we know what we’re singing about!”

The End of Melancholy Video “The Immigrant Song”

Nature Unleashed is available now digitally on Spotify and Bandcamp, and as a limited-edition CD including a jewel box, slipcase and 16-page booklet at https://theendofmelancholy.bandcamp.com/album/nature-unleashed

The End of Melancholy was founded in 2014 in Saint Petersburg, Russia, and was quickly recruited to perform with such bands as Motionless in White, Theatres des Vampires and Hanzel und Gretyl . Their 2019 album Paradox Intention was supported with two European tours, making stops in Poland, Lithuania, France, Czech Republic, Hungary, Belgium, Switzerland and Estonia. Later that year, The End of Melancholy was chosen by Motionless in White to support the American band at their first Russian show. The following year, the band signed on with Massive Music, one of the largest European booking agencies.

In addition to Paradox Intention, The End of Melancholy has released numerous videos, including a cover of Lord of the Lost ’s “ Black Halo ” and the originals “ Monster’s Feeling,” “ Genesis,” “ Peaceful Warrior,” “ The Demon ” and “ Dolphins.”

The End of Melancholy online: