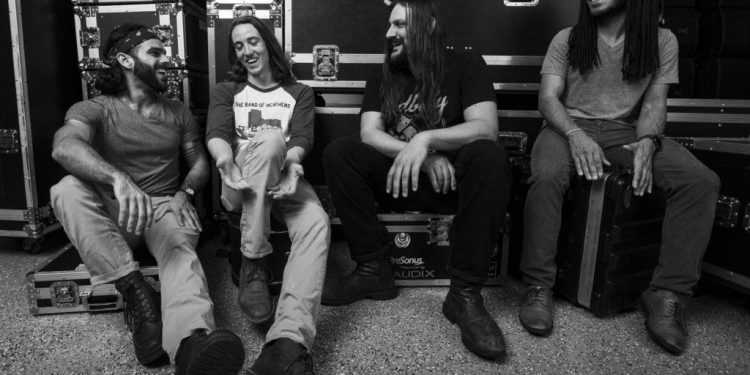 Florida-based stoner/retro rock unit The Electric Mud is pleased to unveil their official lyric video for “A Greater Evil.” Now playing at The Obelisk, the track comes by way of the band’s Burn The Ships full-length, set to drop September 25th via Small Stone Records. 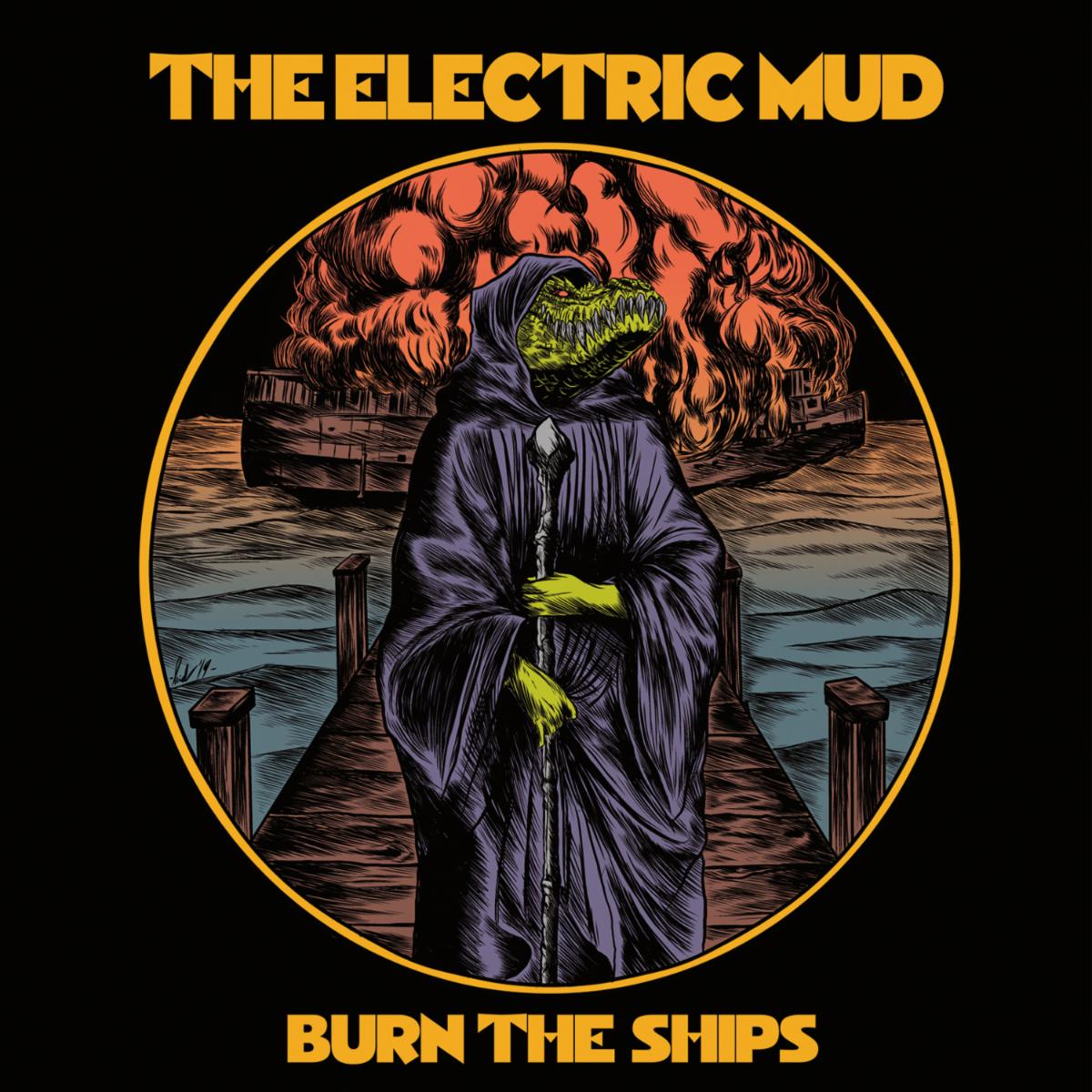 Writes The Obelisk, ” The recording is modern but organic, the pace is uptempo but not harried, and though the lyrics of ‘A Greater Evil’ take a social stance – from 2019! ah, simpler times! – they seem to purposefully do so through storytelling rather than soapbox-style opining… the band tap into a heavy rock vibe that feels natural and maybe even straightforward, but is still remarkably difficult to pull off without falling flat. If the endorsements behind them – i.e., the label logos on Burn The Ships – don’t speak of their not-fallen-flat three-dimensional status, then surely ‘A Greater Evil’ itself will.”

Find the band’s previously-released video for opening track, “The First Murder On Mars” at THIS LOCATION.

Following an independent unveiling by the band last year, Burn The Ships will see official release on CD and digital formats via Small Stone as well as limited edition vinyl via Kozmik Artifactz. For preorders, visit the Small Stone Bandcamp page at THIS LOCATION. Fans of The Sword, Radio Moscow, Clutch, Captain Beyond, The Allman Brothers, and the like, pay heed.

Crawling from the humid, mangrove-choked banks of the Caloosahatche River, The Electric Mud drifted from late night jam sessions, backyard keggers, and a revolving cast of members until one night, in the taproom of a closed up brewery, Peter Kolter, Pierson Whicker, Tommy Scott, and Constantine Grim found themselves in an old fashioned Morricone-style standoff. Each had reputations around their Florida town as serious musicians and hard workers, and after throwing lightning bolts around the room for a few hours it became clear that they had found not just a band, but a sound. Alongside their love for the Allman Brothers and Lynyrd Skynyrd and their shared Florida roots, came also a deep appreciation for the proto metal of Black Sabbath and the prog metal of Mastodon, and the band aimed to slow cook it and serve it to the masses. After countless hours of grueling rehearsals and gigging in the dives and biker bars of their hometown, THE ELECTRIC MUD released its debut album, Bull Gator, in 2018, and hit the road.

With hard work came opportunity that found the band opening not just for Southern rock legends such as Molly Hatchet, Blackfoot, The Devon Allman Band, Brother Hawk, and others but also winning a tri-state battle of the bands competition that drew the eye of Matt Washburn owner/operator of Ledbelly Sound Studio (Mastodon, Elder, Royal Thunder) in north Georgia. Washburn and the band hit it off immediately, and the band decamped to The Peach State in 2019 to write and record its follow up album, falling in along the way with the legendary Small Stone Records. The Electric Mud calls upon a punishing rhythm section and dizzying twin guitars alongside gritty, soulful vocals to remind audiences that rock and roll is a timeless, cosmic giant that never truly dies.

“The Electric Mud just might be the most perfect band name. These guys really do sound like muddy swamp monsters come to life, full of humid, muggy attitude and steamy swagger.” – Angry Metal Guy

“The Electric Mud rock and they rock hard…” – Games, Brrraaains & A Head-Banging Life

“Songs range from rocking brawlers to heartfelt blues with awesome proficiency.” – Ever Metal

“…a delightful mix of classic hard rock, US southern blues and some touches of vintage stoner rock and even doom metal here and there.” – Metal Rules