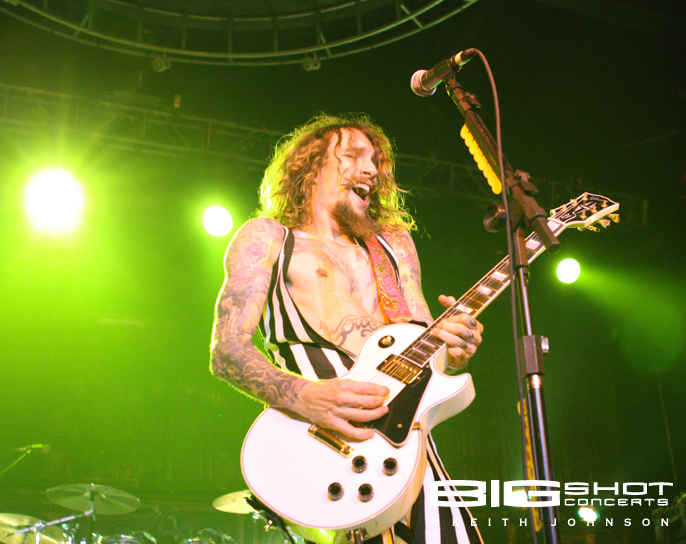 The Darkness kicked off their North American Hot Cakes tour at Revolution Live in Ft. Lauderdale with a high-intensity set that got a frenzied crowd even more fired up. Frontman Justin Hawkins took over the stage the moment he walked out and never slowed down. From thunderous guitar riffs and scorching vocals to big air leaps off the drum riser and sliding stage splits, his performance was musically acrobatic. Justin’s bandmates, his brother Dan Hawkins on guitar, Frankie Poullain on bass and Ed Graham on drums, fed off his energy and belted out some of the hardest rocking tunes south Florida has heard in a long time.

These lads are all about the concert experience — and they over-delivered with every song at the sold-out venue. With a rockin’ blend of onstage antics and straight up musicality, this is a show that will stick with people long after the concert. Anyone looking for an unforgettable night of rock -n- roll should definitely attend one of their concerts. 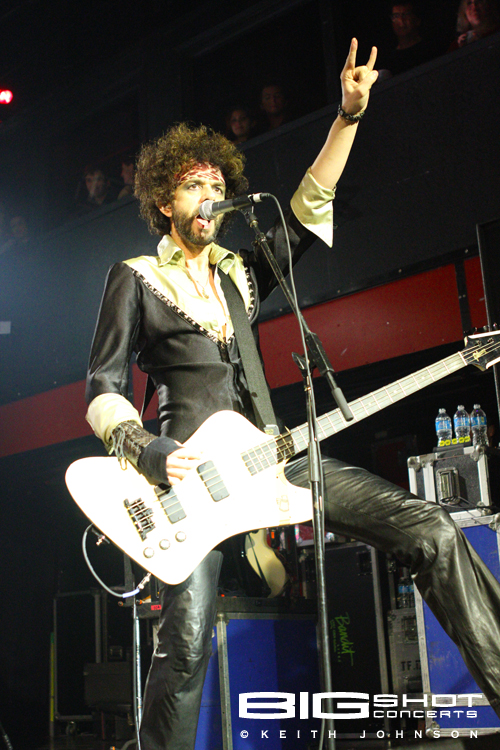 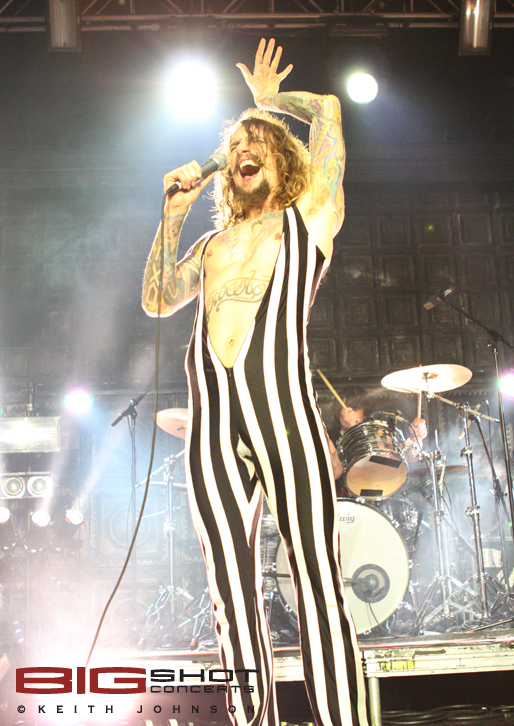 Justin Hawkins of The Darkness 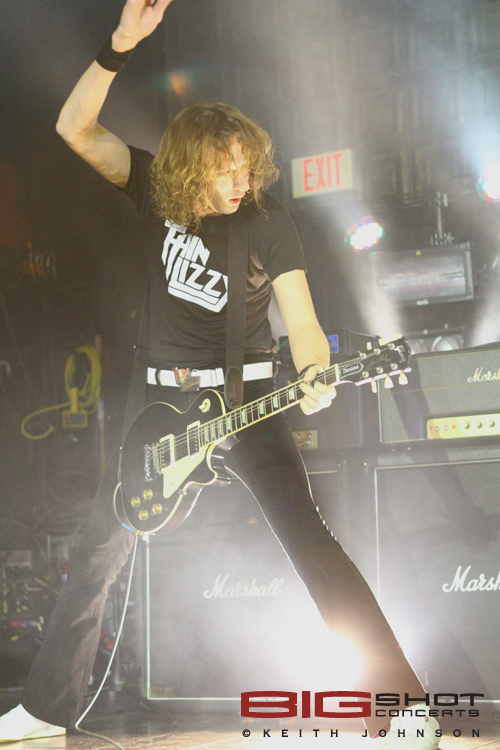 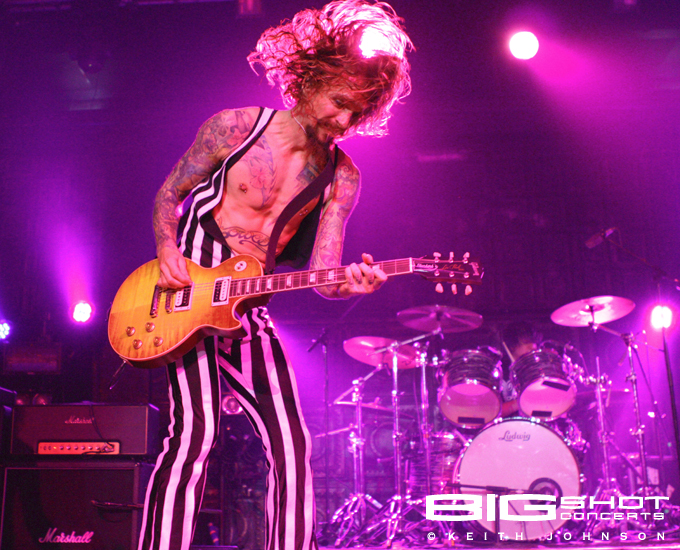 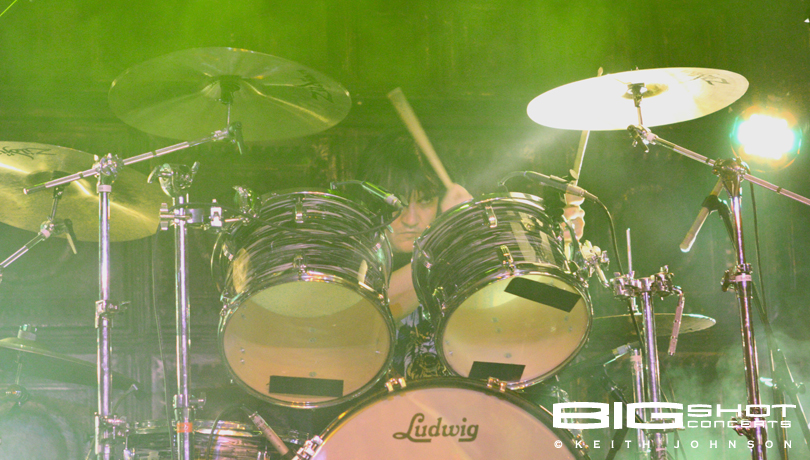 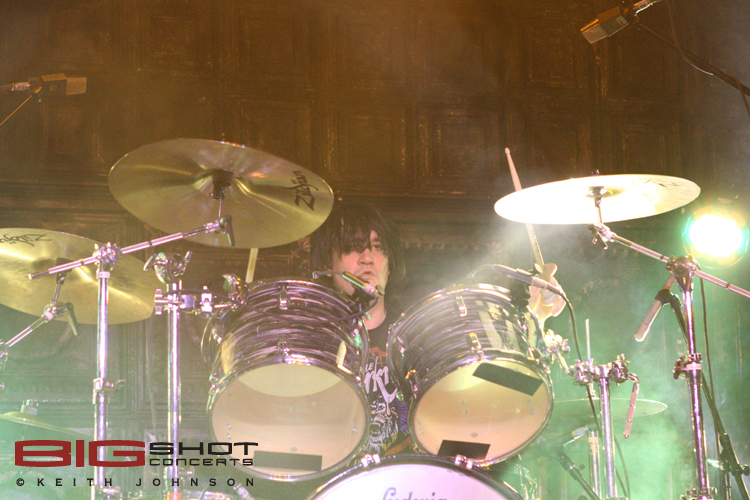 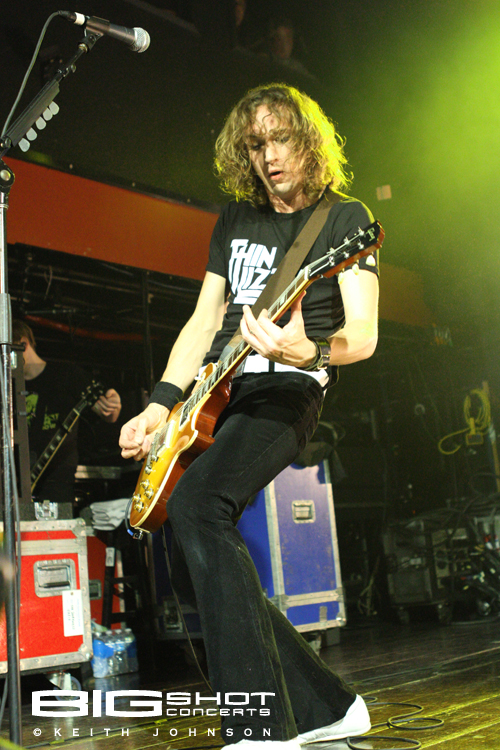 Guitar player of The Darkness 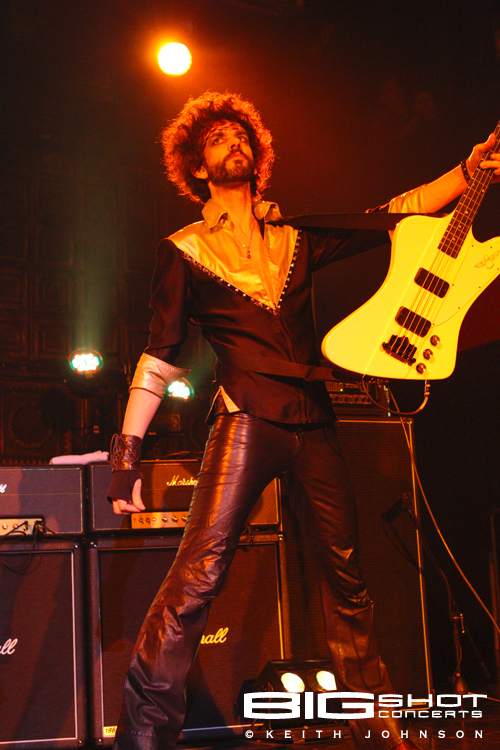 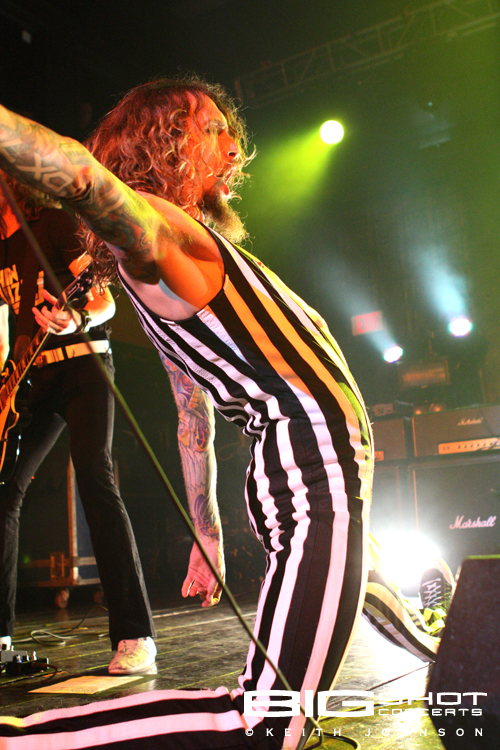 The Darkness at Revolution Live 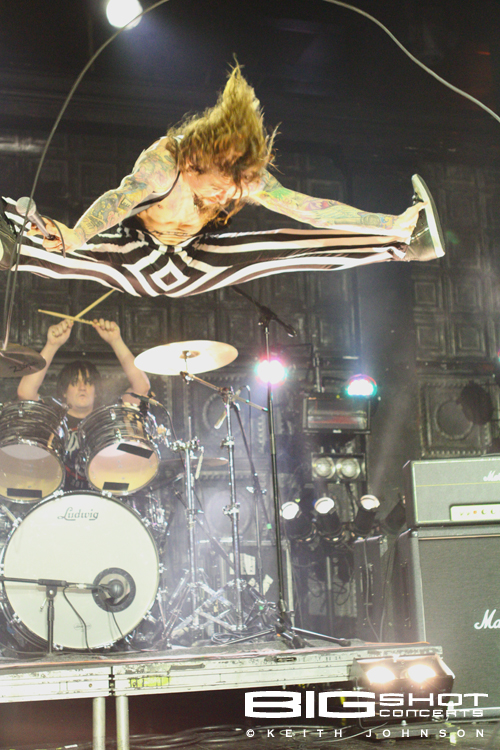 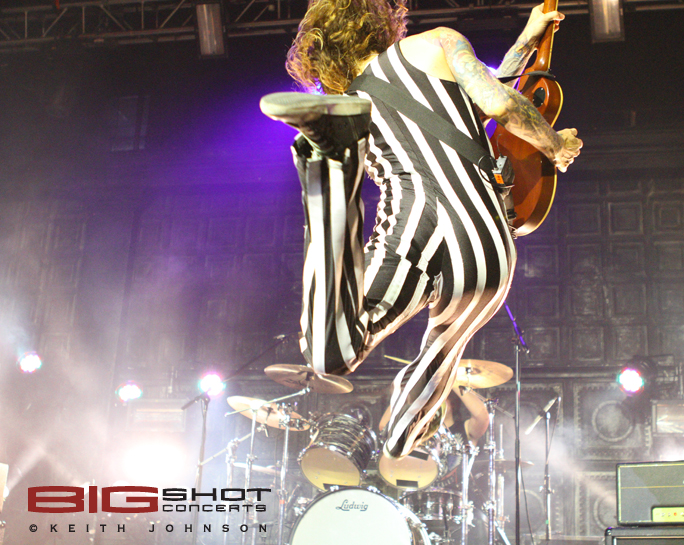 Justin Hawkins kicks up his performance

Justin Hawkins jams on his guitar