Ted Nugent Concert at The Amp in Pompano Beach, Florida 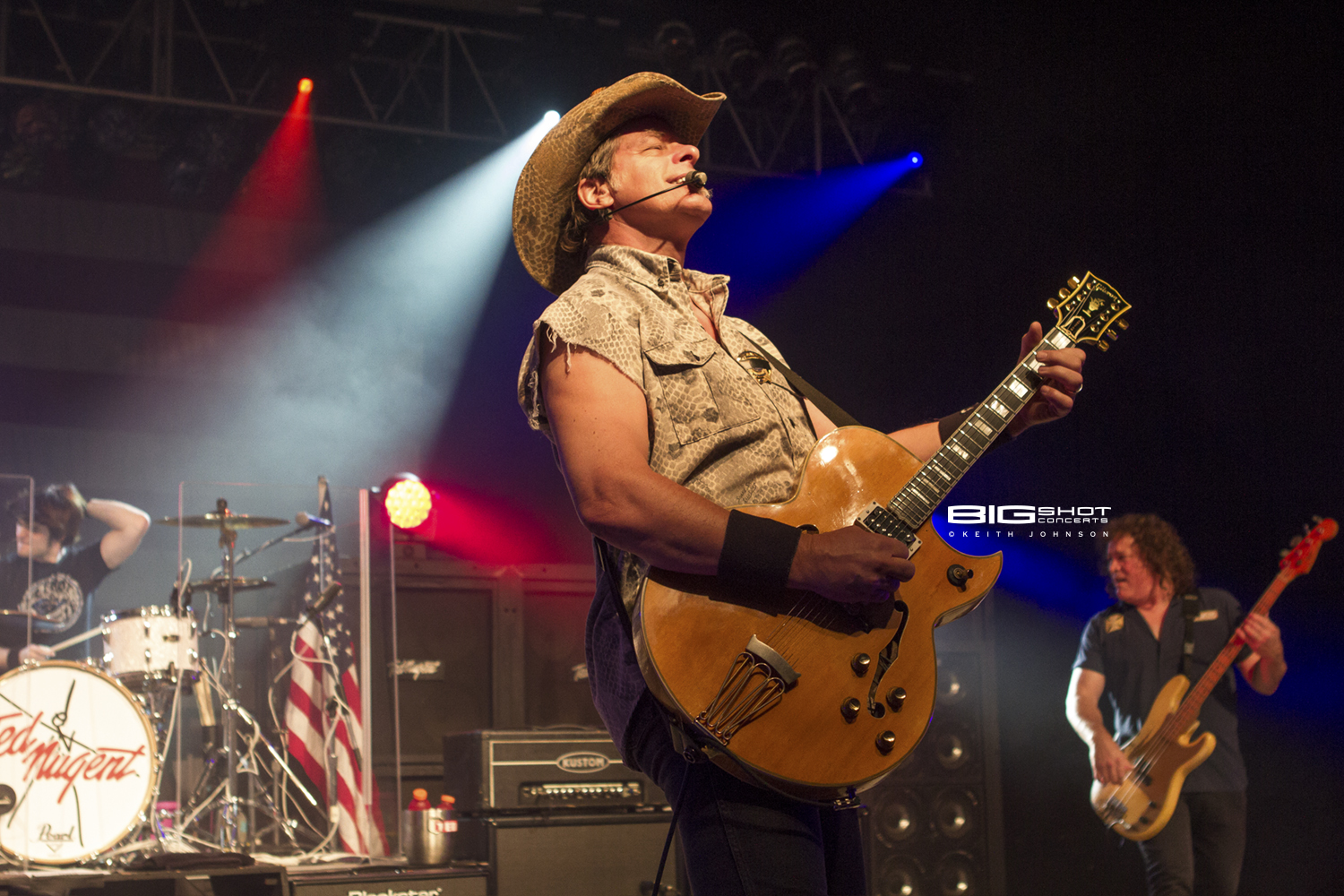 Ted Nugent set his sights on South Florida and immersed the fans with a guitar-driven concert when he brought his Sonic Baptizm Tour to the Pompano Beach Amphitheater in Pompano Beach, Florida on July 22, 2016.

In true patriotic fashion, the Motor City Madman took the stage while playing the Star Spangled Banner. His rendition brought the cheering fans to their feet on a sweltering summer night. The always outspoken, multi-talented musician then played all the tunes that made him one of the top-drawing acts of all time. No matter your views on politics, Uncle Ted always gains the support of all who come to see him perform live.

Ted Nugent’s passion for music is infectious and spread like the wind in the great outdoors throughout The Amp. Despite being 68 years old, his zest for being the alpha-dominate male is unwavering — and that’s exactly what everyone came to see. The hunter’s machismo oozed over his trademark 1962 Gibson Byrdland guitar and was amplified with every riff. From a tribute to his bow hunting friend Fred Bear to a feverish little song the whole crowd was itching to hear, Ted Nugent had everyone in a stranglehold and always hit the mark. With just hunting memorabilia and an American Flag as a backdrop, Ted Nugent proved that fiery theatrics are not needed to put on a kick ass rock and roll concert.

Georgia’s bad boys, Jackyl, warmed up the crowd with a gritty set featuring lots of raunch and roll. The hard-rocking southerners tore through the hits with plenty of high-energy enthusiasm. Their set concluded as it always does, with lead singer Jesse James Dupree playing the role of lumberjack. The hapless bar stool brought onto stage was no match for the sharp blades of the chainsaw that masterfully reduced the wooden prop to splinters. 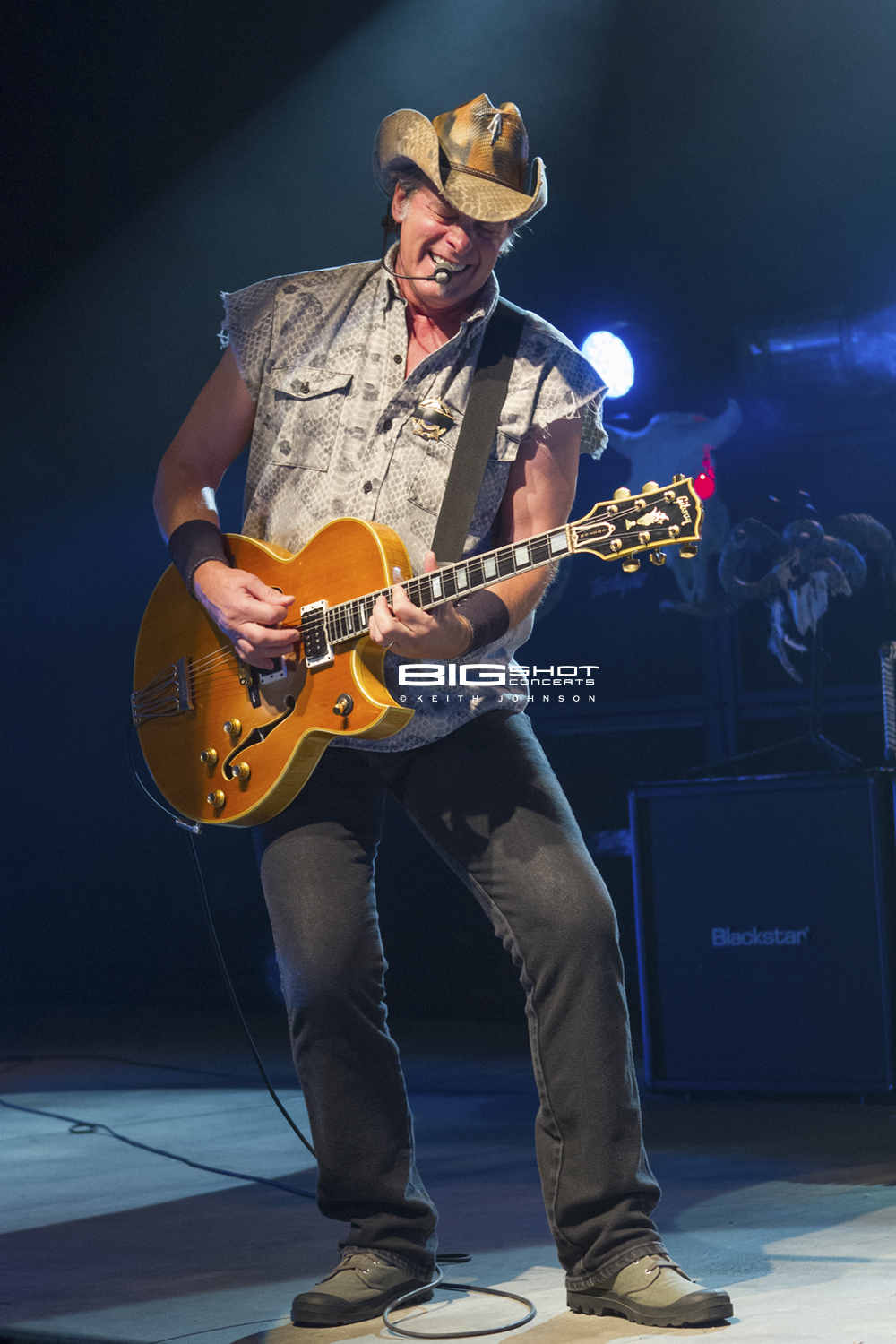 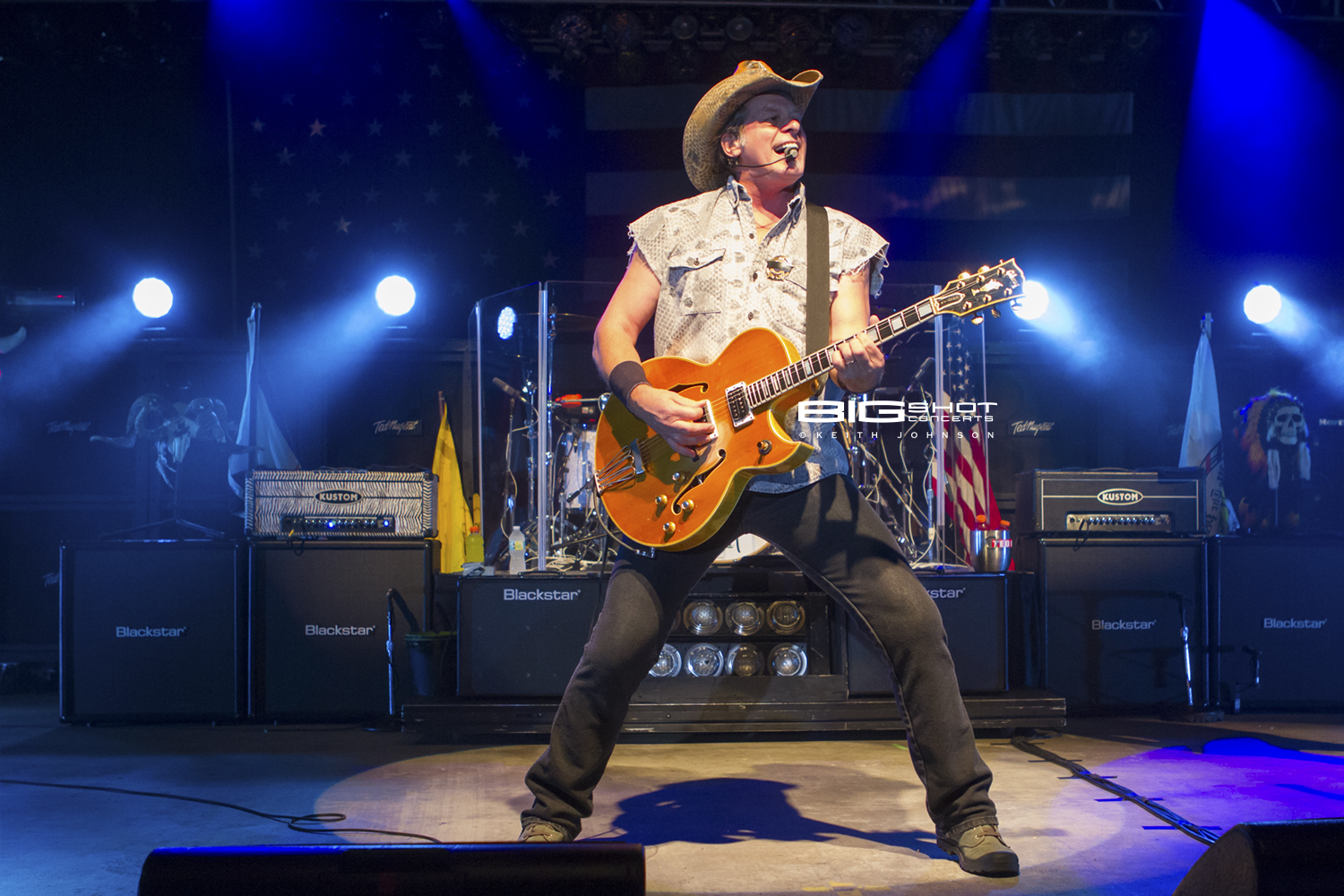 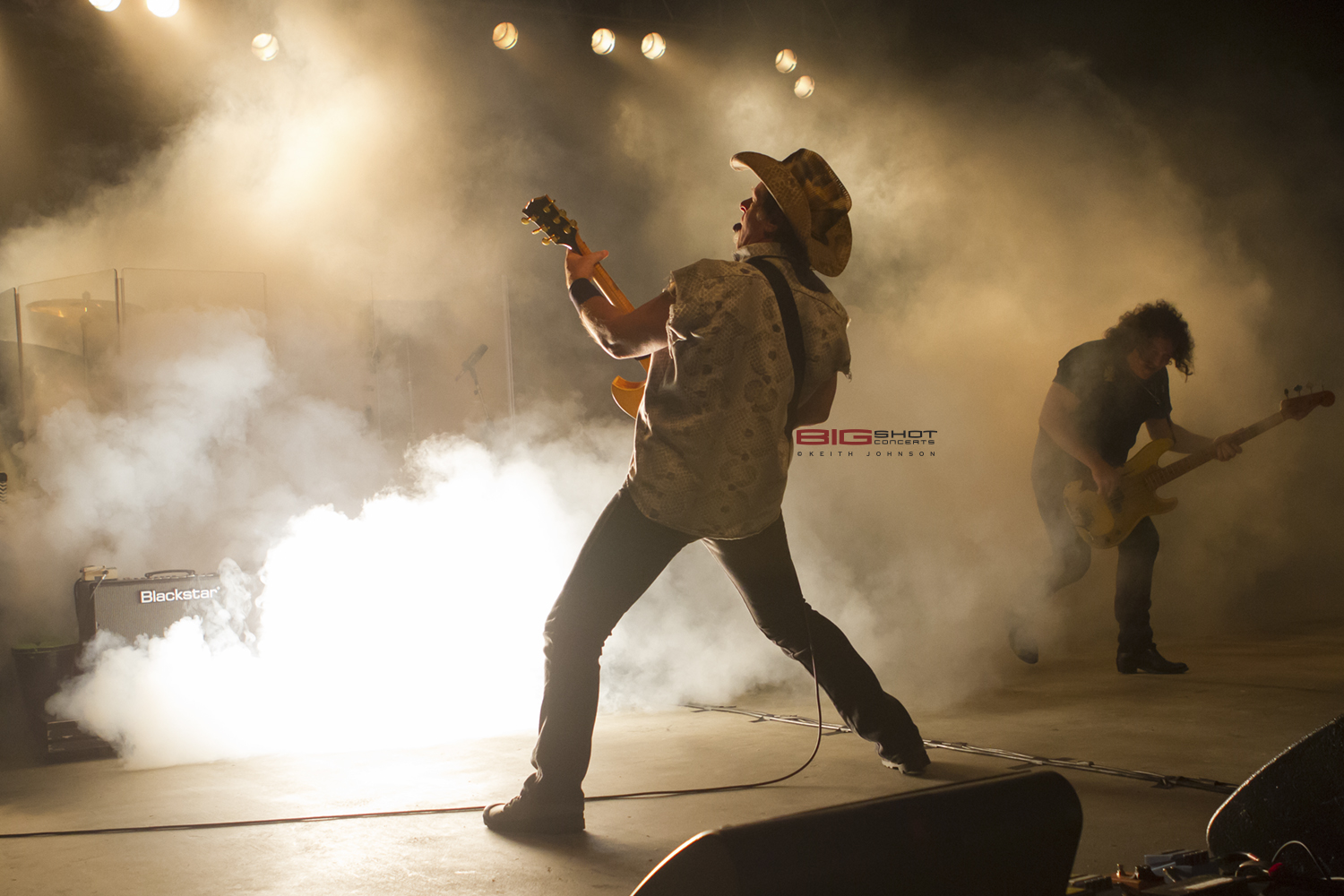 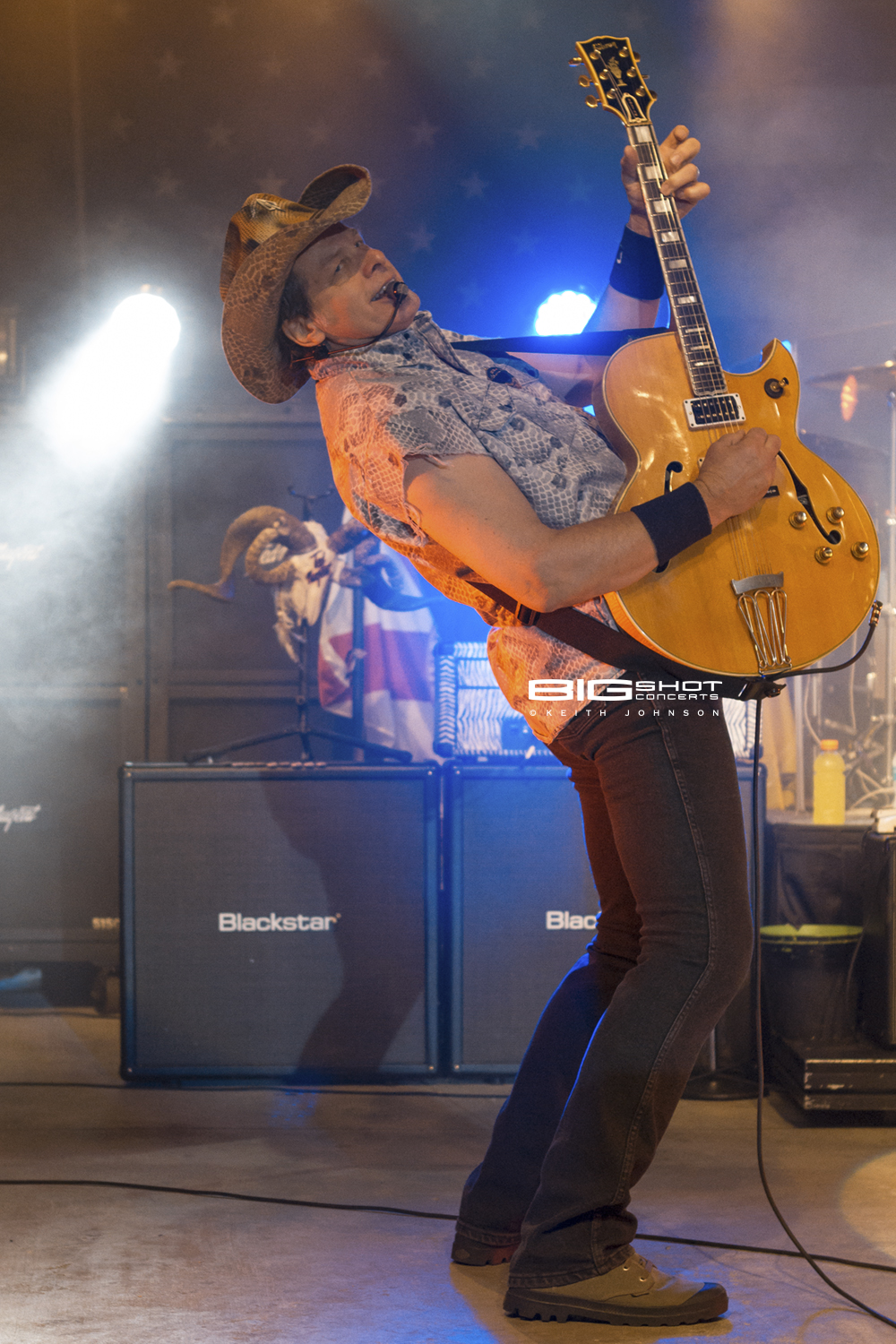 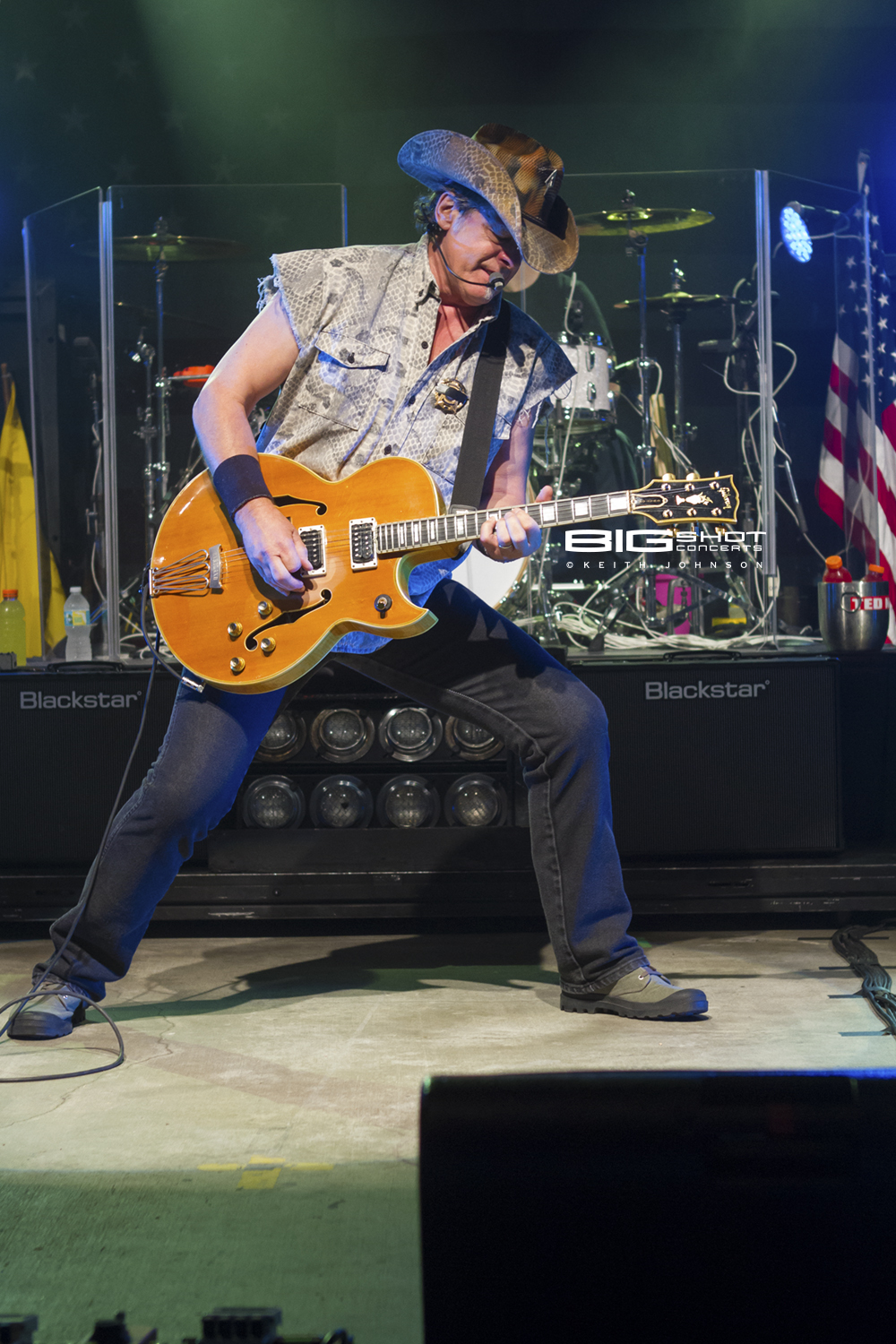 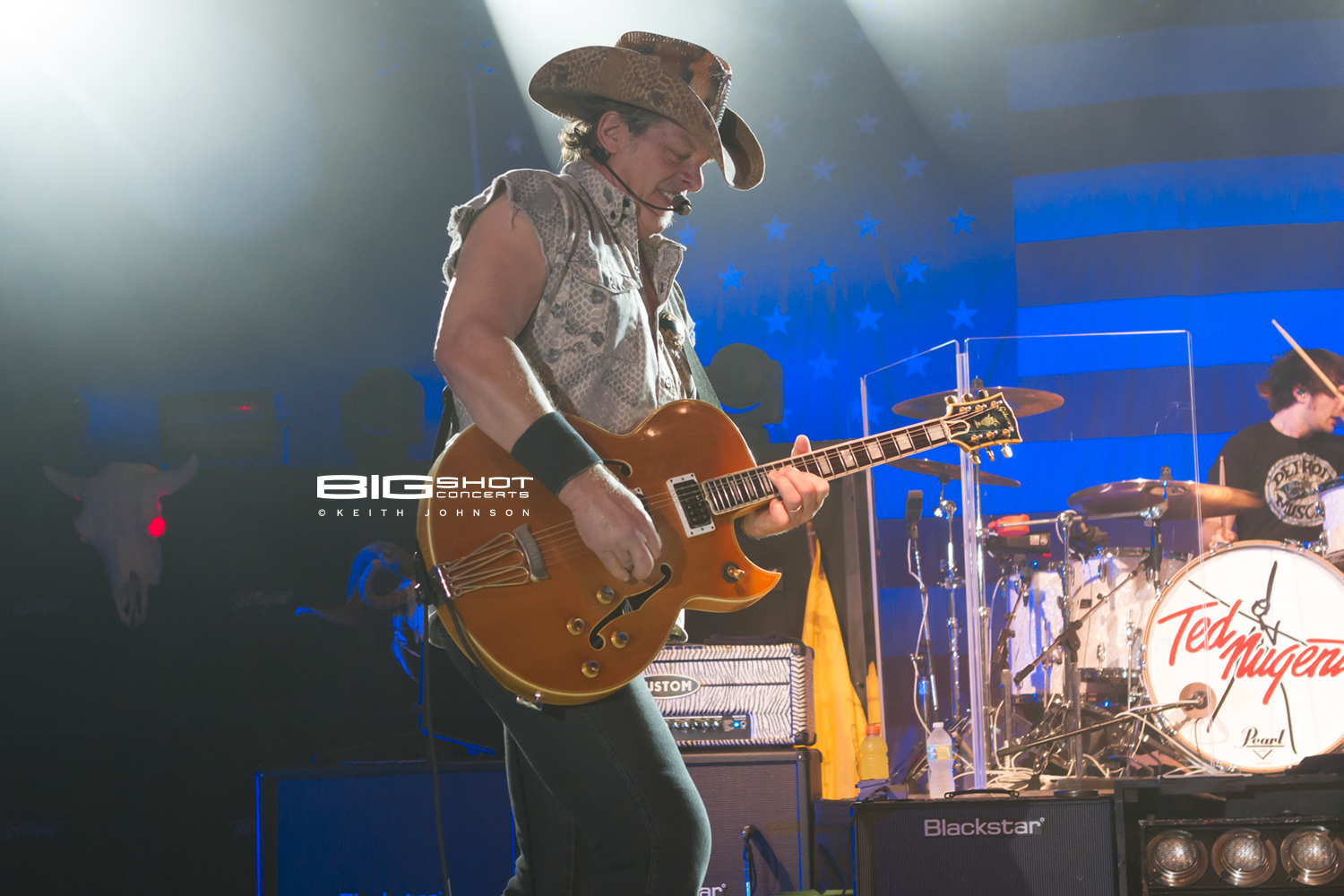 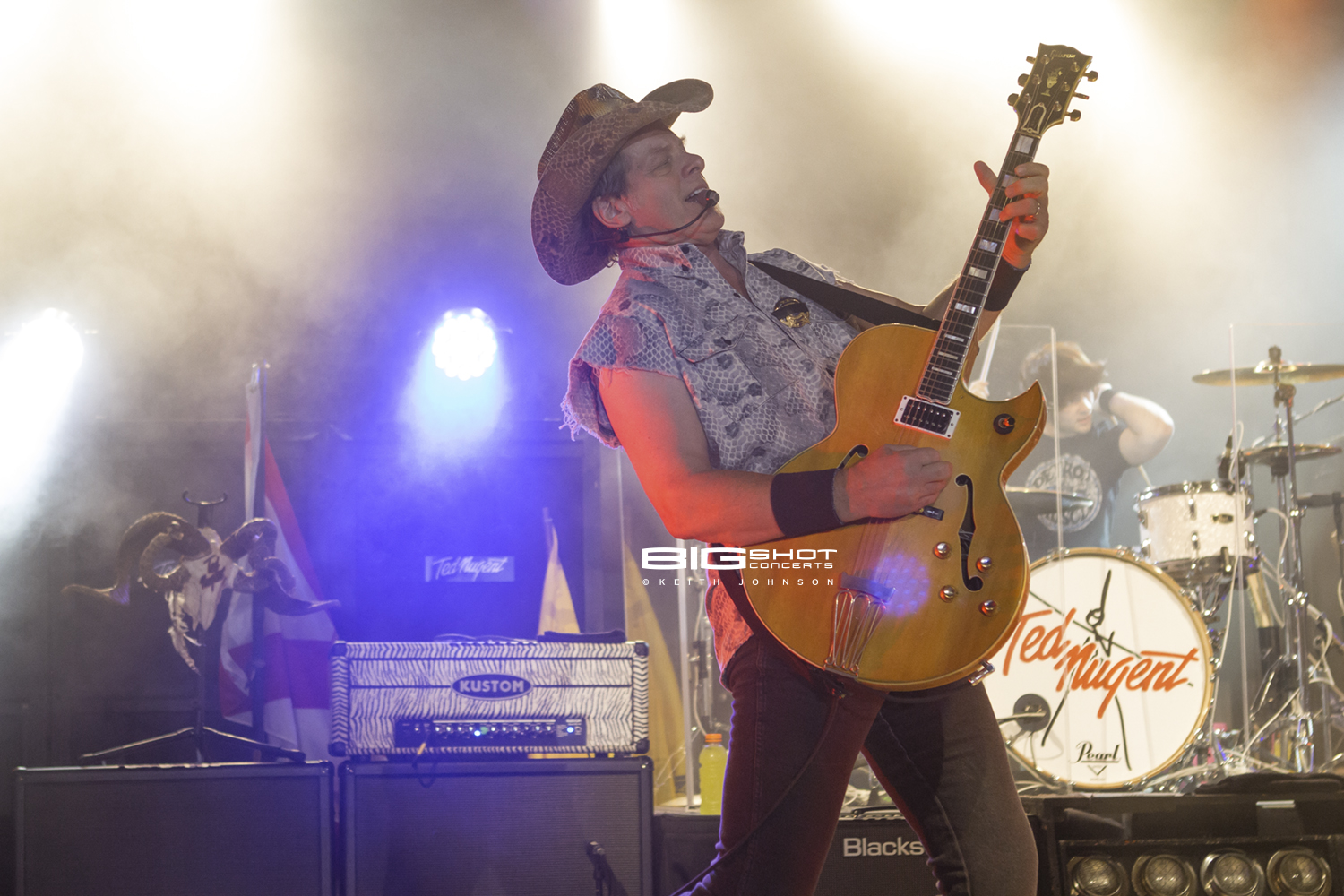 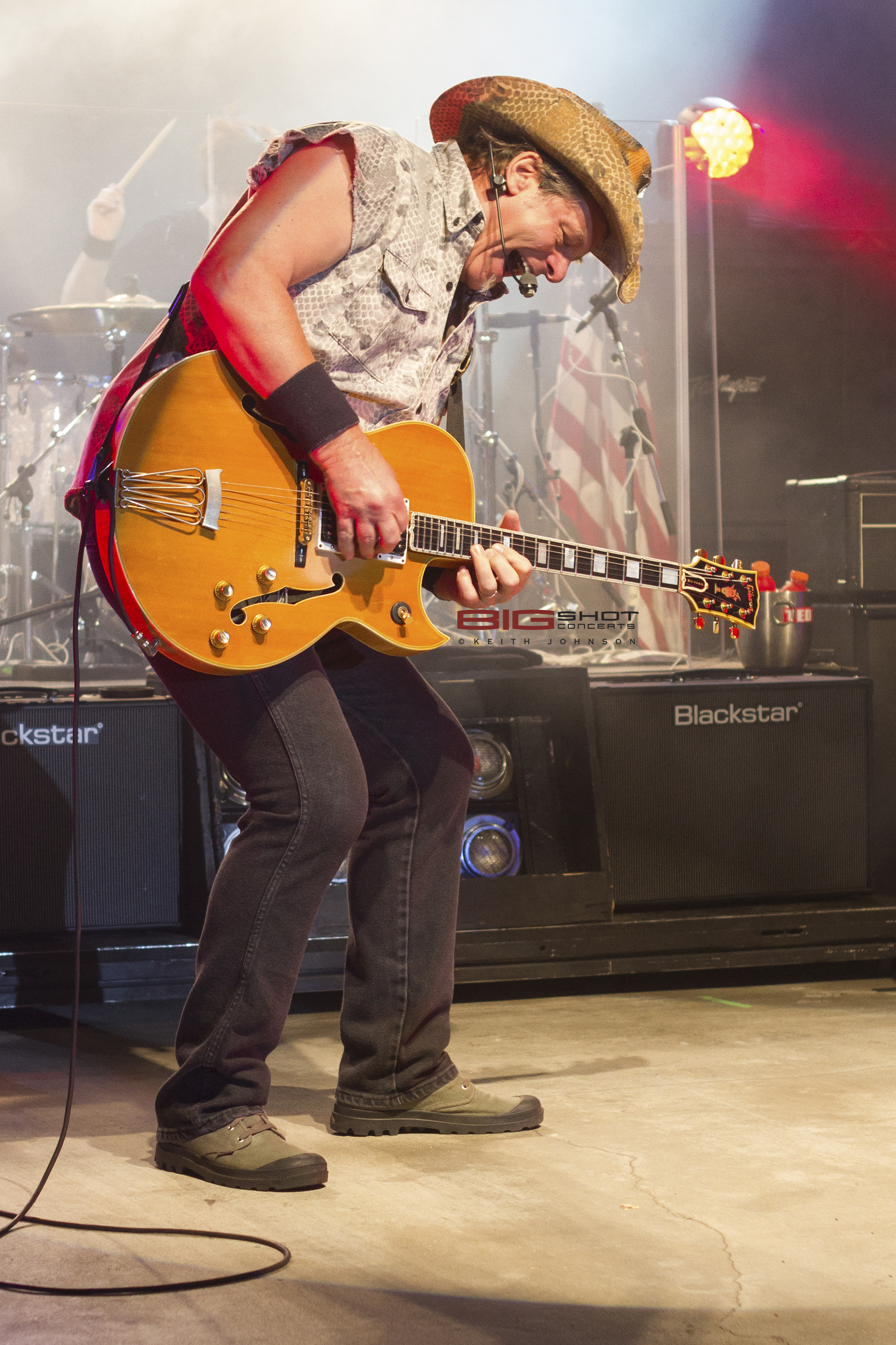 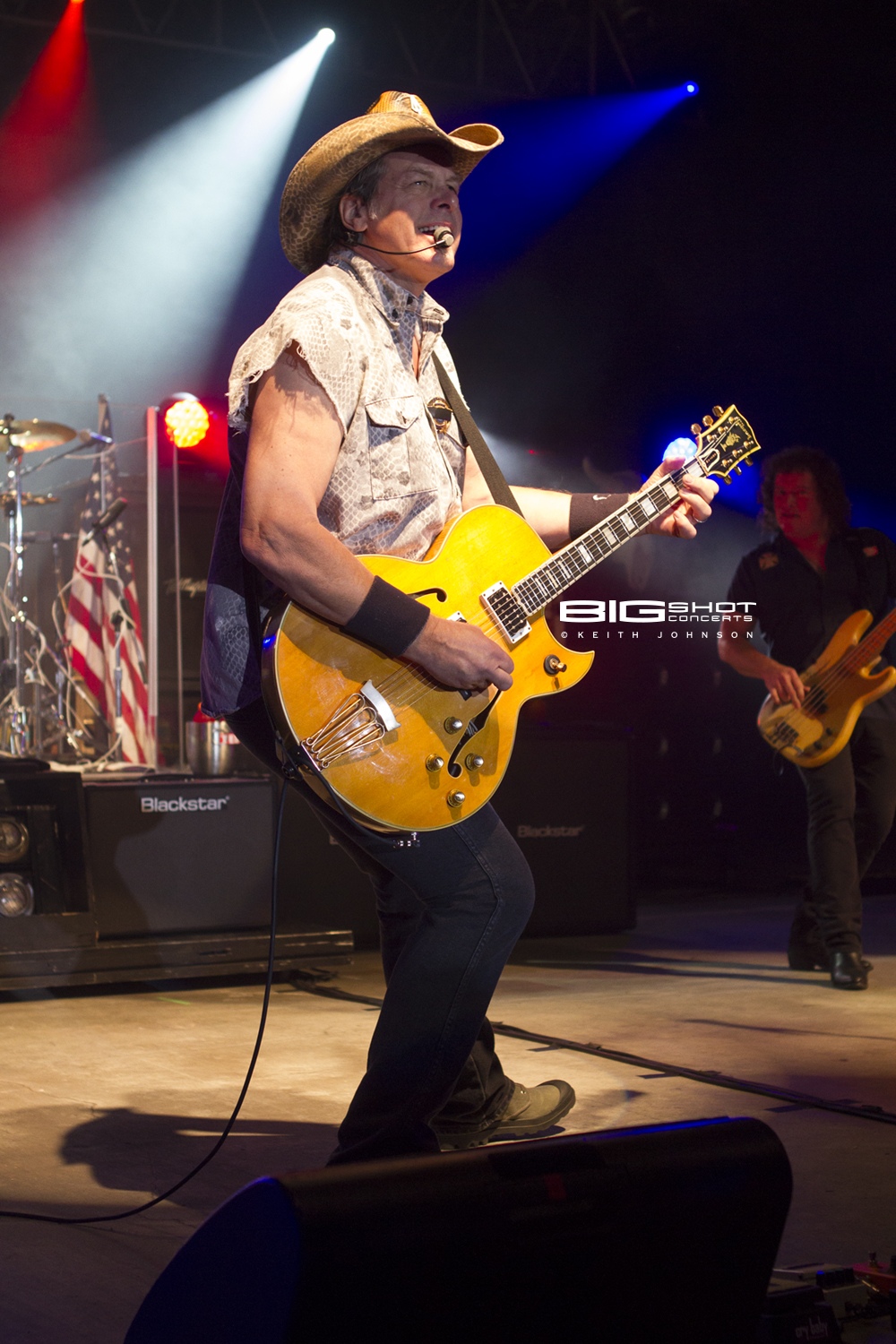 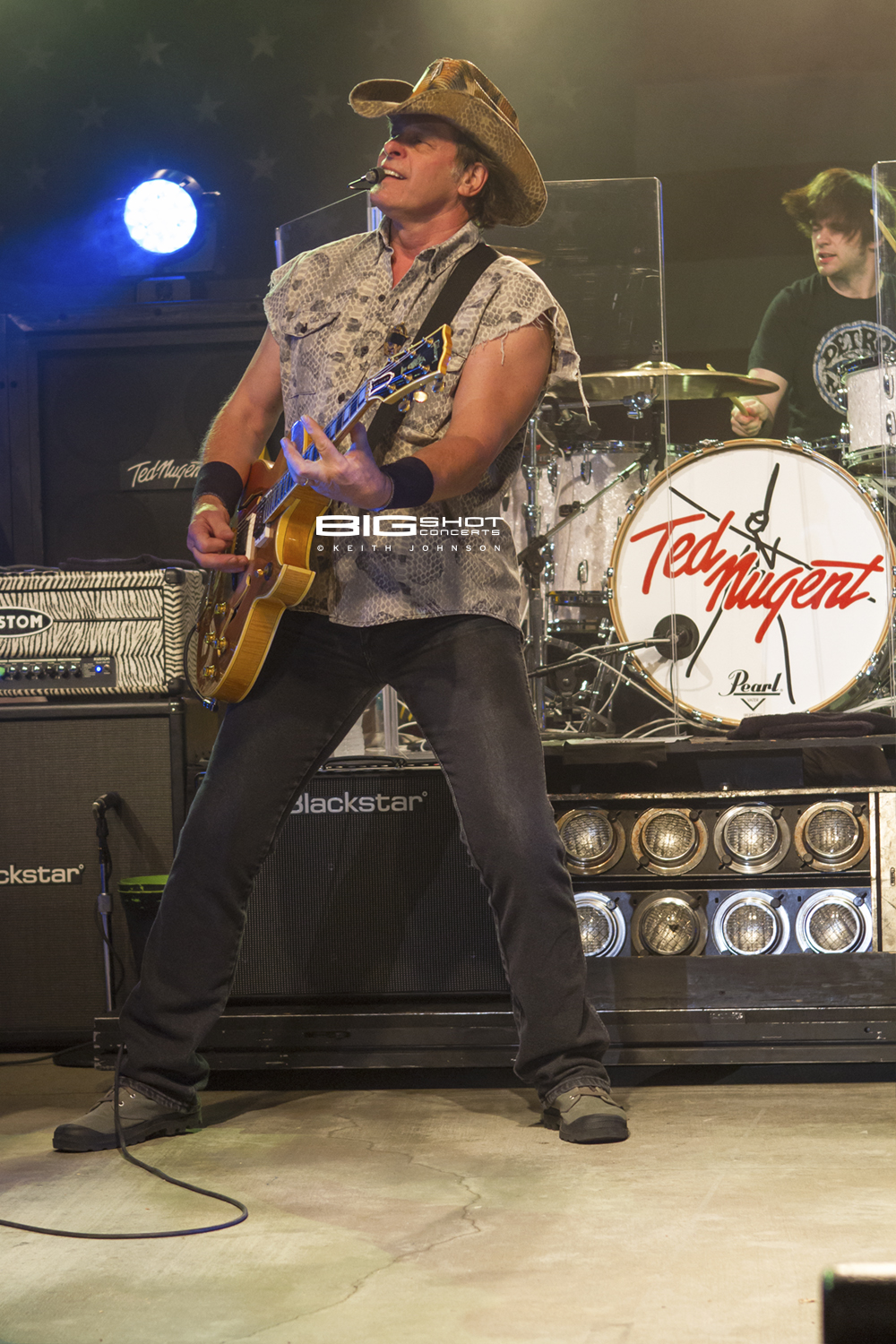 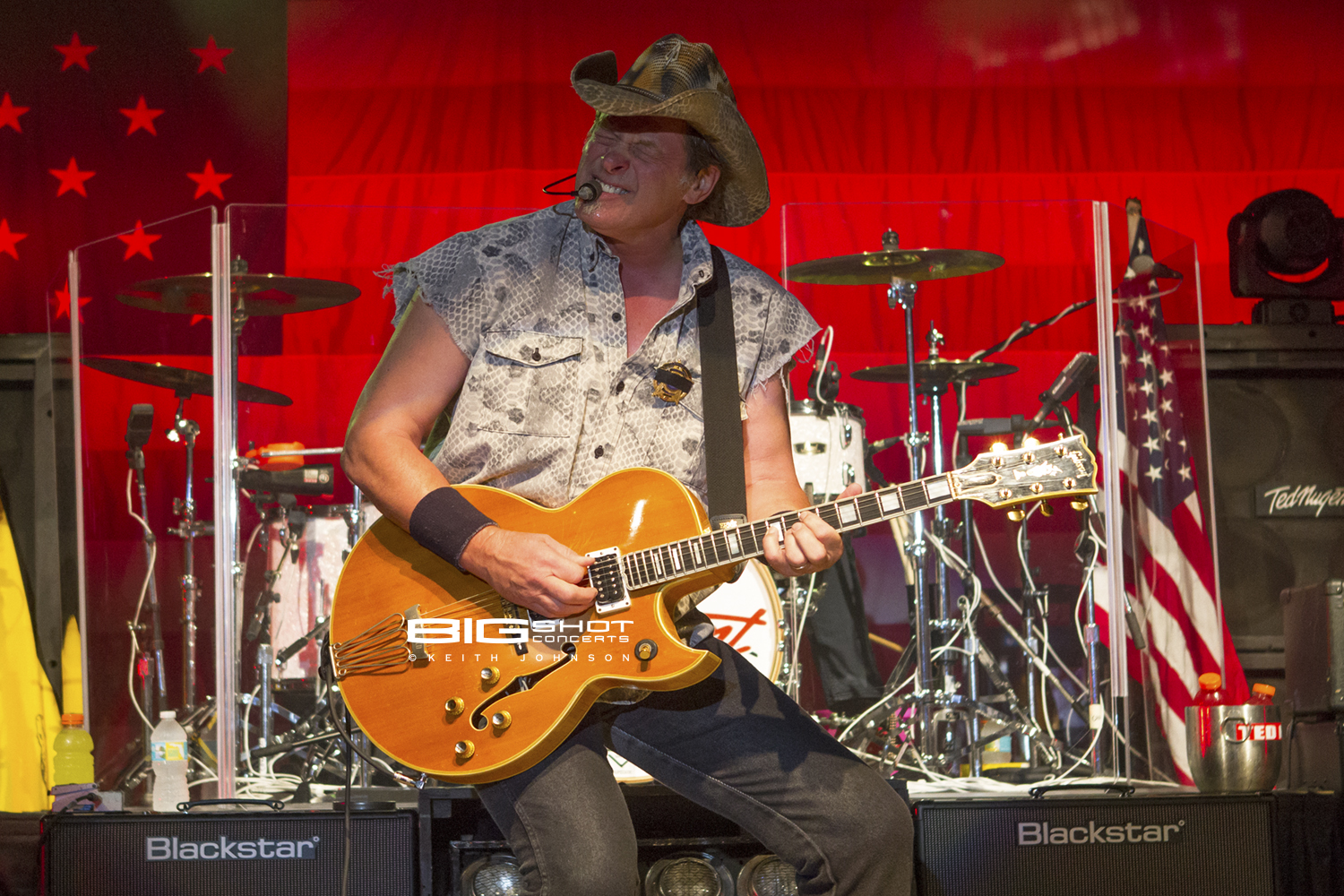