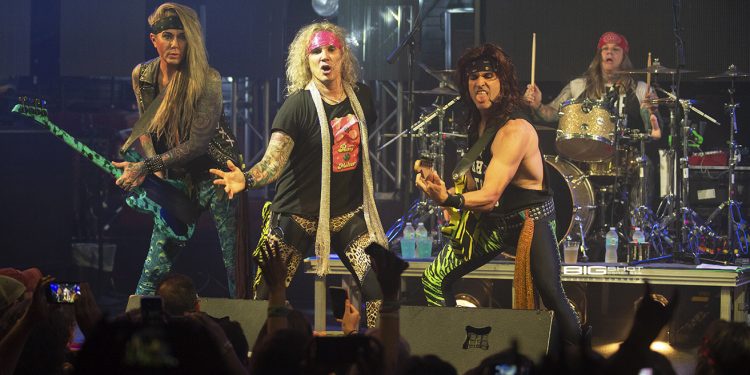 Fanthers of all spandex sizes filled up the sold-out Culture Room for a night of wild debauchery during the Steel Panther Sunset Strip Live Tour.

The hair band from Los Angeles, California oozed with confidence as they swaggered onto the stage. And why not, the guys have been dubbed the “Greatest Heavy Metal Band in History” by the mother of the band’s bass player. It’s that kind of glowing review that helps Steel Panther sell hundreds and hundreds of records. That and the fact that these guys are actually bad-ass musicians who always deliver an over-the-top concert.

Like all totally cool frontmen, Michael Starr has blonde hair. He was weened on the Sunset Strip and has rock -n- roll in his veins. That means he can party all day and sing all night. At the Culture Room, that’s exactly what he did. Starr was in his comfort zone holding a microphone up to his lips and belting out tunes that made the bitches squeal. He roamed around the stage with excessive machismo and looked every bit the rock star draped in a shimmering scarf. He even wore a Pussy Melter t-shirt in support of his bandmate’s extremely popular new product that’s been getting stepped on by guitar players all over the world.

Satchel is a talented guitar shredder who loves to run his fingers up and down the neck of his six string. He can play original tunes and cover songs better than anybody — all you have to do is ask him. He also does a killer stand-up comedy routine between songs. So it’s like you’re getting two performances in one. Despite objections from some overly sensitive pussies, the axe man continues to use his Pussy Melter effects pedal on the Steel Panther Sunset Strip Live Tour to make his guitar scream. Had there been a need, Satchel was ready with an alternate name to soothe the critics: Butthole Burner. No matter the part of the body, Fanthers were eager for his licks.

Lexxi Foxx is the biggest diva in the band. The tall, lanky member of the rhythm section was looking foxxy and spent just as much time on stage admiring himself in front of his bejeweled mirror as he did thumping the bass — maybe more. Like all Steel Panther concerts, there was more hairspray and lip liner on stage than extra basses. Of course, Lexxi doesn’t need a lot of instruments to make a statement. Four strings and perfectly coiffed locks make him the stand out bass player in the band. As the tallest member of the band, he could easily say that he’s head and shoulders above the rest. But he seems just fine holding down the low end.

Of all the drummers on Steel Panther Sunset Strip Live Tour, Stix Zadinia is the best. He doesn’t need to hide behind a sea of drums to beat his skins in front of adoring fans. He does it right behind a modest drum kit. But don’t let size fool you. Stix can stick it good and make a ton of noise with what he has. His time keeping is better than most Swiss watches and all drummers who were not on stage. If you’ve never seen him play live, get off your ass and go see him. If you’re too damn lazy, kknow this: he is the leader of wham, glam rock jams. Don’t worry if is stamina seems exhausting, he is always up for having 17 girls in a row waiting for him backstage.

Despite always partying like tomorrow is the end of the world, Steel Panther always plays as if they are stone-cold sober. If that seems like a shocker, it’s just the burden of being wonderful. 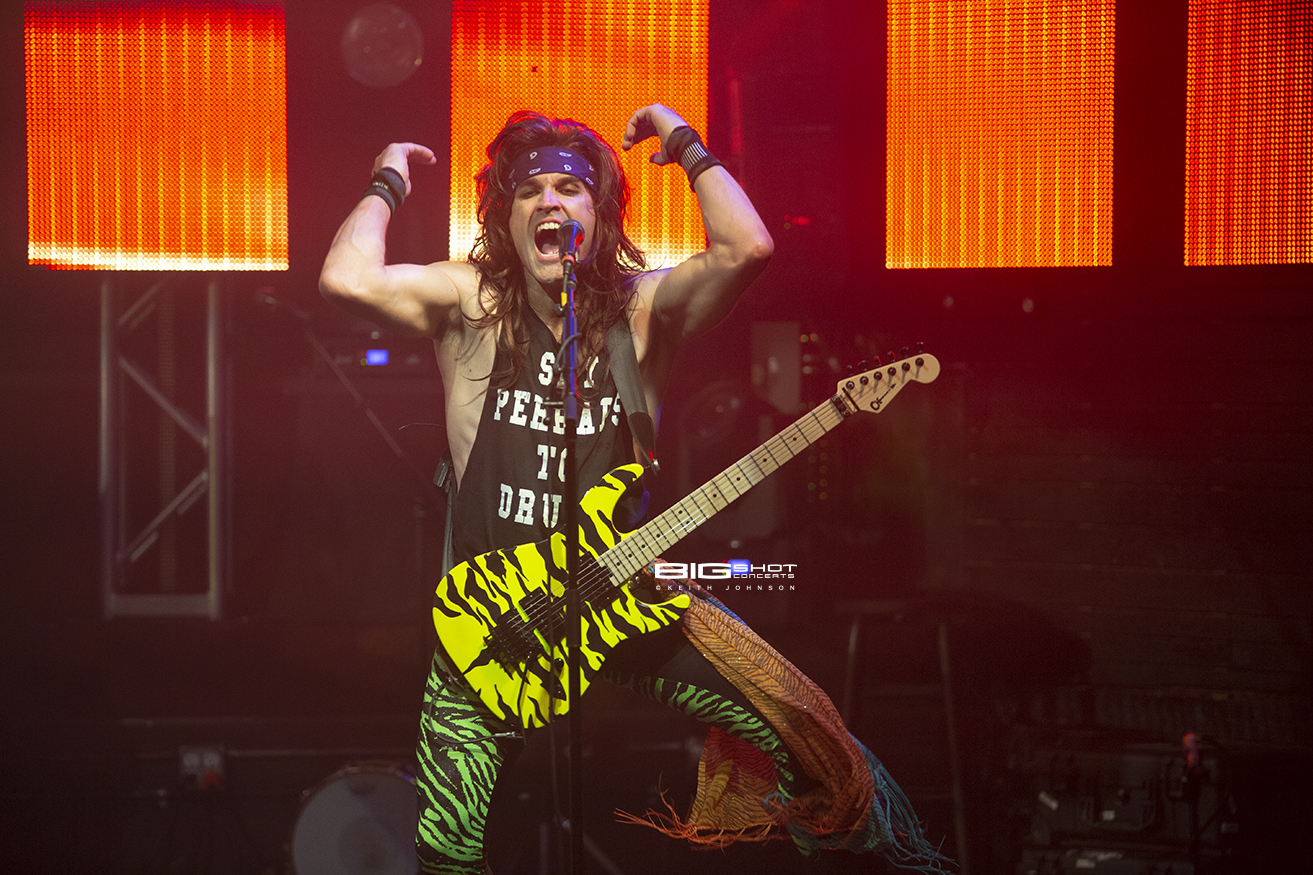 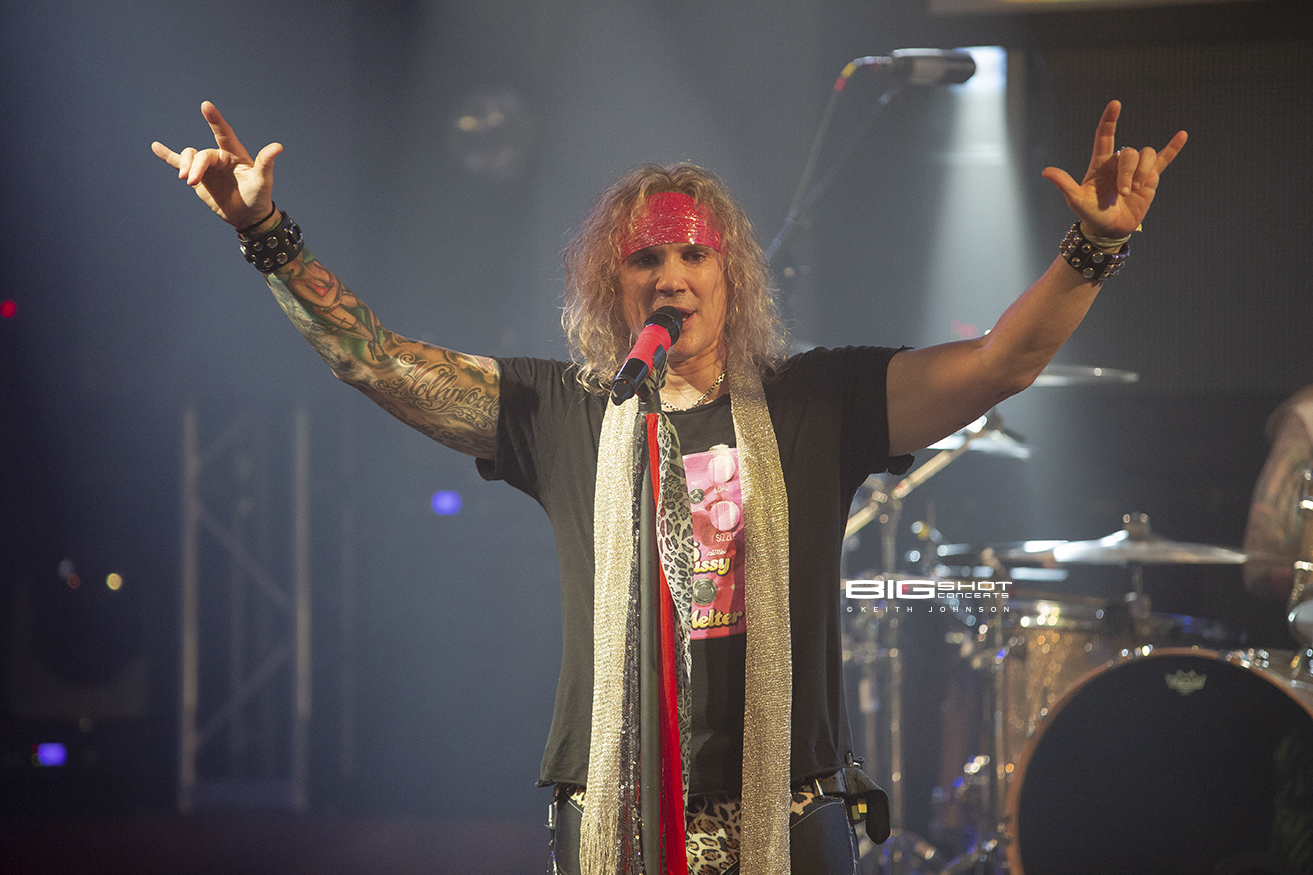 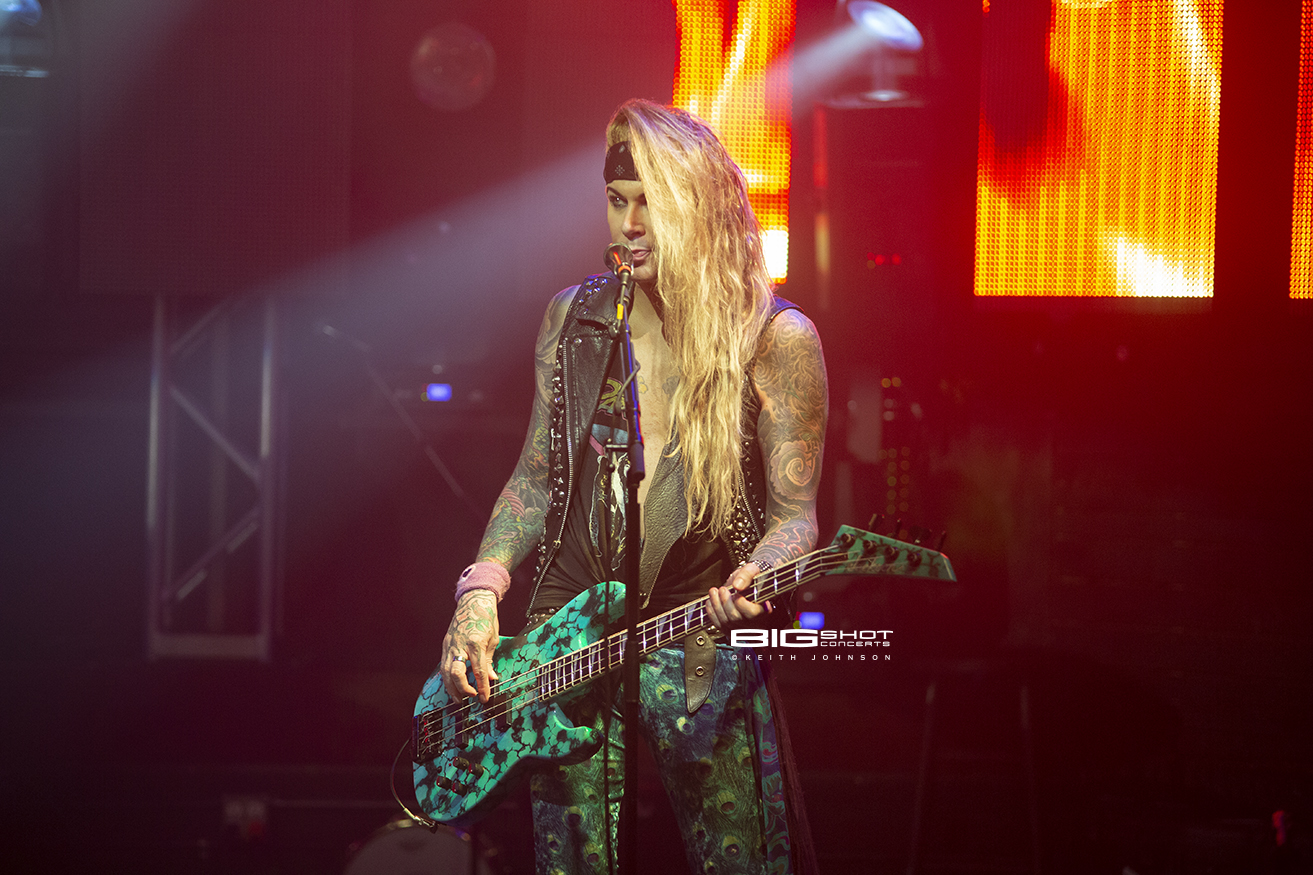 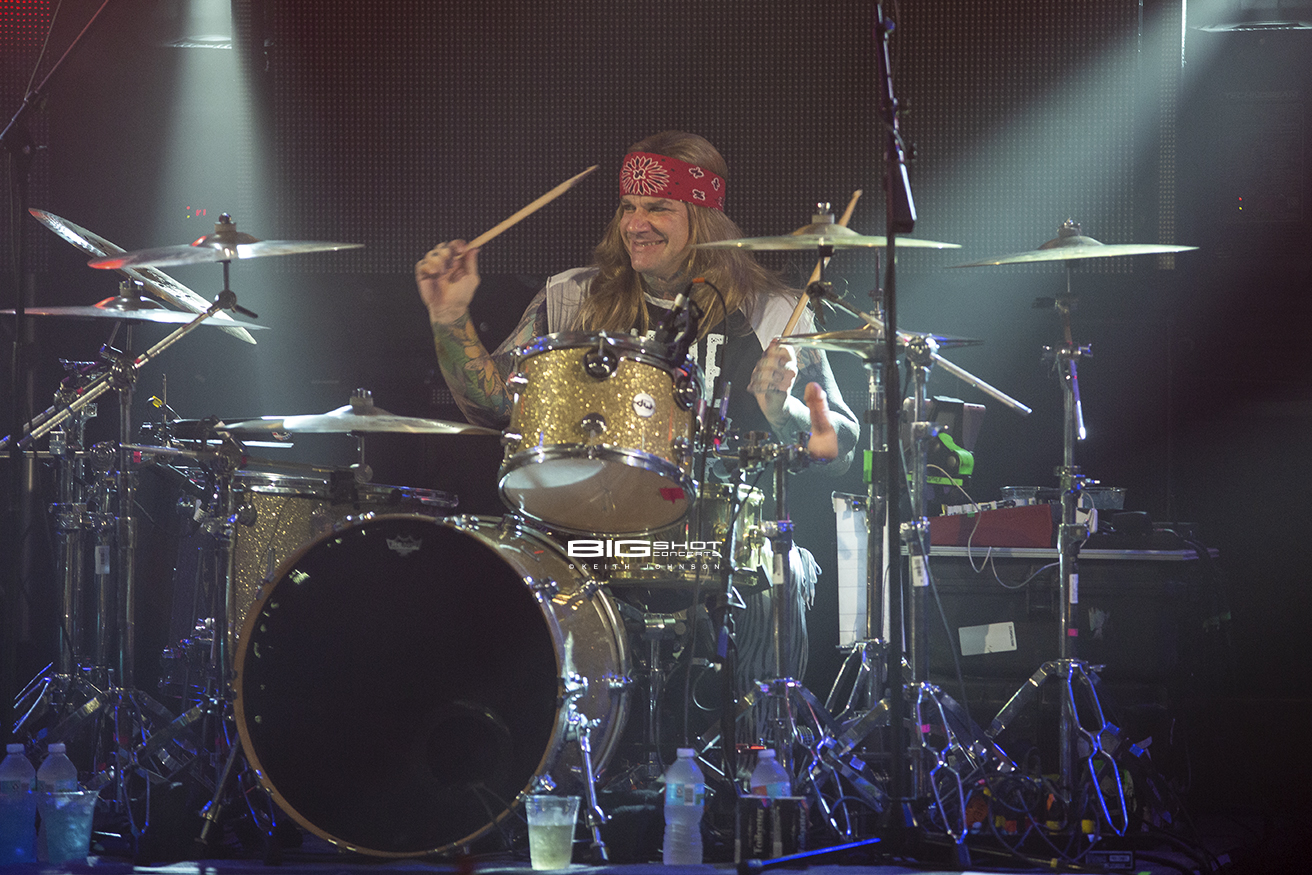 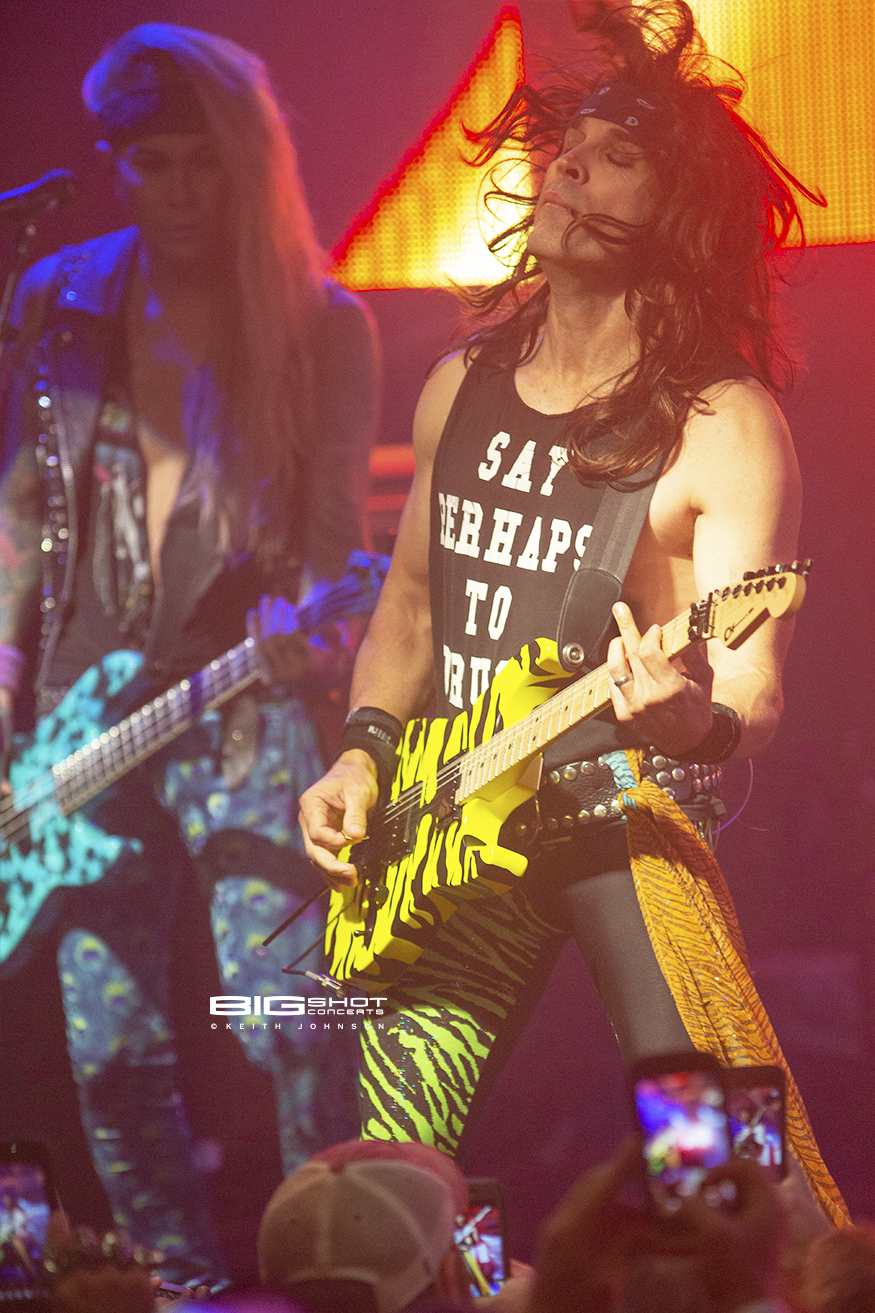 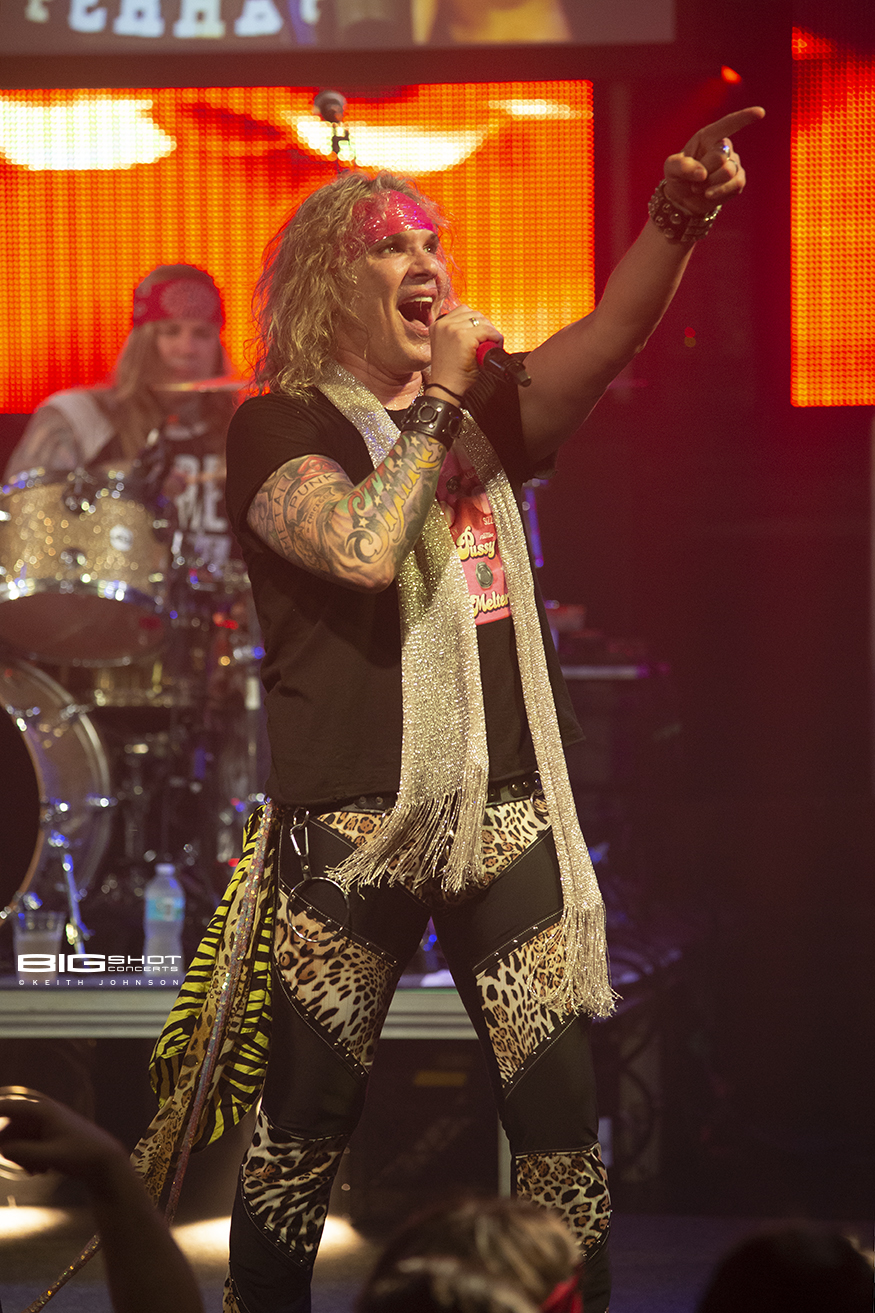 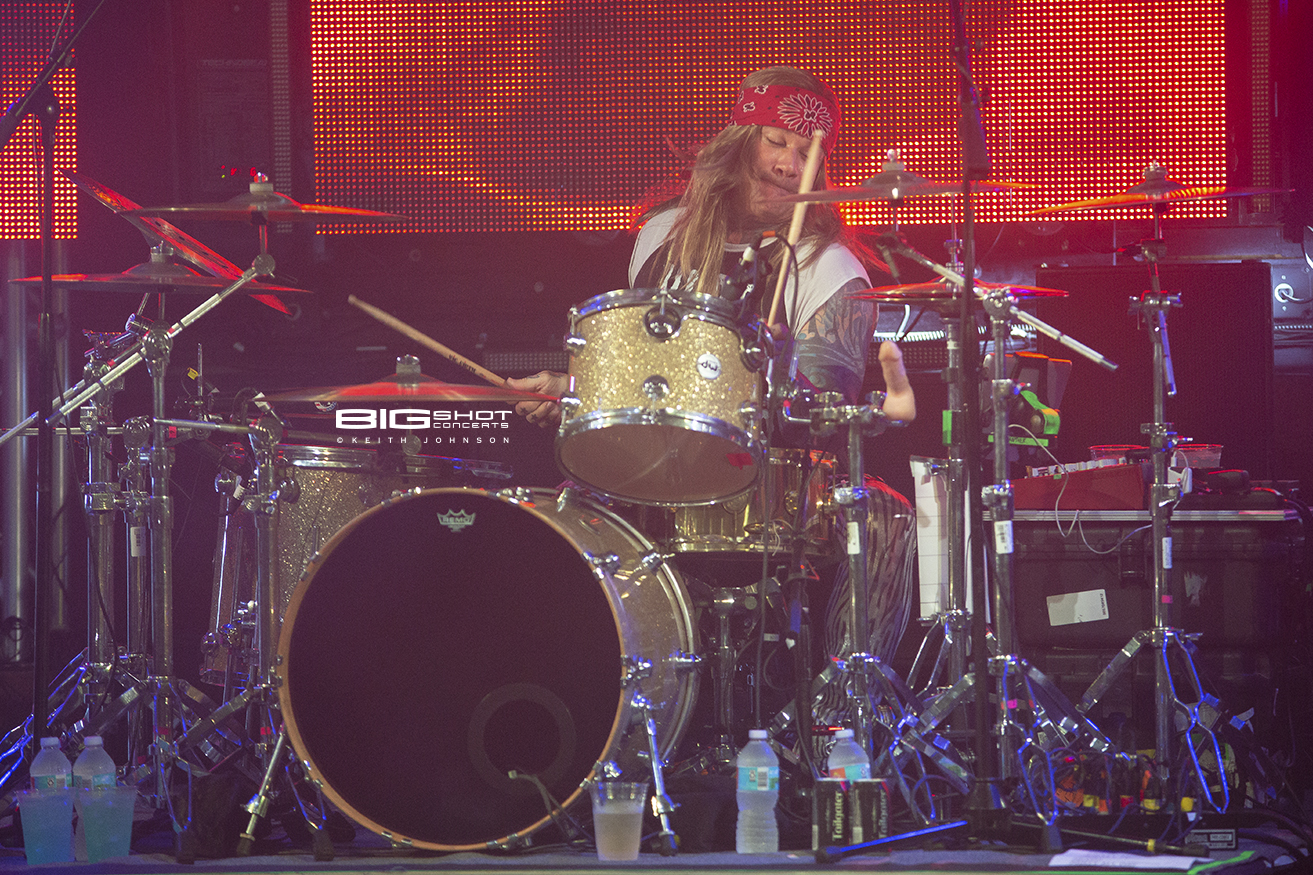 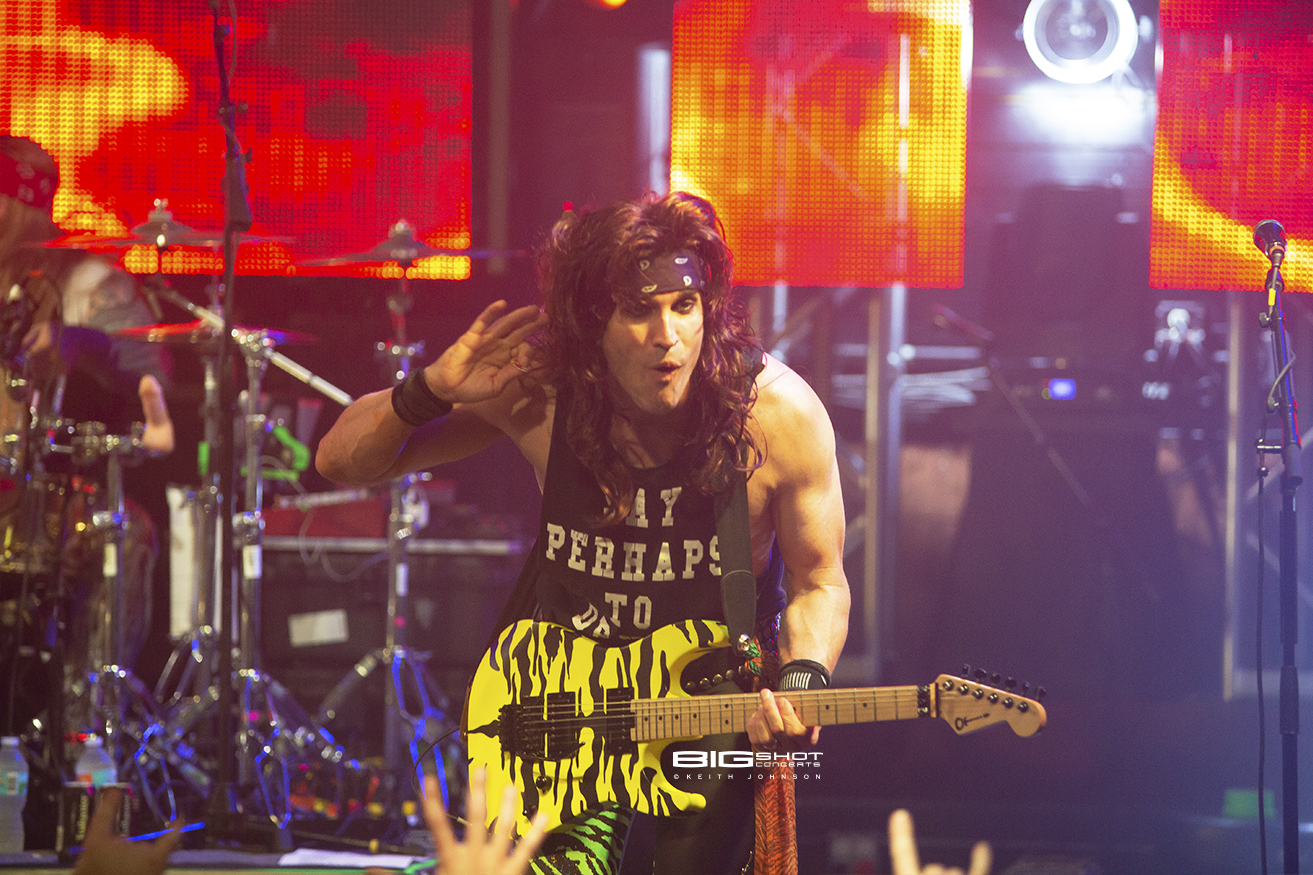 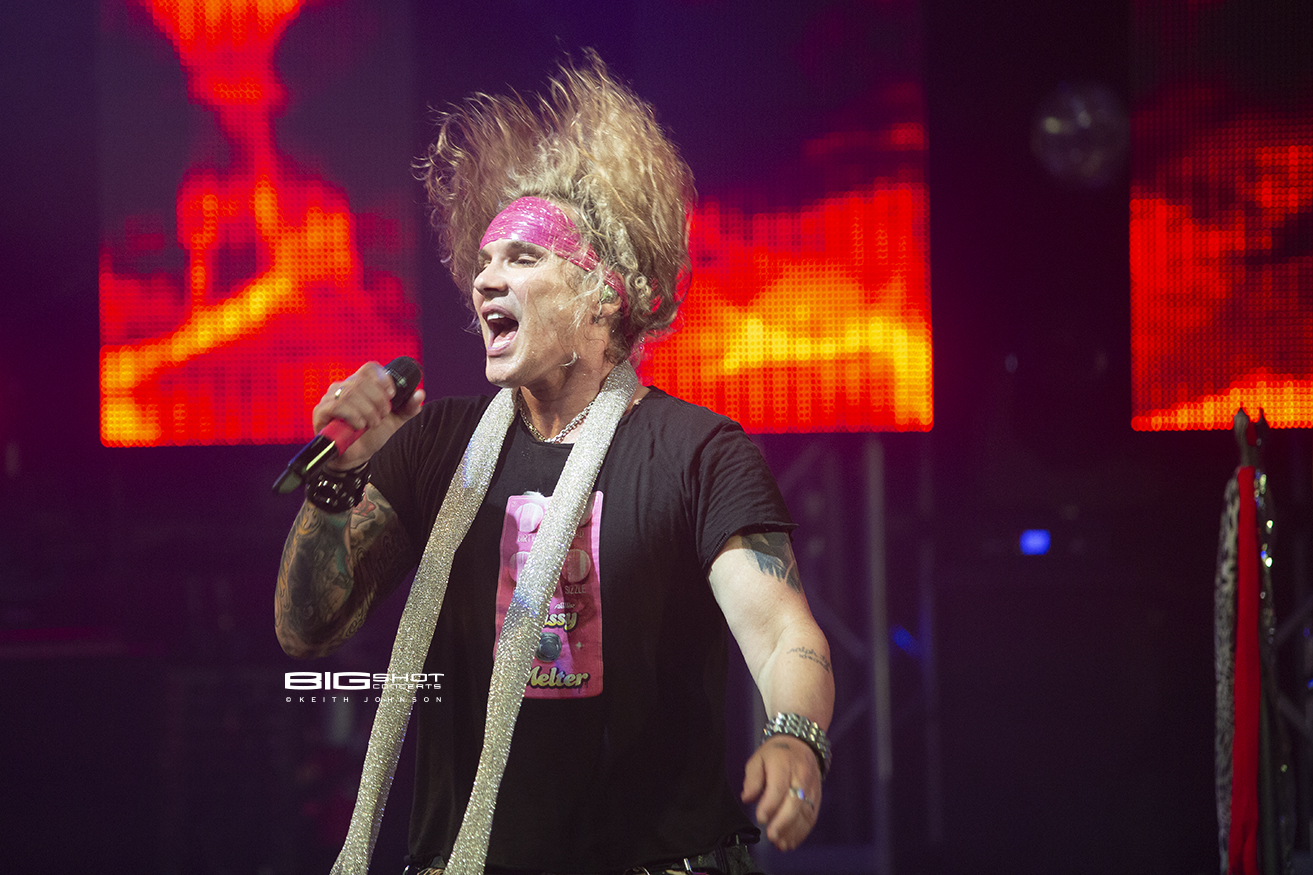 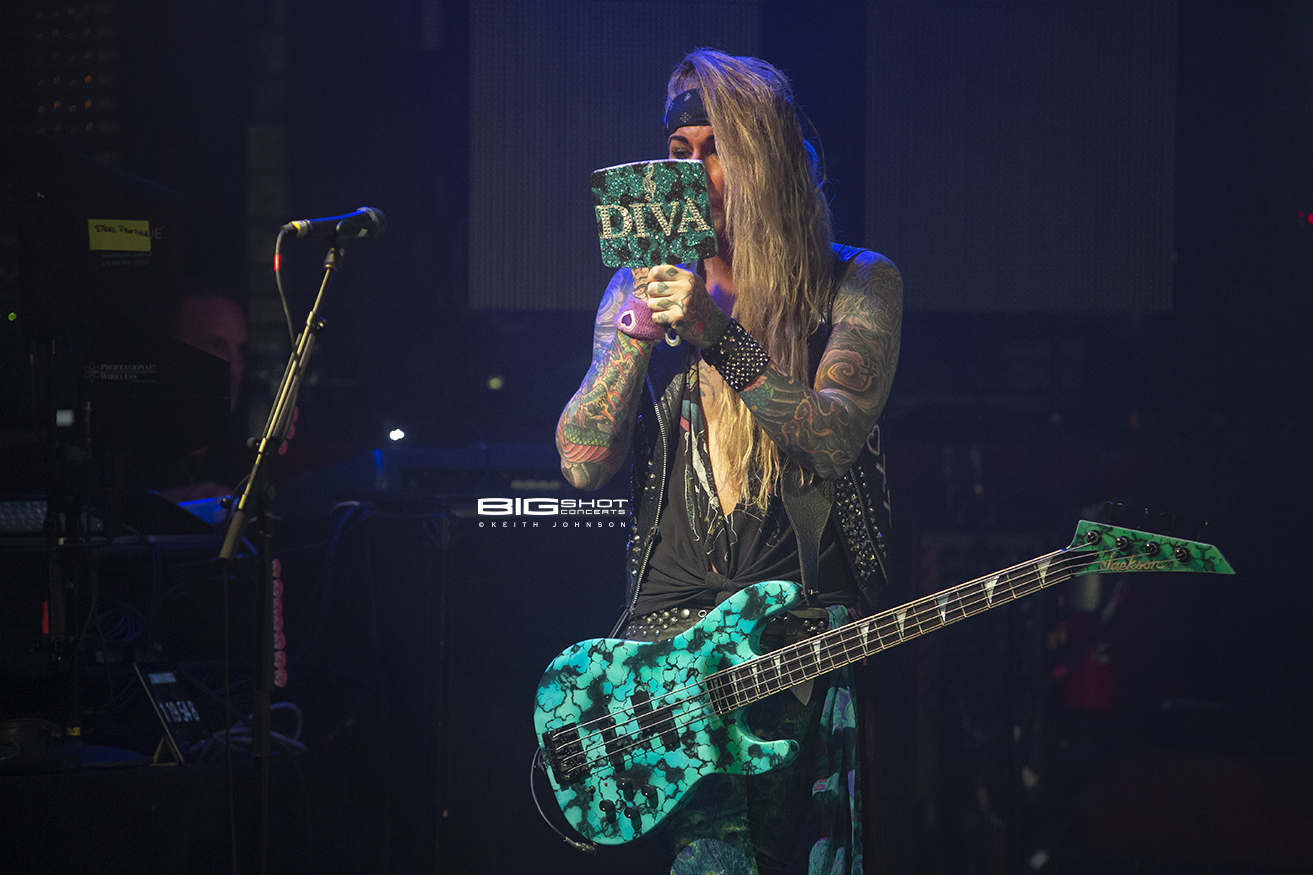 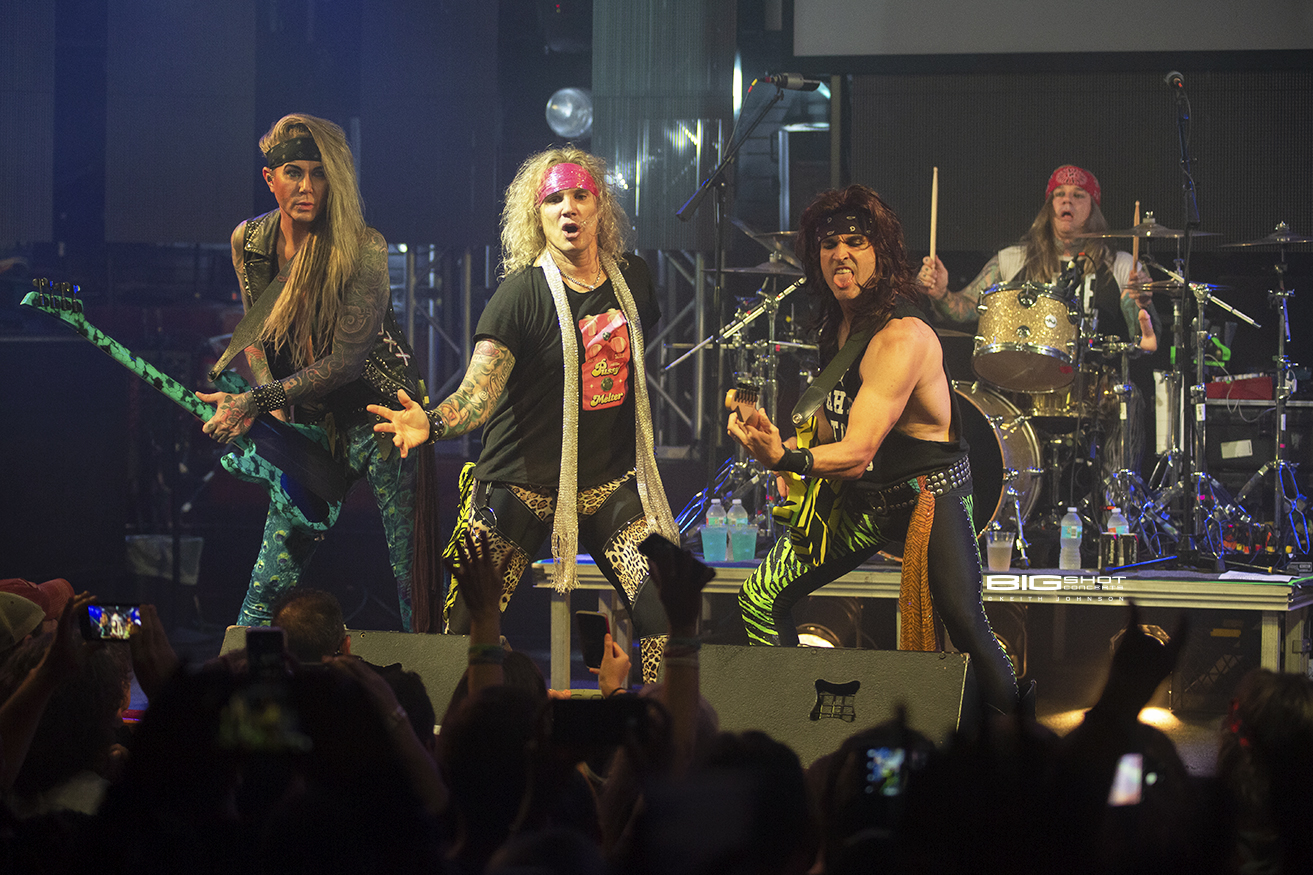 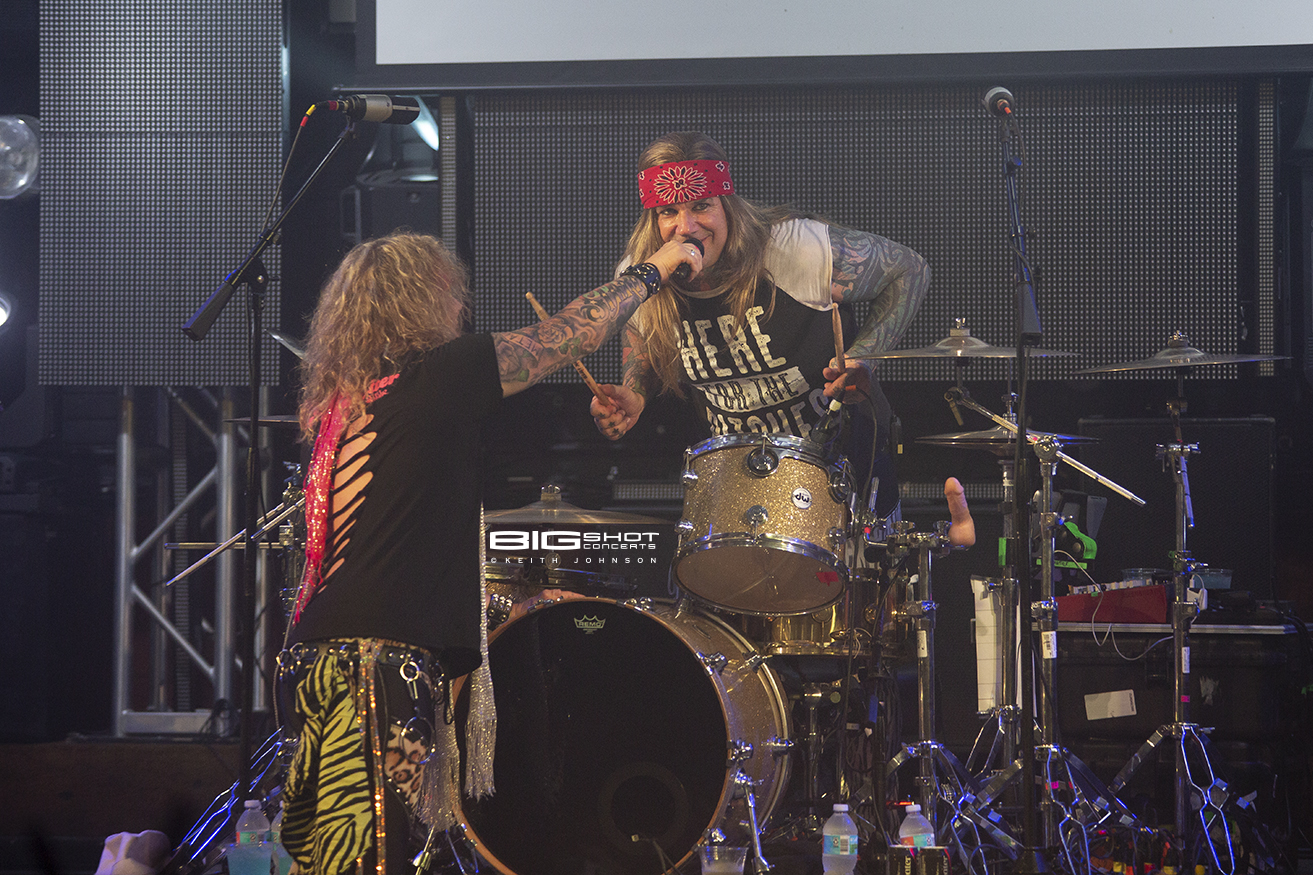 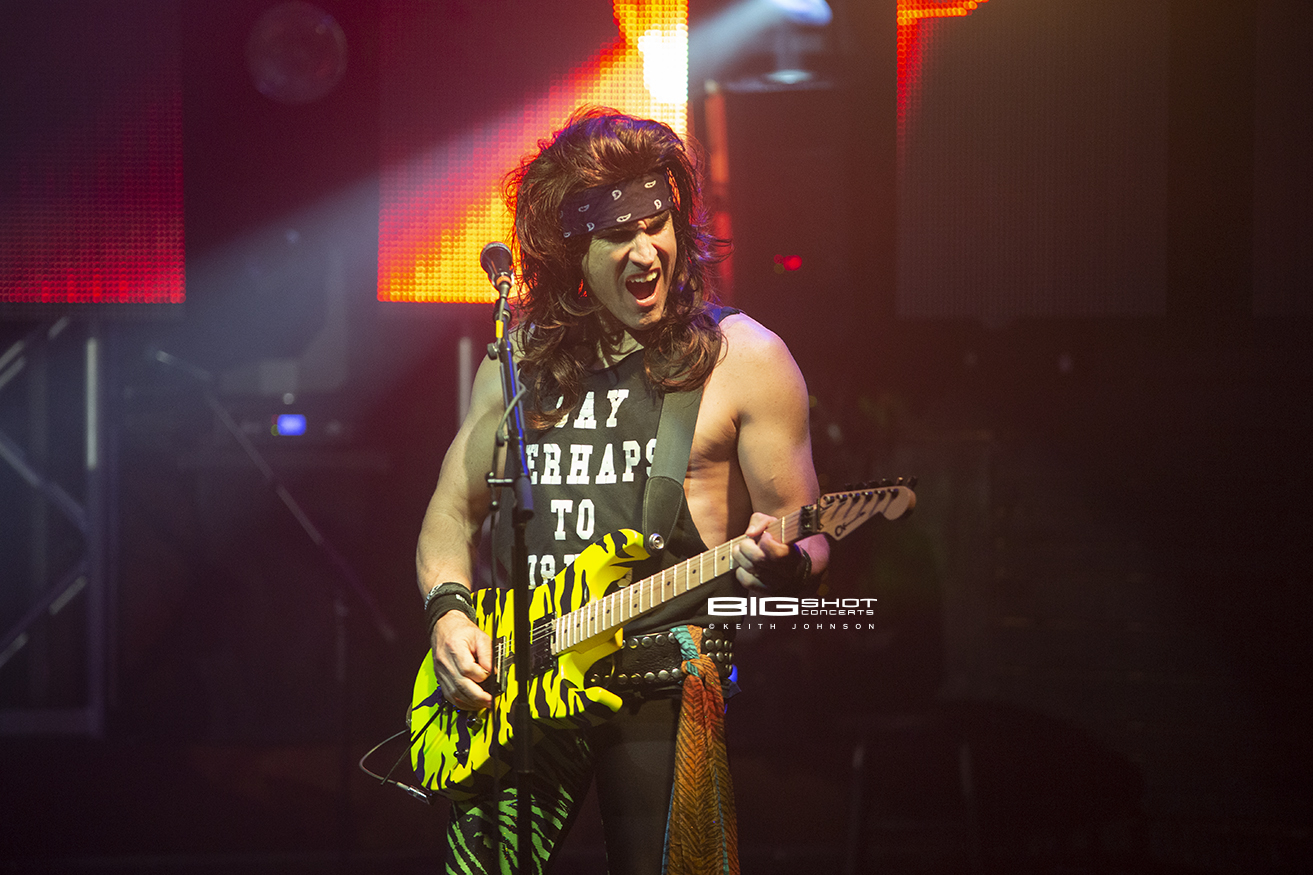 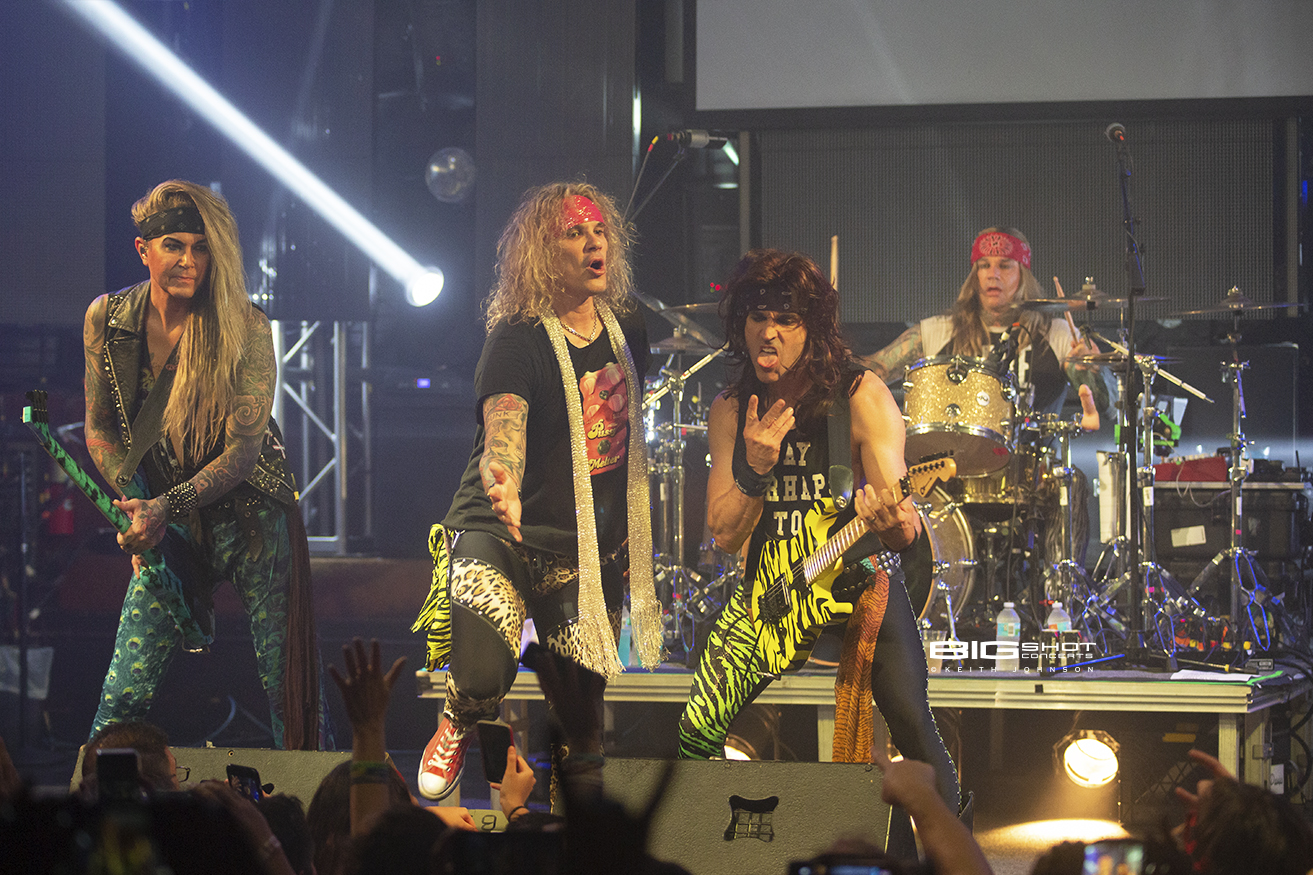 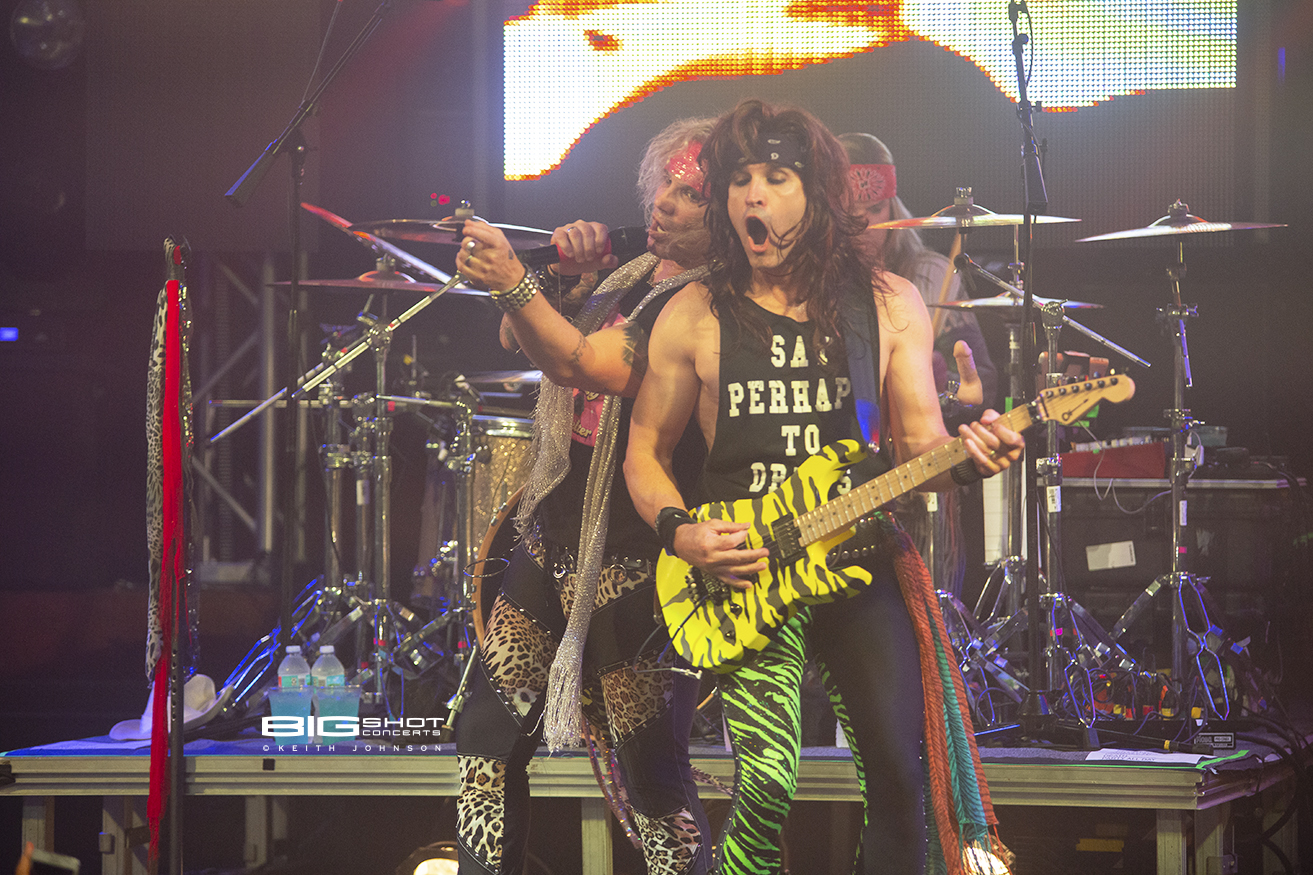 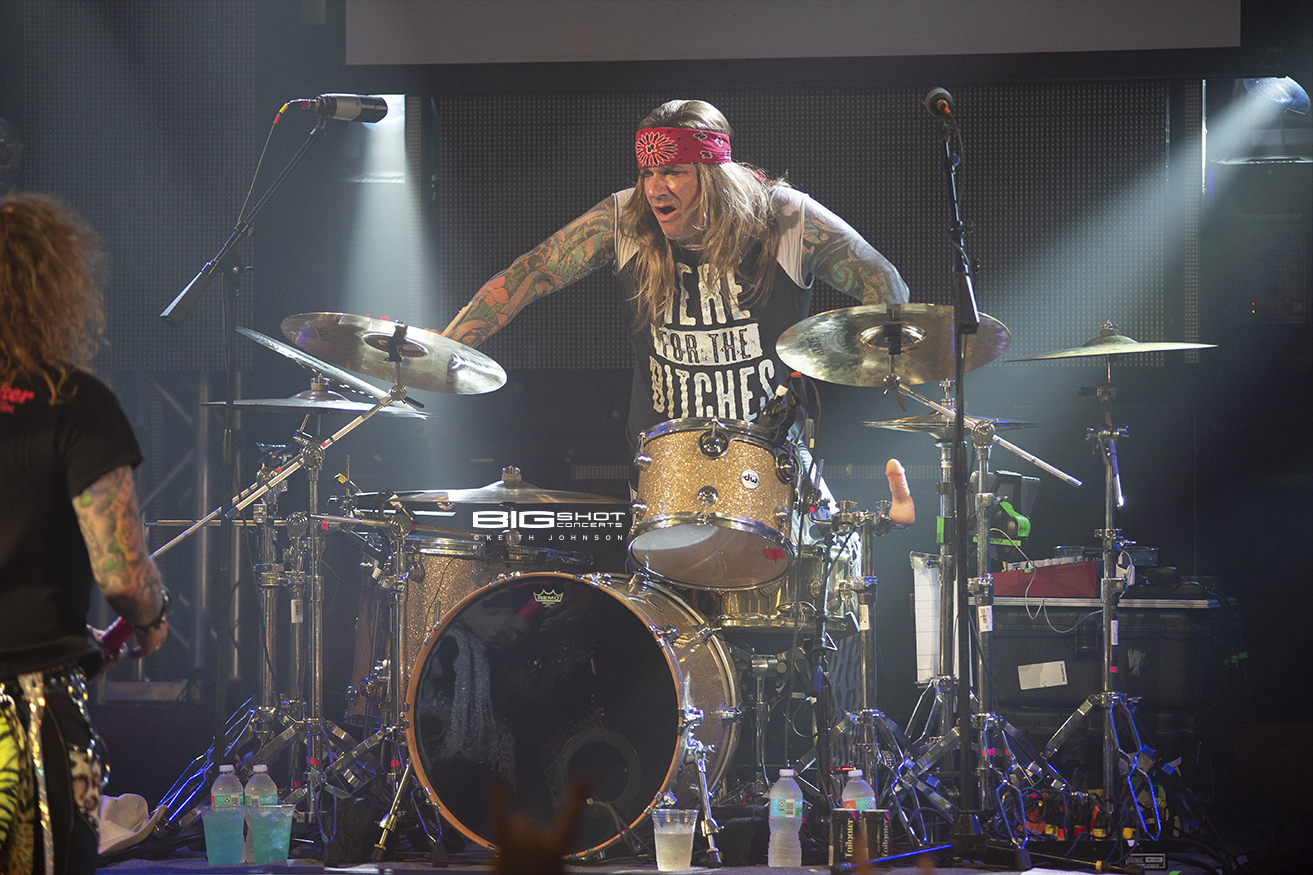 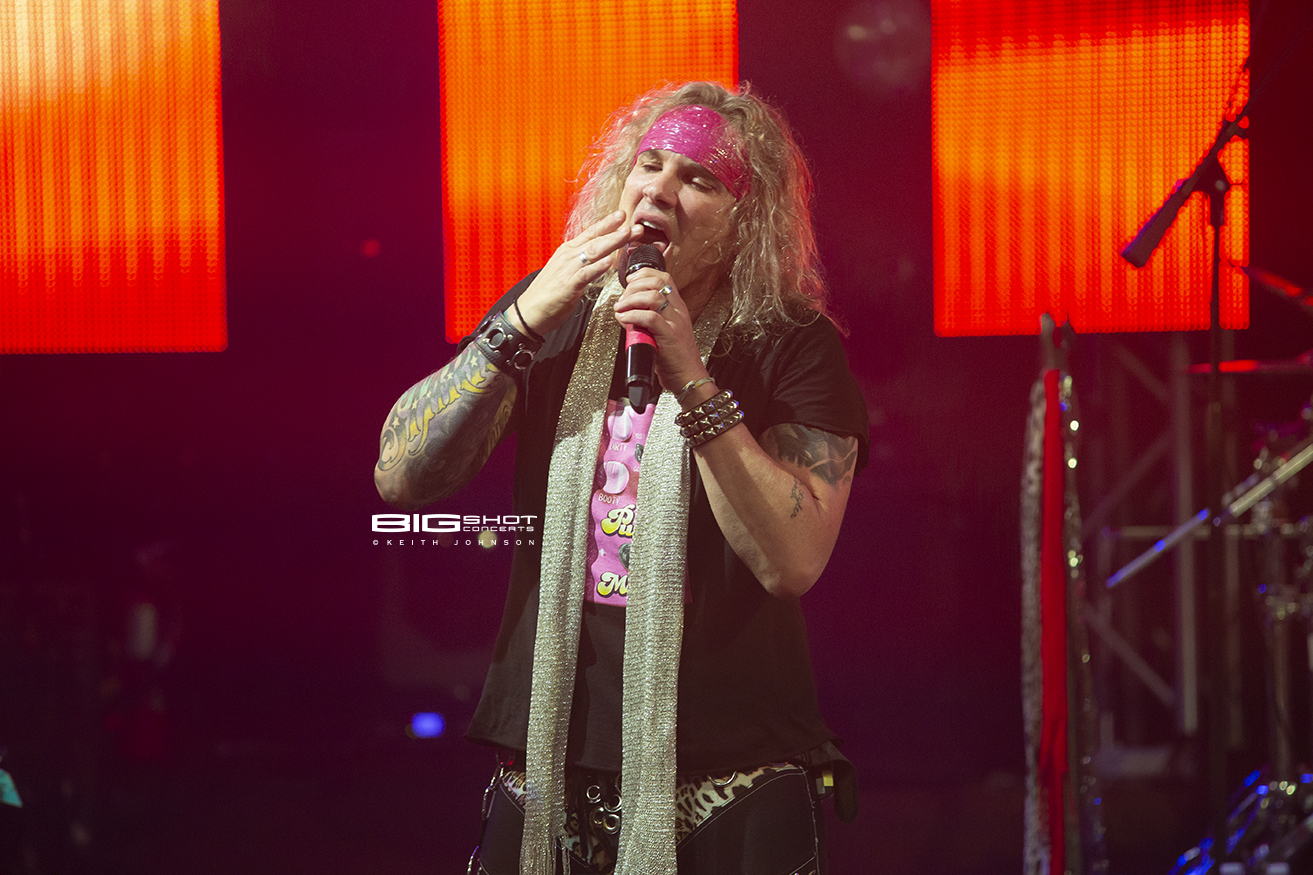 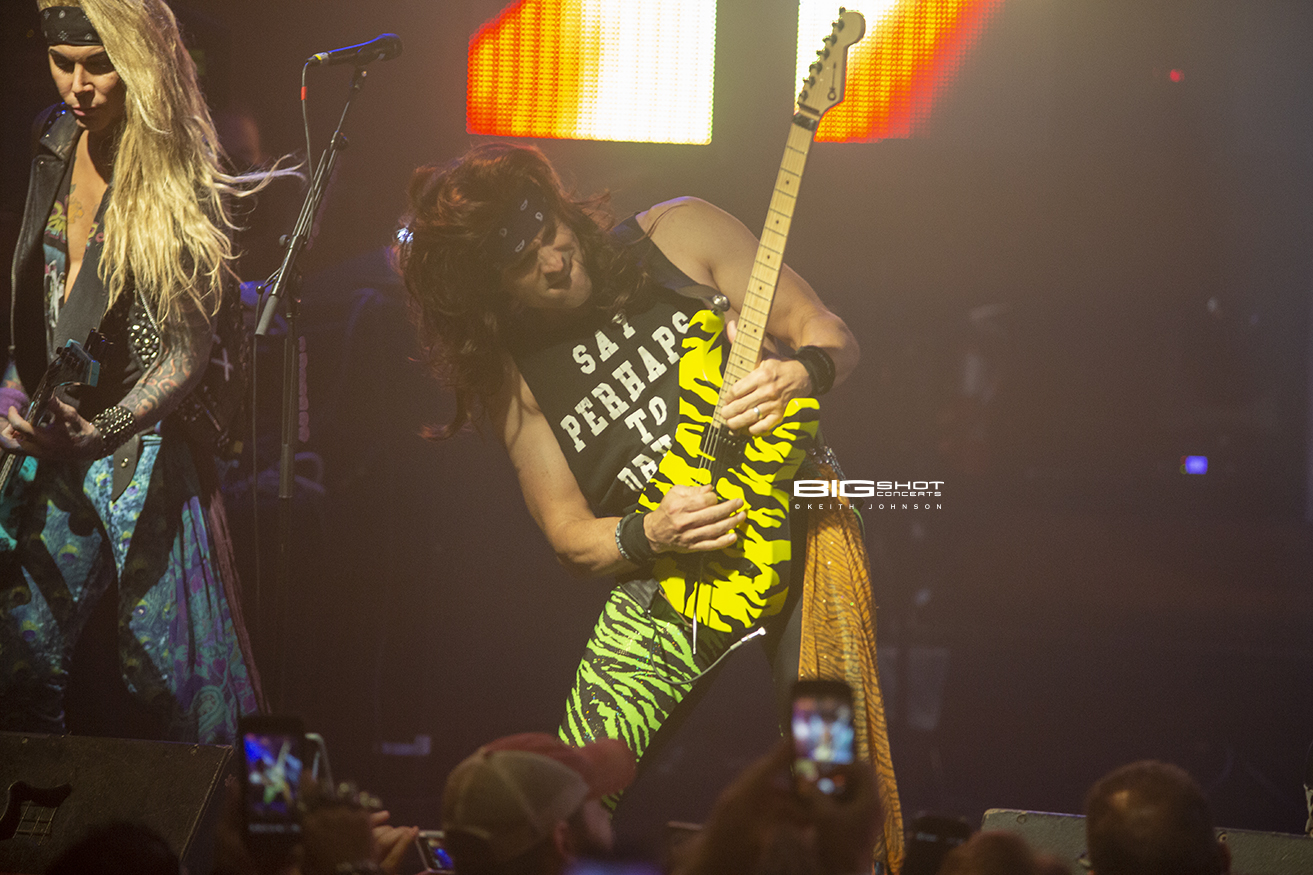 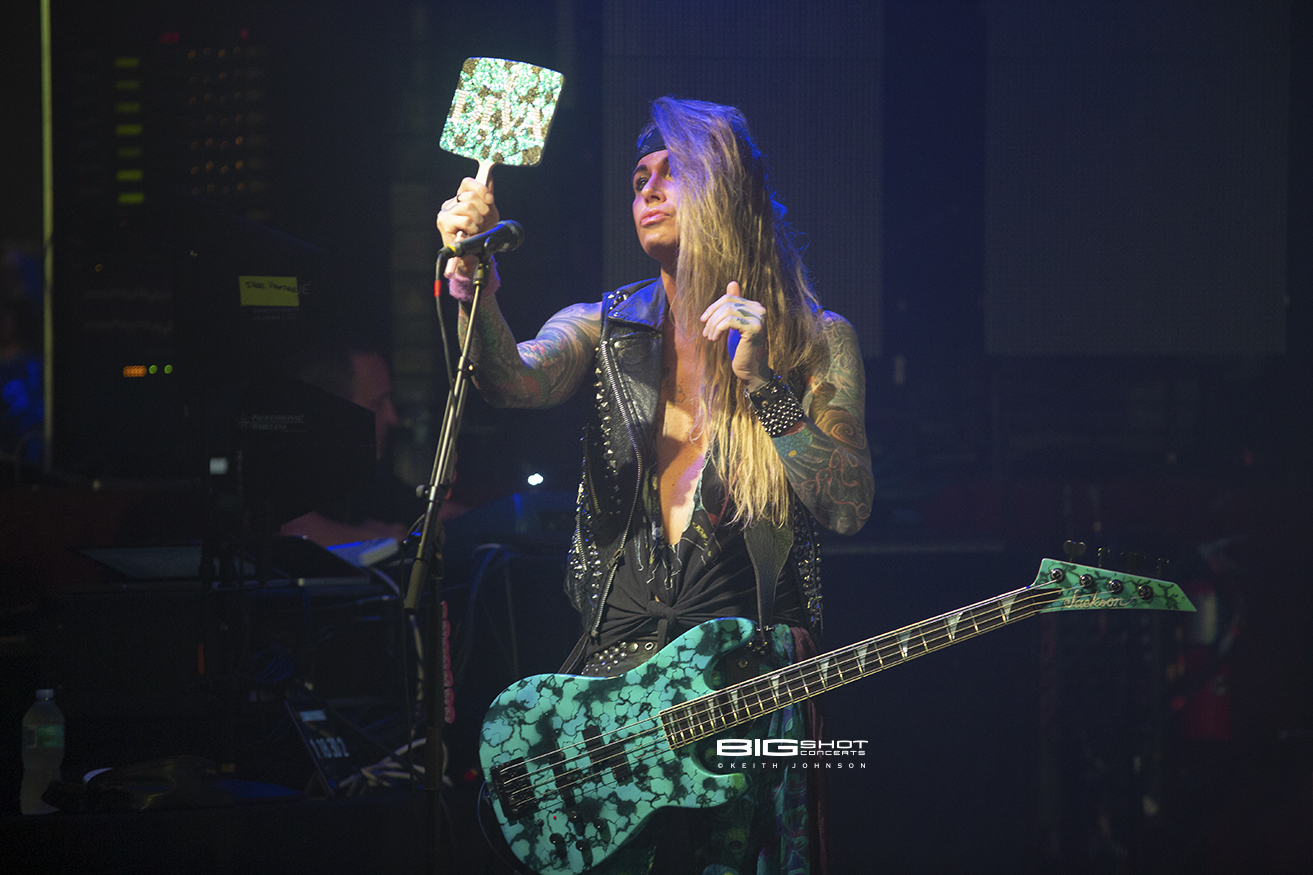 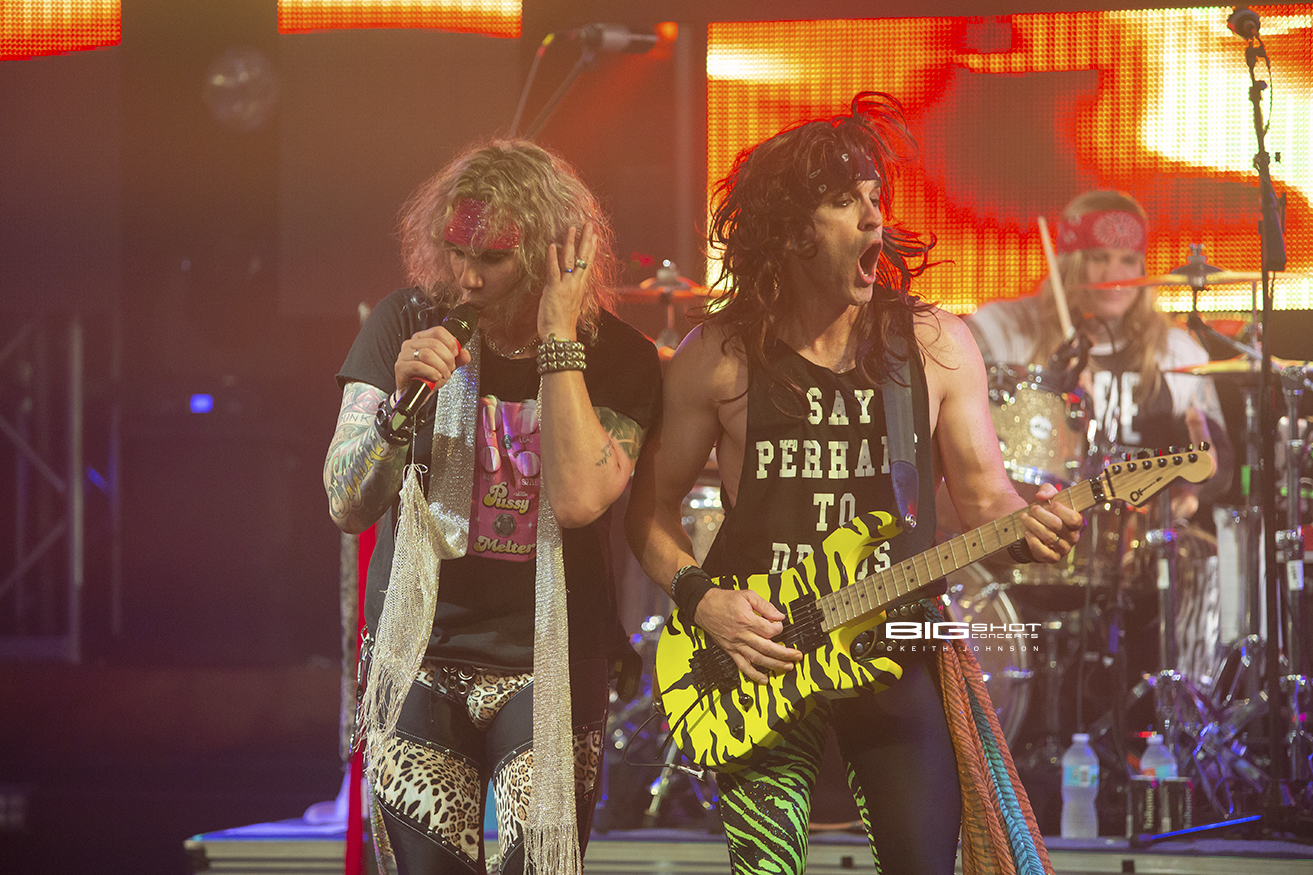 Michael Starr and Satchel on Stage