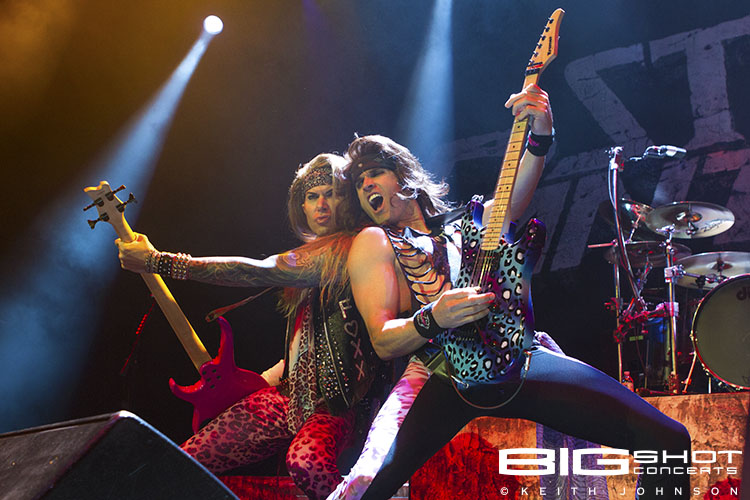 Raunchy rockers Steel Panther laid out a smorgasbord of sex and metal when their All You Can Eat tour stopped off at Hard Rock Live in Hollywood, Florida. Even though these guys party like tomorrow is the end of the world, they’re very punctual. Steel Panther started their musical debauchery right on time and didn’t keep any of the Fanthers waiting. It was a very uncharacteristic move for a successful hair band. Totally expected though, was the overly-exaggerated way they played up rock star stereotypes from the 80s … that and some really damn good songs filled with humorous profanity and blatantly sexual lyrics.

Michael Starr is the group’s freewheeling frontman who loves giving oral pleasure with lots of lip service to all who come to hear him sing. This atomic punk is a seasoned rock -n- roll veteran who can carry a tune across any vocal range. He can also jump off the drum riser which, as everyone knows, is standard operating procedure for a lead singer.

When you’re the drummer in a high-profile band like Steel Panther, you can’t have one single beat off and get away with it. Luckily, Stix Zadinia’s drum pounding and cymbal crashing is always done with rhythmic precision just like his nights with 17 girls in a row or an asian hooker.

Lexxi Foxx is the best bass player in the band. He’s also the most narcissistic. When he wasn’t thumping his instrument, he was primping and admiring himself in his bejeweled mirror. He also spritzed — so much so that the product wreathed the venue in an ozone-depleting layer of hair spray.

There are guitar shredders, and then there’s Satchel. This virtuoso made his six string scream like a prom queen in the back of her daddy’s car. He also engaged in hilarious on-stage banter with his bandmates while having fun at the expense of audience members.

Of course, Steel Panther is more than just a bunch of bigger than life stage personas. These guys can actually play … really well! Which is exactly what they did when they penetrated the gloryhole with a hard-hitting wham, bam, glam, jam at the Hard Rock Live at Seminole Hard Rock Hotel & Casino — Hollywood, Florida. 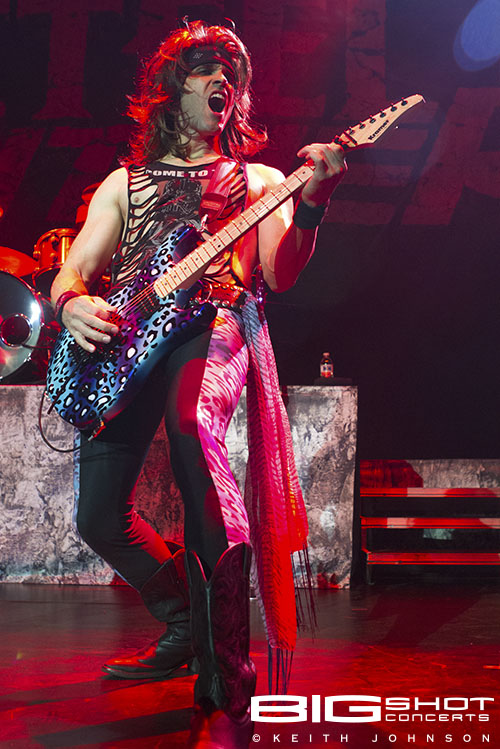 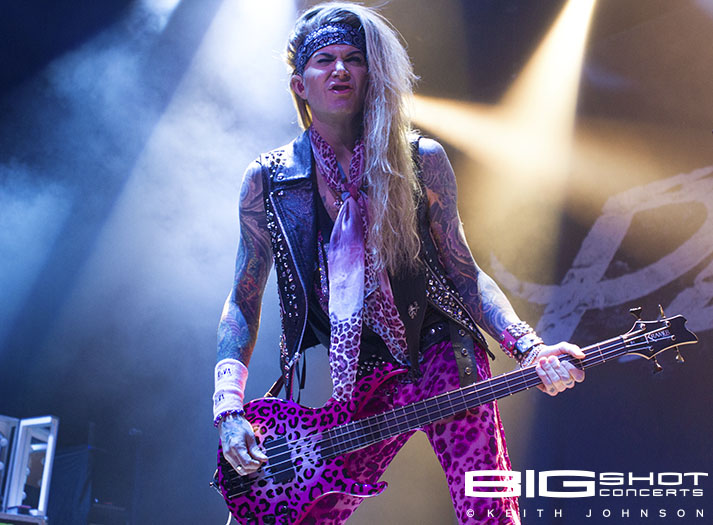 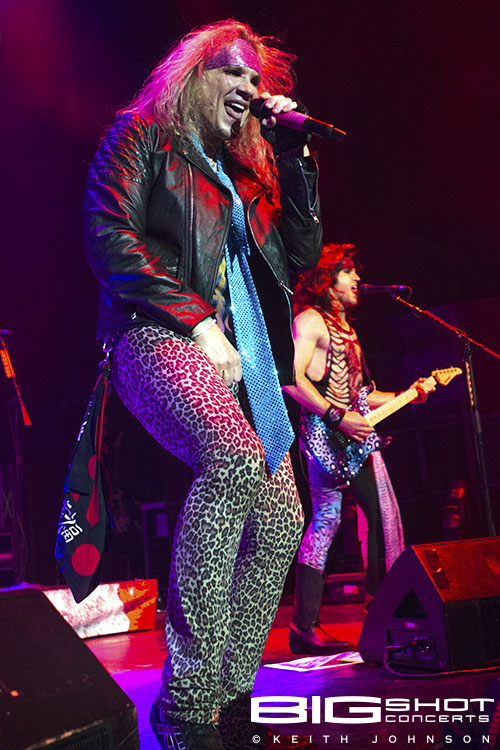 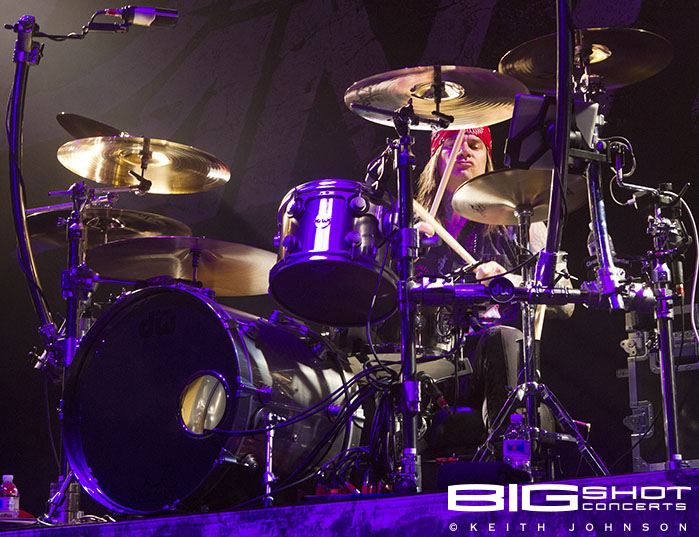 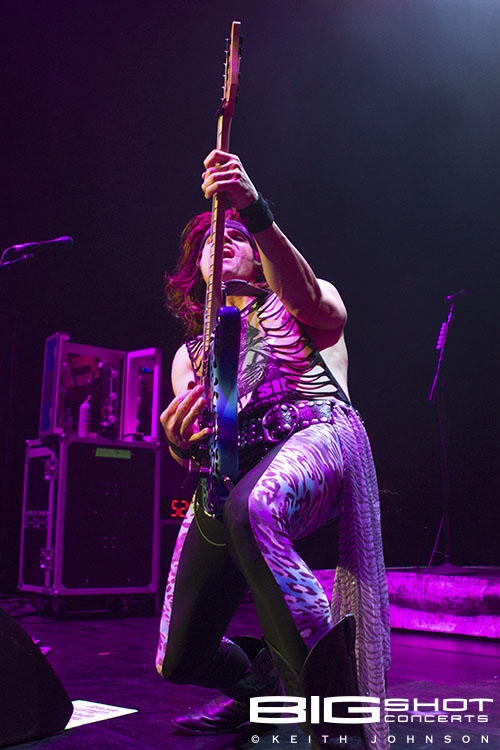 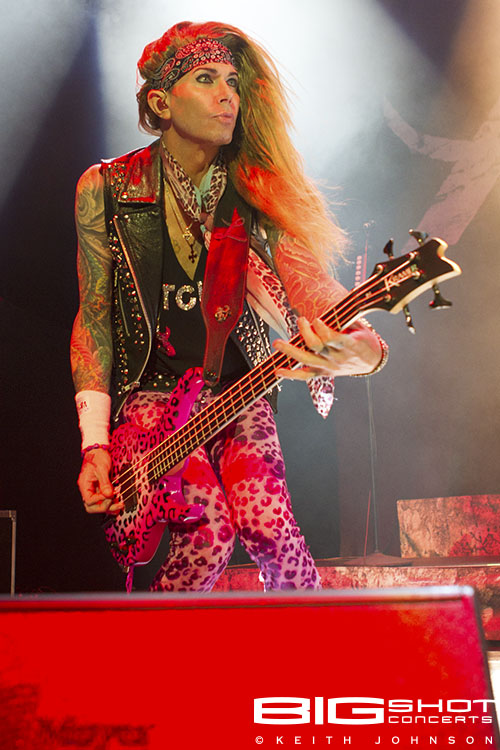 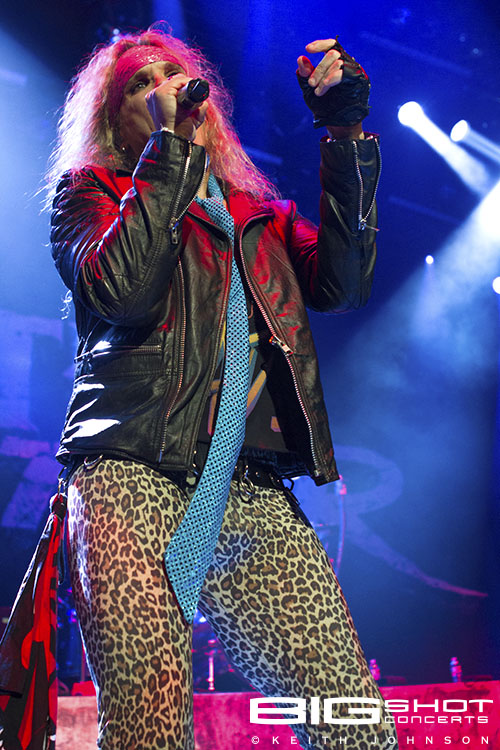 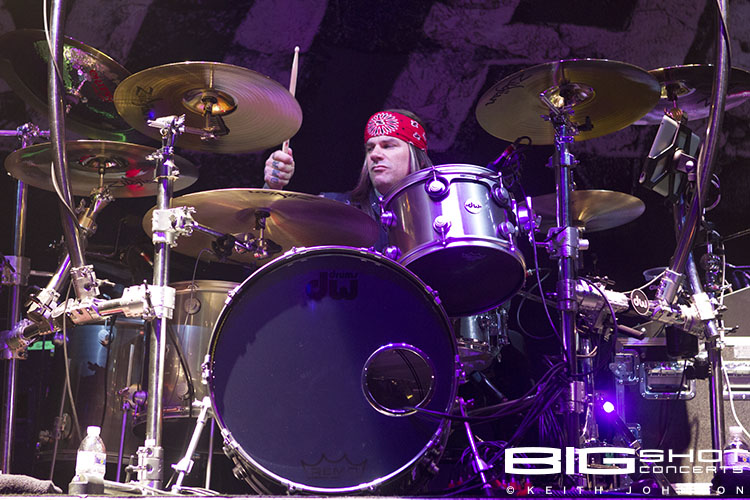 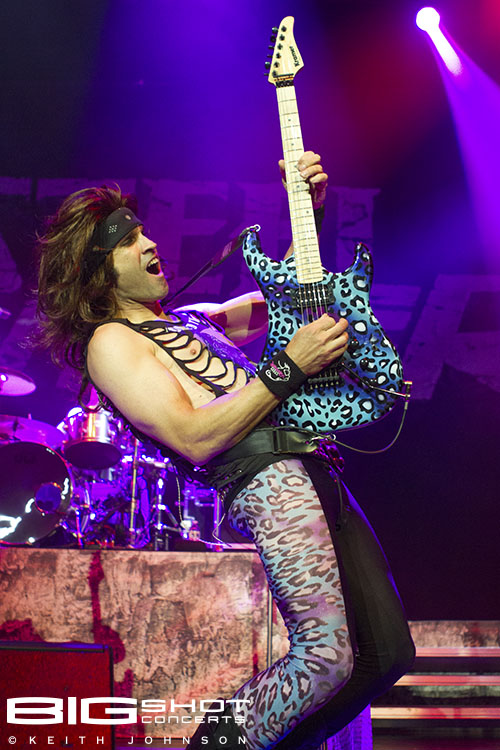 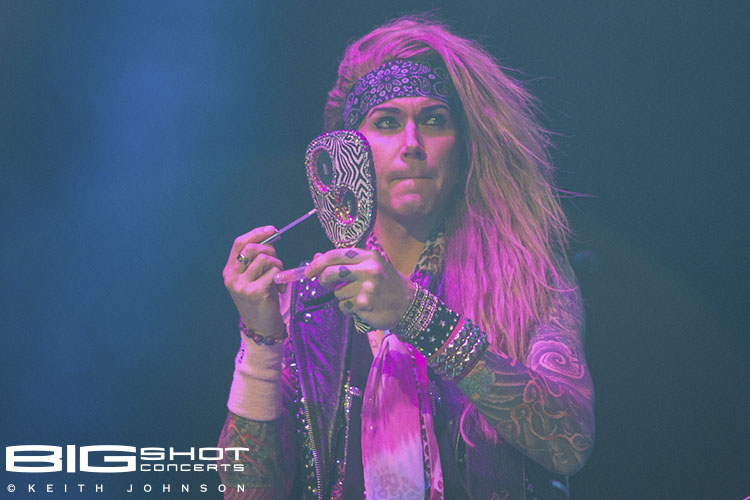 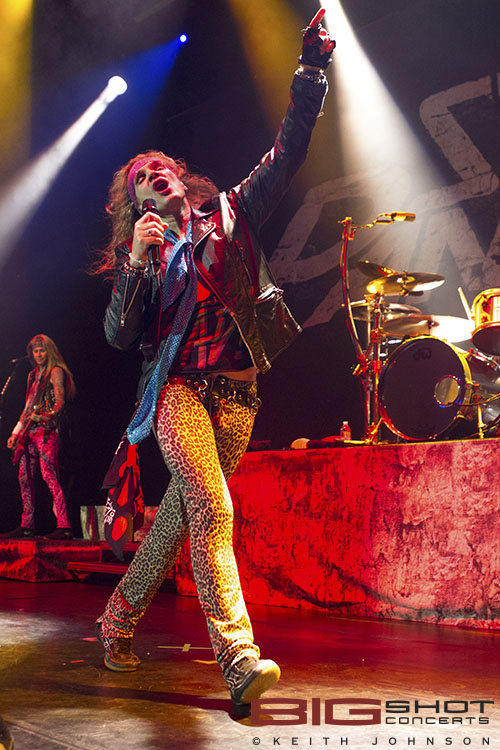 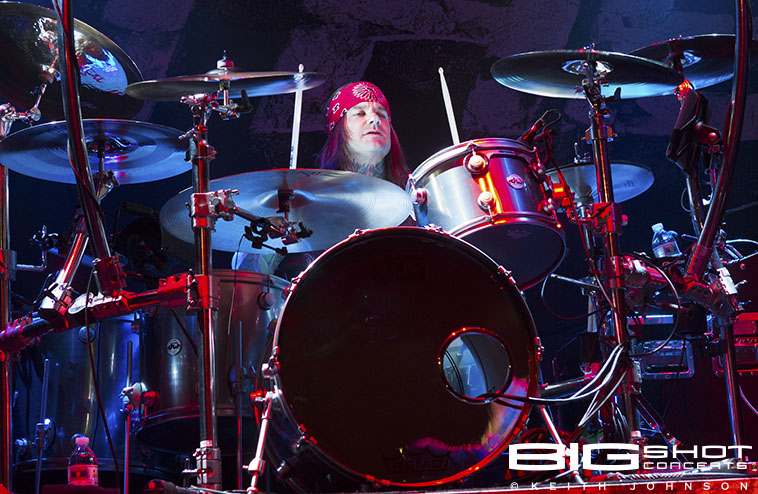 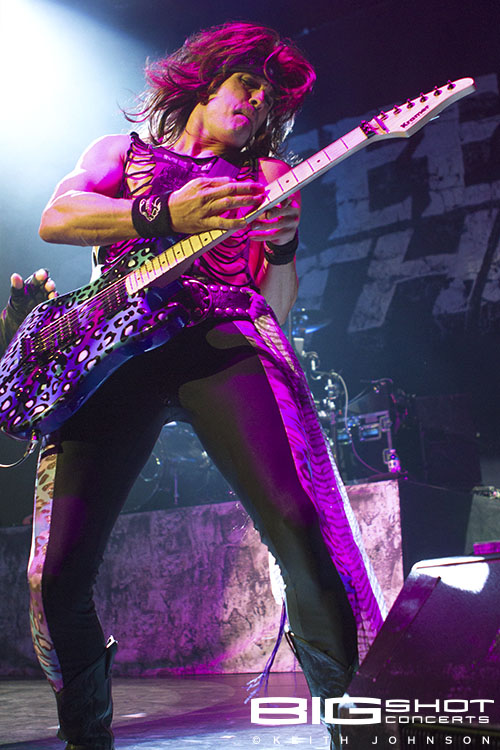 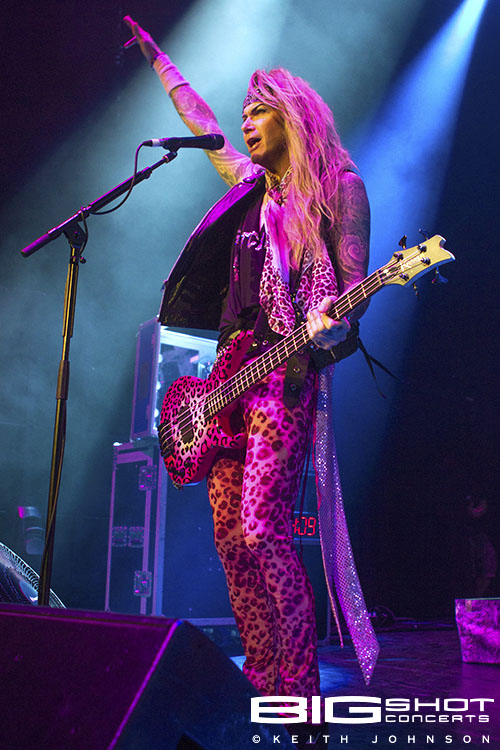 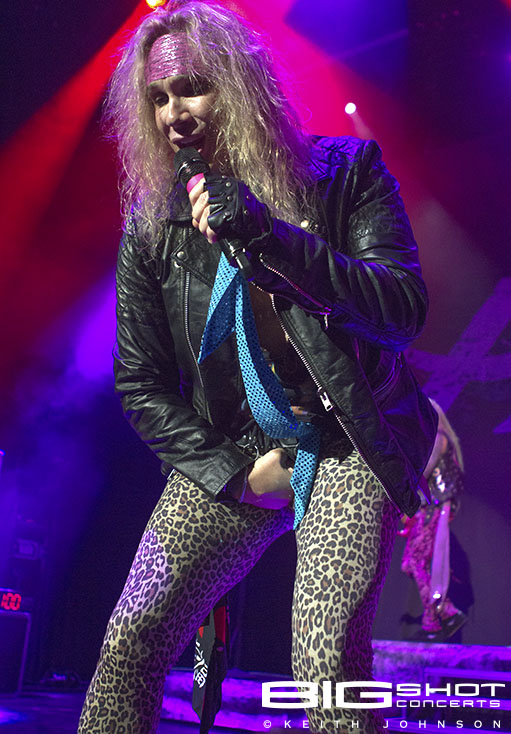 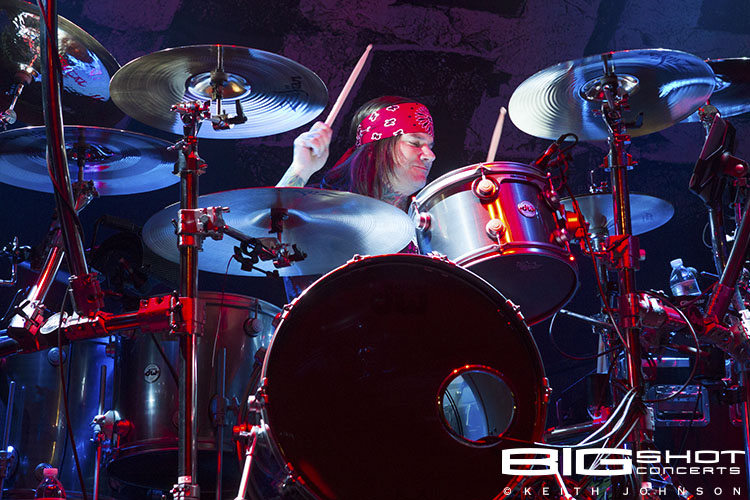 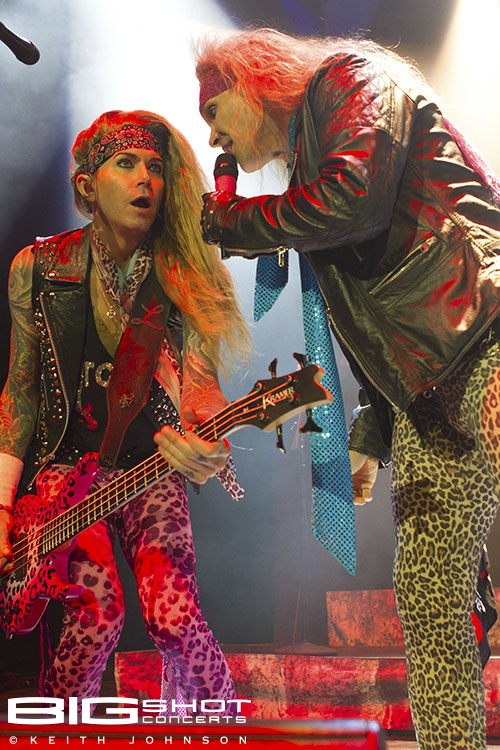