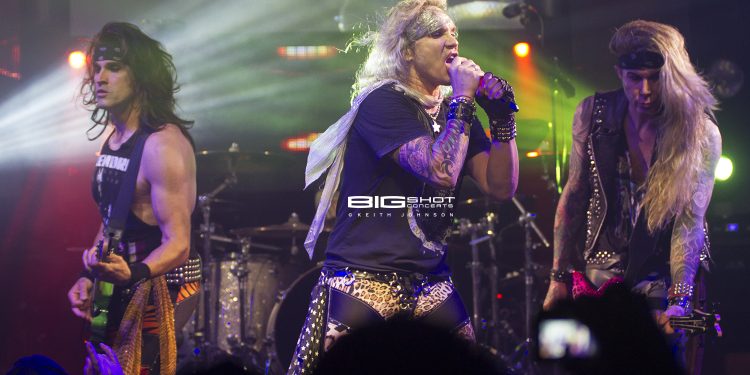 Steel Panther 2017 Girls in a Row Tour sleazed into Fort Lauderdale to lower the bar and perform a totally bitchin’ set of raunch and roll tunes at the Culture Room.

Fanthers of all ages squeezed into their spandex to party and spend the night with the sexiest band in the land. Even though Steel Panther is the most successful glam band of the era, they never deliberately start their concerts late — despite spending the entire afternoon in a haze. In fact, they always play like they are completely sober. And that’s part of the shtick.

This is Steel Panther

Satchel is an immensely gifted guitar player. His licks get up inside you; then he uses his whammy bar to twist up and change the tension of the sound for added listening pleasure. When he wasn’t sending sexual shockwaves out from his six string, Satchel was hurling barbs at his bandmates because he’s an exceptional smart ass as well.

Michael Starr can out-sing anyone holding a microphone. He also has blonde hair, and that alone qualifies him to be a lead singer. His vocal performance left everyone speechless and some wanting a weenie ride. Michael hit all the high notes and used his pipes to belt out tunes without ever cracking up. Whatever he is gargling with, it keeps his throat all lube up for prime performance.

Lexxi Foxx walked out holding a bass — but quickly picked up his bedazzled mirror and began primping. The tall and slender pretty boy applied coasts of lip stick and hair spray between thumping out notes on the low end. Groupies all know the best place to hang after a show is Lexxi’s Mom’s House, or the tour bus. Whichever one is closer.

Stix Zadinia is the best drummer in the band. He admirably used both his hands and feet in perfect timing to lay down the rhythms and make sure he didn’t beat off before the rest of the guys joined in. Stix clearly enjoys his job pounding the drums. The only thing he loves more is handing out laminates to women so he can pound them backstage.

Inappropriate behavior is expected and always appreciated at Steel Panther shows. Much to the delight of the men in the crowd, Satchel really didn’t have to to very much coaxing to get the loosest ladies in South Florida to lose their inhibitions. He simply said: “You have juicy boobies. I want you to get up on this stage.” The women were stoked to accept his invitation, exposing their melons, jugs, headlights, ta-tas, titties and, of course, boobies. It was over in a flash, but still — a jiggly, over-the-top rock and roll experience.

By the end of the concert, Steel Panther had oozed out so much energy and excitement they had to tip each of the roadies a $100 bill to clean up all the wet spots from the stage. But, that’s the burden of being wonderful …

Steel Panther 2017 Girls in a Row Tour is going to stay docked in Florida so Satchel, Michael, Lexxi and Stix can head to Cozumel and Costa Maya, Mexico on the KISS Kruise VII. You can bet the guys will be pullin’ the triggers of their love guns, bangin’ mermaids and leaving seamen on the deck.

Derek Day Opens for Steel Panther
California guitarist dude Derek Day and his band kicked off the night with an in-your-face set of hard-hitting tunes. His energy revved up an already amped crowd. He earned props for his covers of “The Ocean” by Led Zeppelin and a twist on “Bennie and the Jets” by Elton John. 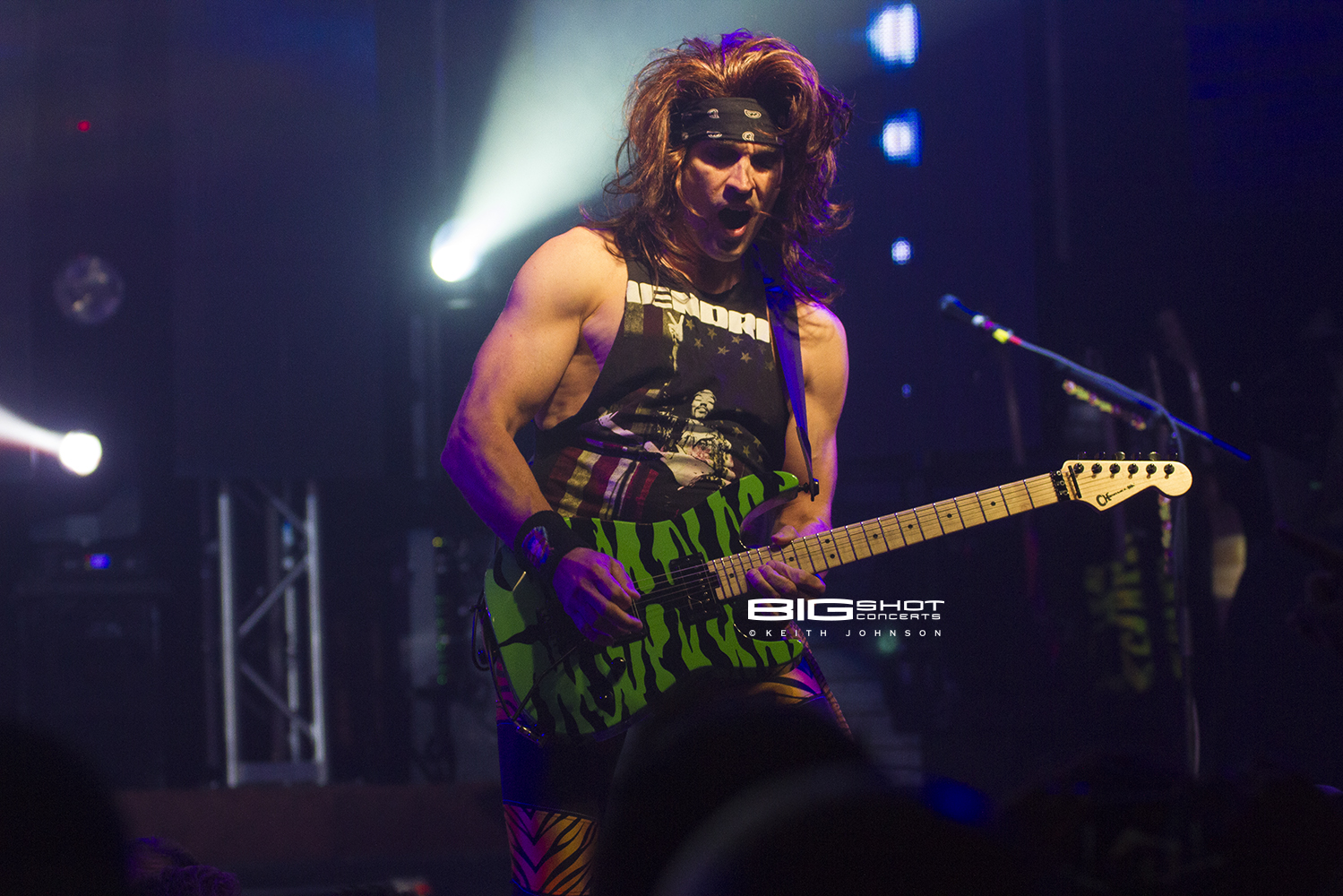 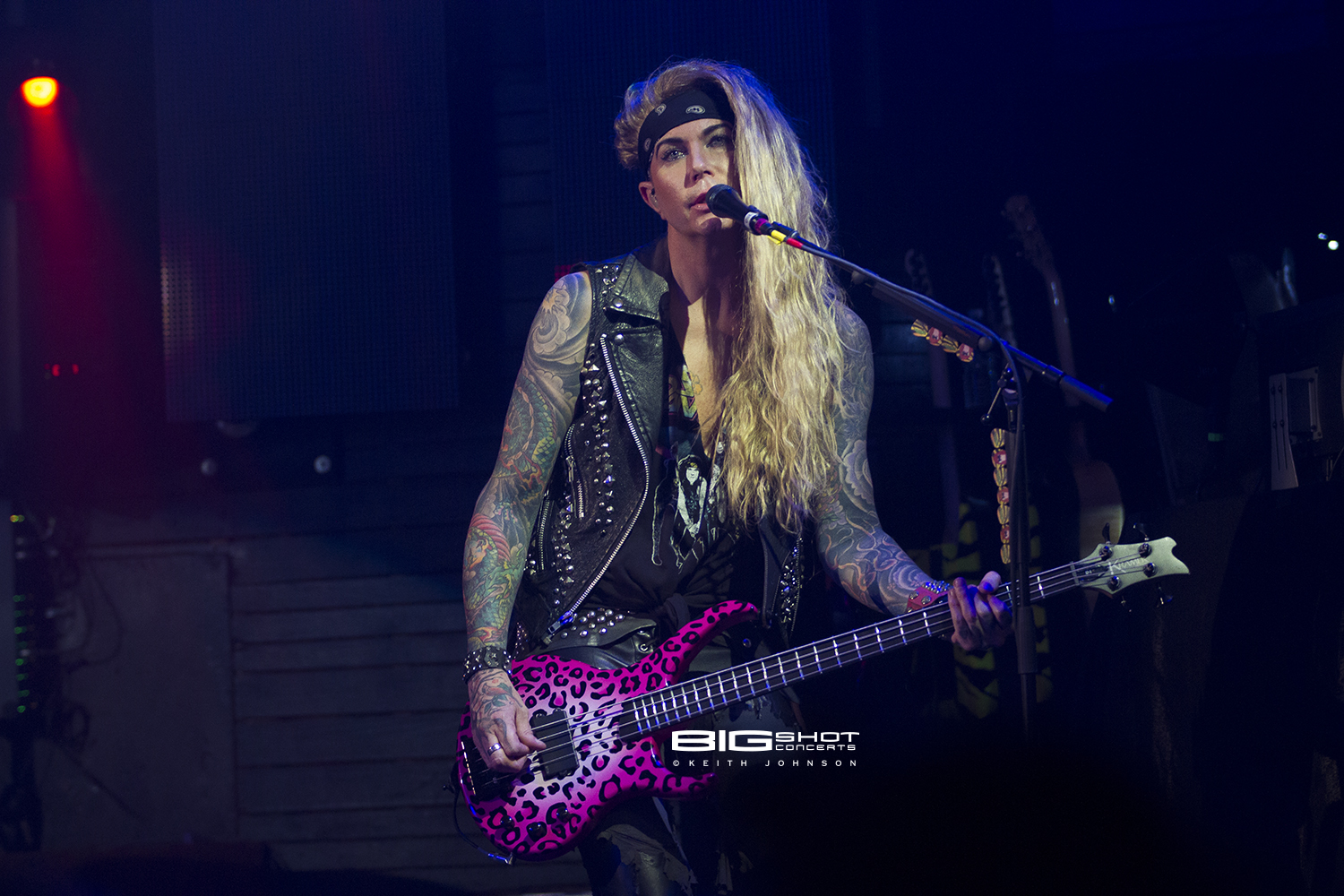 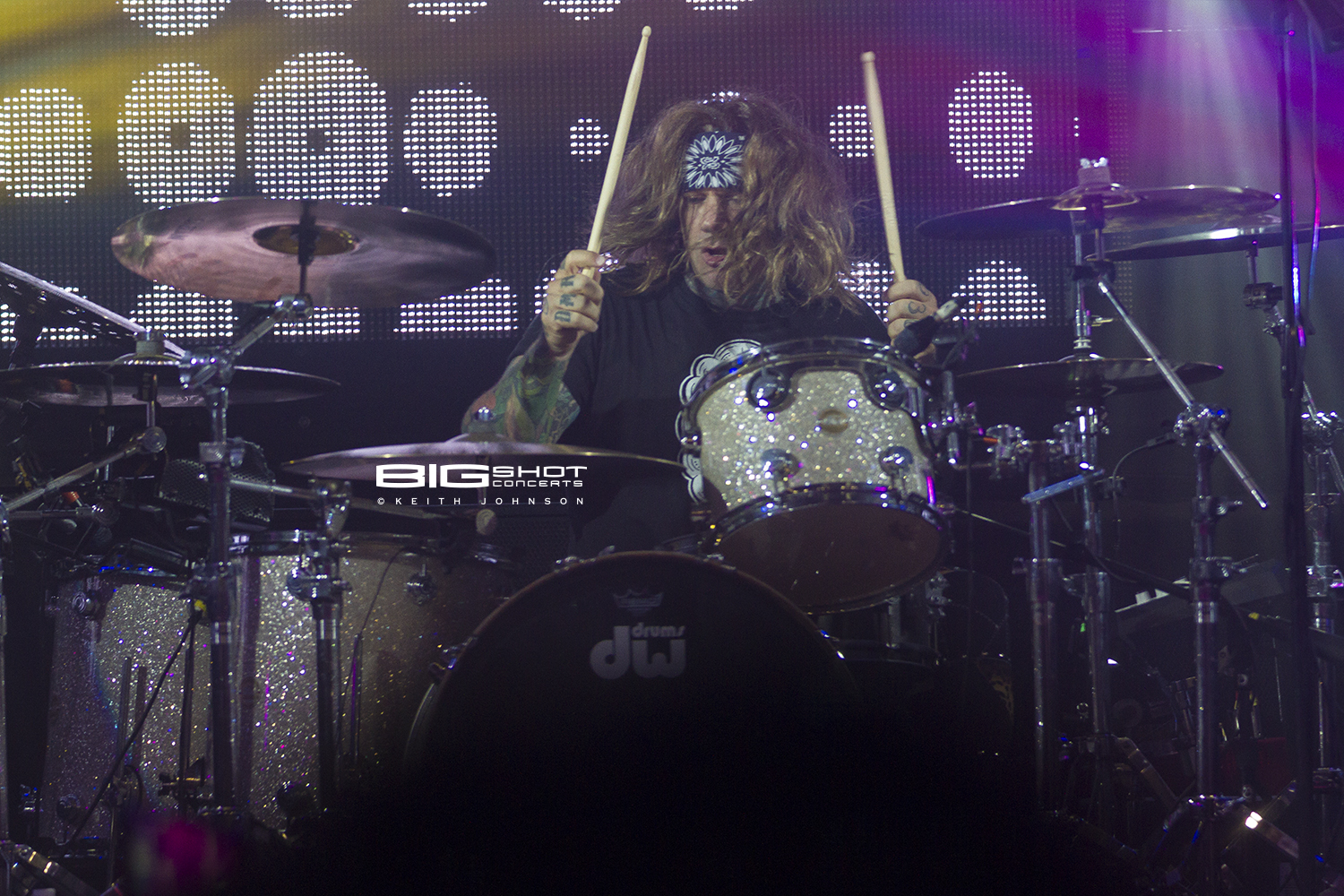 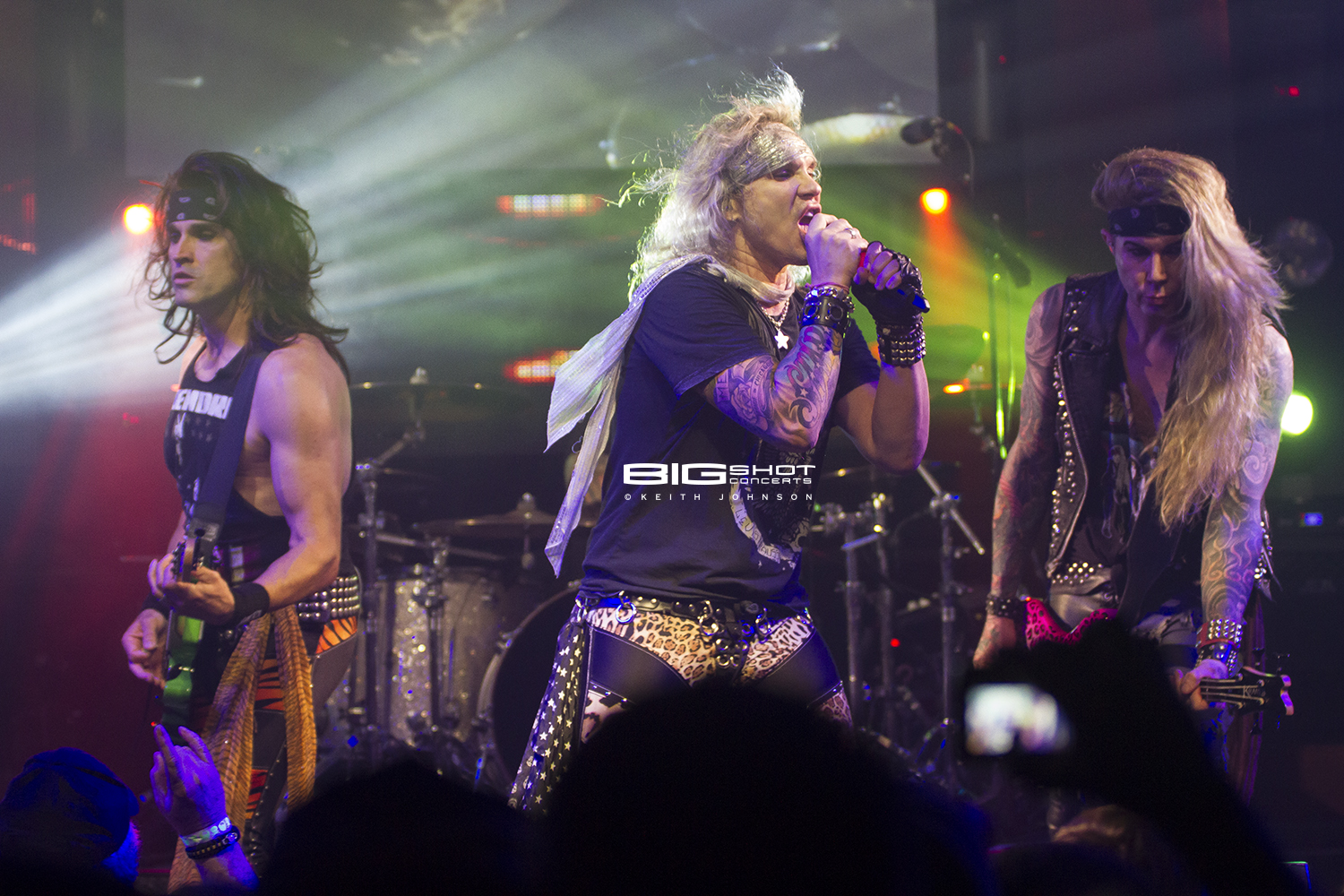 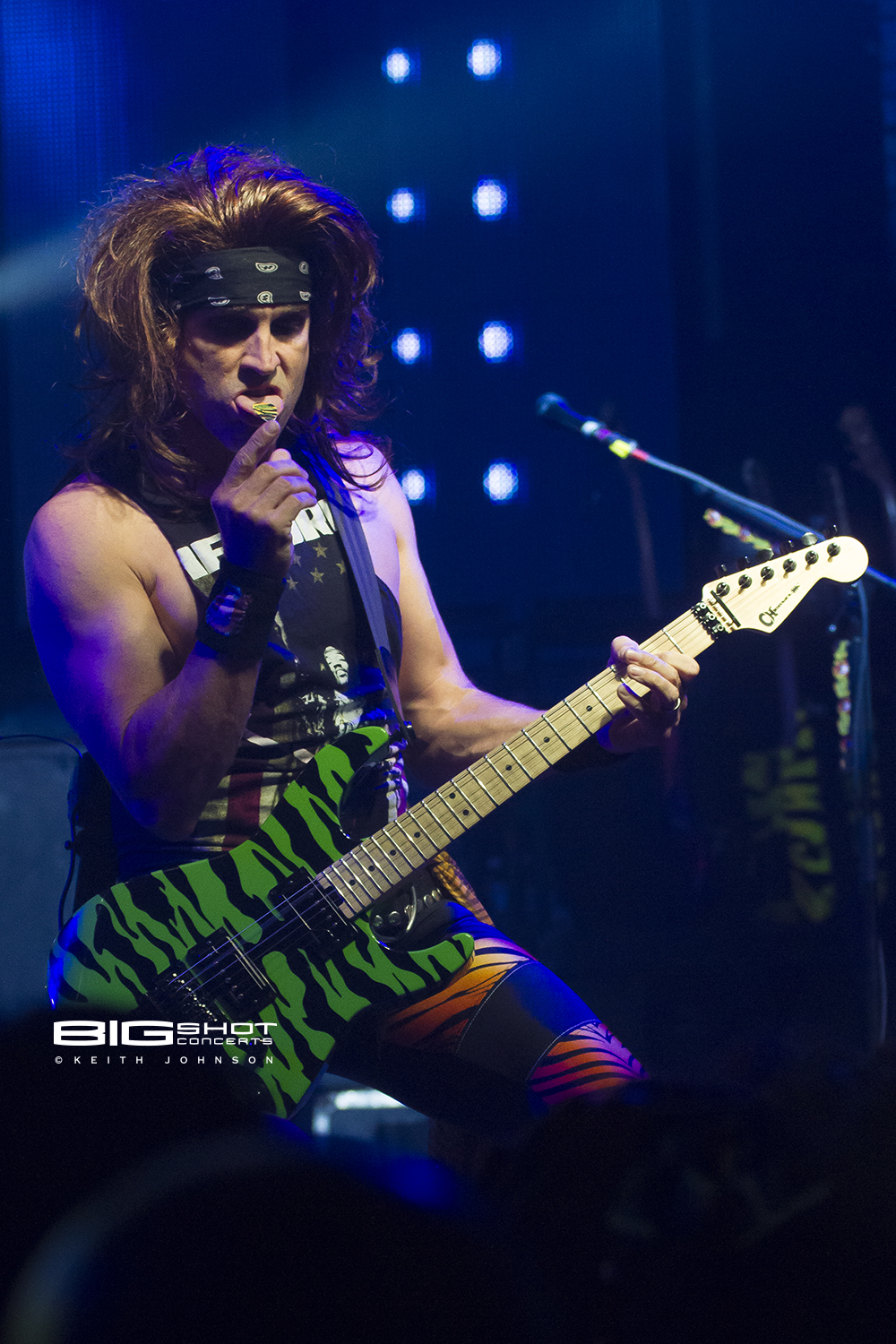 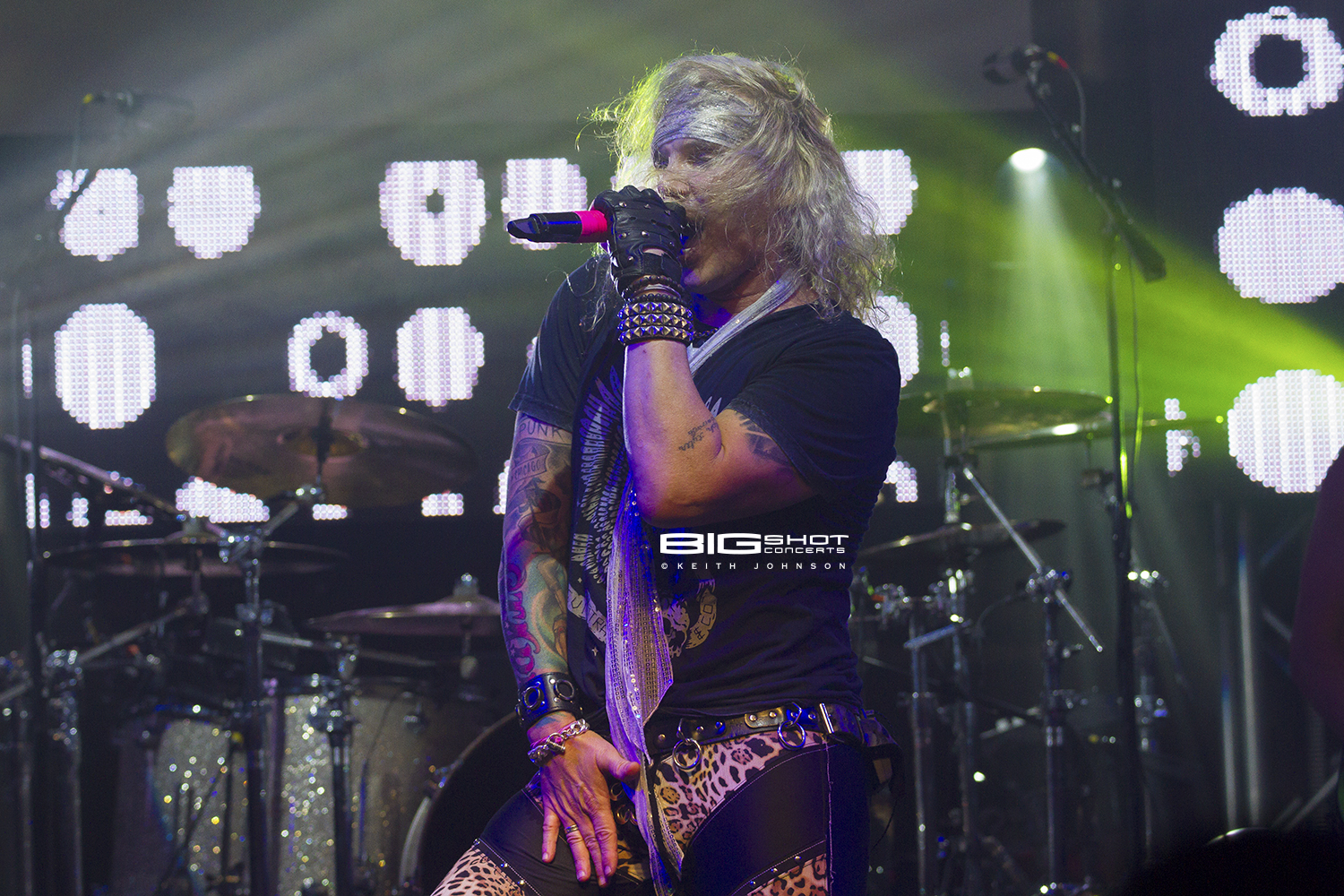 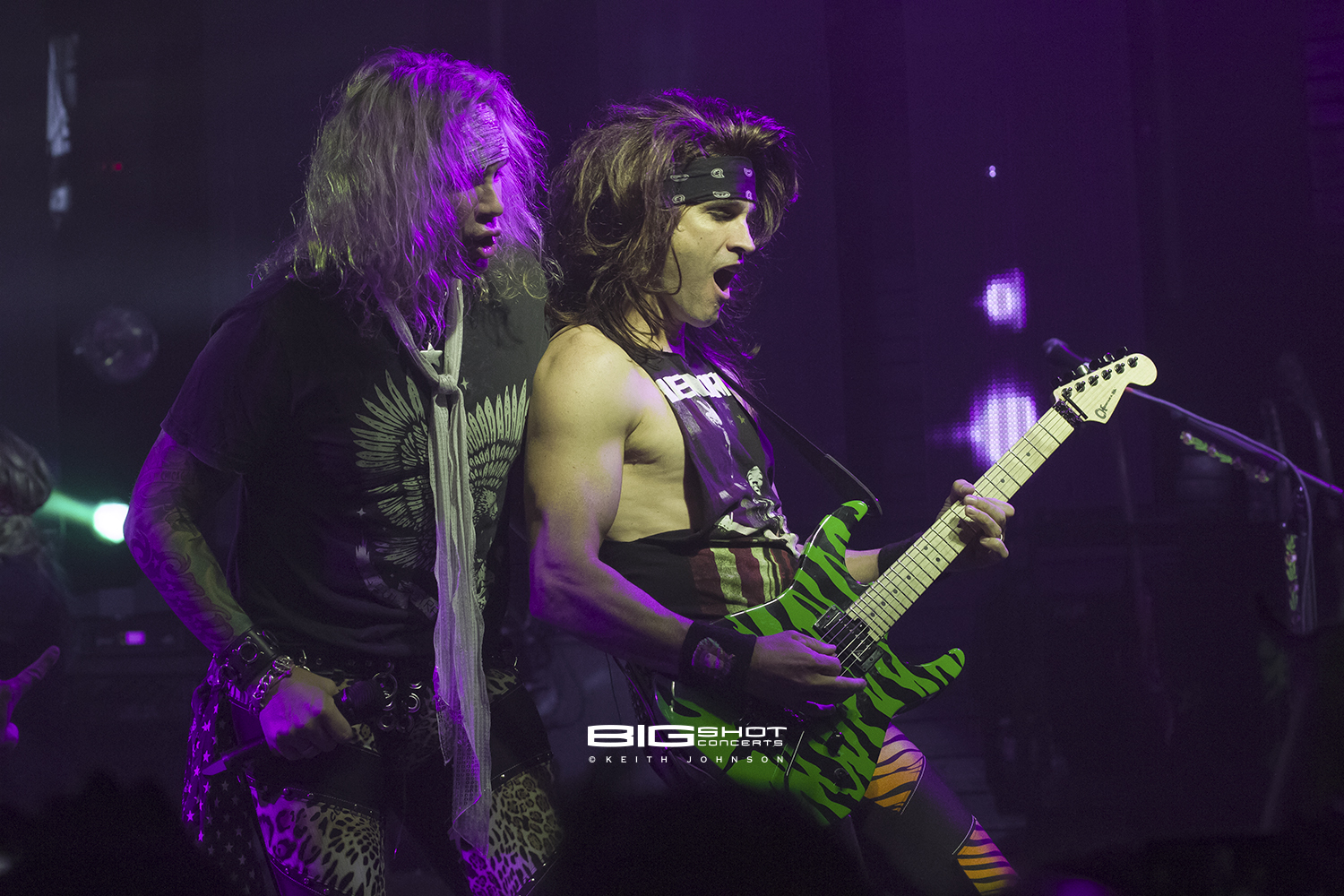 Michael Starr and Satchel get close in the Culture Room 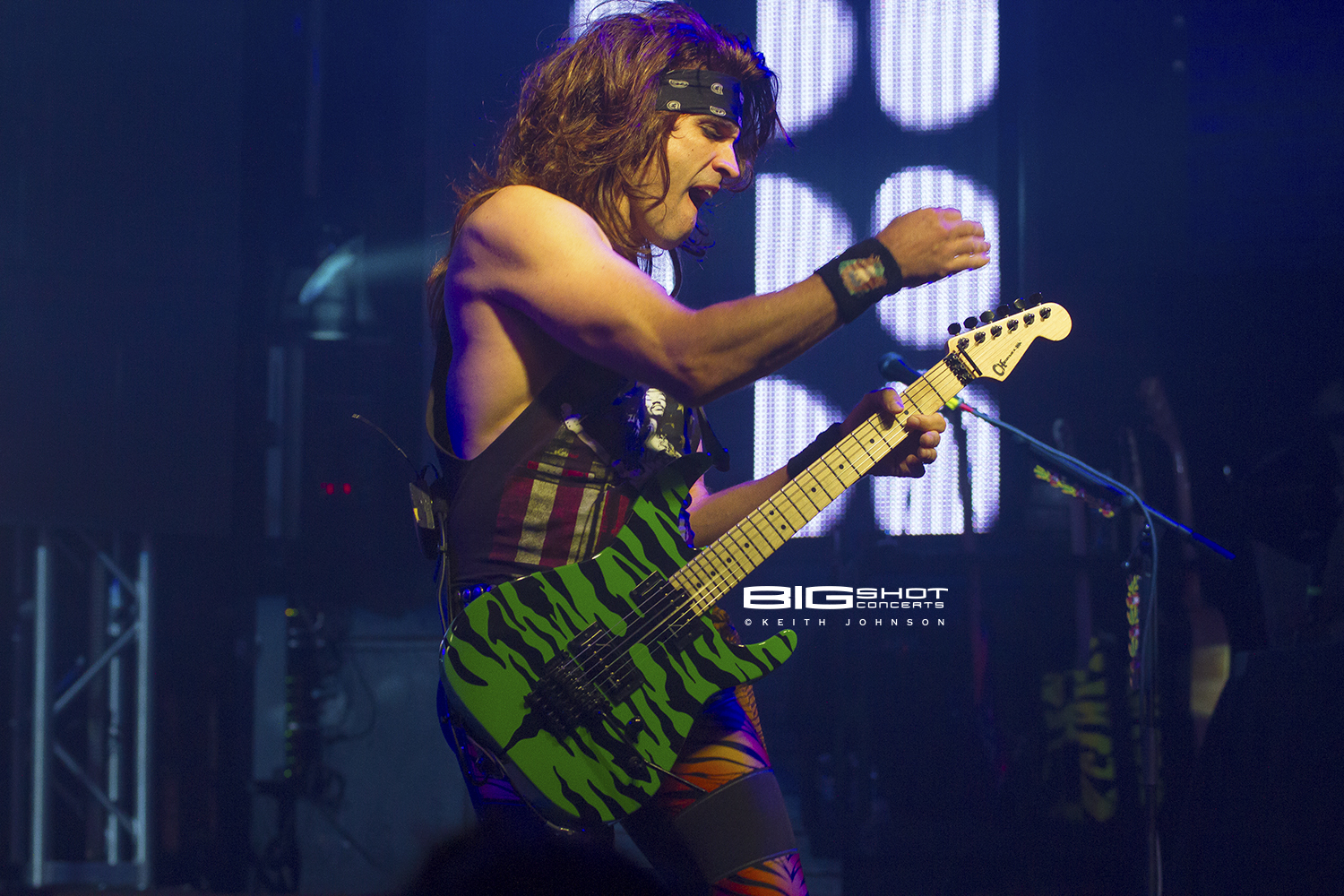 Satchel gets ready to stroke his guitar 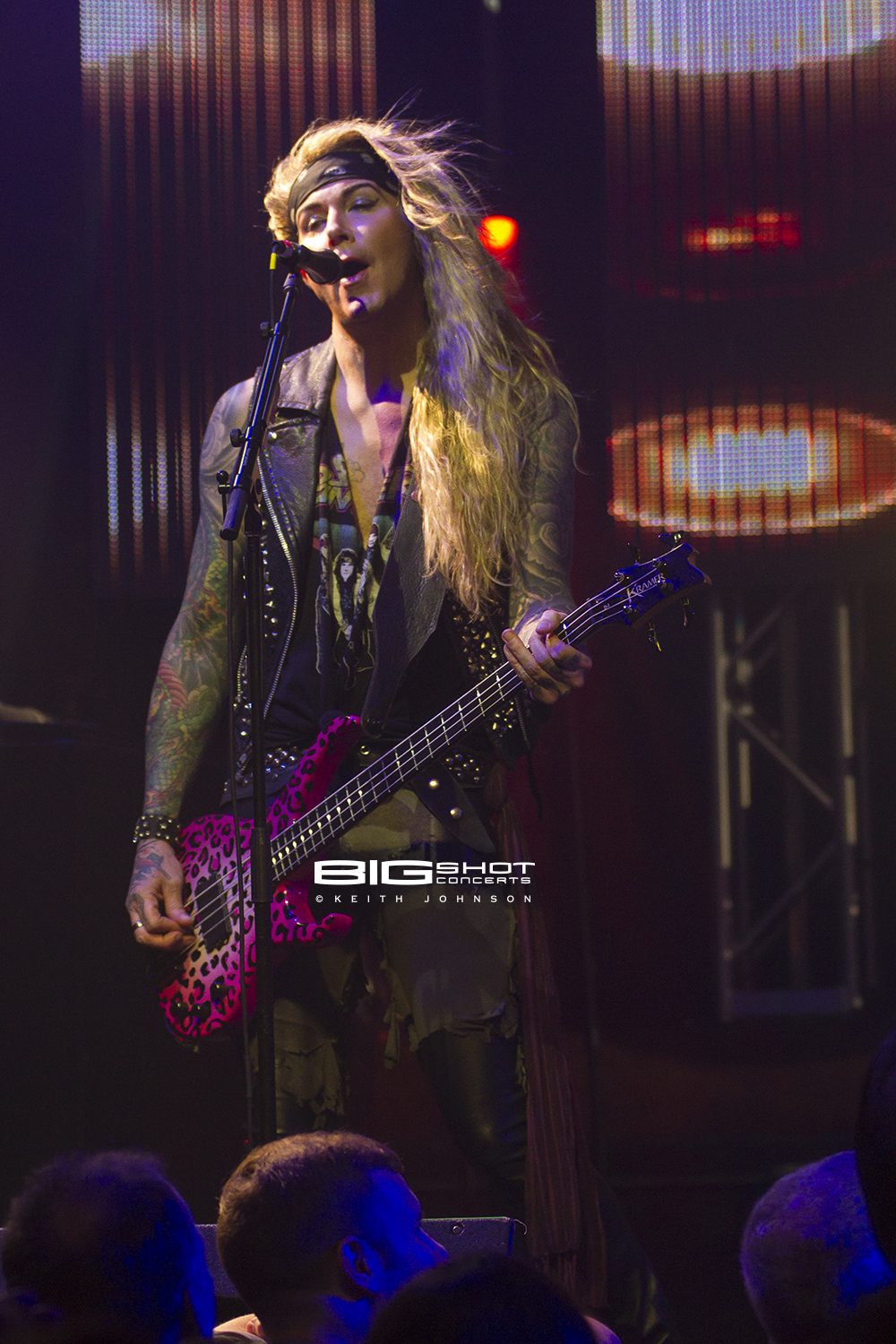 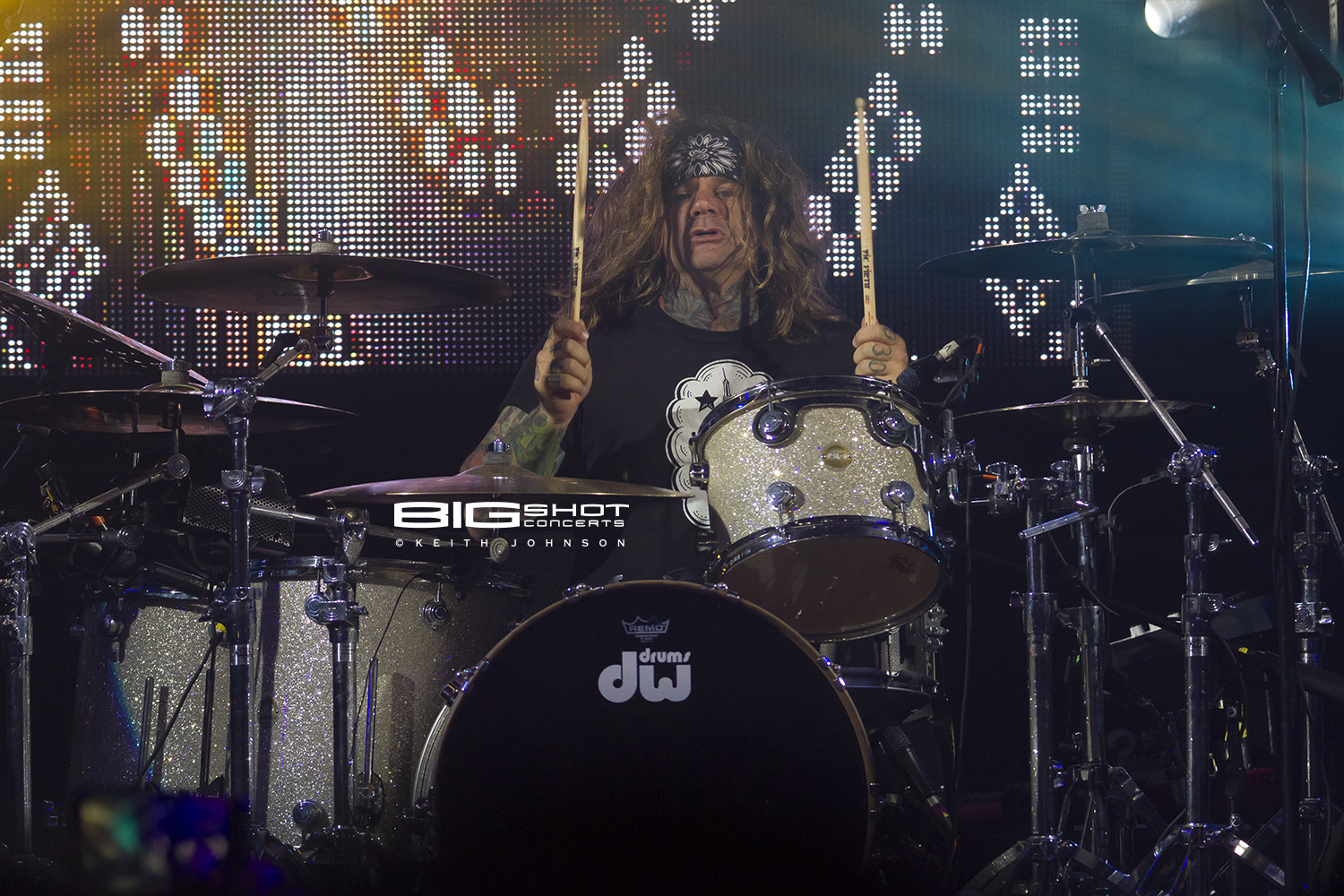 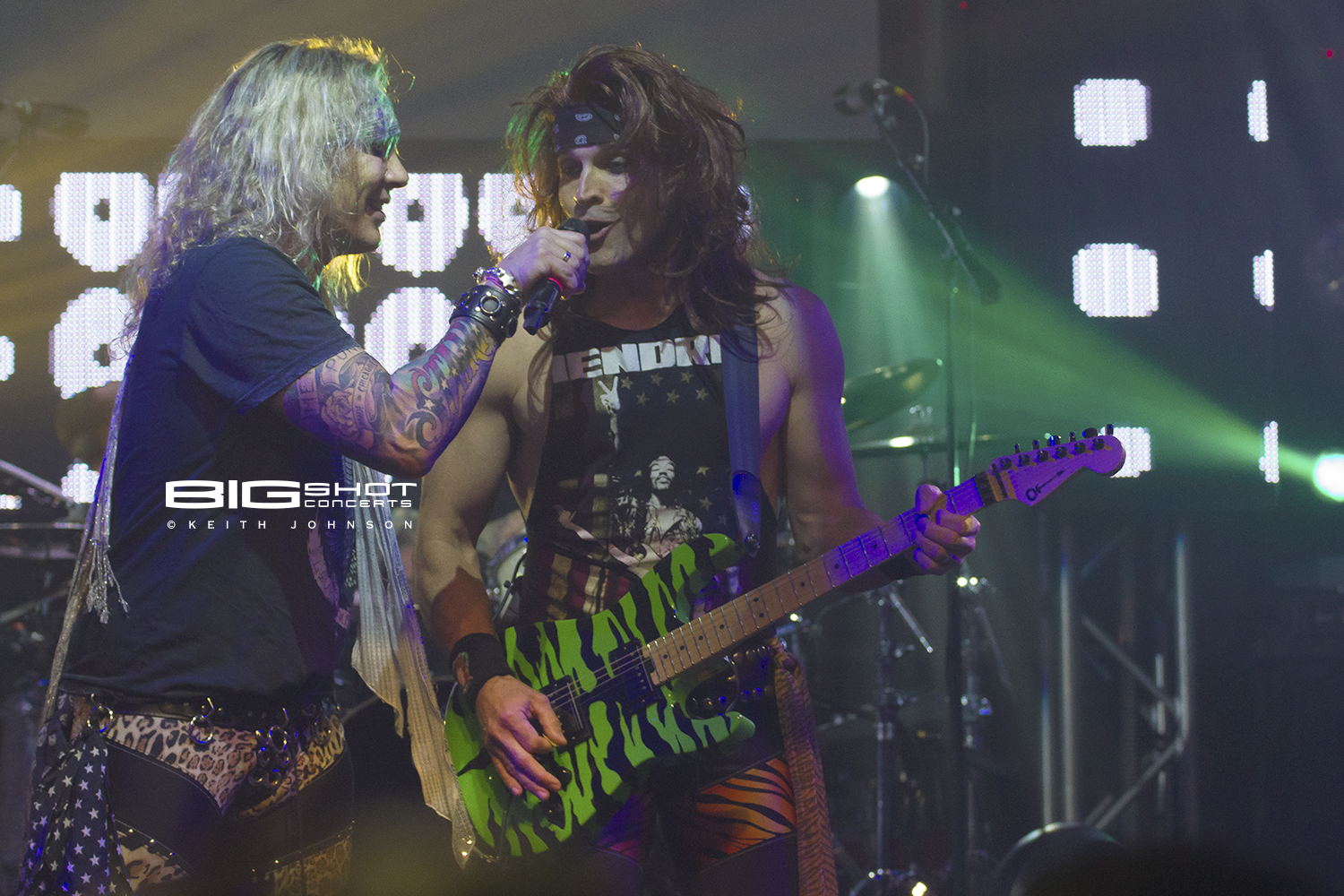 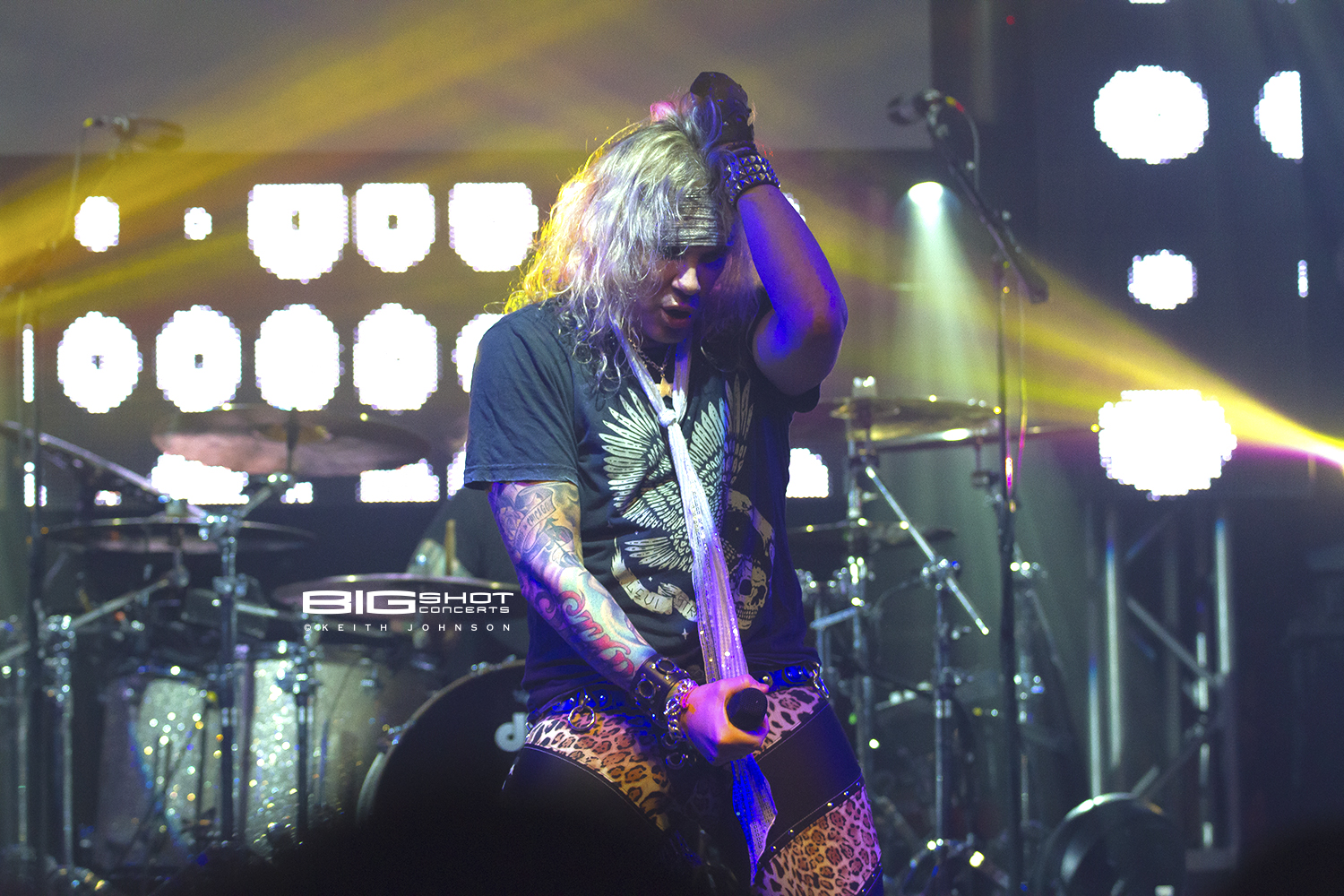 Michael Starr of Steel Panther grinds for the ladies 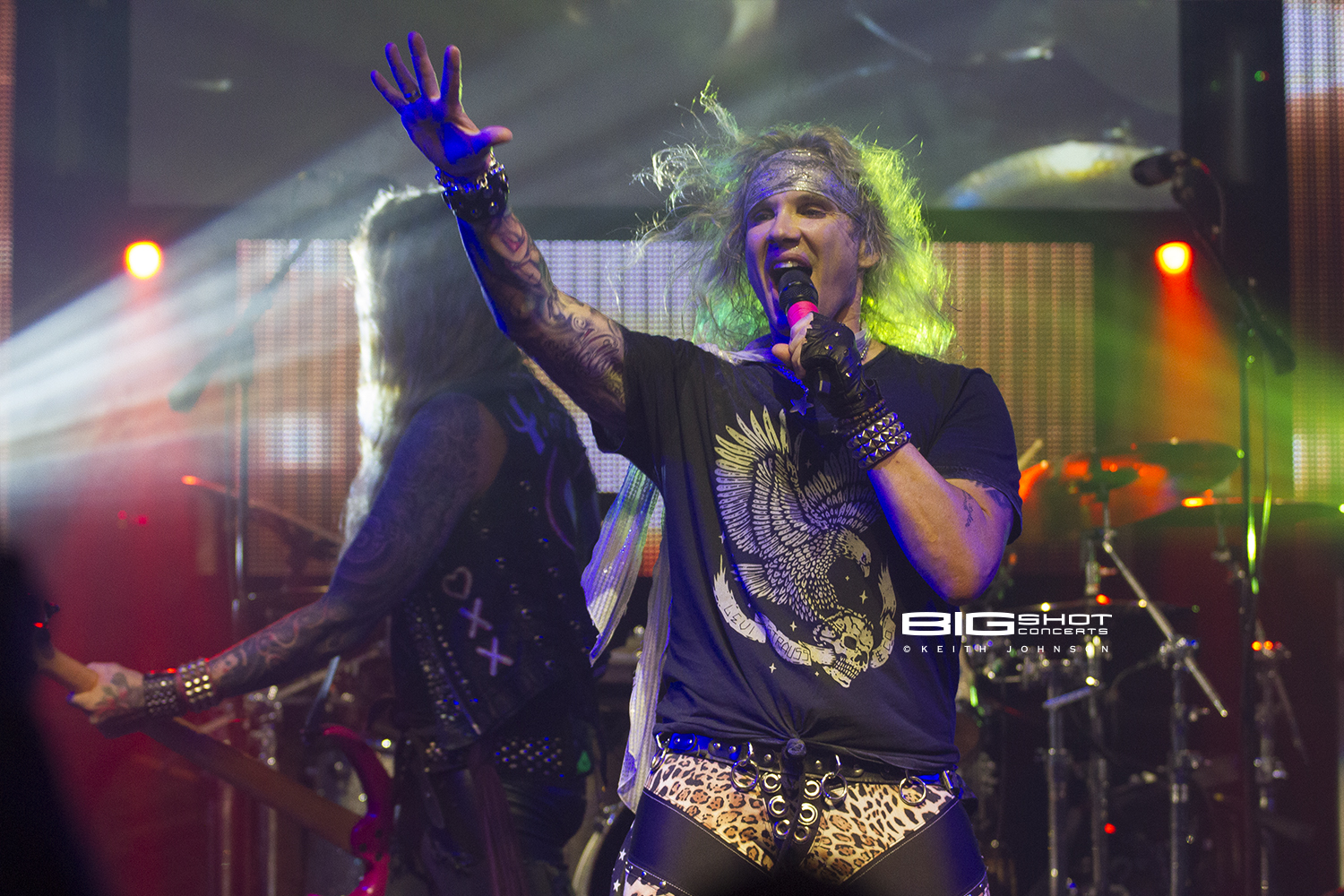 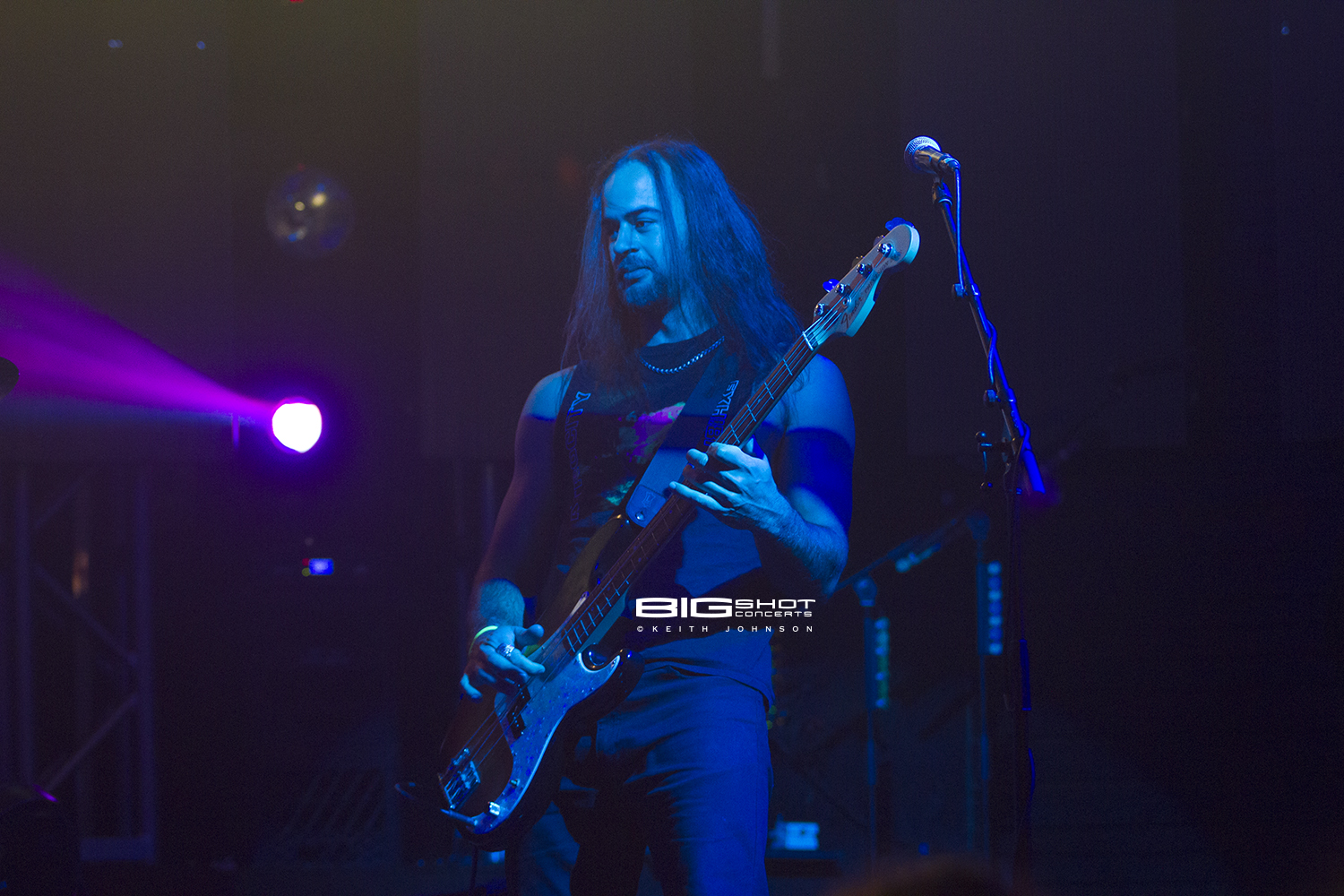 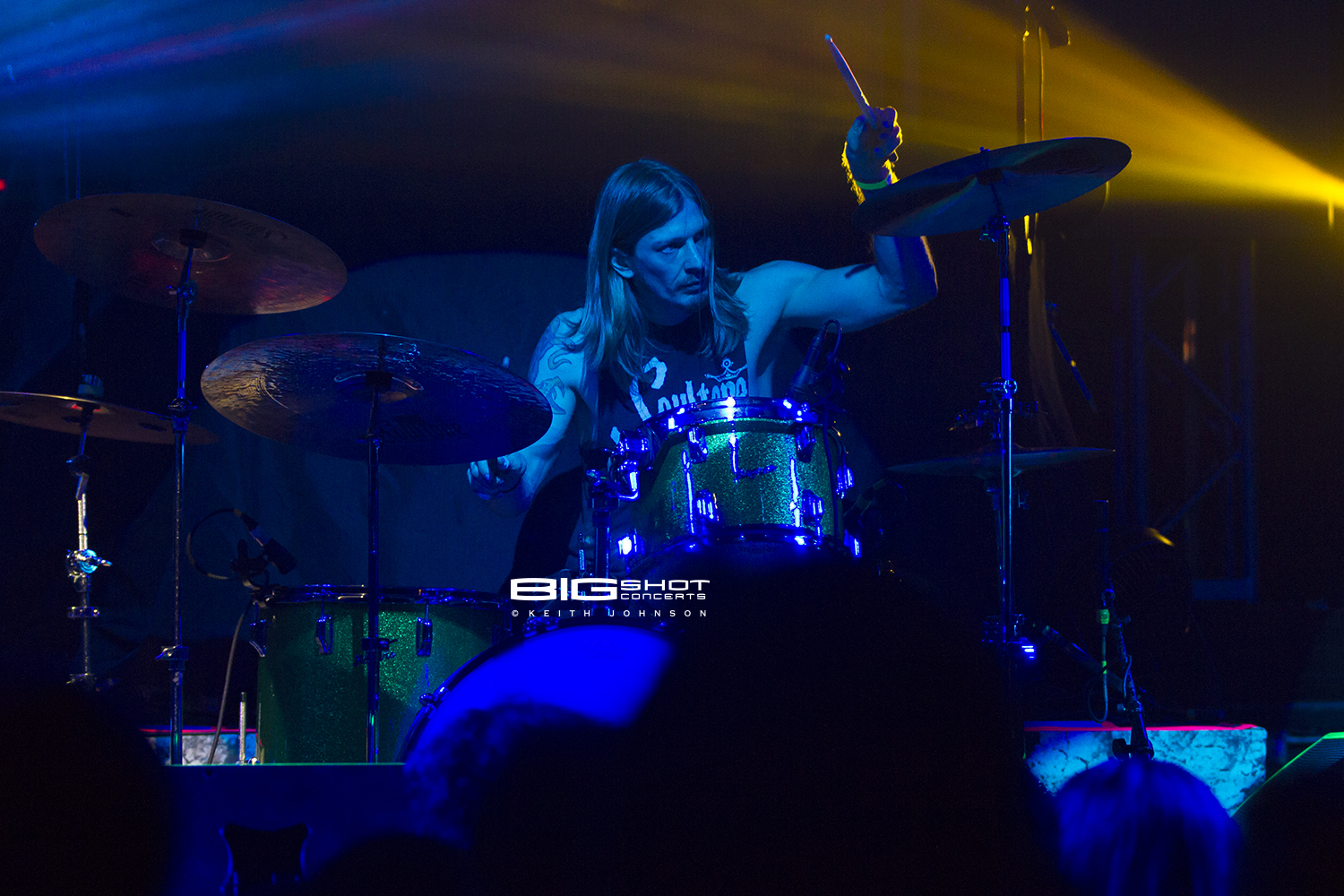 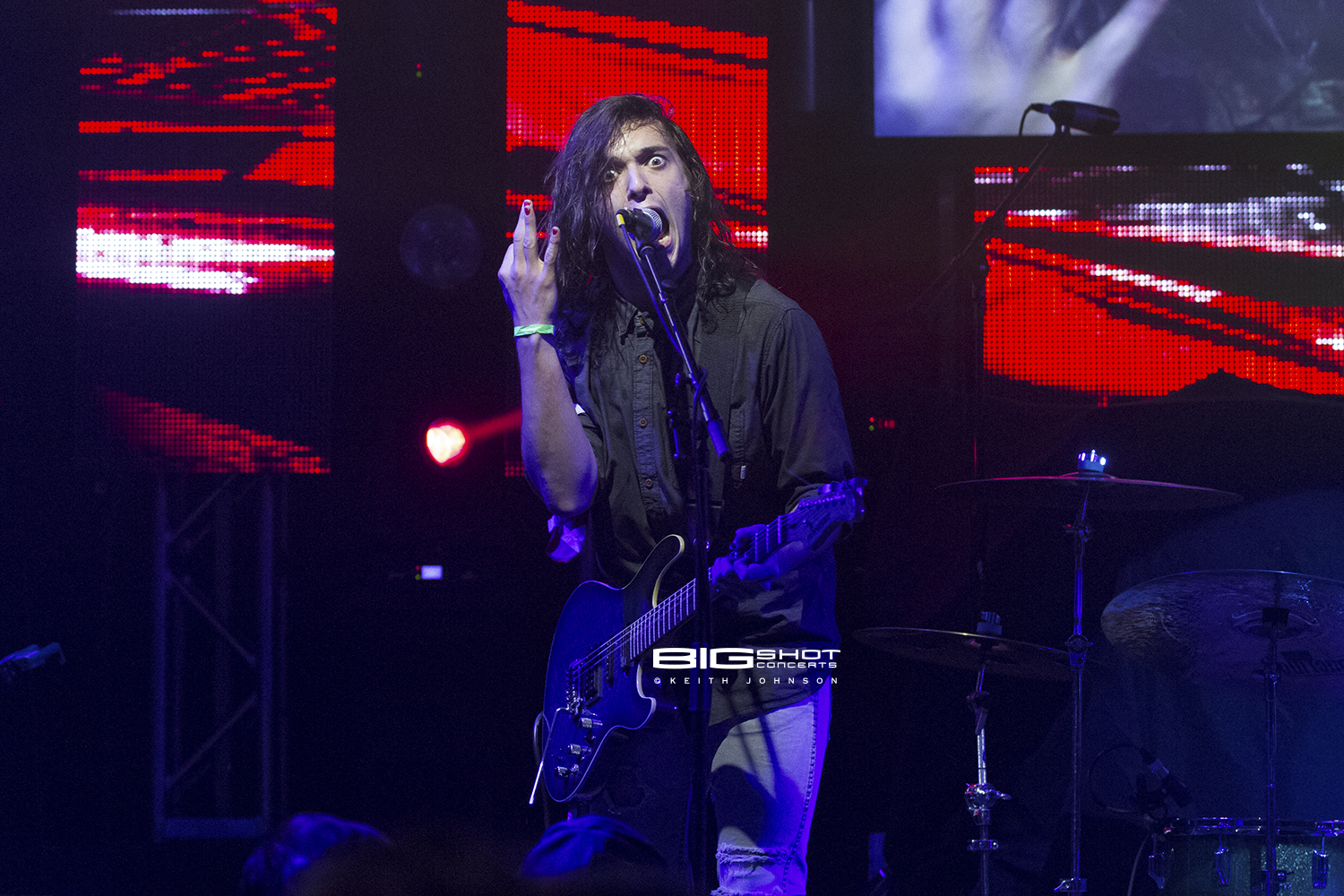 Toadies at the Culture Room in Fort Lauderdale, FL