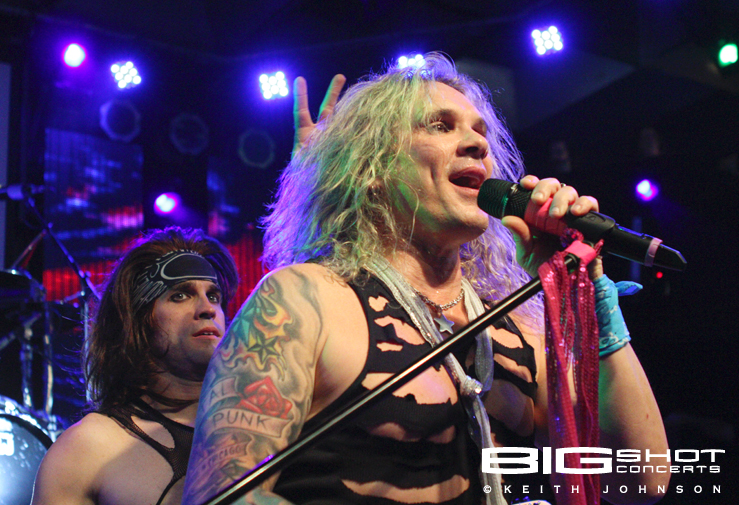 Steel Panther fueled up their “Supersonic Sex Machine” with balls out metal and vulgar hilarity for a night of sweat-drenched rock –n– roll debauchery at the Culture Room in Fort Lauderdale, Florida.

Michael Starr is a charismatic frontman with powerful pipes and piercing screams that easily carried concertgoers back to the decadent 80s. He also has blond hair and wore skin-tight spandex pants with a ripped shirt — all of which qualify him to be a lead singer.

The one word that best describes Satchel is awesome! This smart-aleck shredder is a guitar virtuoso god and one hell of a stand-up comedian. The only thing bigger than his riffs is his on-stage persona — and that didn’t need any amplification to be seen or heard loud and clear.

Stix Zadinia is definitely the best drummer in the band and the only one with enough guts to beat his skins in public. Of course when you’re responsible for keeping time for one of the most successful headbanging bands of all time you also get to make time backstage — with “17 Girls in a Row.”

Lexxi Foxx was looking foxxy as ever and spent just as much time primping in front of his trademark mirror as he did playing the bass — maybe more. But that’s to be expected when there’s more hairspray and lip gloss on stage than extra basses.

This foursome never disappoints. And this show was no exception. These guys were definitely over the top with their high-energy performance and interaction with the fans. Make no mistake, Steel Panther has been around the rock block more than once — and they love to Spread the Disease. It was an honor to catch their STD during this concert. 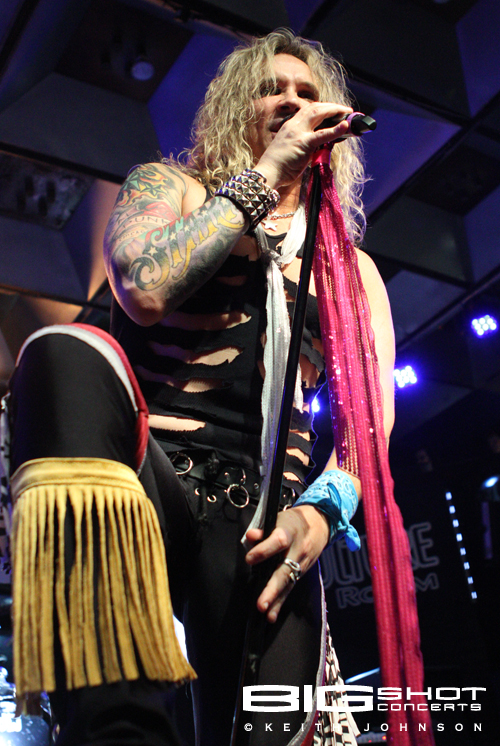 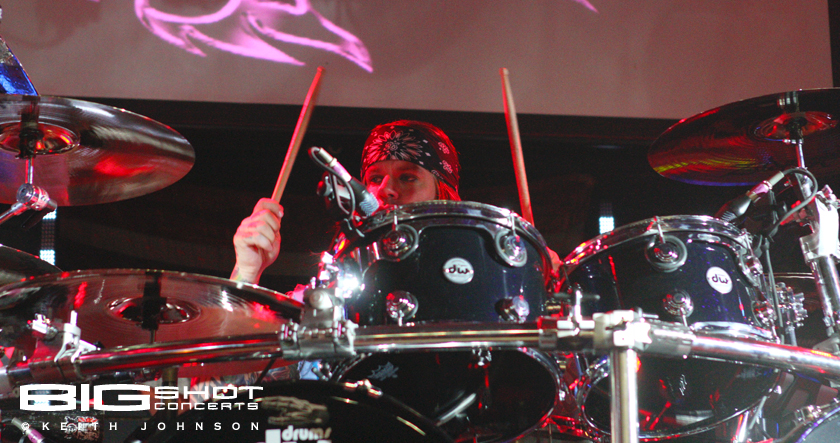 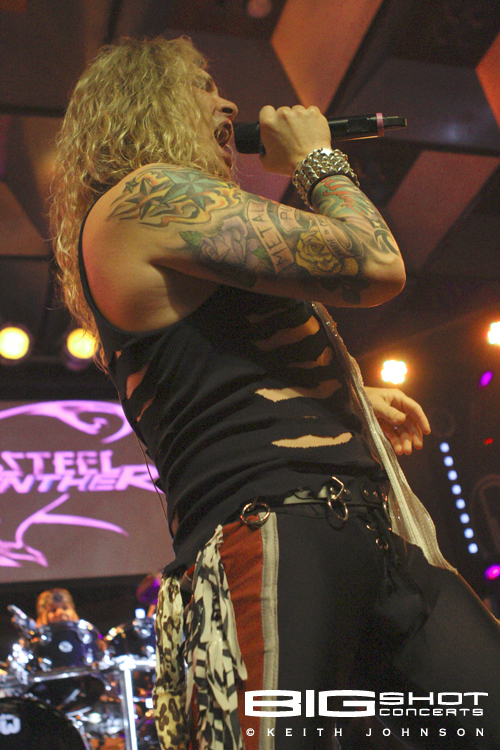 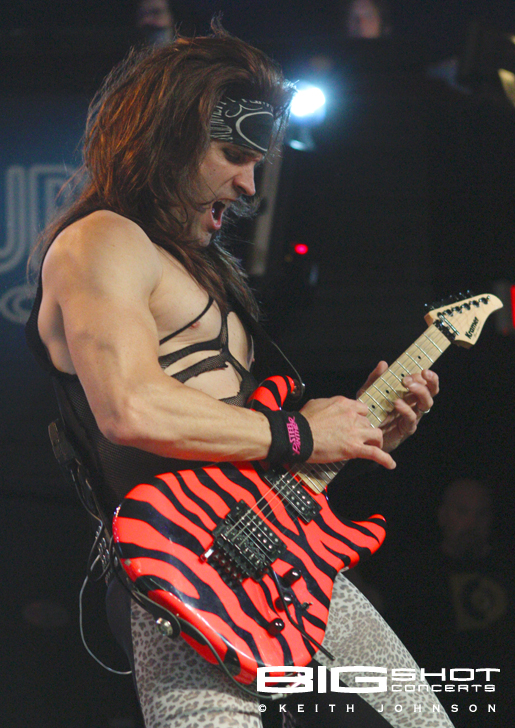 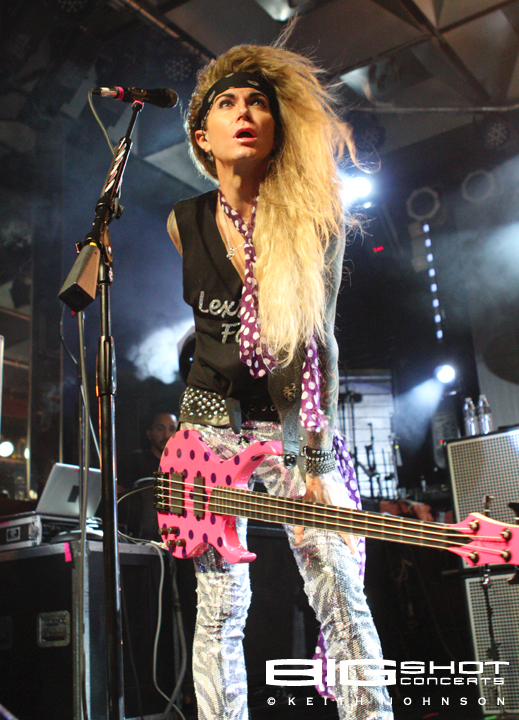 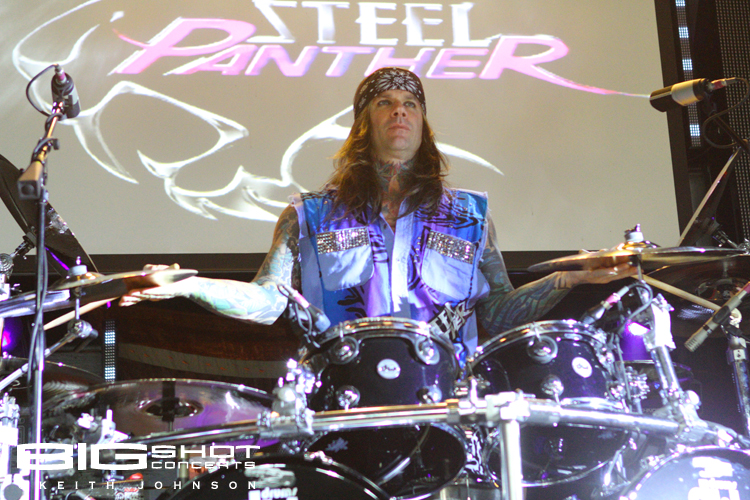 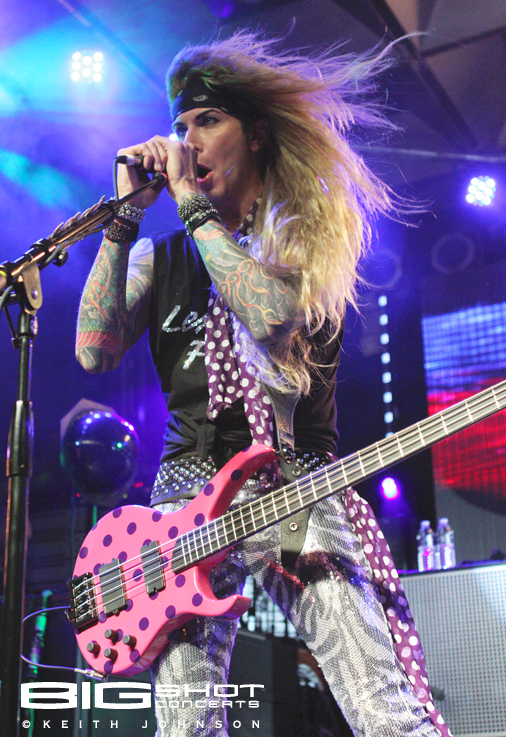 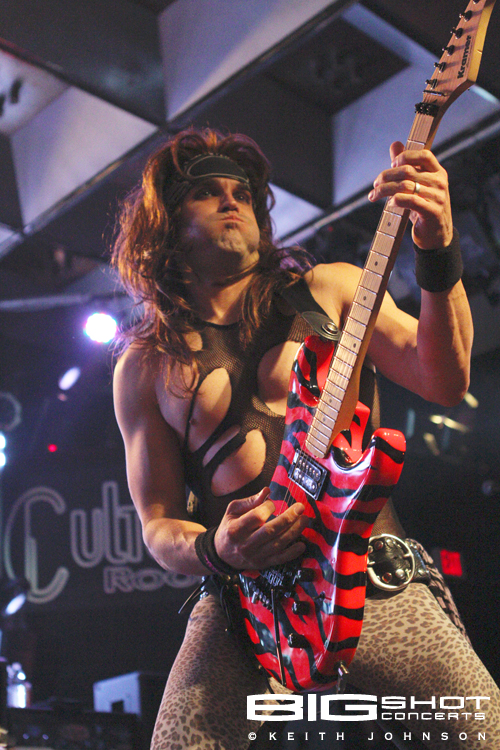 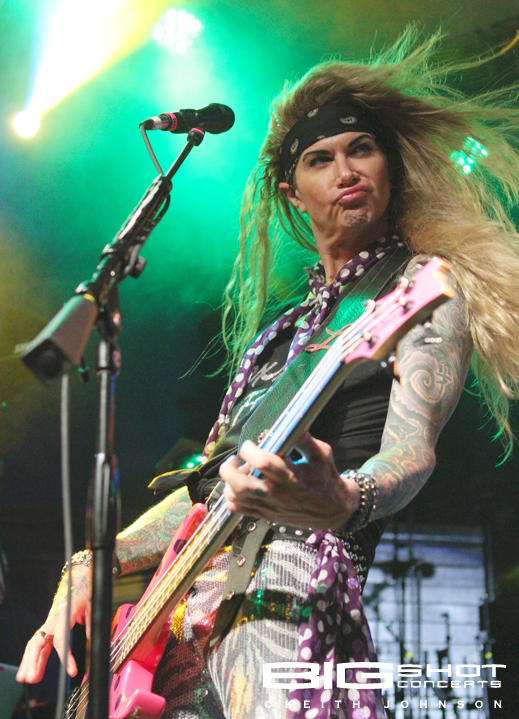 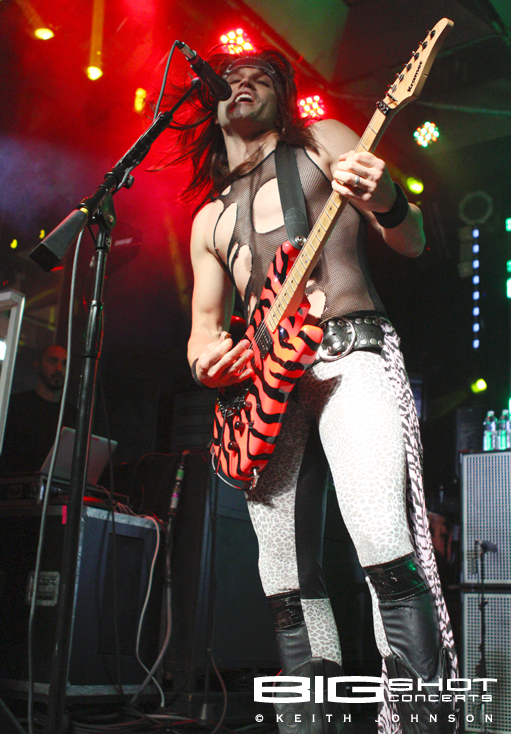 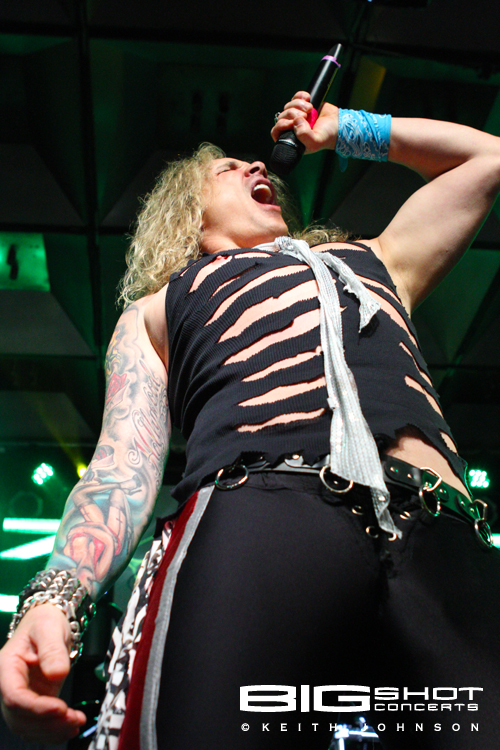 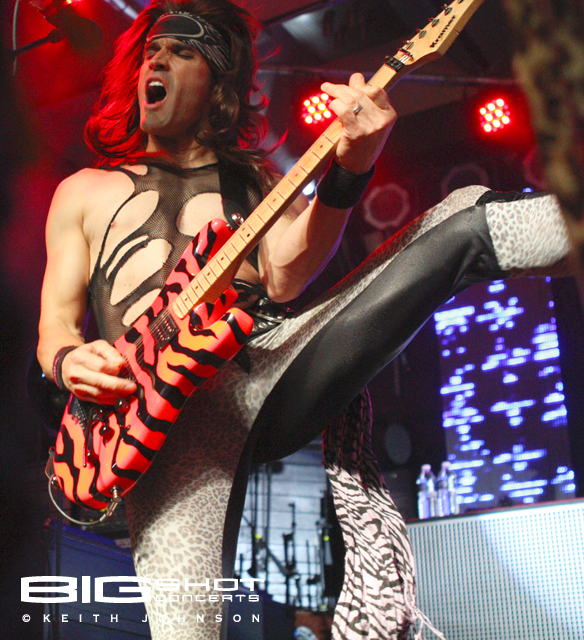 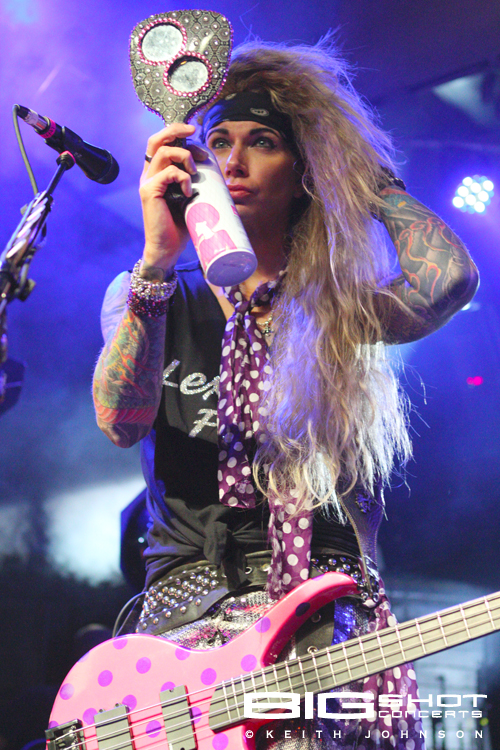 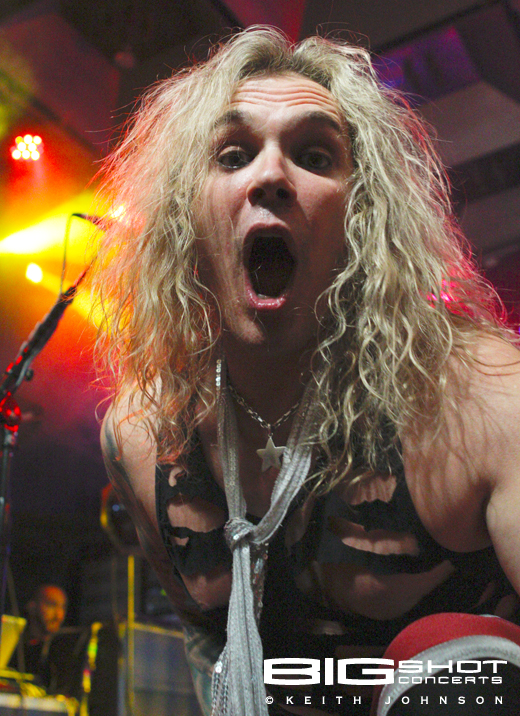 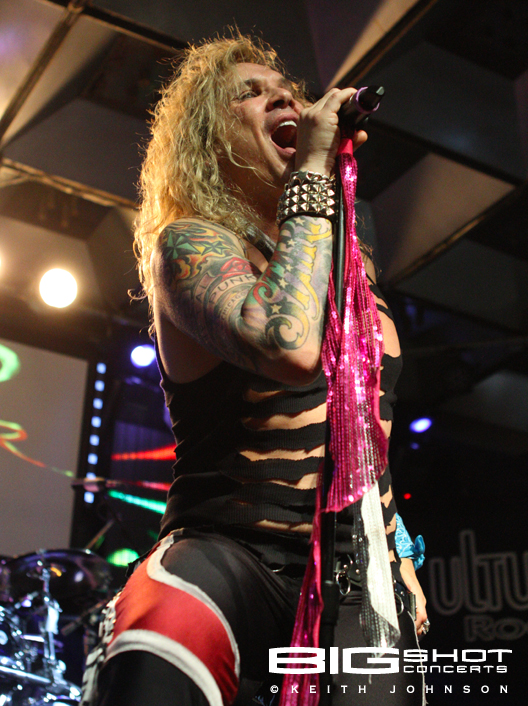 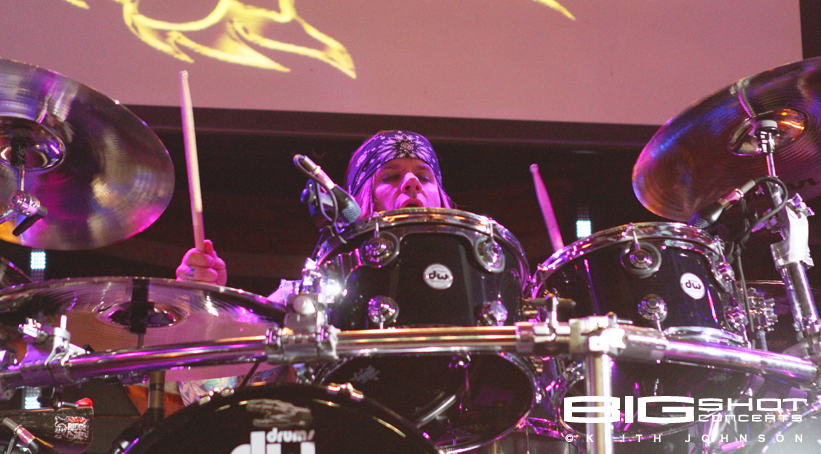 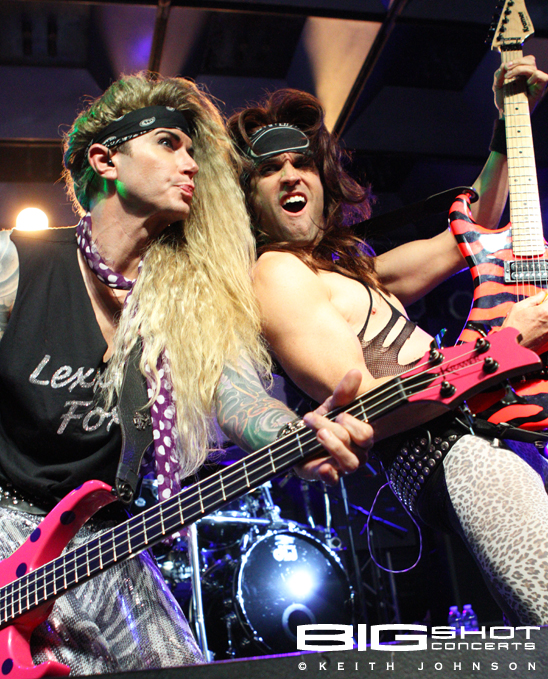