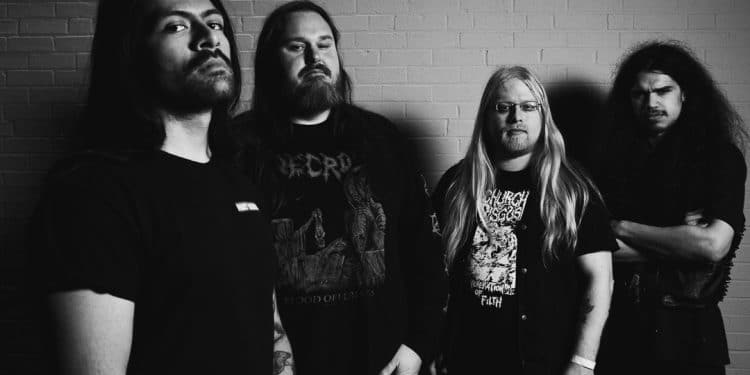 In the midst of the blistering Texan summer of 2009, Steel Bearing Hand arose from an insatiable thirst for vengeance against all interlopers, blasphemers, and desecrators of Metal. For several years, they waged war in the trenches of house venues, warehouse spaces, and dive bars across America, honing their craft. Finally, in 2015, they released their self-titled debut album, followed by a few tours. Parting ways with their co-founding drummer in 2016, 2017 was spent whetting the blade anew. With their noses to the grindstone, they produced a more refined sound, entering the studio in the summer of 2019 to capture this ultimate incarnation of the band’s character and personality with the fittingly titled Slay In Hell full-length.

Engineered and mixed by Irving Lopez (Morbosidad) at Anomalous Mind Engineering and mastered by Jack Control (Cianide, Darkthrone, World Burns To Death, Totalitär) at Enormous Door Mastering, Slay In Hell comes adorned in the diabolic cover illustration of VRUGARTHDOOM and vomits forth six hellish hymns that pay their respects to the masters – namely Celtic Frost, Slayer, and Autopsy – while maintaining a singular unholy vibe.

As a precursor to the record’s release, STEEL BEARING HAND offers up opening track “ Command Of The Infernal Exarch” for communal devouring. Issues the band, “‘Command Of The Infernal Exarch’ depicts a descent into Hell to become a knight in Lucifer’s force in order to kill God and usurp the throne of Heaven. The process of transformation from Mortal to Demon is described, along with the arsenal at hand and the tactics employed in the war on Heaven, God, all his Earthly servants, and the heavenly host.”

Stream Steel Bearing Hand’s “Command Of The Infernal Exarch” at THIS LOCATION.

Slay In Hell will be released on CD and vinyl via Carbonized Records and cassette through Carbonized and Cimmerian Strength Productions. 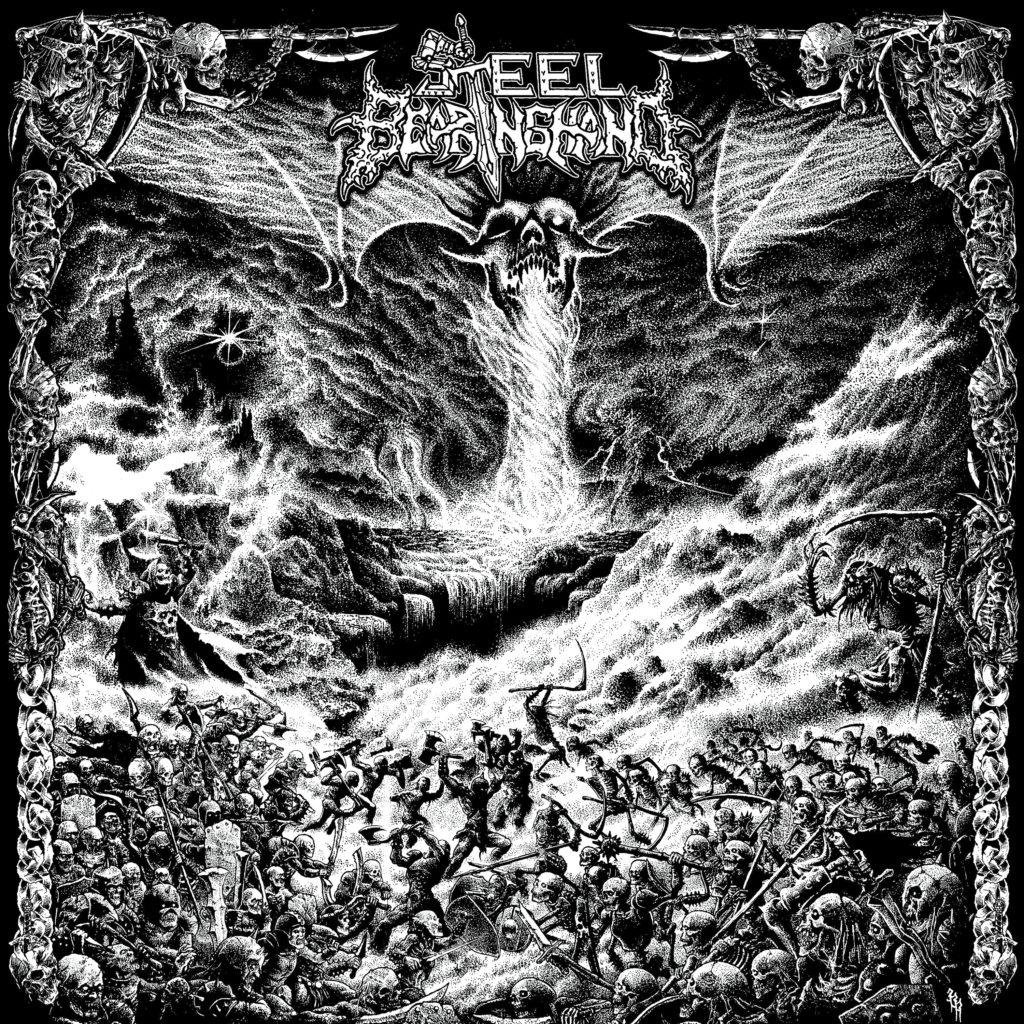 1. Command Of The Infernal Exarch
2. Lich Gate
3. Tombspawn
4. Per Tenebras Ad Lucem
5. ‘Til Death And Beyond
6. Ensanguined