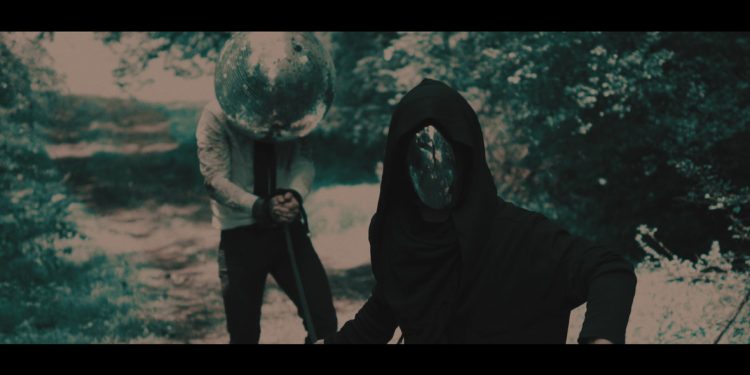 This song has become one of my favorite tracks on the record. We had no intention on doing a video for it initially, but it came out so good, we had to do it. I’m so grateful to Al Jourgensen for singing on the track with Wayne. Ministry was a big influence on us, and I know Wayne would’ve been just as stoked as I am to have Al sing on one of our records. I think the video fits the song really well. It’s dark, creepy, with just a touch of humor.” – TONY CAMPOS

Project Regeneration Vol 1 debuted at #2 on Billboards Current Rock Albums chart, missing #1 by less than 500 units. The album has been widely praised by fans and critics. Loudwire called the album “one of the best releases of their career”, Consequence of Sound said it is “hard-hitting, gritty, industrial metal at its finest” and legendary writer Dom Lawson said the album is “perfectly paced and full of dynamic peaks and valleys”. He continued “Project Regeneration is a genuinely great album”. The album followed a highly successful 2019 tour, which featured a virtually SOLD out 20th Anniversary world tour of the reunited original Wisconsin Death Trip band lineup.

The first pressing, limited edition vinyl has sold out and the 2nd limited edition pressing is now available for pre-order along with merch and other formats at https://static-x.com.

“One of the best releases of their career” – Loudwire

“Every track is hard hitting, gritty, industrial metal at its finest. Considering that Project Regeneration Vol. 1 was pieced together from demos, it really is a commendable effort. What could seem like a cash grab is far from it. The album is a fully fleshed collection that properly cements Wayne’s legacy.” – Consequence of Sound

“The signature sound of that metallic, disco thumping, modern metal 1-2 punchy dance beat is well placed in almost every track on here, it really is the best of what Static-X is.” – 8/10 – The Rockpit

“There are absolutely no negative views about this album. It’s a masterpiece, every single track we’ve listened to, we’ve been headbanging, singing along and just imagining what it would be like to witness this madness live on stage.” – Rock Lifestyle UK

“Static-X has proved regeneration is not only possible, but thrilling and monumental.” – Brutal Planet Magazine

“A presentation that is without argument, a work that kicks off the second half of 2020 on a high note for the hard rock and metal community. One of the year’s top new hard rock/metal albums overall.” – Phil’s Picks

“A must have for fans new and old.” – Metal Anarchy

“’Hollow’, ‘Terminator Oscillator’ and ‘All These Years’ deserve to be placed in any playlist of the Californians and this is no small feat.” – -CORE

“As electric as it is emotional. “Project Regeneration Vol. 1” undoubtedly carries the essence of a true Static-X album in every imaginable way” – Sonic Perspectives

“A triumphant middle finger from the great ether. There are no weak tracks at all.” – 8/10 – Ghost Cult Magazine

“The band did an excellent job of combining old and new into a compelling album.” – 3.5/5 – Heavy Music HQ

“Despite the fact this record sounds extremely novel, perching itself in the sonic vacuum of the early 00s, it’s acutely fleshed out, cohesive and more importantly, ferociously fun.” – 3.7/5 – Sputnik Music

“A BRILLIANT, YET BITTERSWEET ALBUM” – 4/5 – DRIVETRIBE