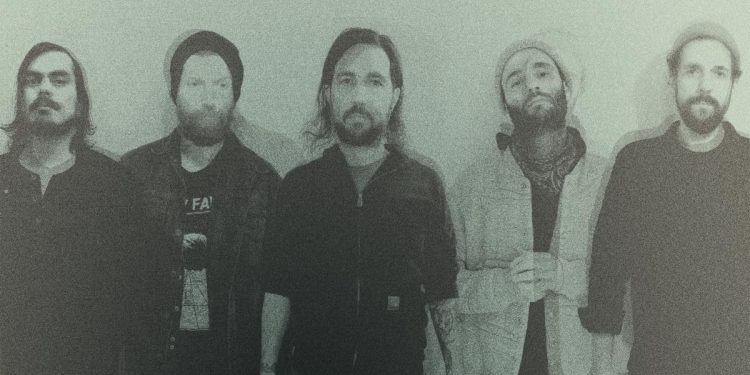 SOM is the dream pop/rock collective made up of current and former members of Constants, Junius, and Caspian – SOM is pleased to unveil their video game Awake! Made during COVID lockdown, the game, which follows the release of the band’s EP of the same name, is a retro 3D adventure that seeks to unite the members of SOM after a long year of lockdowns. Find the hidden crystals, unlock tracks from the EP, reunite the band, and beam them home!

Elaborates SOM, “This game is 100% inspired by the current state of the world. We leaned into the question, ‘what is something that we’re all longing for but cannot achieve in waking life right now?’ The answer was clear and simple: ‘to be together.’ So we tapped our mad scientist super-genius friend Ryan Sciaino — who does live visuals for tons of artists including Porter Robinson, A-Trak, and Anamanaguchi — to create a modest virtual realm where the player can not only explore and discover our music, but also reunite us, the members of SOM . We hope people have fun bringing us together.”

Adds game creator Ryan Sciaino (Ghostdad), “Game design is something I’ve always flirted with while creating visuals for live shows, and Unity in particular is a handy tool I use for throwing ideas around in 3D space. With shows on hold this past year I’ve dug in a little deeper creating WebGL games as immersive music video like experiences. This practice has opened up the type of artists I’ve been able to work with and I was stoked with [ SOM drummer] Duncan [Rich] and the band reached out with the idea for a game. I hadn’t thought about heavy music in a video game that wasn’t an action or shooting game, but this EP totally makes sense in this sparse walking simulator like context. [Vocalist/guitarist] Will [Benoit] sent over some audio that sets the tone of the retro game landscape, but as soon as you collect play the first song it starts to become a real journey. You can find more of my project here as well: ghostdad.world .”

Awake is out now independently on limited-edition cassette and digitally via Nuclear Blast’s digital subsidiary, Blood Blast Distribution. Find ordering options at THIS LOCATION. CD and vinyl editions of Awake are available via Pelagic Records at THIS LOCATION.

SOM was founded by Duncan Rich, frontman and former Constants colleague Will Benoit, and Adai founder and now-Caspian drummer Justin Forrest. While touring in support of their debut full-length The Fall in 2019, the band added guitarists Mike Repasch-Nieves and Joel M. Reynolds, both formerly of Junius and Driftoff. “We’ve always been a musical family,” notes Rich.

The tracks on Awake are part of SOM ’s ongoing mission to “leave this place better than we found it.” Despite being recorded in quarantine, the EP was mixed by Benoit at his own Radar Studio in Connecticut – New England’s first solar-powered recording facility. Repasch-Nieves and Reynolds, meanwhile, spent 2020 sustaining an urban farm in New York City, while Forrest distributed vegan food to Black Lives Matter activists in Denver through the Summer. Equally philanthropic is Rich, who now uses his production experience to host emotional fluency events for men. While many musicians lumbered in inactivity, SOM used the darkness of recent times to create and heal. Awake ’s bliss is an insight not only into the kind of harmony the quintet seeks to cultivate in all facets of life, but also the exciting second full-length that looms on the horizon.

“ SOM … specialize in a gauzy, feedback-soaked sound… It’s not far flung from the output of high-volume shoegazers such as Deftones or Hum.” – Revolver

“…thick and hazy but with soaring vocal harmonies that add a lightness to the song.” – BrooklynVegan on “Awake // Sedate”

“The remix takes the core of the original and flips it on its head, swapping a subtle electronic backbeat, atmospheric synth effects and washed-out vocals for the hard-hitting drums and guitars and more present vocals in the original. In short, it makes the perfect companion piece.” – MetalSucks on “Awake // Sedate” (Holy Fawn Remix)

“ SOM play the kind of somber, glimmering music that exudes a heavy fog of emotion and introspection around it.” – Kerrang!