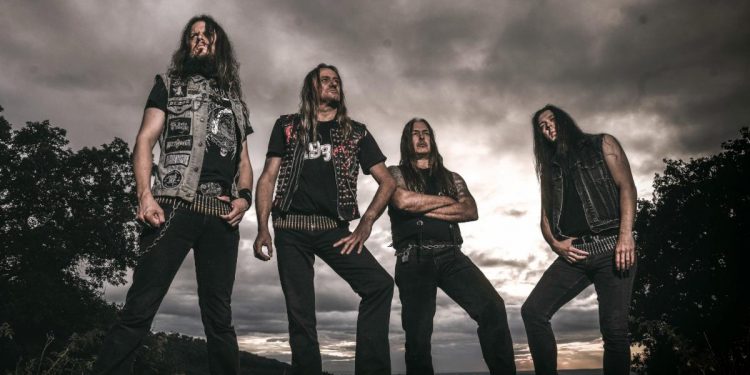 Sodom lyric video “Sodom & Gomorrah” has been unleashed. The smoldering track from the thrash metal icons from Germany can be found on the band’s brand-new studio album, Genesis XIX, set for release on November 27th via Entertainment One (“eOne”) in North America and Steamhammer/SPV in Europe.

Genesis XIX — recorded by Siggi Bemm and mastered by Patrick W. Engel — comes shrouded in the cover art of Joe Petagno of Motörhead fame. The record will be released as a CD digipak, exclusive 2xLP (on translucent orange with opaque silver swirls – an eOne store exclusive), and digitally. For preorders, go to THIS LOCATION.

Altenessen, Germany, a northern borough of the city of Essen and a social melting-pot deep in the heart of the Ruhr Area. From the mid-nineteenth century, the region supplied Europe’s industrialization with the required raw materials, mined under back-breaking conditions below ground in coal pits named Carl, Anna, Fritz-Heinrich, Helene and the like. Altenessen is also the musical domicile of Tom Angelripper, vocalist/bassist of German metal act Sodom, who has met for some years with his band members in a ratty rehearsal room in that part of Essen to produce tough-as-nails thrash music. To other musicians, such information may be of marginal interest; to Tom it is an important component of his recipe for success. “I want guys from the Ruhr, who share my background, with whom I can work and rehearse consistently,” explains Sodom’s mastermind, who has implemented his band’s philosophy together with guitarists Frank Blackfire and Yorck Segatz as well as new addition, drummer Toni Merkel. It’s a philosophy that yields more impressive results in 2020 than ever before.

Following the first relaxation of the lockdown rules stemming from the 2020 pandemic, Sodom immediately returned to working creatively, which is one of the reasons why Genesis XIX has turned into precisely what the musicians had in mind. “This is definitely one of the toughest and most diverse studio recordings that Sodom have ever released,” notes Angelripper. “Our riff suppliers, Yorck and Frank, are totally different types of musicians. Yorck is a died-in-the-wool metalhead who grew up with thrash music. Frank, on the other hand, also integrates blues and rock elements into his style, including the occasional Frank Marino or Rory Gallagher quotation, and writes songs that could have featured in the same or a similar way on Agent Orange. These are the diverse influences that make Genesis XIX what it is.”

In addition, there’s a third level that nobody expected after the – as Angelripper expressly emphasises – amicable split with drummer Husky. “In Toni we’ve gained an awesome drummer. I’d even go so far as to say he’s the best drummer that nobody had on the radar before now.” Especially since Merkel also has, along with his furioso style, a number of other important qualities, namely his stints with death metal act Sabiendas and a number of other black/death metal bands, where he played drums and doubled as a producer. Thus he’s been a dab hand at studio technology and recording. “We were largely autonomous during the production of Genesis XIX and were free not only to concentrate on working on new songs but also to come up with the right sounds. That was important because we use neither digital amps nor plug-ins but played all the guitar parts using proper Marshall tube amps.” Following the preproduction, Sodom completed the work at the renowned Woodhouse Studio in Hagen, where sound engineer Siggi Bemm recorded Angelripper’s vocals and mixed the album on an analog studio console. 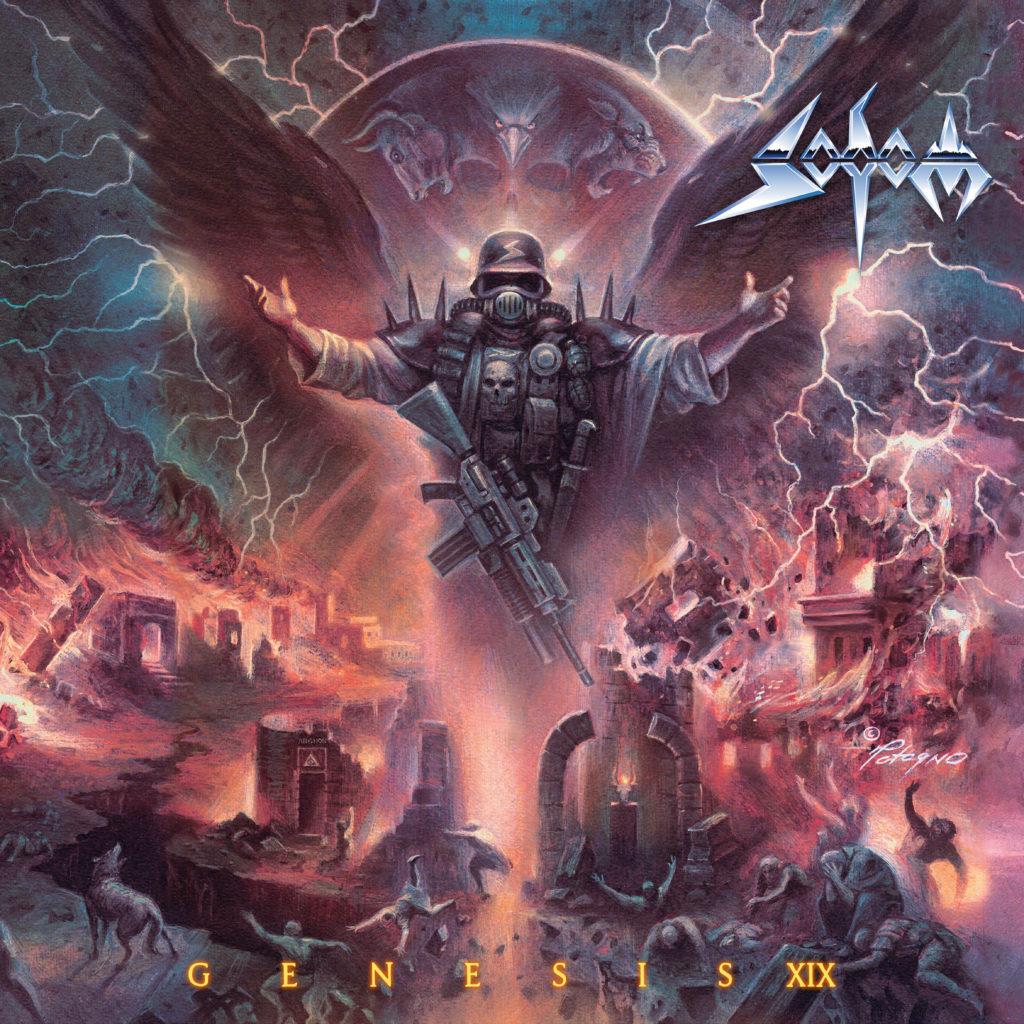 From unadulterated thrash metal tracks “Euthanasia,” “Dehumanized,” and “Friendly Fire” to off-the-grid numbers such as “Occult Perpetrator,” Sodom delivers a wide range of facets of their signature sound. This inventiveness also applies to the lyrics on Genesis XIX, with Angelripper presenting, as usual, his very own range of subjects: “The Harpooneer” is based on Melville’s Moby Dick novel featuring the obsessive Captain Ahab, “Glock N’ Roll” is the story of a serial killer, “Waldo & Pigpen” is an homage to the same-named US fighter pilots, whose radio traffic during their mission in Vietnam has survived, and “Nicht mehr mein Land” describes the condition of western society. (Tom: “We’re the very first to combine real thrash music with German lyrics.”) “Naturally, thrash metal stories need to be martial, but we never intend them to be nasty or disrespectful,” he stresses, explaining his lyrical approach: “I simply sing about things that weigh on my mind.” A thrash metal recipe for success in true Sodom style!

About eOne:
Entertainment One Ltd. (eOne) is a talent-driven independent studio that specializes in the development, acquisition, production, financing, distribution and sales of entertainment content. As part of global play and entertainment company Hasbro (NASDAQ: HAS), eOne’s expertise spans across film, television and music production and sales; family programming, merchandising and licensing; digital content; and live entertainment. Through its extensive reach and scale, and a deep commitment to high-quality entertainment, eOne unlocks the power and value of creativity.