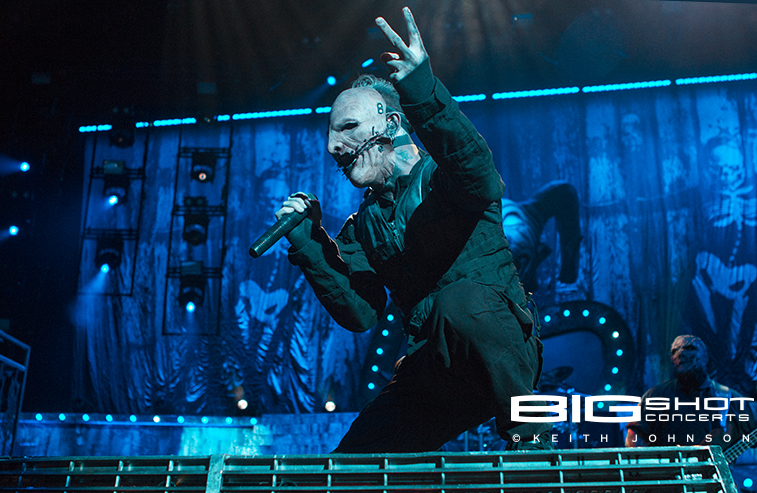 The night was hot, muggy and soggy when Slipknot took the stage — making conditions perfect for the droves of maggots in attendance to thrive and get psychosocial with the band from Iowa. The venue swelled with feverish excitement as “XIX” played behind an ominous red drape covering the stage. The crowd responded with raucous roars, flickering lighters held high and lips moving in perfect synchronization to the lyrics. Then the curtain dropped — and hell broke loose …

Wearing the latest versions of their outrageous masks, the GRAMMY Award winning metallers started the show at a frenetic pace that got more insane with each new song. Frontman Corey Taylor’s aggressive vocals cut through the pit, across the pavilion and into the lawn seats like a sharp-edged knife. His bombastic stage persona melted faces as fire bursts shot up and exploded behind him. Shawn “Clown” Crahan and Chris Fehn beat the hell out of custom percussion instruments on a duality of rotating drum risers located stage left and stage right. The two even strapped on marching snare drums and paraded out to the front of the stage to prove they were just as comfortable on solid ground as they are up in the air.

Guitar shredding maestros Jim Root and Mick Thomson pierced eardrums with screaming riffs and killer fretwork. The pumping fists of the fanatics in the crowd acted as reception towers that shot every lively note from the 12-string assault coursing through their veins. During the Slipknot Summer’s Last Stand Tour concert, Sid Wilson was part keyboardist and part stuntman. The nimble bundle of energy dangled from his keyboard tower, raced around the stage, used speakers as tackling dummies and dove into monitors with #0 concern for his safety.

Contrary to the shit that you might hear, the nameless drummer and bass player do actually have names. Isn’t that right, Jay Weinberg and Alessandro Venturella? No matter their names, neither one of the guys in the rhythm section ever had to worry about their talent being masked on stage. Craig Jones kept everyone on pins and needles waiting for him to say something — but he never did.

The setlist at Slipknot Summer’s Last Stand Tour was deep, featuring songs from all five albums: Slipknot, Iowa, Vol. 3: (The Subliminal Verses), All Hope Is Gone and .5: The Gray Chapter. As always, the stage and sound production was over the top. Watching over the band was a larger-than-life demonic figure looming in the background. It’s devilish grin taking the spotlight under the glow of flames and washes of brooding lighting. At times, it seemed as if the horned beast sucked in the fans’ energy and then spit it out on Slipknot — adding fuel to their performance.

Someone is always talking about Slipknot. At the end of the concert, one fan had this to say: “Le meilleur groupe actuel.” Translation? Best current group. 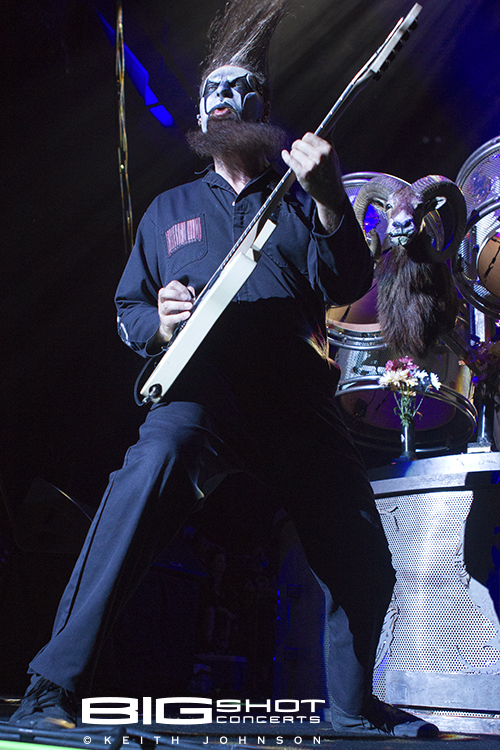 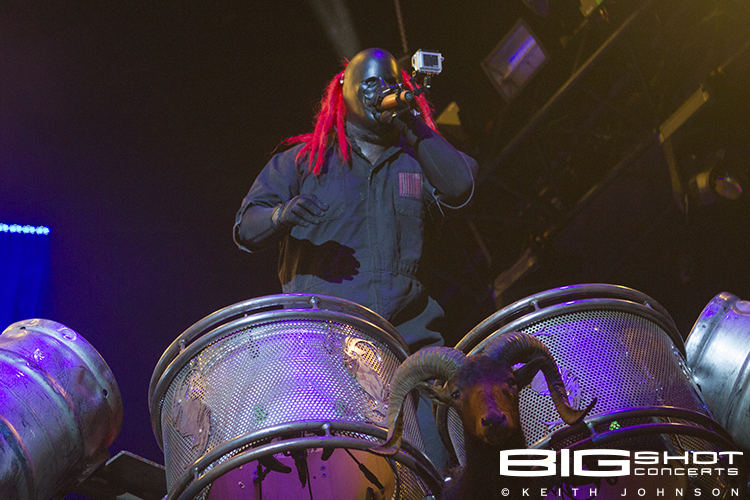 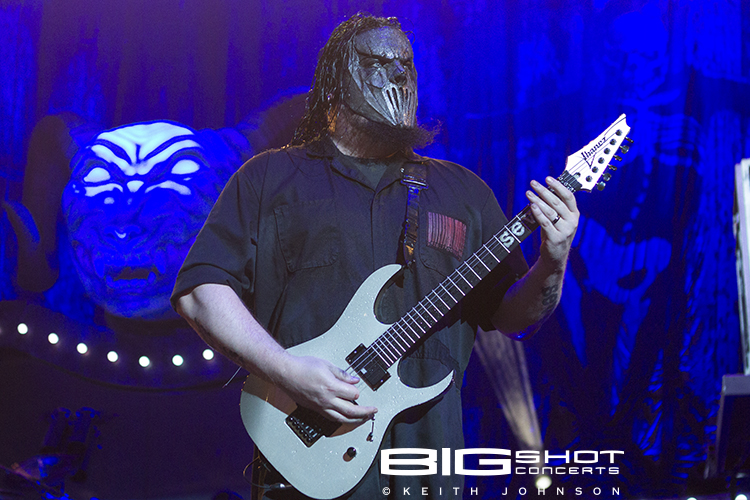 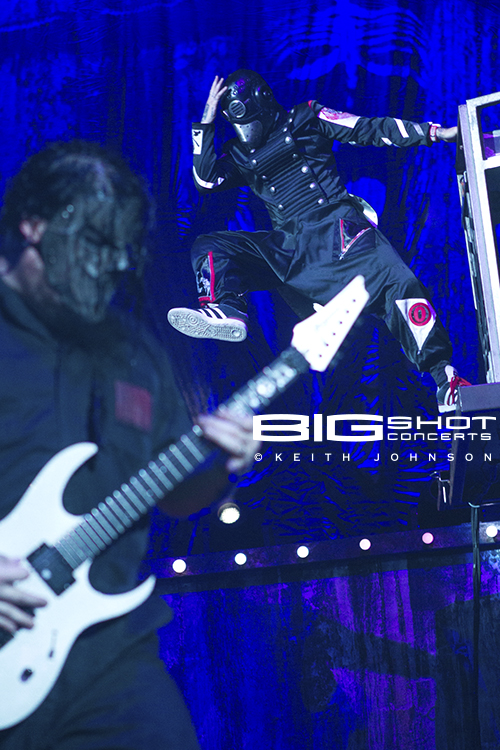 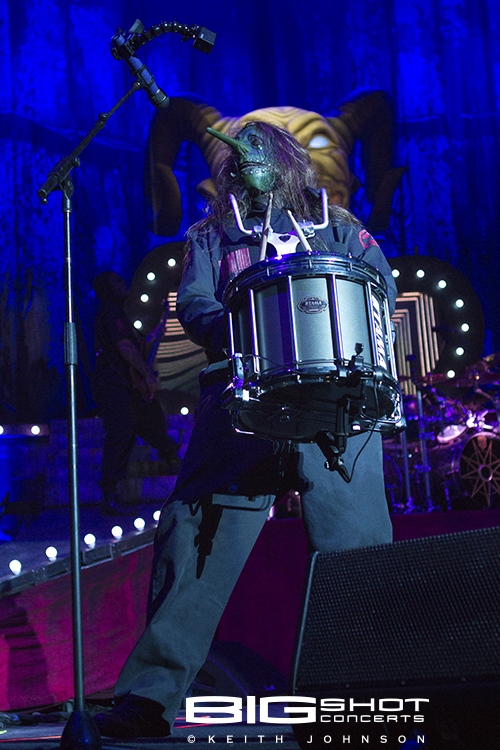 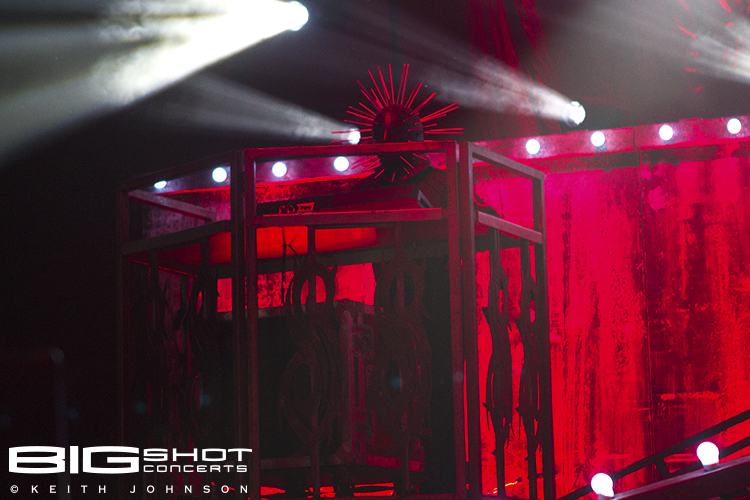 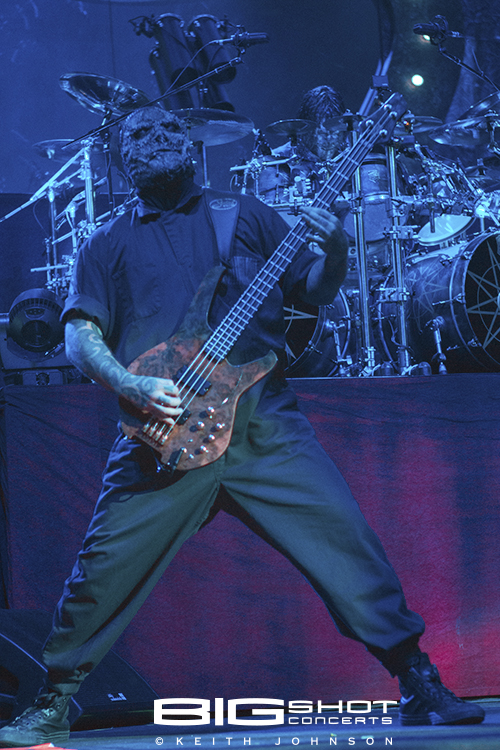 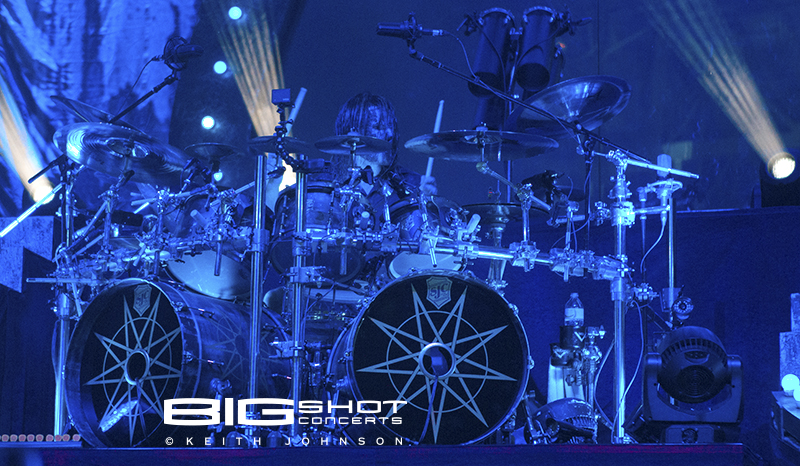 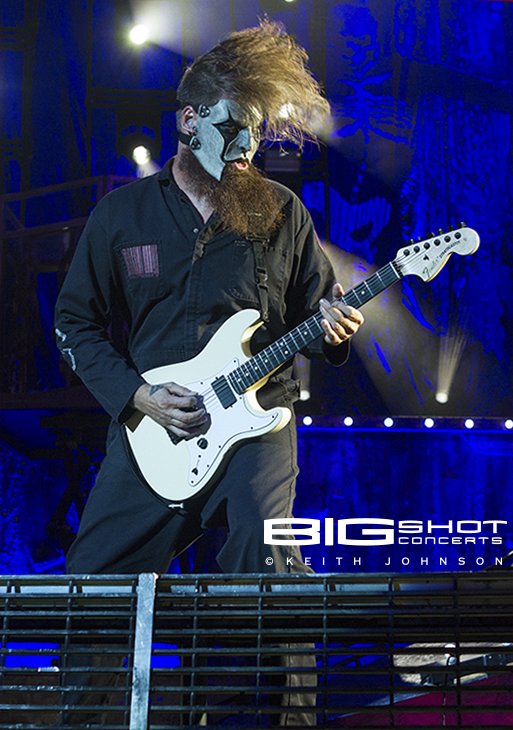 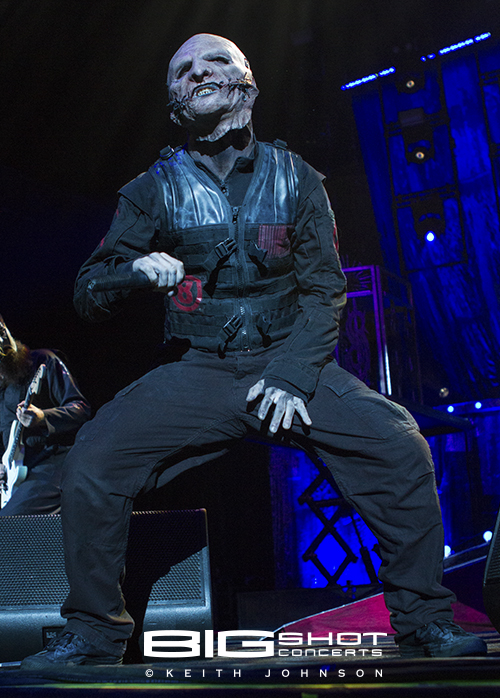 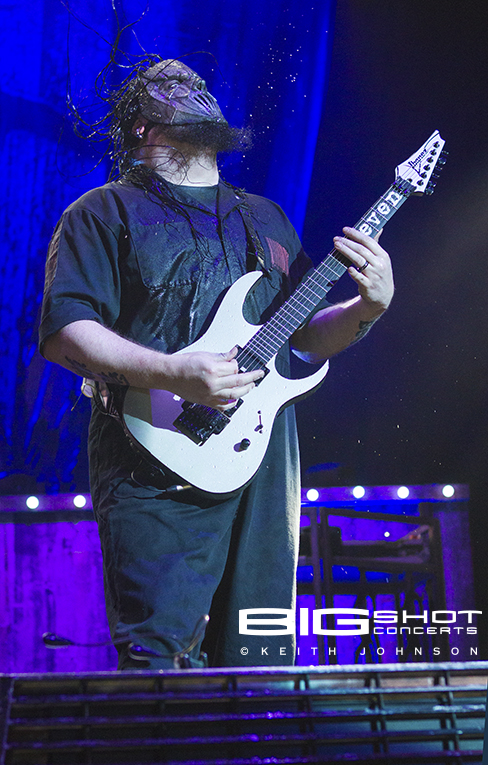 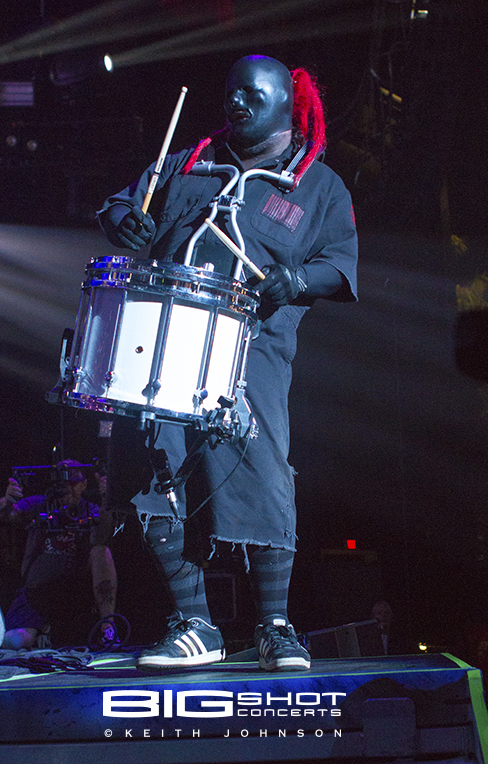 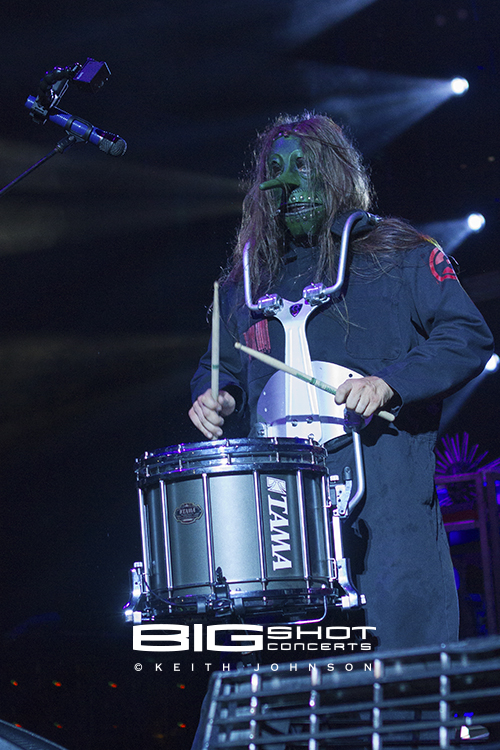 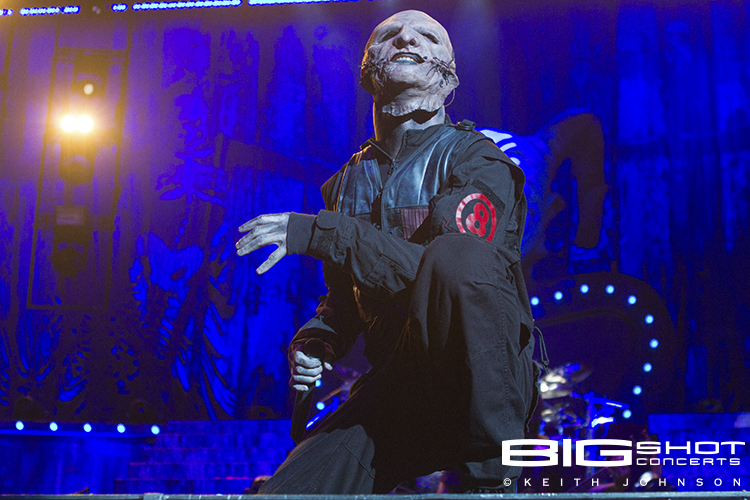 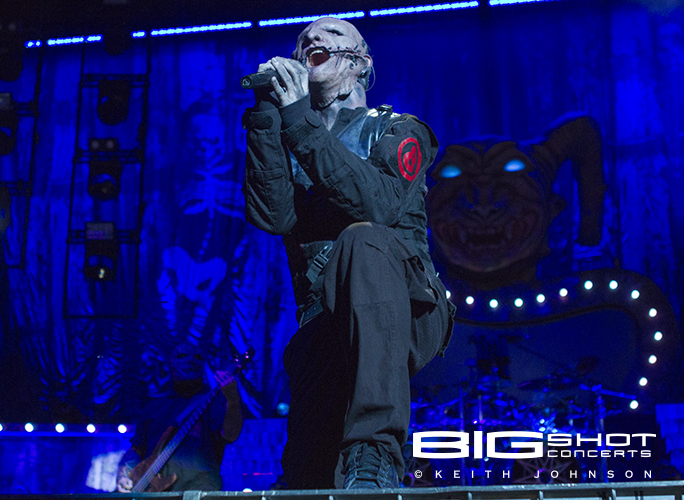 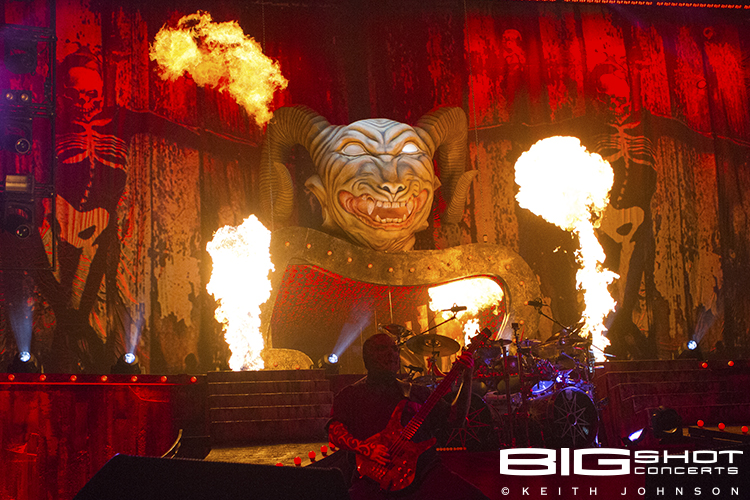 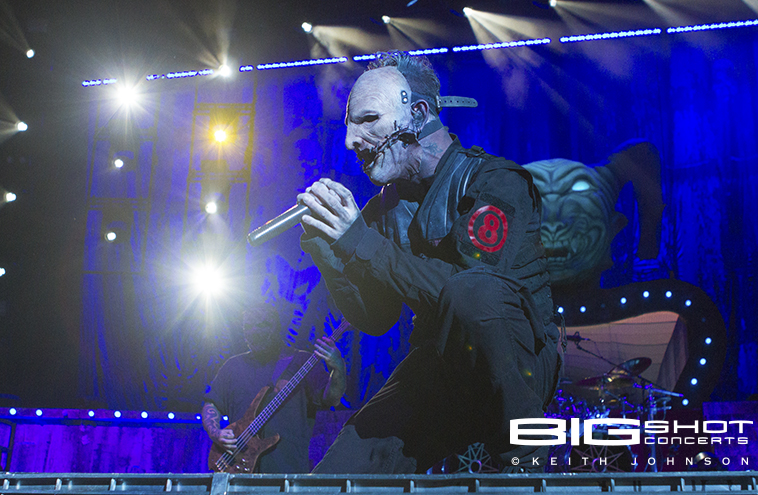