Slipknot at The Palace of Auburn Hills 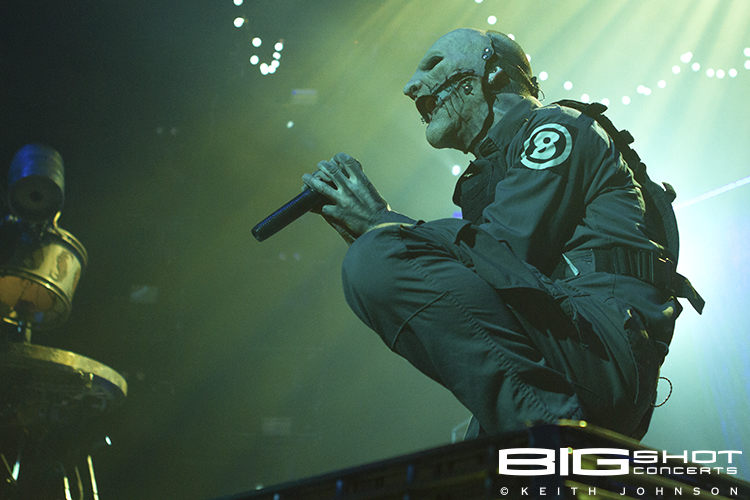 Fans hungry for a heaping helping of aggressive metal got their fill when Slipknot brought their Prepare for Hell Tour to The Palace of Auburn Hills during Thanksgiving weekend. As the house lights dimmed, the stage was shrouded by giant gray drapes, concealing everything except shadowy figures standing in repose as “XIX” played ominously in the background. Once the tapestry lifted, a sea of devil horns waived across the venue as the band kicked off the concert with “Sarcastrophe” from their latest album .5: The Gray Chapter.

True to form, the masked metallers walloped the crowd with a vicious set of hard-hitting tunes and in your face expletives. Lead singer Corey Taylor proved why he is a virulently charismatic frontman by commanding the stage with gruff vocals and hammering howls. The duality between Jim Root and Mick Thomson made for a layering mix of brutal guitar riffs and fiery fret work. DJ Sid Wilson scratched turntables over the din of pyrotechnic blasts while percussion clowns Shawn Crahan and Chris Fehn pounded away on spinning drum risers. Craig Jones played the keys and two “unknown” masked men kept the beat on the low end with murderous metal chops.

Slipknot’s entire performance was overseen by the watchful eyes of a larger-than-life devil hovering above the stage … fitting for a tour preparing for hell.

Slipknot Setlist at The Palace of Auburn Hills :

A Canon EOS 7D camera with an attached Canon EF 24-70mm 1:2.8 L USM lens was used to capture all concert images during this evening of live music photography. 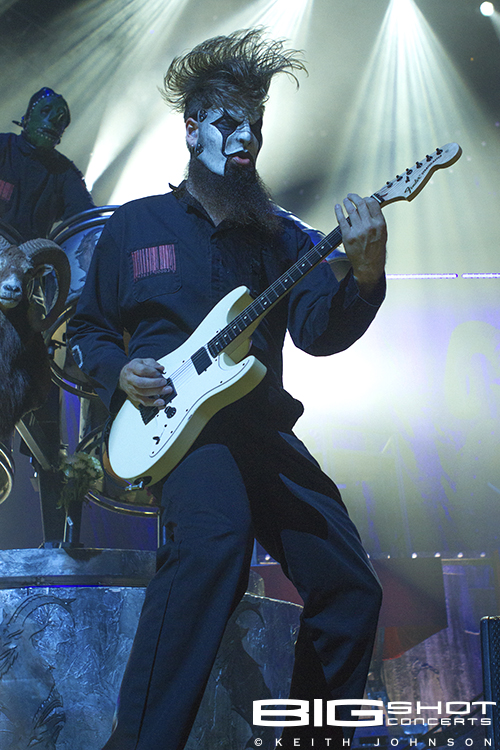 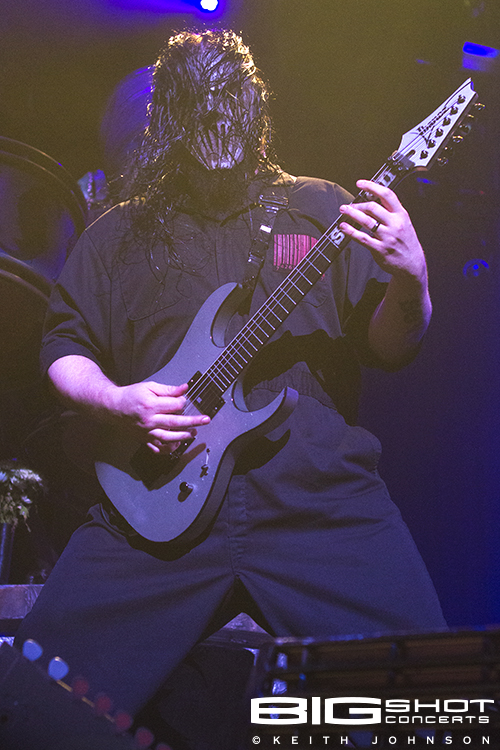 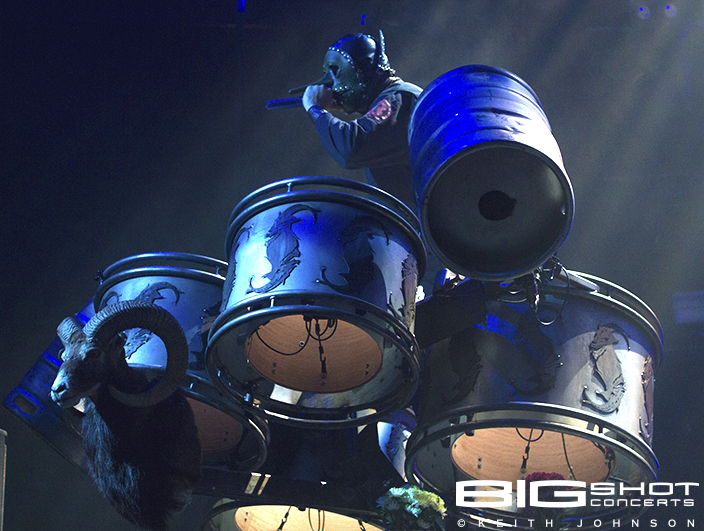 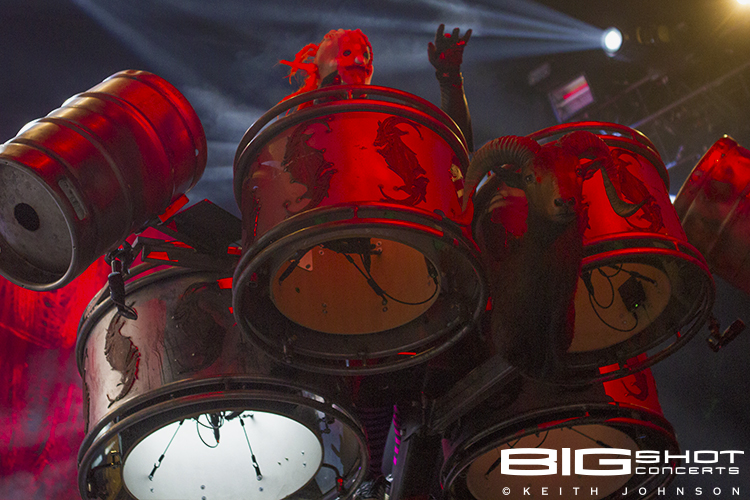 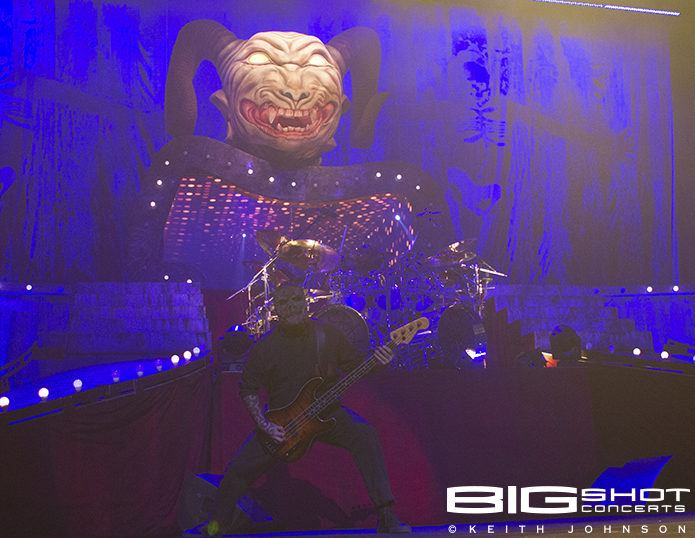 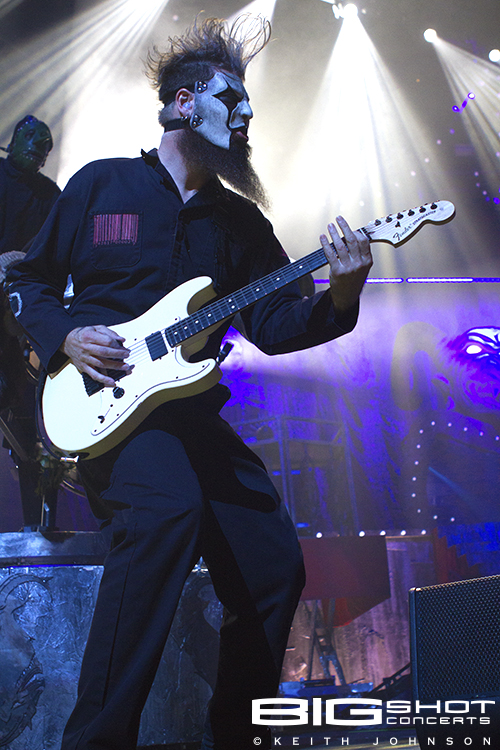 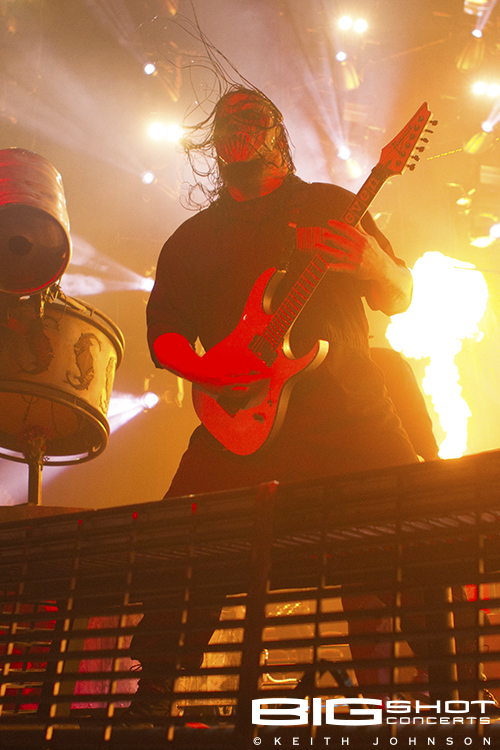 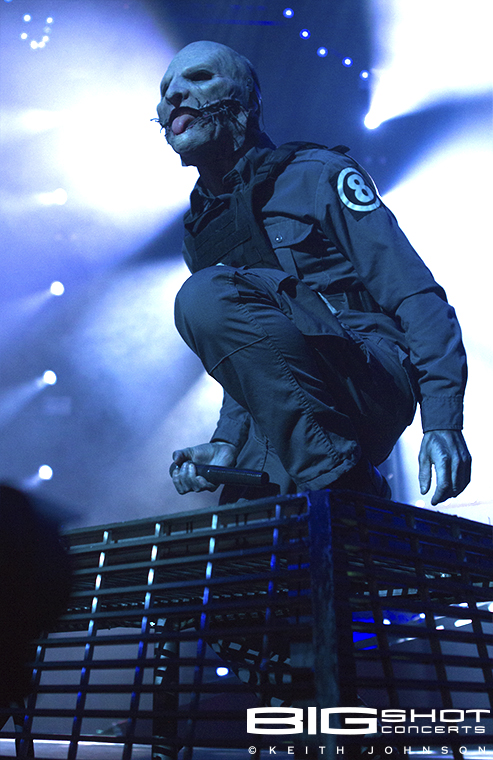 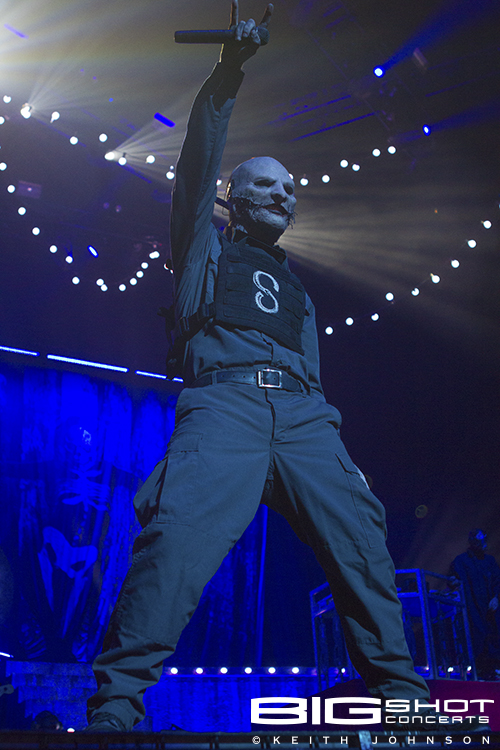 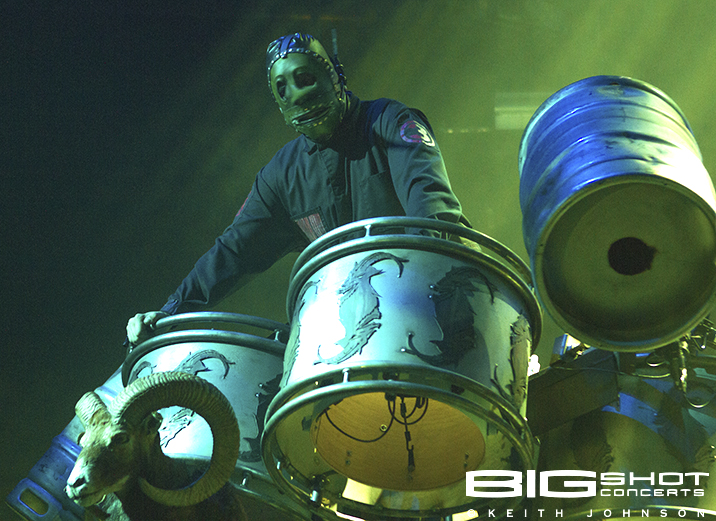 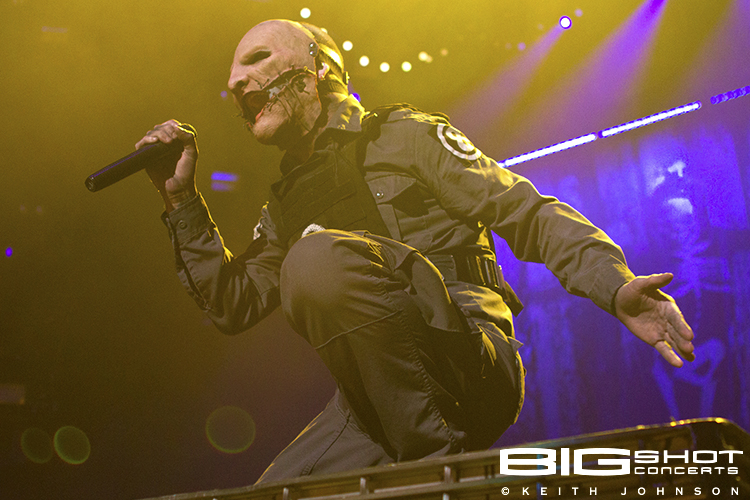