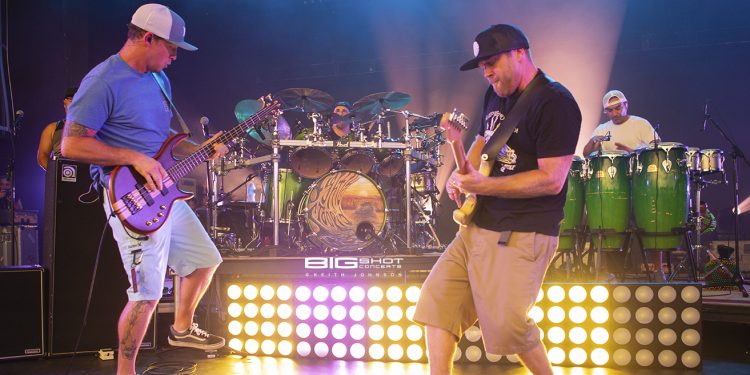 Slightly Stoopid School’s Out for Summer 2018 Tour rolled into Boca Raton, Florida with Pepper and Stick Figure to perform a sold-out concert at Sunset Cove Amphitheater. Clouds of smoke hovered over the venue and the party atmosphere was in full effect as fans waited with eager anticipation for the start of this annual summer concert event.

Reggae rockers Pepper opened with with a high-intensity set that got the crowd all fired up for a night of live music. Frontman Kaleo Wassman moved with chaotic fluidity across the stage as he sang and played guitar. When he wasn’t standing at the microphone, he was teetering at the edge of the stage getting as close to the fans as he could. His infectious energy spread across the venue like a bolt of electricity. Bass player Bret Bollinger held down the low end with plenty of oomph. He thumped and bumped his four strings with a steady syncopation throughout the show. Bret added plenty of funky facial expressions and body gyrations to keep the groove entertaining. Perched behind his drum kit, Yesod Williams kept the beat with timely flair. When he wasn’t smiling he was sticking out his tongue — the perfect complement to his bandmates’ antics in front of him. Pepper came to South Florida from San Diego by way of Hawaii.

Touring buddies Stick Figure provided direct support for Slightly Stoopid at Sunset Cove Amphitheater. The band was on stage as the last of the sweltering Florida sun still lingered in the air. Fans of the band know that there is really only one main figure: leader, vocalist and multi-instrumentalist Scott Woodruff. But he can only do so much out of the studio so he assembled a group of musicians to take on the road. The live band features keyboardist Kevin Bong, drummer Kevin Offitzer, bassist Tommy Suliman and keyboardist, backup vocalist and guitarist Johnny Cosmic. Also present was Cocoa the Tour Dog, an Australian Shepherd that has the run of the stage during all Stick Figure concerts.

Out on the road in support of their brand new album Everyday Life, Everyday People, Slightly Stoopid laid down a cool vibe during their concert in Boca Raton. Their traditional summer soirée continues to be one of the hottest tickets in South Florida — and with a totally open atmosphere, the fans were totally chill. Founding members Miles Doughty and Kyle McDonald strolled onto the stage with a confident swagger as the band played a righteous updated cover with a twist of Alice Cooper’s “School’s Out For Summer.” The chemistry between the two high school friends remains the perfect mix for longevity and success. As has become customary, Kyle traded his bass for Mile’s guitar and lead singing duties. The switch-a-roo was expected, but still welcomed with the kind of wild cheering that comes from seeing something done for the very first time.

Featuring a fusion of folk, rock, reggae and blues with hip-hop, funk, metal and punk, Slightly Stoopid School’s Out for Summer 2018 Tour was a psychedelic trip through twenty plus years of music. Joining Miles Doughty and Kyle McDonald were bandmates Rymo, OG, Dela, Paul W., AG and Karl Denson. School is still out for the summer so be sure to keep the party going and catch Slightly Stoopid when they come to your town. 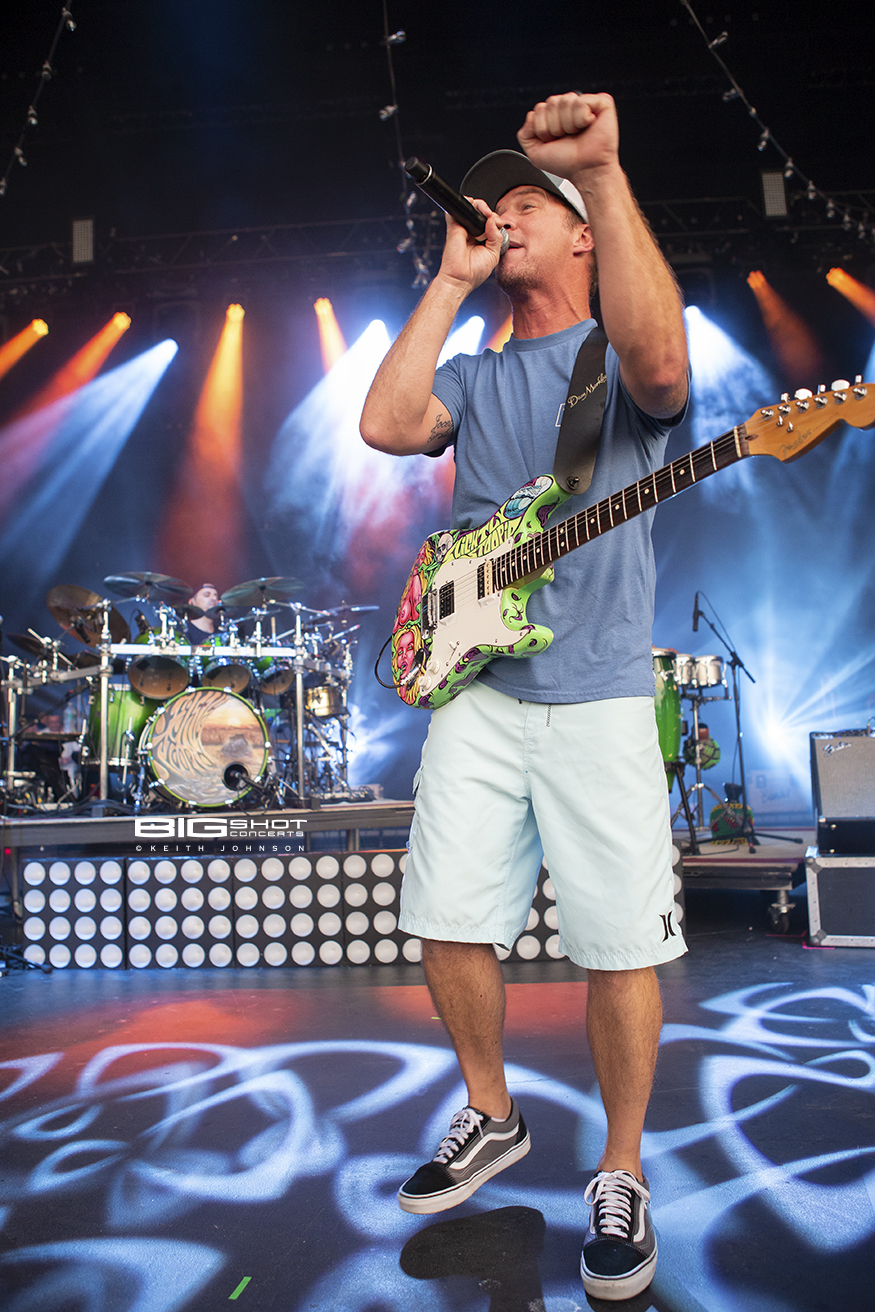 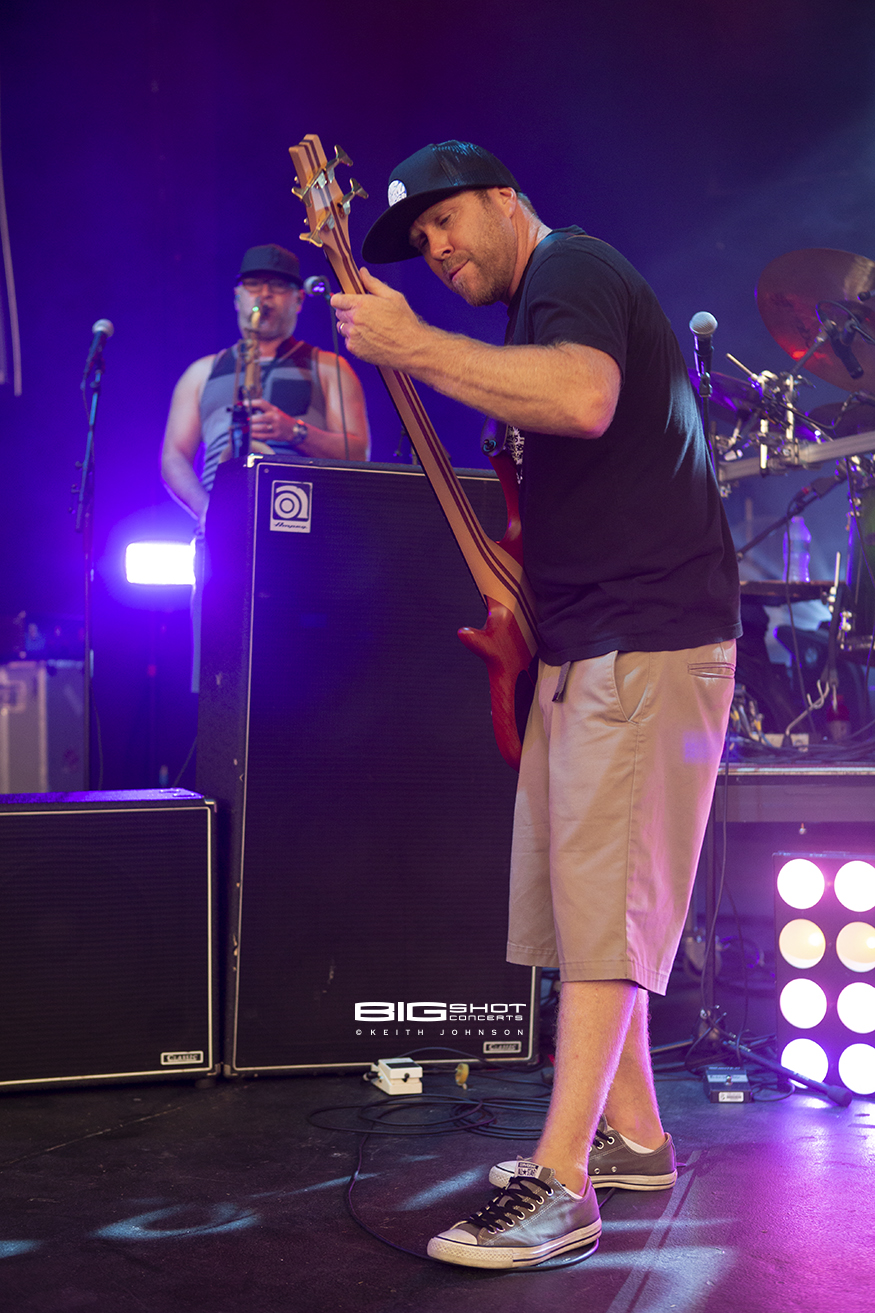 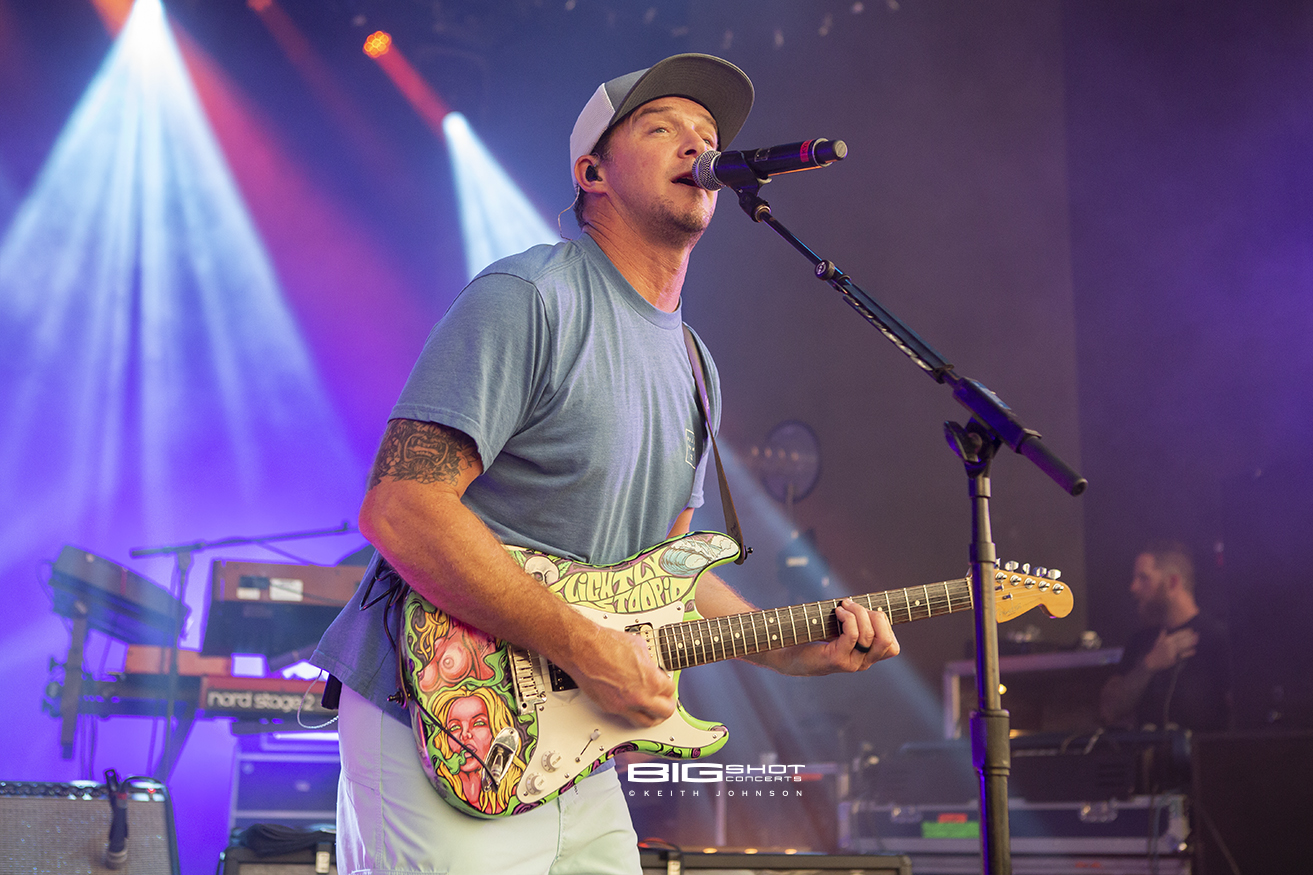 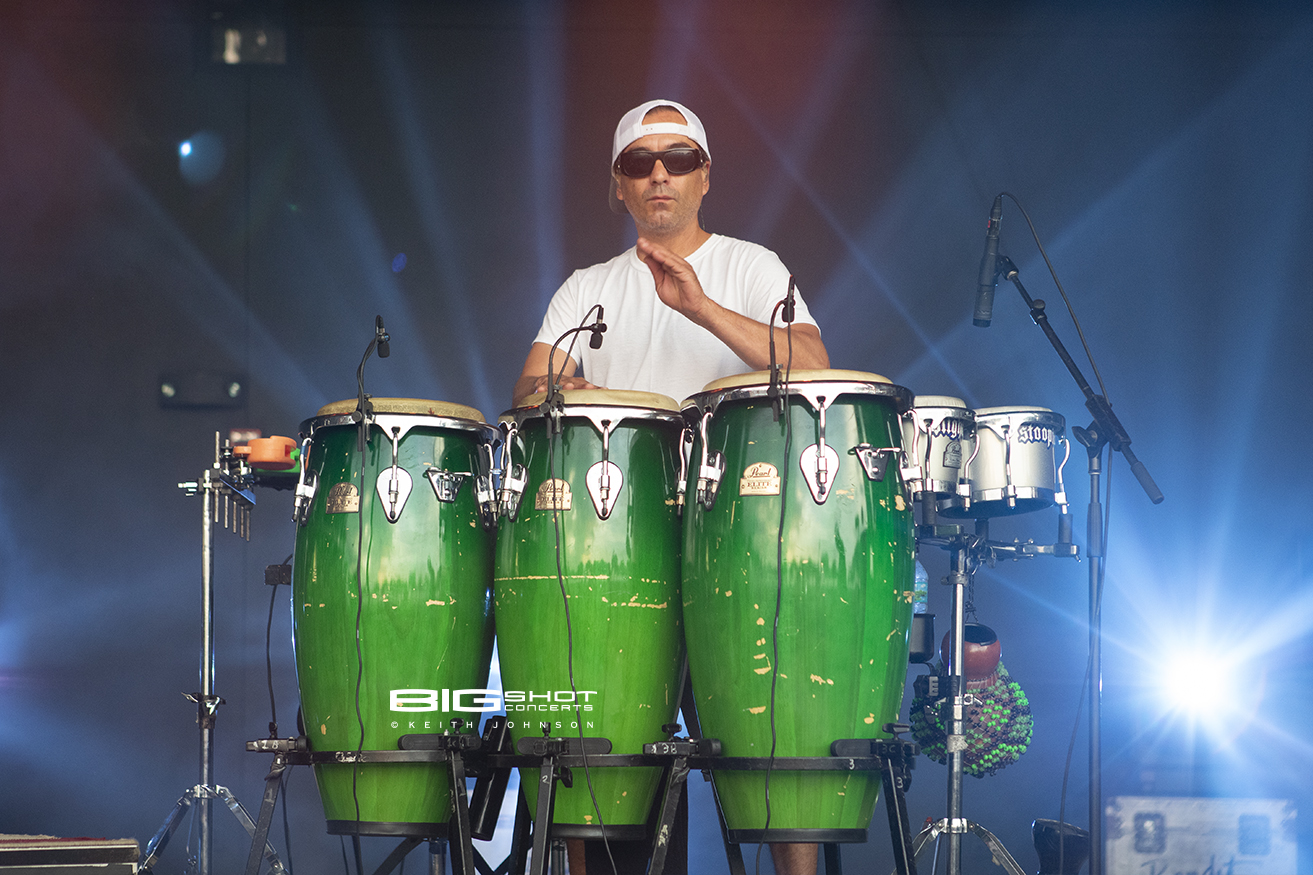 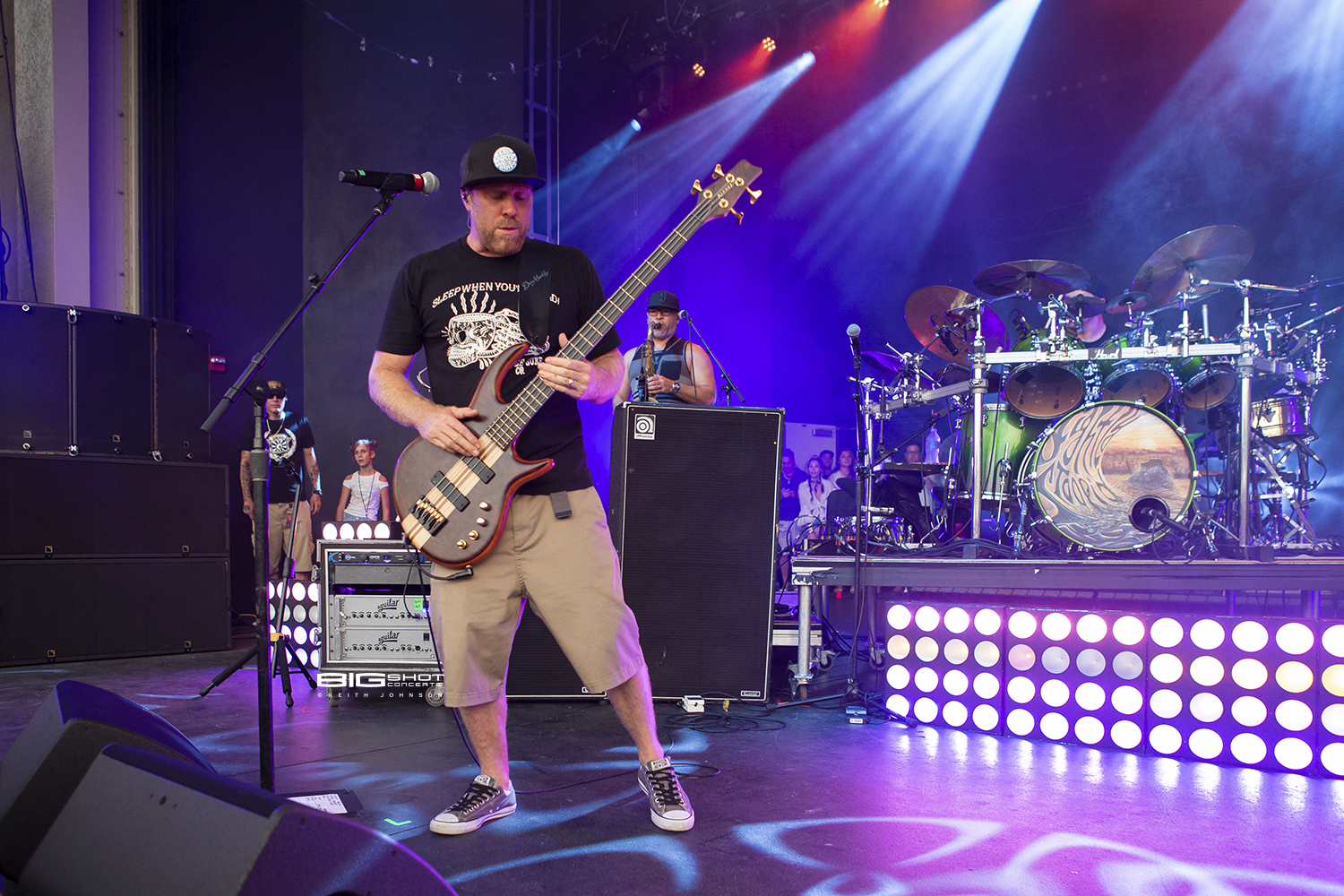 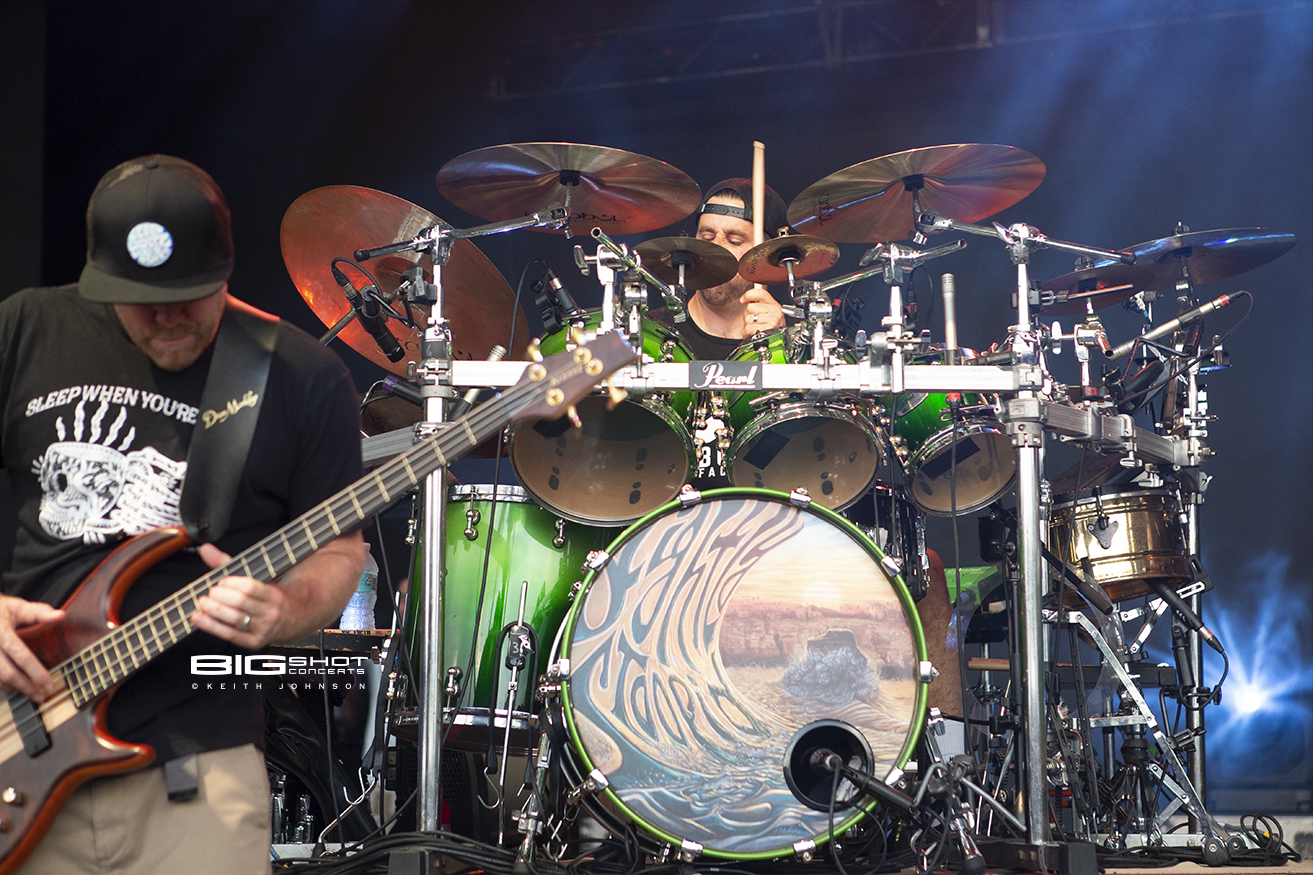 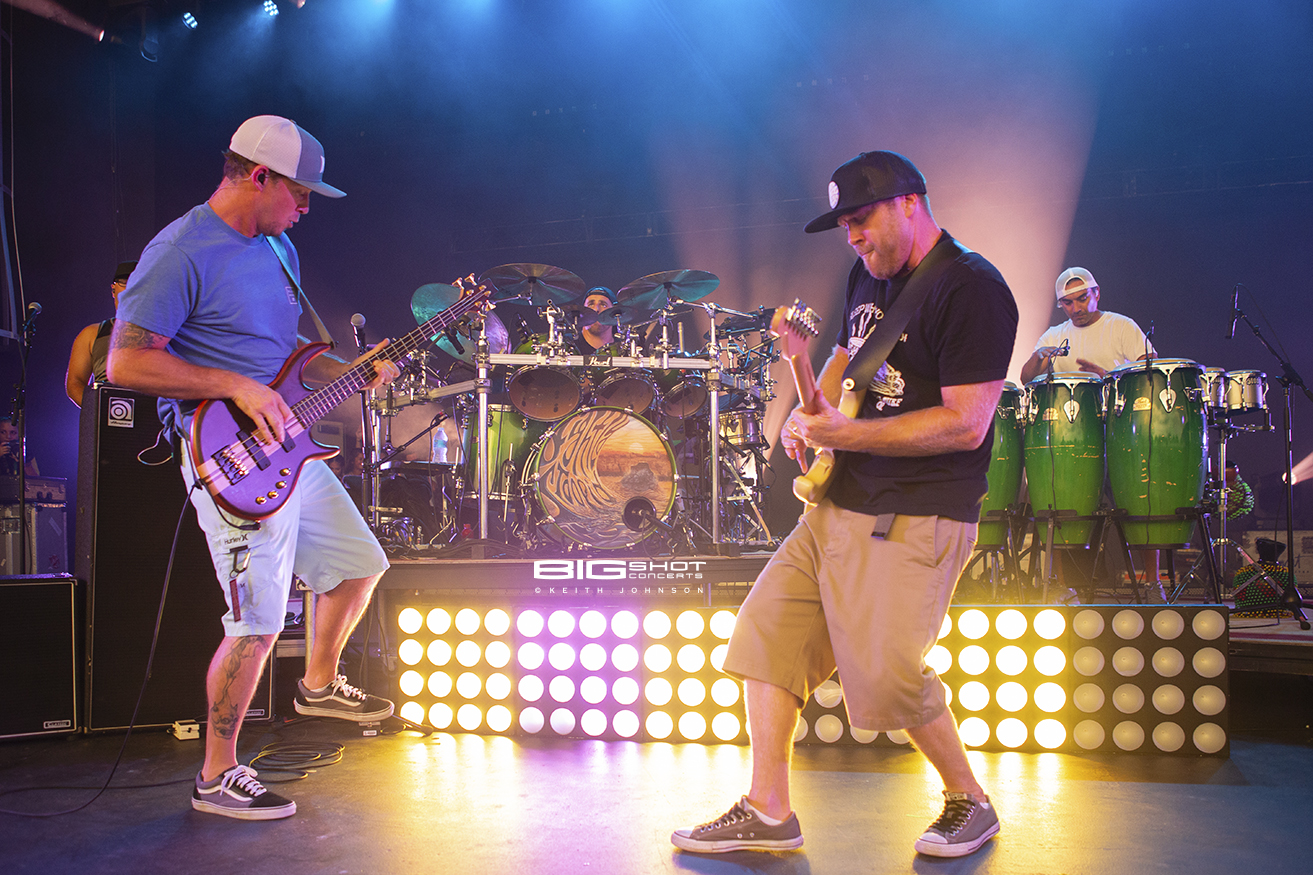 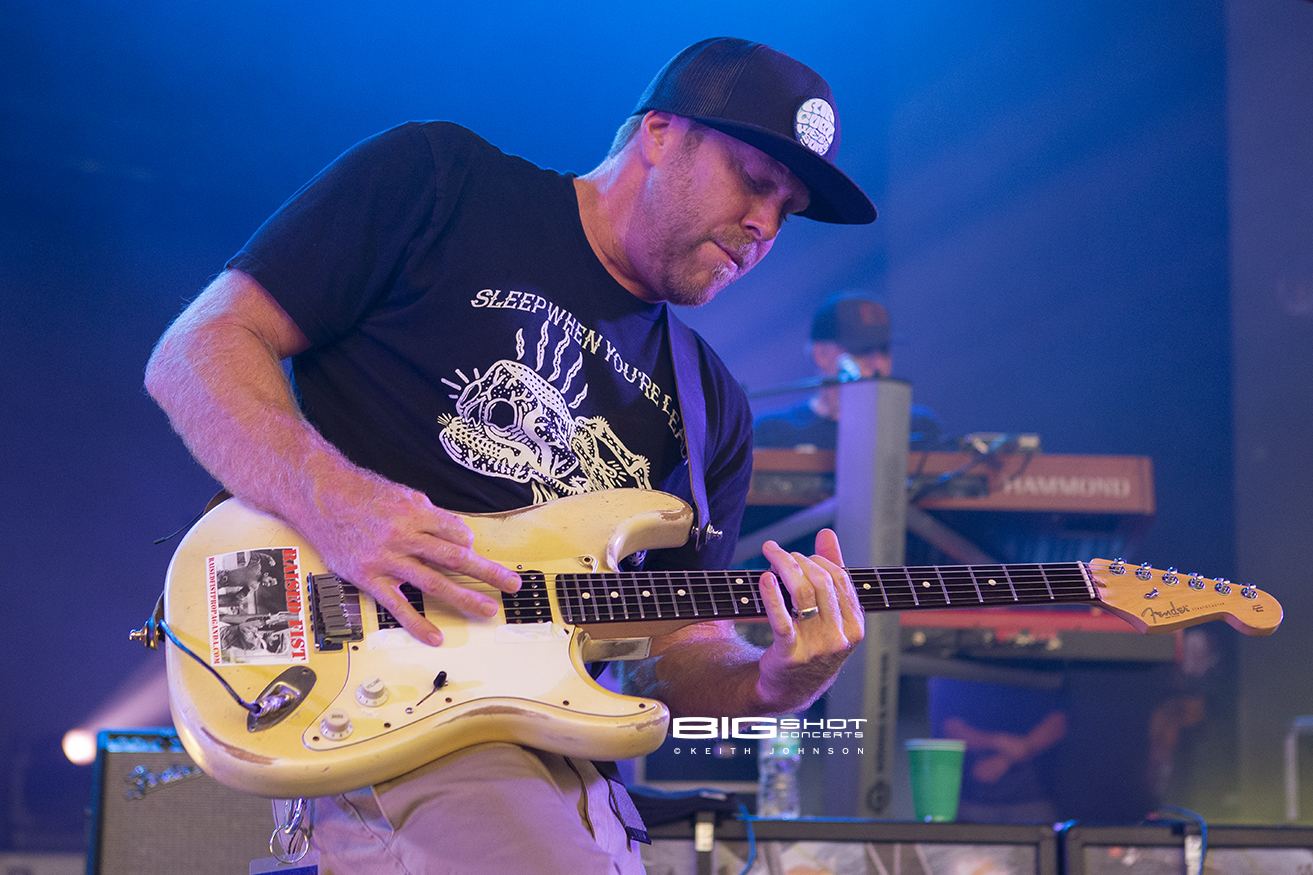 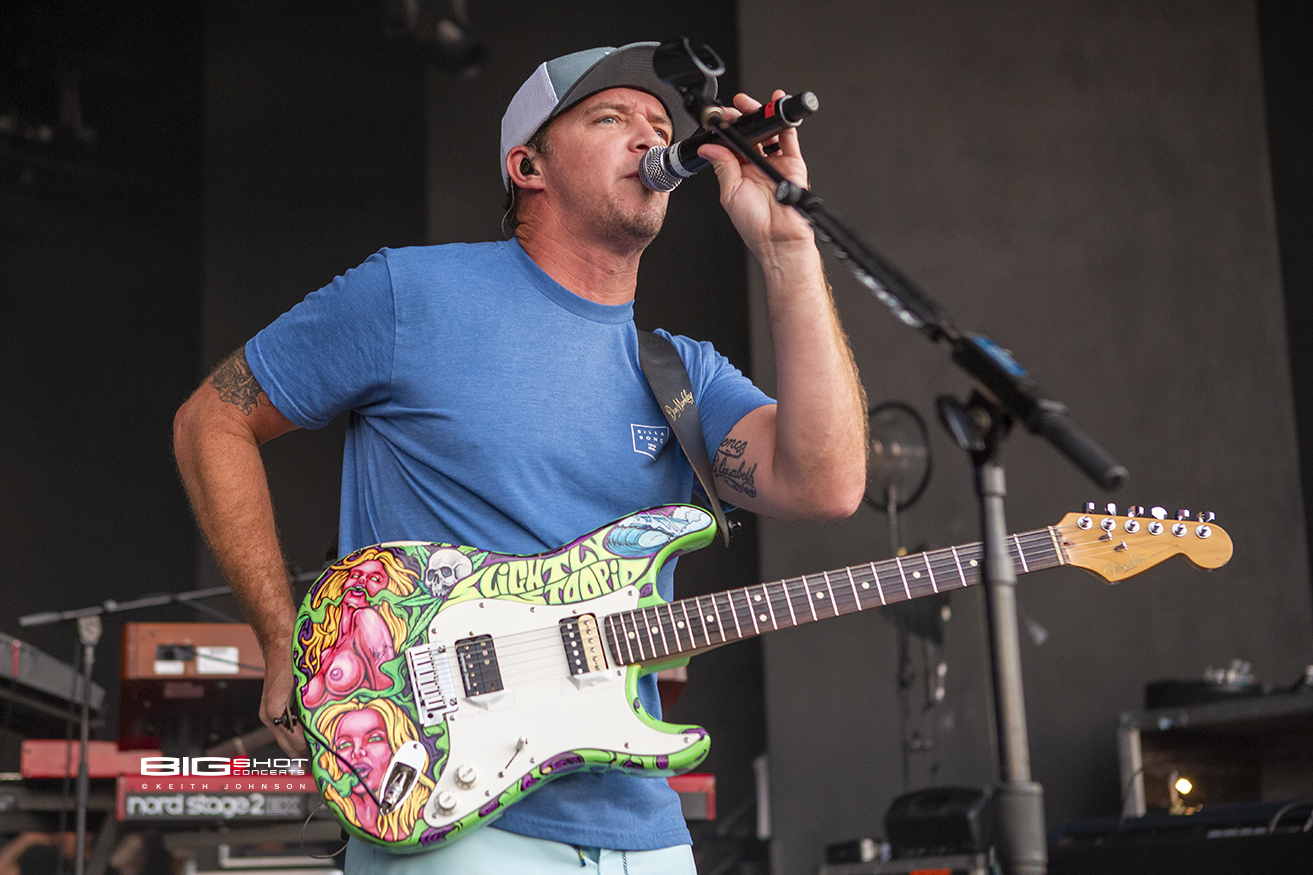 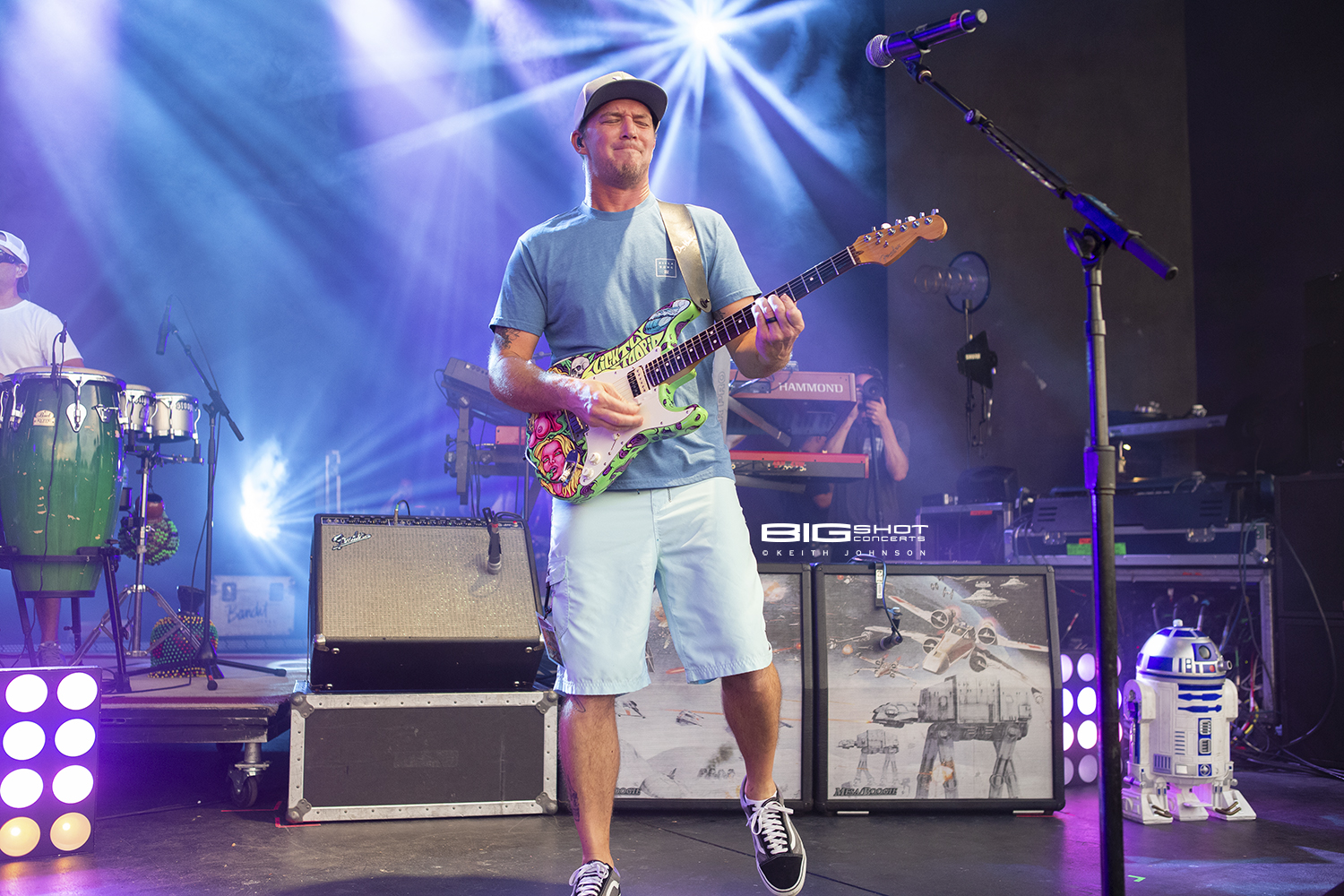 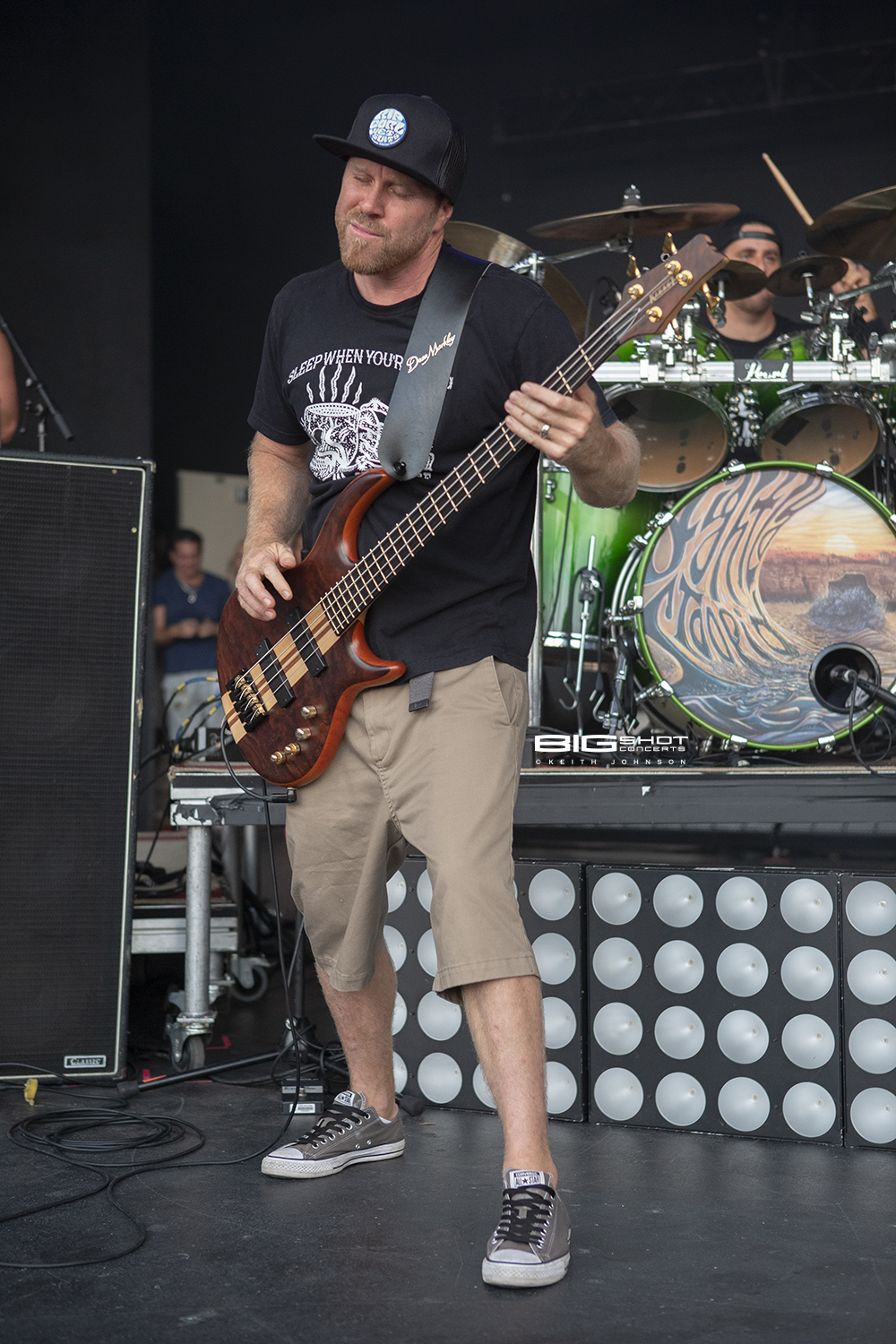 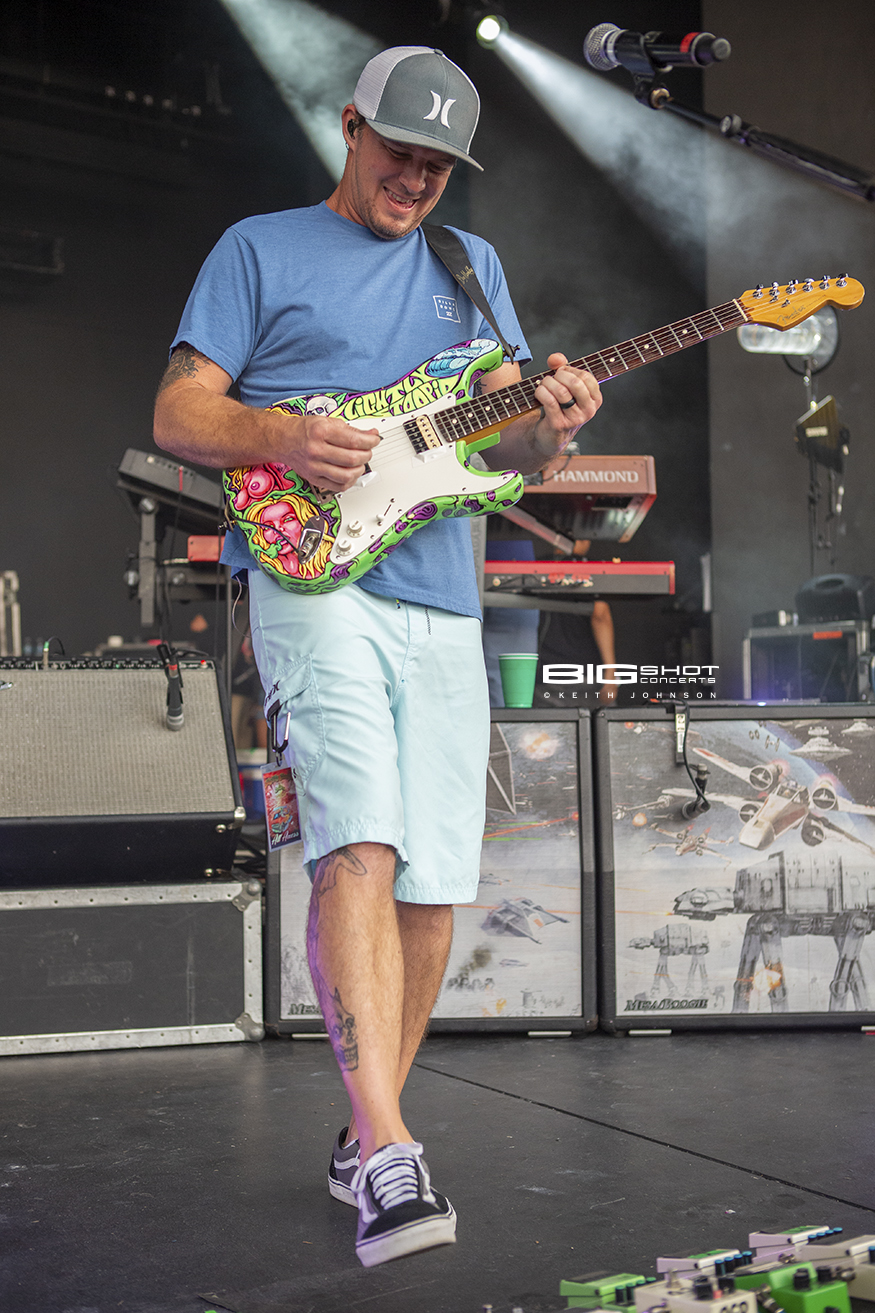 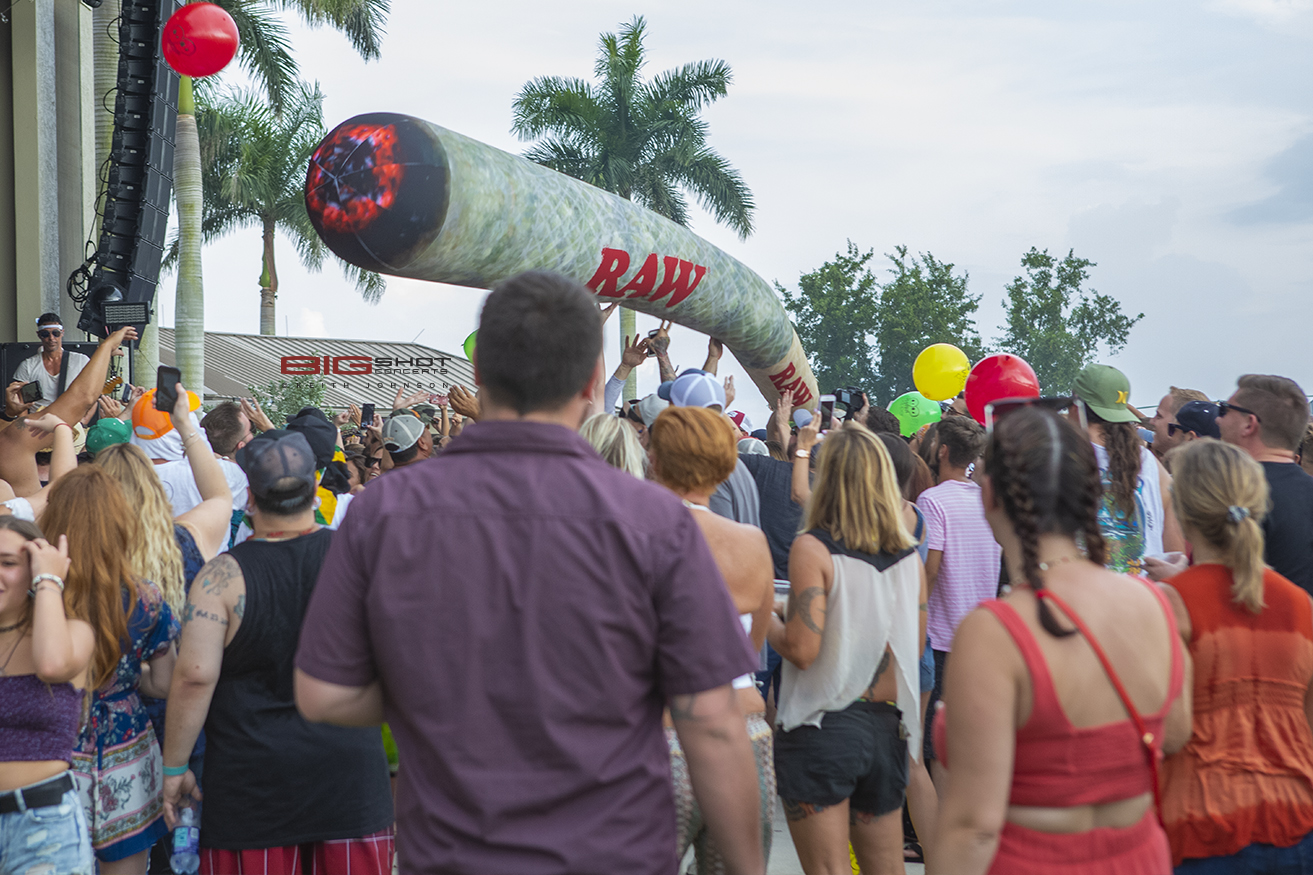 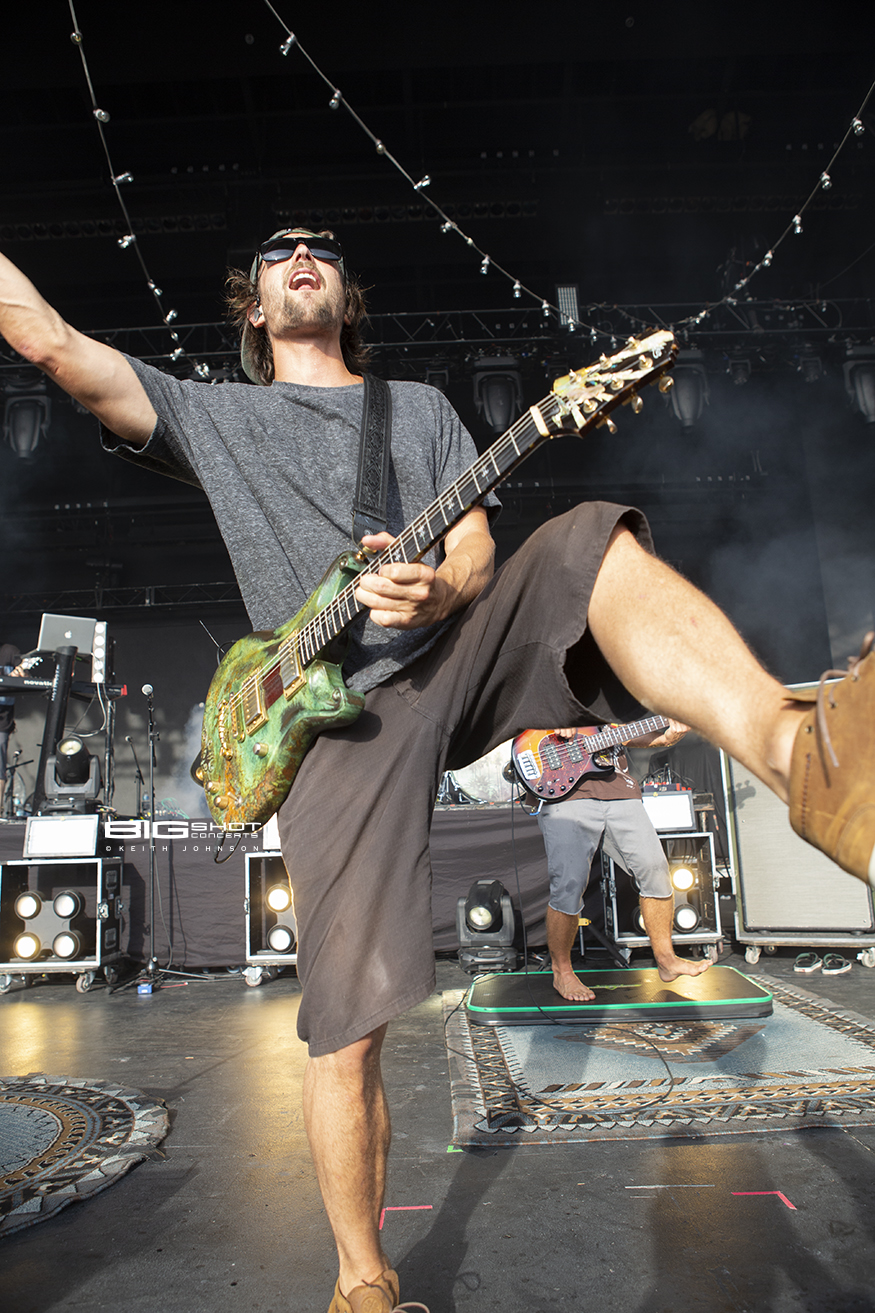 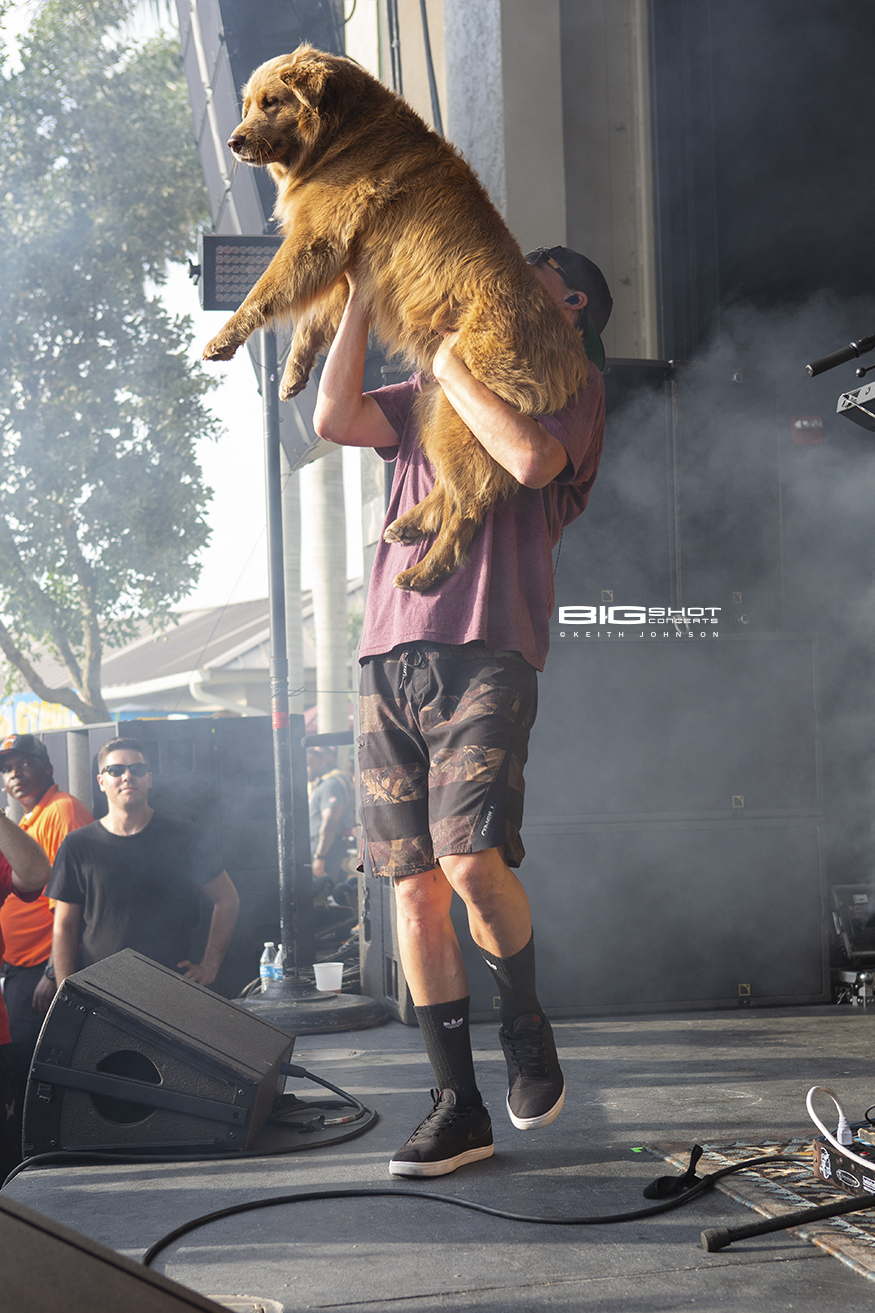 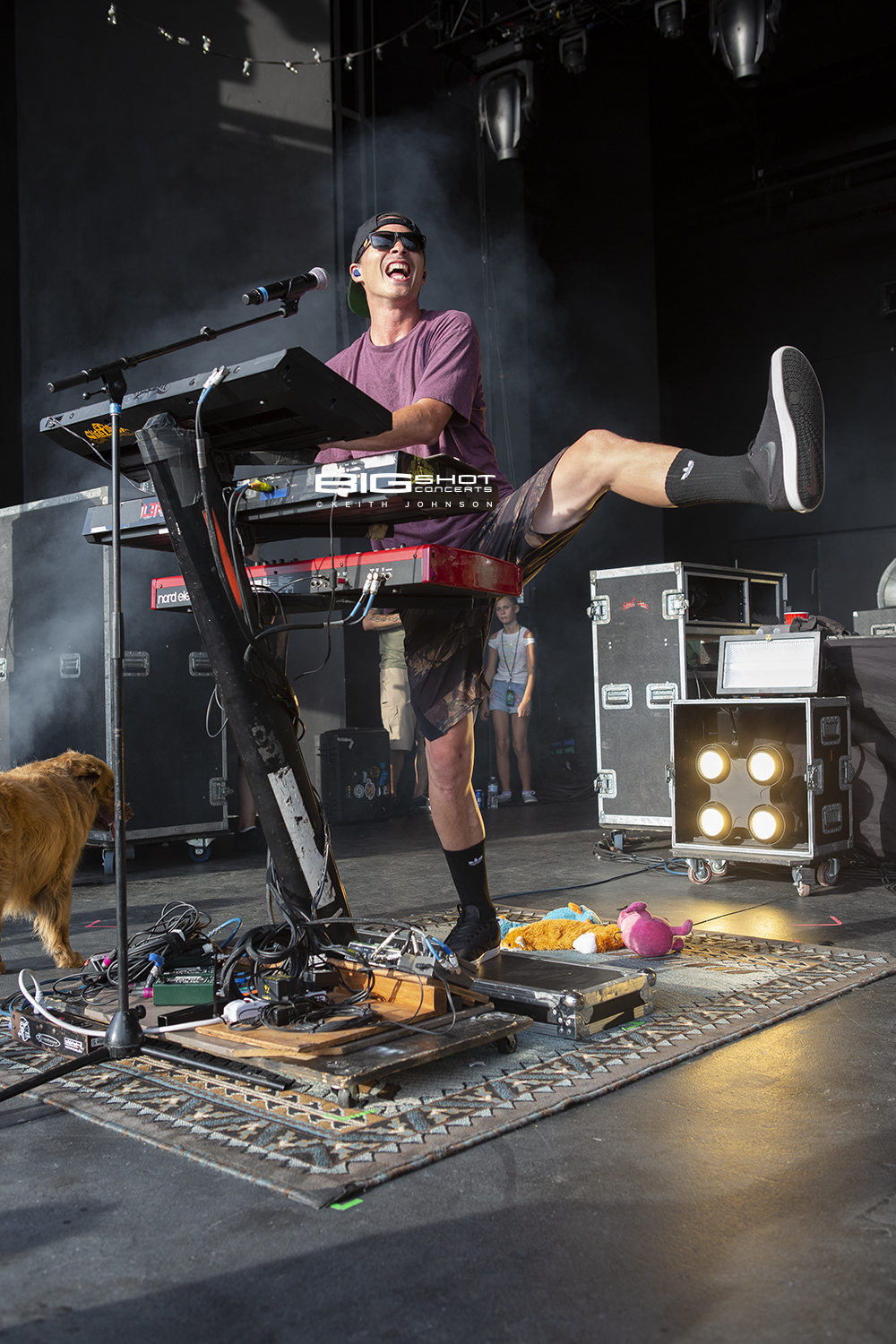 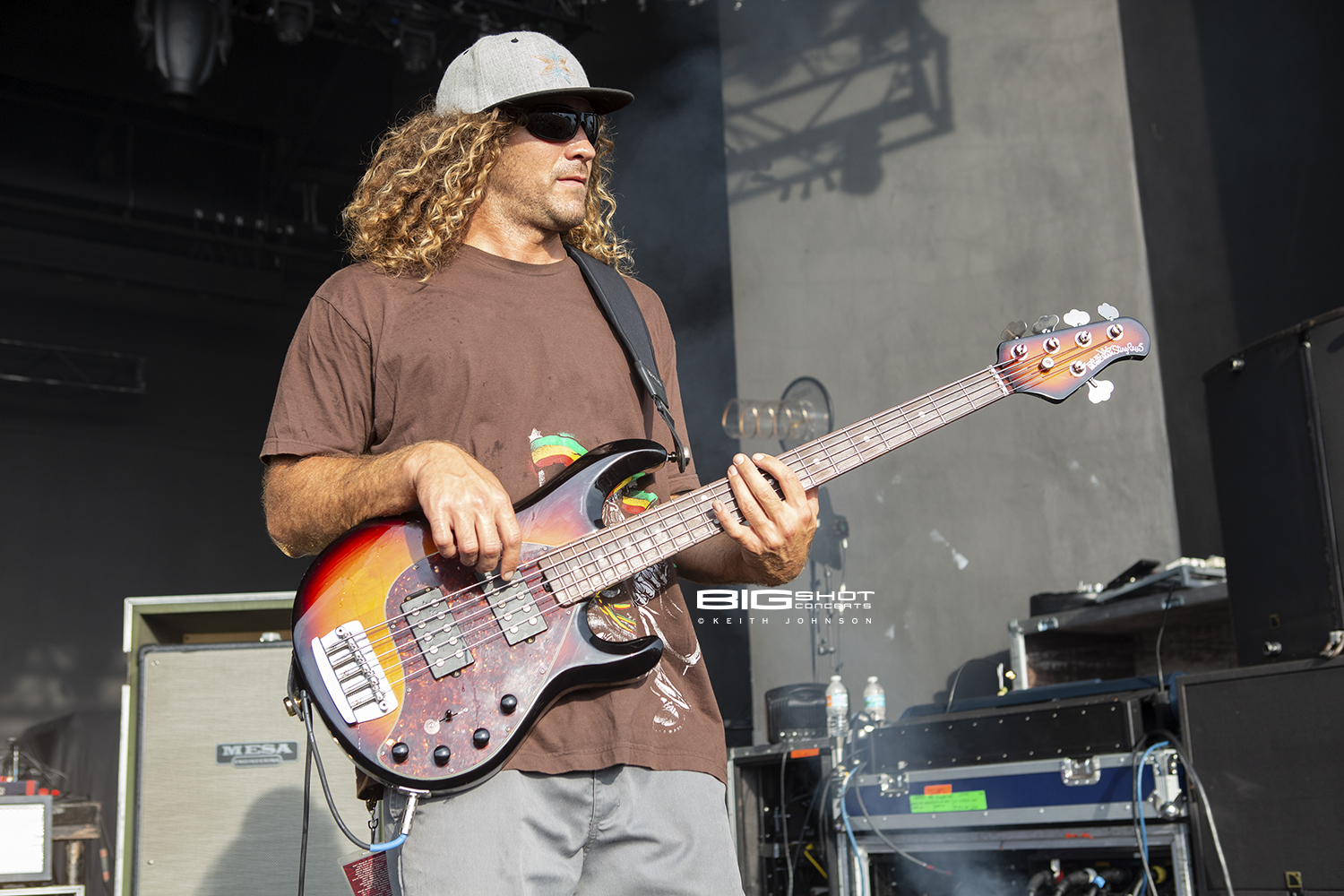 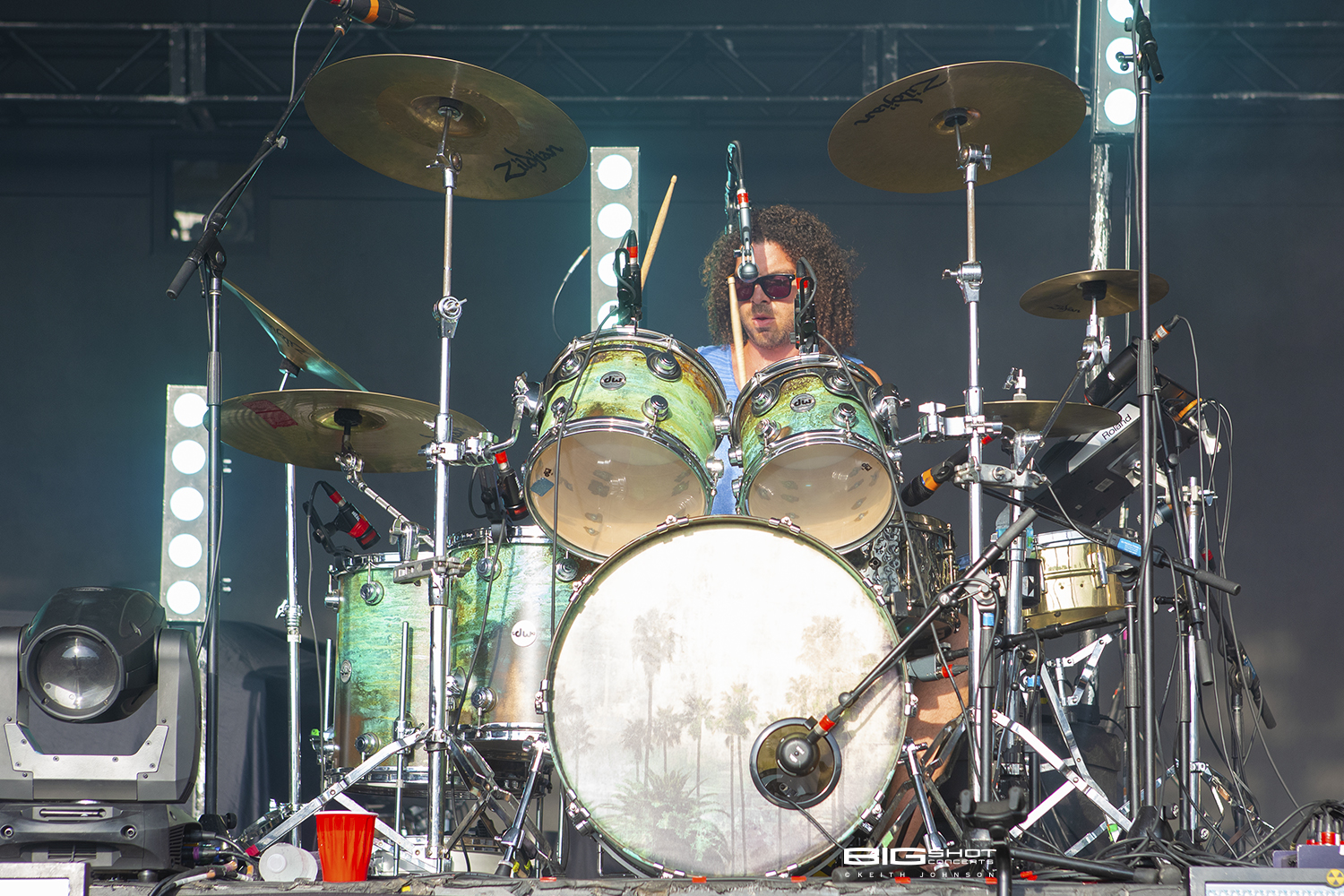 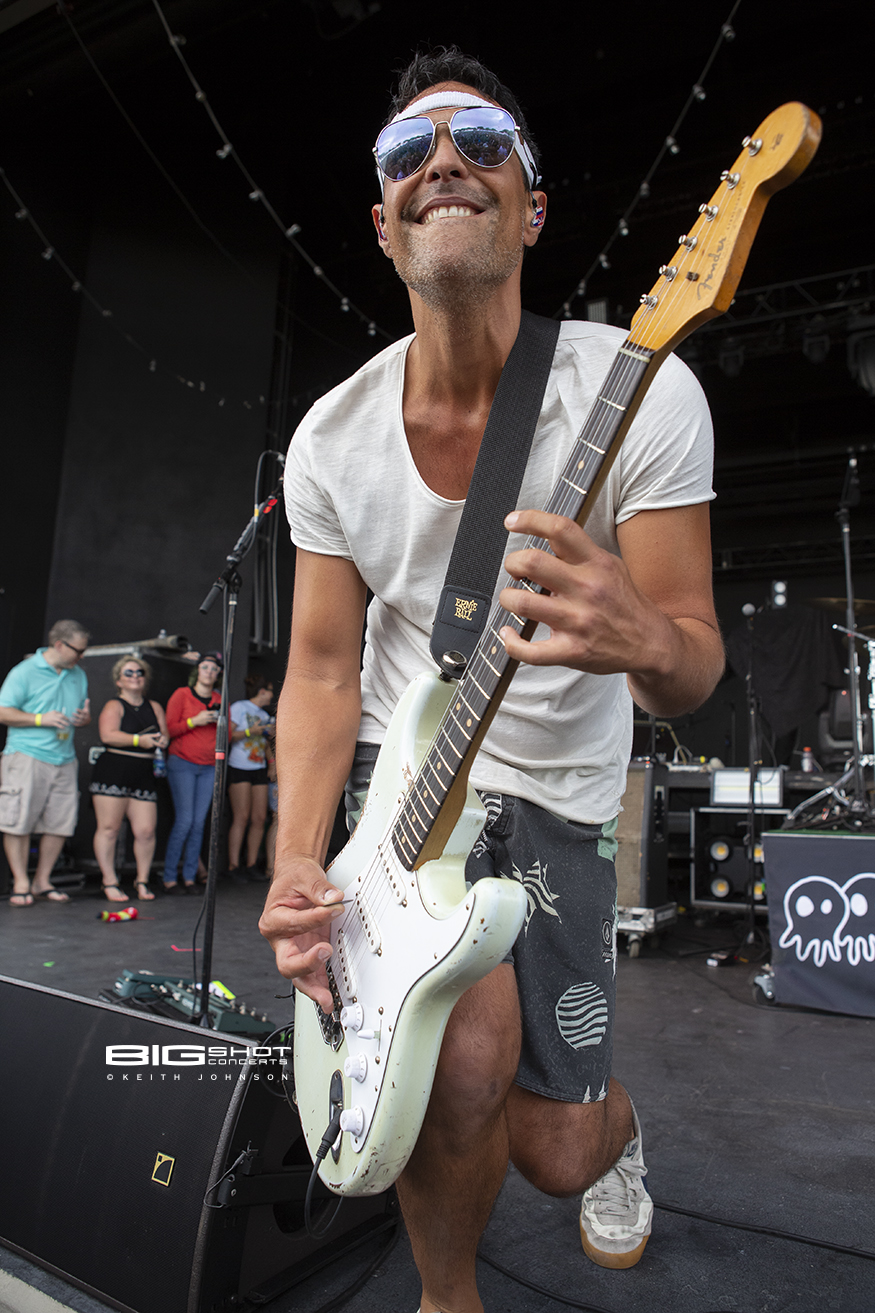 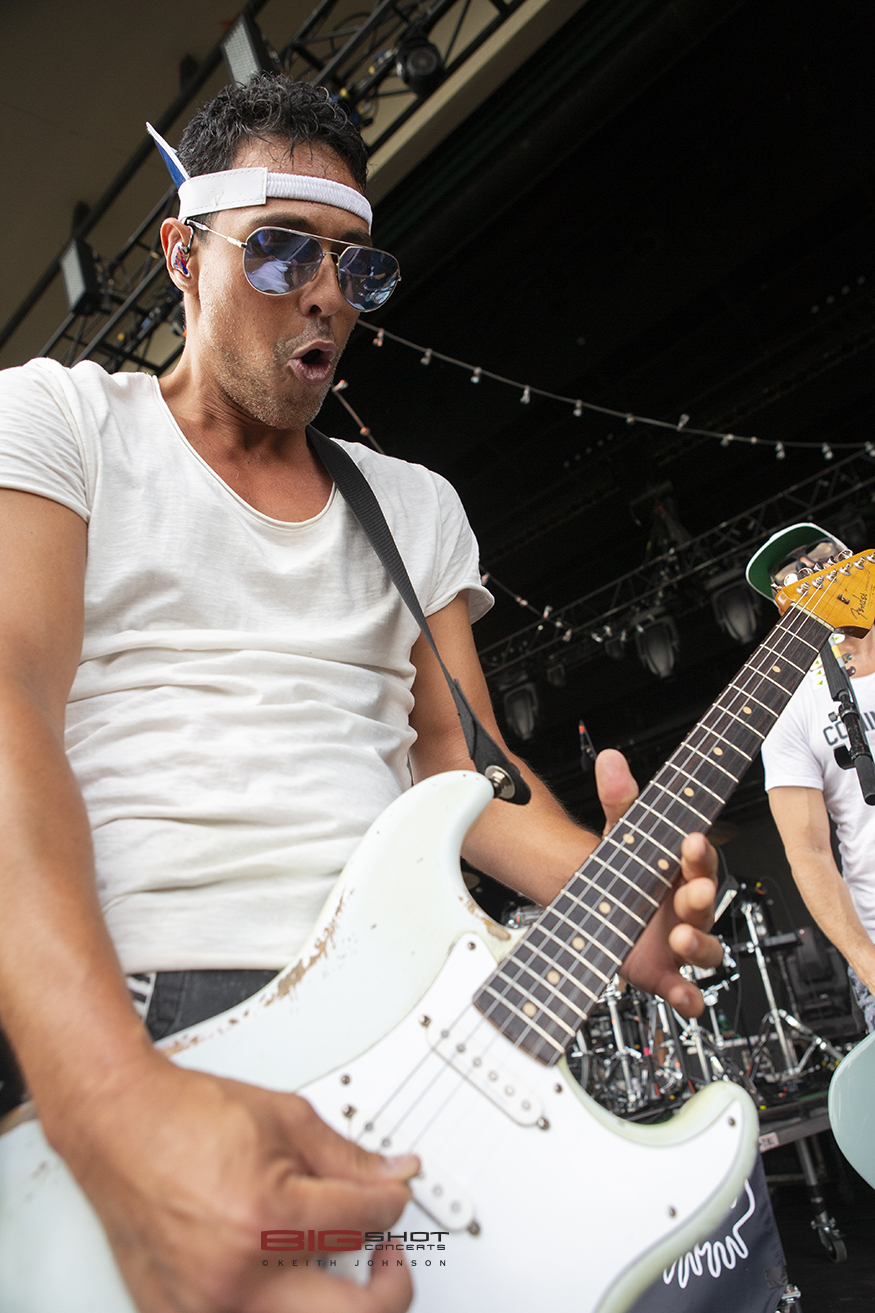 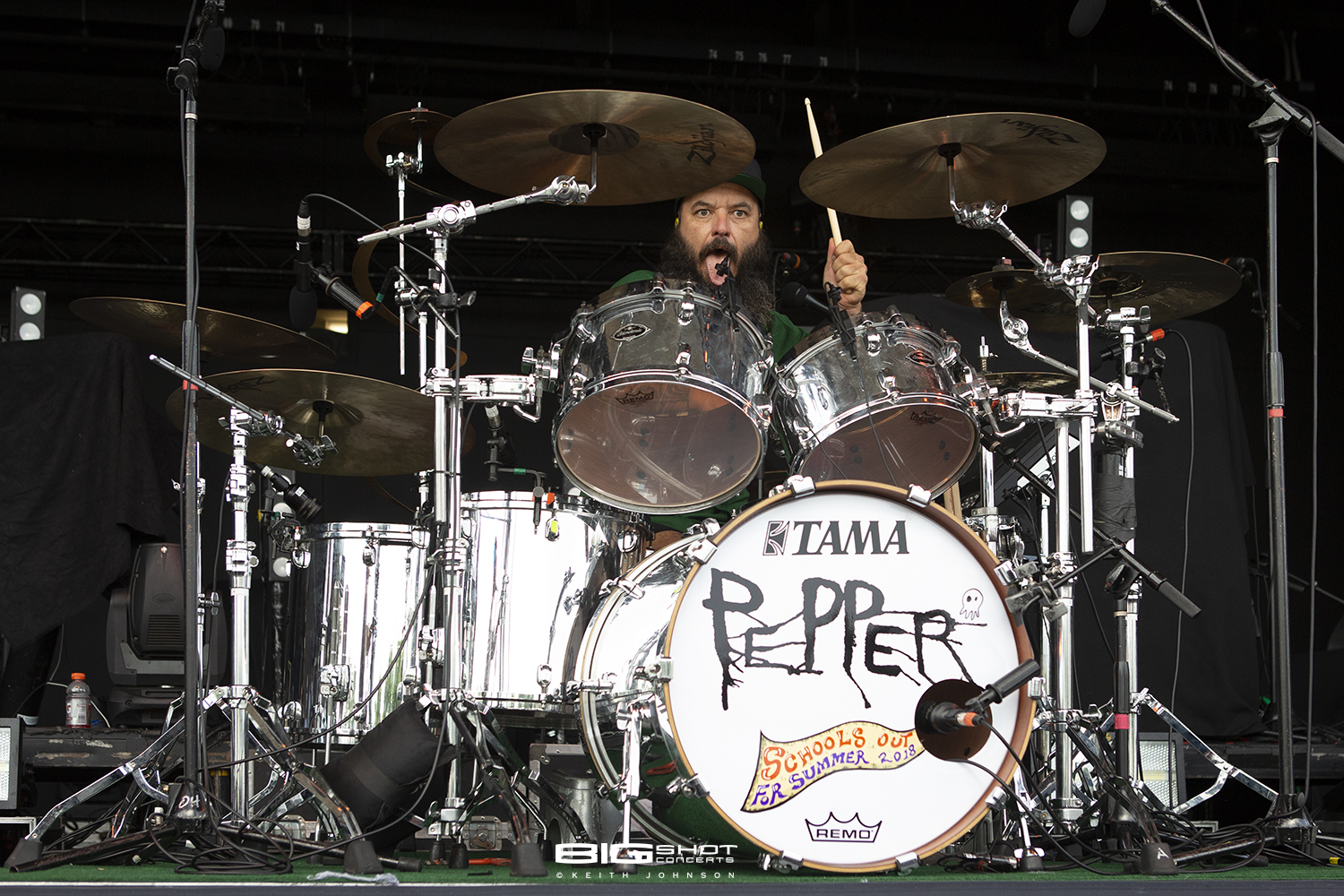 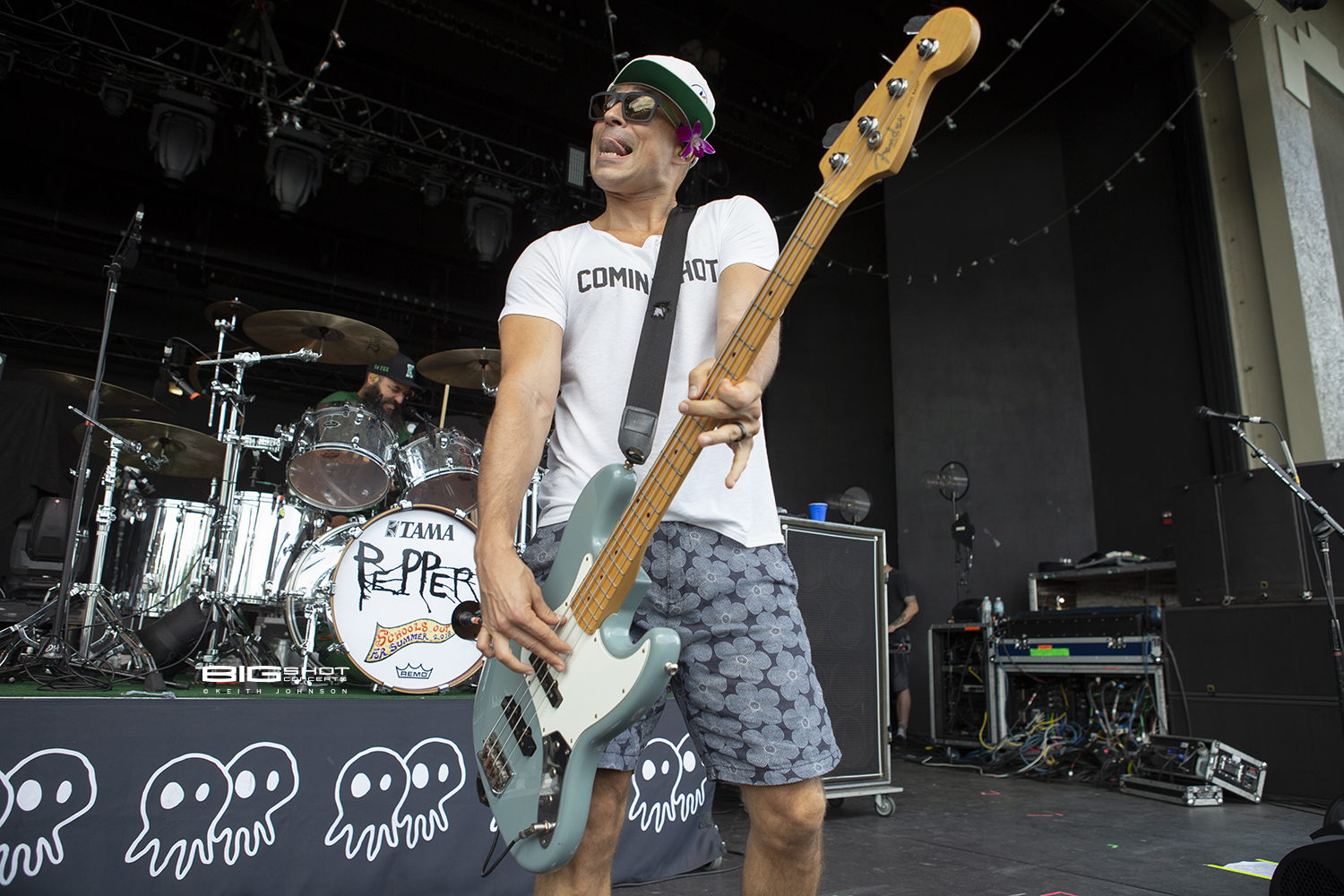 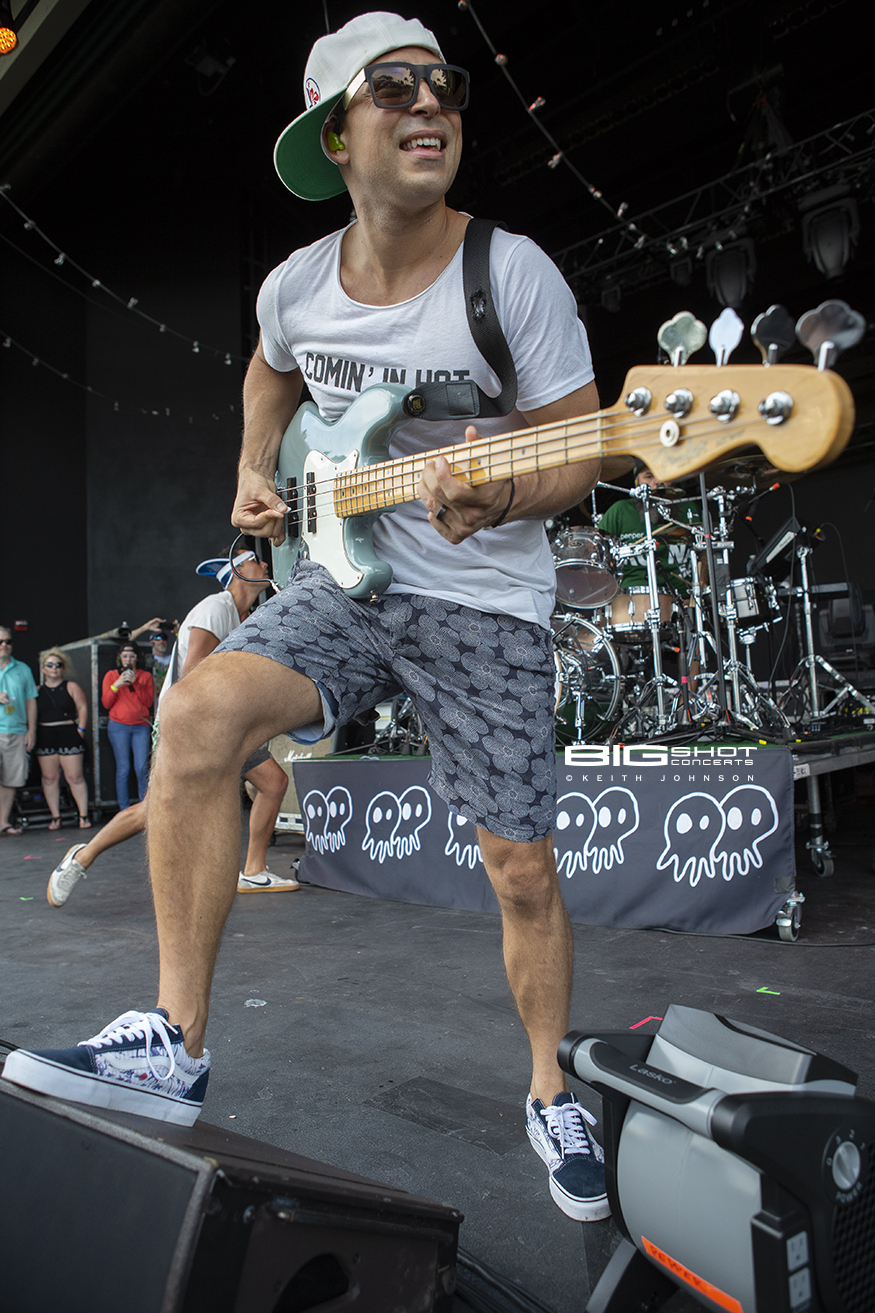 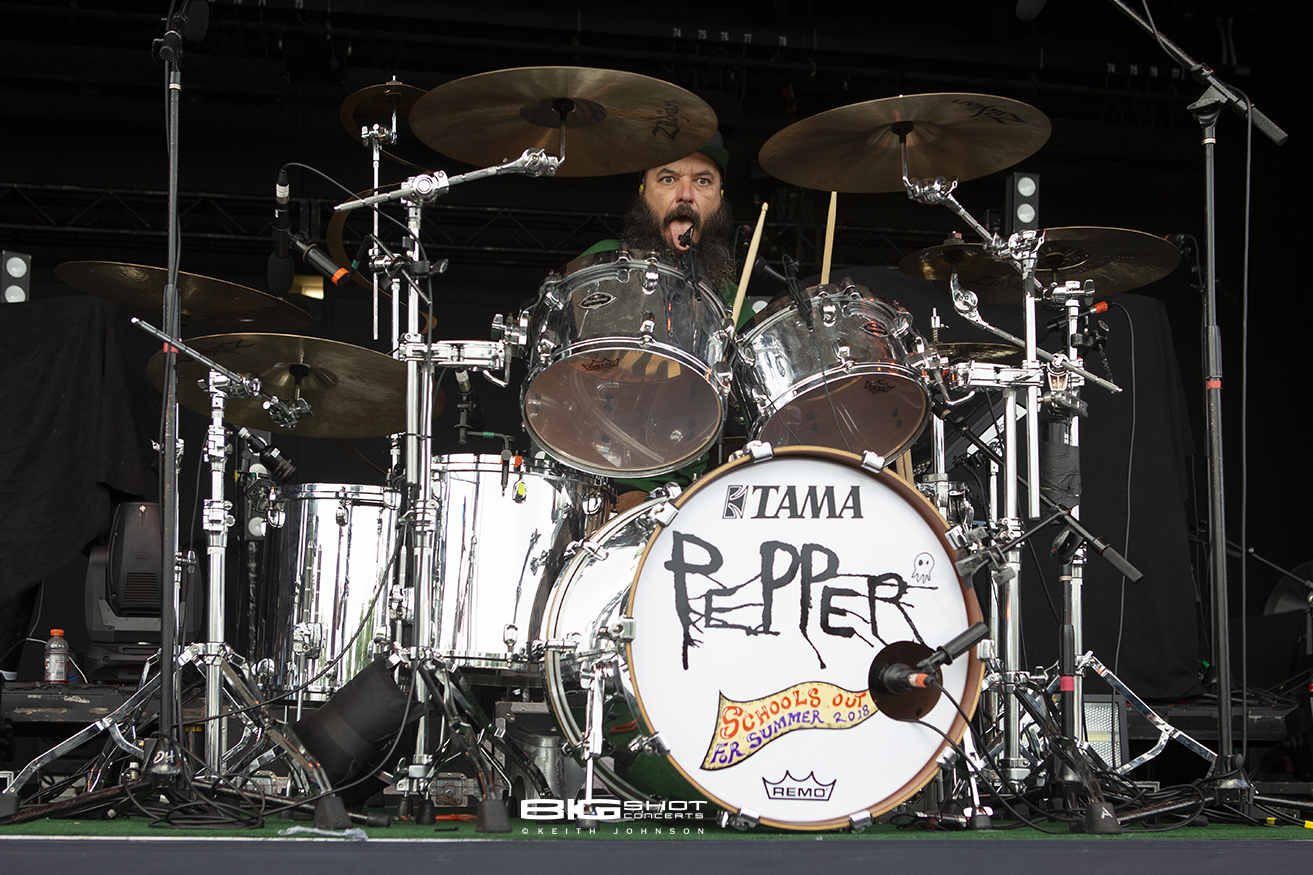