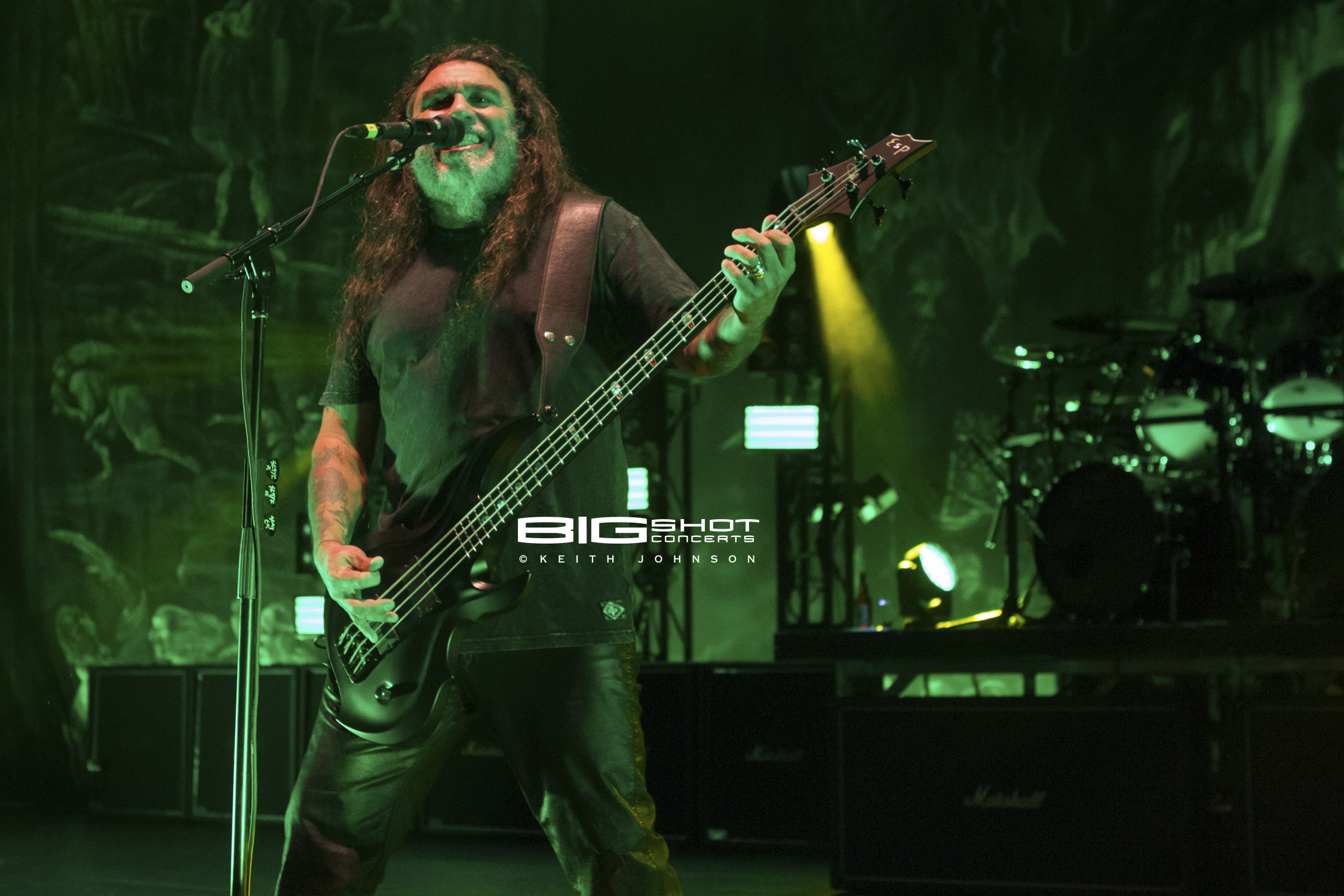 Thrash legends Slayer tore up The Fillmore Miami Beach with Anthrax and Death Angel during a night of metal mayhem in south Florida.

Slayer
More than 34 years into their career, Tom Araya and Kerry King still continue to keep their band far removed from anything conventional. The momentum that drives them is making the music that they want to record. The tunes have always been an uncompromising, no holds barred assault on the mainstream, and their 11th studio album, Repentless, continues that tradition.

The fans in attendance got to see Slayer in all their aggressive glory. Those seeing them perform live for the first time since the passing of Jeff Hannenman knew guitar duties were in good hands. Gary Holt, of Exodus fame, has been Slayer’s new guitar player since 2011, and he filled the position with fiery enthusiasm. Paul Bostaph joined the group as timekeeper after the departure of longtime drummer Dave Lombardo.

As he always does, Tom Araya shouted out the vocals with growling intensity, while thumping out bone-jarring bass lines. His stage presence is eerily commanding, and easily kept the crowd engaged in the performance. Sometimes you just look at someone and think that they should be the lead guitarist in a thrash metal band. Covered into tattoos, dangling chains and a braided beard, Kerry King definitely has the look. But when you hear him play, his axe-shredding skills put him in an entirely different category of greatness, no matter how rock and roll he appears to be.

Fans that came to rage were not disappointed. Slayer’s Repentless World Tour was one of the heaviest shows to hit Miami Beach in a long time, sending the city way south of heaven.

Anthrax
Anthrax kicked off their set in fast and furious fashion… then proceeded to get faster. The New York thrash band is out on the road to promote For All Kings and support their “Big Four” companions Slayer. From the very first note until the final cymbal crash, the band received a loud and thunderous ovation from the fans.

Death Angel
Bay area thrashers Death Angel premiered tunes from their new album, The Moth, and slammed down classics to open the show. 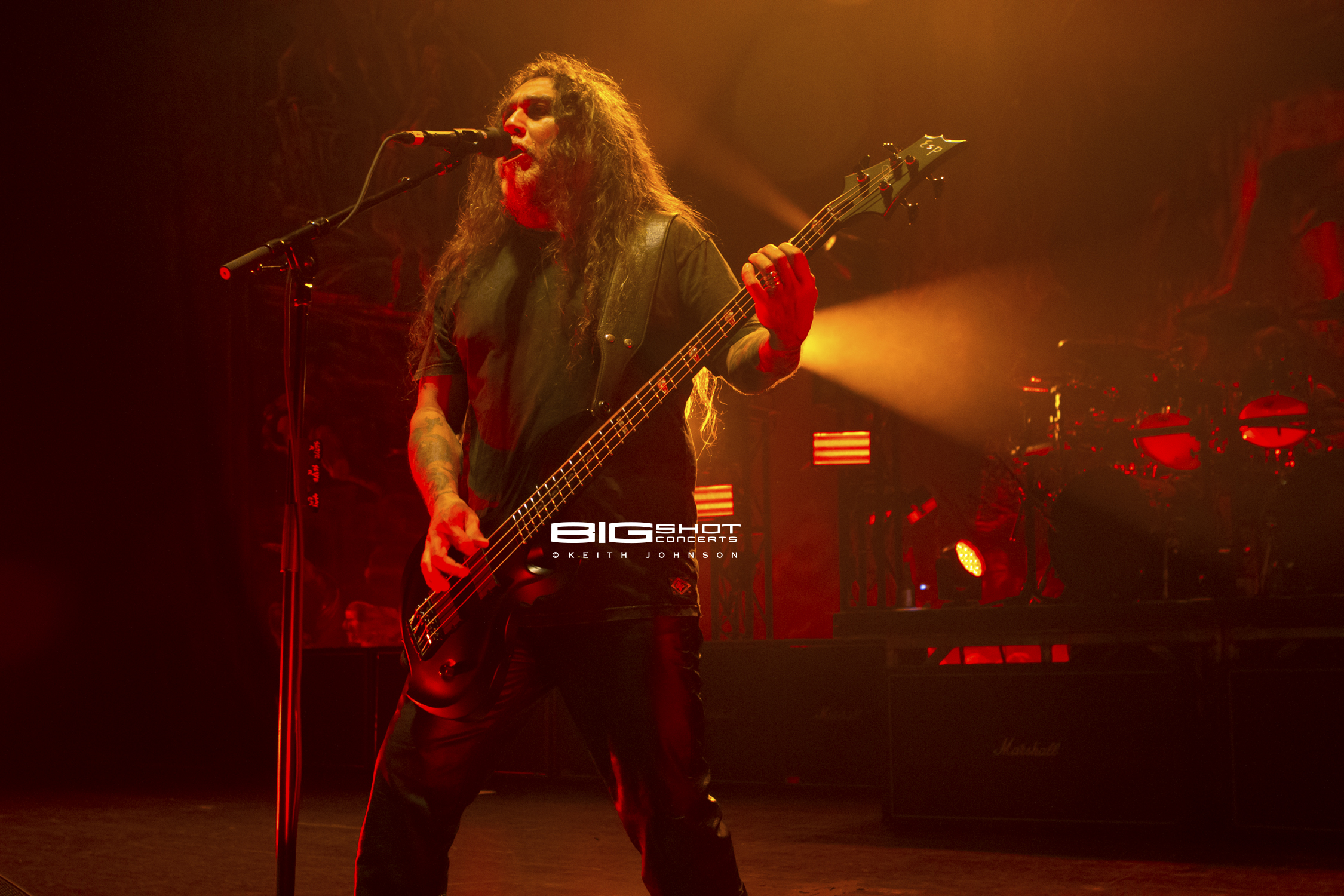 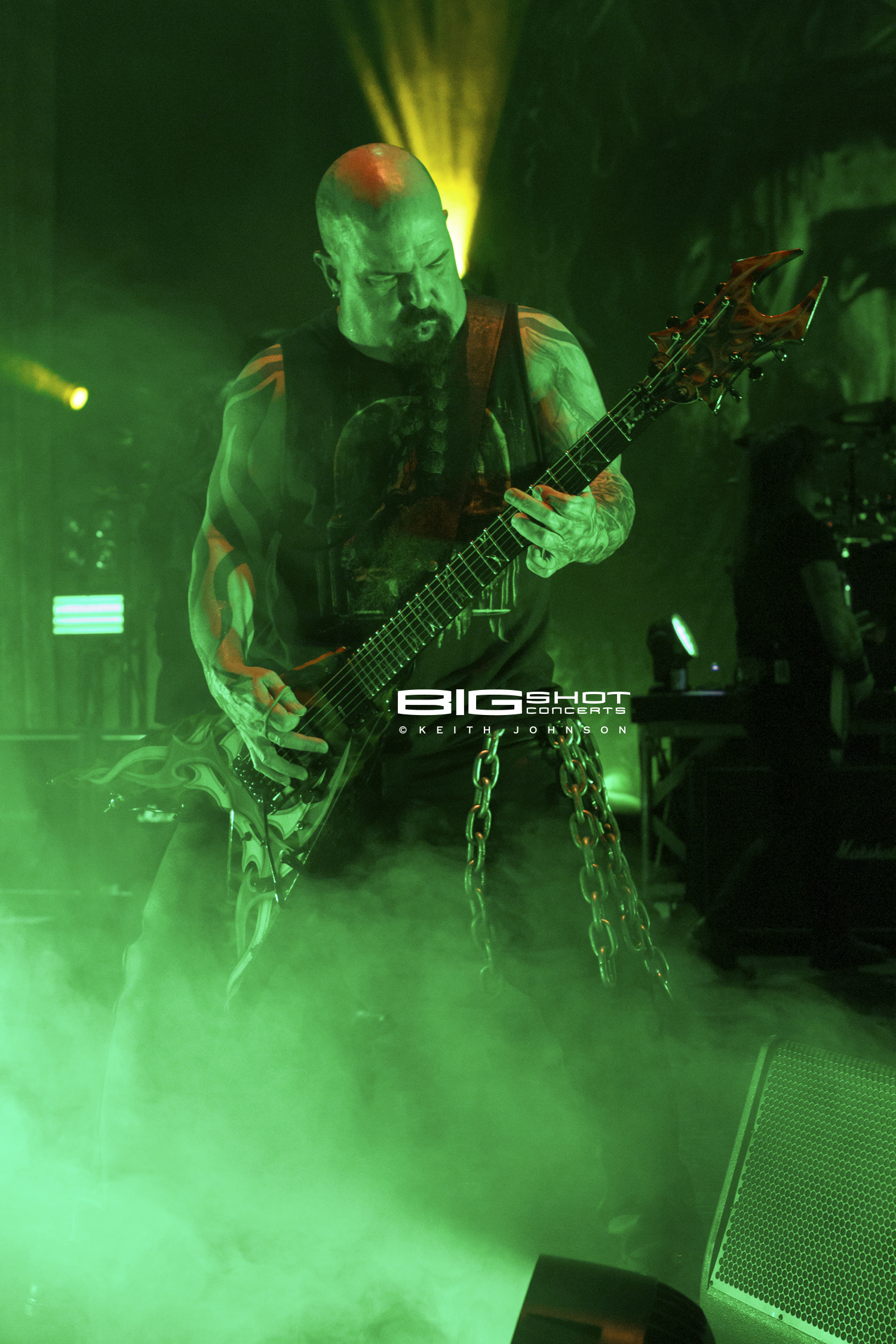 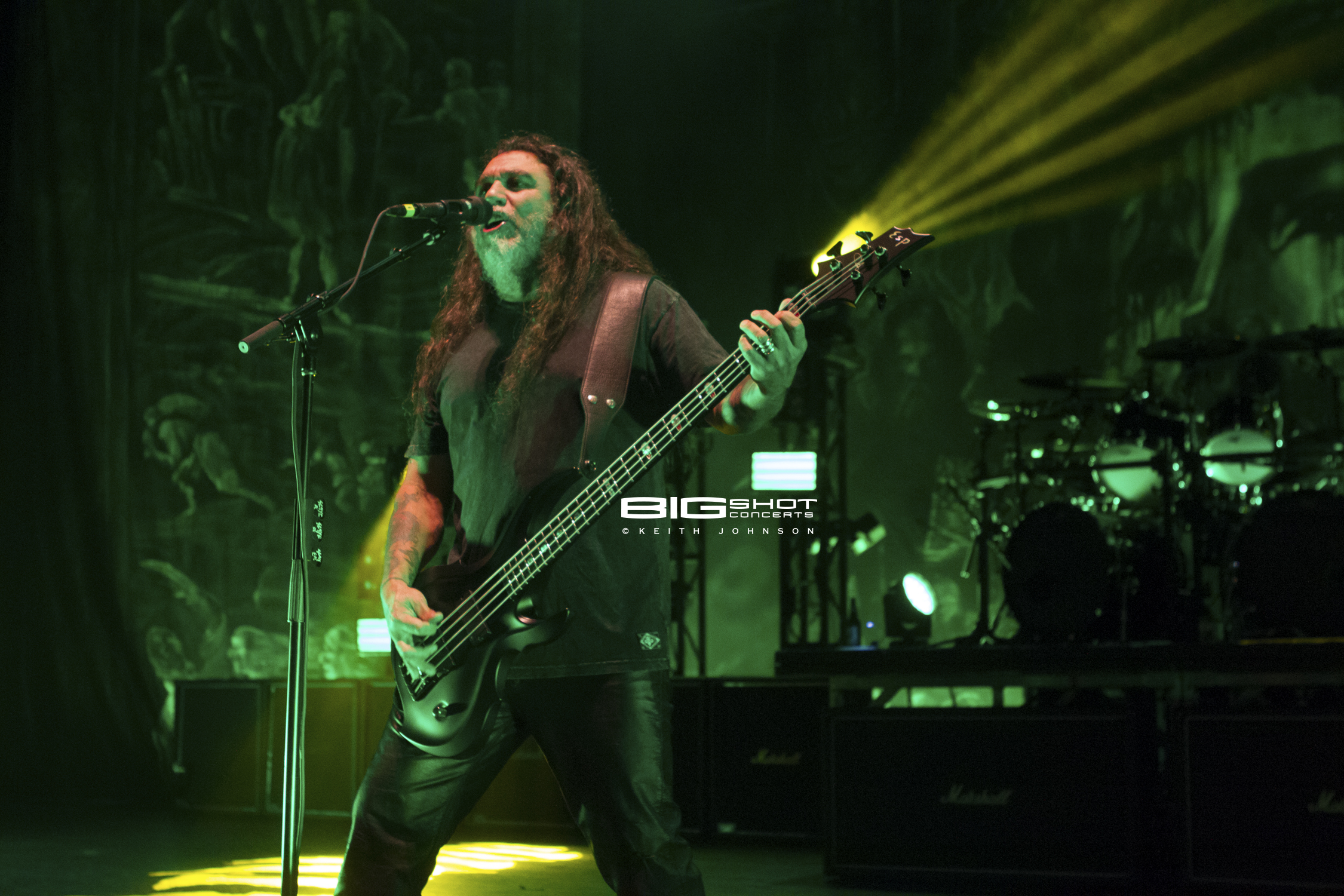 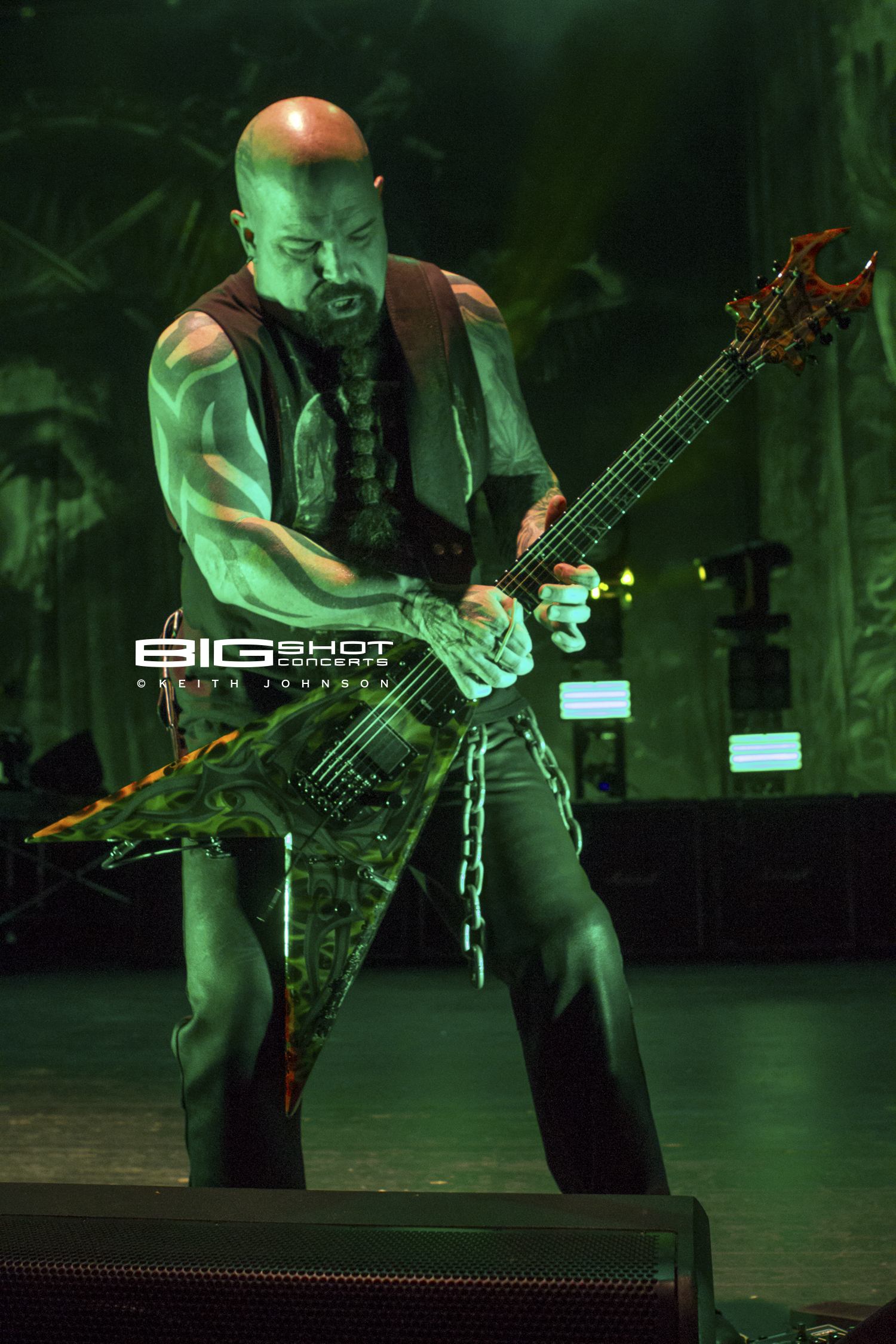 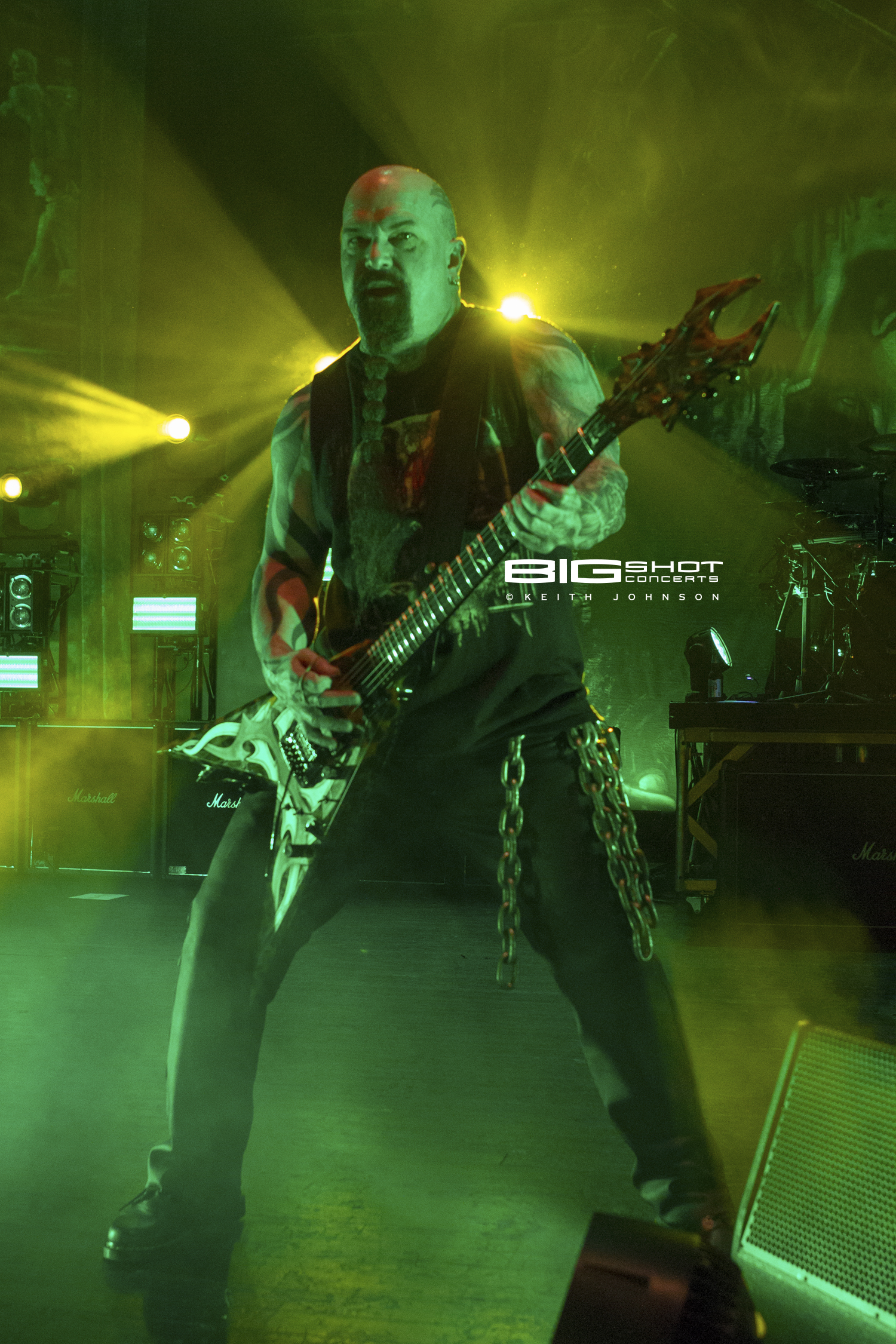 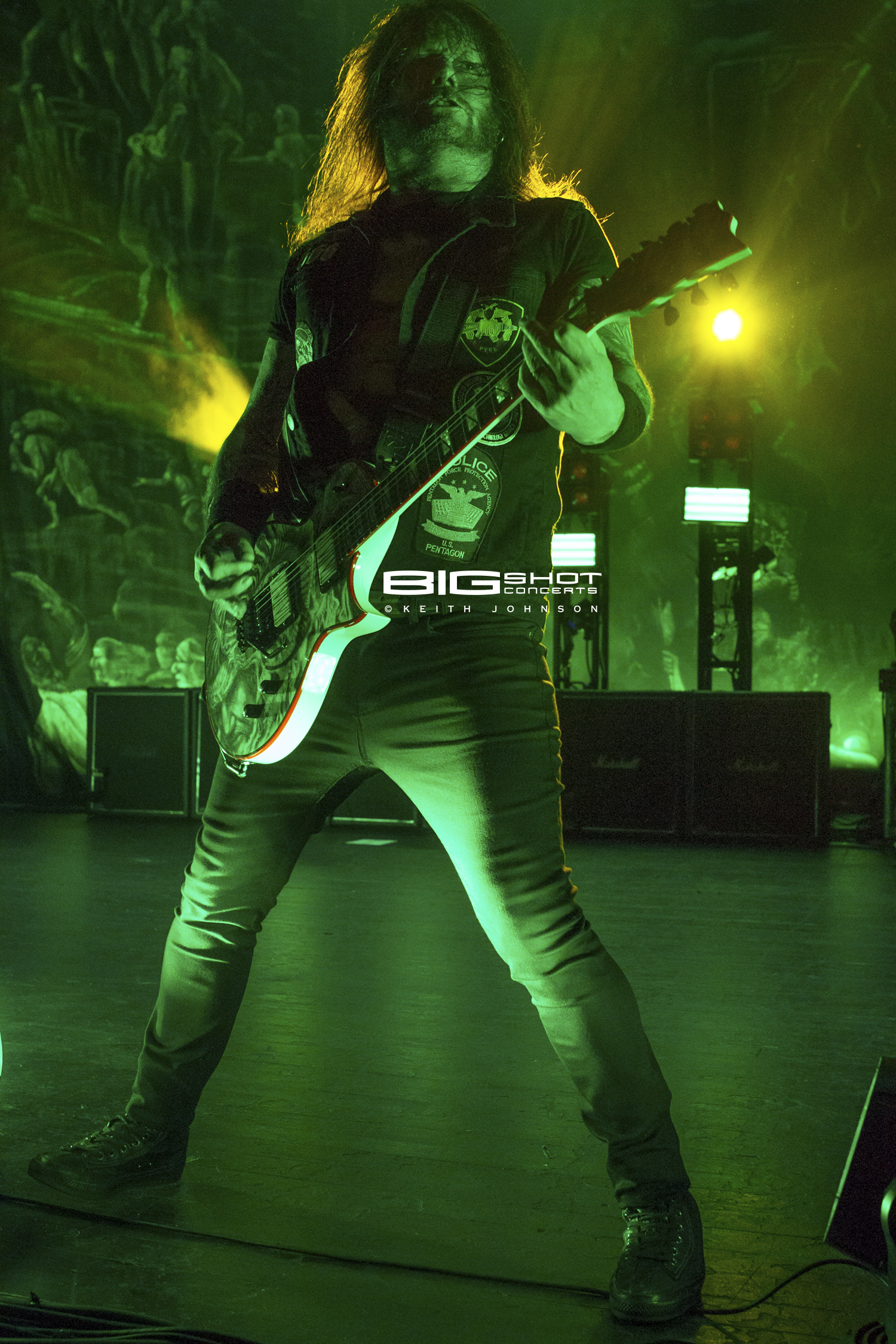 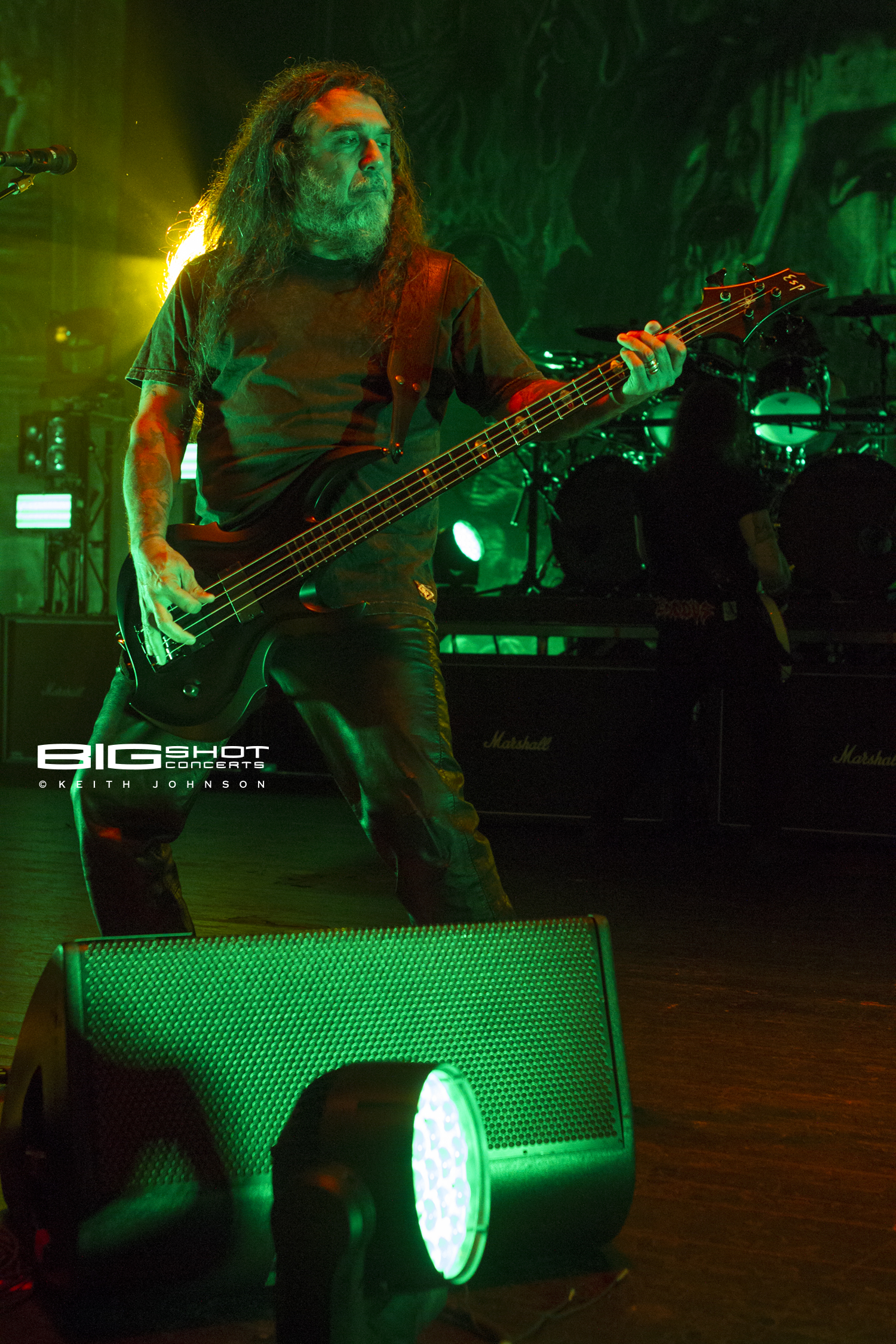 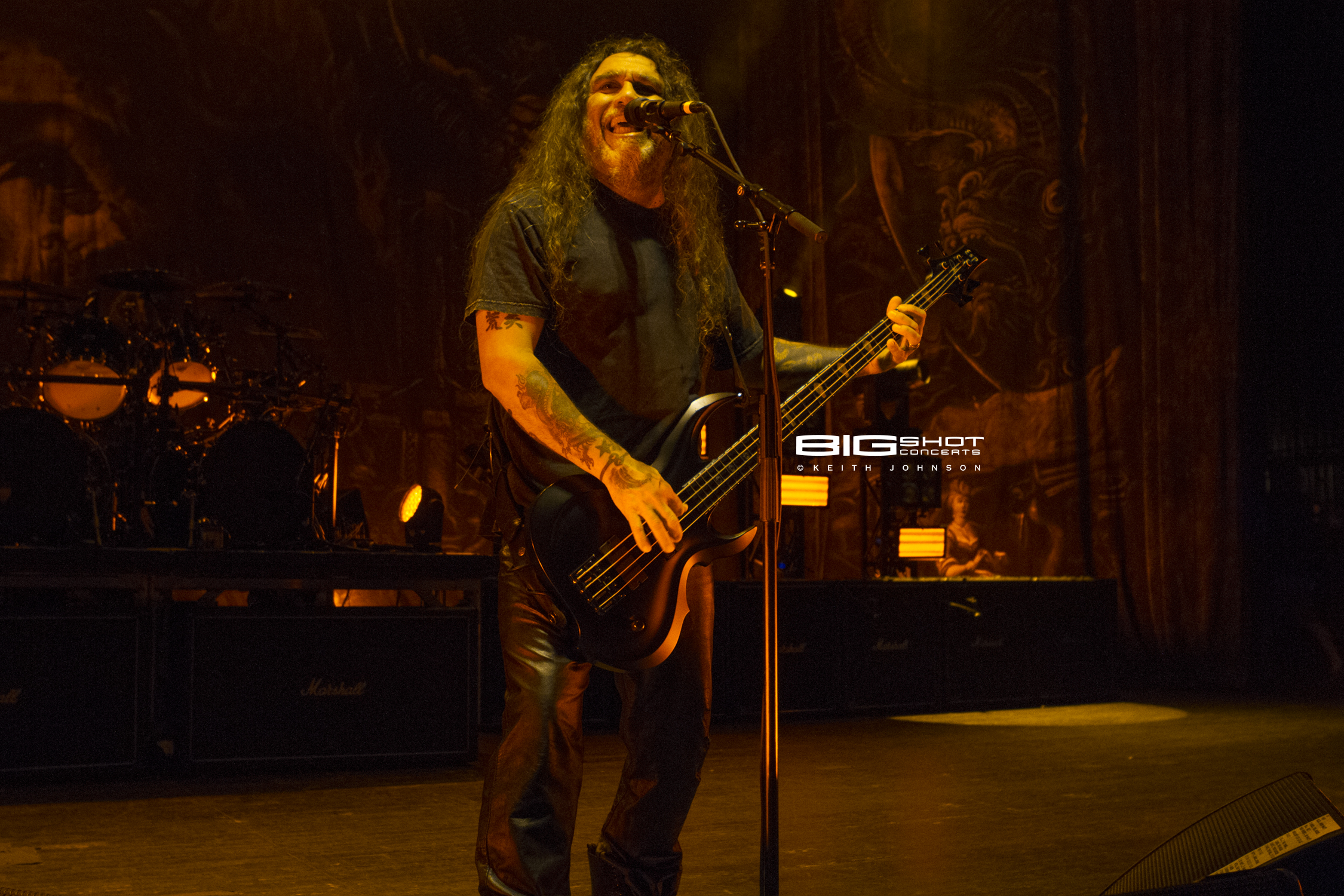 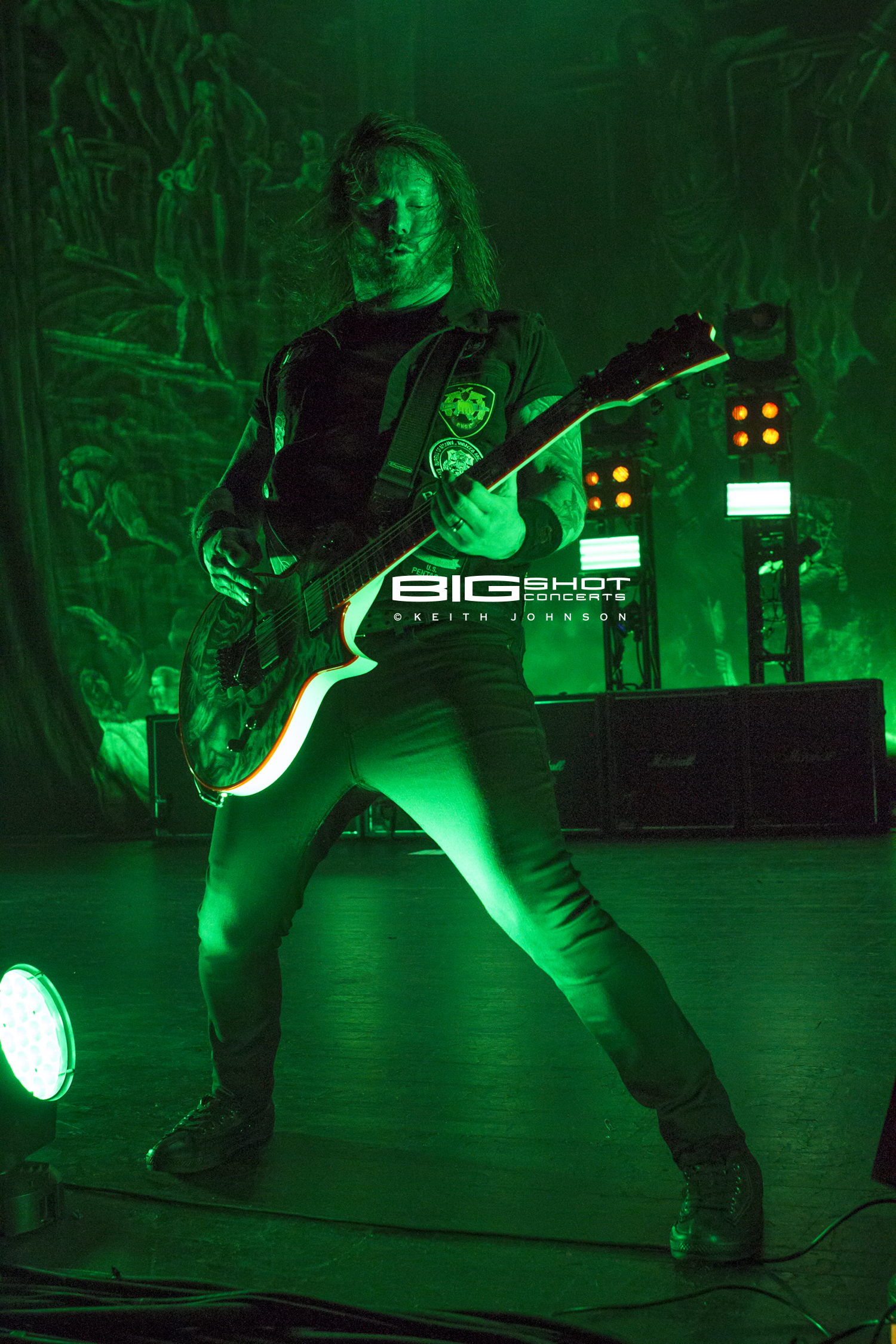 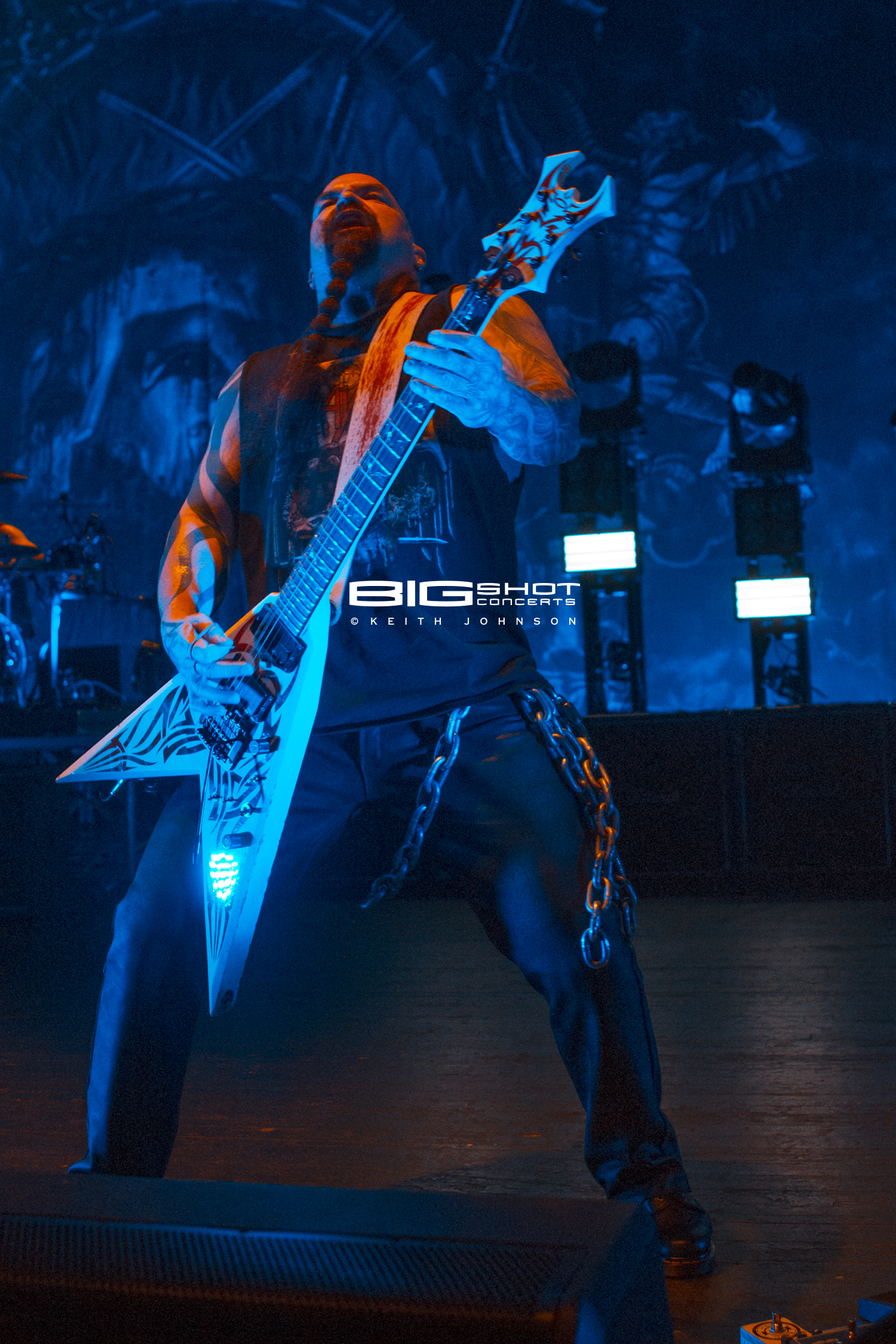 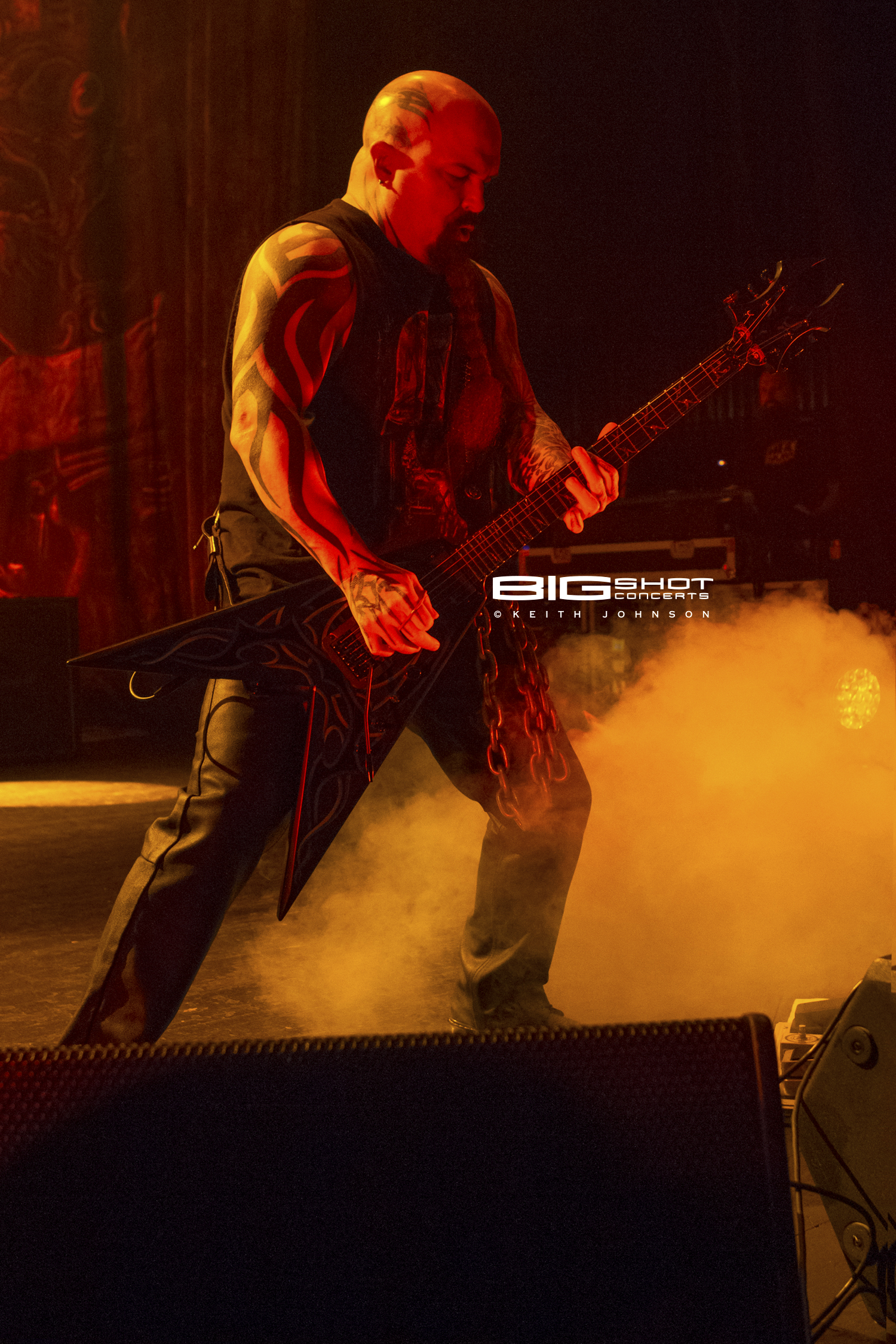 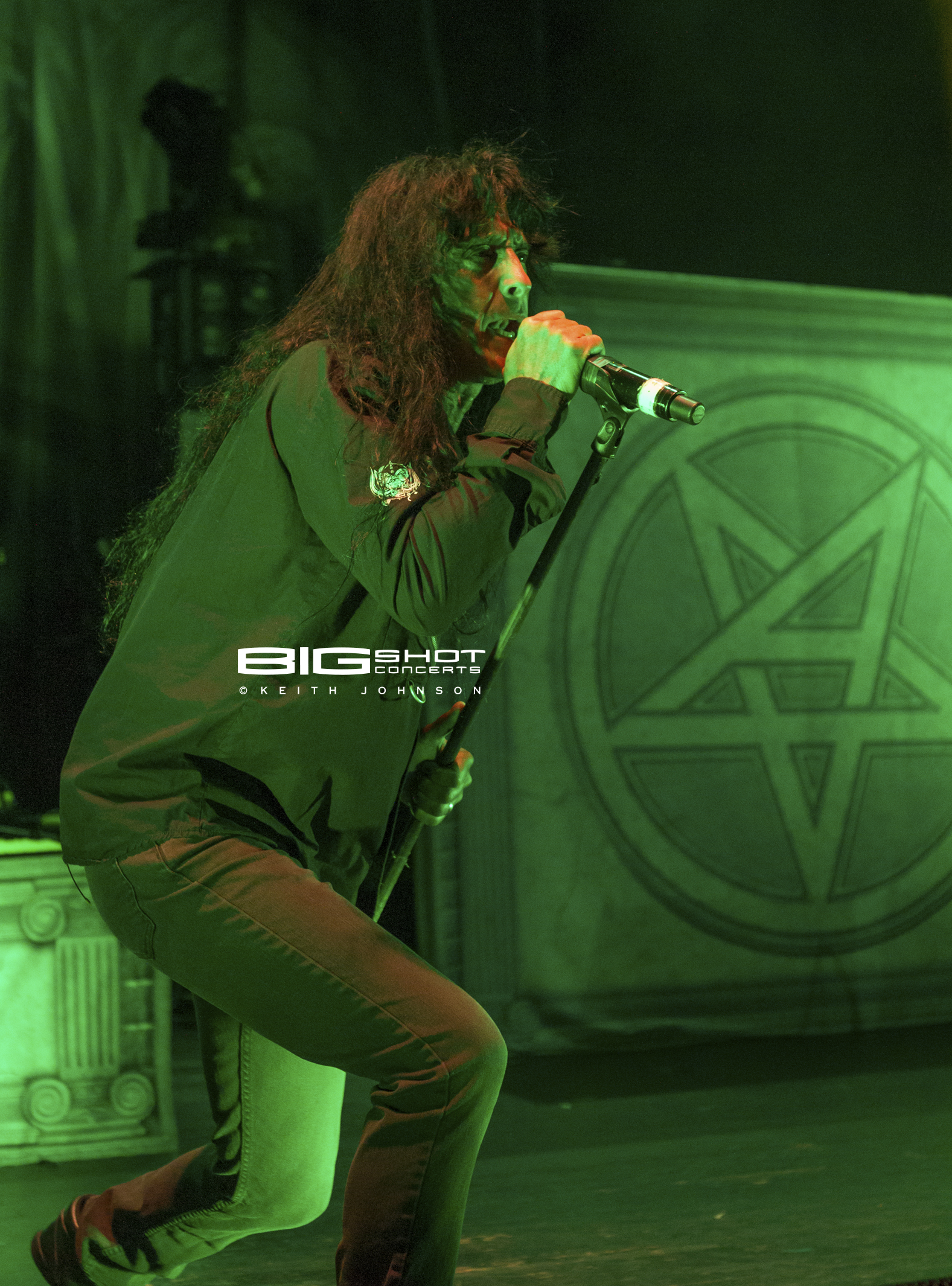 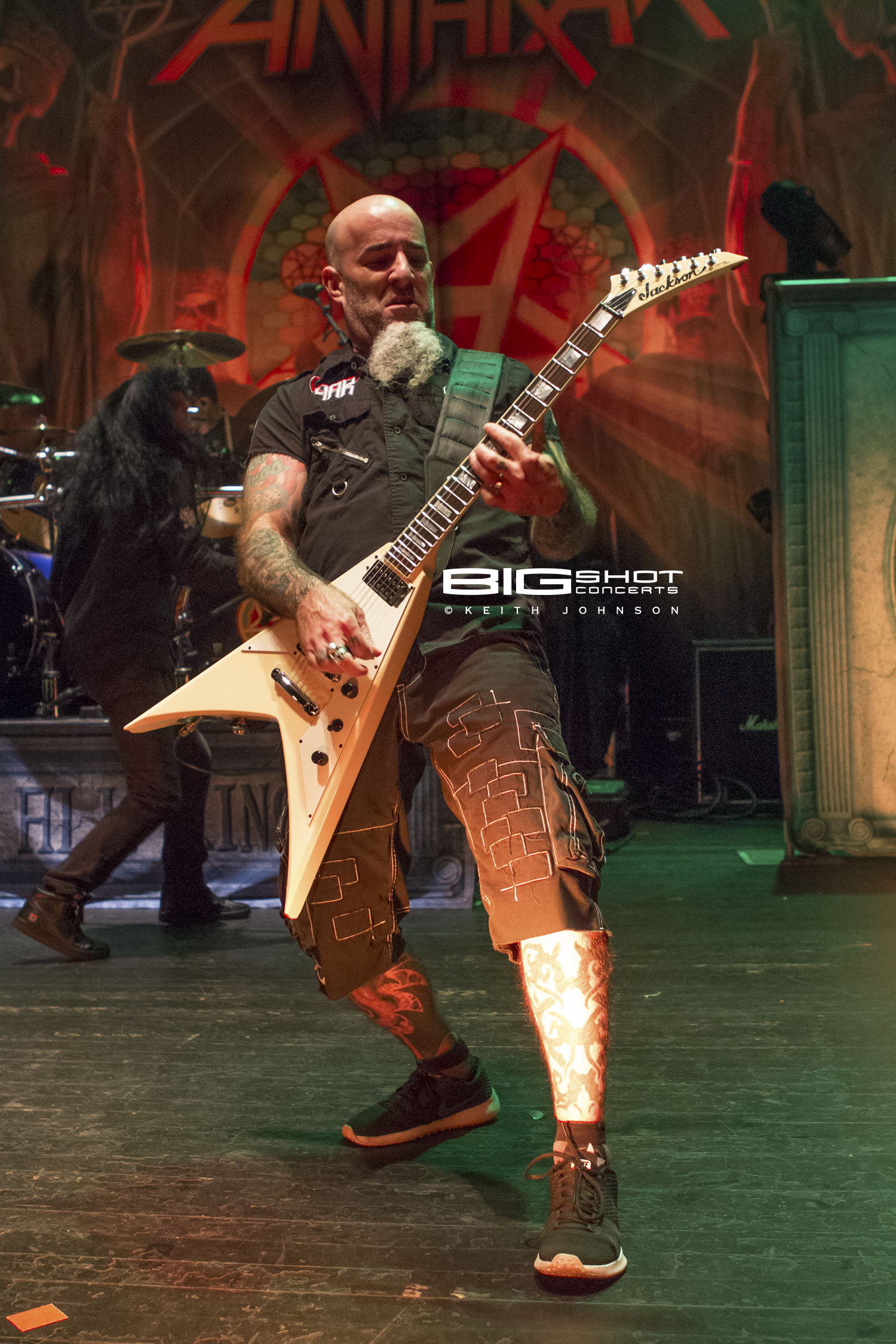 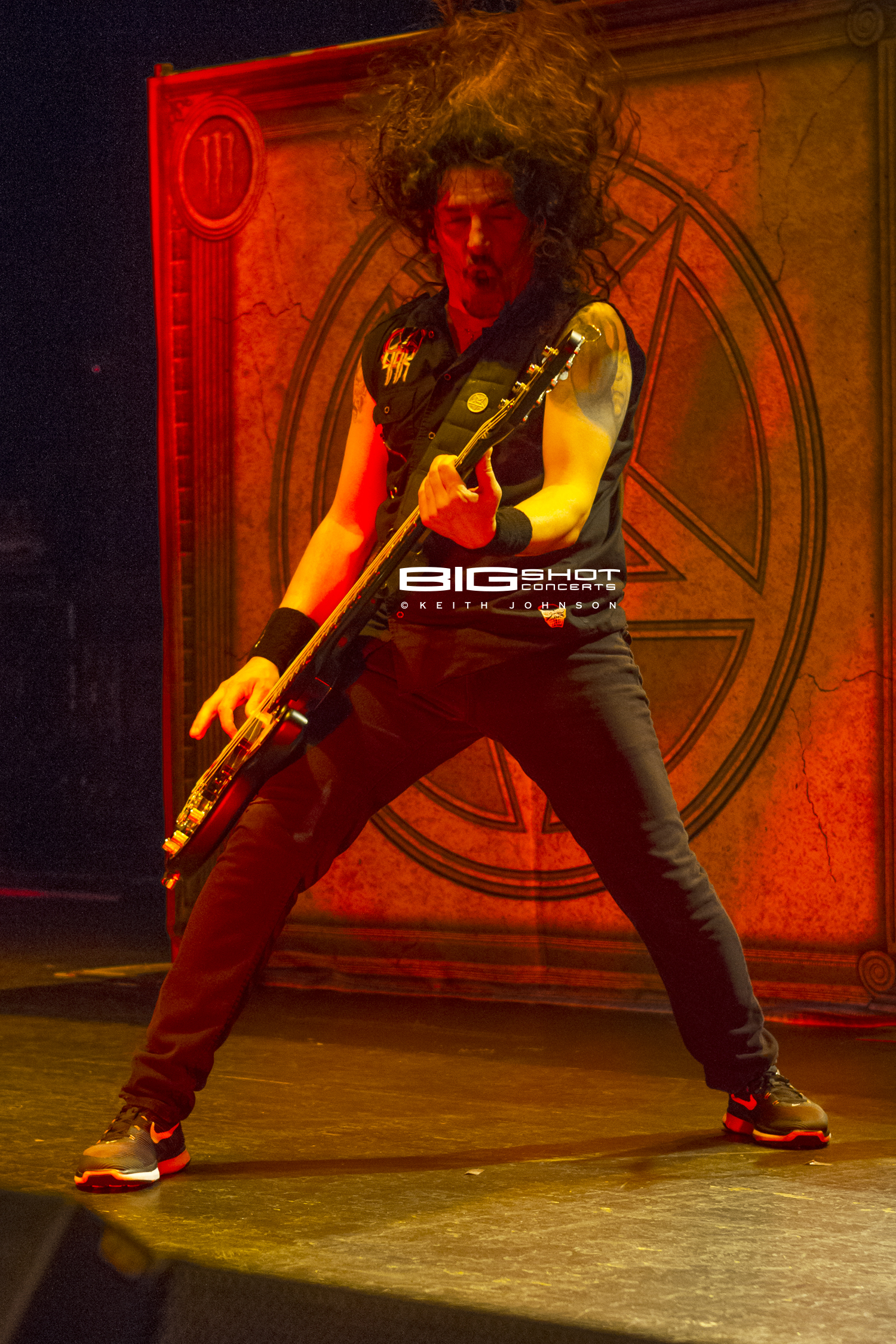 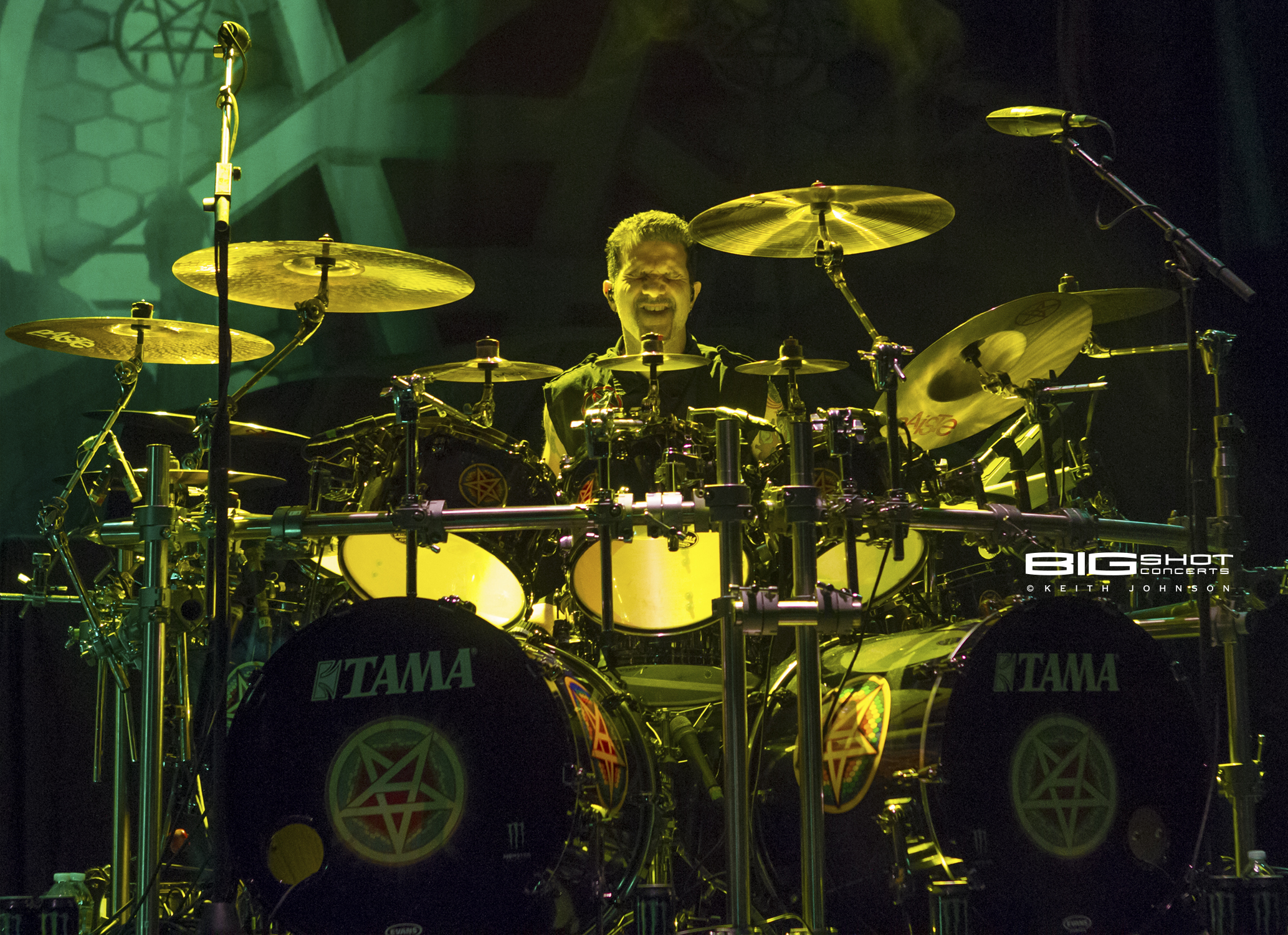 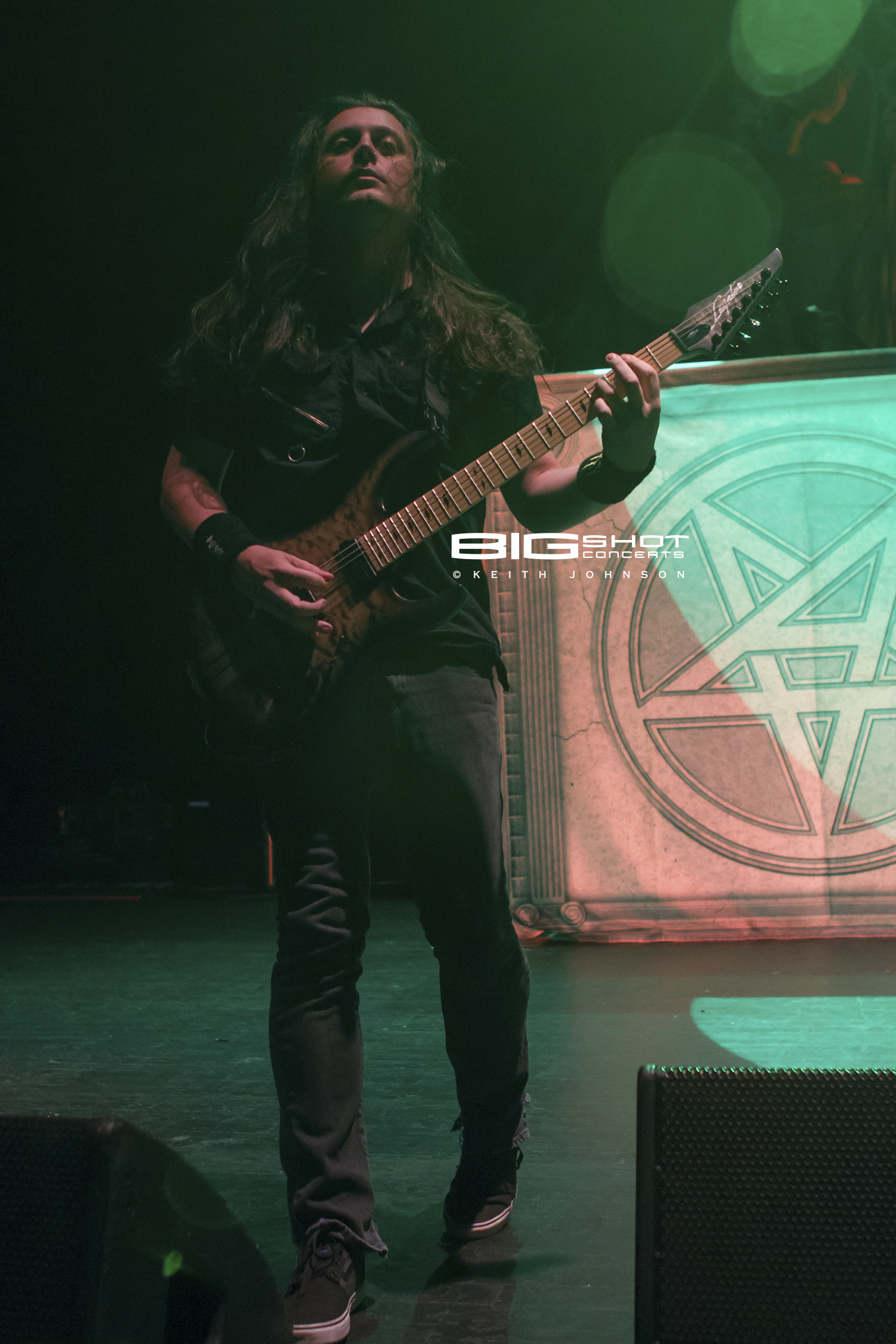 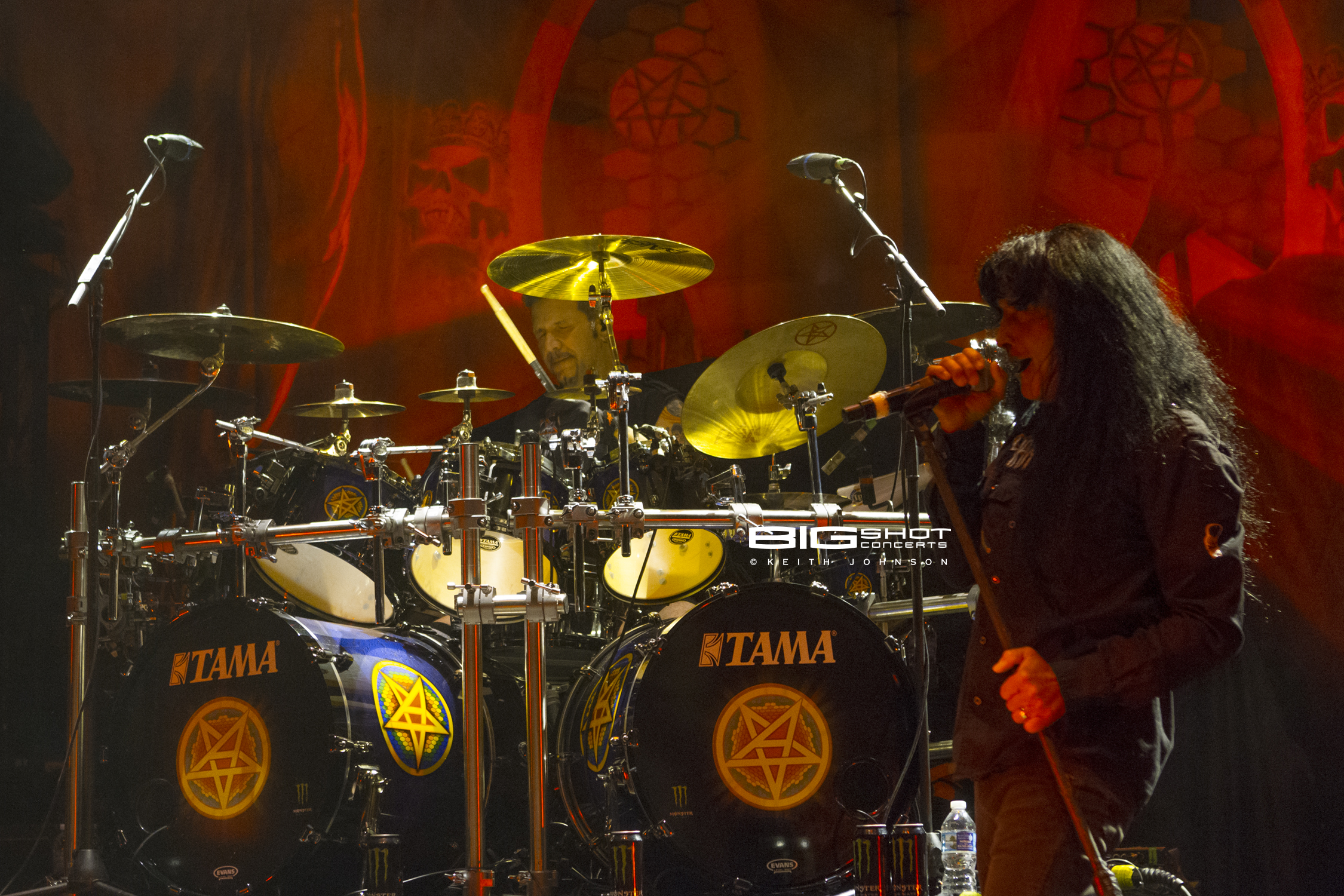 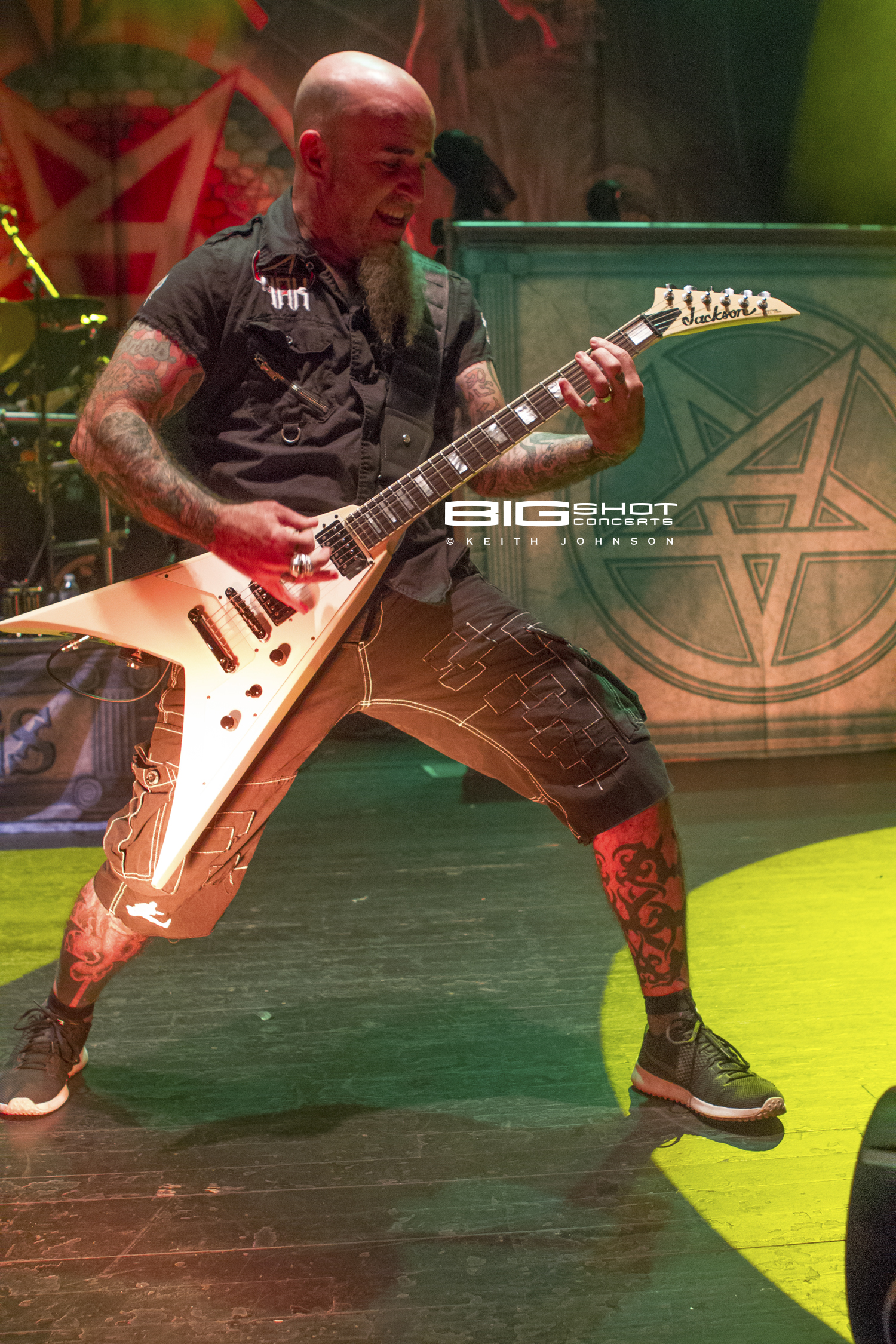 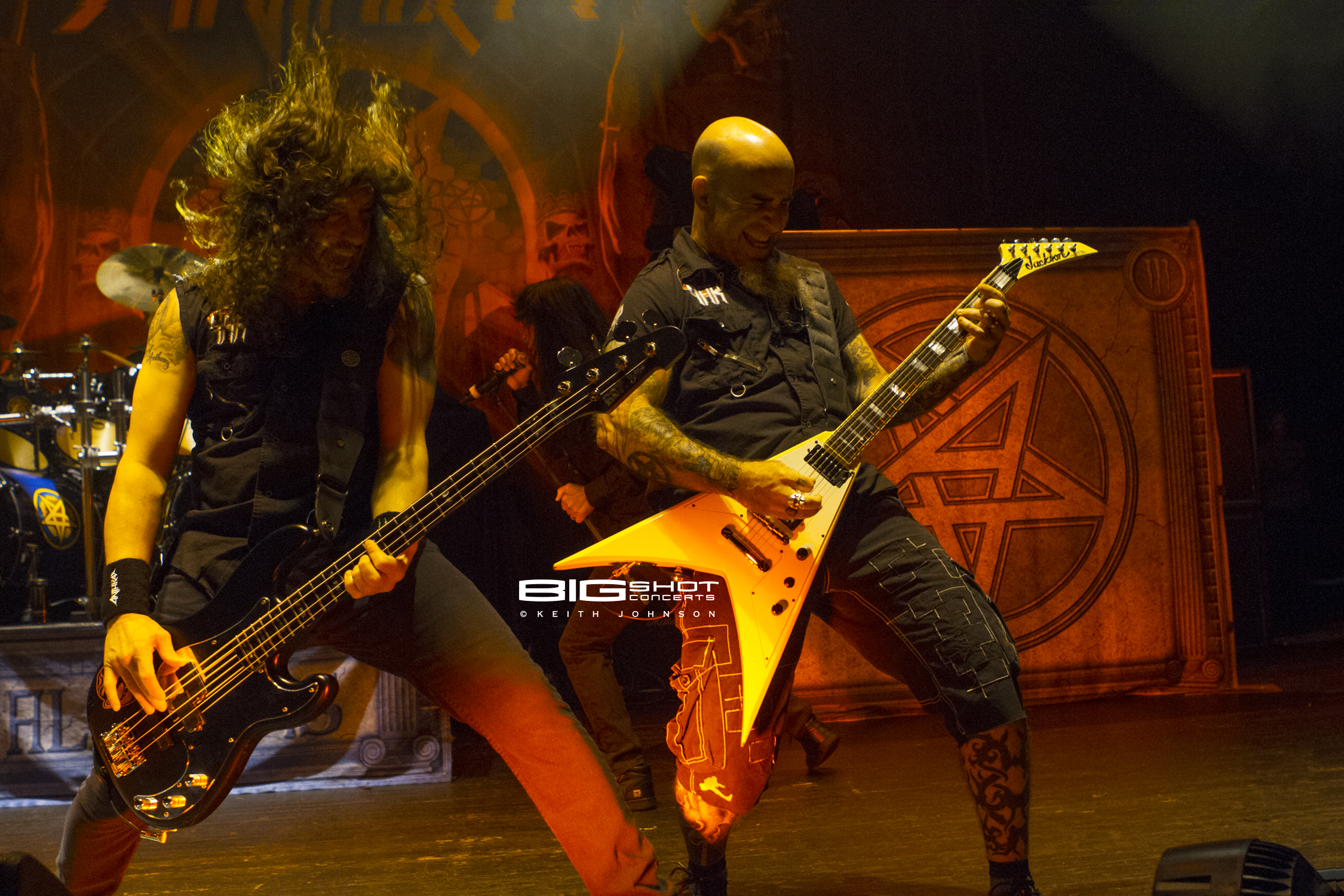 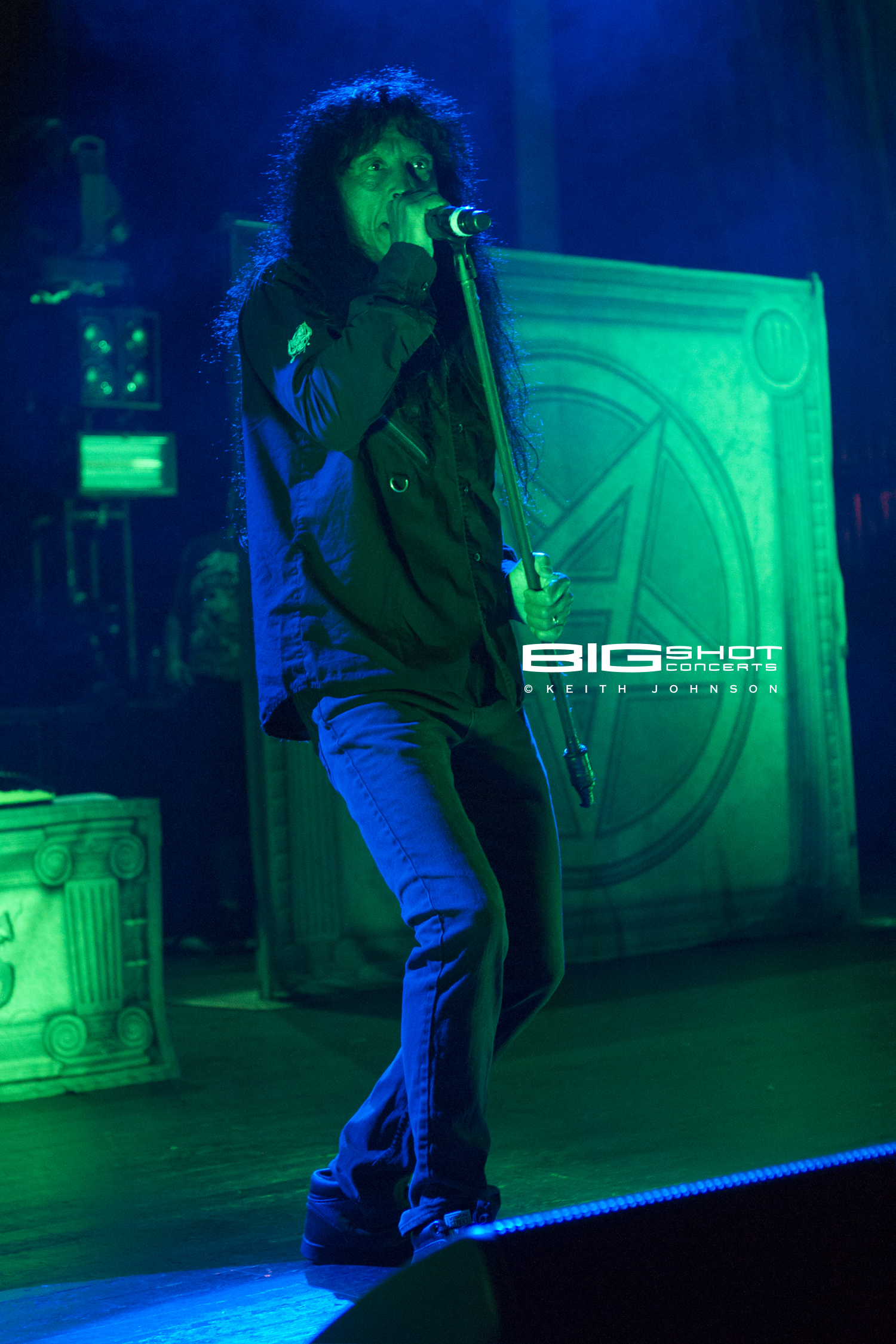 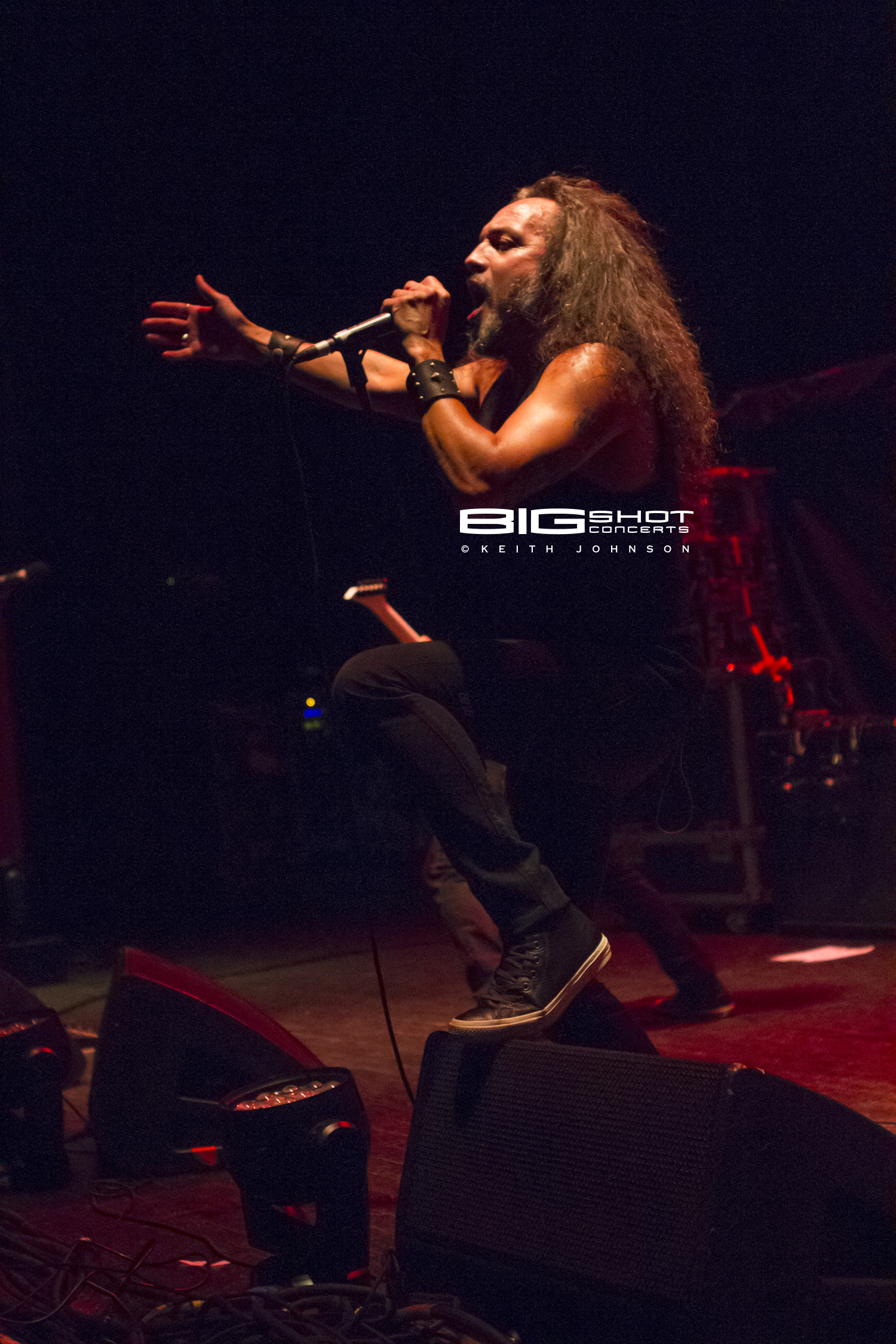 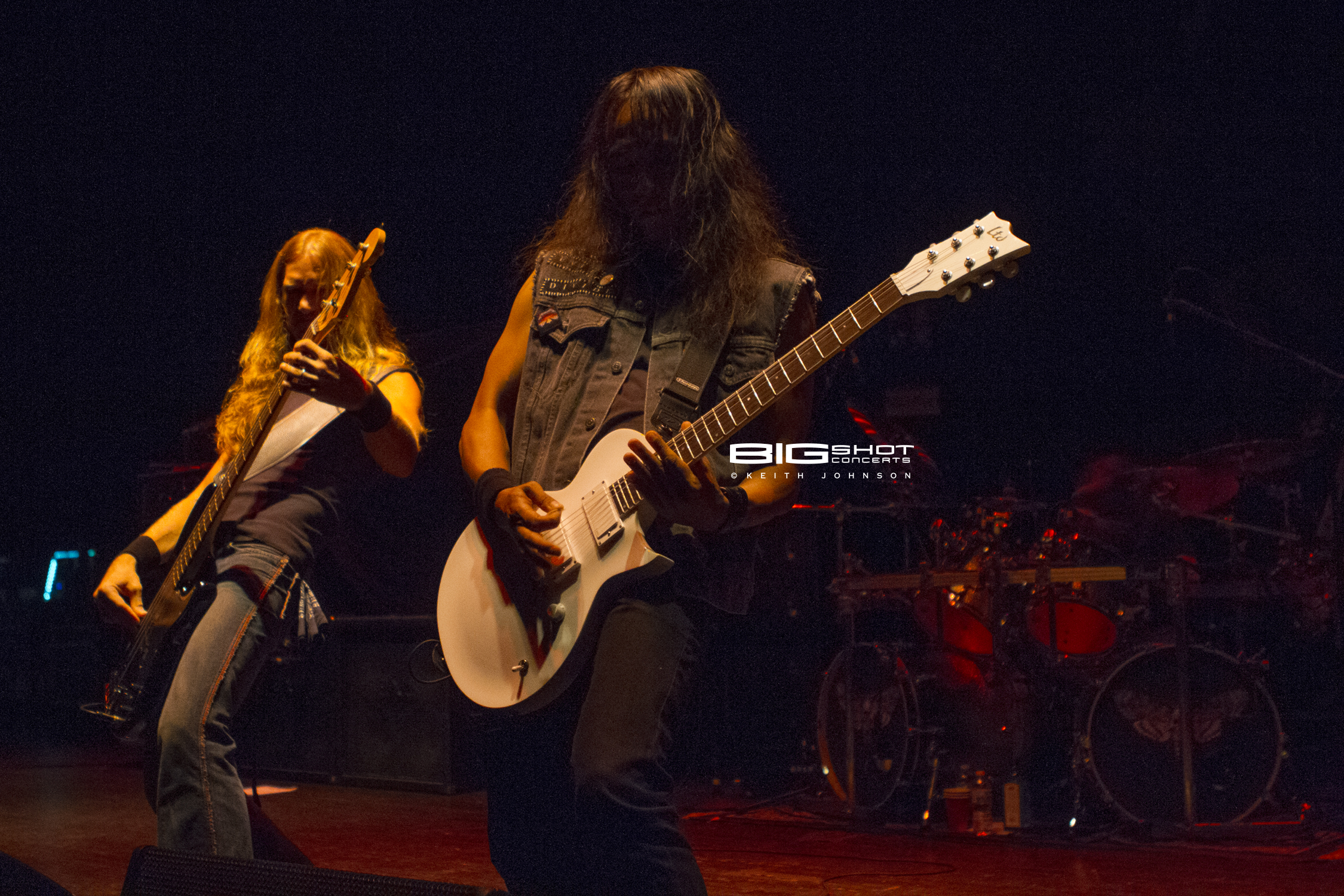 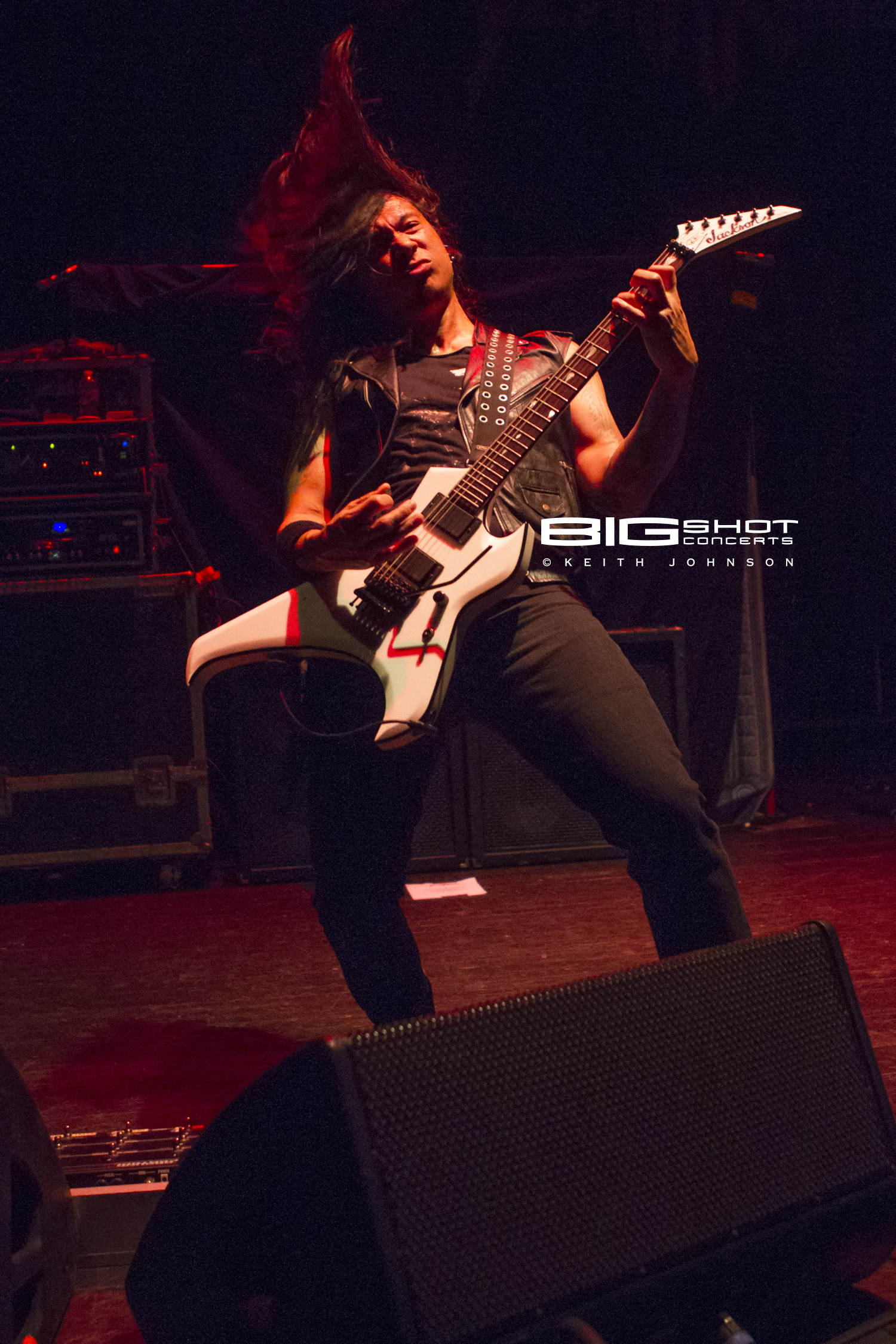