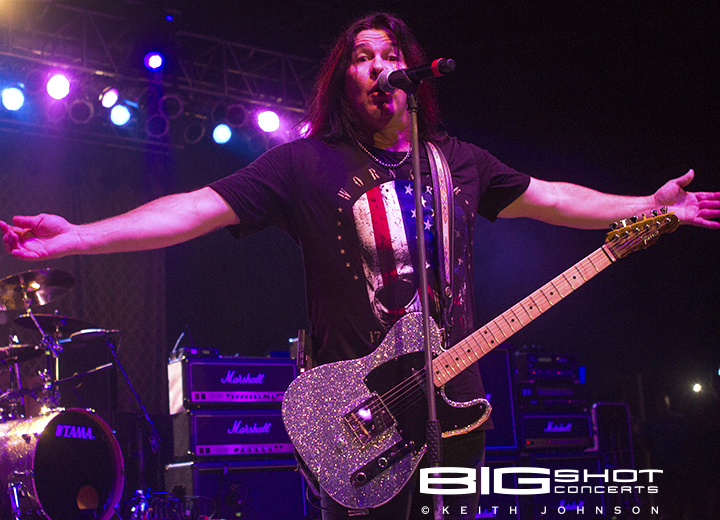 Slaughter proved to be a sure bet for a night of glam jams and heavy metal when the Sin City rockers rolled into the Pompano Beach Amphitheater.

Founding members Mark Slaughter (vocals/rhythm guitar) and Dana Strum (bass guitar/backing vocals), along with Jeff Blando (lead guitar) and Zoltan Chaney (drums and antics), teased their hair and took the fans back to the 80s through a fog of lingering Aqua-Net.

It’s clear that Mark Slaughter still relishes his role as a rock and roll frontman. He easily engaged the crowd and sang all the timeless tunes they came to hear. He also threw out plenty of guitar picks to his adoring fans.

Dana Strum has been with Slaughter from the beginning and still plays with all the intensity of a bass player on tour for the very first time. Like most guys from hair bands, he doesn’t just stand around and let the show happen around him — he creates the show as he plays to fire up the crowd.

Jeff Blando shred his guitar 1,000 different ways while getting up close and personal with Dana Strum and Mark Slaughter for a night of dual instrument playing that the fans really seemed to enjoy.

Every once in a while a musician goes beyond simply playing an instrument and entertaining the crowd. Such was the case with Slaughter’s drummer Zoltan Chaney. This talented timekeeper tossed his sticks high above his head multiple times throughout every song and never missed catching them — he also never missed a beat. Sometimes he twirled sticks in one hand, keeping the rhythm going with the other hand. Sometimes he twirled sticks in both hands, and just used his feet to play the kick drum, snare and crash cymbals. He also stood up and played behind his back, left his seat to run in front and play facing his kit and gave sticks to his bandmates so they could throw them at him. He caught those, too, playing with three or four sticks in each hand. He even kept a drumstick in his mouth for reserve. About the only time Zoltan Chaney didn’t use his sticks was when he took one of his cymbals off its stand to bash the drums and other cymbals with it.

Whether the guys in the band stay up all night or fly to the angels, a Slaughter concert will always stick it to ya good. 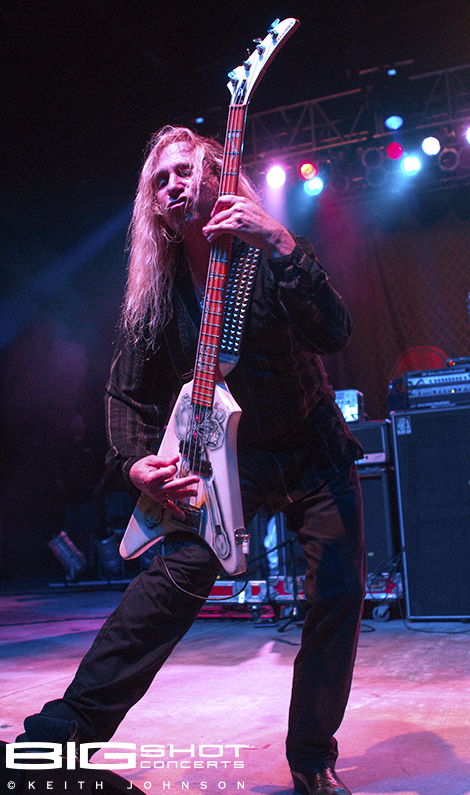 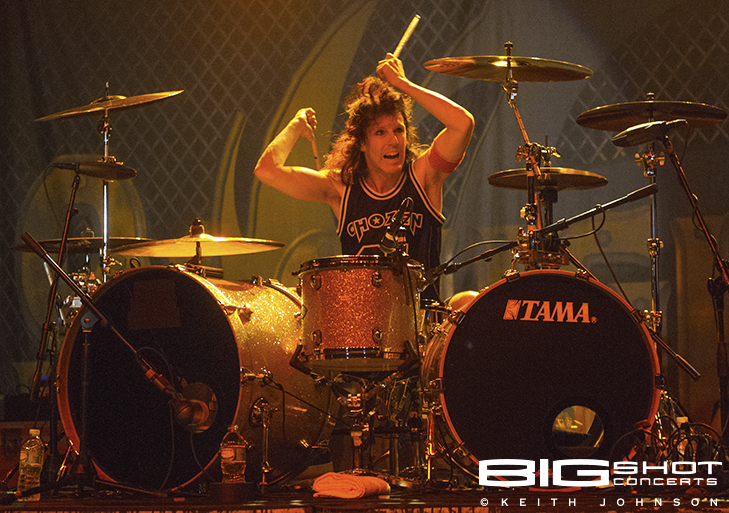 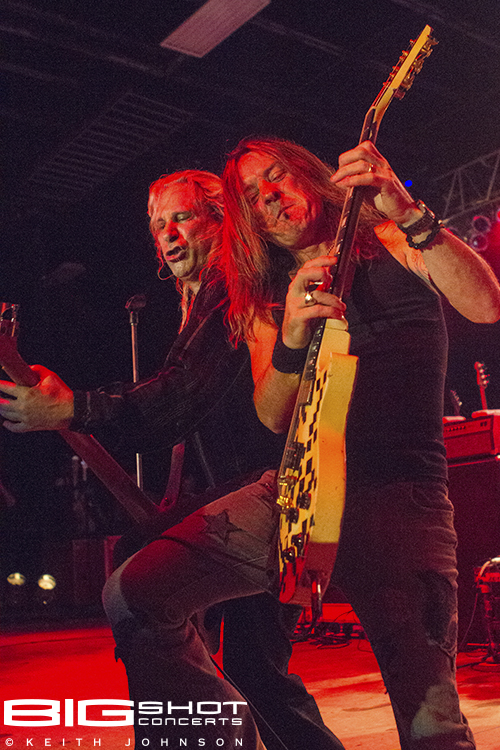 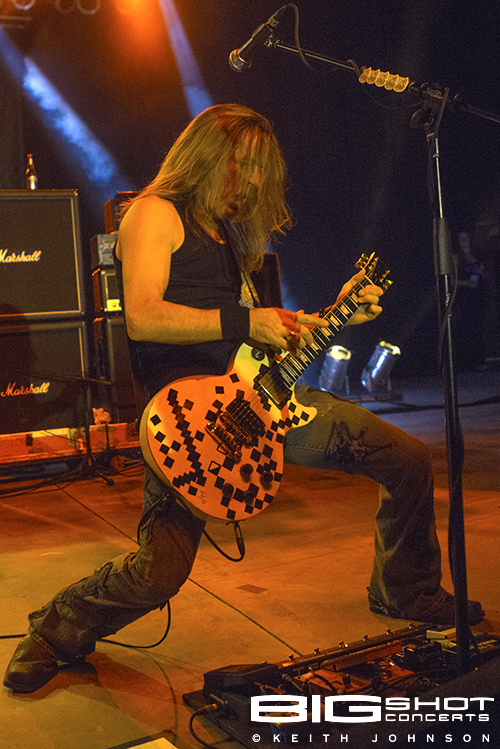 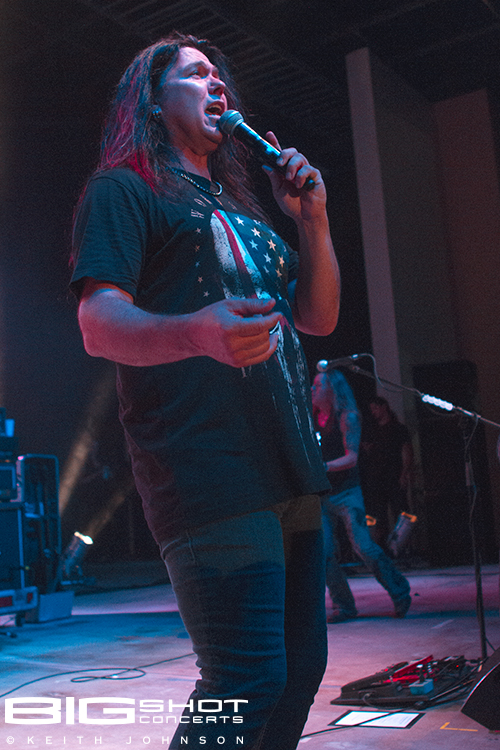 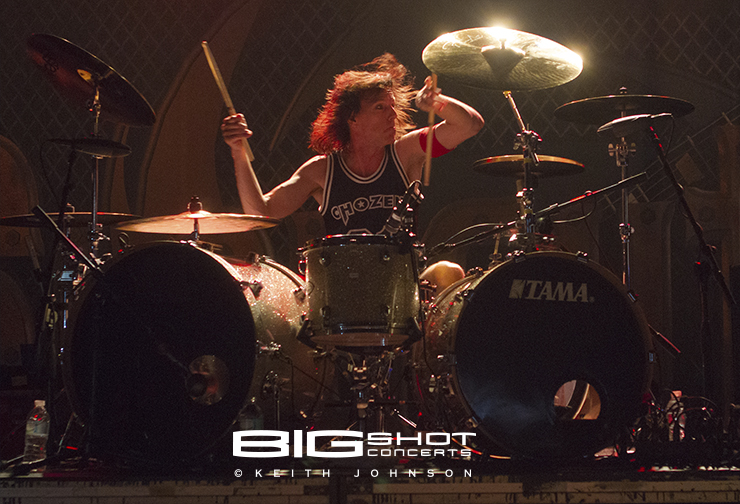 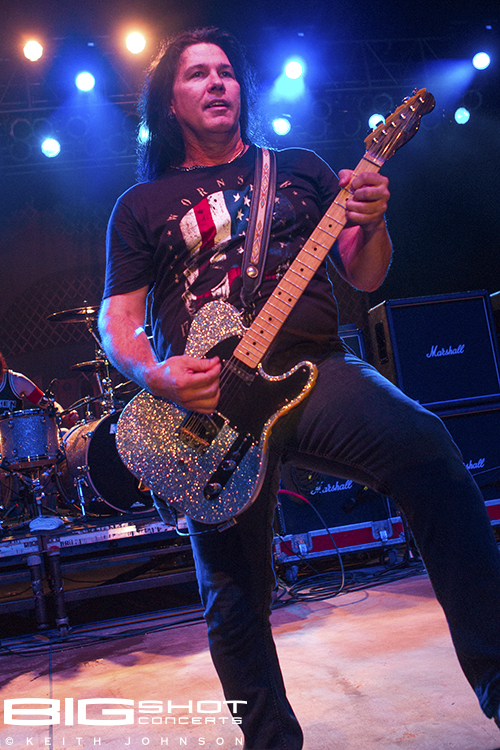 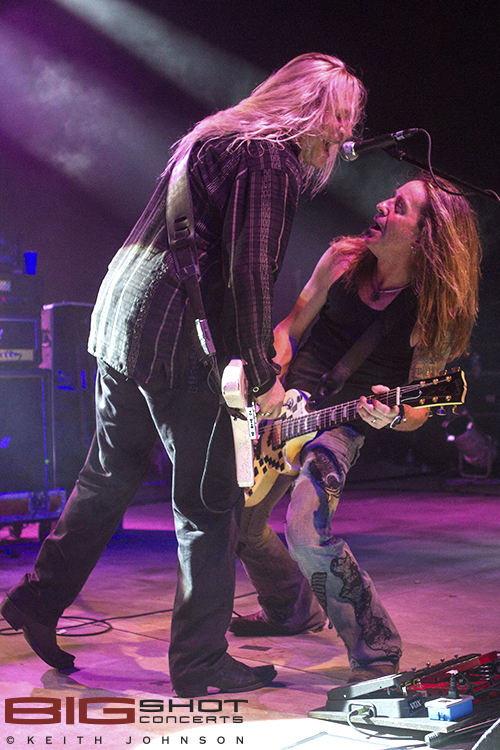 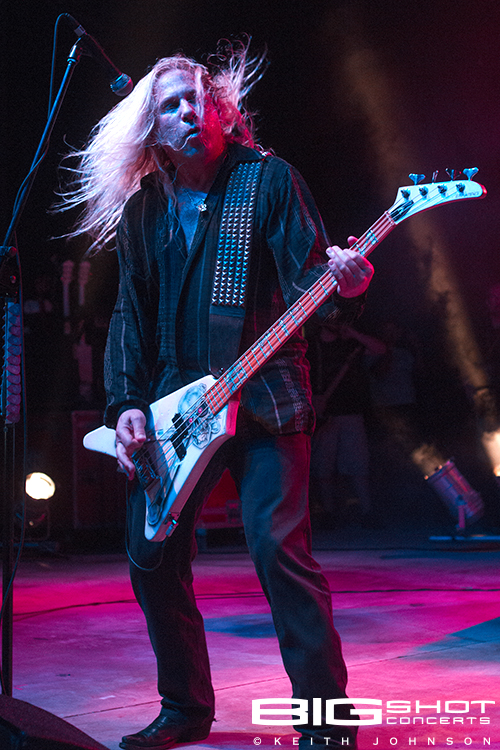 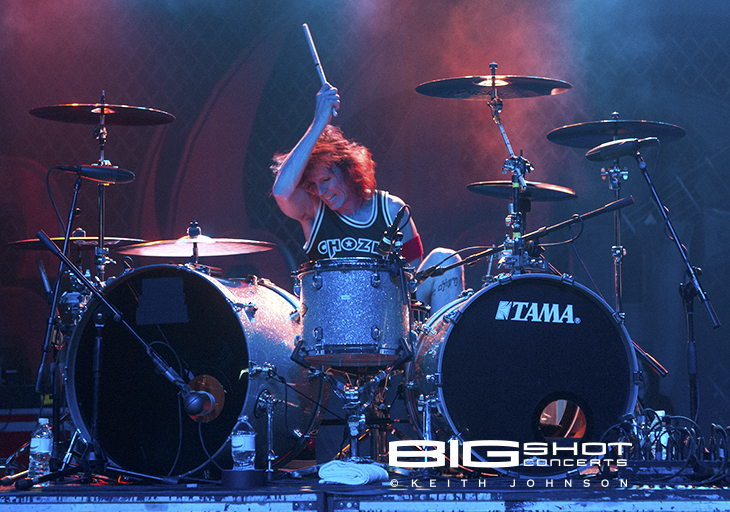 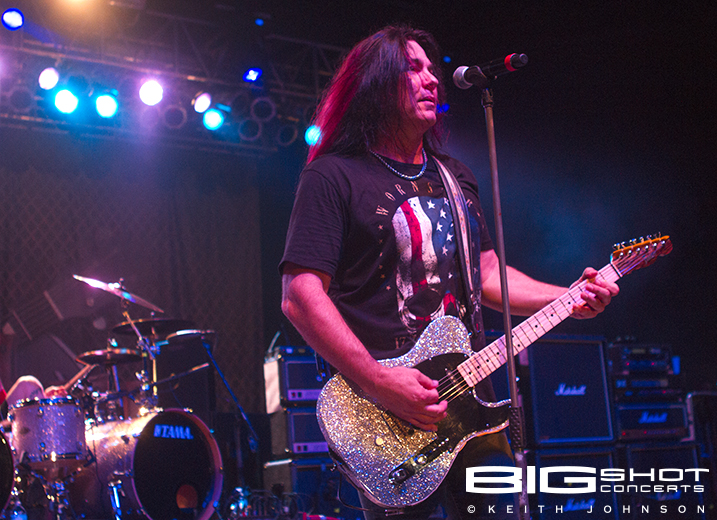 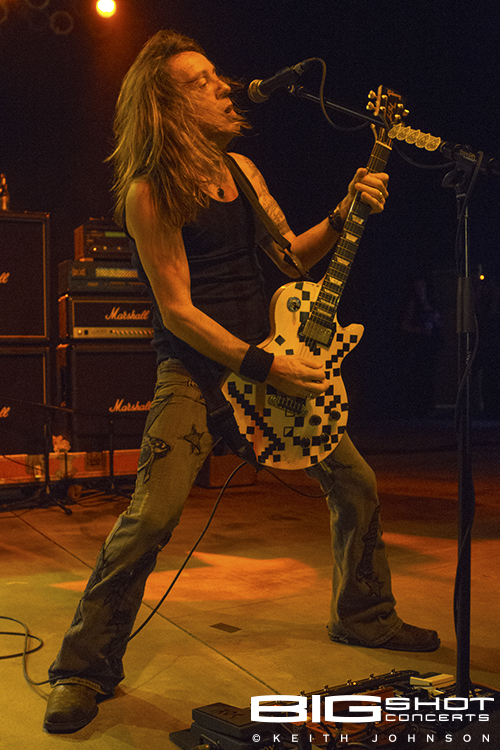 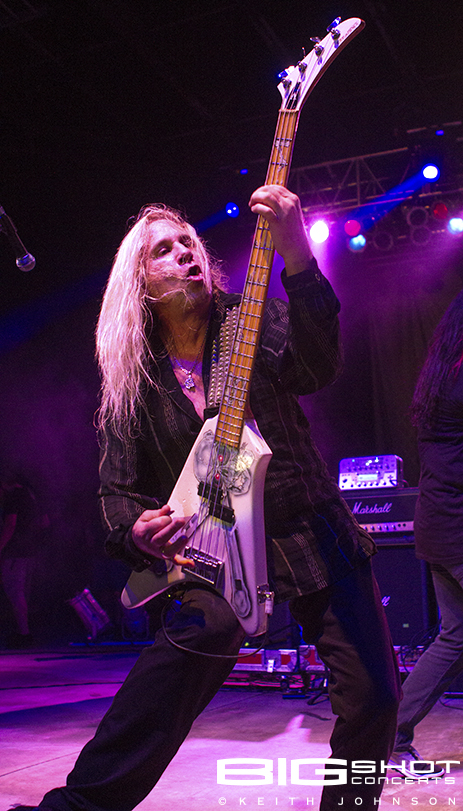 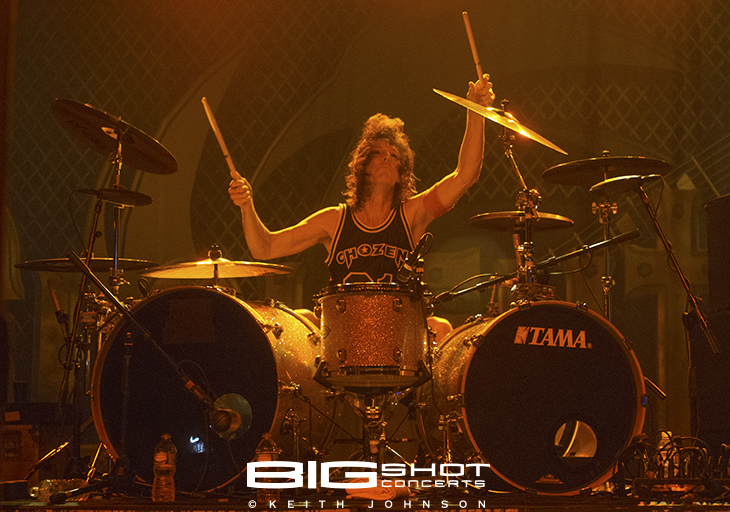 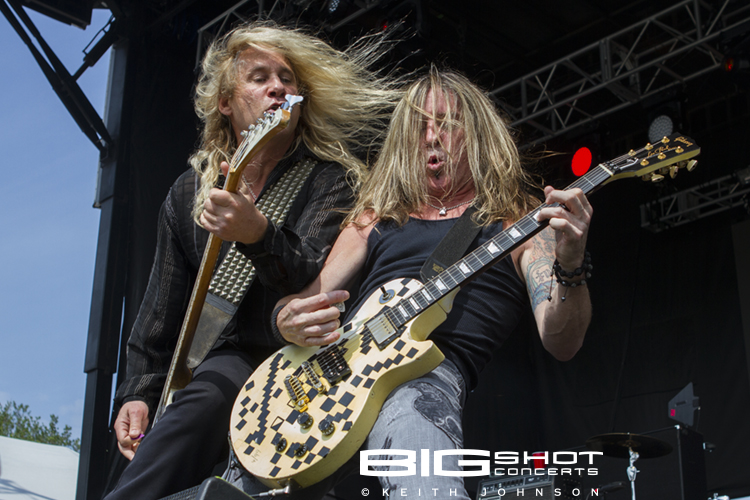