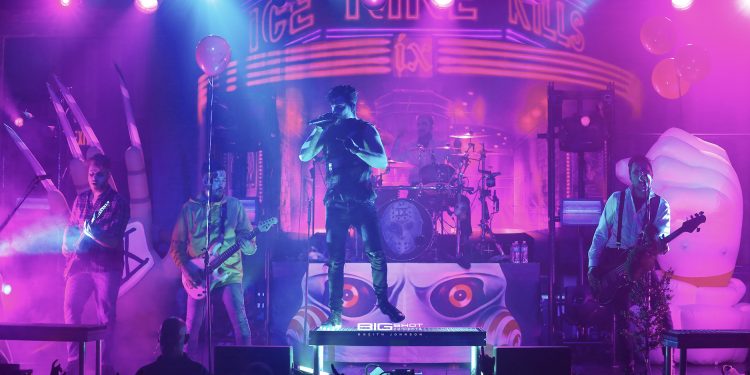 Out on the road in support of The Silver Scream, the Boston-based band played tunes written about some of the biggest horror films ever produced. From start to finish, the concert was theatrical event with a soundtrack by talented musicians.

All eyes were on Spencer Charnas who starred as vocalist in a leading role. During his performance, the singer took on the personas of Jason Voorhees, Fredy Krueger, Michael Myers, Leatherface and others. Listening to the horror-inspired lyrics easily conjured up images from fright films like Friday the 13th, A Nightmare on Elm Street, Halloween, The Texas Chainsaw Massacre and Jaws.

Fans attending the sold-out show got to see Ice Nine Kills at their best. Adrenaline was pumping as Spencer Charnas wielded axes, chains saws and machetes. And those wishing to rock the boat were able to reel in a great white shark from the safety of the mosh pit. The band’s penchant for showmanship shined as they delivered a scary good live concert experience.

Fit for a King, Light the Torch and Awake at Last were also on the bill as opening acts. 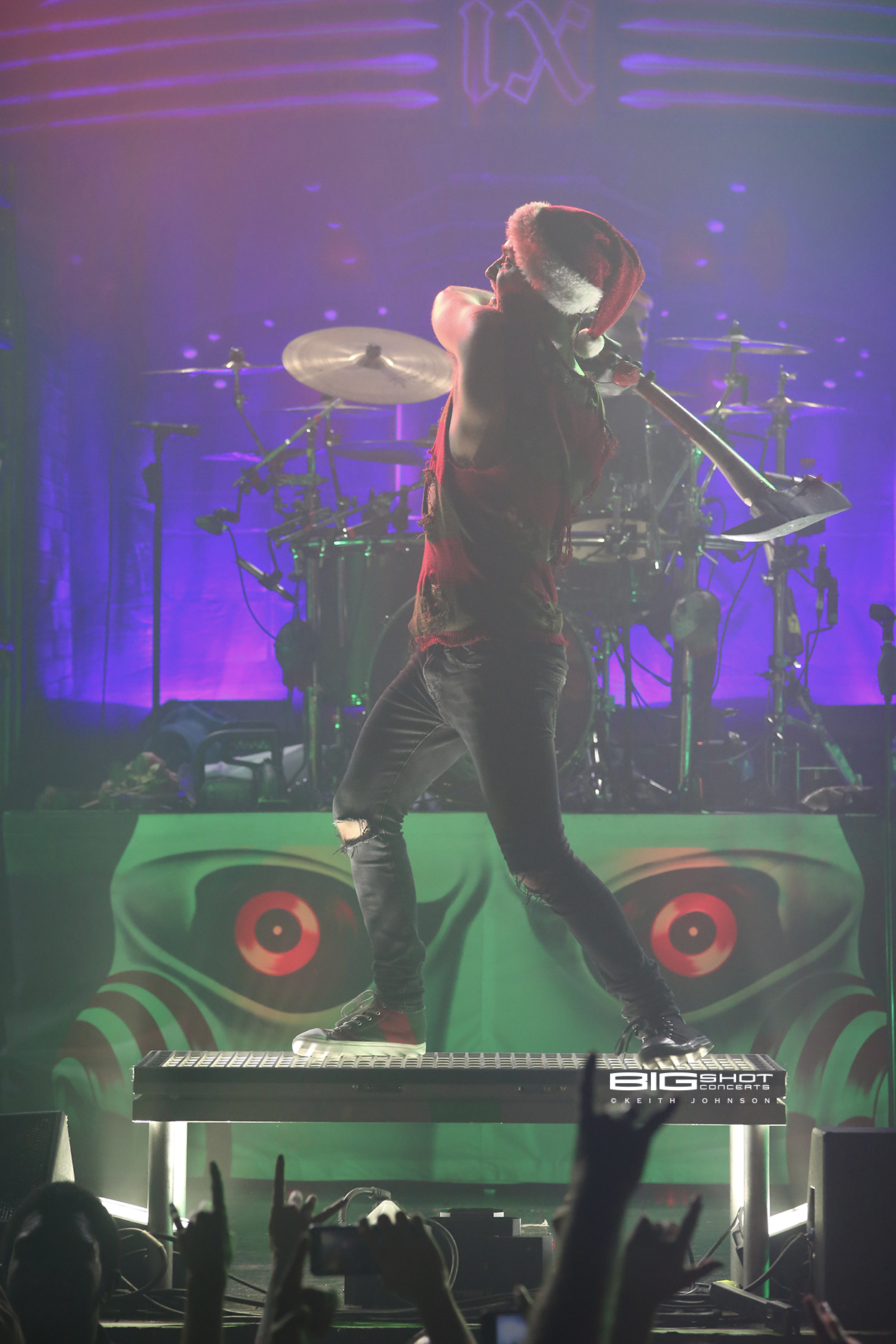 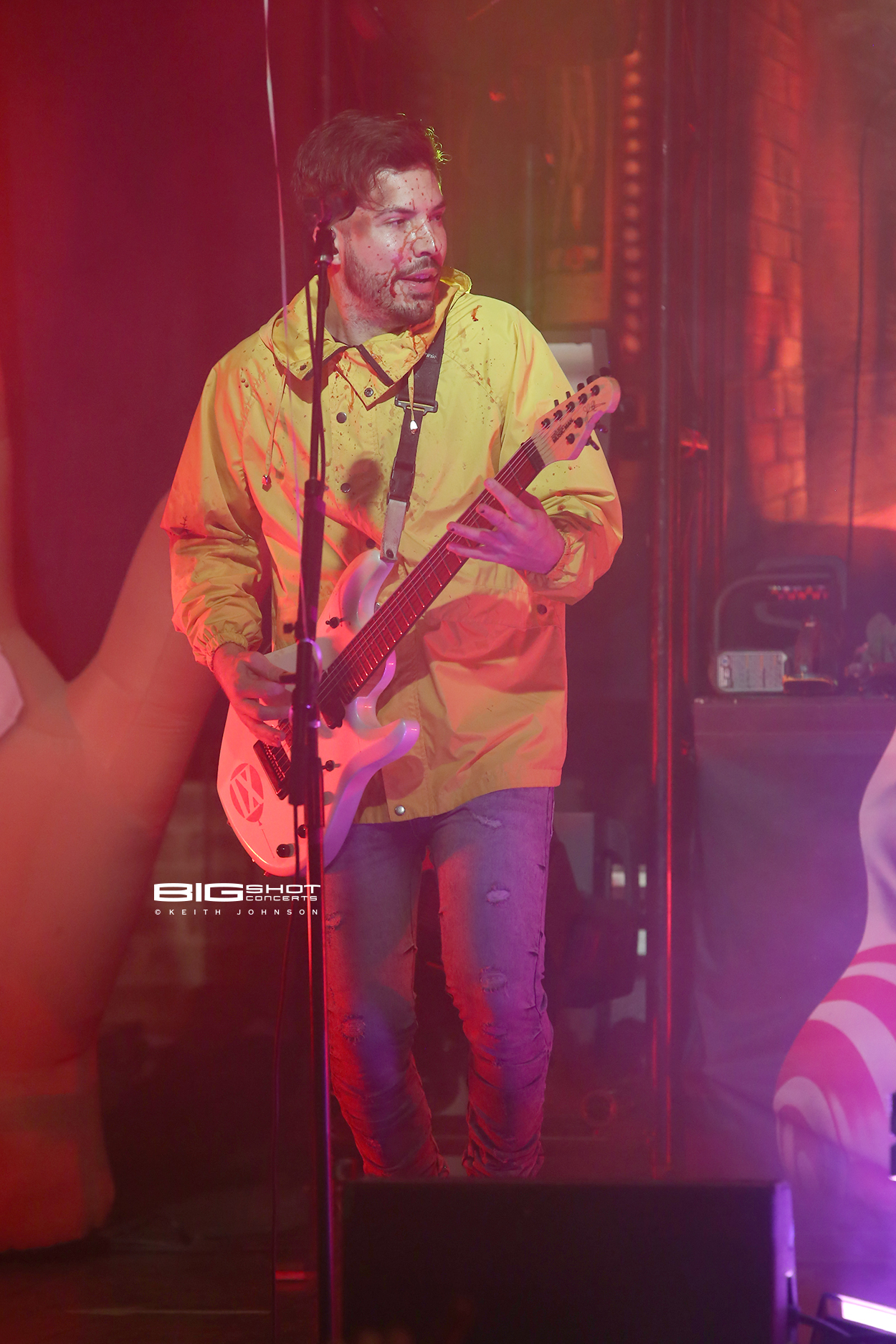 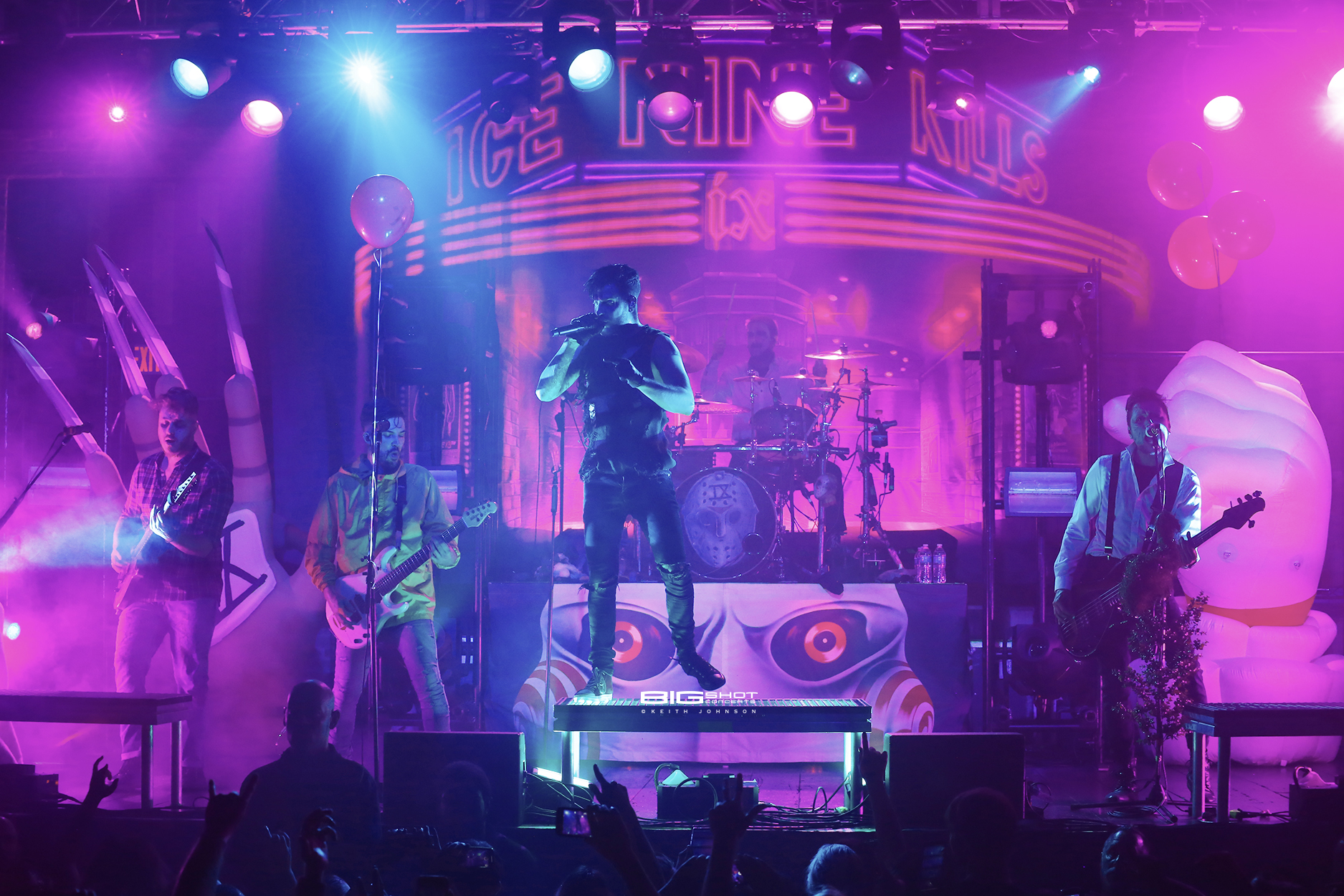 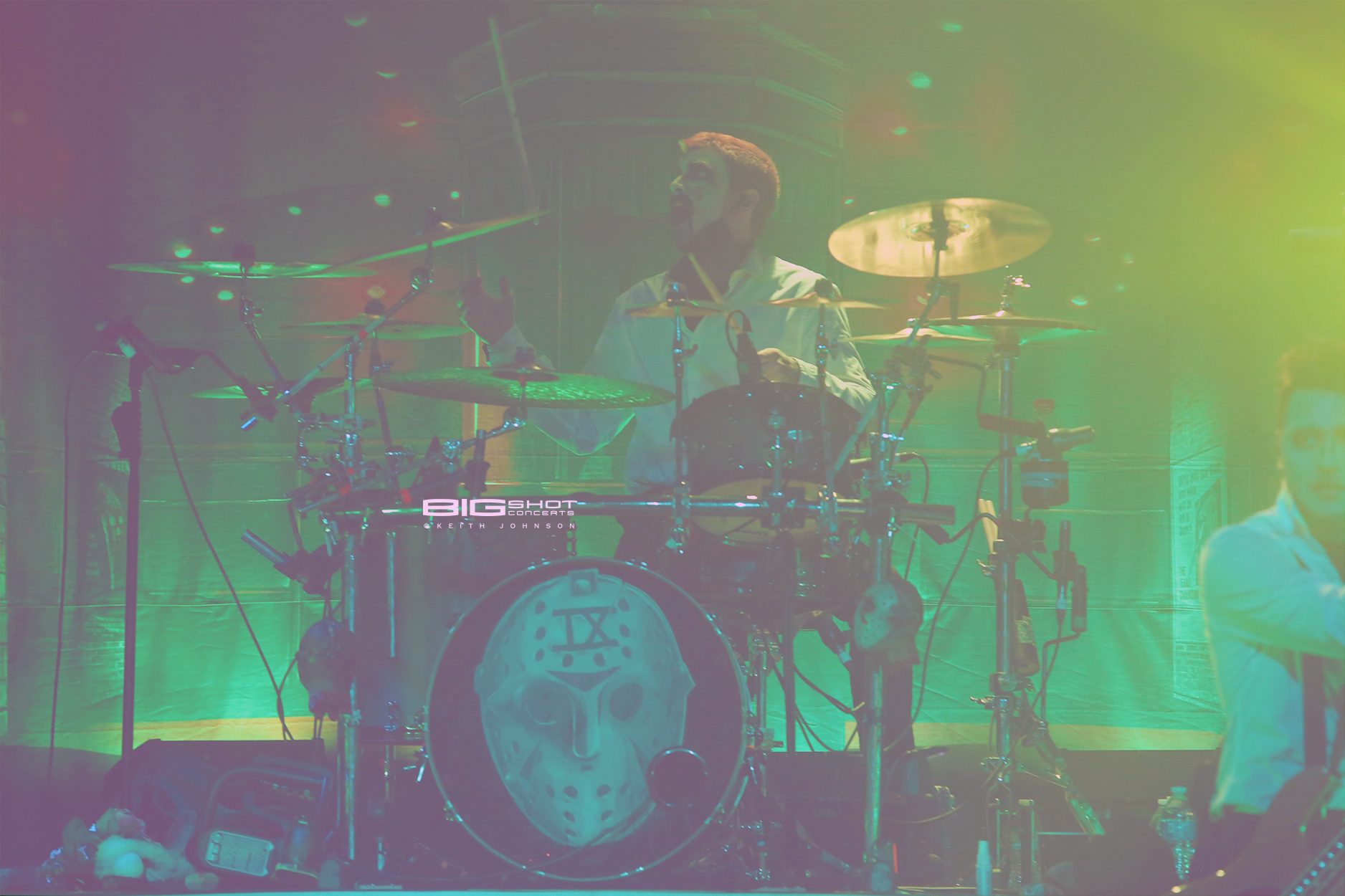 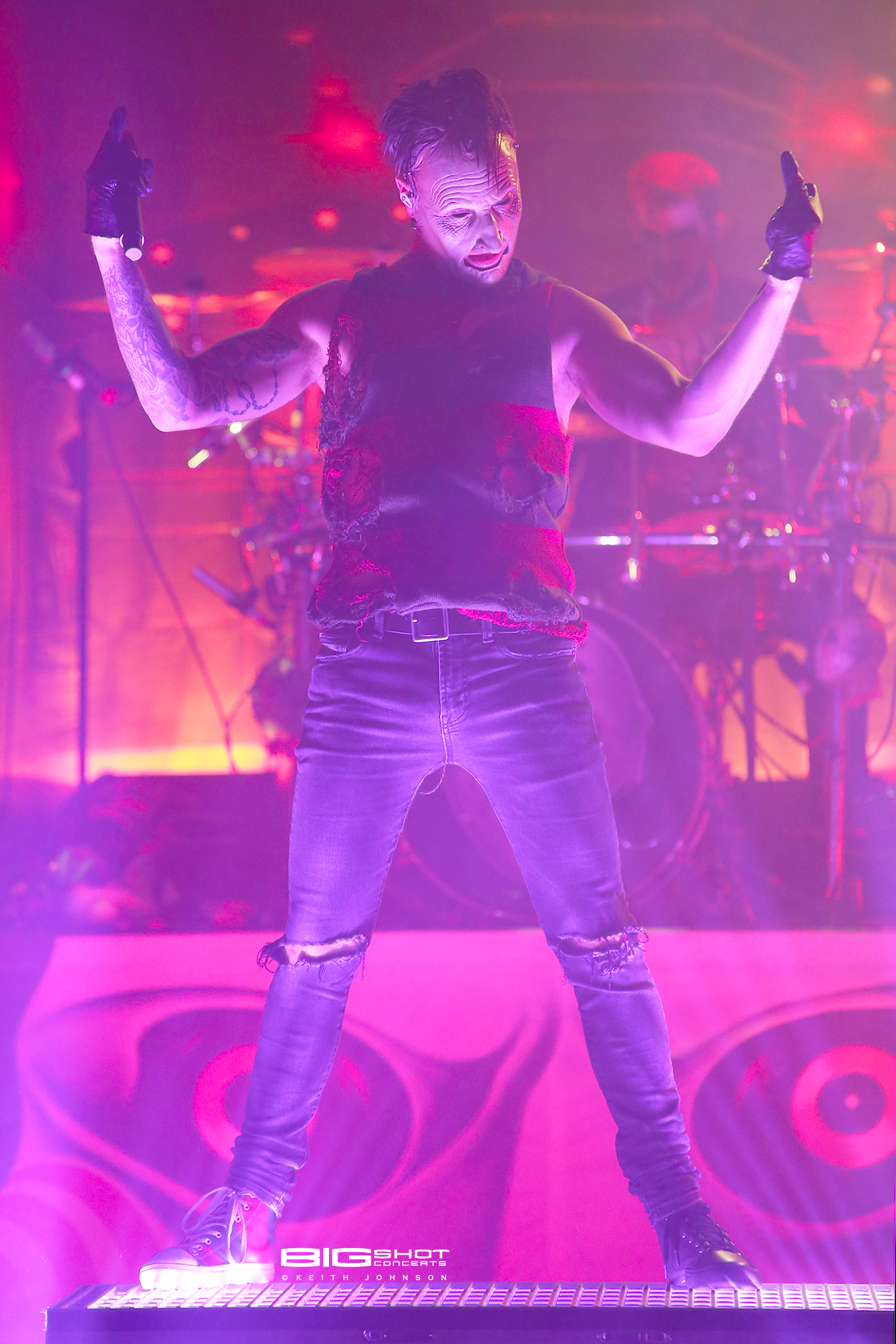 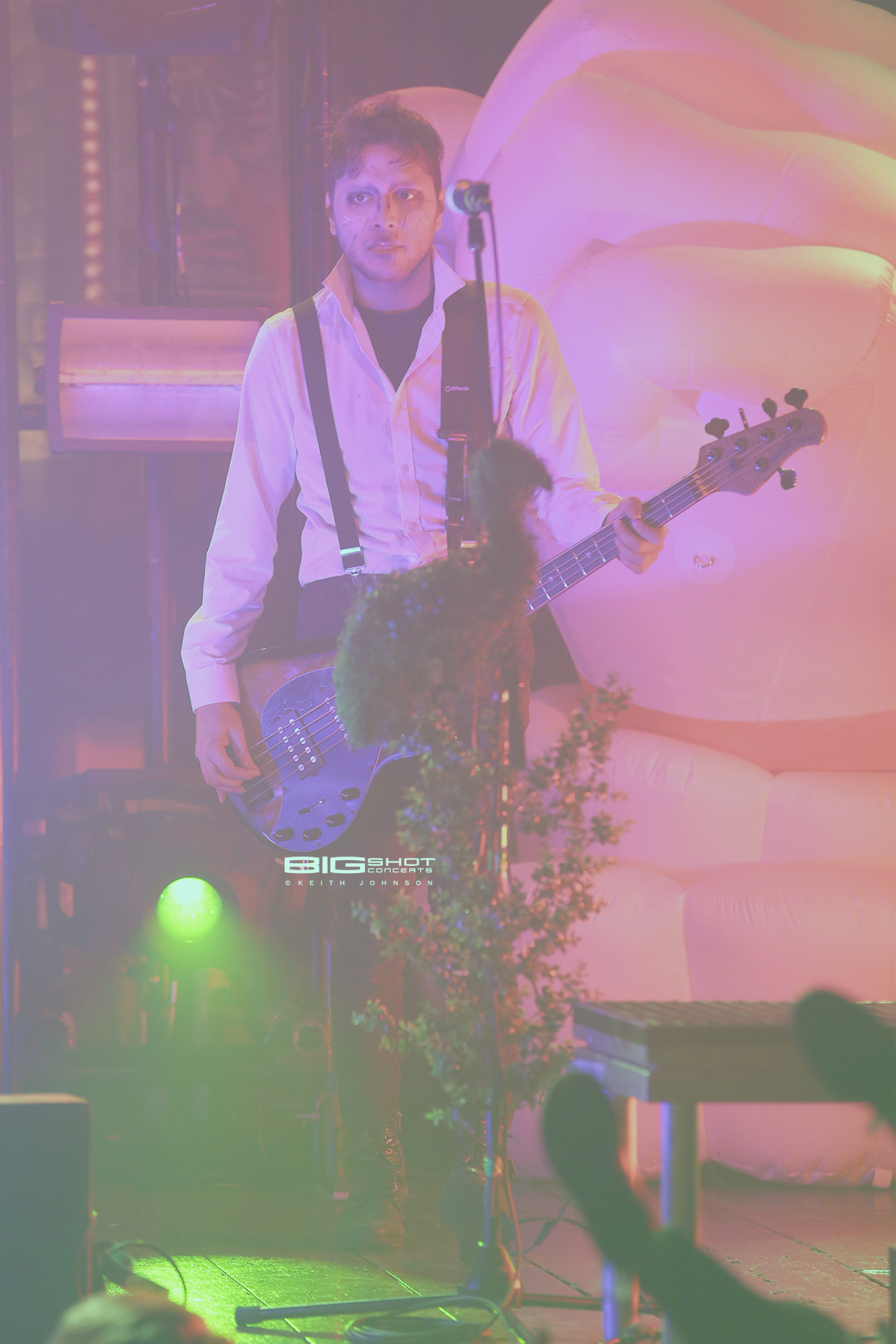 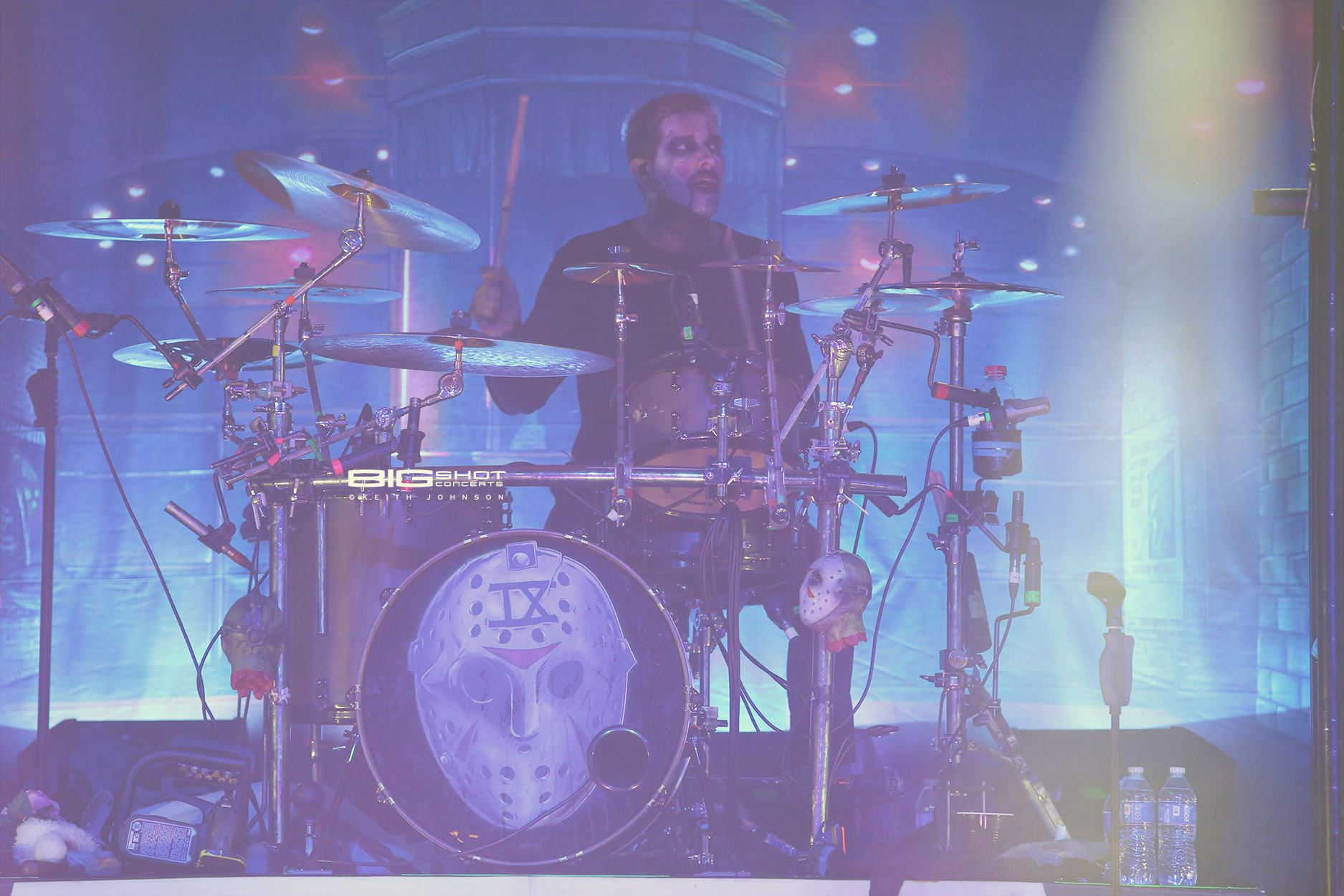 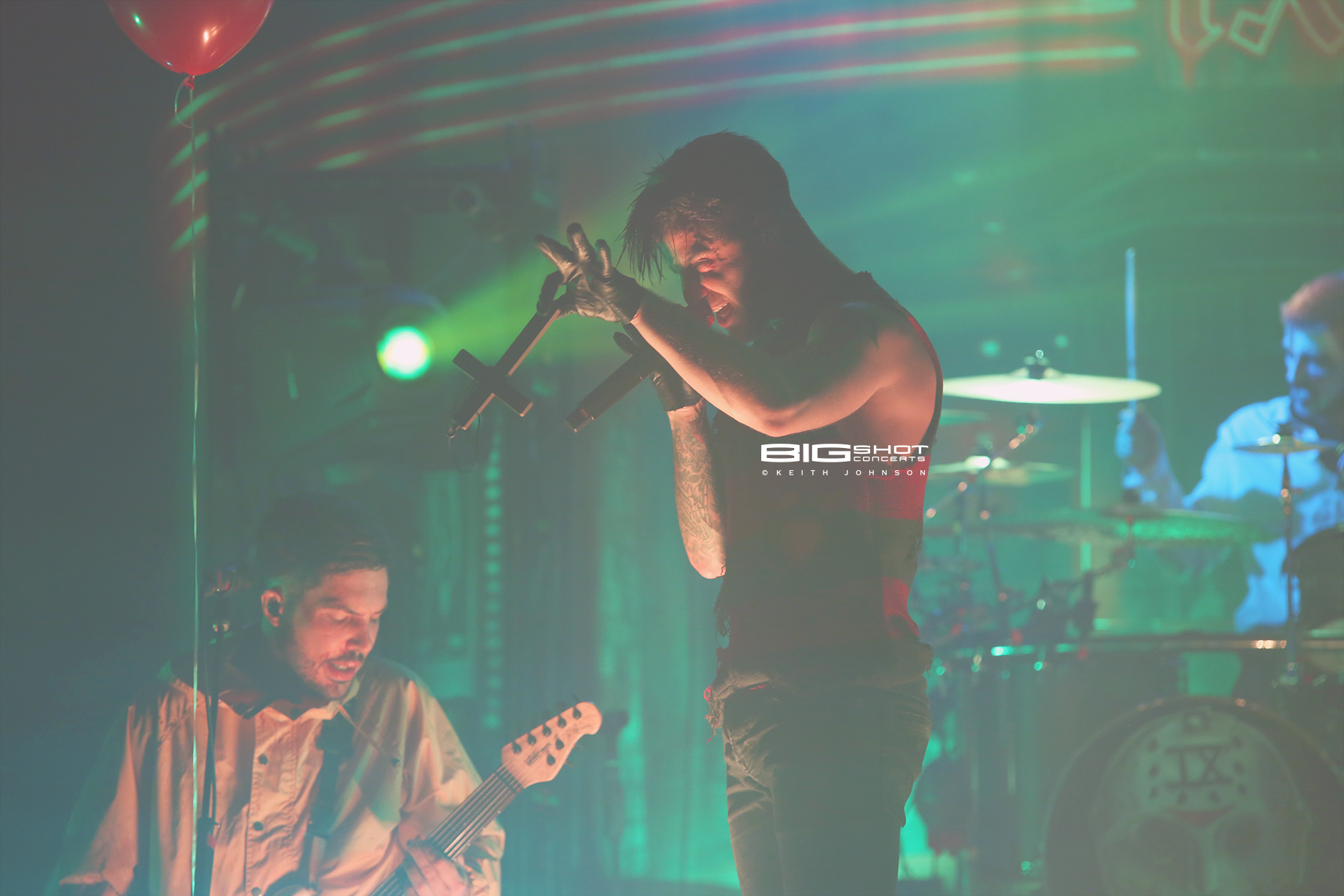 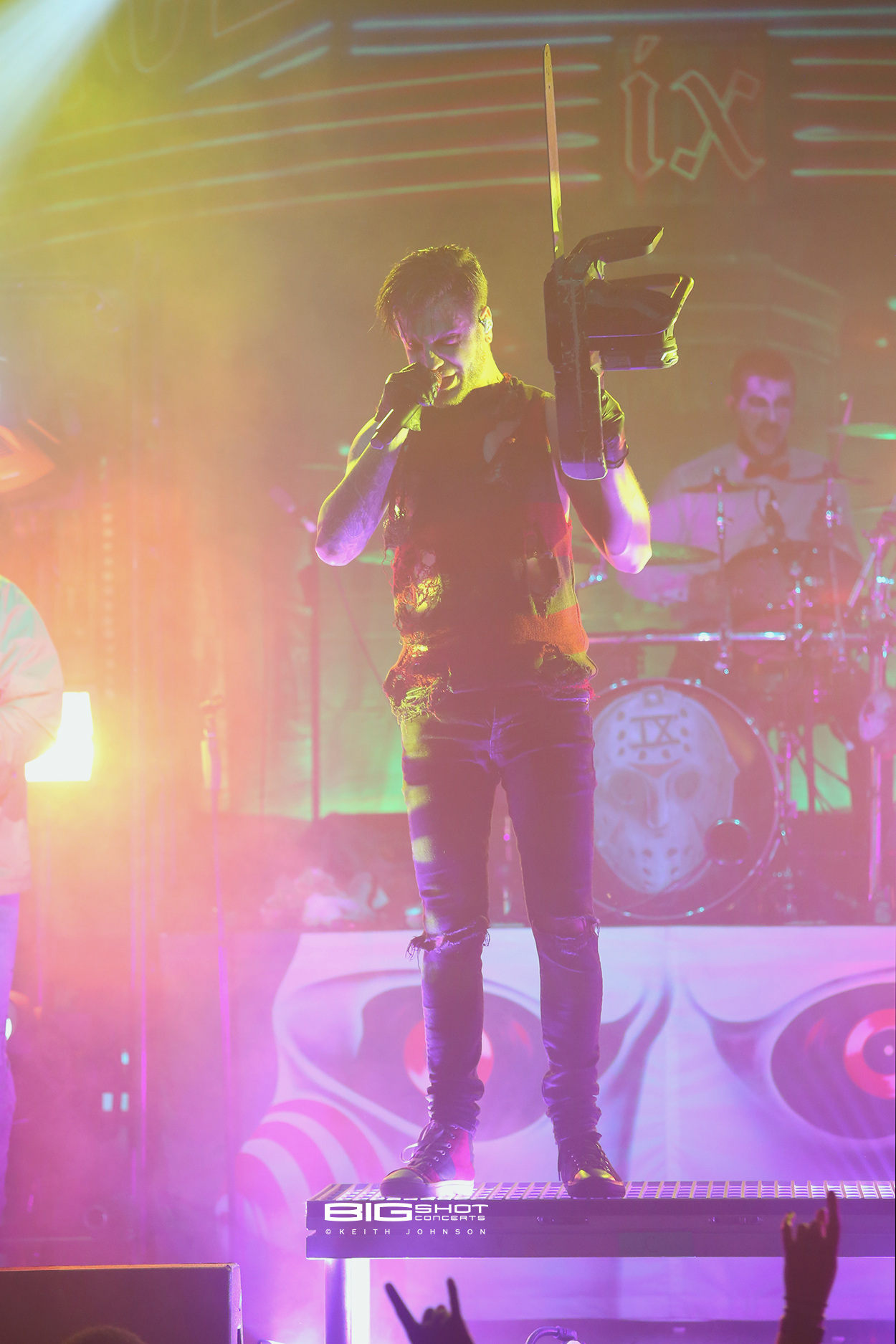 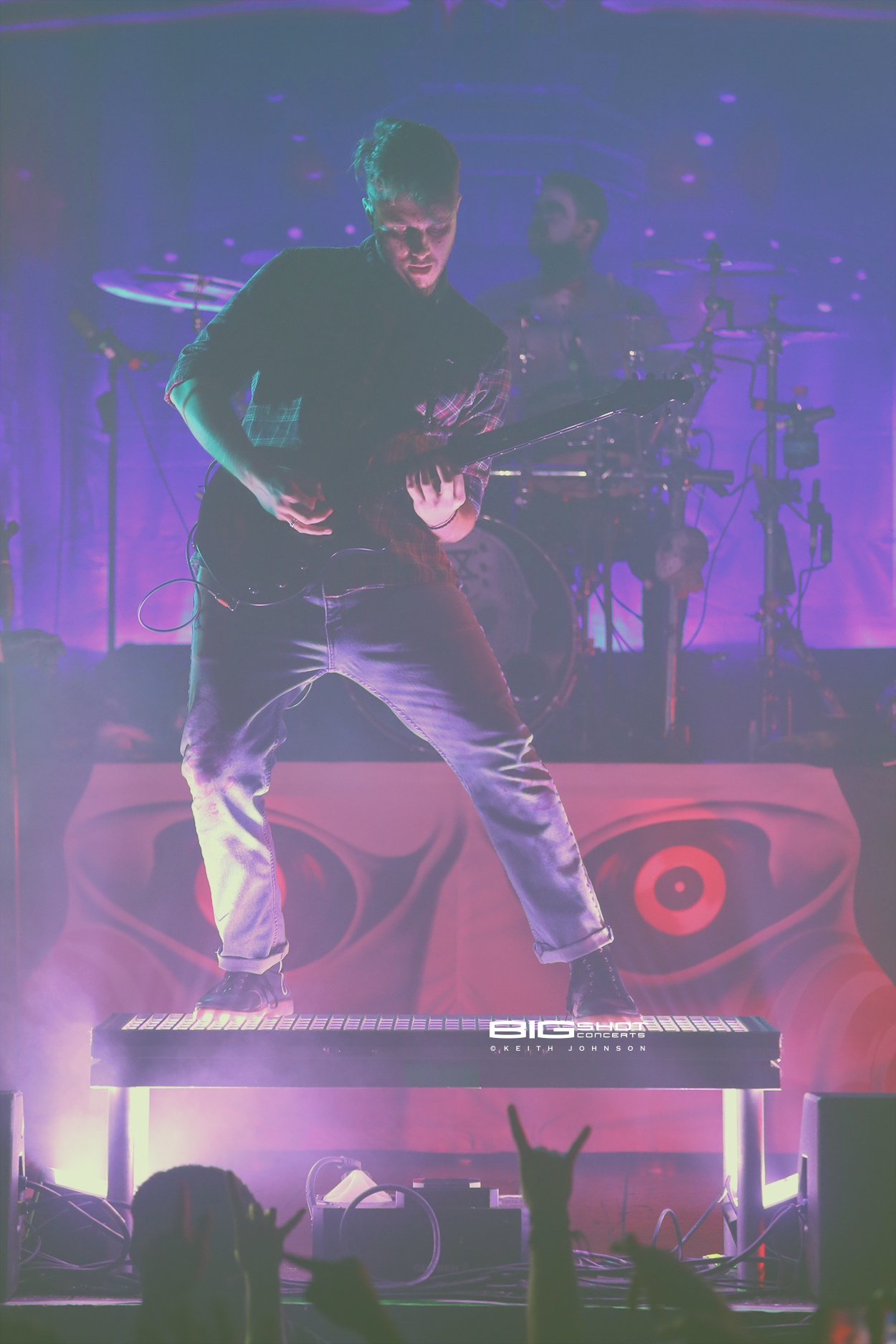 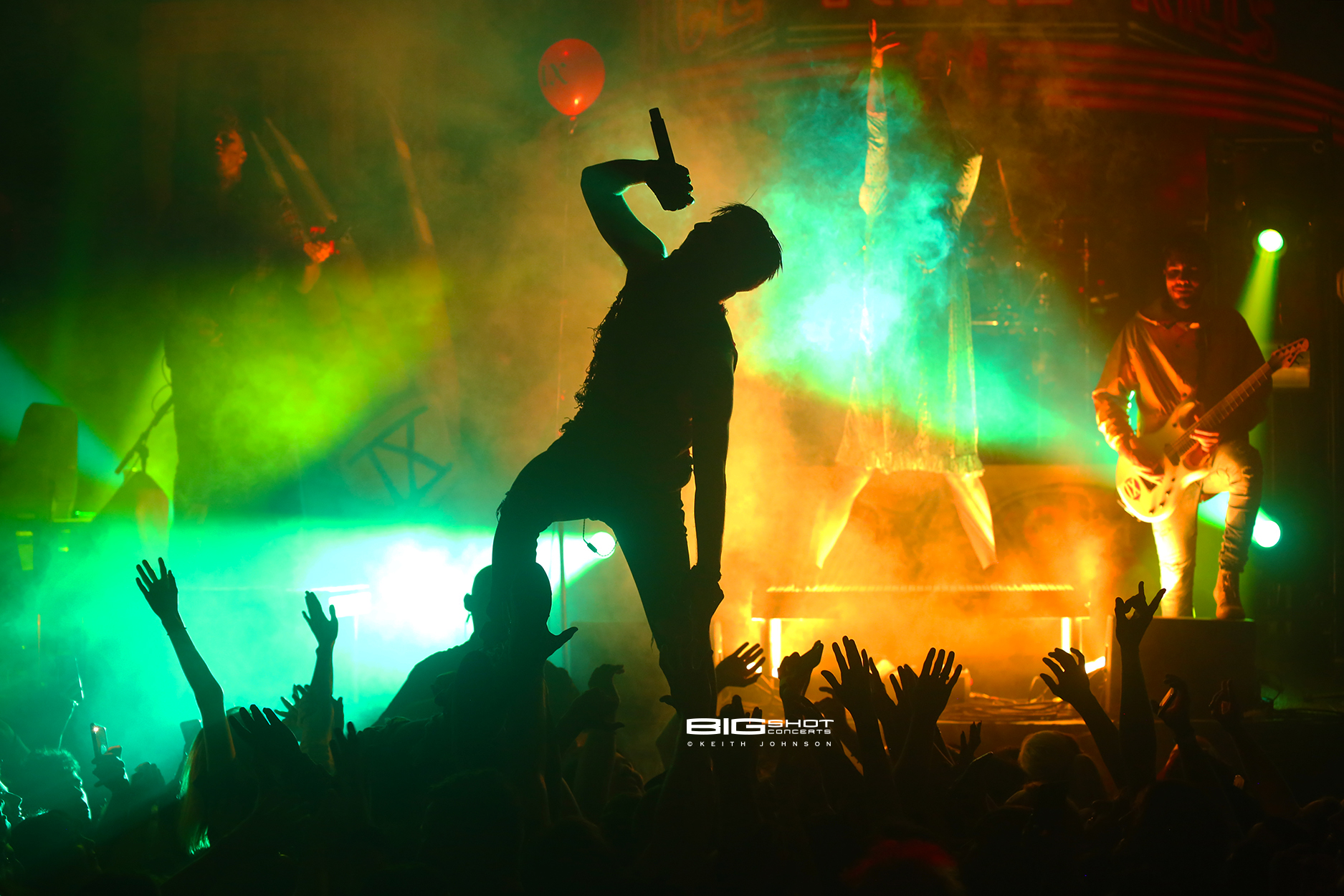 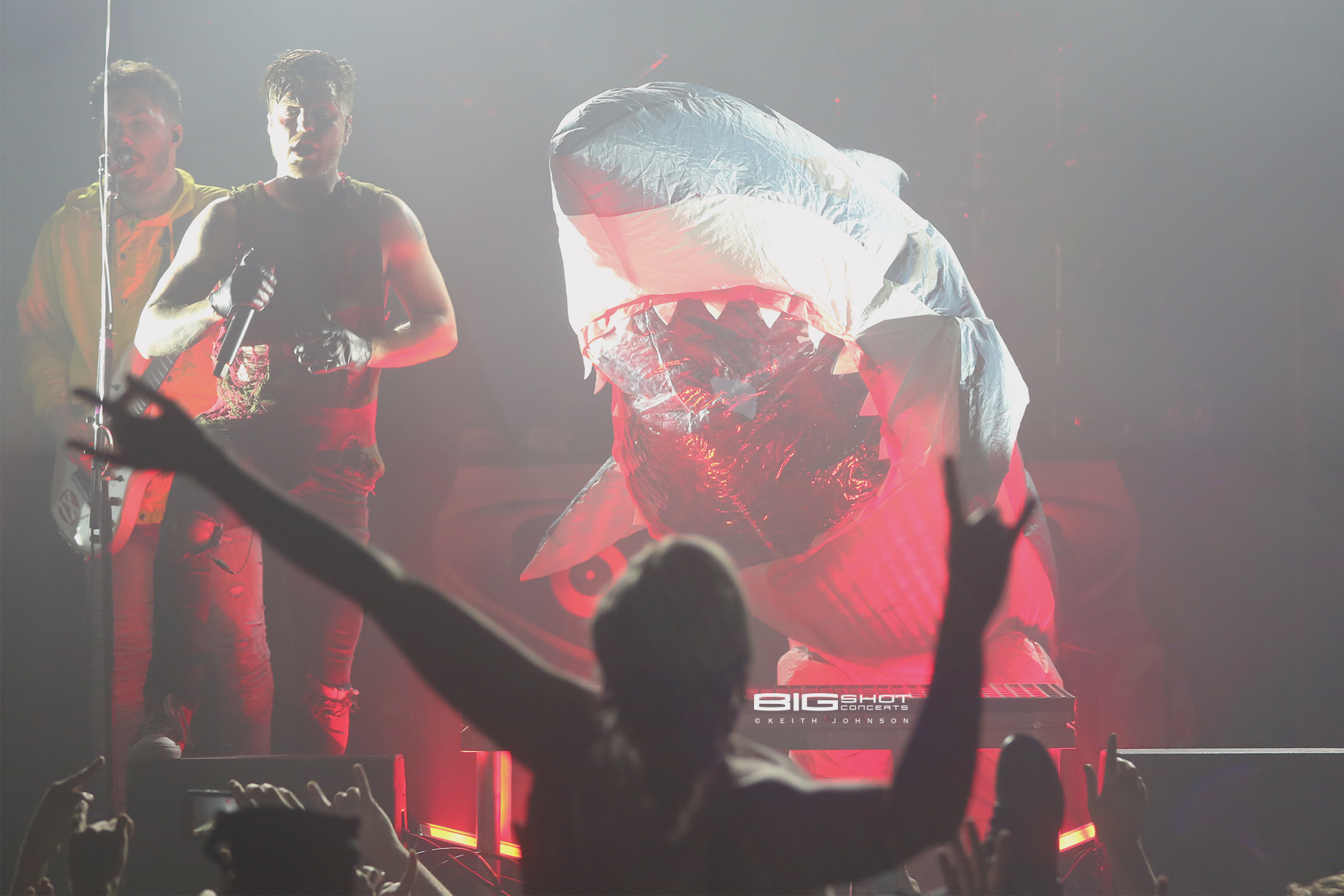 JAWS-Themed Song from The Silver Scream 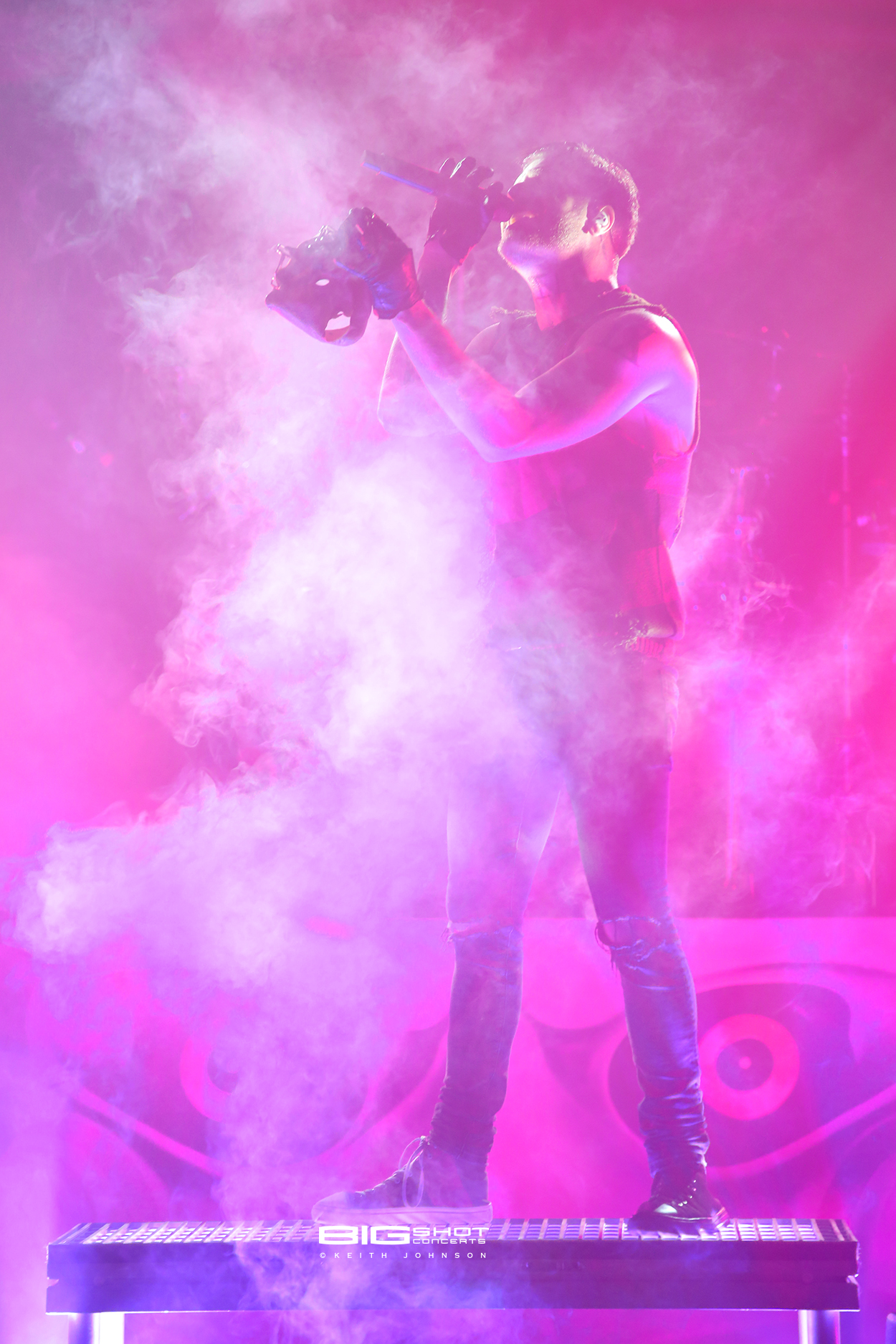 Spencer Charnas performs in a cloud of smoke. 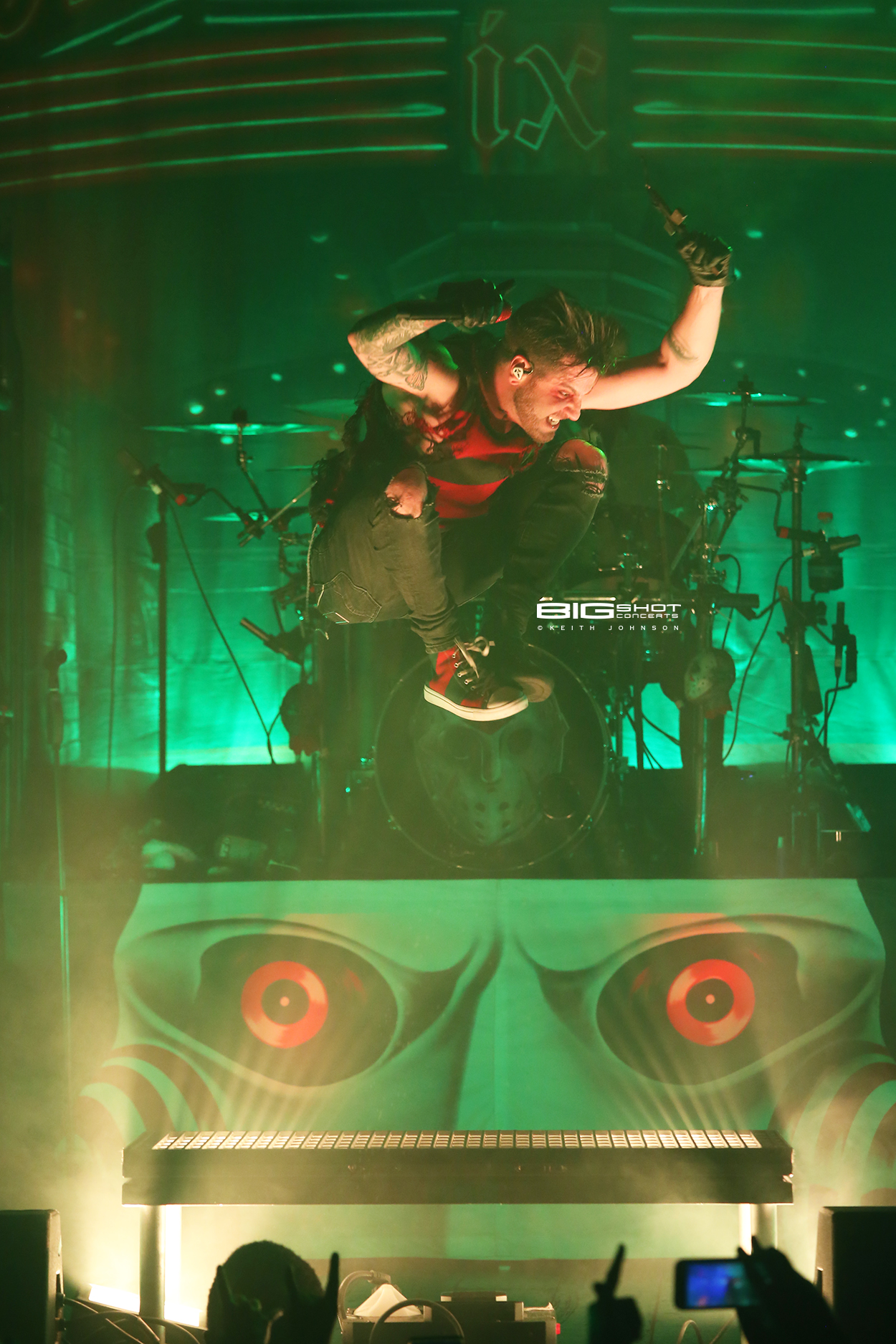 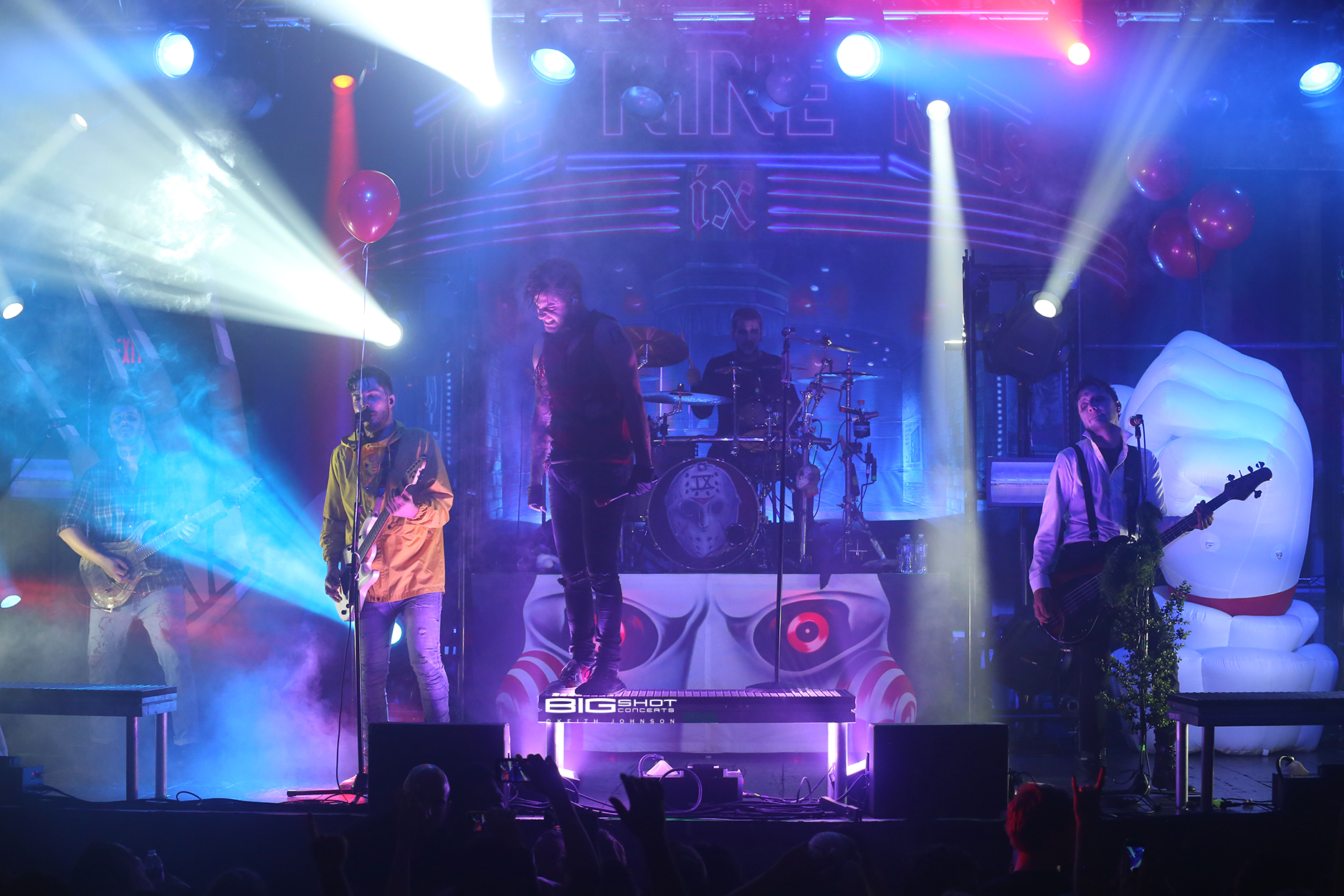 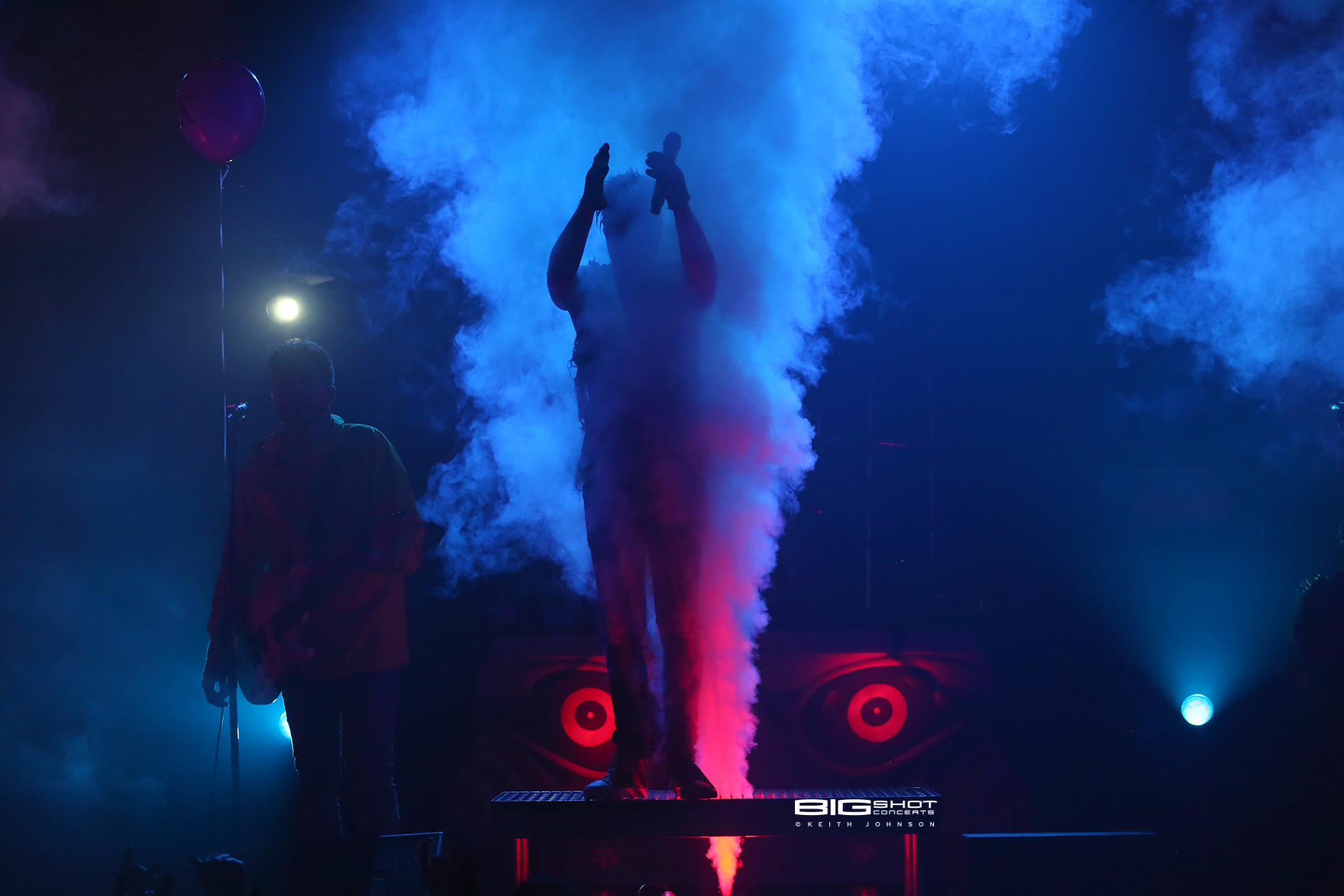 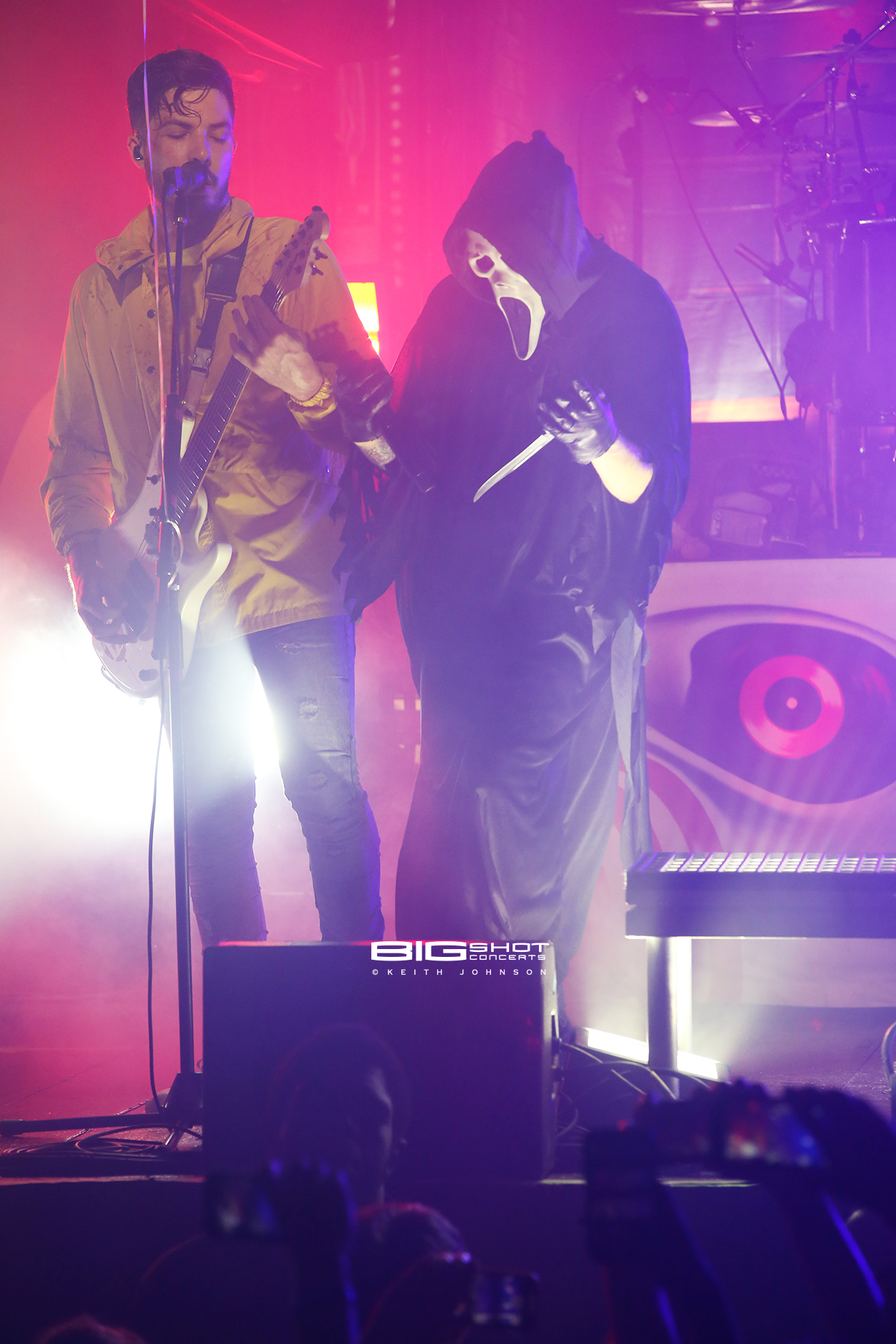 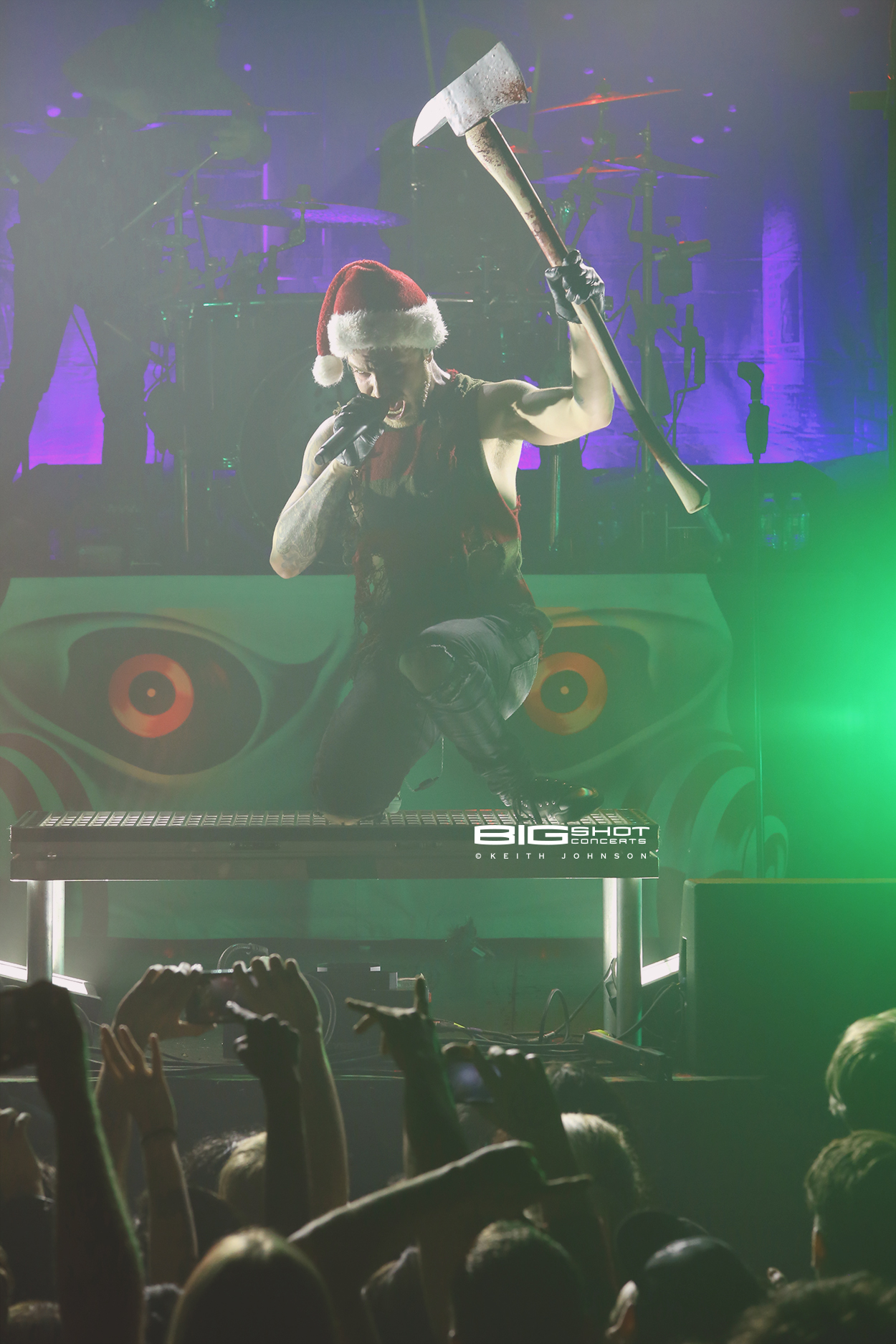