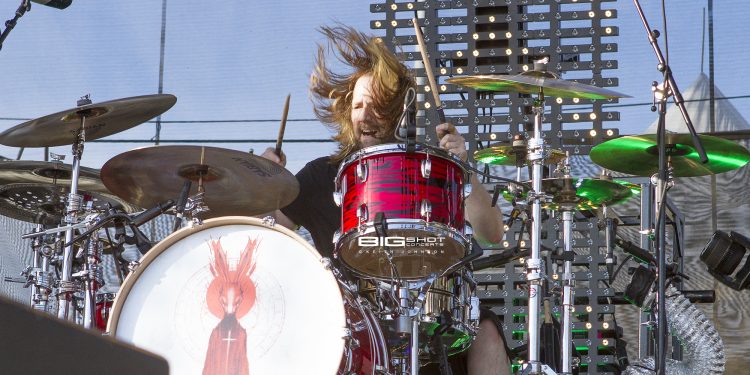 Multi-platinum rock band Seether, in celebration of the band’s 20-year anniversary, today announced the release of three of their classic albums – Disclaimer II, Karma And Effect, and Finding Beauty In Negative Spaces – on vinyl for the very first time on November 13th, 2020 via Craft Recordings. Released early in the band’s remarkable run, these three albums exemplify the distinctive musicianship and song-craft for which Seether are best known and helped solidify them as one of the most successful hard rock bands in the world.

Seether continue to prove their staying power and add to their expansive catalogue with the release of their 8th studio album, Si Vis Pacem, Para Bellum (If You Want Peace, Prepare for War) via Fantasy Records last month. Lead single “Dangerous” is currently #3 at Rock Radio, marking the band’s 18th Top 5 single over the course of their impressive career.

Disclaimer II is Seether’s second studio album originally released in 2004 and serves as a recompilation of their debut album, Disclaimer. It includes the 12 original tracks (although slightly remixed) as well as eight additional tracks including the smash hit and RIAA-certified Platinum electric ballad “Broken” featuring Amy Lee of Evanescence. The album is now RIAA-certified Platinum as well. This new 2-LP set is available everywhere on Raspberry Red opaque vinyl, and a limited-edition pressing on Pink Splatter opaque vinyl is available in the band’s webstore.

Karma And Effect was the follow-up to Disclaimer II and upon its release in 2005 debuted in the Top 10 globally and is now RIAA-certified Gold. This 2-LP set features artwork etching on side D and is available everywhere on Burgundy opaque vinyl, and a limited-edition pressing on translucent Red Splatter vinyl is available in the band’s webstore.

Finding Beauty In Negative Spaces is Seether’s fourth studio album and was originally released in 2007 and is RIAA-certified Gold. It features the band’s biggest single, “Fake It,” as well as “Rise Above This” and “Remedy,” all of which were Top 10 singles with the former two reaching #1 on several Billboard charts. This 2-LP set features artwork etching on side D and is available everywhere on Lavender opaque vinyl, and a limited-edition pressing on translucent Purple Splatter vinyl is available in the band’s webstore. 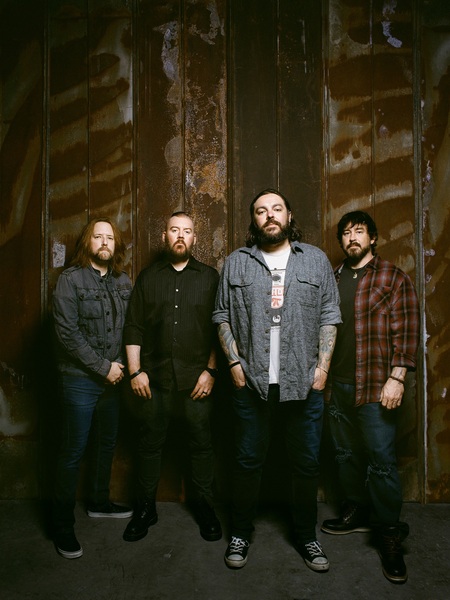 About Seether
Since forming in Pretoria, South Africa in 1999, Seether (Shaun Morgan – Vocals/Guitar, Dale Stewart – Bass/Vocals, John Humphrey – Drums, and Corey Lowery – Guitar/Vocals) have amassed a global fan base that has grown organically with the quartet’s sense of purpose and commitment spreading outwards, offering their fans around the world camaraderie, comfort and a sense of personal power. While others of their ilk faded away, Seether maintains a strong sense of self, ignoring trends and critics in favor of a consummate devotion to their craft. Their impressive sales and chart history includes three platinum and two gold albums, 15 #1 singles (including 2017’s “Let You Down,” 2014’s “Words as Weapons,” and 2011’s “Tonight”); 19 Top 5 multi-format hits, with US singles sales topping 17 million and over 1.5 billion streams world-wide across all platforms.

They are also creators of the Rise Above Fest, founded in 2012 to raise awareness for suicide prevention and mental illness. Past headliners of the annual gathering include Slash, Godsmack, Avenged Sevenfold, Papa Roach & many more. Since conception, the Rise Above Fest has turned into a broader movement, expanding its presence at additional music festivals around the globe. All Seether shows donate $1 of ticket sales to benefit the SAVE (Suicide Awareness Voices Of Education) organization.