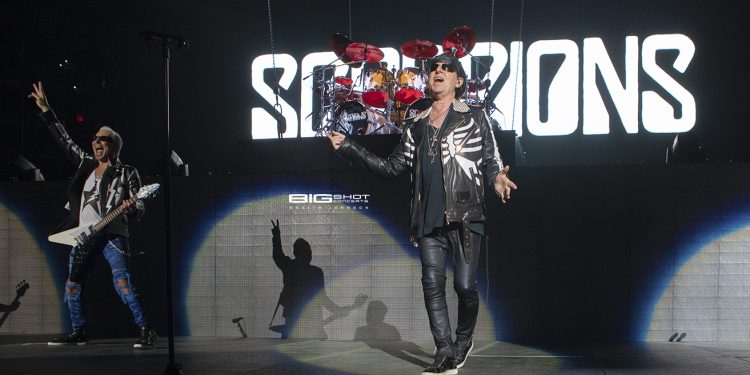 For more than 50 years, Scorpions have been Germany’s most entertaining export. The trio of Rudolf Schenker (rhythm and lead Guitars, backing vocals), Klaus Meine (lead vocals, guitars, tambourine and cowbell) and Matthias Jabs (lead & rhythm guitars, backing vocals) continue to be the lovedrivers of the band and still rock fans like a hurricane. Throughout their career, the wind of change has brought in new members on the low end. Paweł Mąciwoda (bass, backing Vocals) and Mikkey Dee (drums) are now the mainstays, keeping the backbone of this rock and roll wunderkind strong and heavy.

Scorpions love of playing live is undeniable. They give fans a great concert that incorporates hits, deep tracks and musical showmanship into their set. Klaus Meine is a larger-than-life frontman who belted out lyrics while roaming the stage to ham it up with his bandmates. Rudolf Schenker attacked his six string with blazing fretwork and made his guitar scream for the 7,000 fans in attendance. Matthias Jabs flanked the left side of the stage and unleashed a heavy-metal assault as he strummed the strings of his guitar. Paweł Mąciwoda thumped his bass with fury and passion while providing backup vocals on songs that made Scorpions legends in the world of rock and roll. High above the stage, Mikkey Dee pounded out beats behind his drum kit. He even did a drum solo, a must for fans attending an arena rock concert.

Fans of Scorpions in Tampa got exactly what they came for — a pure heavy metal concert experience. Those seeing the band for the first time had no trouble understanding why this band from Hanover continues to perform at the highest level. With unforgettable lyrics, catchy riffs and amped up levels of energy, Scorpions remain one of rock’s biggest ambassadors. And with the conclusion of the U.S. Crazy World Tour, they earned a well-deserved holiday.

Going Out with a Bang
Make it Real
Is There Anybody There?
The Zoo
Coast to Coast
Top of the Bill/Steamrock Fever/Speed’s Coming/Catch Your Train
We Built This House
Delicate Dance
Send Me an Angel
Wind of Change
Tease Me Please Me
Overkill (Motörhead cover)
Drum Solo
Blackout
Big City Nights 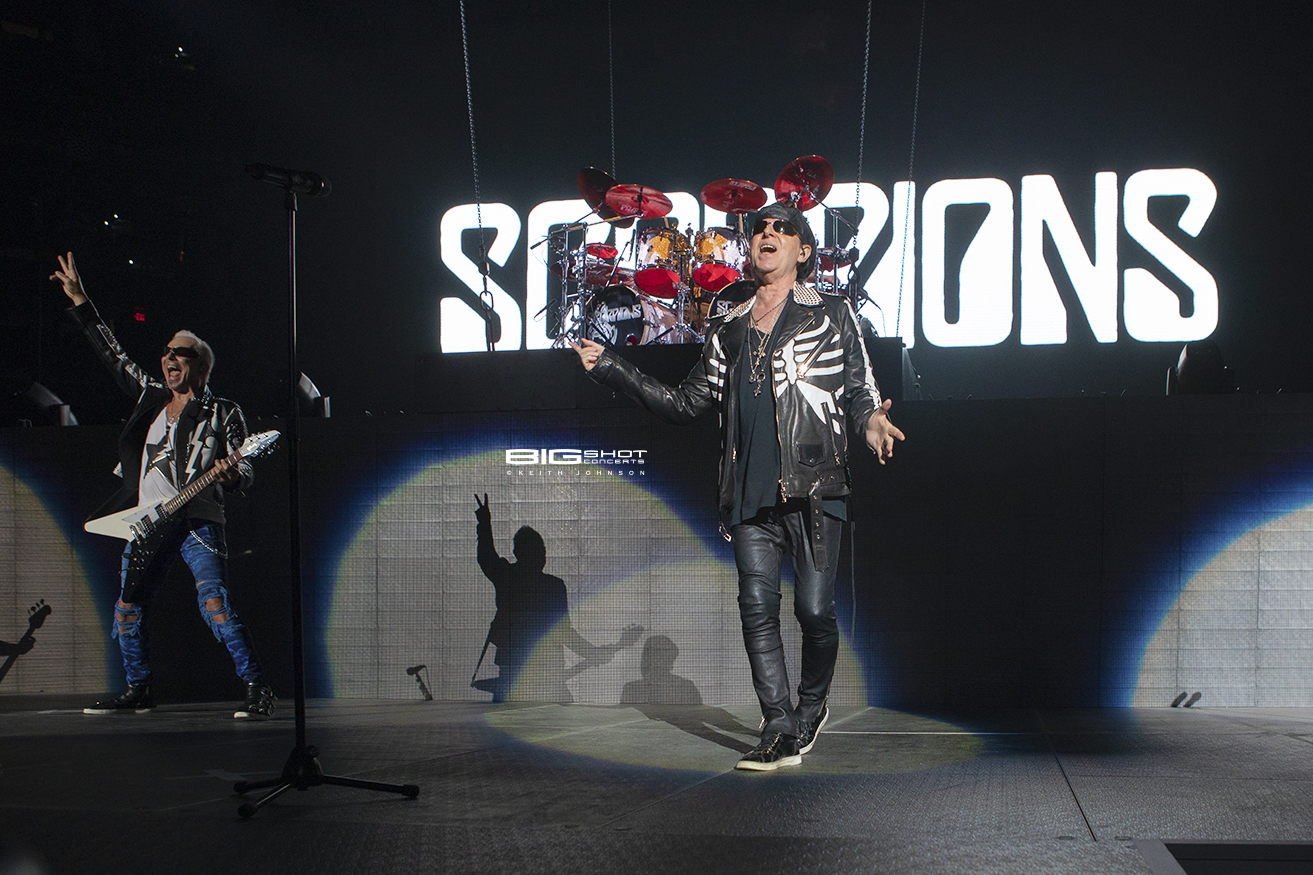 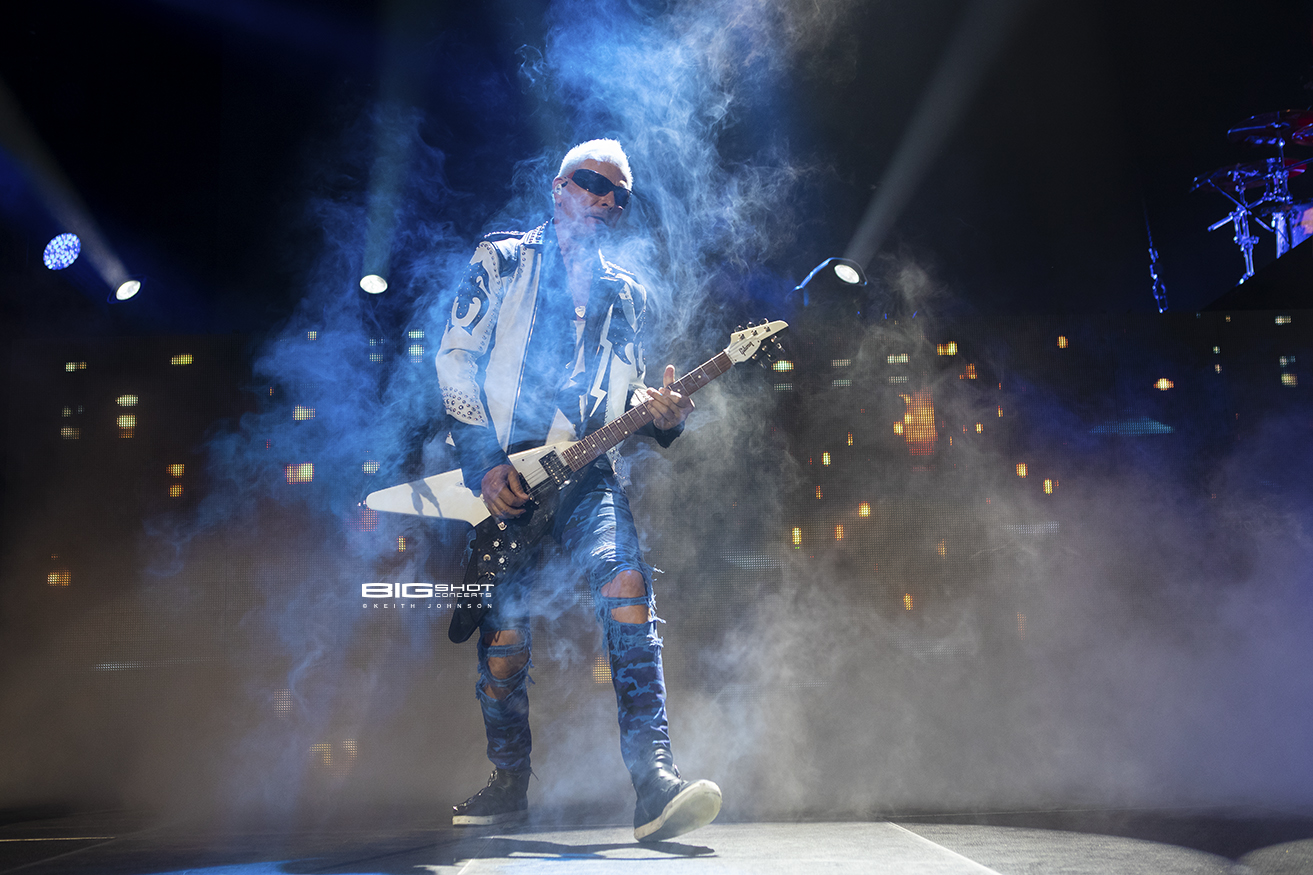 Rudolf Schenker walks out on stage under a cloud of smoke. 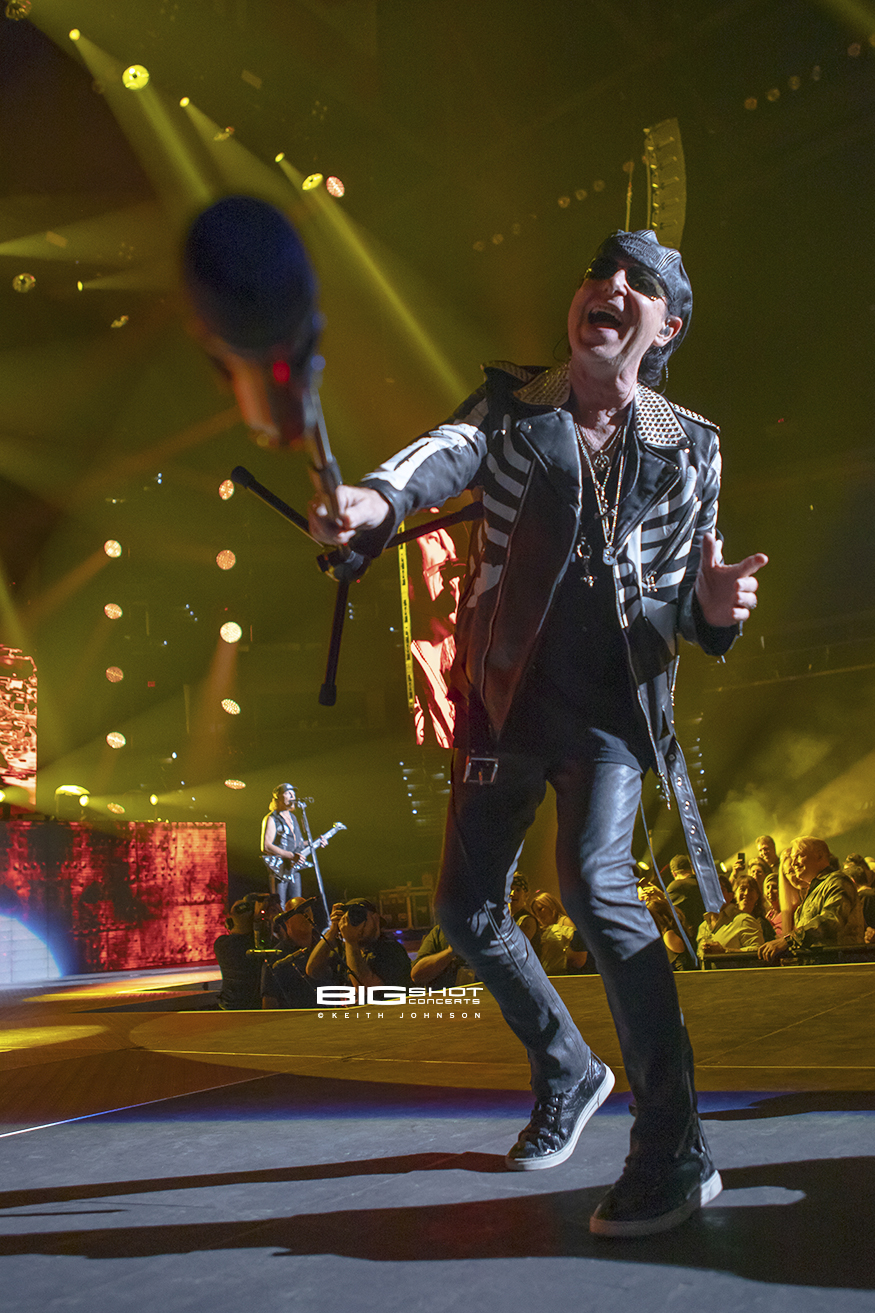 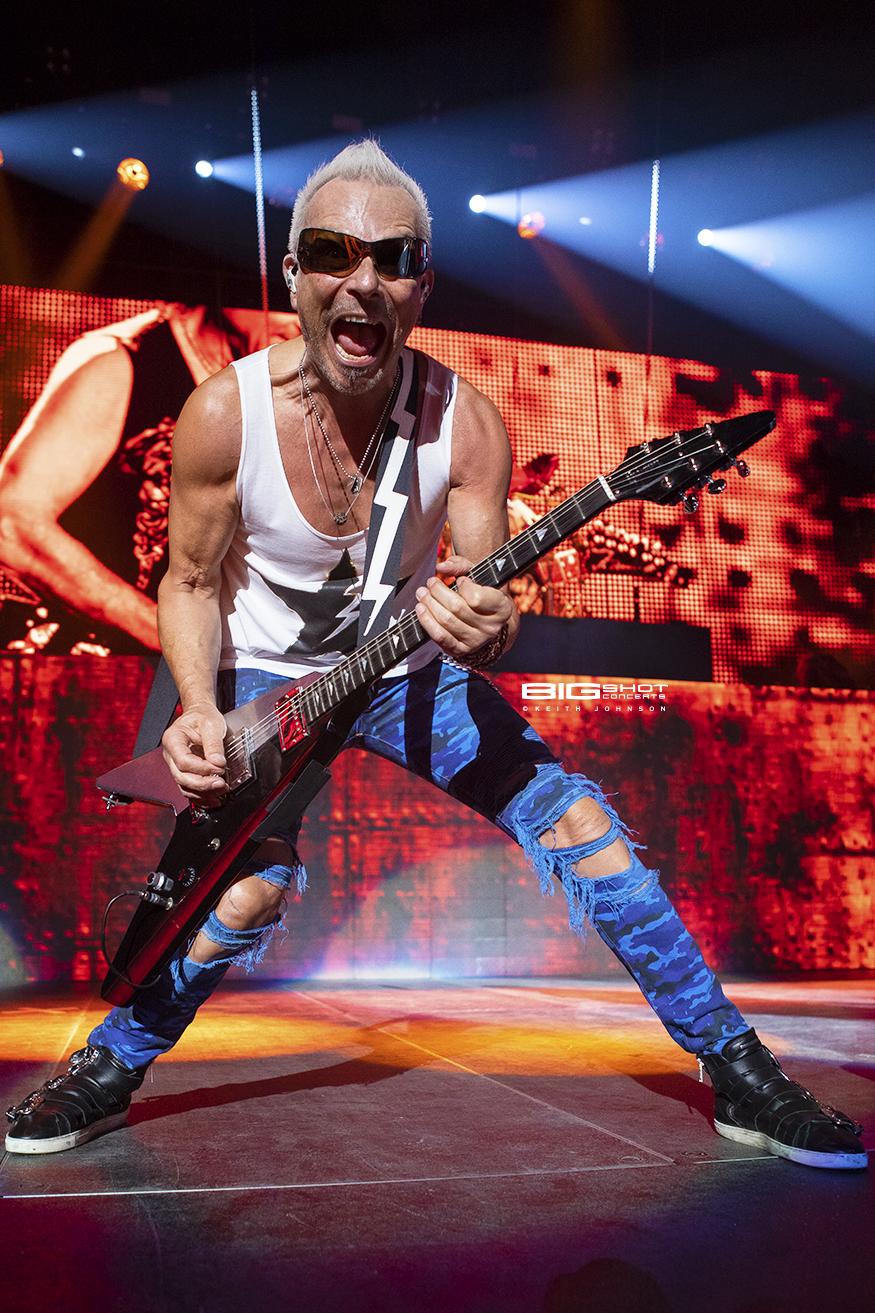 Rudolf Schenker plays up to the cameras at Amalie Arena. 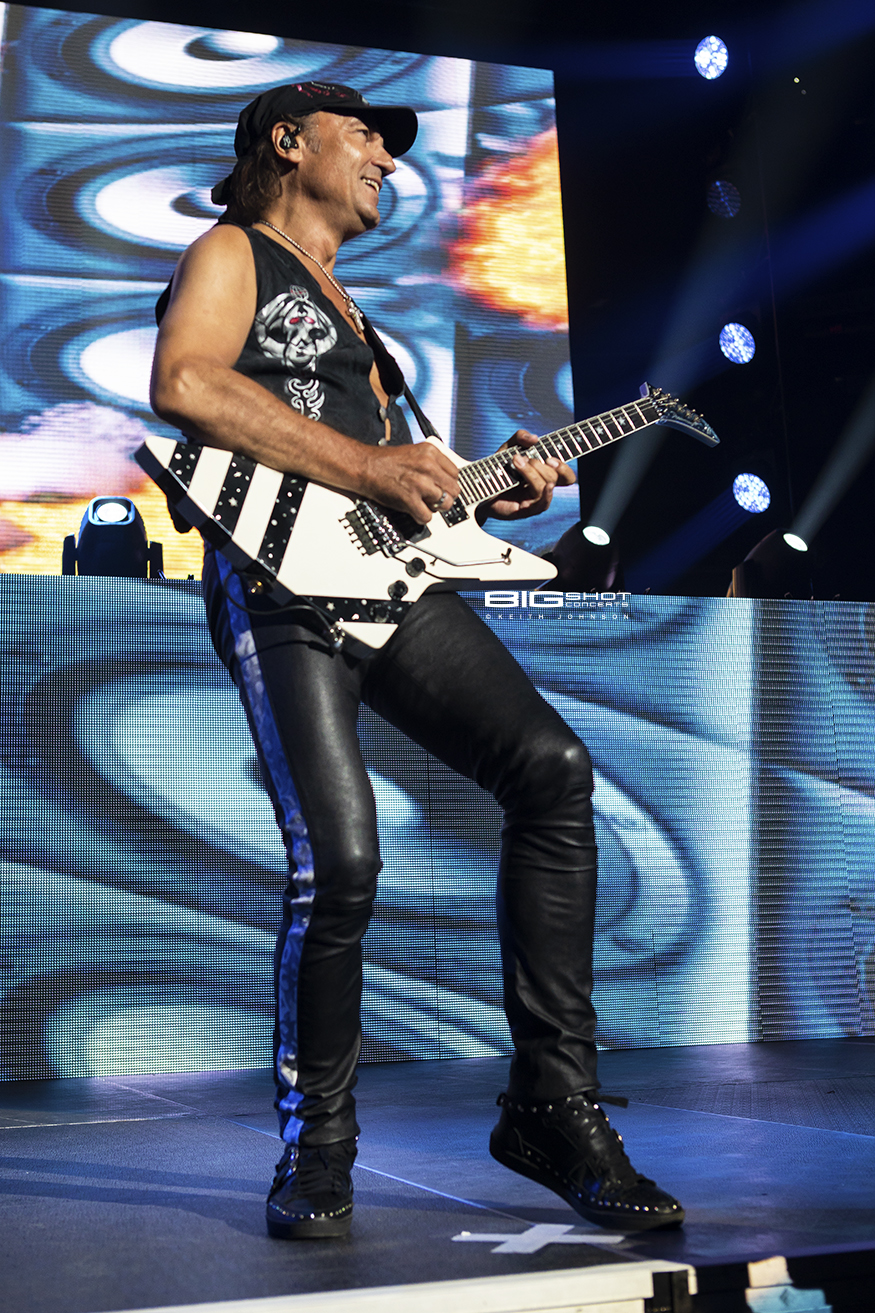 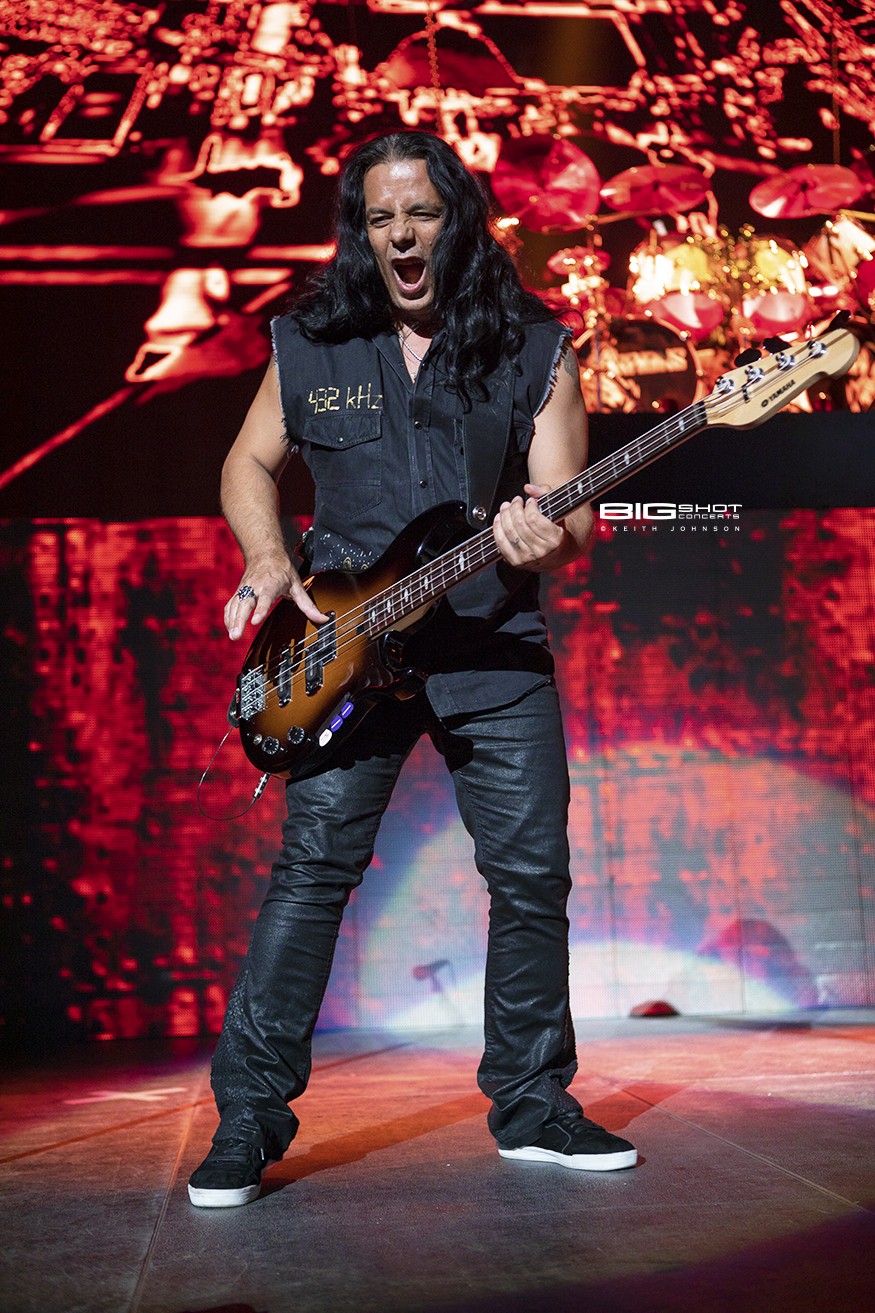 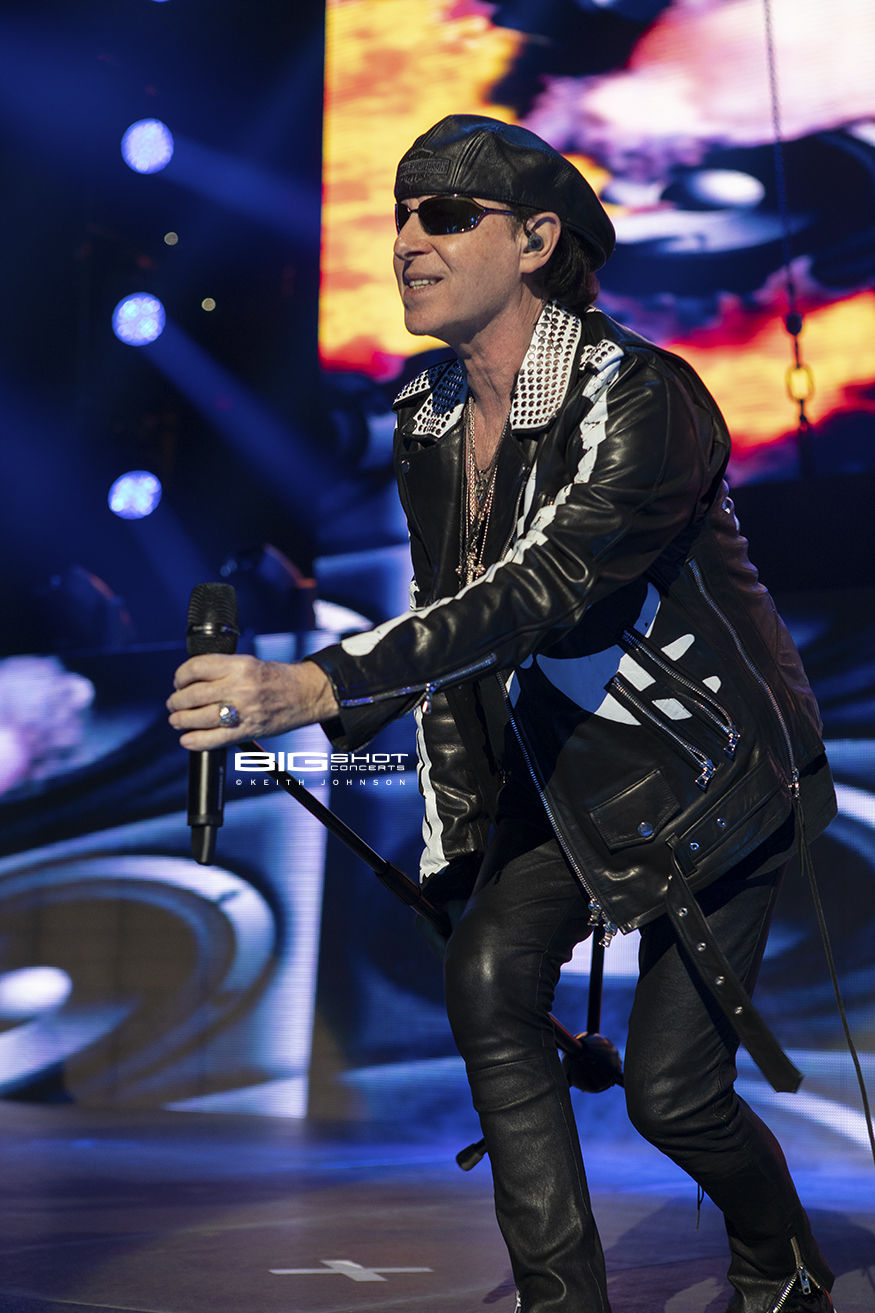 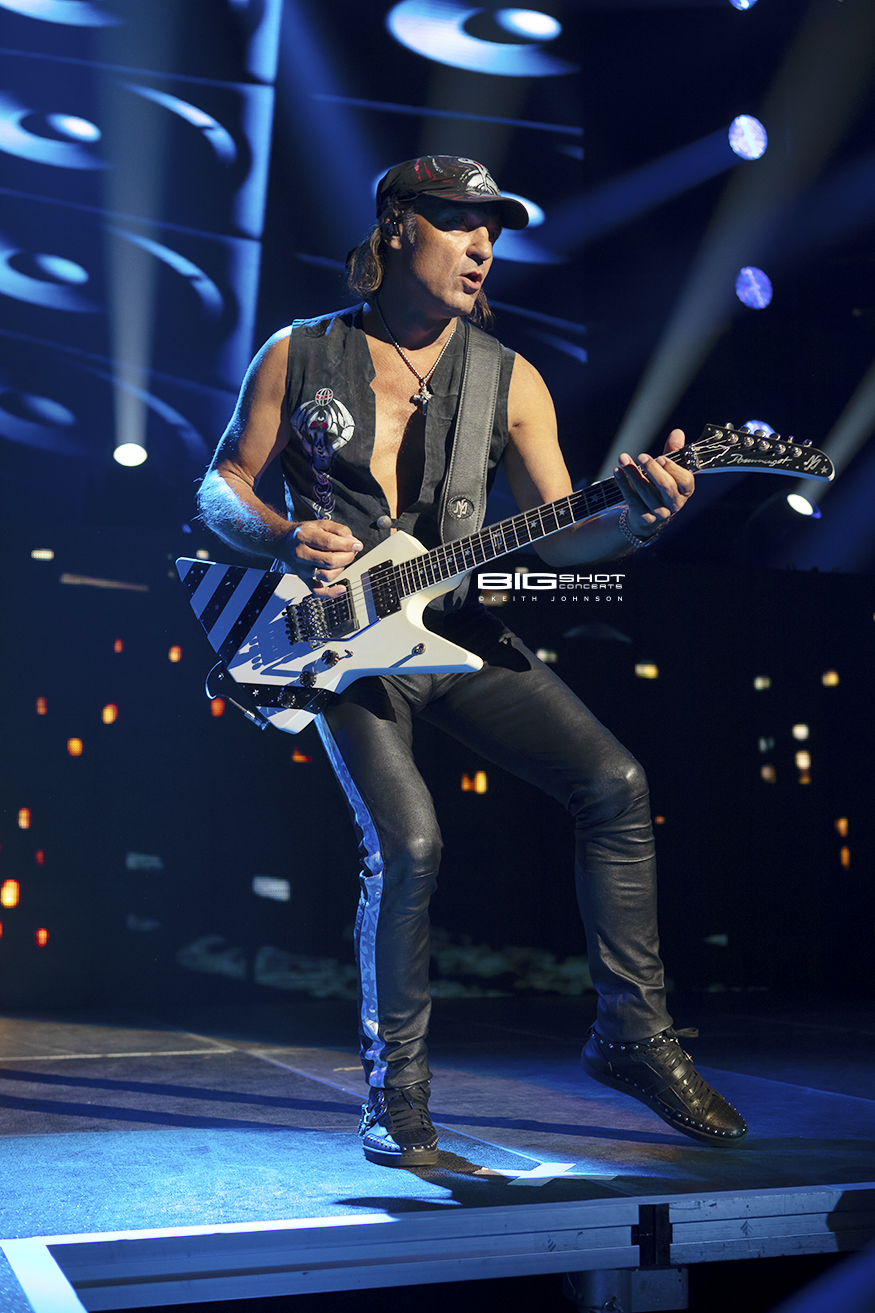 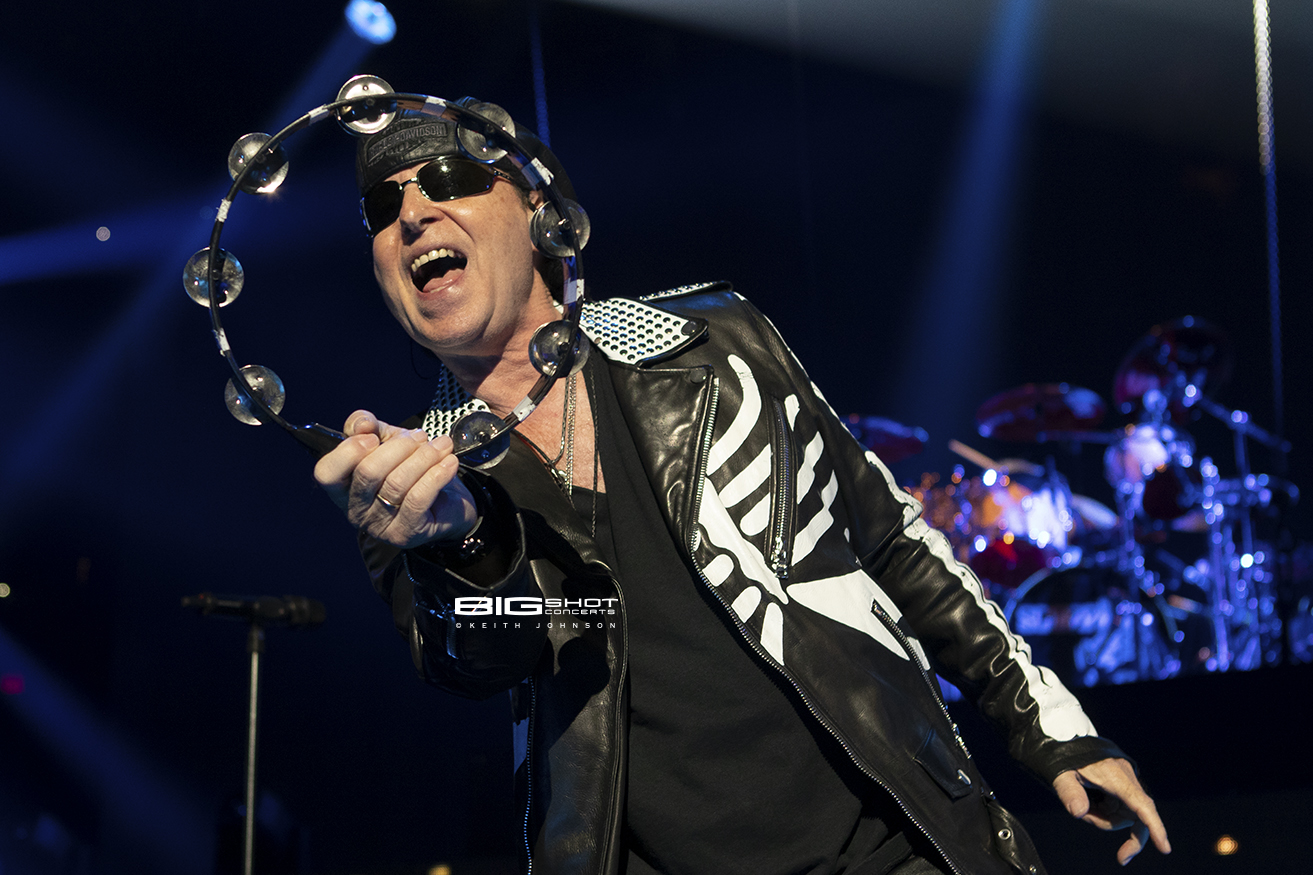 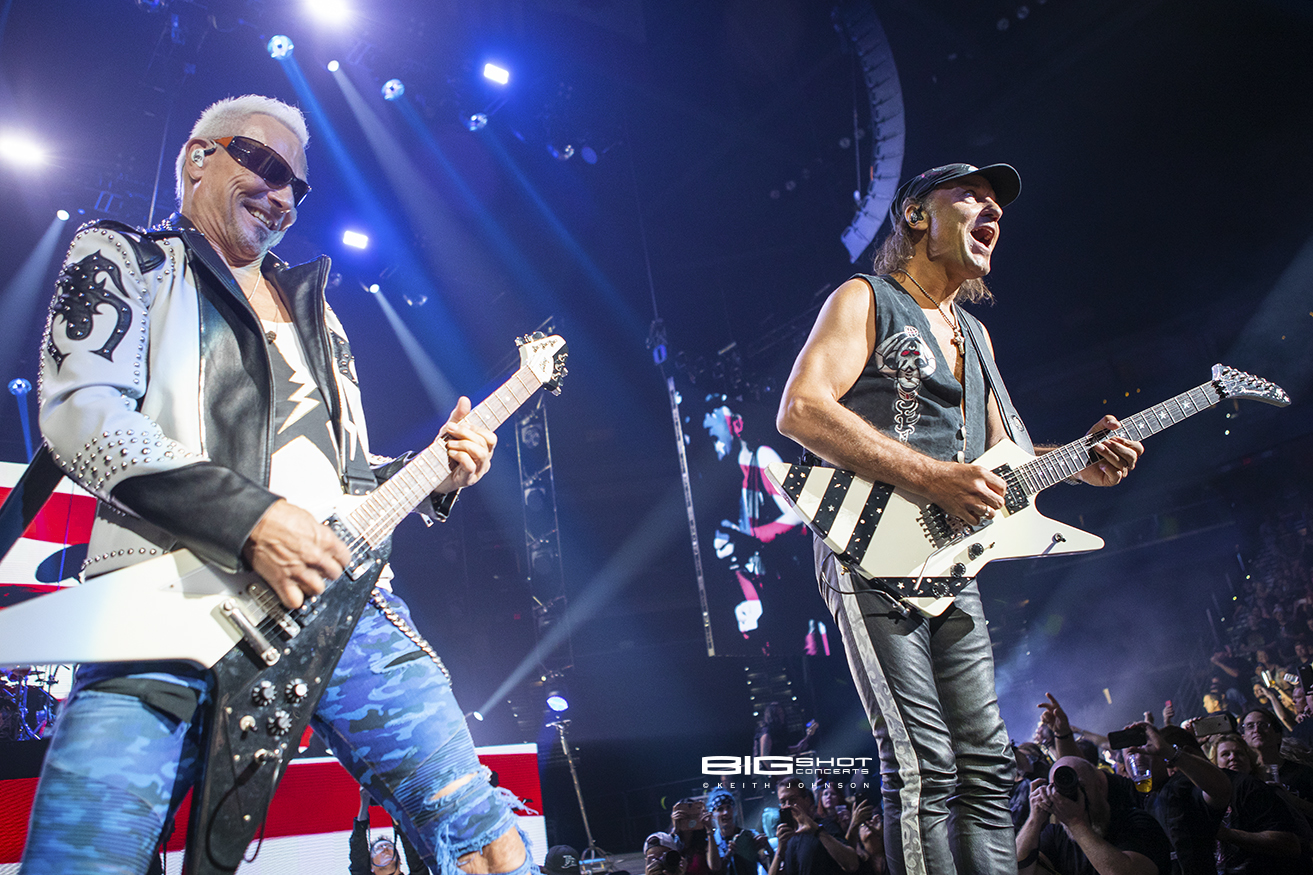 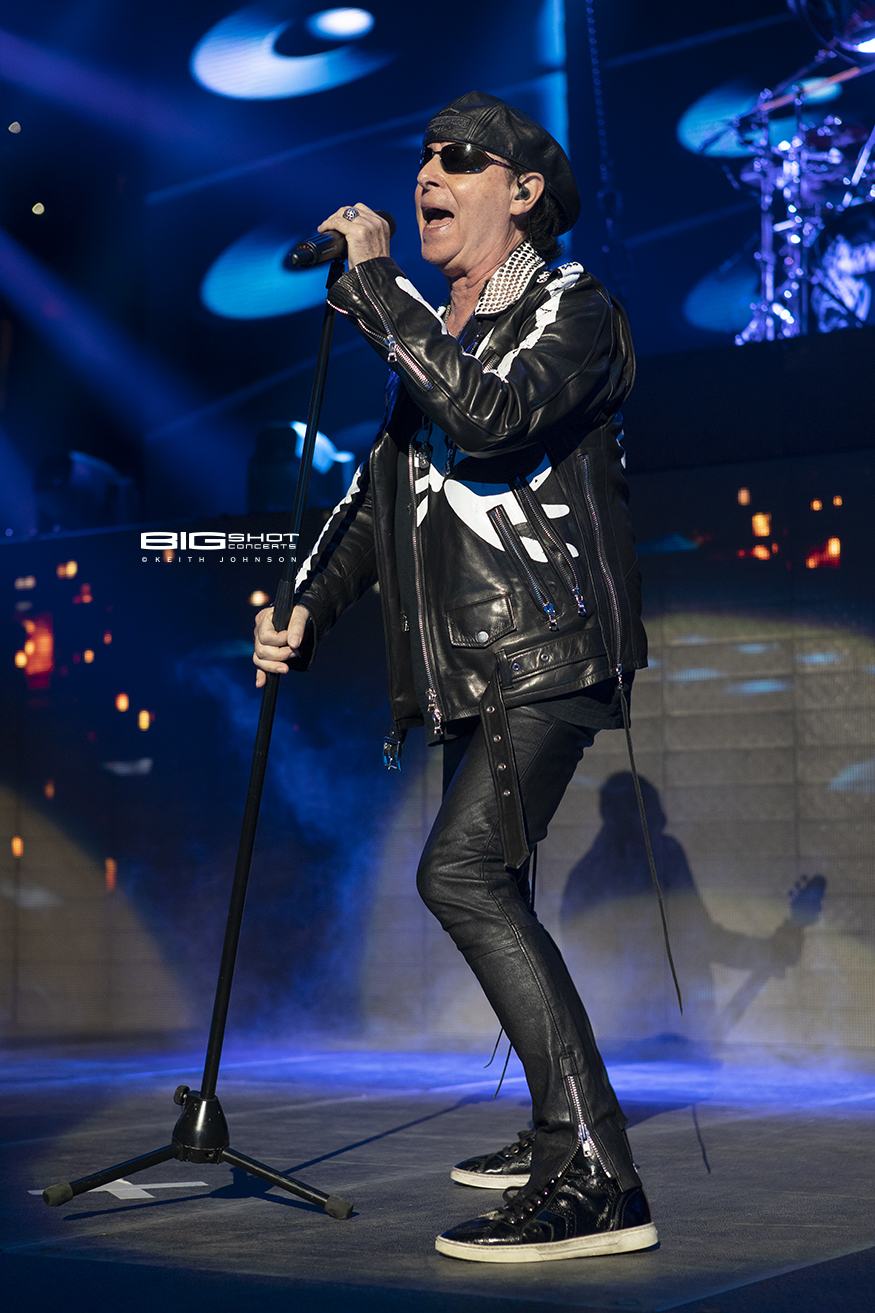 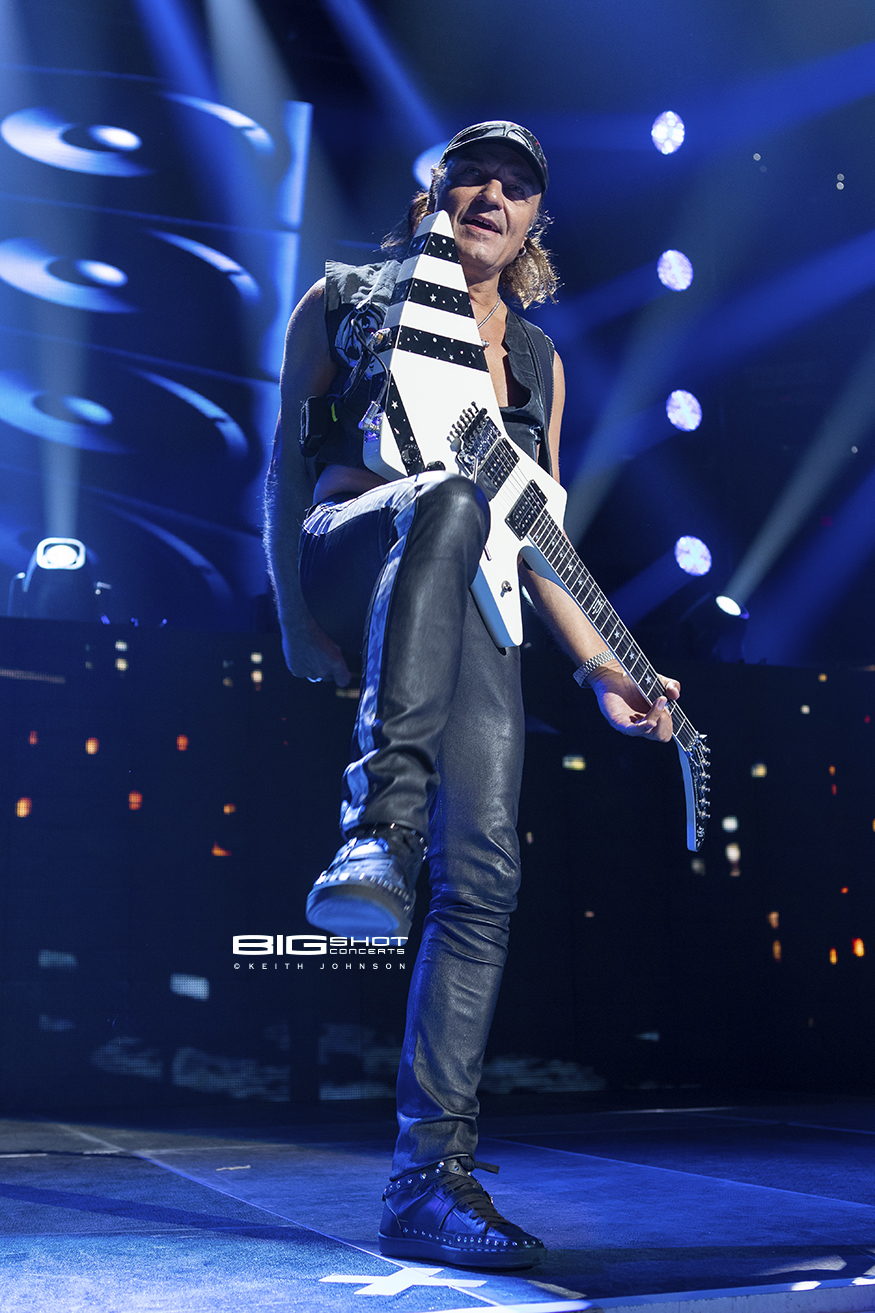 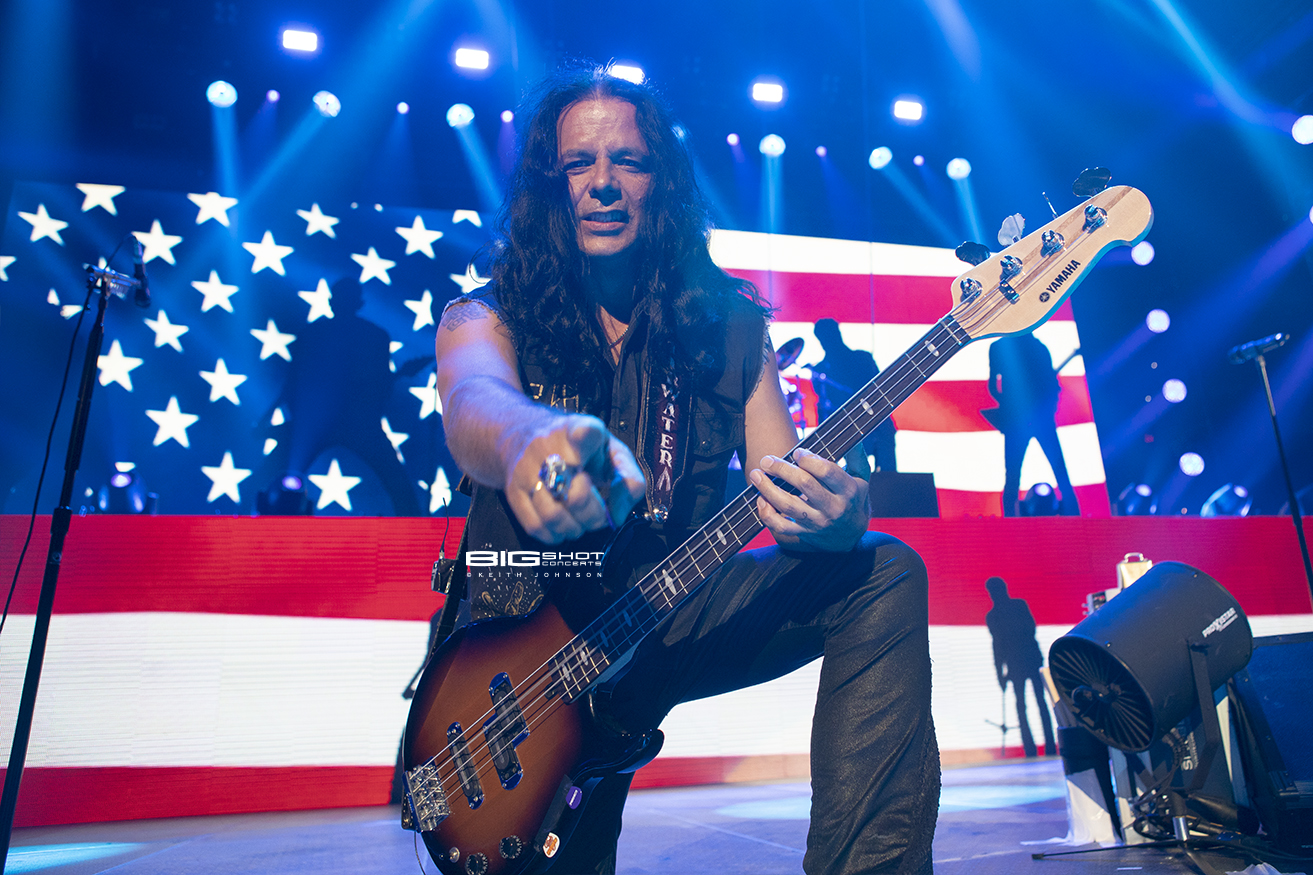 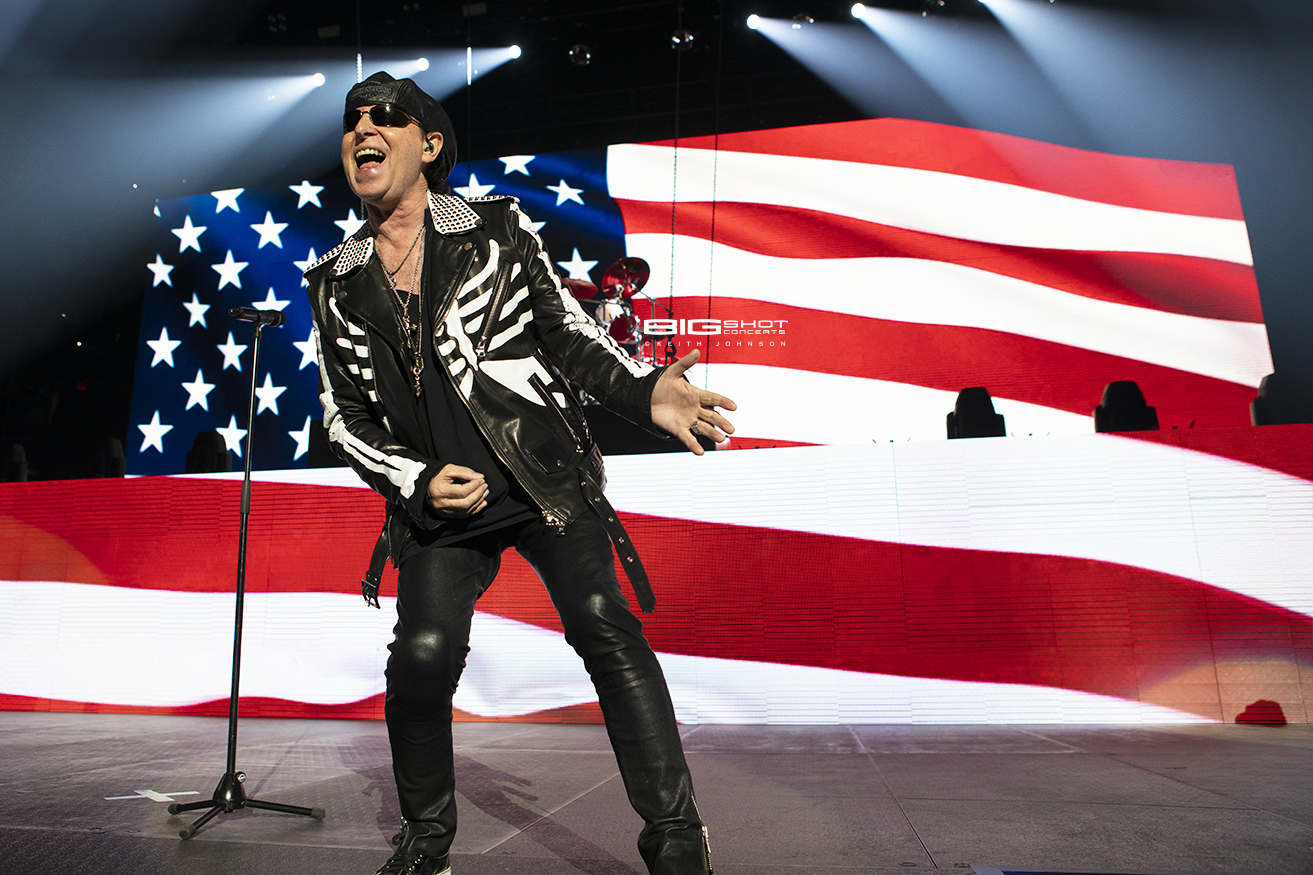 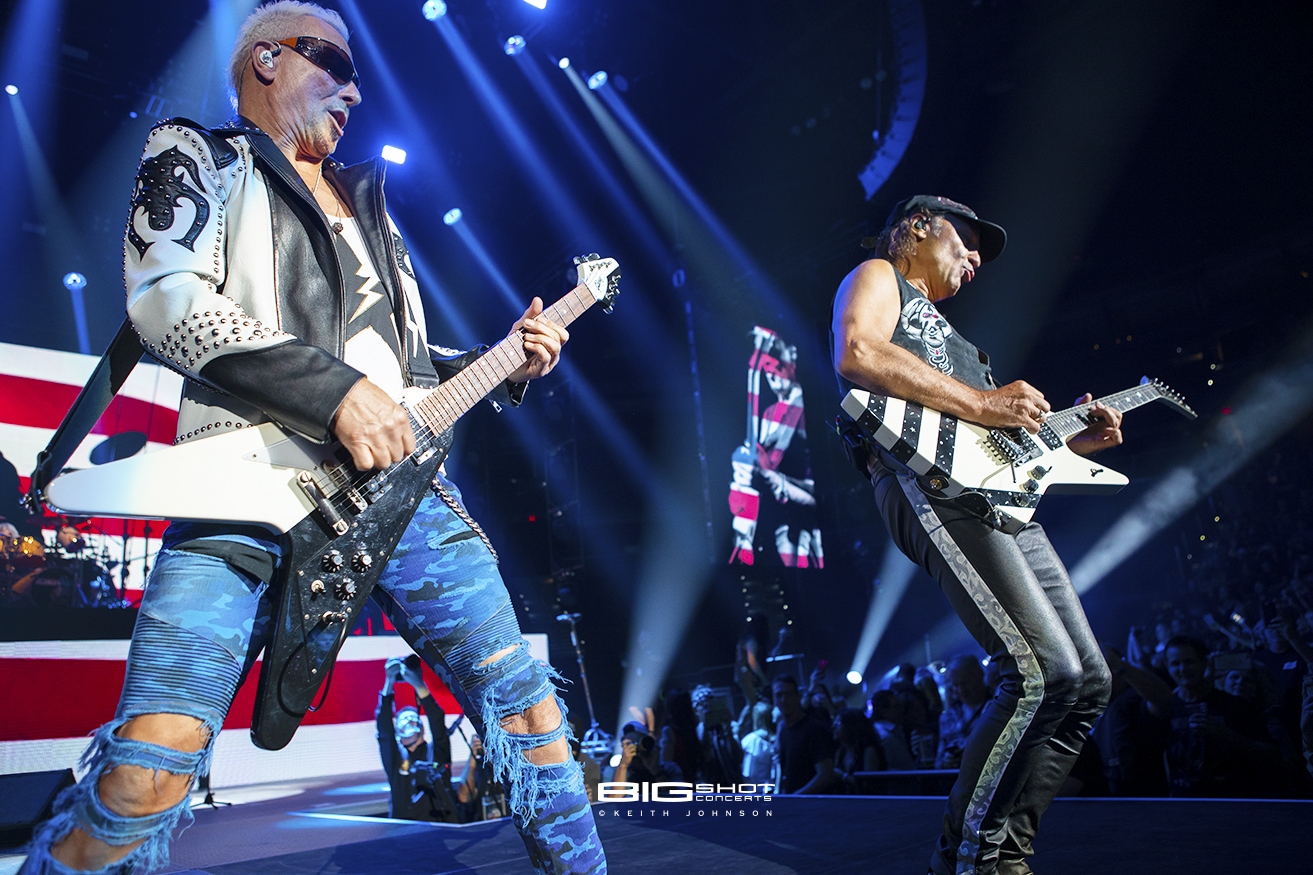 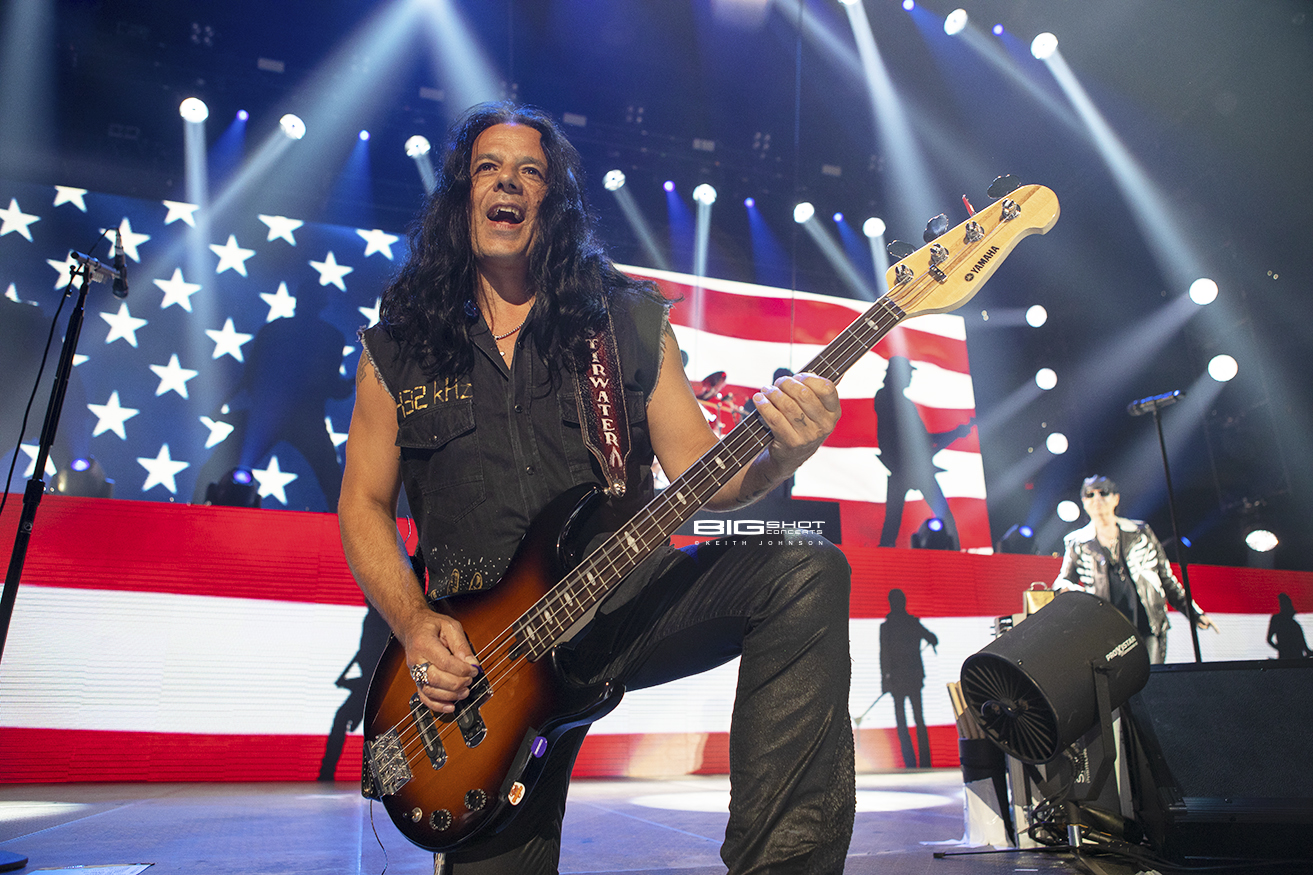 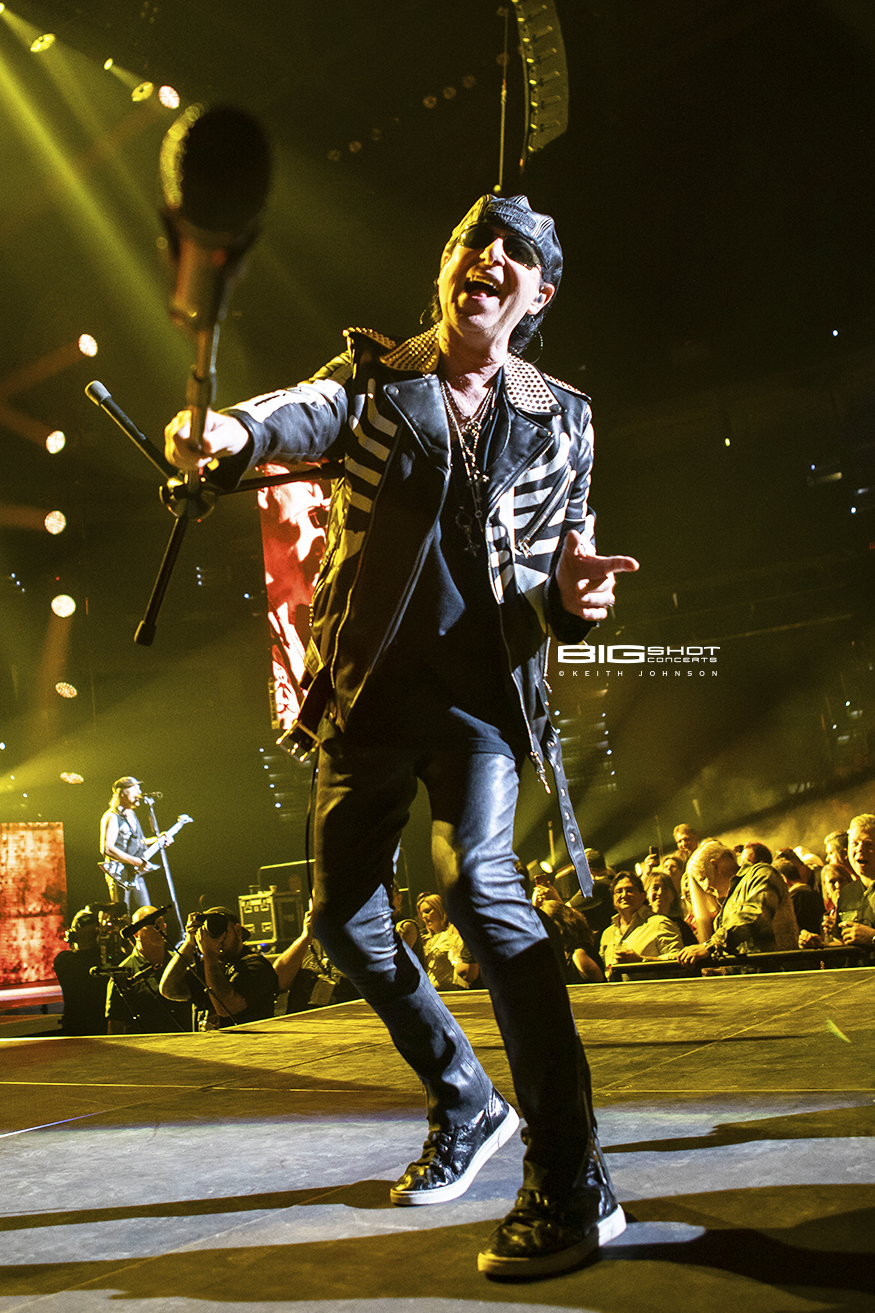 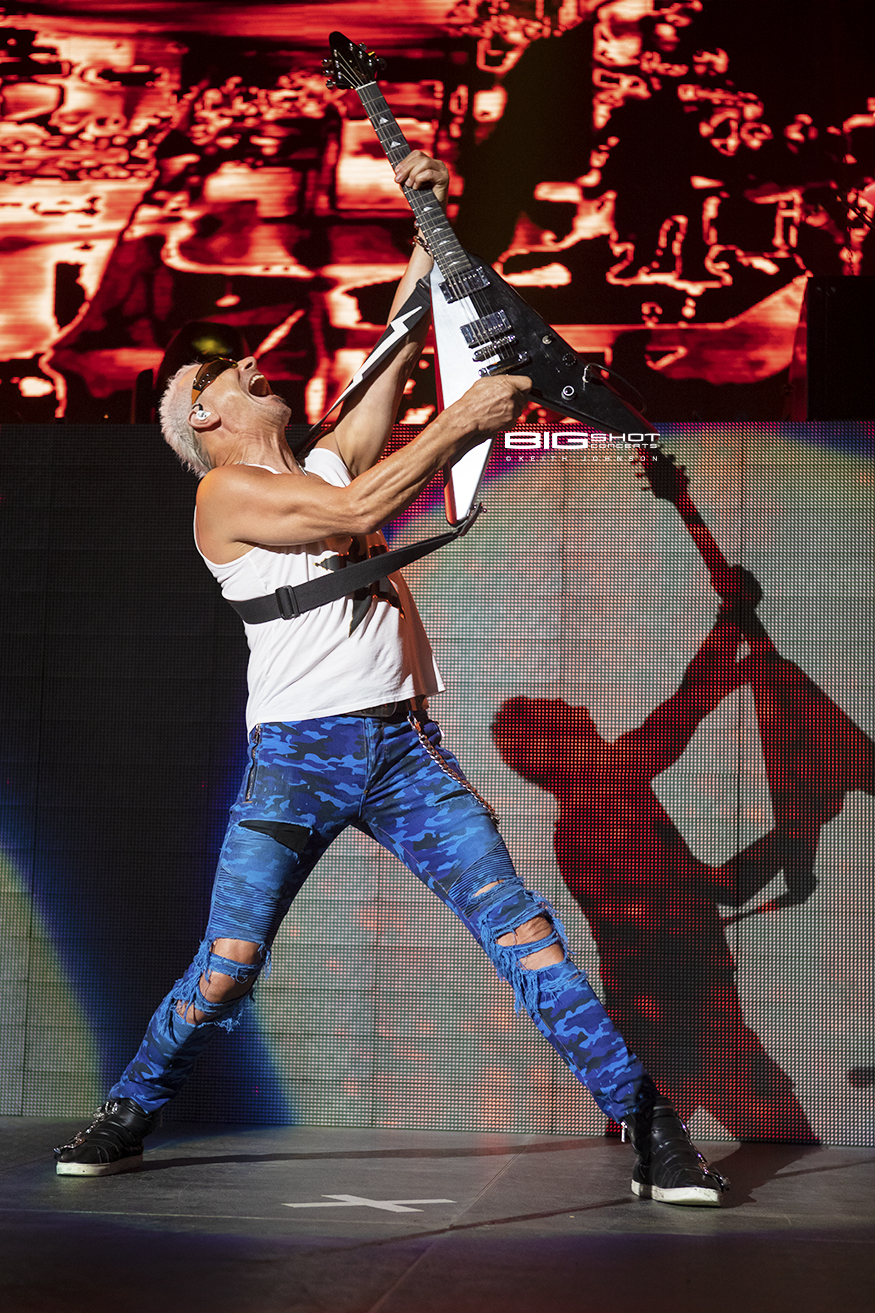 Rudolf Schenker casts a shadow with his Flying V. 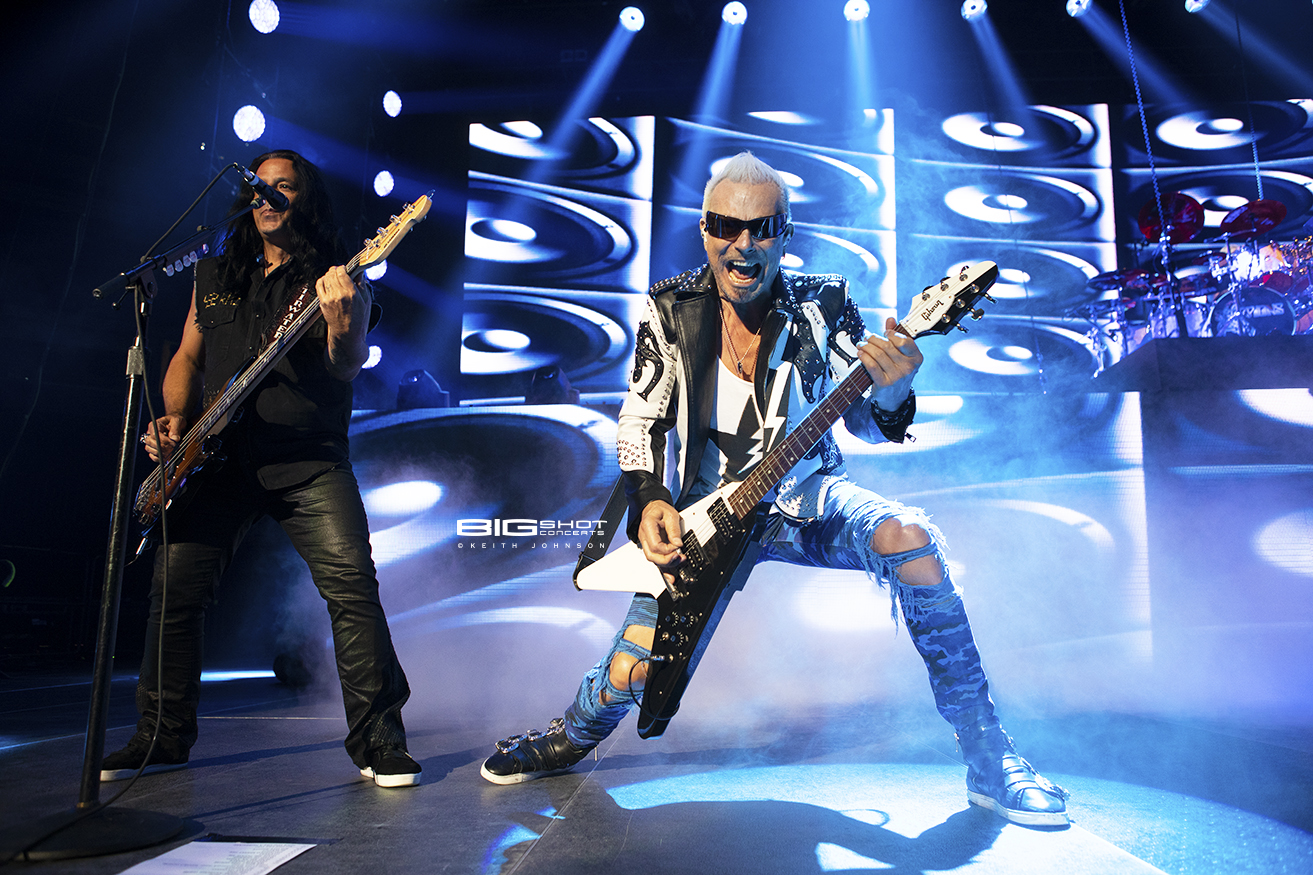 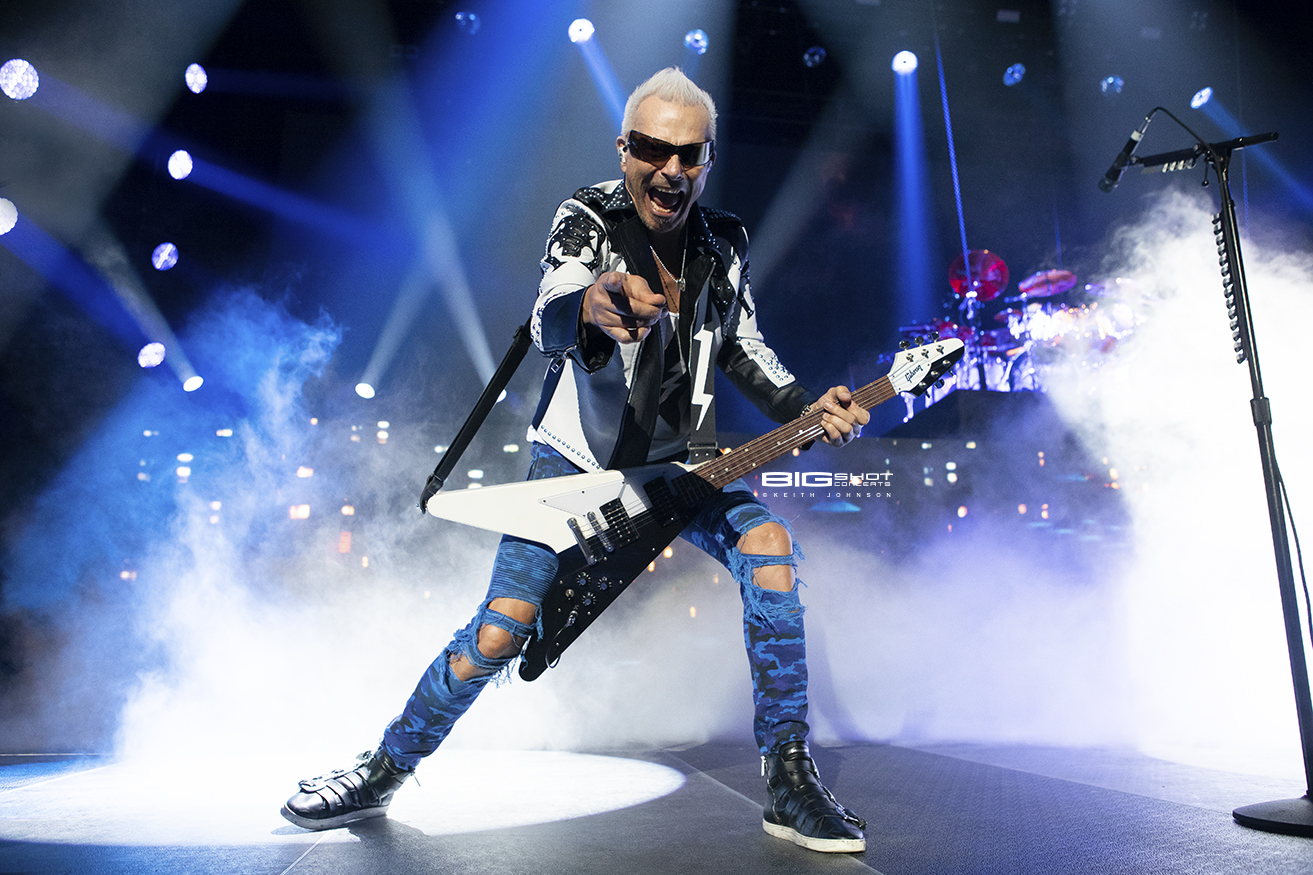