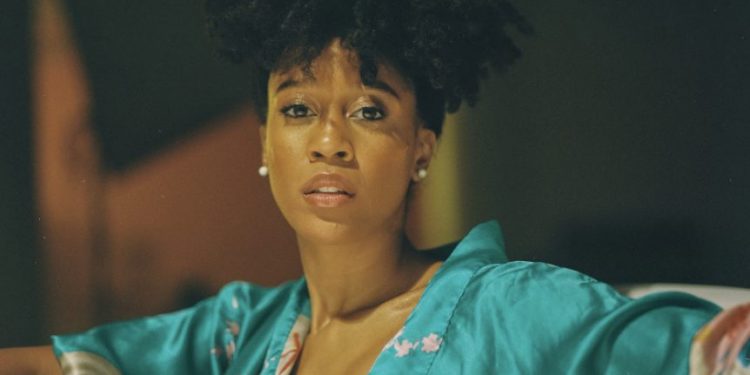 Los Angeles-based trapsoul artist Hailee Kaleem Wright aka Sapphire Hart releases emotional music video for her single “Toxic Love Story” inspired by the intoxicating highs and plummeting lows of love. Directed By Paul Gratland and Sidney Dupont, the black and white video depicts Hart, reflecting on a relationship fraught with infidelity issues and holding accountability for the decisions made. “Toxic Love Story,” the second single released from Hart this year, is available on all streaming platforms.

Influenced by a broad spectrum of musical genres, Houston-born and LA-based Wright has performed and written songs since adolescence. Prior to the global shutdown due to the coronavirus outbreak, the multifaceted entertainer could be seen performing in multiple Broadway shows alongside stage legends Moises Kaufman, Bill T Jones and Davone Tines, to name a few. Refusing to let the pandemic disrupt her course, Hart took the time to reignite her first love, singing and songwriting.

As a multi-faceted artist, Sapphire Hart brings an enviable and rare concoction of singing, songwriting and dancing from her time as a professional musical theatre performer and being signed to a record deal as a teenager. Dripping with positive and energetic vibes, Sapphire’s style of performance mirrors that of a musical chameleon, perfectly blending doses of pop and R&B.

Sapphire’s drive to create a pathway promoting self worth and empathy via music continues to fuel the fire of her determination. Hoping to serve as a positive representation especially to people of color and those who identify as queer, Hart uses her songwriting capability as a way to speak to a universal audience. Creating relatable songs and lyrics from her real life struggles, Sapphire thrives to be the voice for others, in a celebration of all the good and bad that life entails.