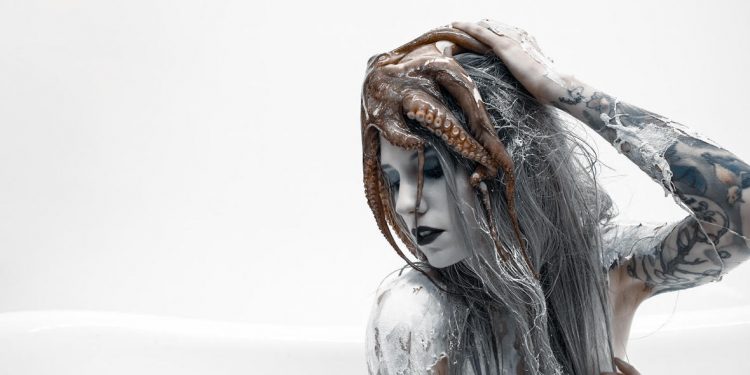 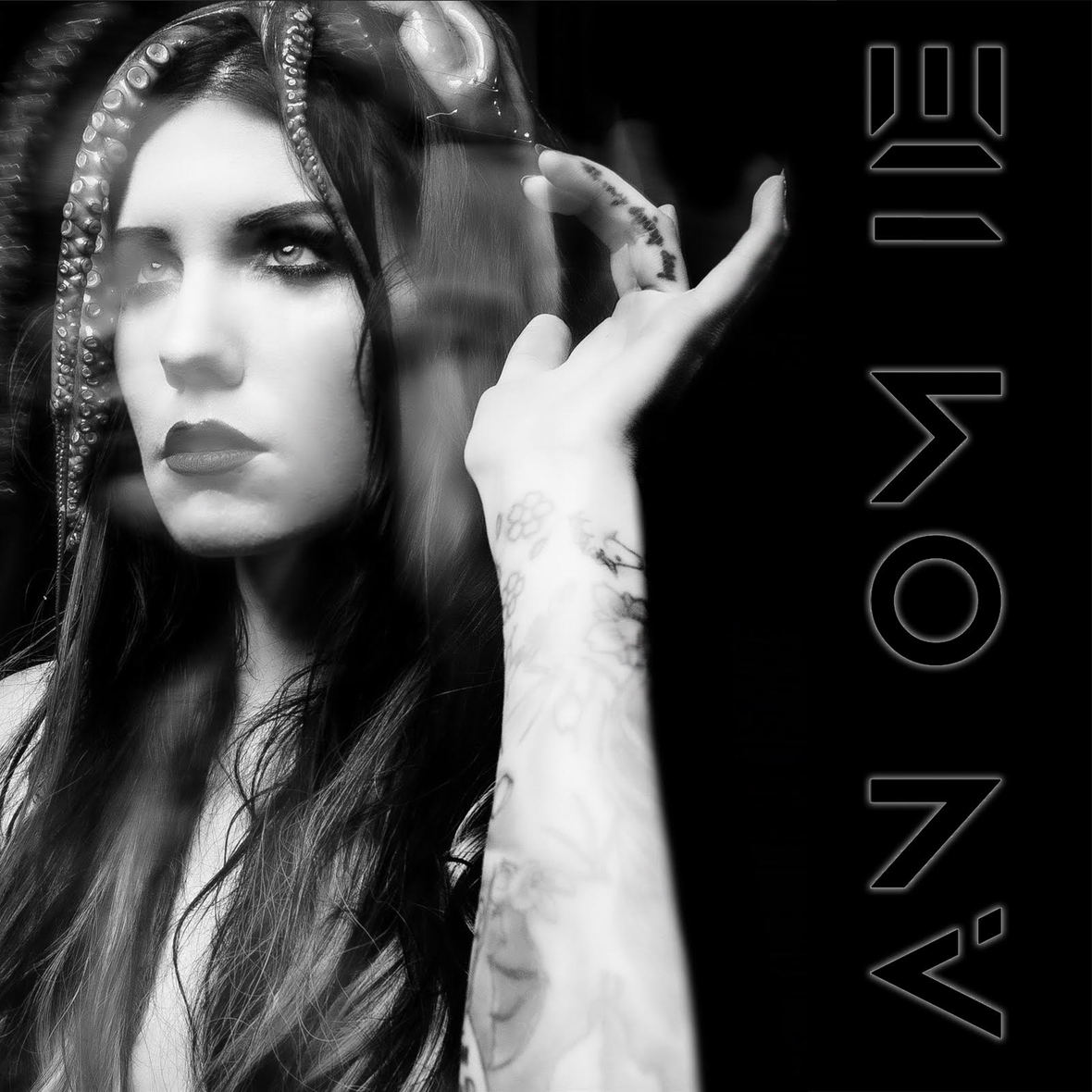 Directed by Ron Underwood, the “AN OM IE” music video features a series of haunting vignettes taking the viewer through a window of bold and artistic imagery, tipping the hat to nostalgic, 90s color themes. 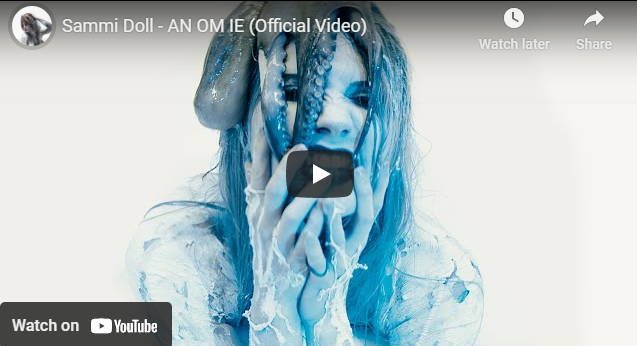 “ANOMIE theory is the state of social disintegration. We as a society, live within this theory; and we are our own worst enemy.

I’ve been involved in many projects with other bands (IAMX, Bullet Height, Kat Von D, Losers) and this is the first time that I’m branching out on my own. I wrote “AN OM IE” with Sean and Juliette Beavan – they have shown an incredible amount of support and mentorship through the entire process of launching this project. We got in the studio and amalgamated a sound that took influence from a few bands i’m inspired by, the first melody and word to come to my head was “ENEMY” …. which switches later in the song to become AN OM IE.”

“The video began as a concept of vignettes with director Ron Thunderwood. I knew that I wanted to create something beautifully artistic and visually unsettling. We filmed the video over the course of four months due to quarantine restrictions, so we had the luxury of time to build on the characters. I really give my blood, insomnia, and tears to everything I do artistically and tend to think about the consequences later… but I knew I was committed when a frozen octopus from Seattle showed up at my front door…” – SAMMI DOLL

U.K. transplant and Los Angeles based recording artist, Sammi Doll, is best known as the stage right, femme-fatale synth player/backing vocalist for the alternative, synthpop band, IAMX. Upon joining the then German-based band in 2013; Sammi relocated to Berlin while touring extensively through Europe and North America, amassing almost 200k followers across all social media platforms. She began composing her original material along with diving deeper into her other mediums of photography and videography. A chance encounter with Jon Courtney (Pure Reason Revolution) in-between tours led to collaborating on his industrial influenced, prog-rock band, Bullet Height. Signed by Sony/Superball Music, Bullet Height released their critically acclaimed debut LP, “No Atonement.” In February of 2020, Entrepreneur and IAMX collaborator, Kat Von D, announced Sammi would be joining her band on synth and backing vocals for her debut and forthcoming tours.
Inspired by her darkwave musical roots, Sammi began creating and mixing a myriad of influences from such bands as Metric, Stabbing Westward, and Grimes to create a sound reminiscent of 90’s electronica /trip-hop, with hard-hitting synthesizers encompassed with dark poetry. Upon teaming up with legendary producer Sean Beavan, (NIN, Manson, 3Teeth, Guns N’ Roses), Doll and Beavan wrote the debut single “AN OM IE”; the first release under her name.

Stating about the new single, Sammi explains: “AN OM IE” refers to the ‘Anomie Theory’ by French sociologist Emile Durkheim. It’s social disintegration; it states ‘individuals in a society are in permanent competition with each other, expect much of existence and demand much of it, & find themselves perpetually haunted by the suffering that arises from the disproportion between their aspirations & their satisfaction.’
We, more than ever, live within an anomic society… & we are our own worst enemies.

Sammi Doll’s debut single, “AN OM IE”; set to release on October 2, to be followed by the music video release premiering on Alternative Press, Tuesday, October 6.

You can catch Sammi Doll with her full band, livestream performance from the Bourbon Room in Hollywood CA here: https://youtu.be/pH7eqVO7AD4
(Filmed & Aired September 12, 2020) 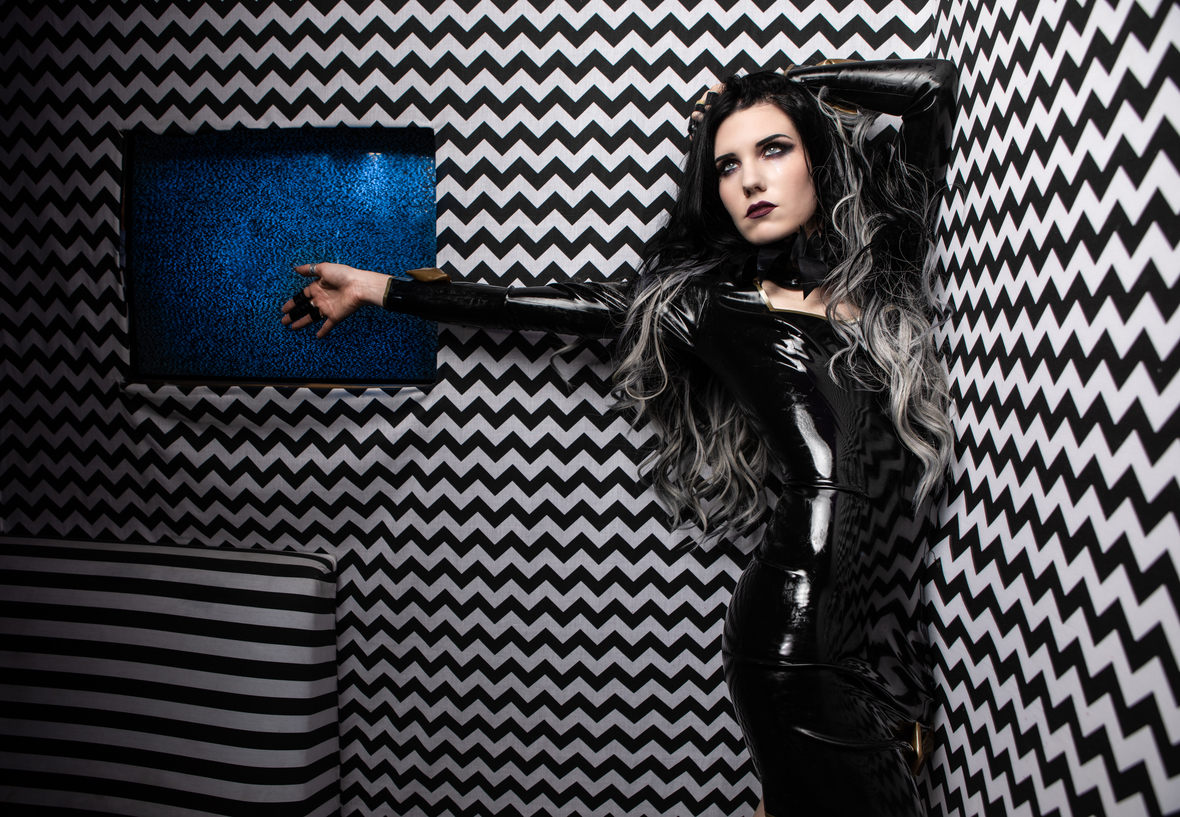