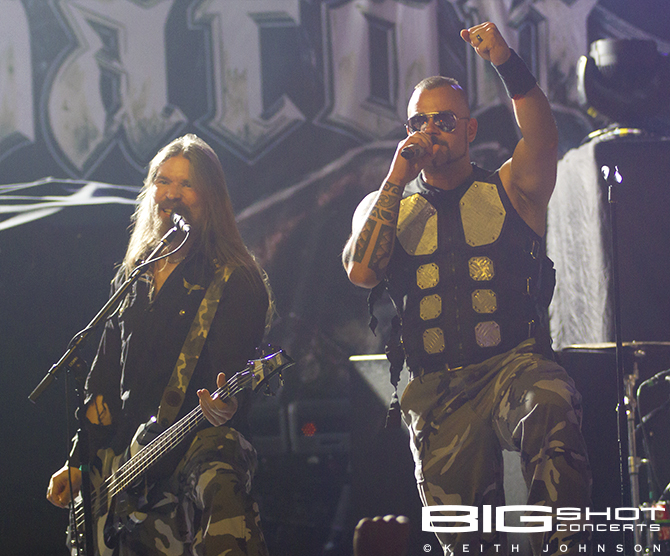 Sabaton’s set at Revolution Live in Fort Lauderdale, Florida was like being in a head-on collision with an out-of-control locomotive. And the ever-expanding circle pit made it twice as lethal.

The hard-rocking Swedes hit the stage in aggressive mode and never let up. Fueled by axe-shredding lead guitarists Thobbe Englund and Chris Rörland, frenetic wild man Hannes Van Dahl on drums, low-end bass thumper Pär Sundström and the commanding presence of frontman Joakim Brodén, the band treated the fans to more than 45 minutes of metal mayhem. Songs like “The Art of War” and “Swedish Pagans” expressed the views Sabaton has on topics such as history, battles and war.

For most of the concert lead singer Joakim Brodén remained a warrior, clad in his familiar chest plate and shades. But when he took a moment between songs to discuss a significant historical event that was very much in the news, he removed his sunglasses. He thanked all the grandfathers of the fans in attendance and across the United States for helping liberate Europe during World War II. It was a big heartfelt metal moment that was met with thunderous approval.

The rest of the night was dominated by hard-hitting tunes from a band that takes their music seriously, but never themselves. Sabaton always seemed right at home on stage. That spilled over onto the crowd, who made themselves right at home during the concert experience. 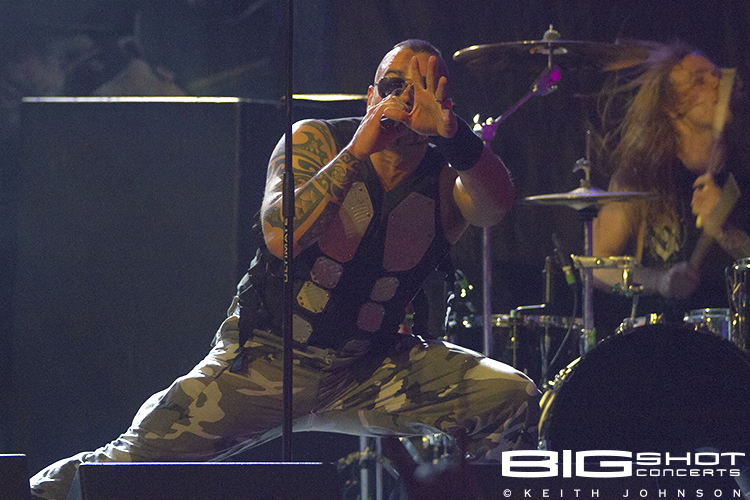 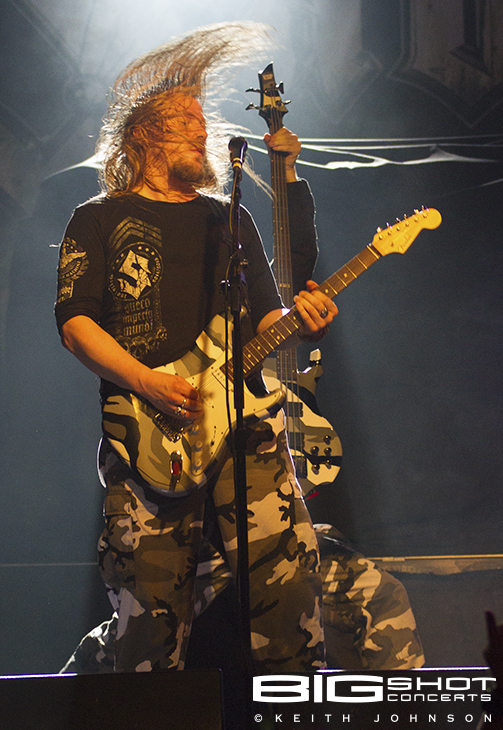 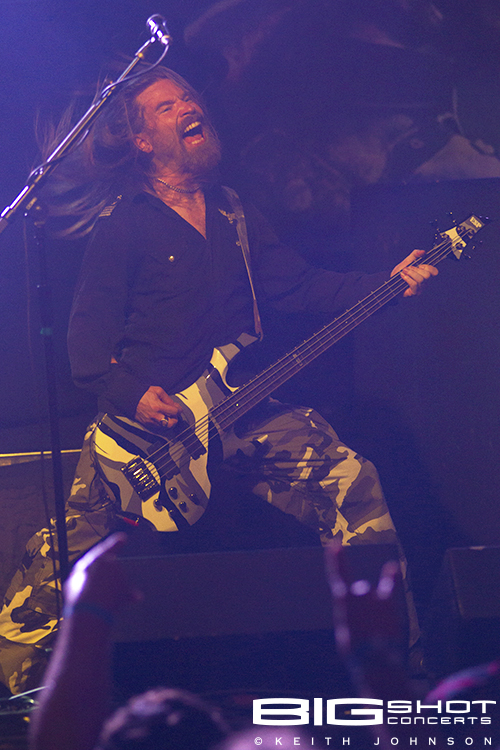 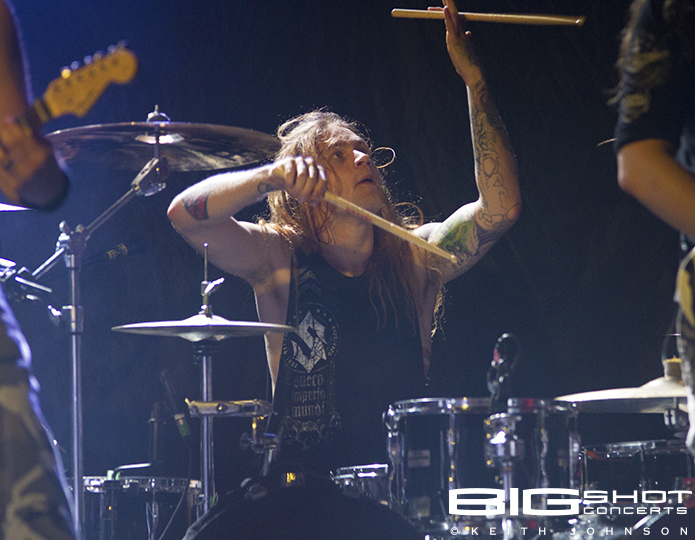 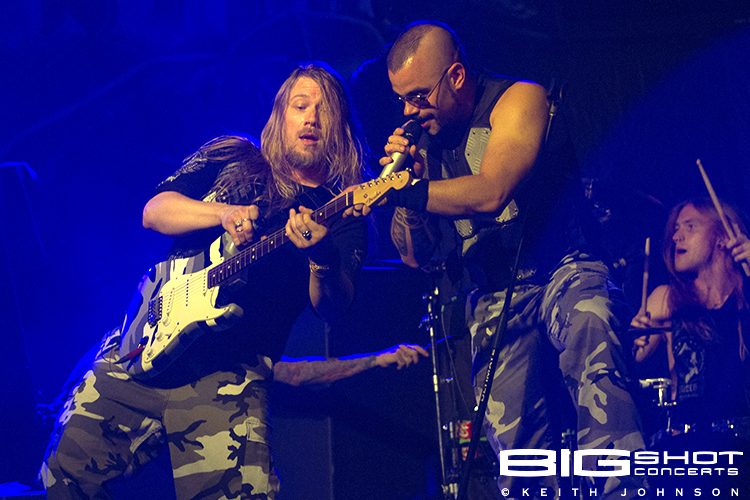 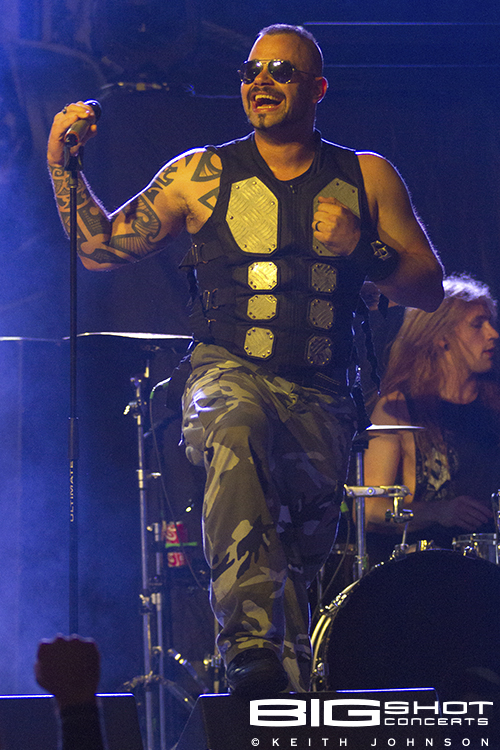 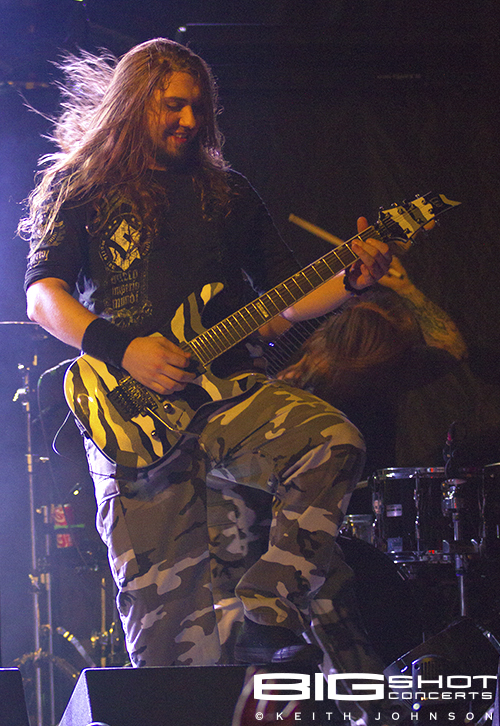 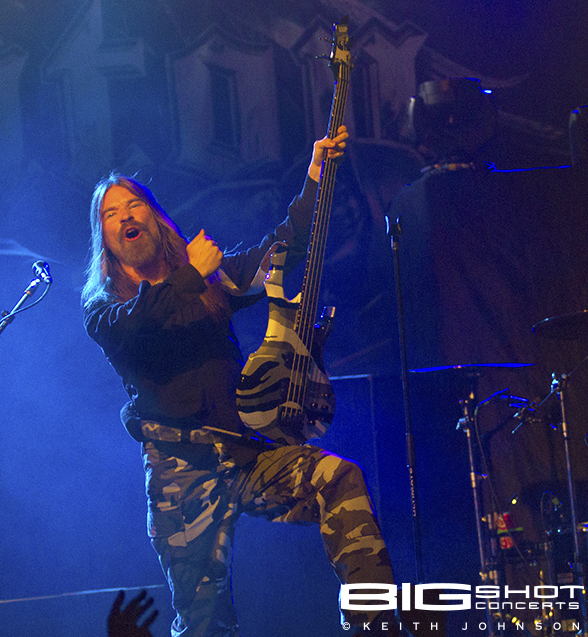 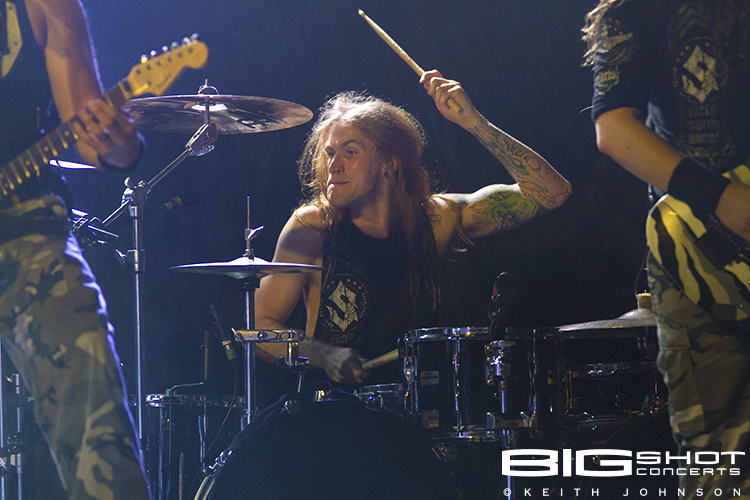 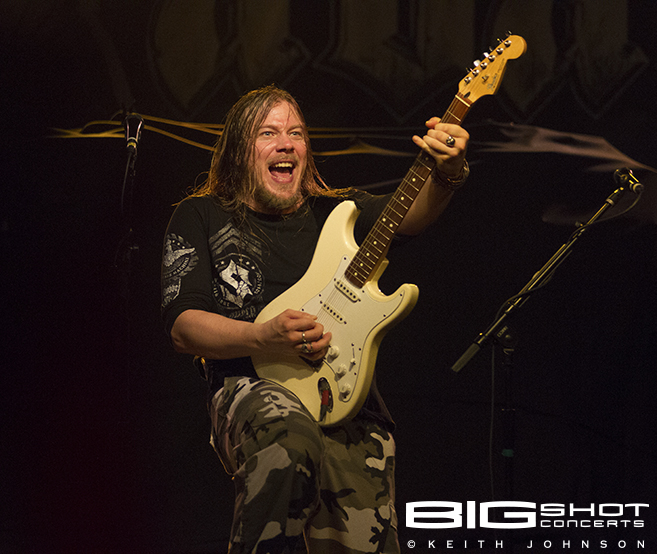 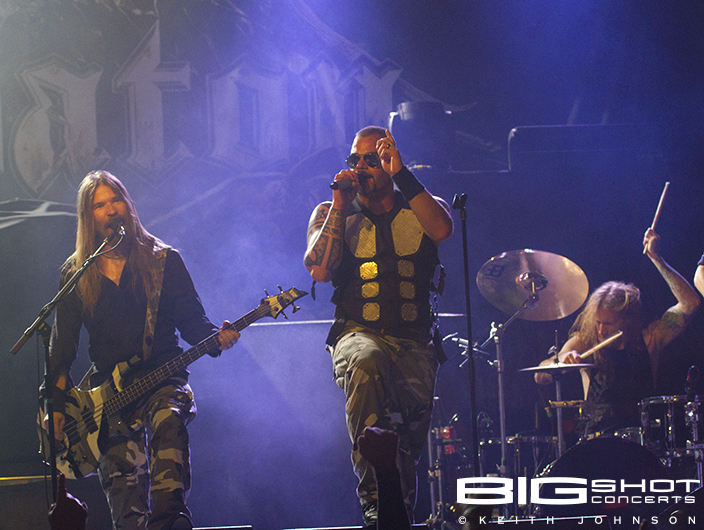 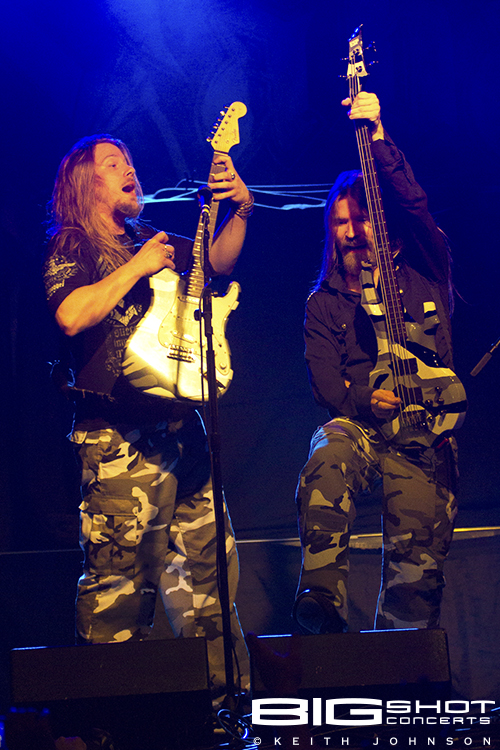 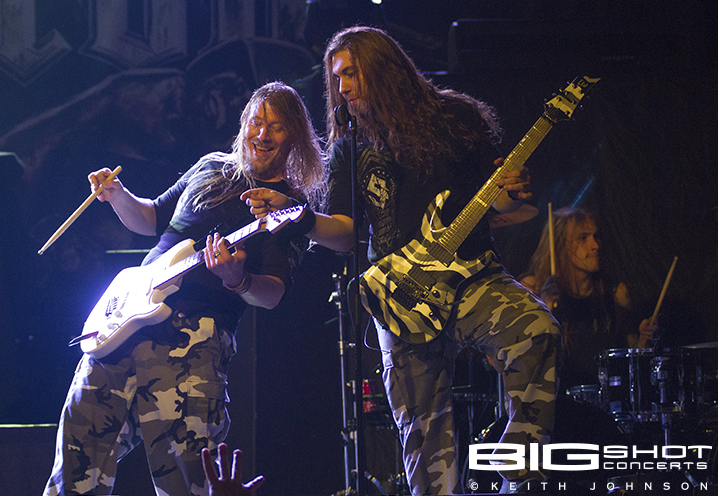 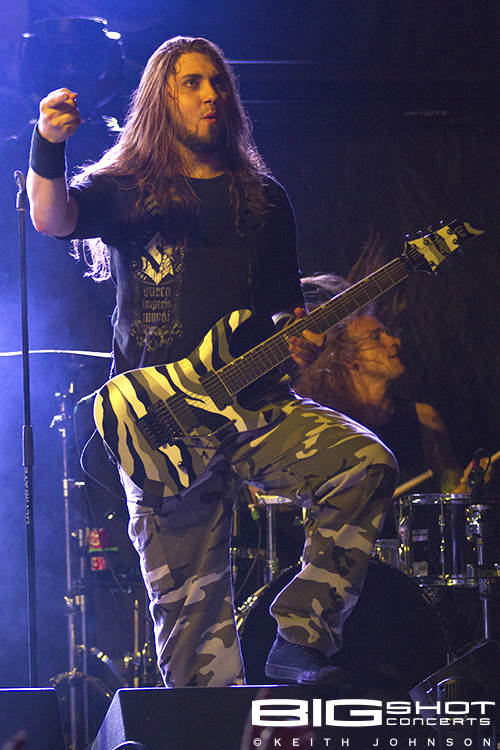