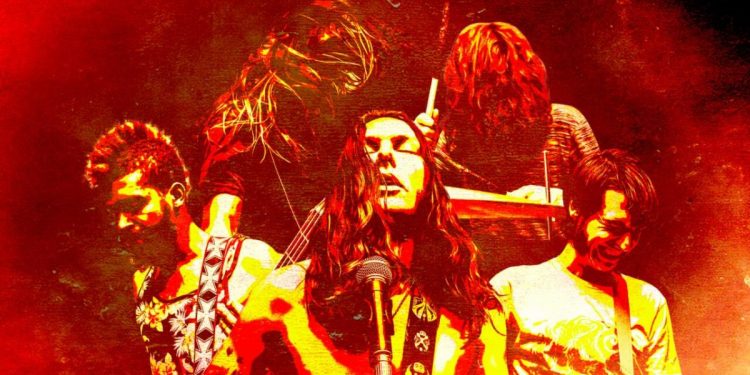 “Who Keeps Score” is the latest video from South African stoner rock kings Ruff Majik. The track is taken from the band’s forthcoming new full-length, The Devil’s Cattle, set for release on October 30th via Mongrel Records, and serves as the first tune from the band to feature new member, multi-instrumentalist, and producer Evert Snyman (Pollinator) on lead vocals.

The animated video is a collaborative effort between Lllewellyn Van Eeden and long-time illustrator of the band, Annemarie Buchner. The idea was to illustrate and animate an enticing storyline about a band of vampire hunters that bit off a little more than they could chew. It’s got church burnings, zombies, high speed car chases, bad dancing – everything you’d want out of a B-movie, jam packed into three minutes and thirty seconds.

Comments vocalist/guitarist Johni Holiday, “Vampires are at large I tell you, vampires! Yeah. No seriously, some people are just so goddamn draining. The only way to beat them is to write a loud and fast song and jam it out with some friends.”

View Ruff Majik’s previously released lyric video for “All You Need Is Speed.”

“Who Keeps Score” is available on all digital platforms at THIS LOCATION with album preorders to be announced in the weeks to come.

Ruff Majik was originally formed in 2012 when the band moved from Lydenburg to the realm of Pretoria. They entered the city as a three piece (Holiday with bassist/guitarist Jimmy Glass, and drummer Benni Manchino) with no real experience in the scene, but a certain drive and ambition that only gods could counter. After three years of adjusting and playing a handful of shows, the band finally released some music in the form of 2015’s The Bear.

Roughly inspired by the DIY ethos of black metal recording techniques, the EP was recorded with two mics in a garage which ultimately explains its grit and distortion. The following year RUFF MAJIK released The Fox which ultimately led to more shows, a spot within the then newly established South African doom/stoner scene, and a few small touring opportunities. 2016 was also the year of the track “Wax Wizard,” a crowd pleasure to this day.

The Swan stuck its neck out in 2017 followed by Seasons, the record that earned the band international recognition. Freak Valley Festival reached out to the band which led to a German/Austrian tour with The Devil And The Almighty Blues in early 2018. Later that year, Ruff Majik played Sonic Blast Moledo in Portugal. The band composed Tǻrn shortly after their return. Recorded in October of 2018 and released through Lay Bare Recordings (Netherlands), the album was followed by a lengthy European tour which included appearances at such illustrious festivals as Smoke Over Warsaw (Poland), Rock In Bourlon (France), Bevrijdings and Sonic Whip (Netherlands), Desertfest (Belgium), and Keep It Low (Germany), as well as shared stages with the likes of Black Pyramid, Sleep, EyeHateGod, All Them Witches, and many others. 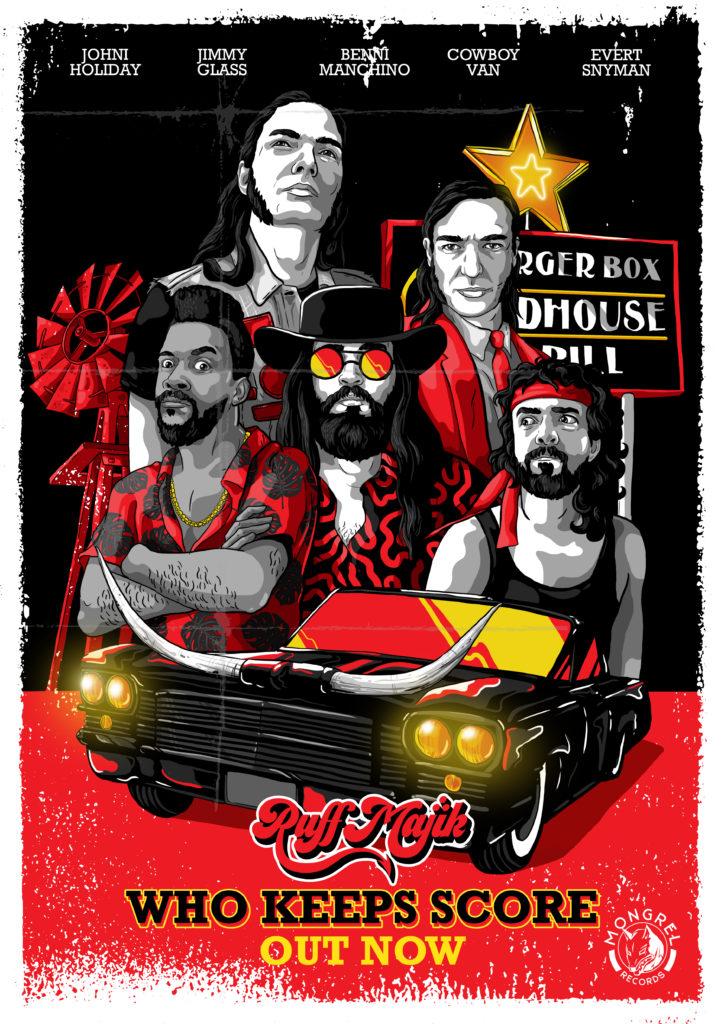 Ruff Majik is currently signed to Mongrel Records, an imprint of Just Music, and will be releasing a new album later this year. Recorded in 2019, the album is equal parts Johni Holiday and new member Evert Snyman.

“Ever imagined what Uncle Acid & The Deadbeats might sound like after inhaling a load of Wolfmother records, then downing a large pot of really strong coffee?” — Classic Rock

“I’m beginning to pick up on a distinctive sound and style belonging to Ruff Majik and them alone.” — Doomed & Stoned

“There’s an authenticity to RUFF MAJIK that is just as valuable as the other metallic exports from their homeland even though no amount of gold can buy it.” — Invisible Oranges

Ovtlier Debuts Official Music Video for "Who We Are"