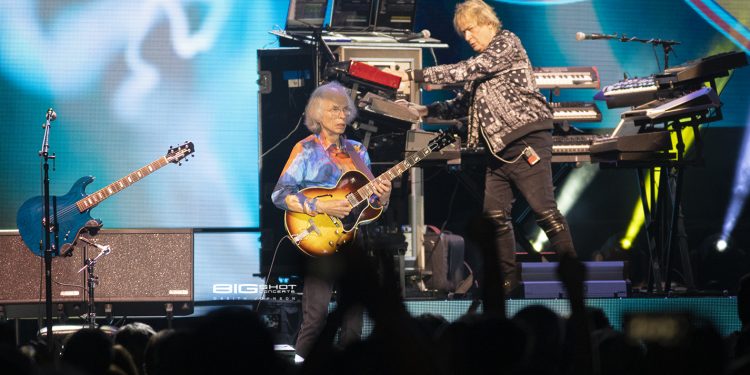 Carl Palmer’s ELP Legacy, John Lodge of the Moody Blues, Asia and Yes held musical court at Hard Rock Event Center in Hollywood, Florida on June 13, 2019. The pioneers of progressive rock were there to deliver a majestic concert during the Royal Affair Tour.

Carl Palmer’s ELP Legacy played tracks that helped advance the prog rock genre. The band consisted of the incomparable Carl Palmer on drums, guitarist Paul Bielatowicz and bass player David Pastorius. The sounds of jazz, symphonic and classical rock echoed through the venue as each musician showcased his ability. Also performing with the group was shock godfather Arthur Brown. Still daringly dapper and colorful at 77 years of age, the flamboyant frontman dazzled the fans with his captivating stage presence.

Up next was John Lodge of The Moody Blues. He is best known as the prolific songwriter, singer and bass player of the band. The rocker was at ease on stage and gave the crowd a first-first rate performance. There were no backtracks and no lip syncing — just a love for performing live.

Prog rock supergroup Asia continues to play music with some of the very best (and original) musicians. For the Royal Affair Tour, the lineup featured Carl Palmer, Geoff Downes, Steve Howe, Billy Sherwood and Bumblefoot. Throughout the years, Asia has swapped out band members. But filling those spots with superior players has always been paramount. For this tour, mastery of instruments was undeniable.

Carl Palmer is, and will always be, a drummer with unlimited talent. His creatively technical style of playing offered plenty of flair without compromising the rhythm of the concert. Fans of Geoff Downes knew exactly where to find him — standing in front of, and flanked by, a wall of keyboards. His influences include New Wave and electronic rock, both sounds filled the venue as he stretched his arms above and across his body to play his instruments. Guitar virtuoso and founding member Steve Howe stood with unassuming confidence as he strummed out licks to some of the most recognizable song intros of the 80s. Holding down bass duties was Billy Sherwood. He joined in 2017 but played like he was with the group from the beginning. The newest member is Ronald Jay Blumenthal, better known as Bumblefoot. It is just his first year in the band, but he has already has already taken on some major responsibilities: lead guitarist and lead singer.

For more than 45 years, Yes has been writing and performing multi-faceted songs that are intricate, graceful and always technically savvy. No matter the decade, the concert experience has never been about loud distortion or pent up aggression. Rather, the arcane lyrics and sounds take fans on an aggrandized musical journey into the surreal. Though the band has gone through several personnel changes in their 20 album career, one things has always remained the same — a commitment to excellence by every member who has played an instrument or sang into a microphone. Along for the ride was singer Jon Davison, guitarist Steve Howe, drummer Alan White, keyboardist Geoff Downes and bassist Billy Sherwood with drummer Jay Schellen.

Yes is currently touring the world and shows no sign of slowing down. All good people in attendance at the Hard Rock Event Center in Hollywood, Florida were treated to exceptional music from one of the most iconic bands in rock -n- roll. 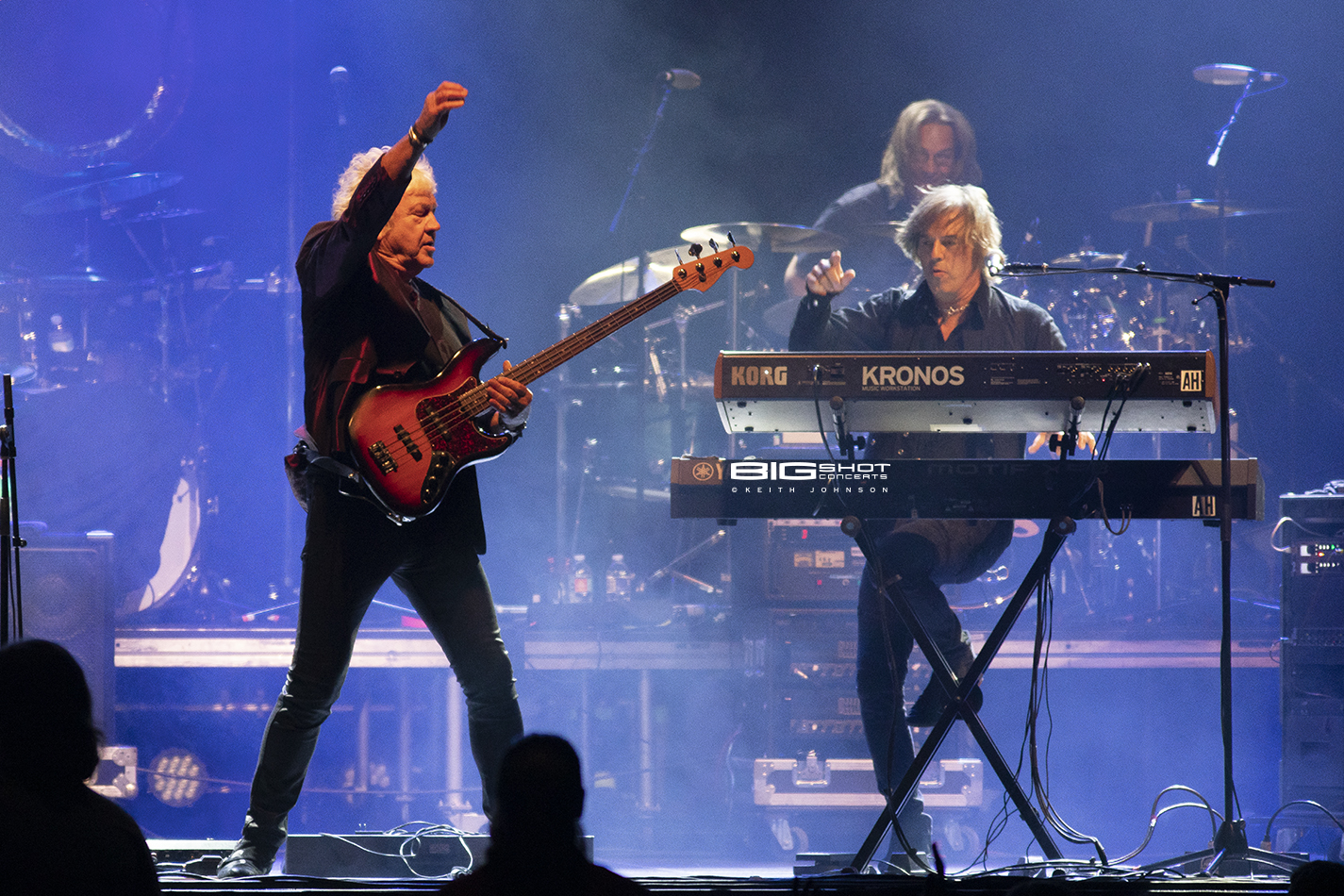 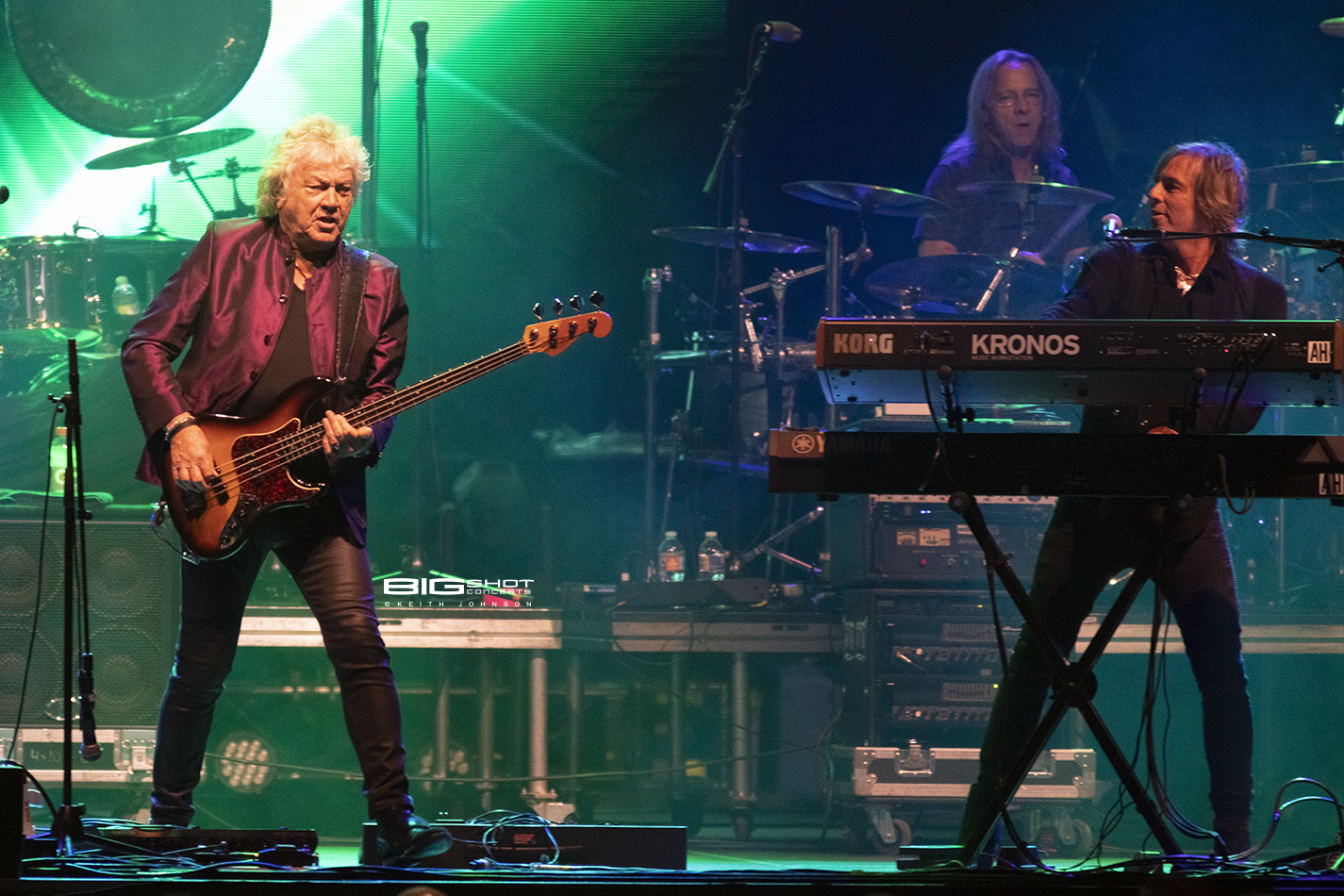 John Lodge of the Moody Blues in Hollywood, Florida. 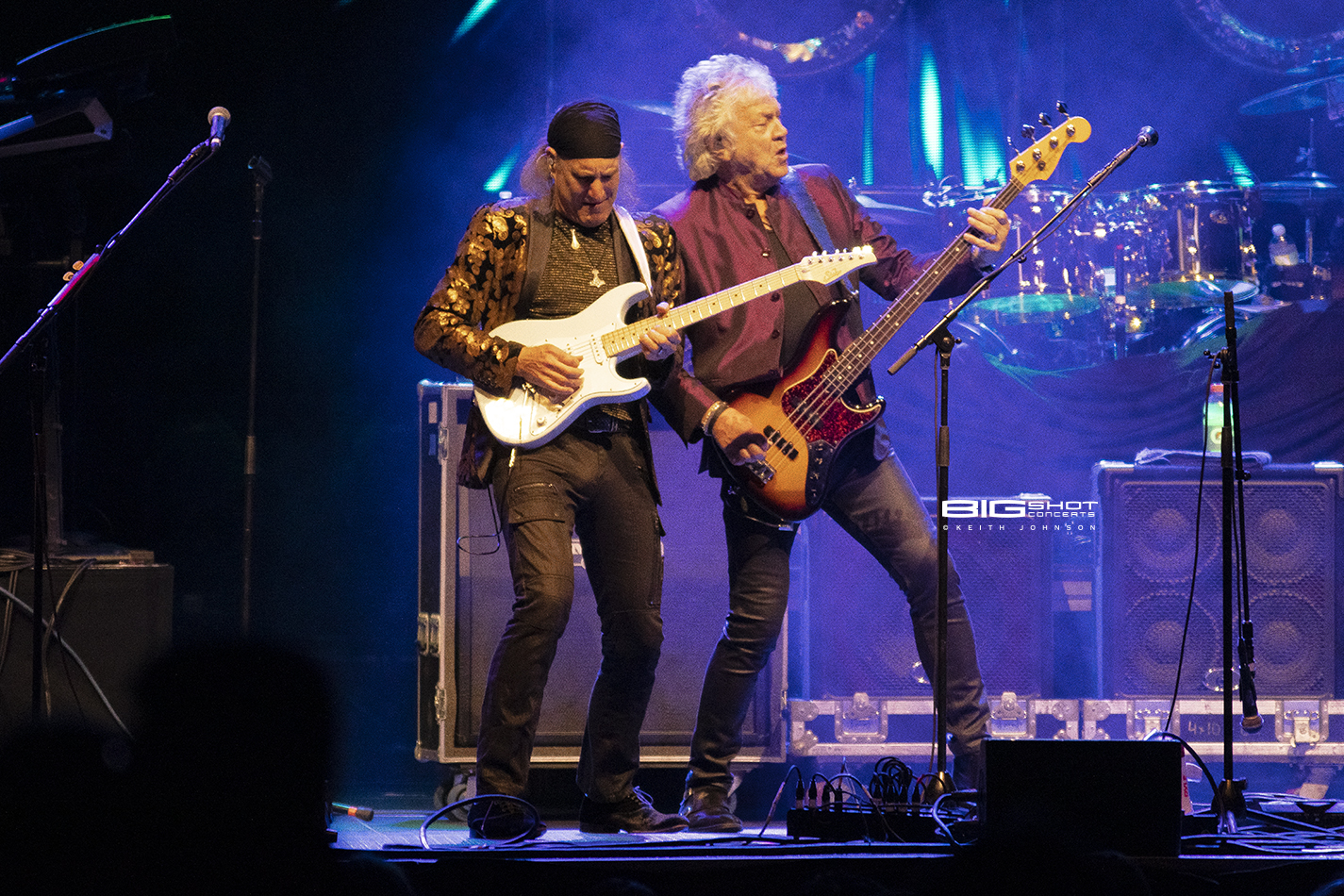 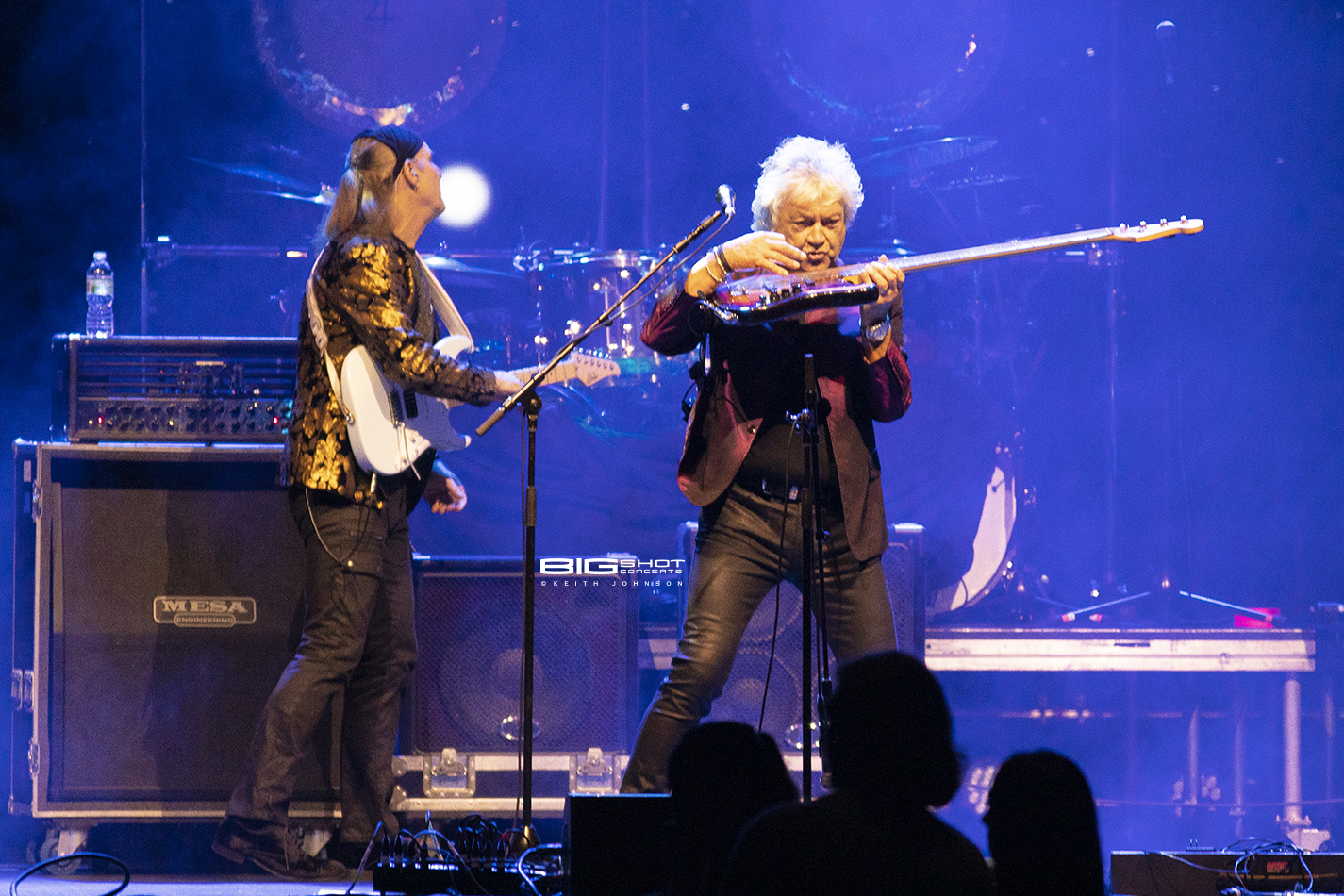 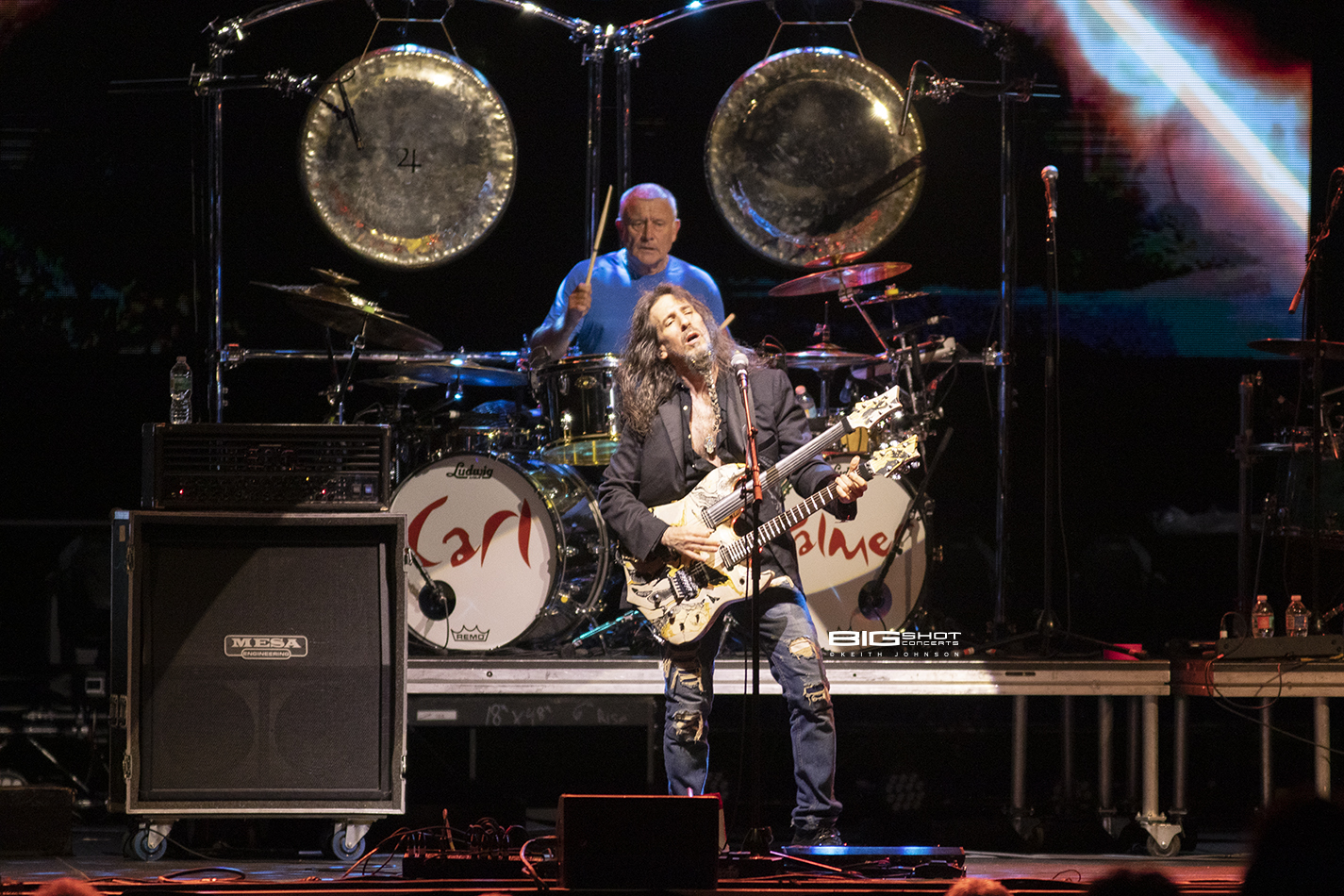 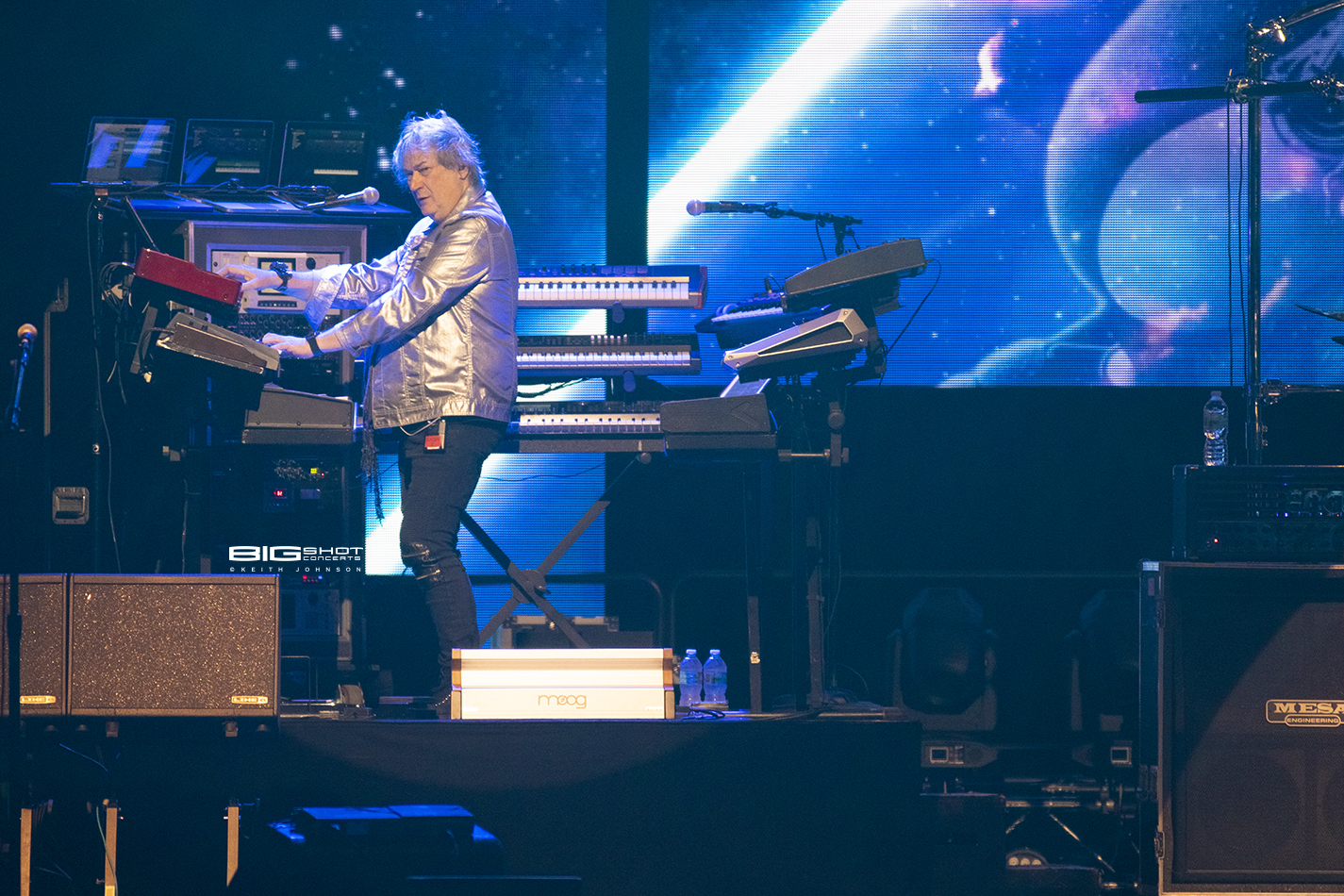 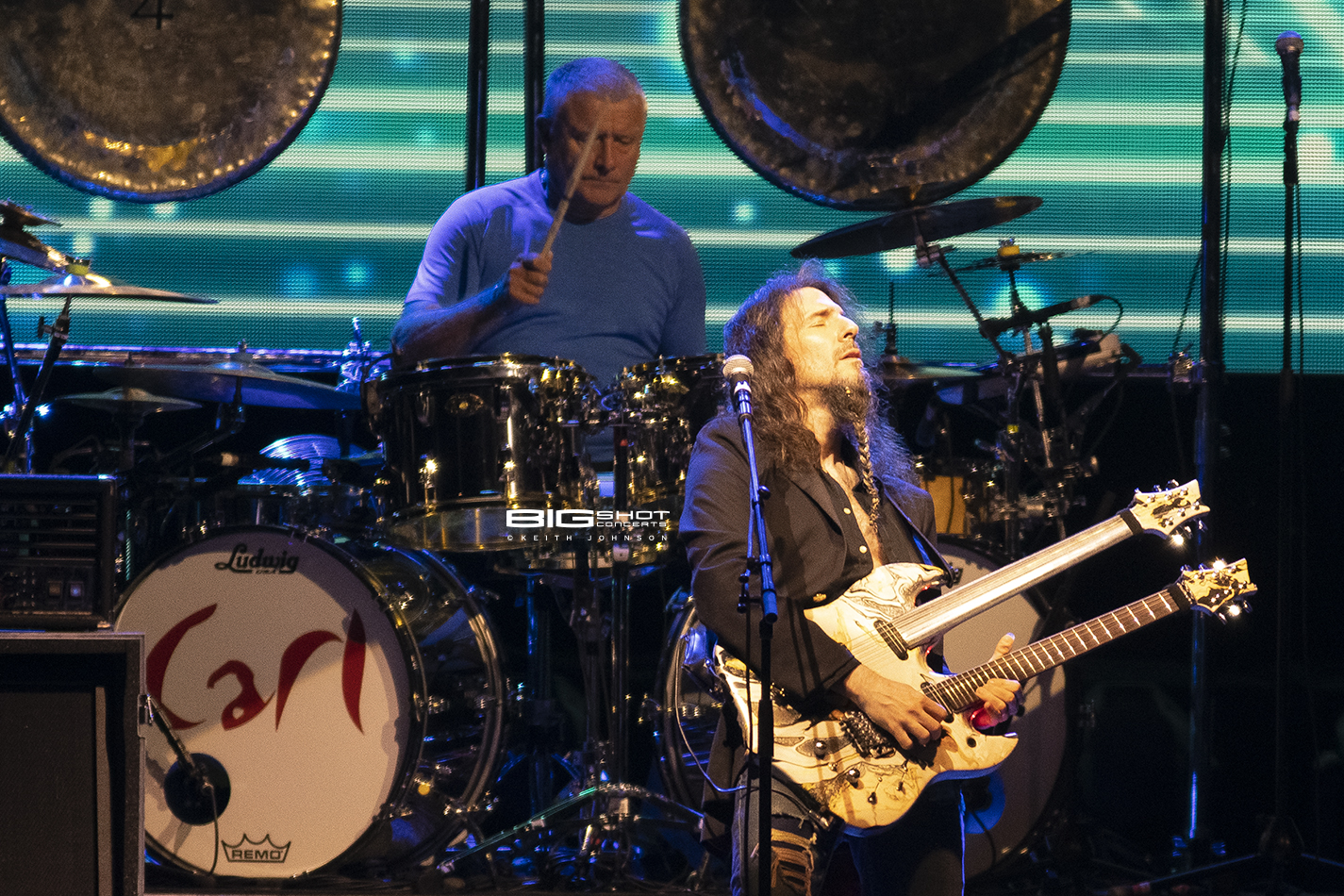 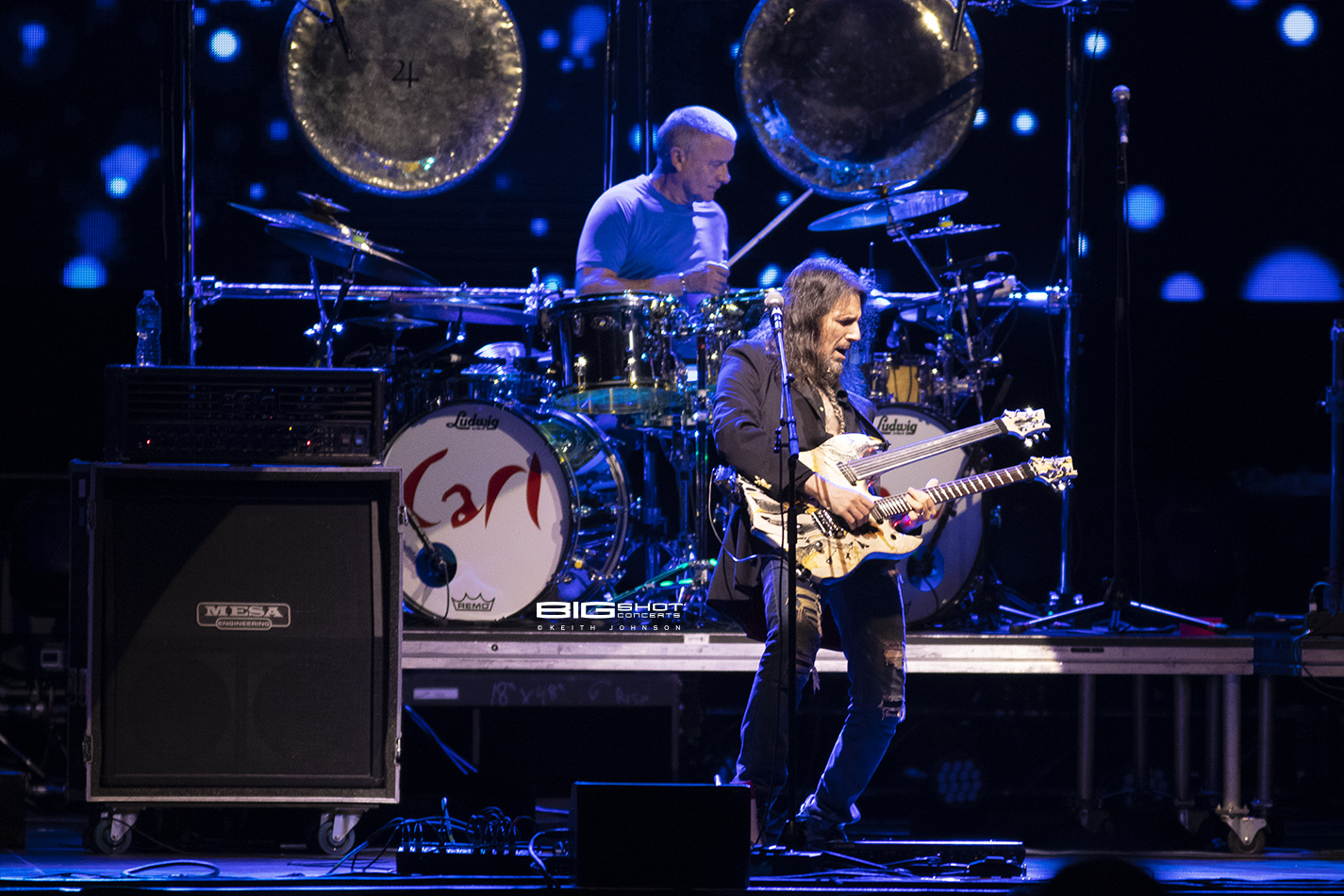 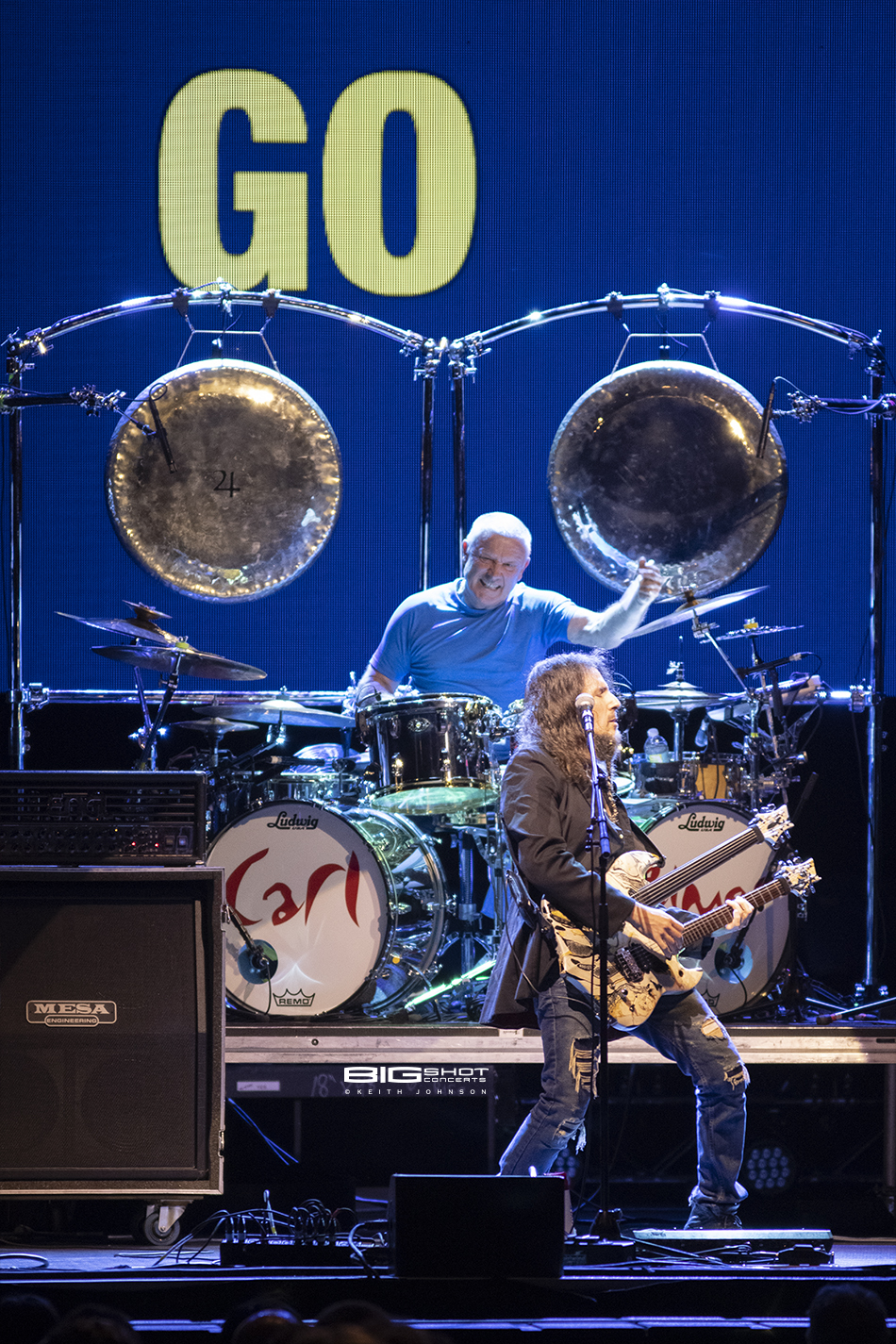 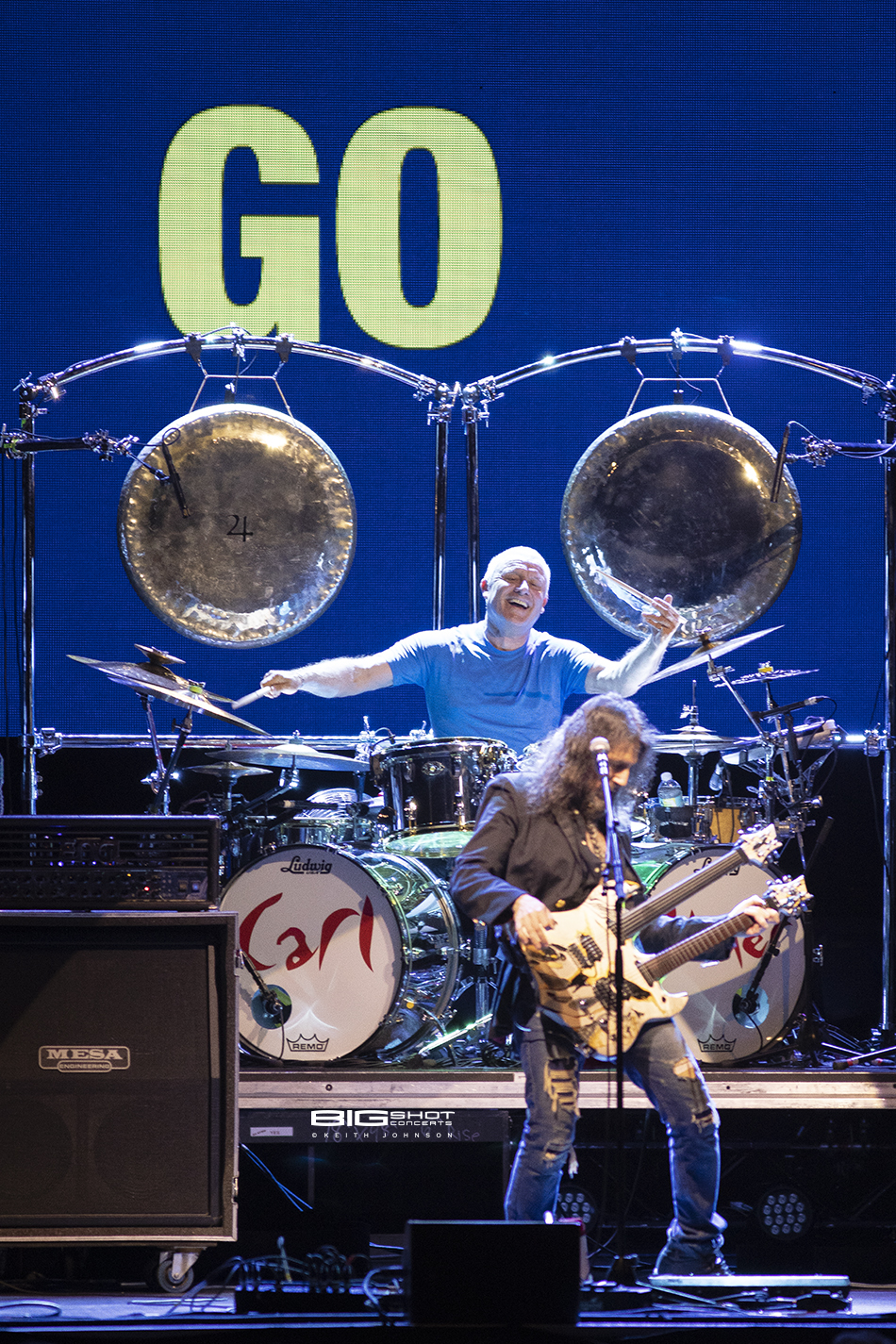 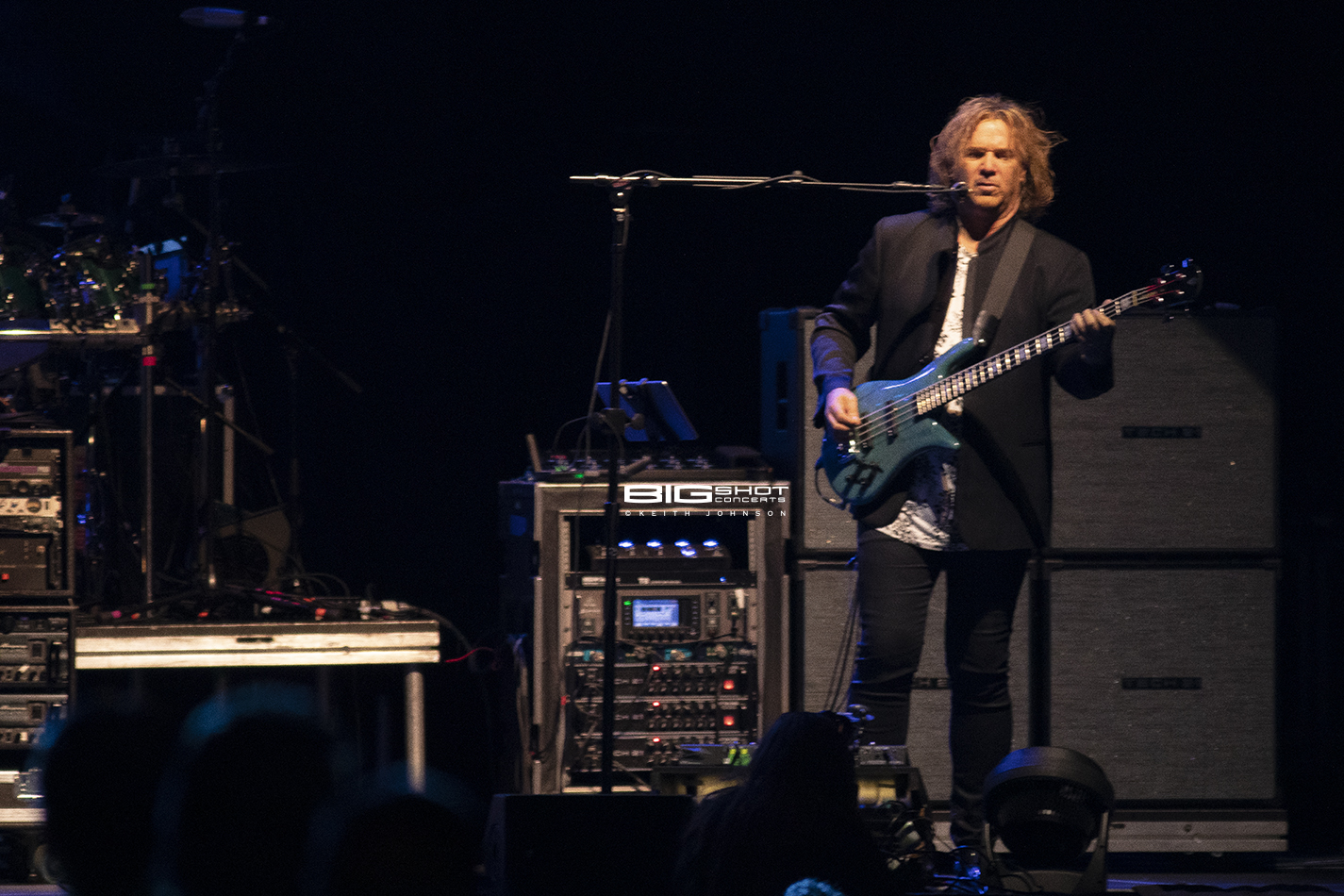 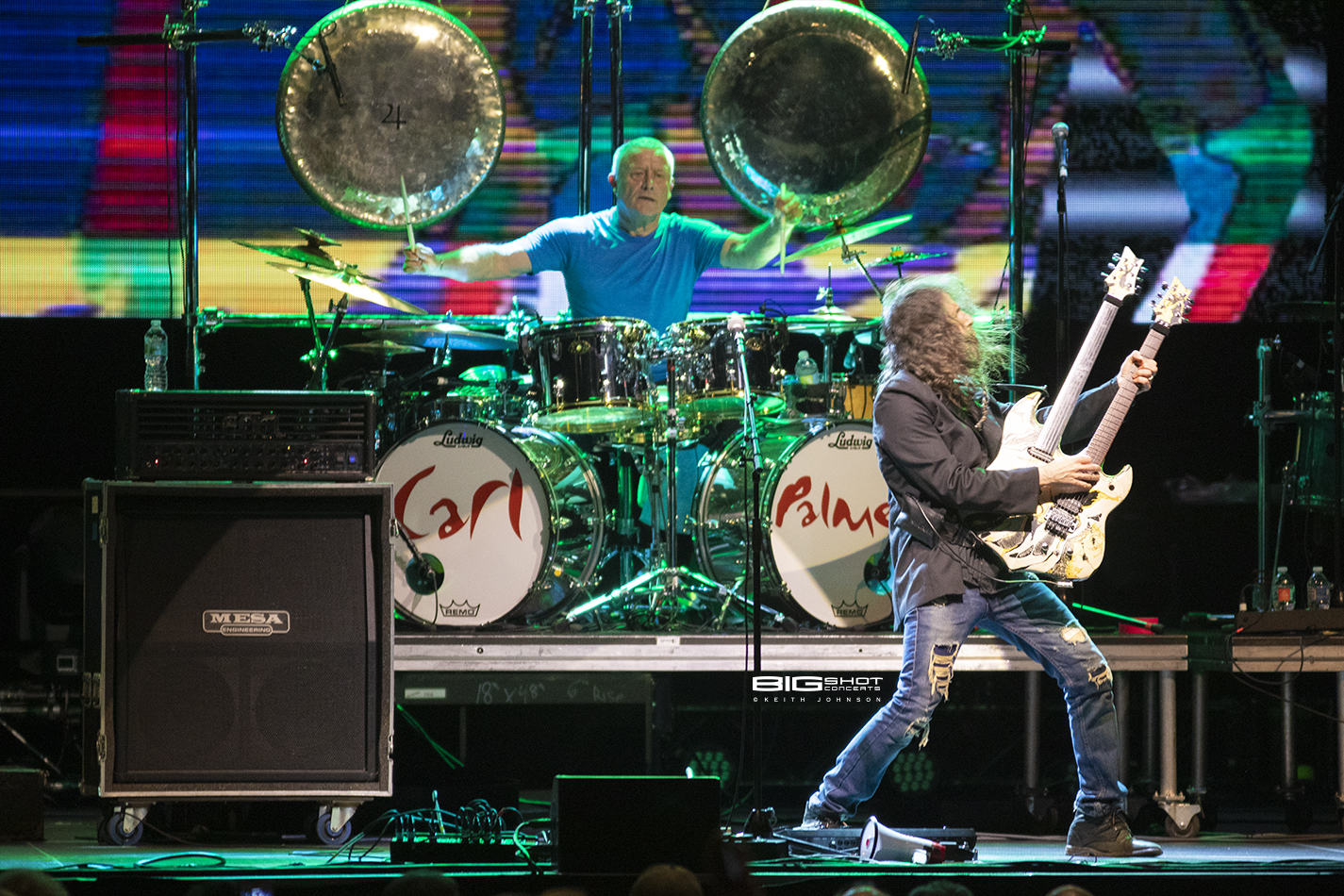 Carl Palmer and Bumblefoot of Asia. 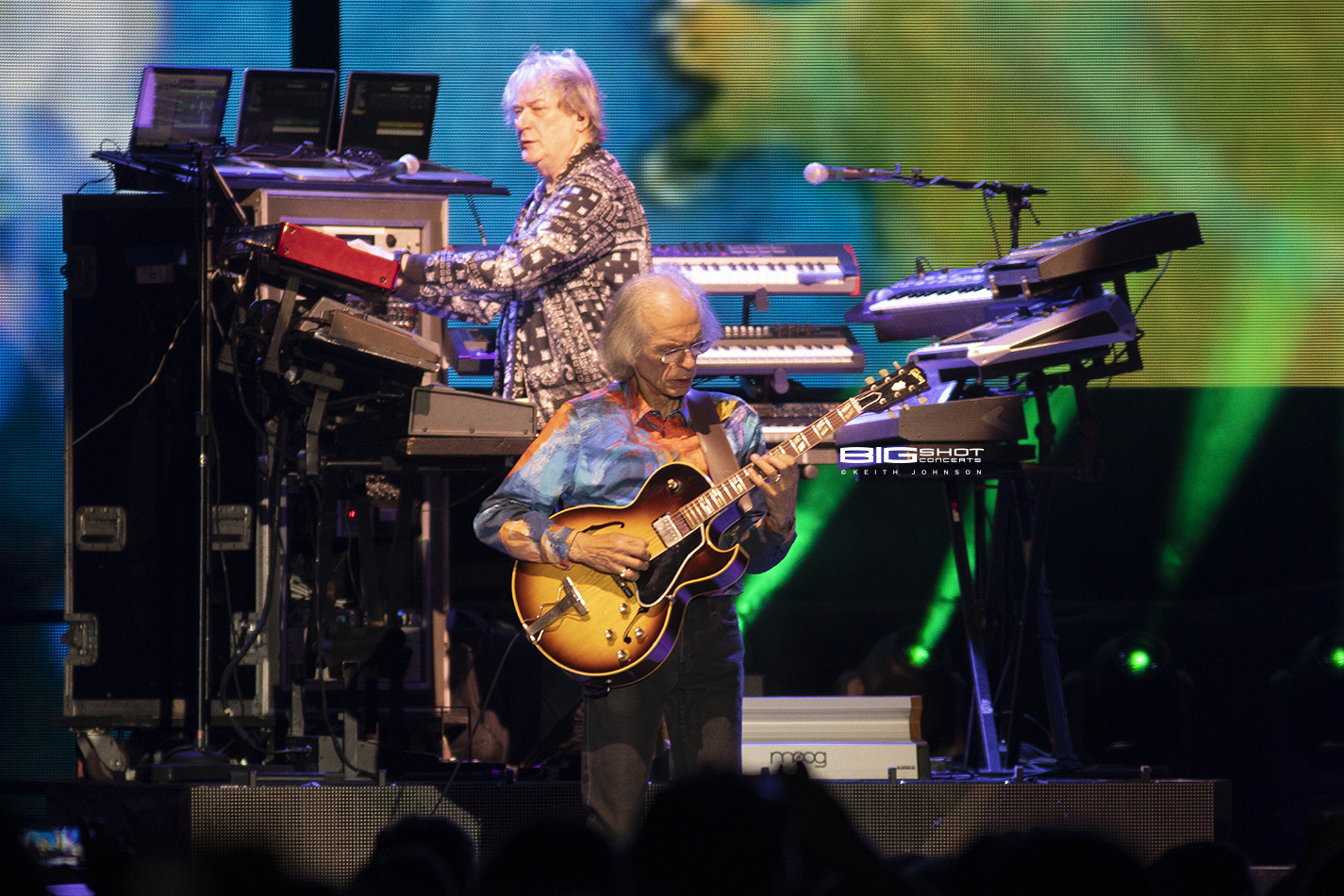 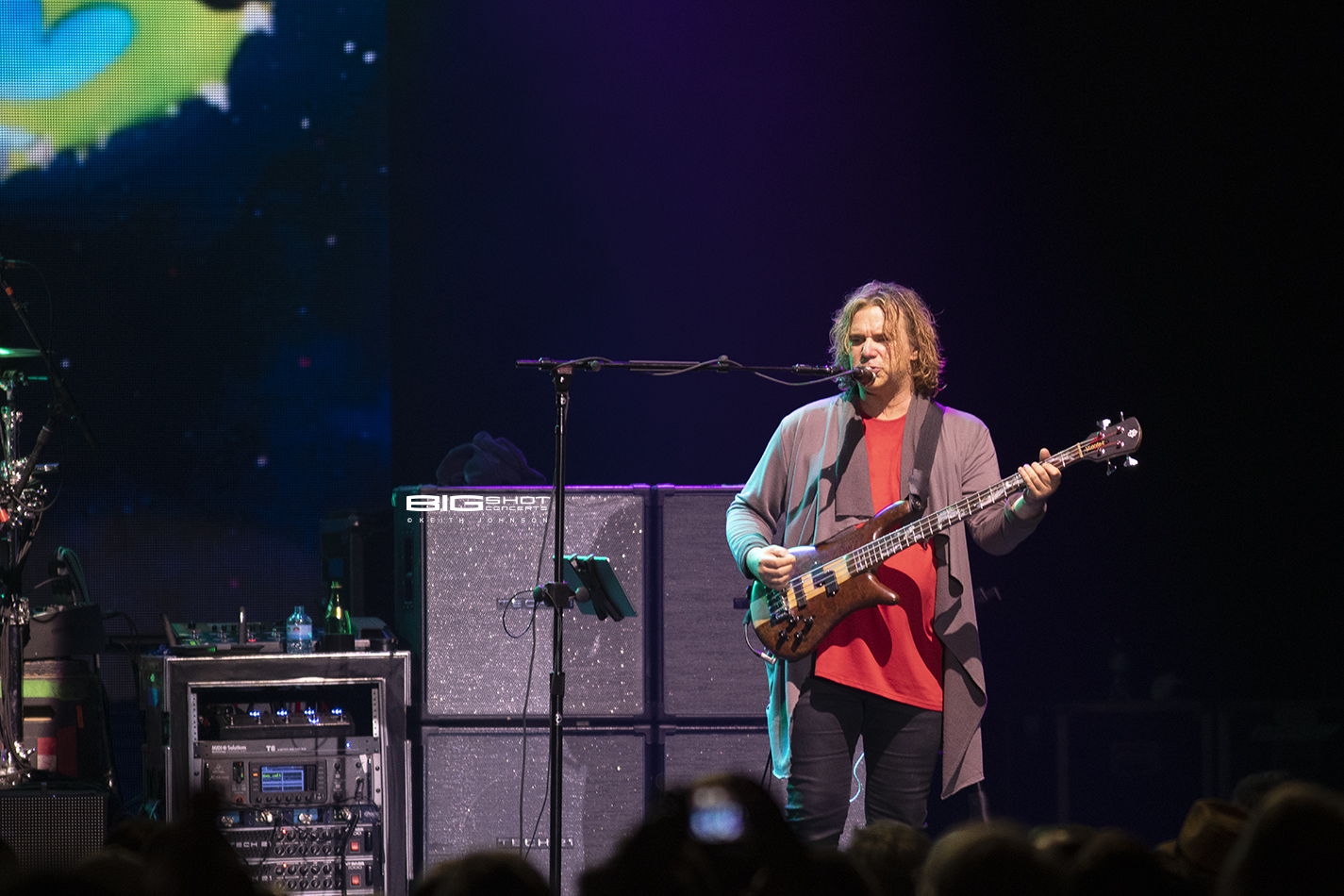 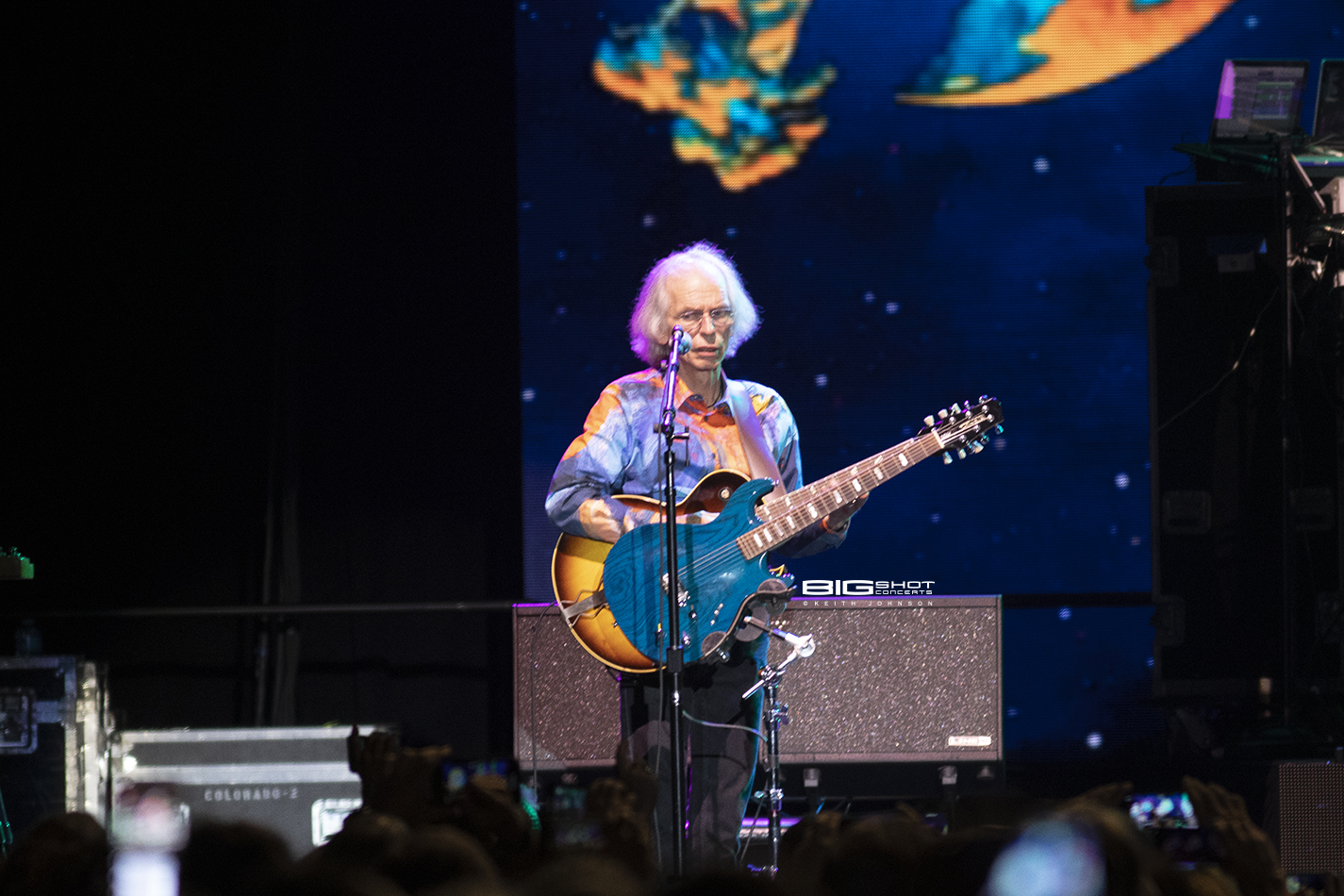 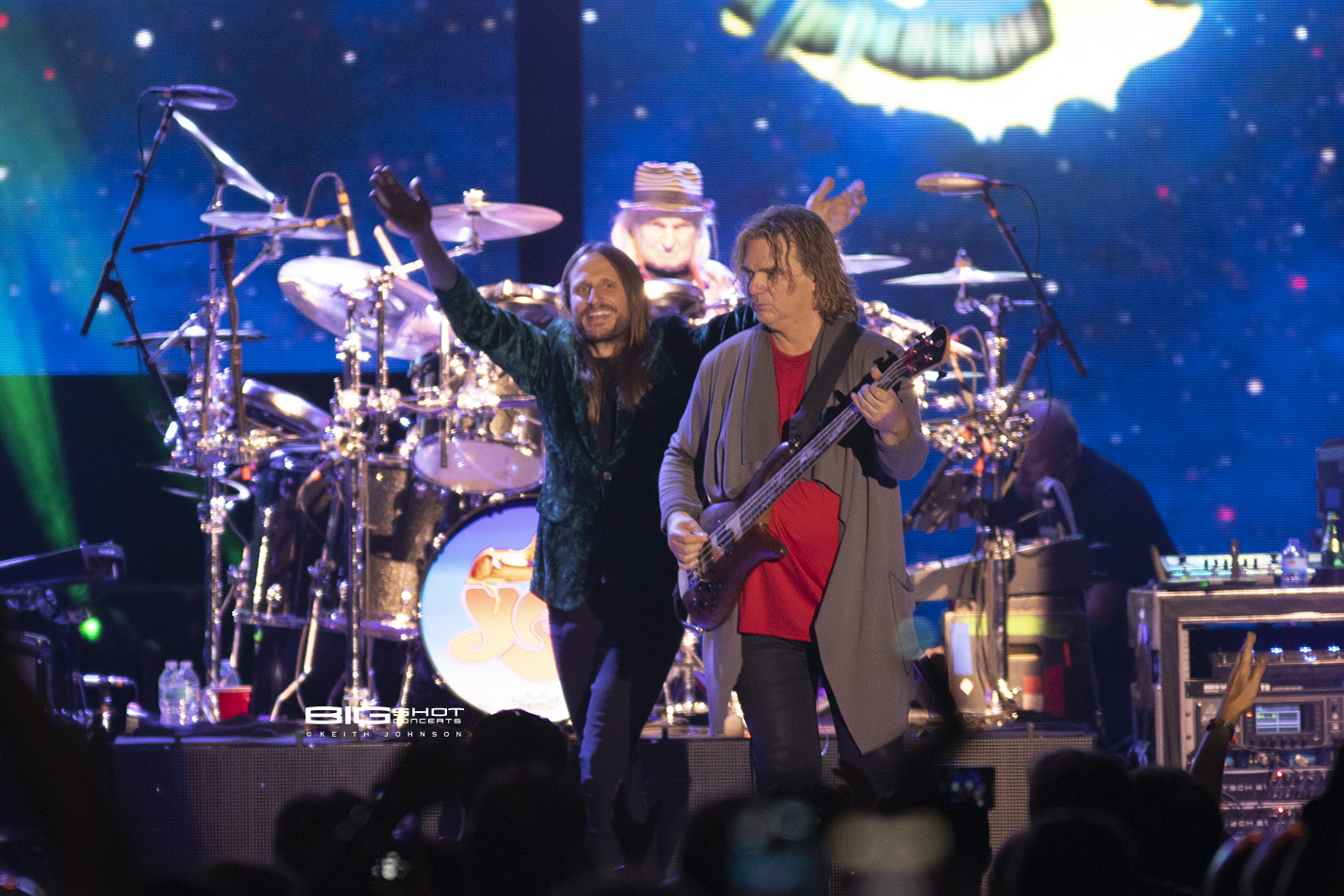 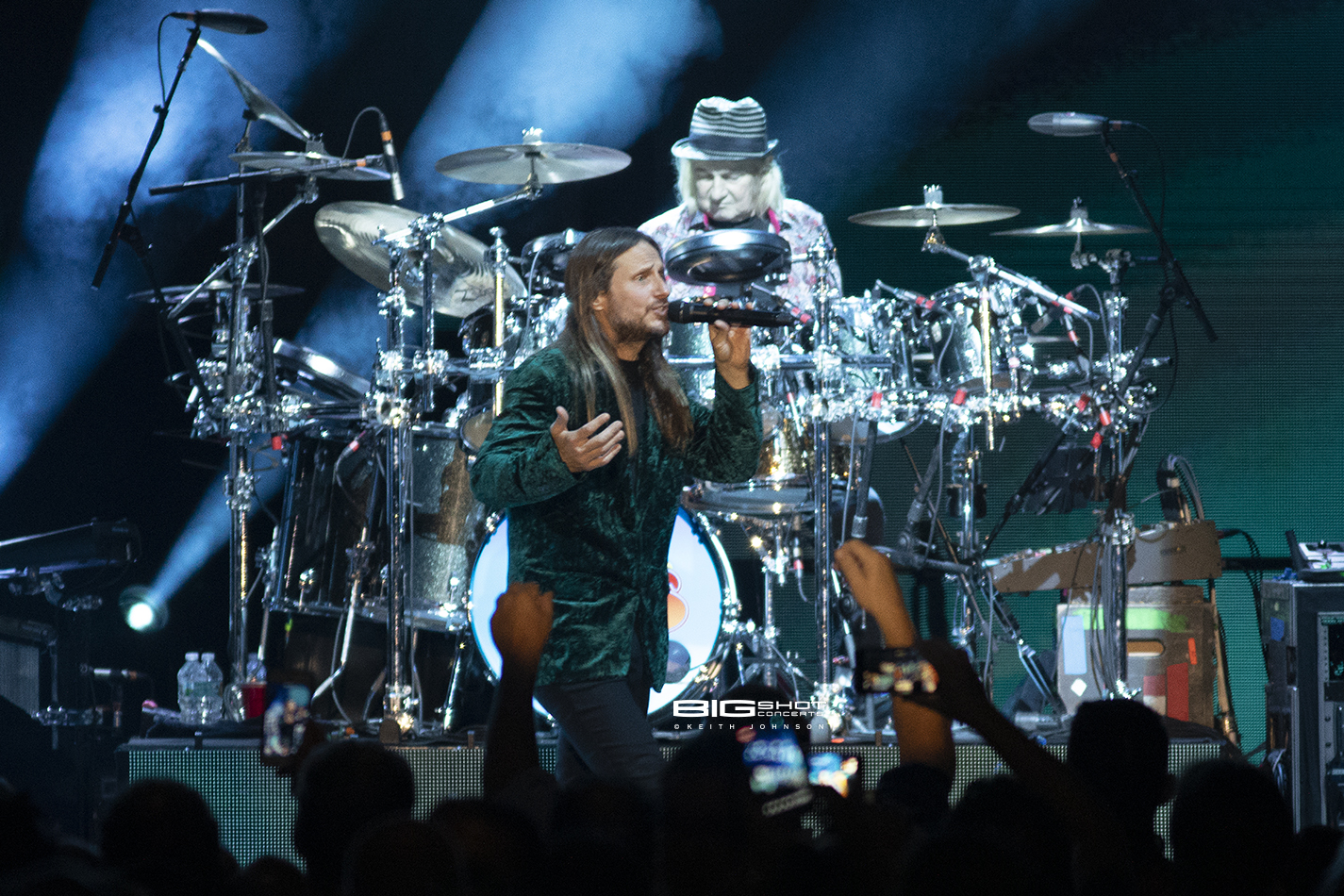 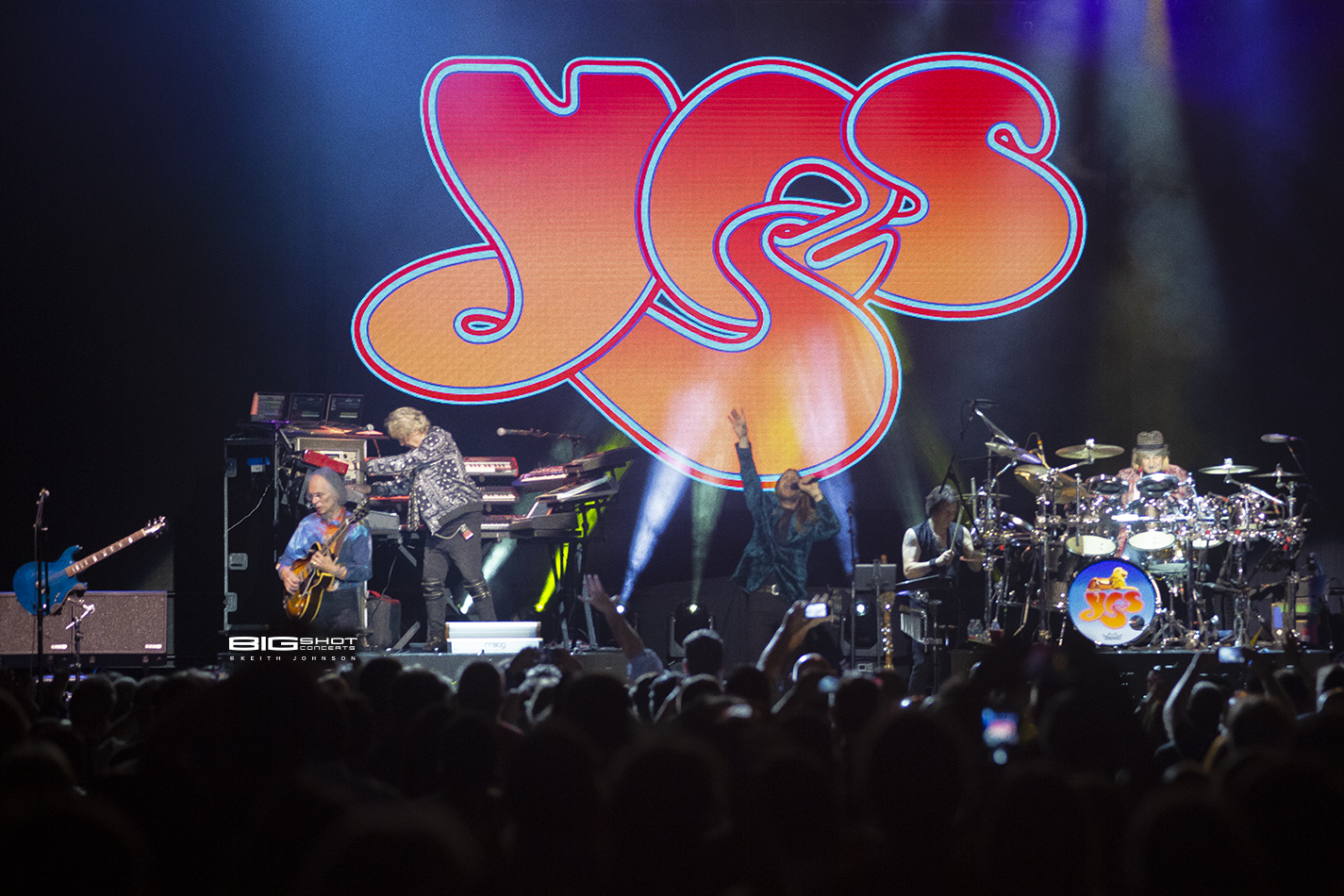 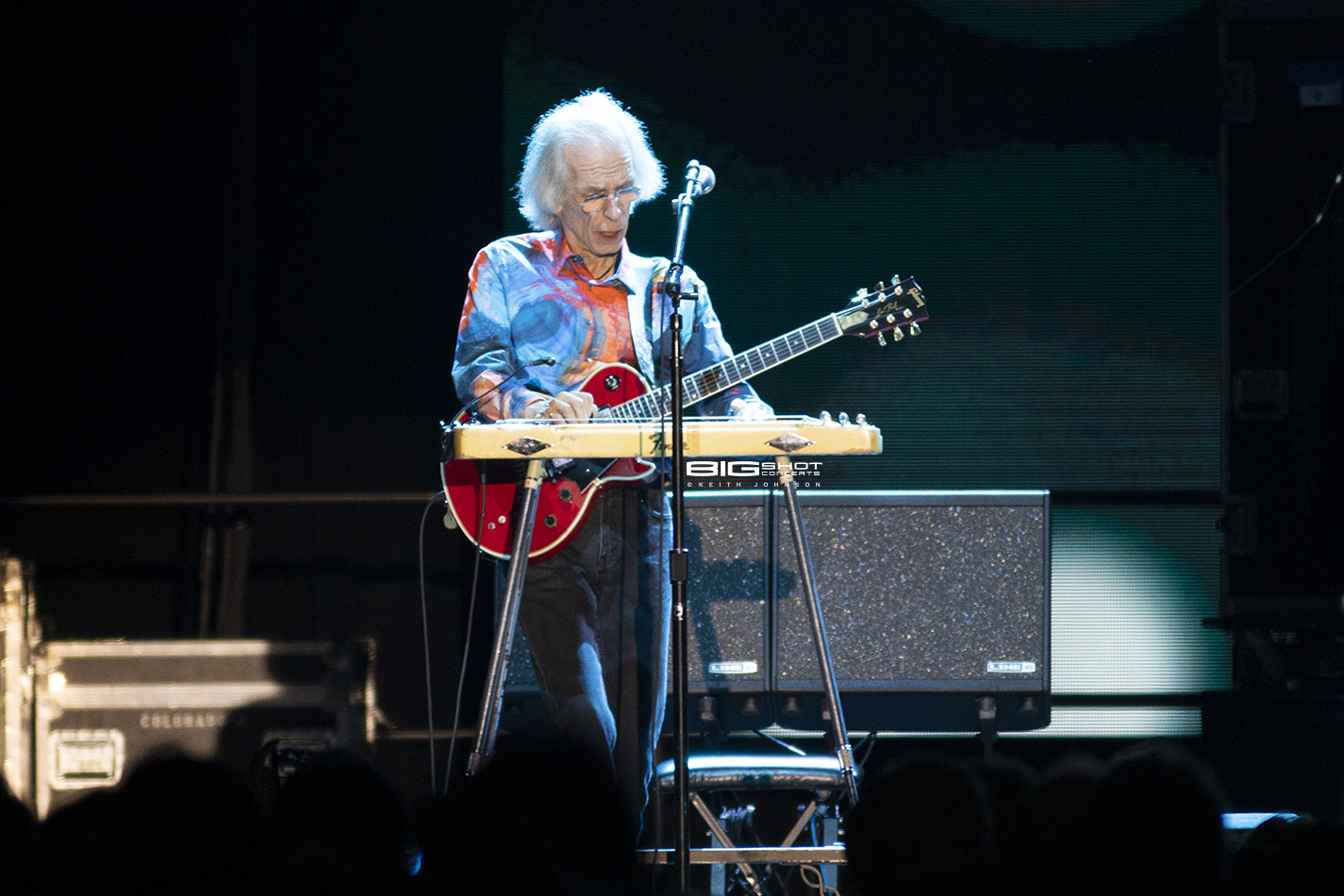 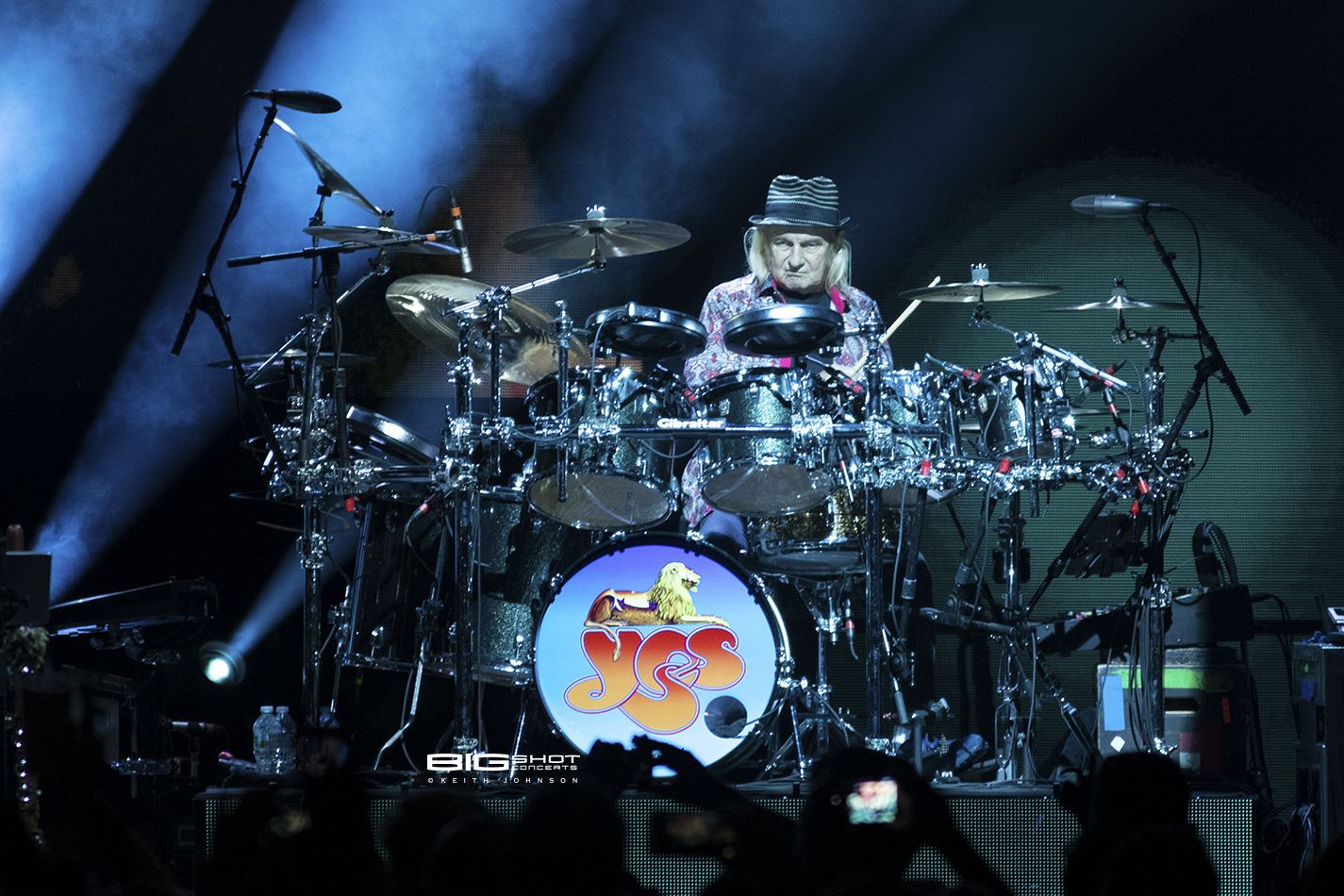 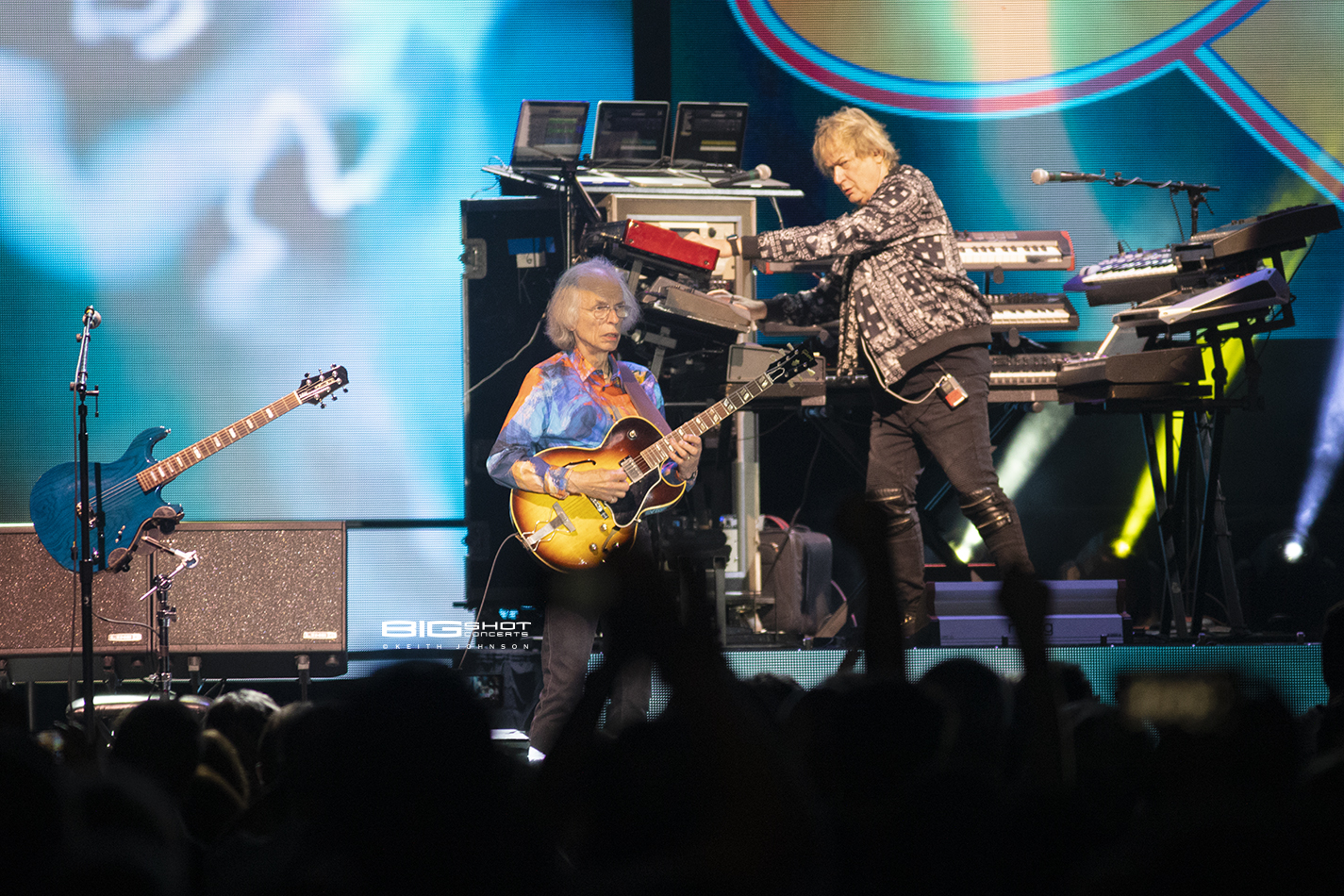 Photo of the Royal Affair Tour 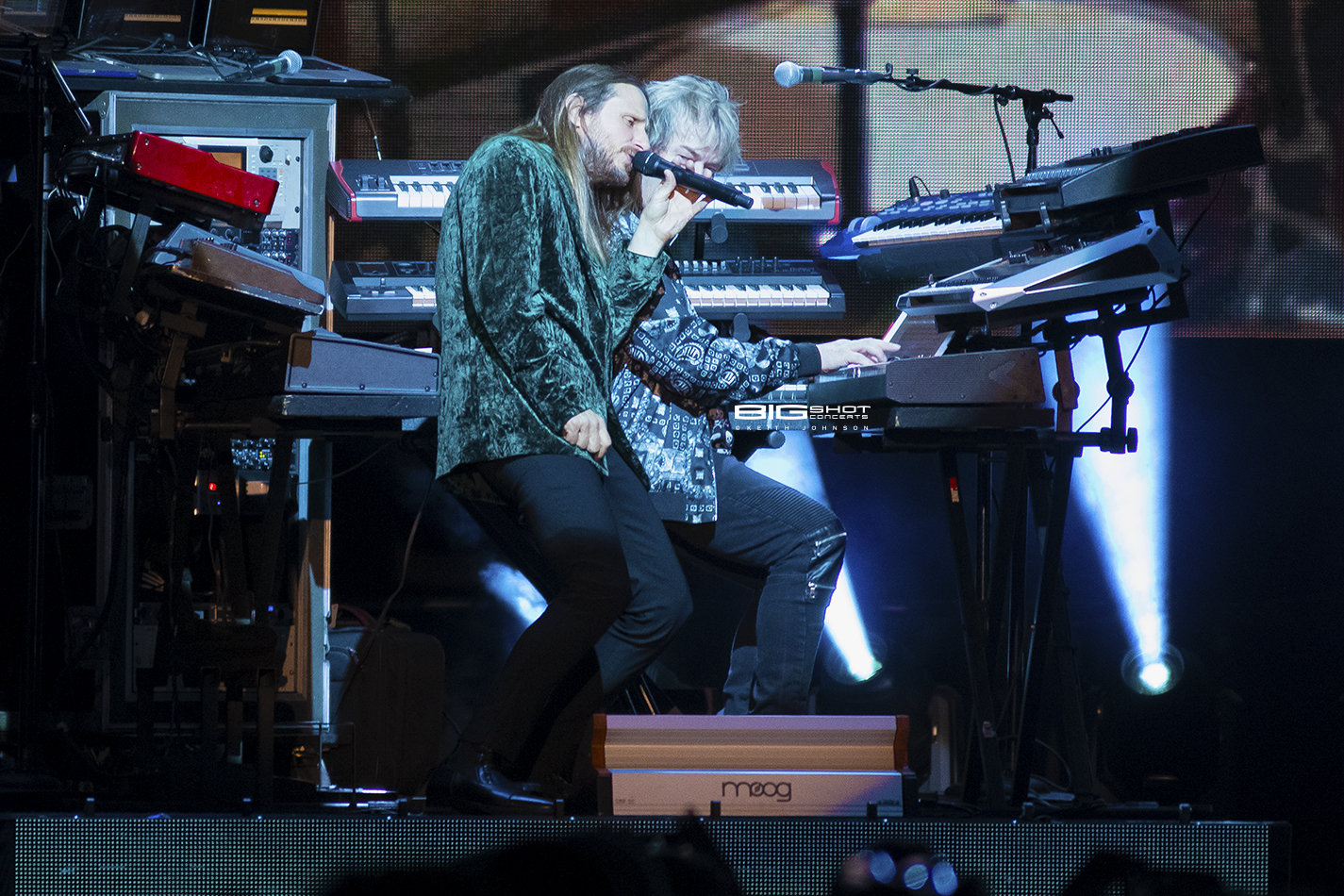