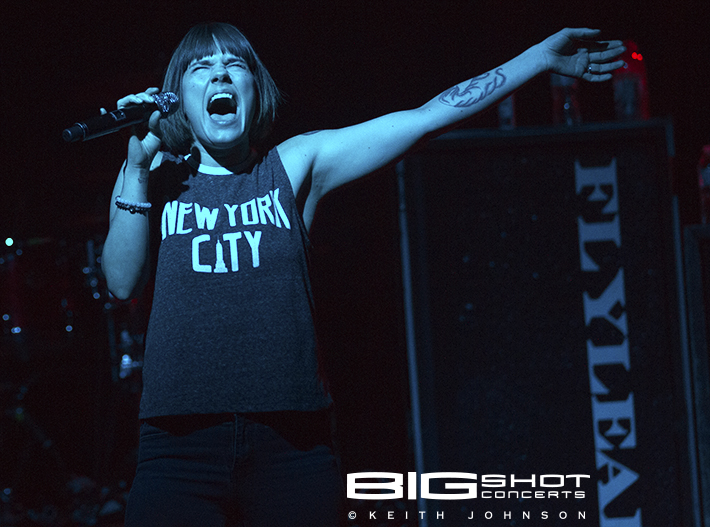 Excited fans lined up more than an hour before showtime for this highly-anticipated concert featuring Flyleaf, The Agonist, Fit for Rivals, Diamante and Falling for Scarlet. The vibe from the crowd was that of eagerness — as everyone anxiously awaited the opportunity to spend the night with the leading ladies and their bandmates.

Canadian quartet Falling for Scarlet was the first female-fronted band to take the stage and they opened the concert with aplomb. Their set was heavy and melodic with plenty of high-intensity sexiness provided by lead singer Lee Tomaschefski. Backing this pop/rock band was guitarist Luke Danelon; and the driving rhythm section of Steve Booth and drummer Ricardo Viana. Though their hit song says they’re an “Army of One,” Falling for Scarlet’s sound and live shows will certainly put them at the frontline with plenty of followers behind them.

The shirts at the merchandise table of teen rocker Diamante read: I Just Don’t Give a Fuck Tonight. But her performance said otherwise. That’s because it was raw, gritty and full of unabashed attitude. The dirty blonde sang songs like “Bite Your Kiss” and a cover of Skid Row’s “Youth Gone Wild” with a sultry snarl, leaving little doubt that she deserved to be one of the hottest chicks in hard rock. Her edgy style and commanding performances have earned her the coveted title of Teen Artist of the Year. Obviously looking to celebrate, she let the fans at Revolution Live know “There’s a Party in My Pants” — and everyone was invited.

Floridans Fit For Rivals played a dark and brooding set with stage lighting to match. When not shroud in darkness, Renee Phoenix and her bandmates were washed in reds and purples, fitting for a night of Steady Damage. Their performance during Revolver Hottest Chicks in Hard Rock was a fiery fit of aggression fueled by wailing vocals, screaming guitars, exaggerated bass lines and furious drum fills accented by deafening cymbal crashes.

The Agonist delivered an over-the-top rock concert with brand new singer Vicky Psarakis screaming and growling in the forefront. Dual guitarists Danny Marino and Pascal “Paco” Jobin rifled through riffs with blazing speed. Chris Kells rhythmically jarred fillings loose with thumping bass lines while drummer Simon McKay unleashed a full-out assault on his drum kit. With Psarakis behind the microphone and belting out tunes like “Disconnect Me” with thunderous authority, she easily connected with all the metallers in the crowd. The band is out on the road in support of Eyes of Providence, their fourth full-length album.

Flyleaf’s headlining performance included a bit of rock, grunge, alternative and even the stylings of Christian rock. Frontwoman Kristen May sang with genuine sincerity, and her enthusiasm spilled over onto the fans. The energy felt during this set was infectious, being spread by guitarists Sameer Bhattacharya and Jared Hartmann, along with bass player Pat Seals and drummer James Culpepper. After more than a decade of making music, Flyleaf still relies heavily on different perspectives and ever changing life experiences to push their music to the next level. And the diversity was notably cohesive during their concert with the Revolver Hottest Chicks in Hard Rock tour. 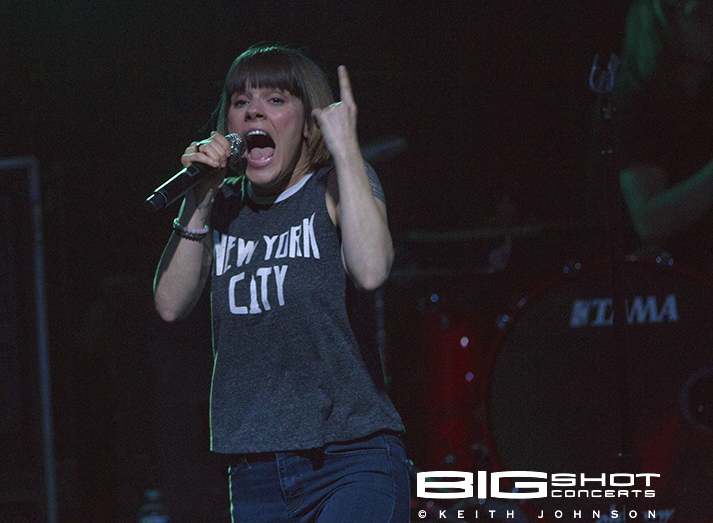 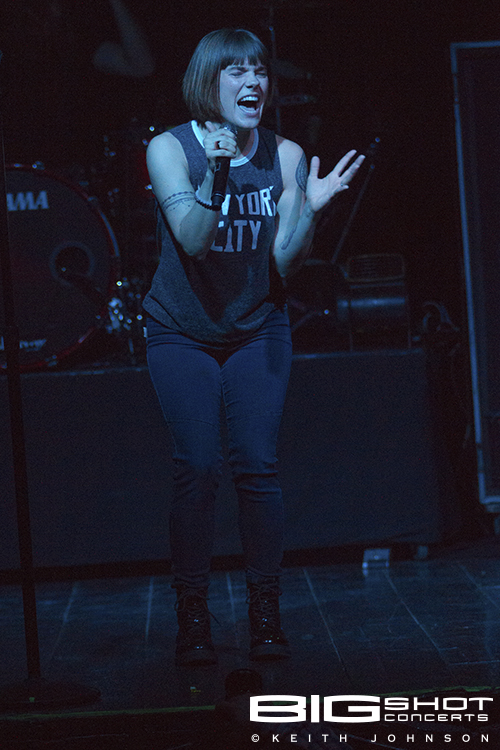 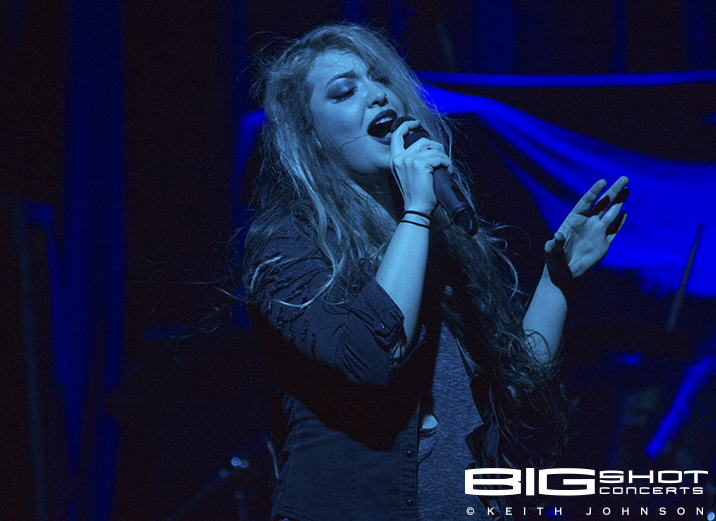 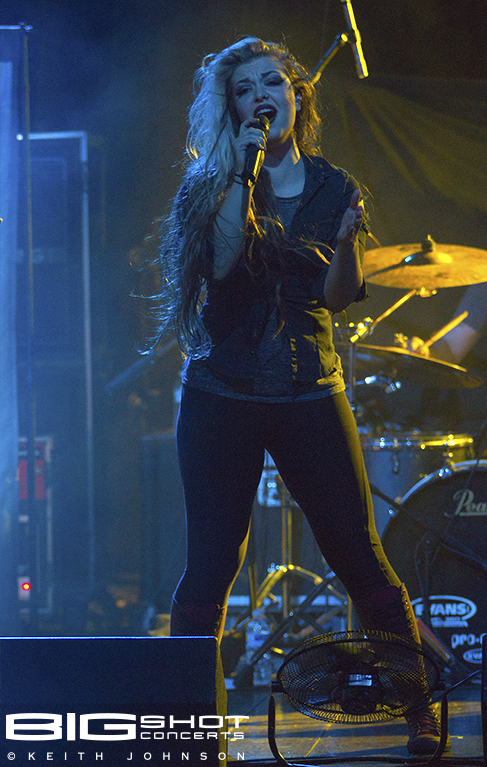 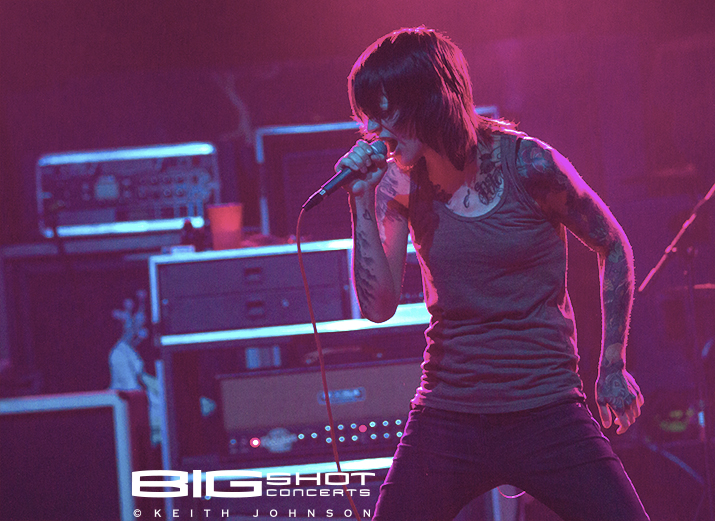 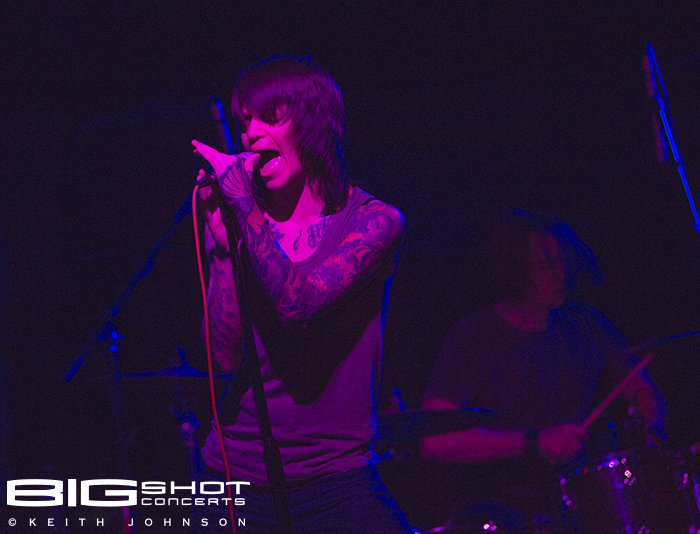 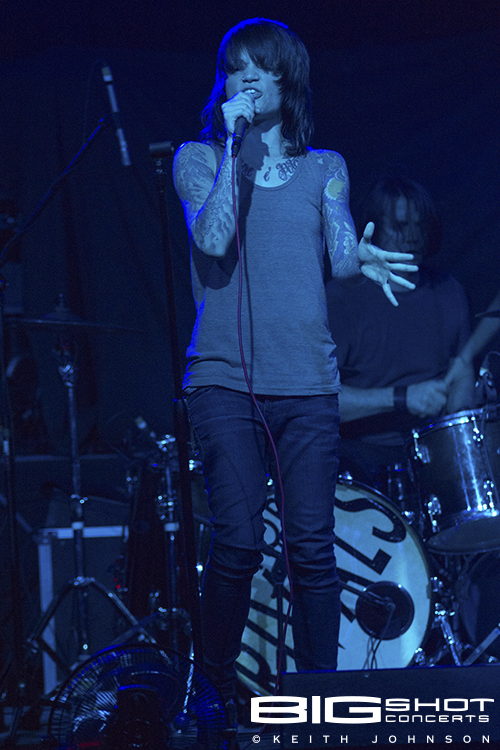 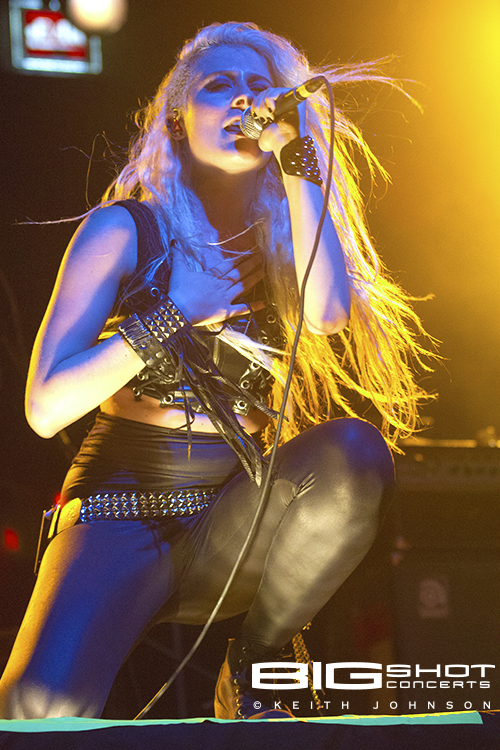 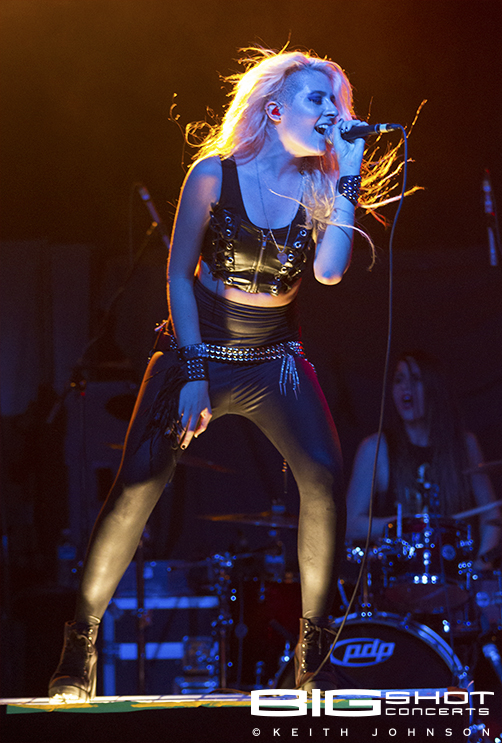 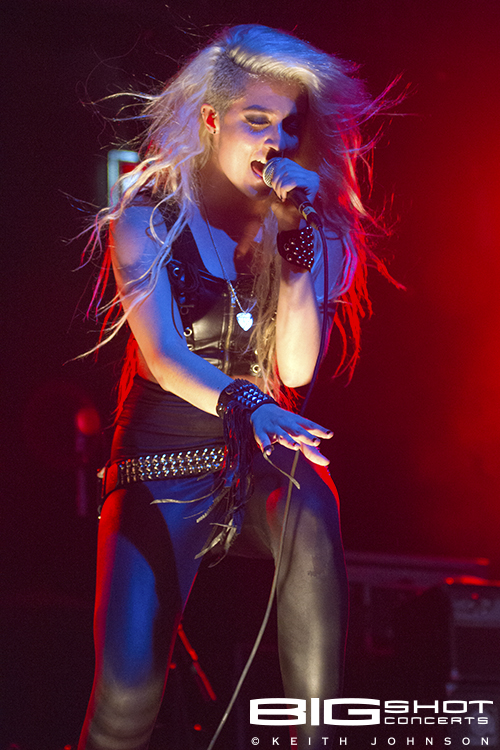 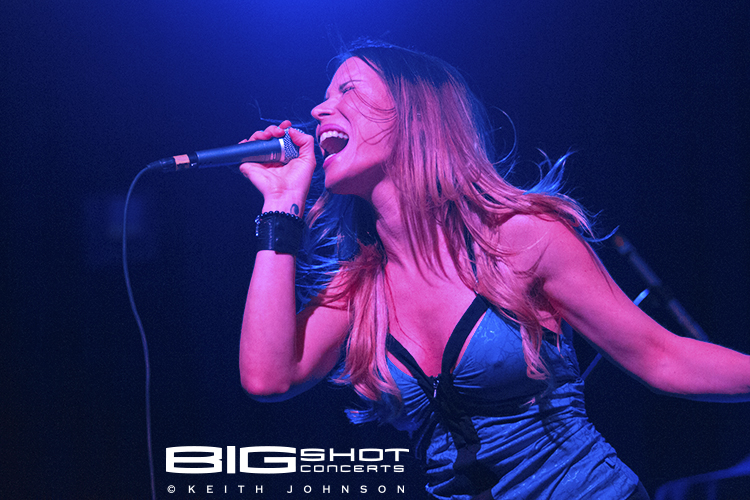 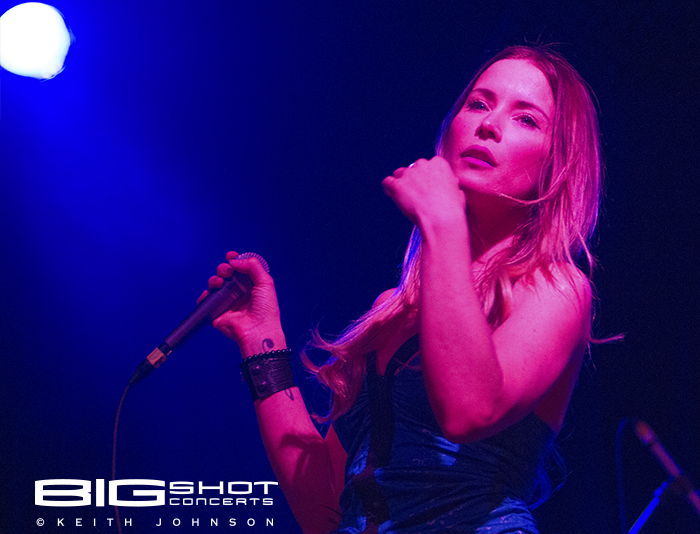 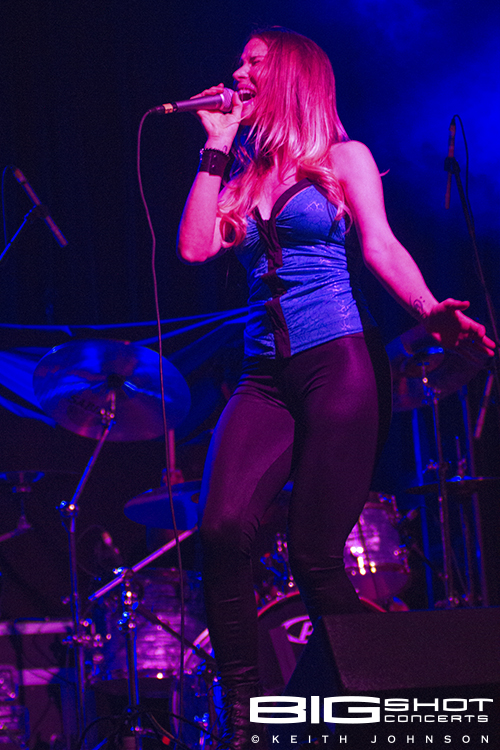