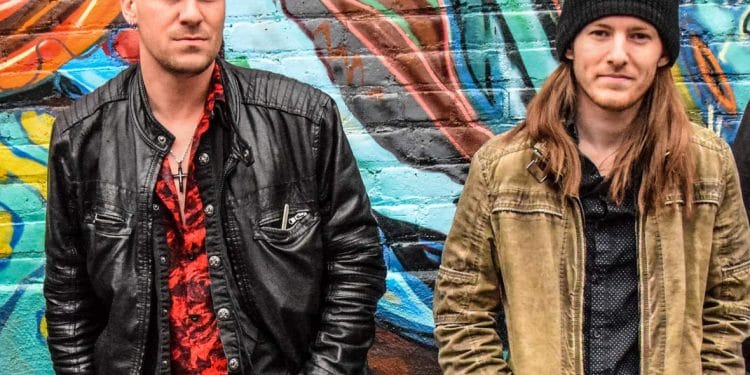 Reverend Jack announces release of their debut album A Mile from Home along with a new single “Crimson Seed” via Resurgence America.

Reverend Jack is based out of Madisonville, Kentucky, and led by singer Eric Harmon and guitarist Dustin Back. After several years of performing and writing songs, the band was discovered by Resurgence America while performing at the Bourbon Music Hall in Louisville, Kentucky.

“Not Playing Games” (2019) is the first release from the Kentucky rockers and features notable guest musicians Joel Hoekstra & Reb Beach from Whitesnake as well as Bruce Watson from Foreigner. The latter is featured on the hard rocking cover of “Midnight Rider” by The Allman Brothers.

2020 started off strong for Reverend Jack. A cross country tour took the band from New York to California, including great performances at the Whisky a Go-Go in West Hollywood and Count’s Vamp’d in Las Vegas. A couple of more shows with John 5 led into a string of dates with classic rockers Foreigner. Unfortunately, the band was sent home during that run due to the COVID-19 Pandemic.

2021 brings a new full length album, A Mile From Home. The 12 song album was recorded in New York towards the end of 2020. Several guest musicians added their talents to the new release. This list includes Alex Skolnick of Testament, Chris Caffery & Chloe Lowery of Trans-Siberian Orchestra, Michael Bluestein & Bruce Watson of Foreigner and Captain Howdy from Dee Snider’s “Strangeland.”