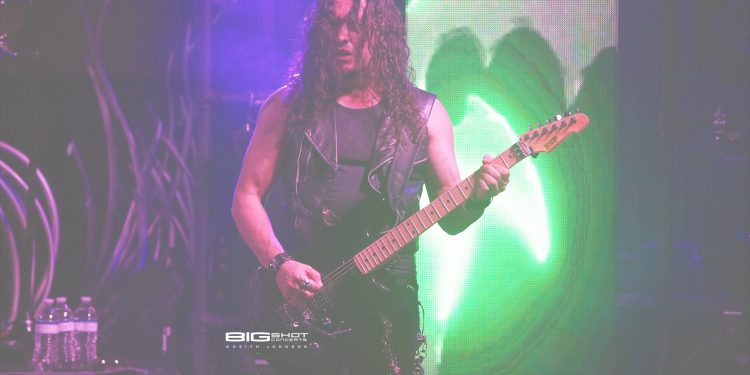 Queensrÿche Kicked off The Verdict Tour in Ft. Lauderdale, Florida at the Culture Room on January 17, 2020. Rodney Davis, the Concert King, had an opportunity to sit down with co-founding guitarist and songwriter Michael Wilton (AKA The Whip) of the legendary band to conduct a quick interview for Big Shot Concerts before the show.

Big Shot Concerts: The music business has changed so much since Queensrÿche began in 1980, is it tough to adapt to the changing times?

Michael Wilton (laughs a little): You have no choice but to adapt. Every band on the release of new music has torrent sites from around the world letting you download it for free, we had to hire a company to monitor them. It’s a new game now, a worldwide challenge, that you have to try and make work for you. In the 80s and 90s you had record companies that basically built a path for you that would help bands monitor their success, now you have to figure out things like how to make streaming work for you and hire the right companies to help the band with all that stuff for maximum impact.

Big Shot Concerts: If you could have a Queensrÿche fan take away only one thing from a live show what would it be?

Michael Wilton: That we are actually having fun up there and representing the music the way it should be represented, super tight.

Big Shot Concerts: Do you regularly rehearse established songs that you have been playing for years before going out on a new tour?

Michael Wilton: Depends if they have been in the set recently. Like the staples we really don’t have to spend much time on. It’s more about concentrating on new material or old material that we have not played in a while. A few tours ago it was more about Todd singing the classics. When a band releases a new album you may tour on it for 3-4 years, some bands just rely on their albums from years ago and never release anything new, we are always writing and recording new material.

Big Shot Concerts: Are band decisions made by the band or do you seek input from others?

Michael Wilton: It’s a democratic process where if anyone has any ideas they just throw them into the pool, but it depends what the subject is. Business stuff is done with management. It just kinda filters down, if we get offers for a tour and everybody approves it, then we do it. Very laid back.

Big Shot Concerts: Queensrÿche does a lot of touring, is it hard to be out on the road so much?

Michael Wilton: Being away from home is definitely a hard part of the business, especially when you continue touring for long stretches. Last tour we did just under 100 shows and I could tell everyone was tired. This year we have some months we are not touring and we are going to concentrate on writing and just resting.

Big Shot Concerts: As a musician do you think you could get any better or at you at the stop of your game?

Michael Wilton: I can always improve. If you are just going sideways that’s because you aren’t interested anymore. I am constantly upping my game, with new technologies there are so many ways of guitar playing. Fans are always looking for something new.

Big Shot Concerts: Thank you for your time Michael and I can’t wait to see the show tonight.

Michael Wilton: My pleasure, hope you enjoy it.

Queensrÿche The Verdict Tour
Queensrÿche started the night with “Prophecy” and really revved up the audience as they had not played that song live in 7 years and then right into “Operation: Mindcrime” which everyone loved and sang along with. Todd’s vocals were right on and Michael and Parker’s guitar playing was bone crushingly sweet on all the songs that night. New songs “Bent” and “Dark Reverie” made their live debut and were welcome additions to the metal legends setlist. Classic tunes “Jet City Woman”, “Silent Lucidity”, “Queen of the Reich” and “Empire” got the biggest responses and I found myself yelling the lyrics and fist in the air with everyone else, it’s easy to get caught up in the excitement of a Queensryche concert. Another surprise was during their encore when they did a gold nugget from the past, “Resistance”, which they had not done live in over 11 years and was a treat for the metal faithful. A wonderful concert experience was had by all. 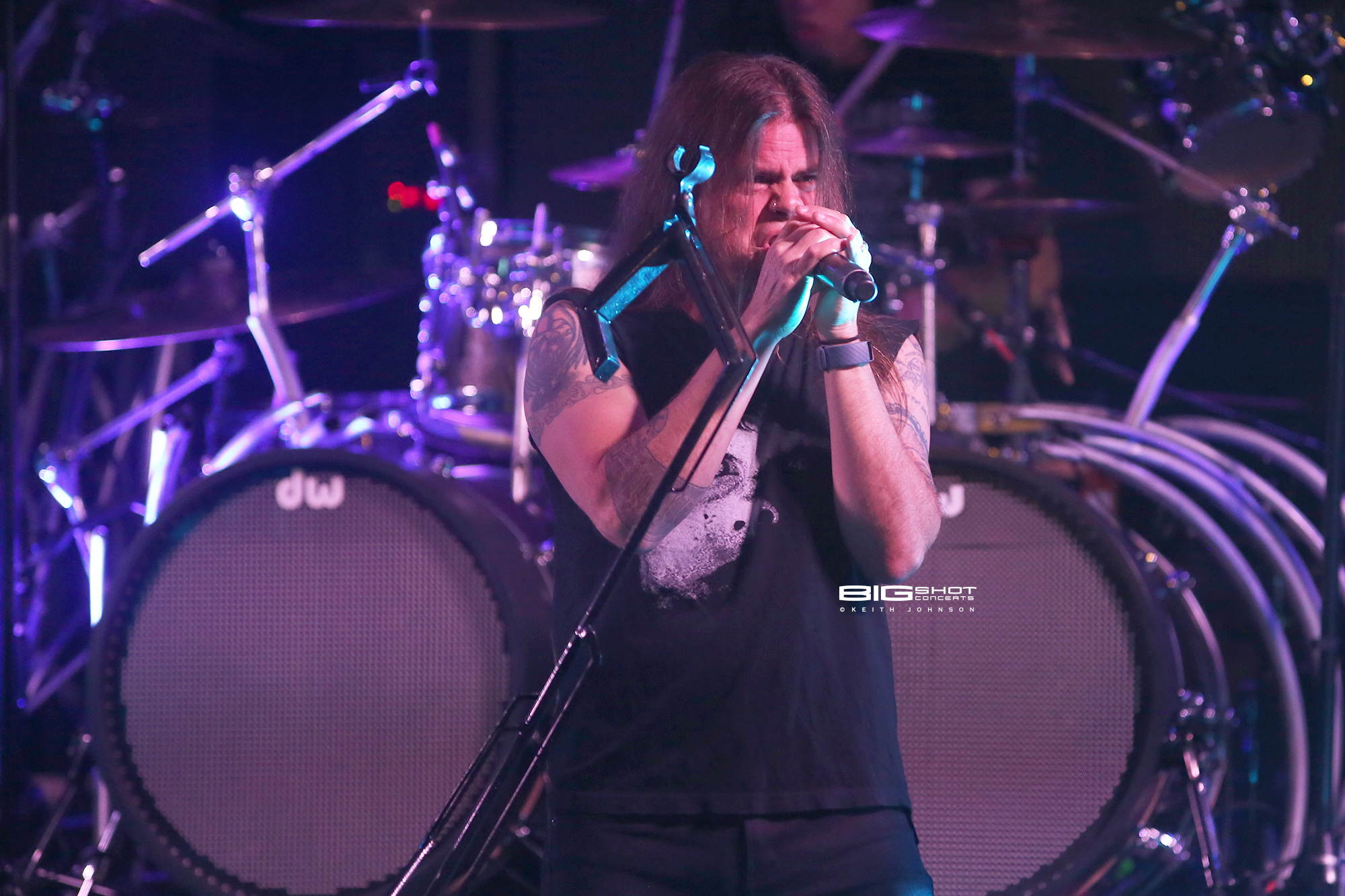 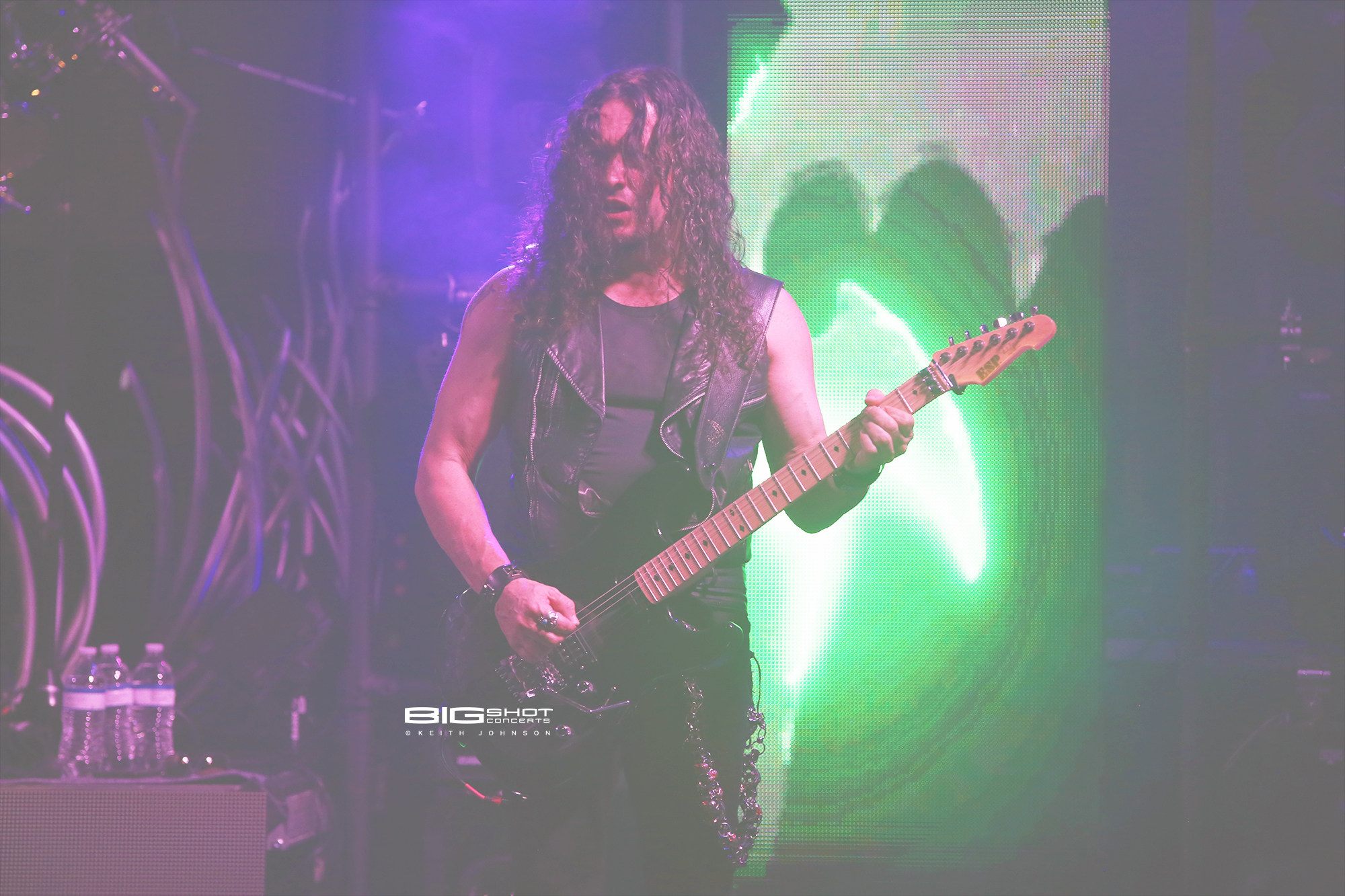 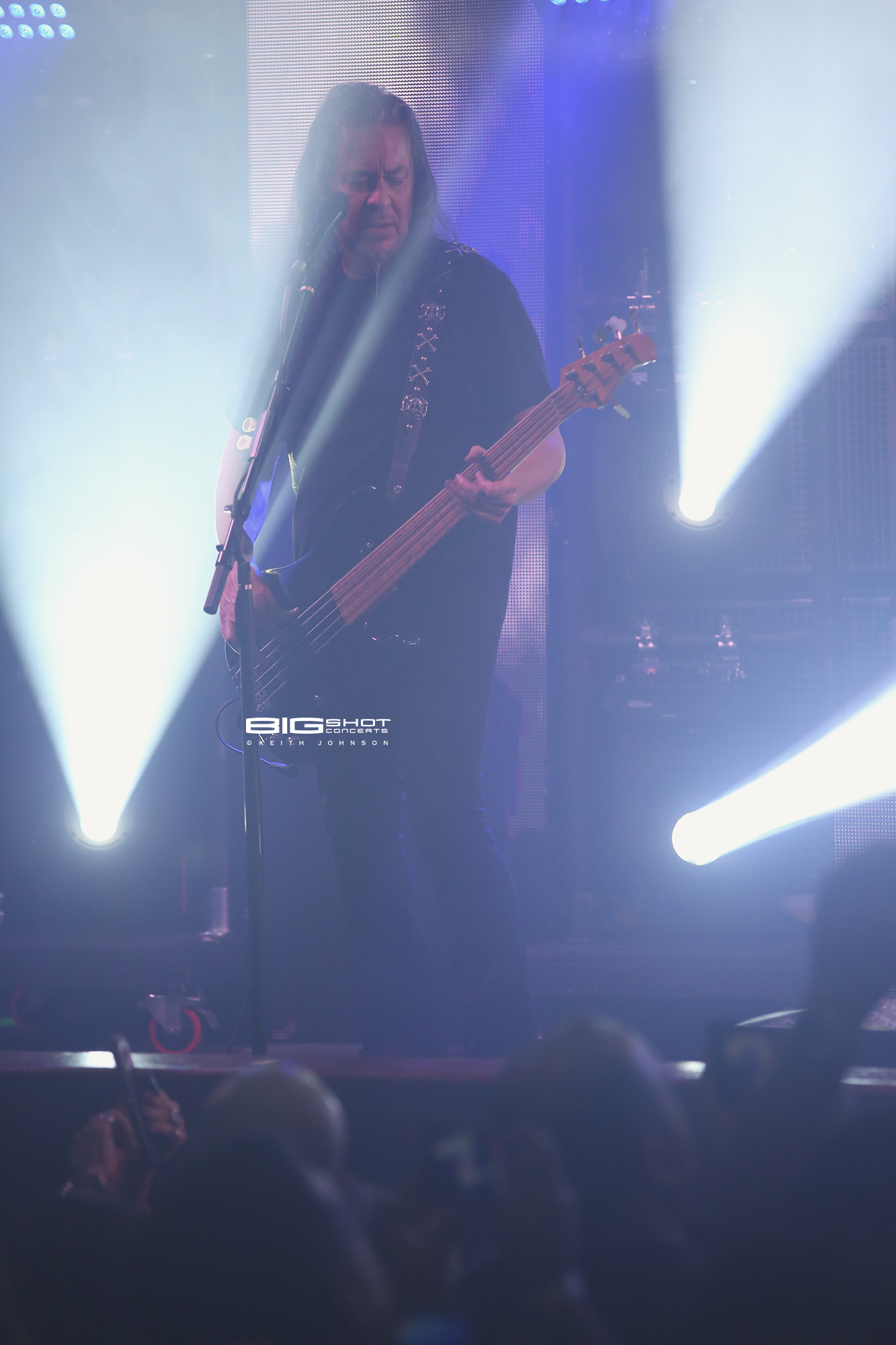 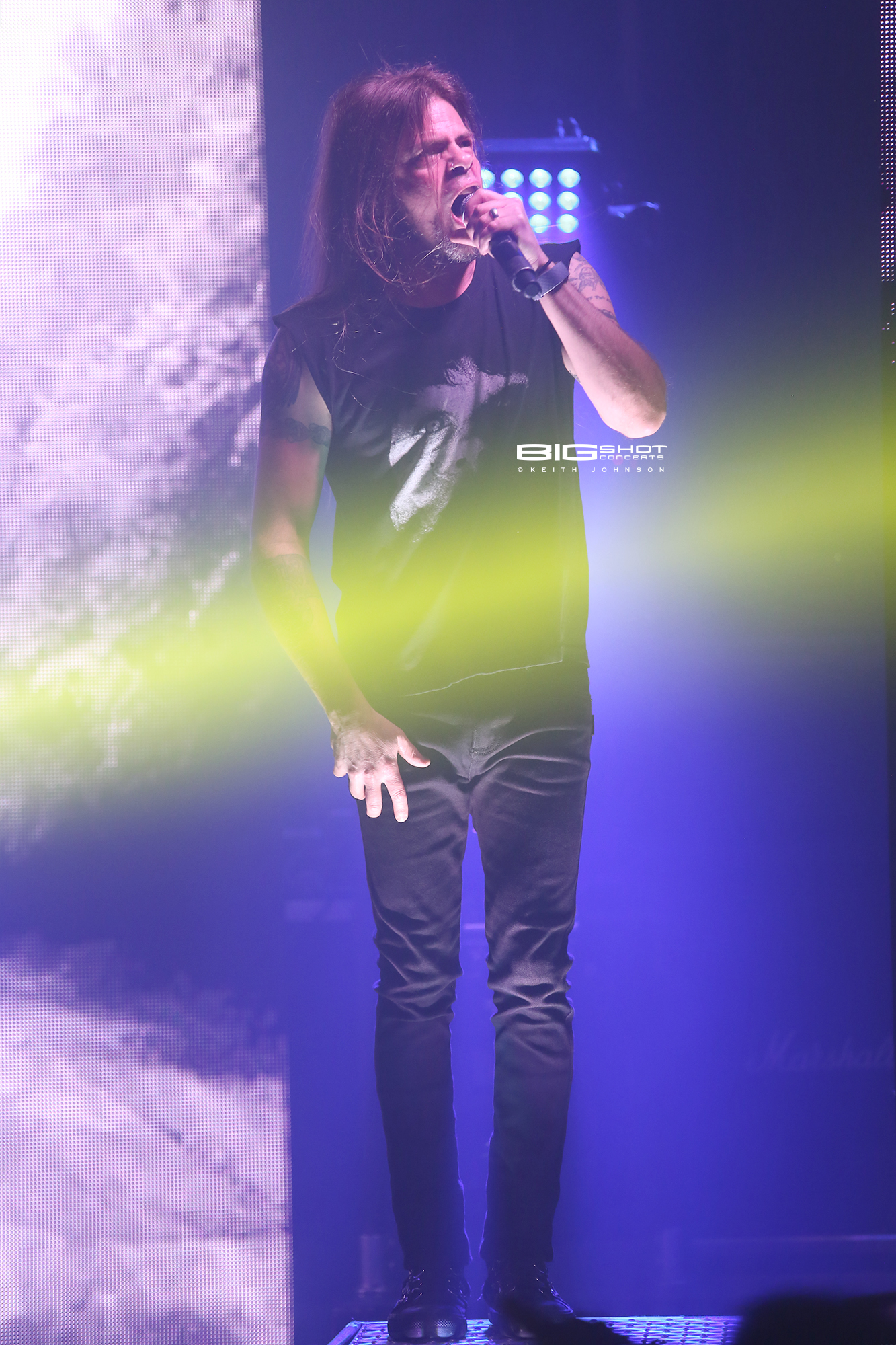 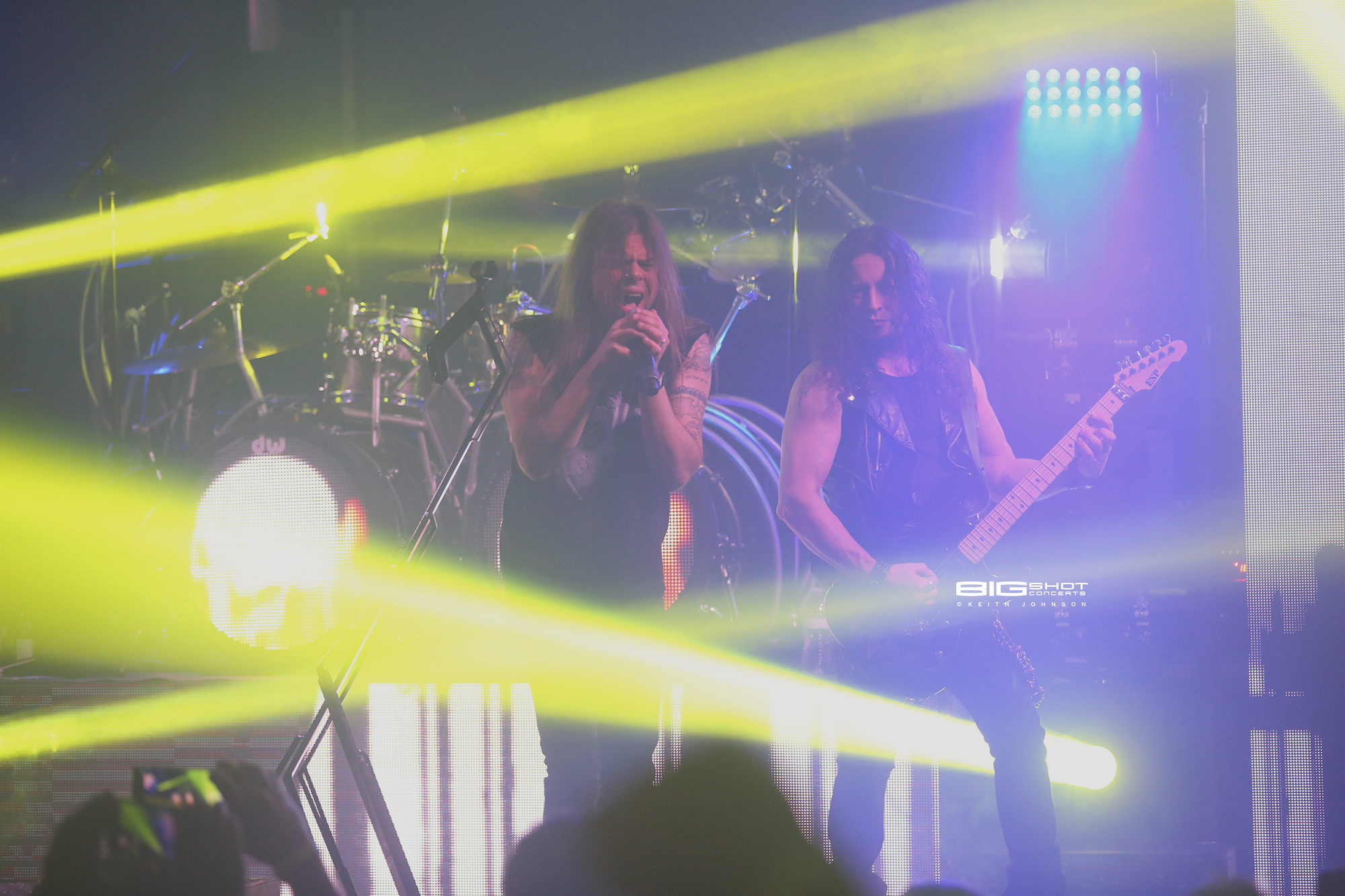 Queensrÿche in concert at Culture Room. 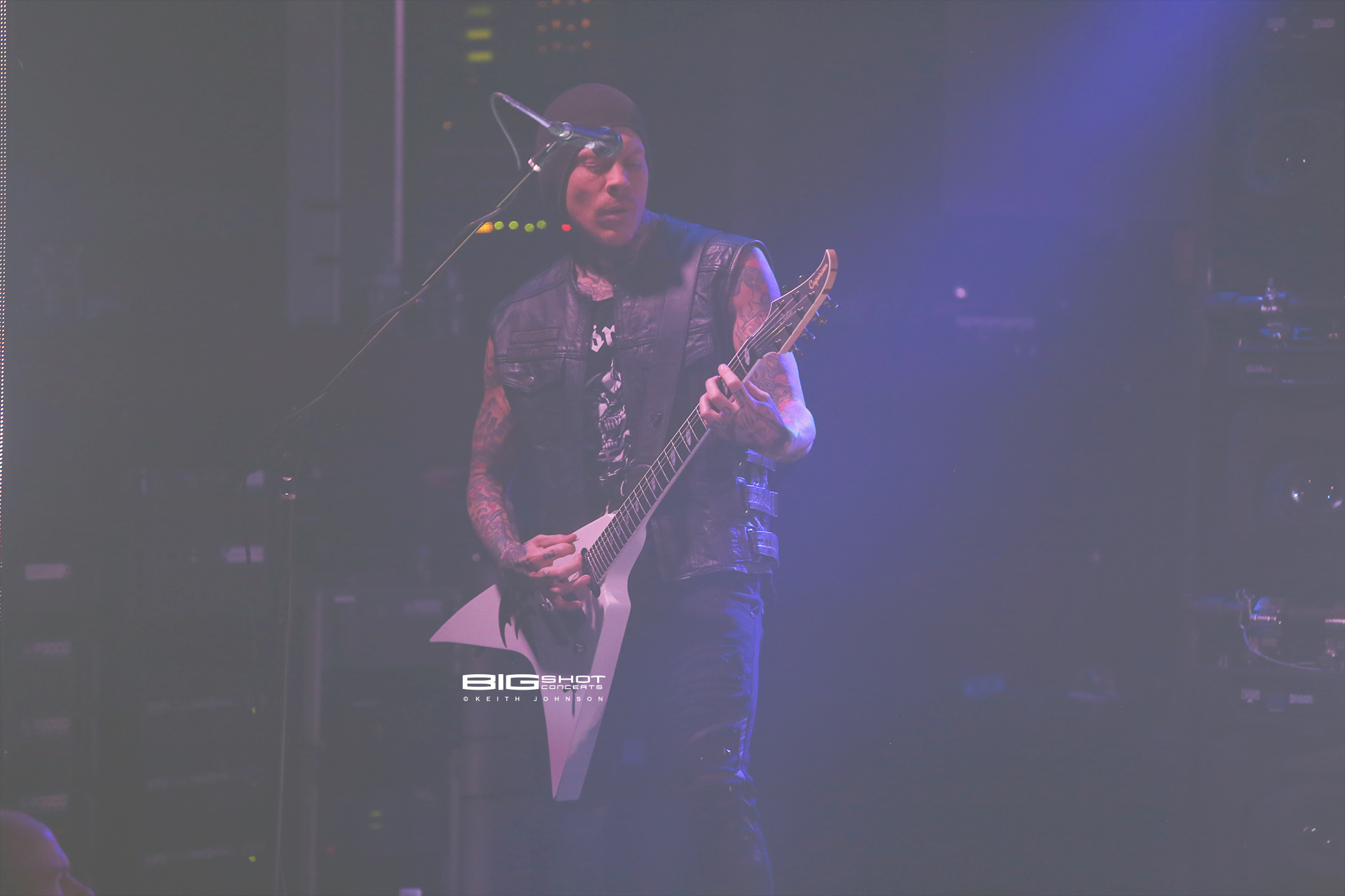 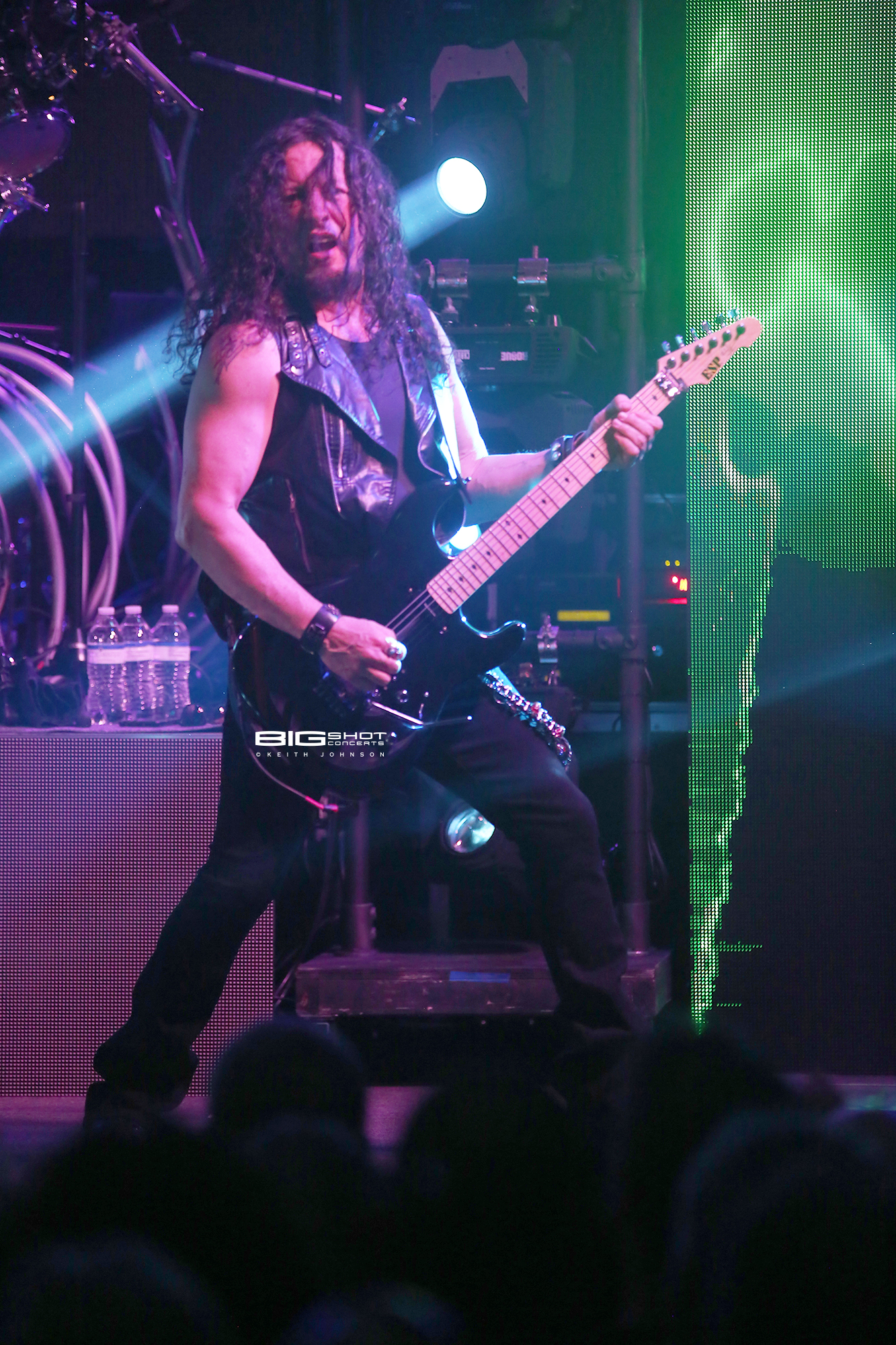 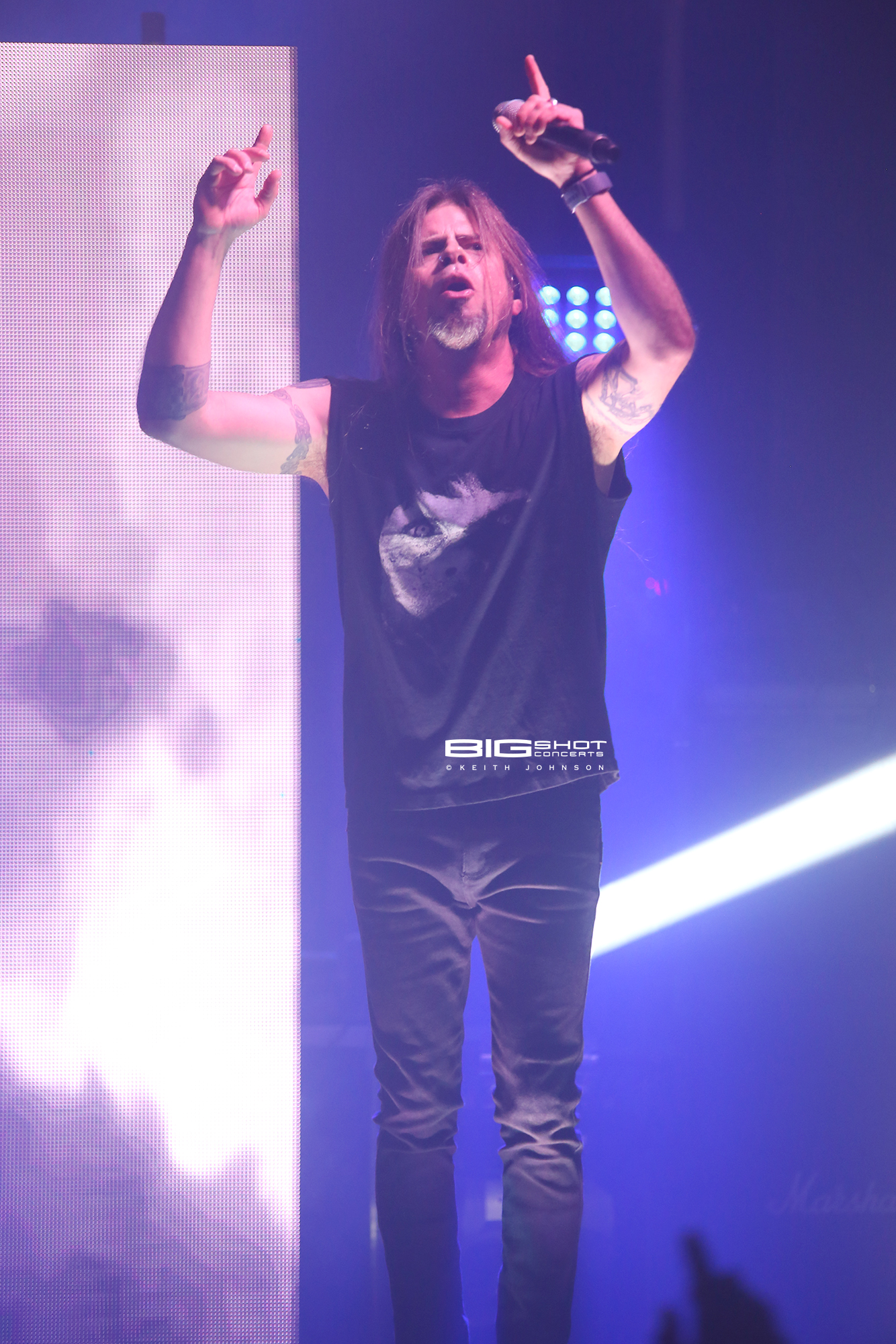 Queensrÿche on stage at Culture Room in Ft. Lauderdale, Florida. 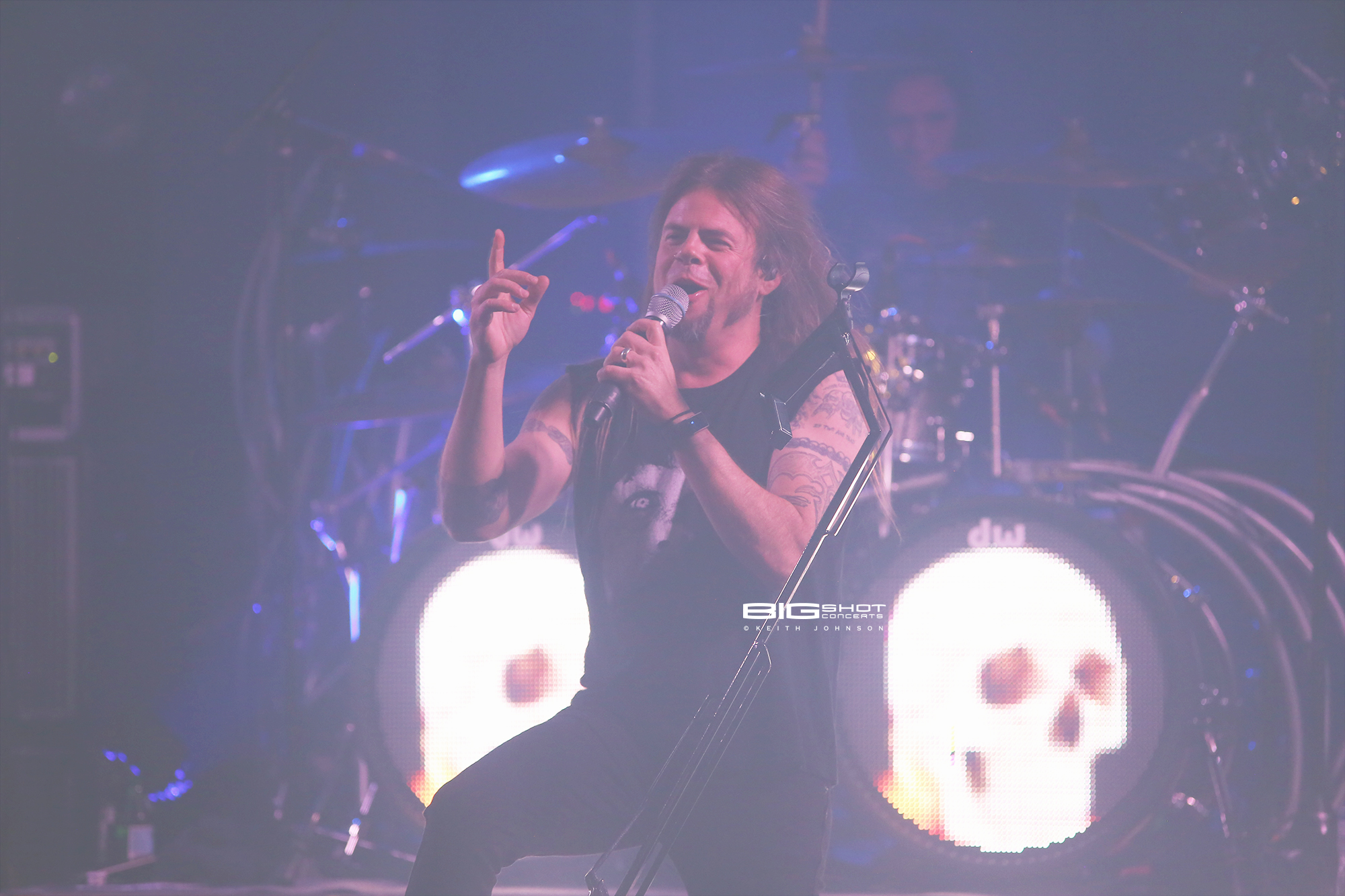 Todd LaTorre sings during opening night of The Verdict Tour. 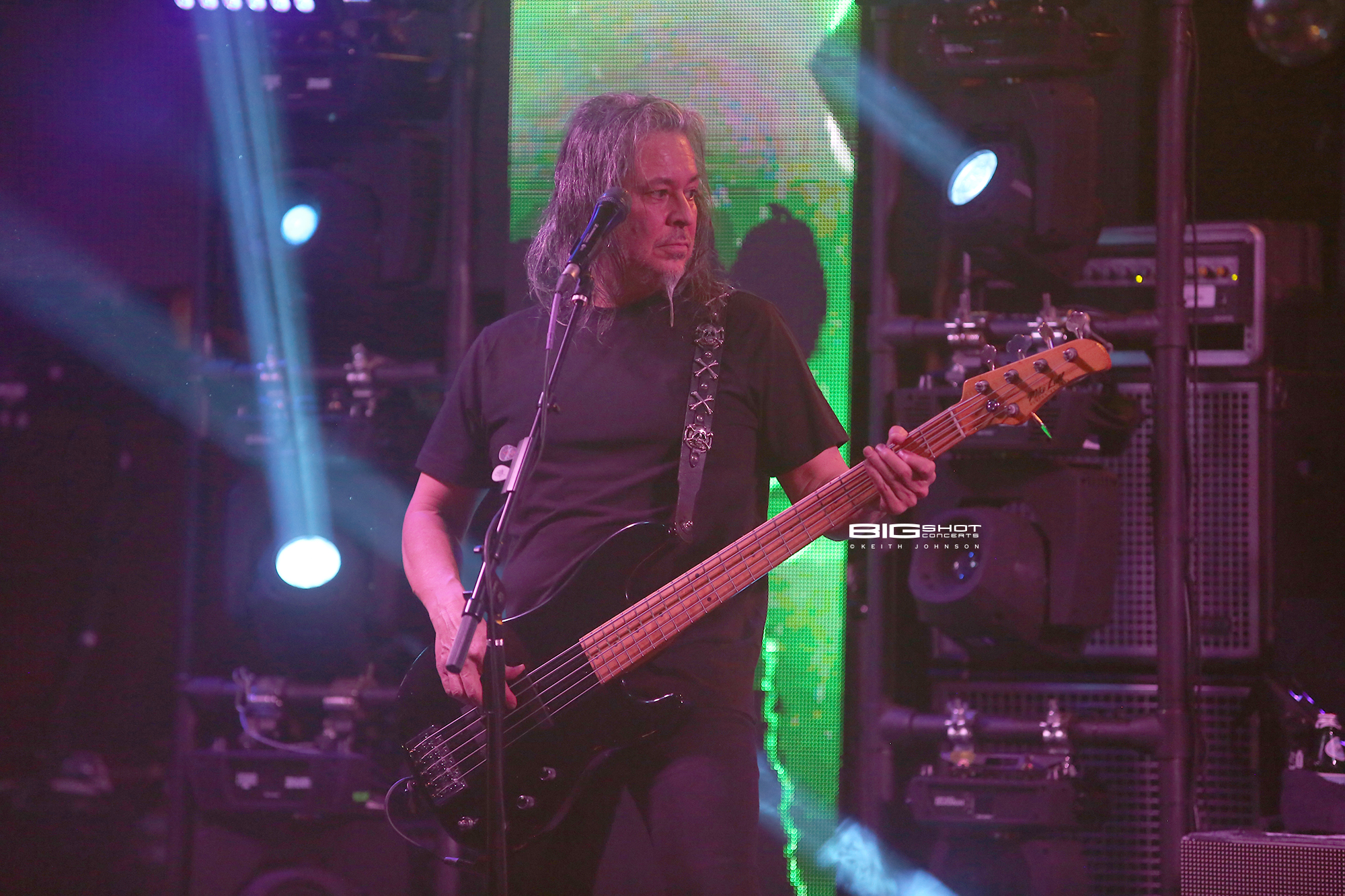 Providing direct support for Queensrÿche was John 5, former David Lee Roth and Marilyn Manson guitarist, now currently with Rob Zombie’s band. John 5’s solo project (John 5 & The Creatures) performed an amazing set and electrified the audience with his guitar work and stage presence (similar to KISS/Alice Cooper). Opening with “Crank It” and ending his set with a medley of classic rock songs (including a few Rush songs), John 5’s set ended way too soon and don’t be surprised if he is headlining his own tour soon to sellout crowds. 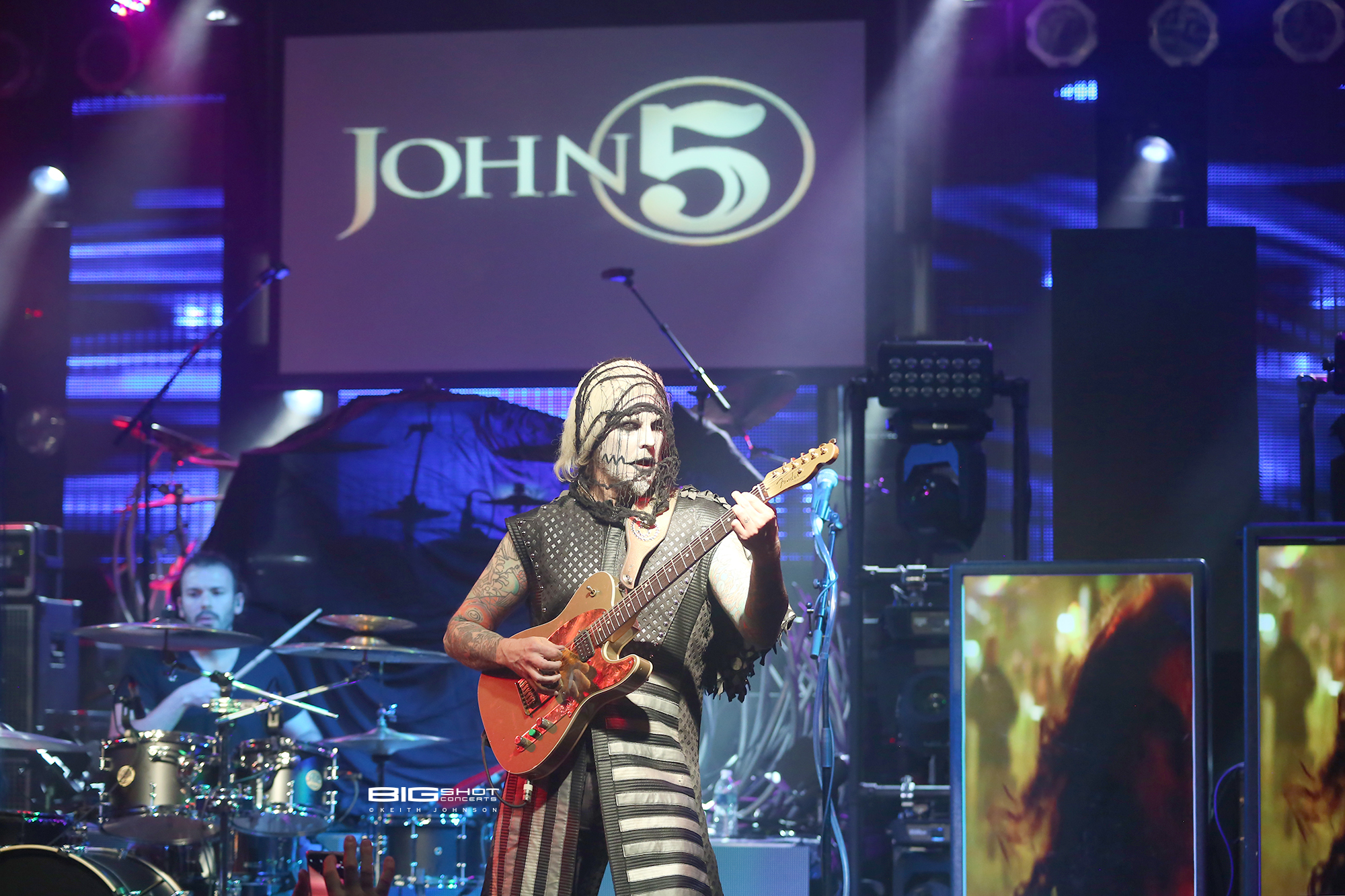 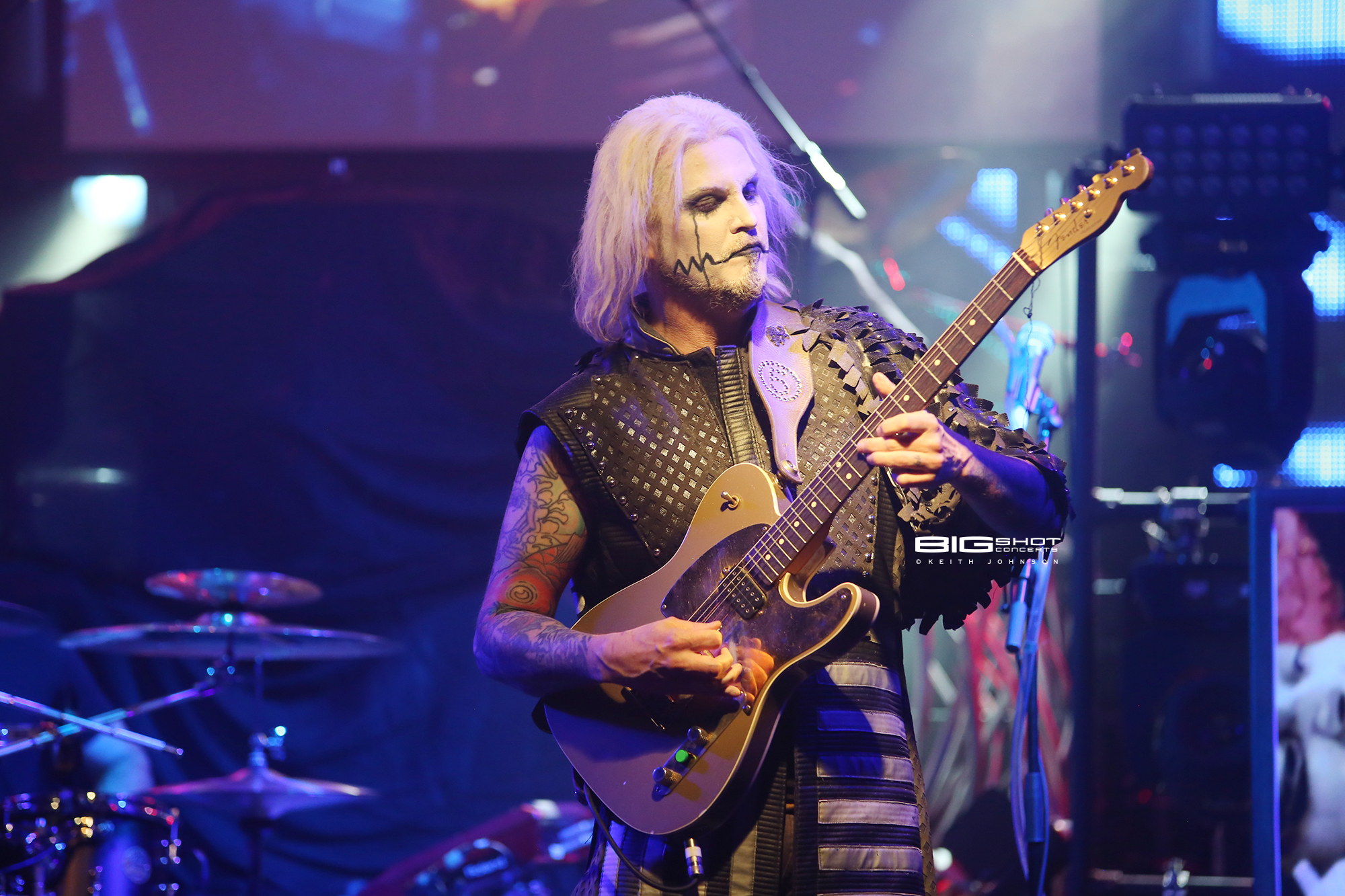 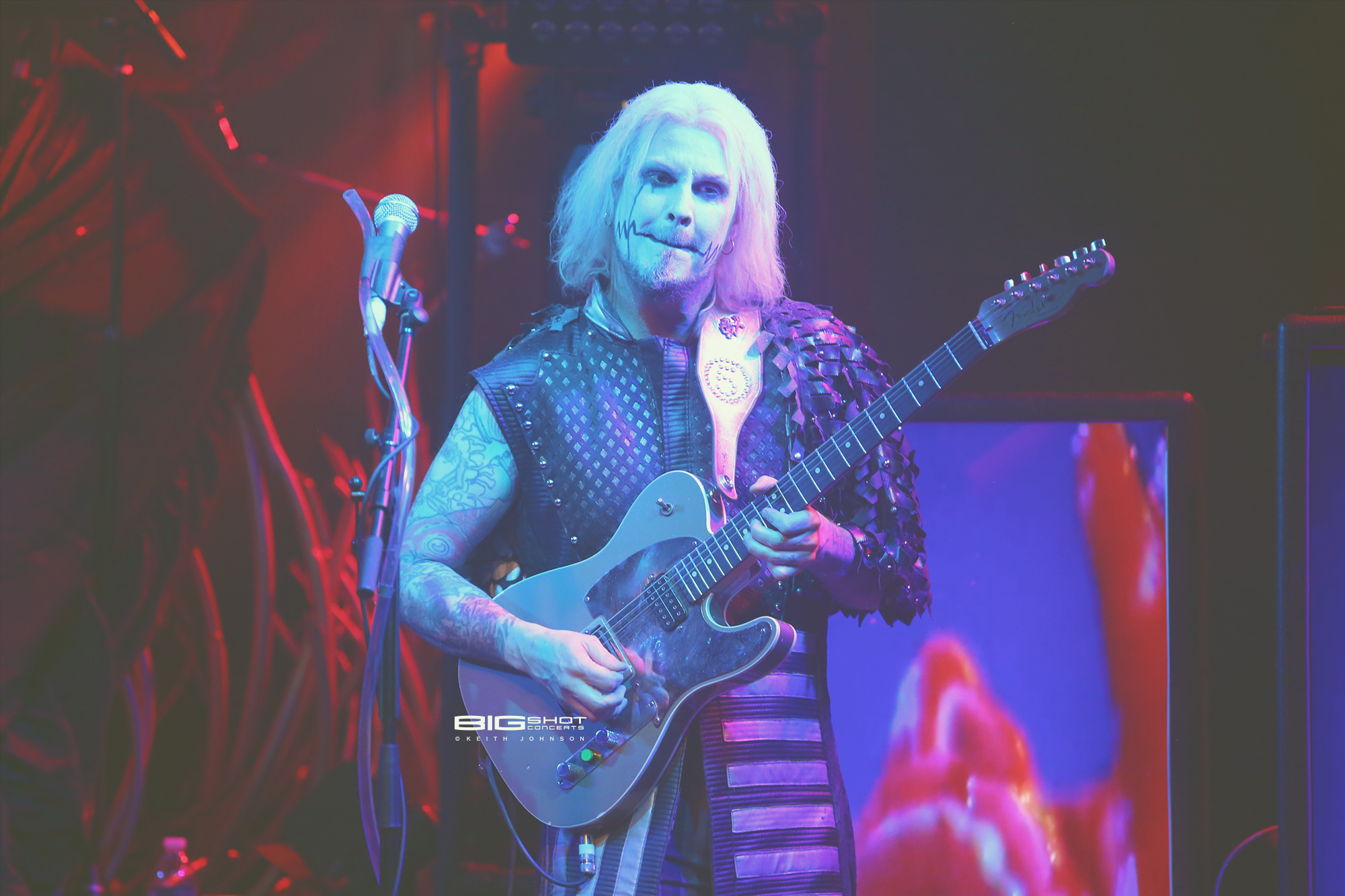 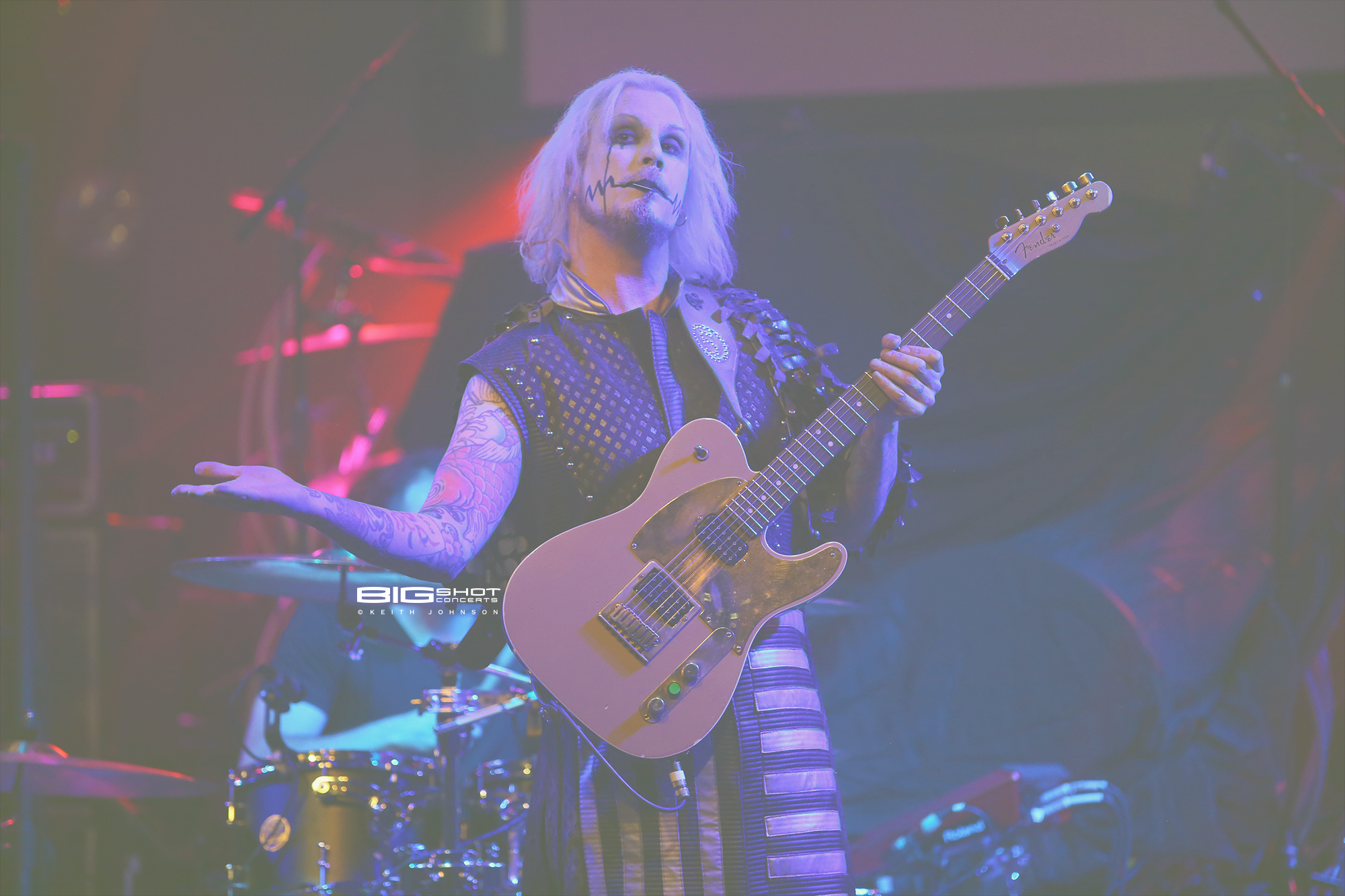 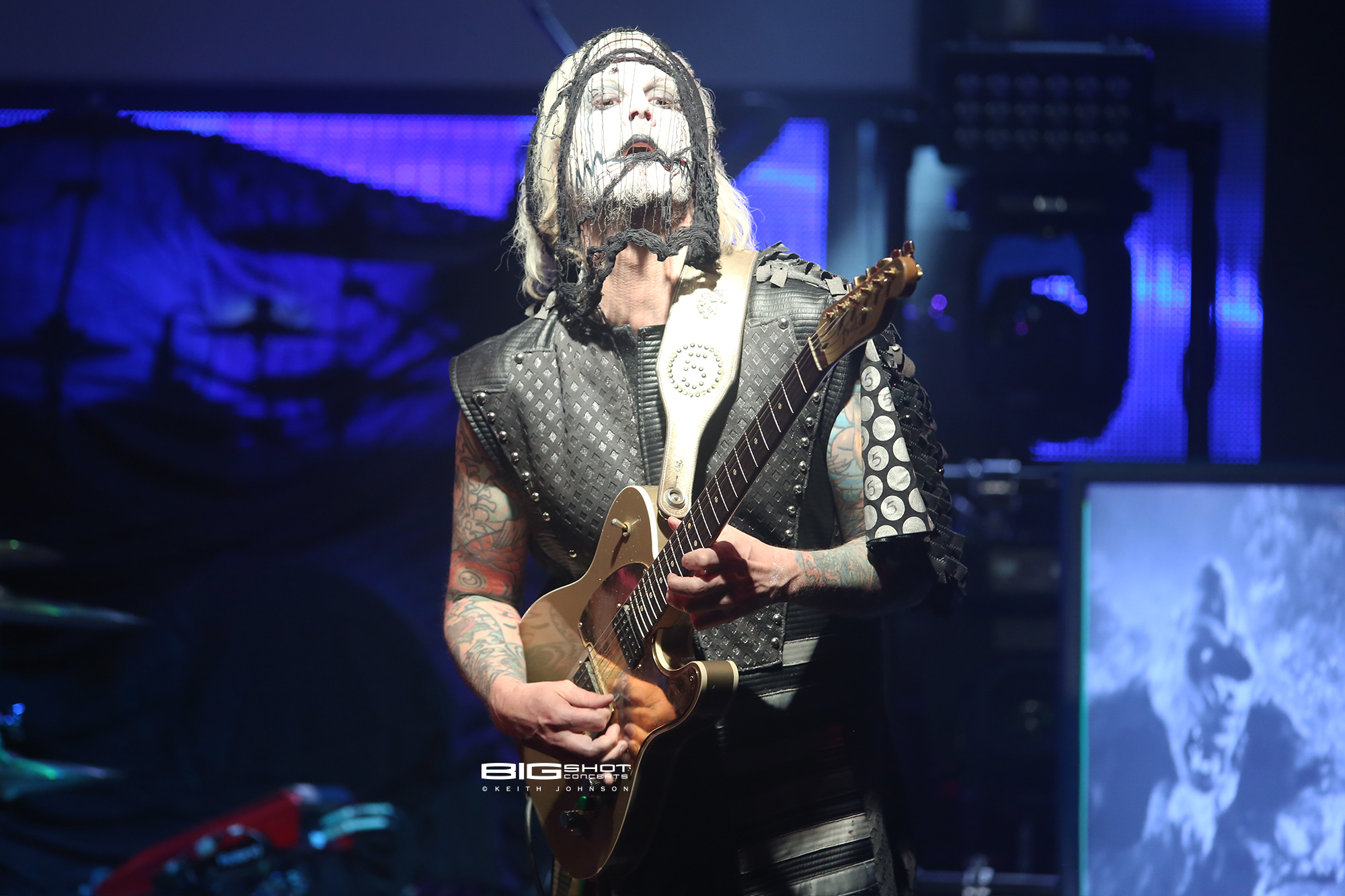 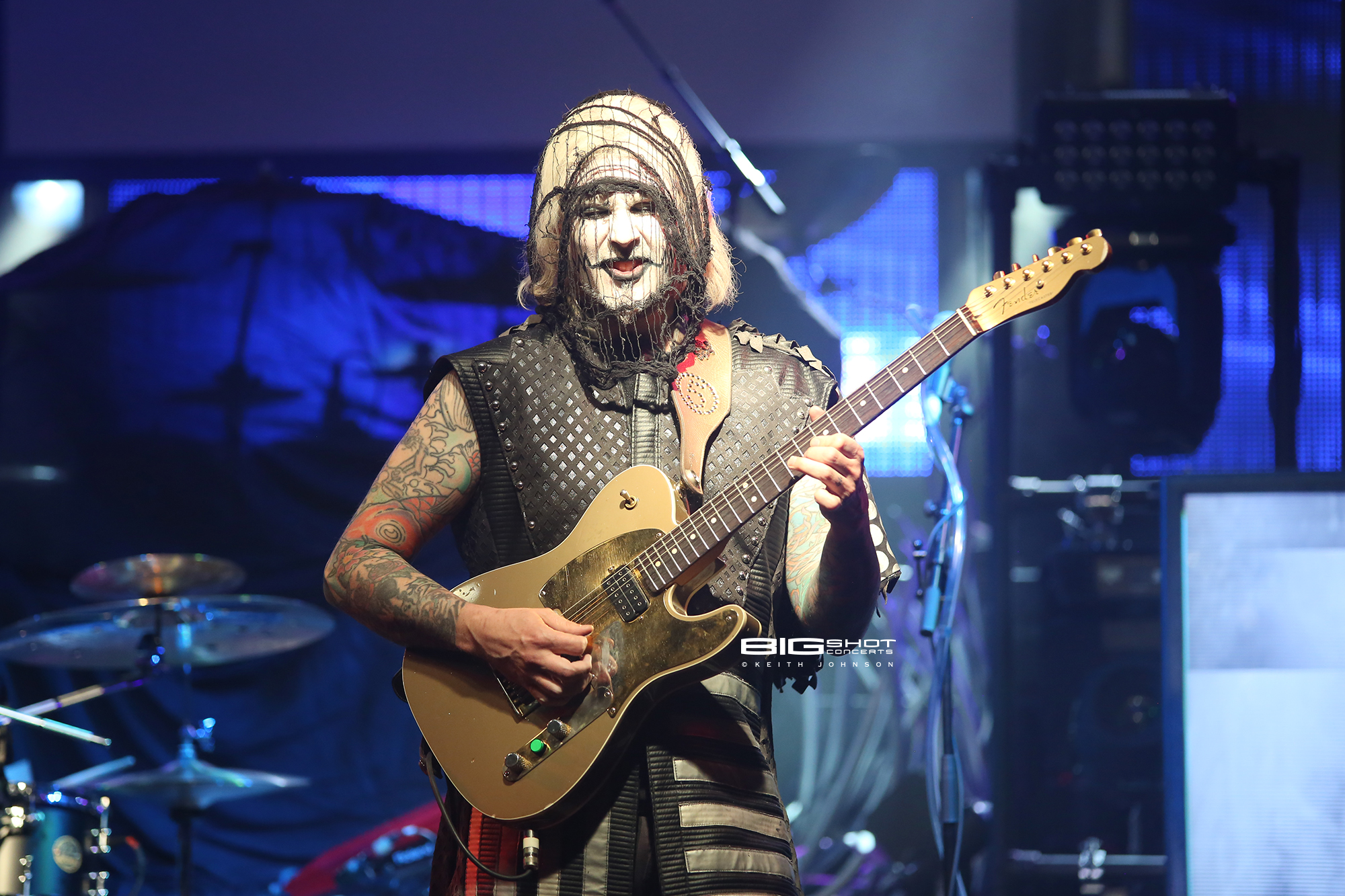 John 5 in costume at Culture Room in Ft. Lauderdale, Florida. 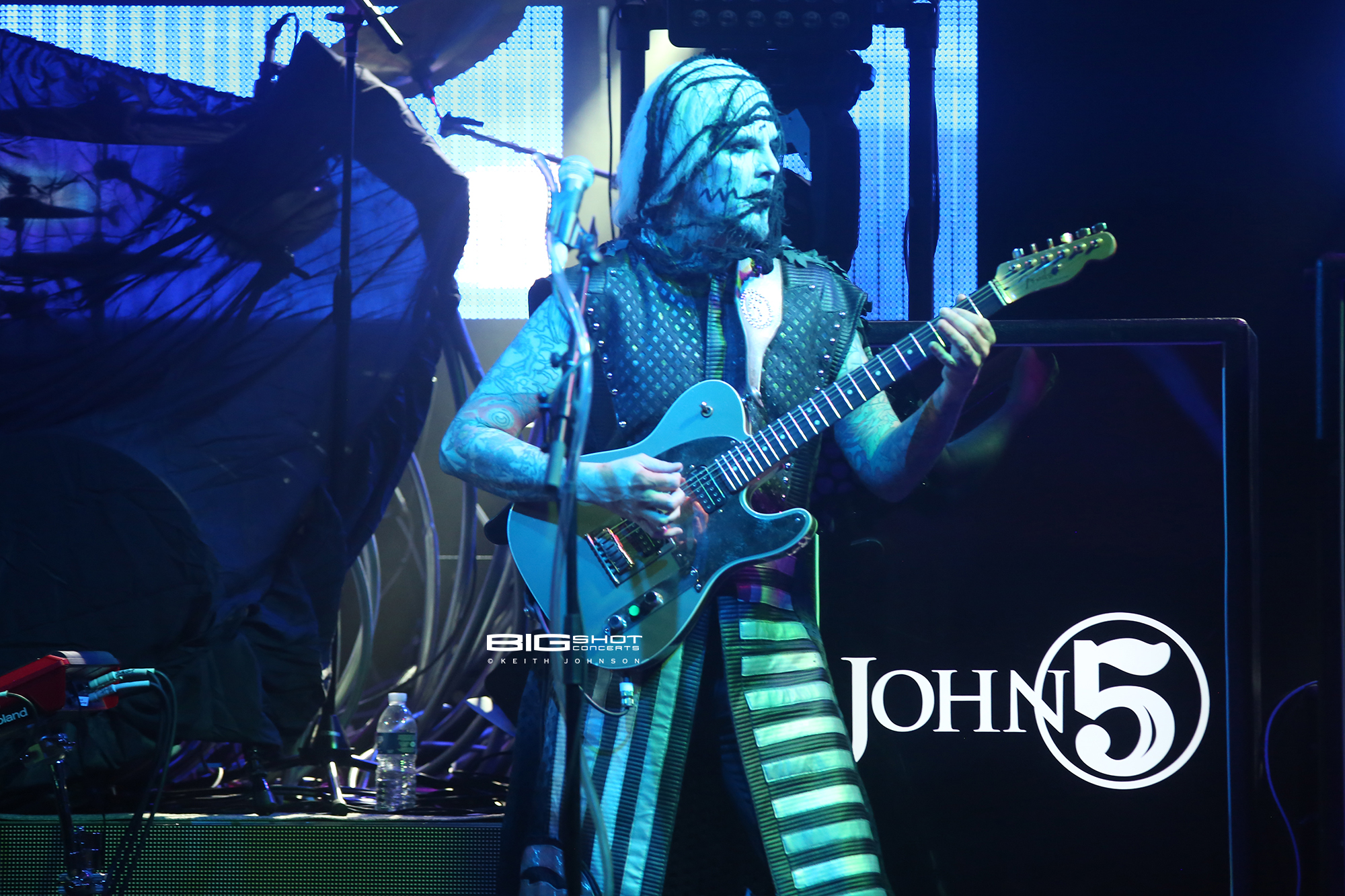 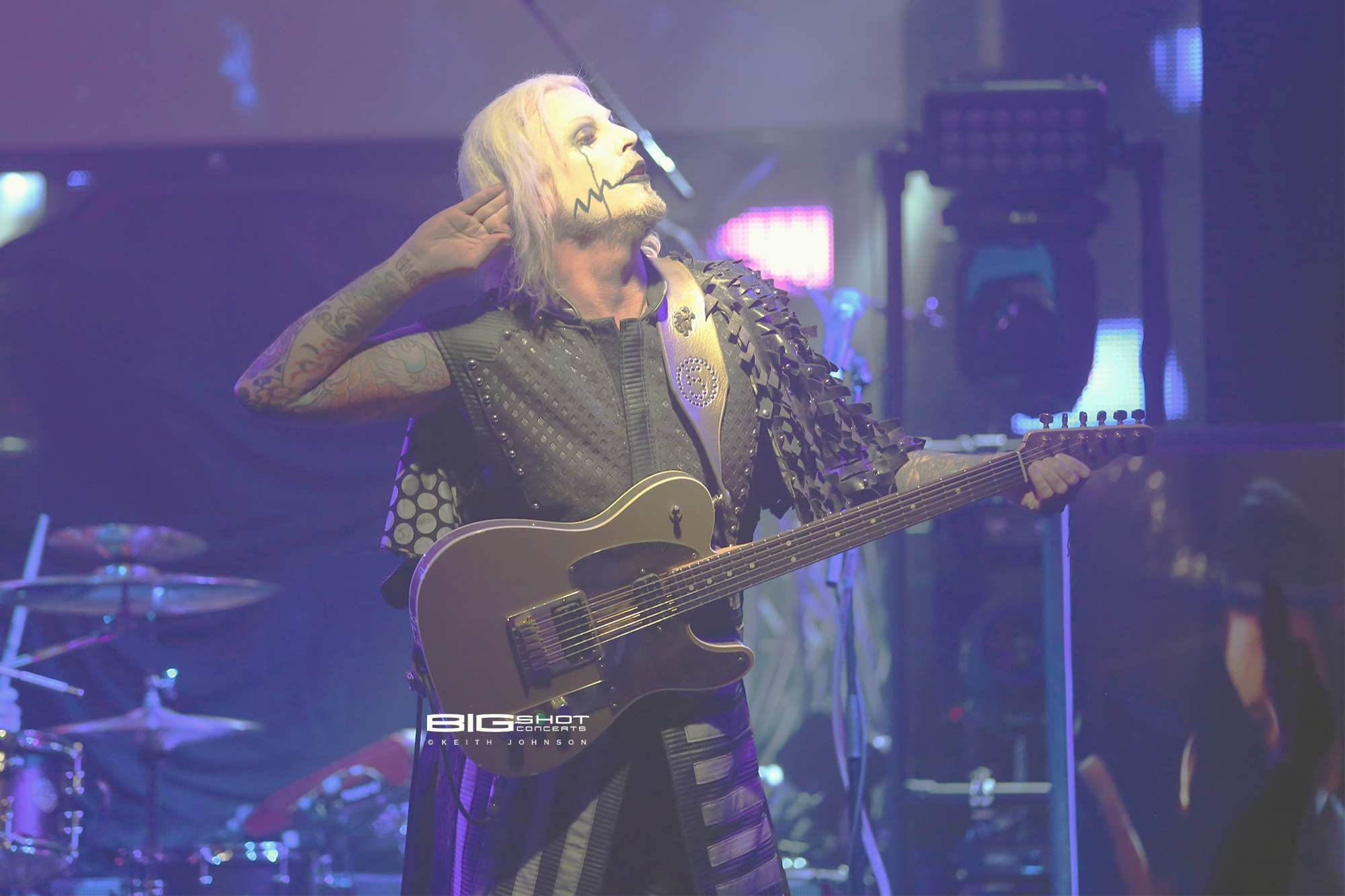 Orlando-based quartet Eve to Adam opened the show with an energetic set that got the audience fired up for a night of live music. These guys had great stage presence and rocked Culture Room. Look for this band to gain a lot of recognition during the Queensrÿche The Verdict Tour. 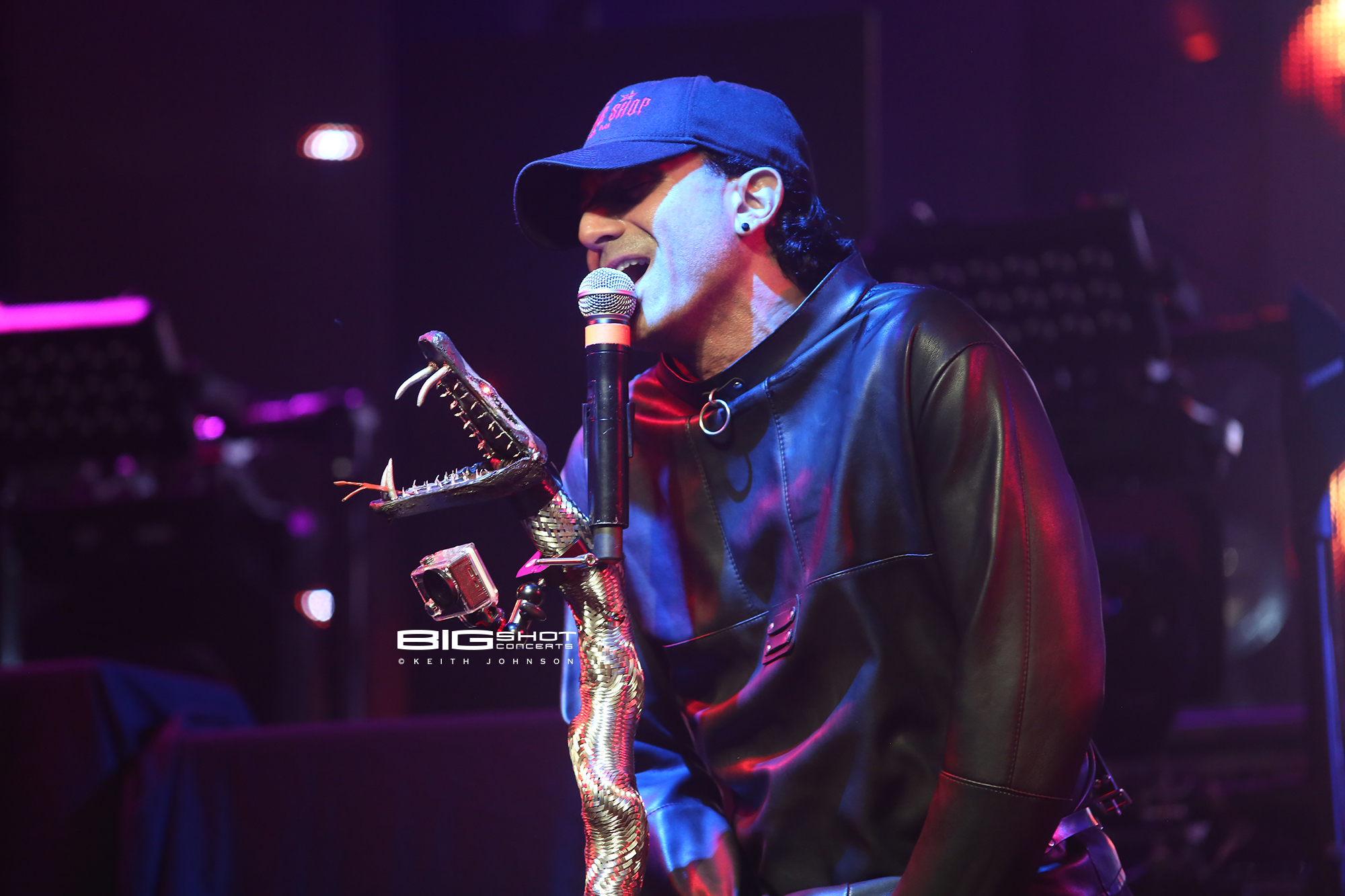 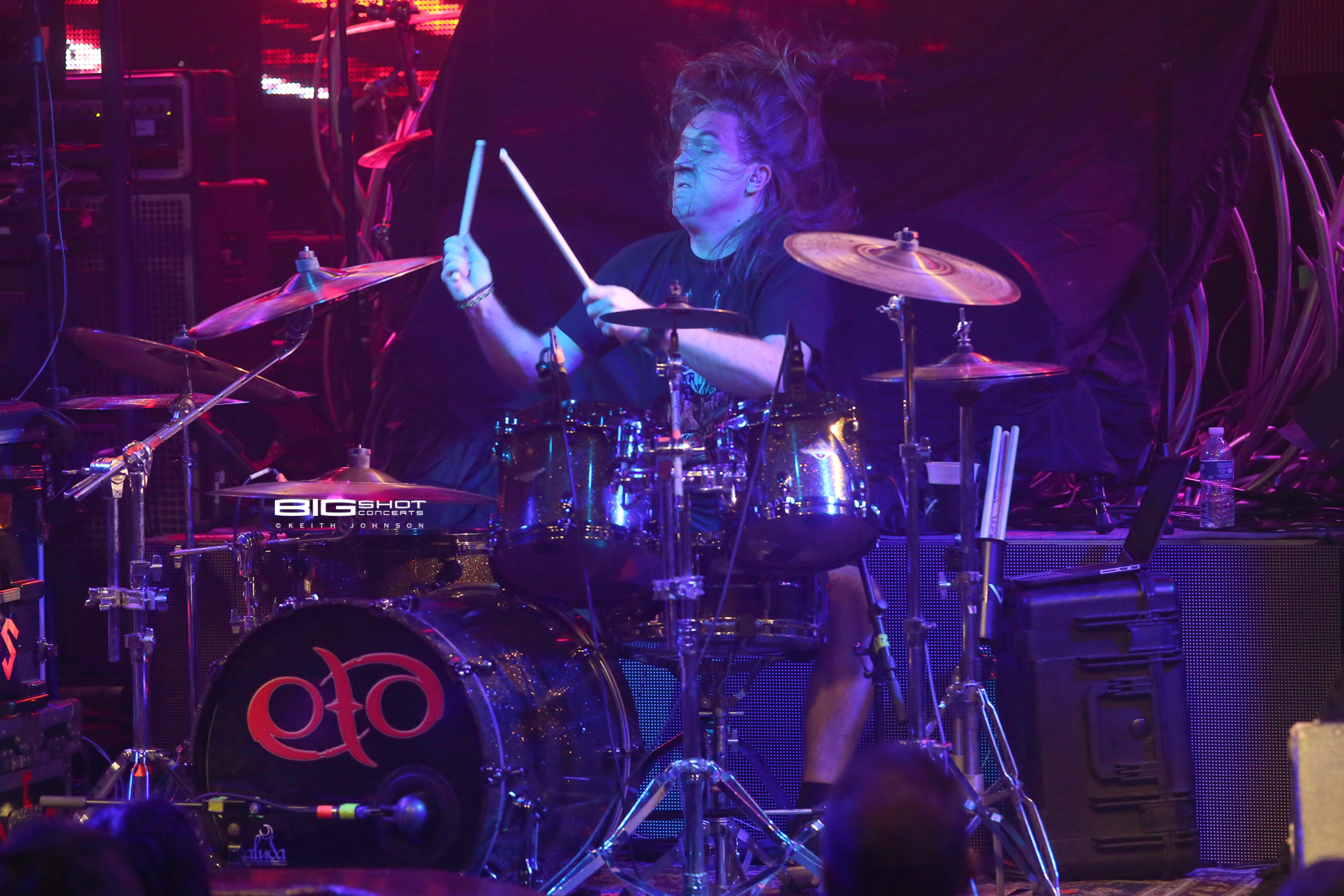 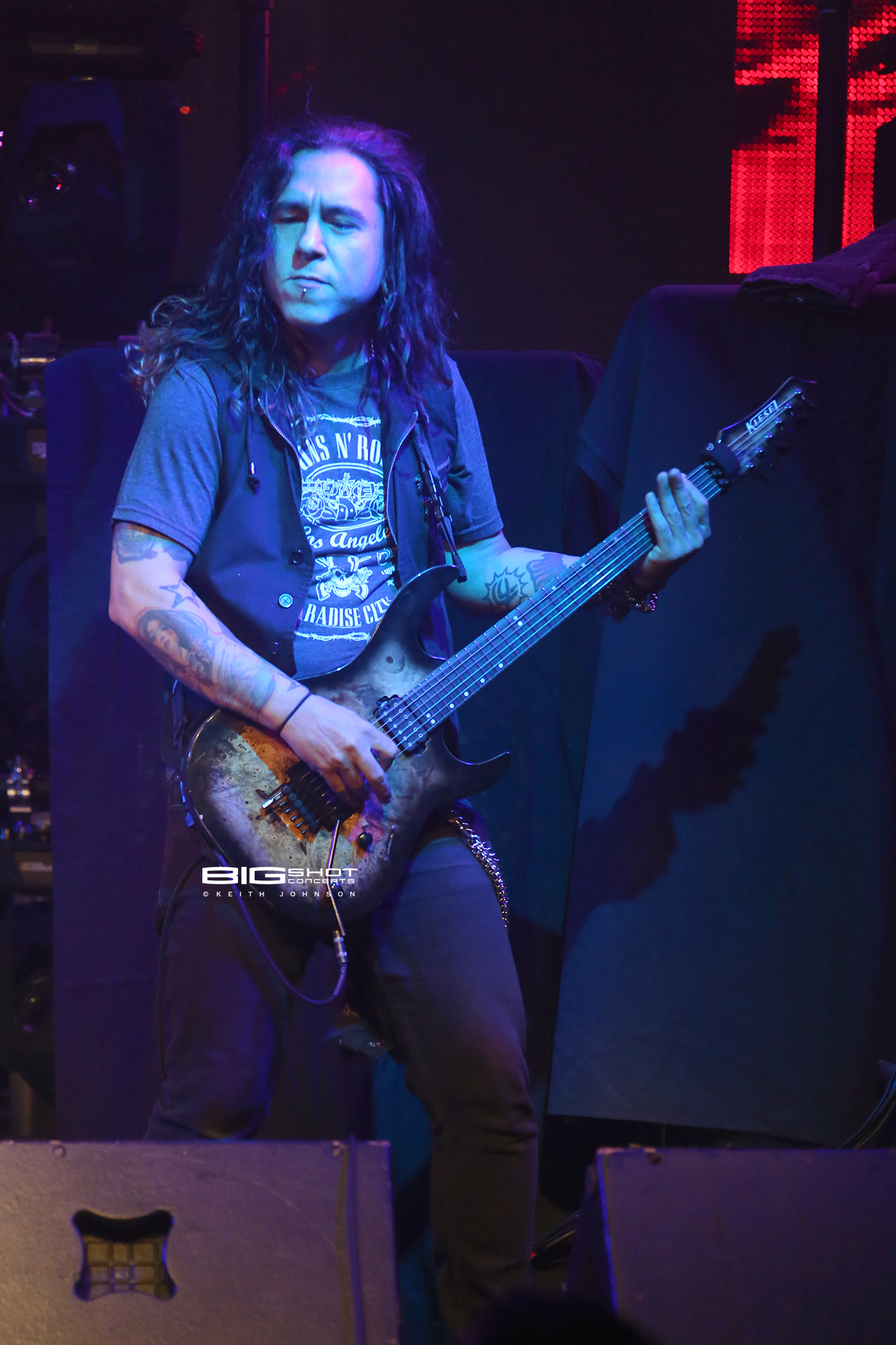 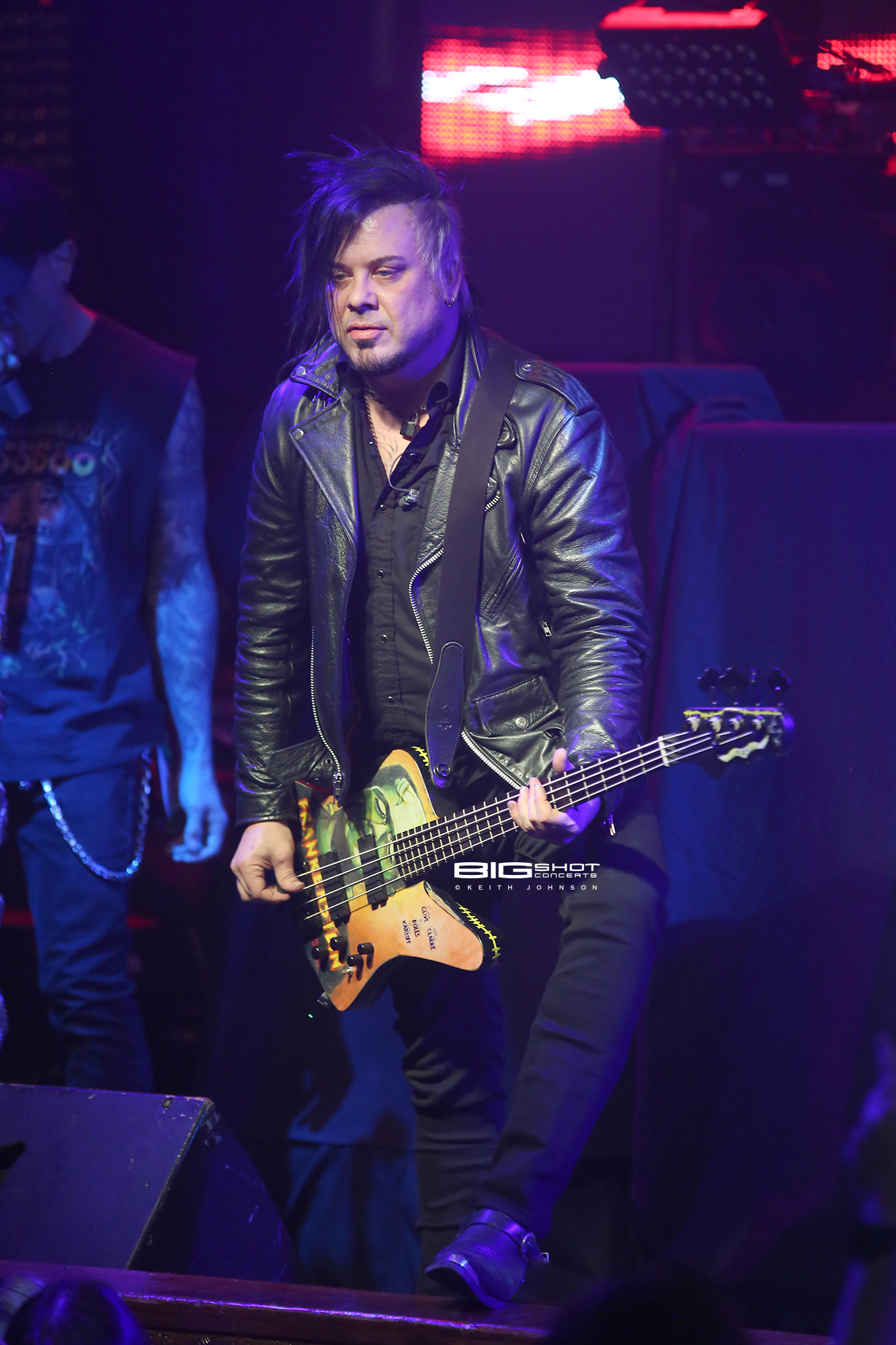 Thanks to Rodney Davis for the interview and concert review.