Pulchra Morte Debut Video for “Knife Of The Will” 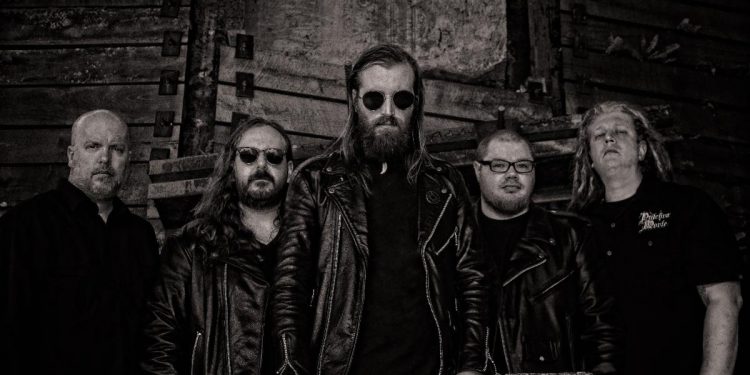 Pulchra Morte video “Knife Of The Will” has been unveiled. The brand-new track from the death doom collective comes by way of the band’s acclaimed Ex Rosa Ceremonia full-length released last Fall via Transcending Records.

Boasting a distinguished lineup that includes past/current members of Skeletonwitch, Wolvhammer, Eulogy, and more, Pulchra Morte’s Ex Rosa Ceremonia delivers a collection of weighty psalms focused on atmosphere, feeling, and flow. With drums recorded to tape in the analog environment of Earth Analog Studios, and guitars, bass, vocals, and cellos captured at New Constellation RPM, the offering is thunderous both in sound and execution.

Pulchra Morte hVideo “Knife Of The Will”

Produced, engineered, and mixed by the band’s own Jarrett Pritchard at New Constellation and mastered by Maor Appelbaum (Faith No More, Halford, Sepultura) at Maor Appelbaum Mastering, Ex Rosa Ceremonia features cover art by Brian Sheehan, as well as a guest lead from Jay Fernandez (Brutality), guest vocals from Heather Dykstra, cello courtesy of Naarah Strokosch, and backing vocals provided by dozens of contributors including member’s of 1349, Immolation, Exhumed, Black Tusk, Mondo Generator, and more making up “The Serpent’s Choir.”

Pulchra Morte – comprised of Adam Clemans (Skeletonwitch, Wolvhammer), John Porada (Wolvhammer, Abigail Williams), Jarrett Pritchard (Eulogy), Clayton Gore (Eulogy, Harkonin), and Jeffrey Breden (Leagues Below) – began in 2017 with the intent to recapture the purpose of greats from the late-‘80s through early-‘90s doom-laden death metal scene, a point where feeling superseded technicality. The band released their debut full-length Divina Autem Et Aniles in 2019. The record reaped the praise of media outletsboth Stateside and abroad with Decibel Magazine noting, “With Pritchard behind the knobs… the record’s in capable hands to conjure the somber serenades of early Anathema. But with PULCHRA MORTE , Pritchard takes melodic death-doom oddities like Visceral Evisceration’s Incessant Desire For Palatable Flesh or Pyogenesis’ Ignis Creato and polishes their rough casket wood.” Brutalism lauded the band’s, “Brilliant riffs, beautiful melodies, and haunting atmosphere,” while Grizzly Butts proclaimed, “I did not merely collapse under its striking invocations of sorrow or the plodding, romanesque strings of melodic lead that highlight each track, Pulchra Morte’s sourly dire debut pressed life’s most troubling concerns as a rifle against my temples.”

The band played various shows throughout the US in support of Divina Autem Et Aniles , including the Full Terror Assault Open Air V festival, as well as several sold-out shows in support 1349’s North American tour with Uada and Cloak before entering the studio in September of that year to Ex Rosa Ceremonia.

“ There’s not only misery in their might, but a heaping helping of super-strong songwriting all adding up to make this one of the best doom/death releases of this miserable year.” – Metal Injection

“This knack of combining the mournful and the pulse-quickening marks them as masters not just of doom-death but of metal itself, while simultaneously proving that you can still punch the air even with your head in your hands.” – Kerrang

“… thick and heavy and with a perfect balance between melody and aggression, and Pulchra Morte really nailed it on assembling that choir.” – BrooklynVegan on “The Serpent’s Choir”

Deathcave Hit the Road in December for Winter Tour