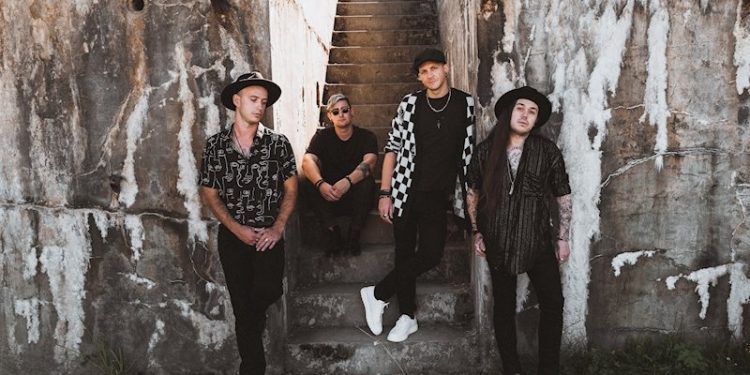 Seattle based alternative band Pretty Awkward are attempting to comfort the hopeless with their latest single, “Misfits.” Packed with buoyant instrumentations and lyrics that call for outsiders to band together in support of dreamers everywhere, the upbeat song arrives during a summer when it’s needed most. The band strives to motivate us all to keep fighting for the things we want, and they are calling on believers everywhere to unite. The group knows that we are stronger together, and they’ve provided the anthem we need to support one another, even if our darkest days.

Austin Held of the band says of “Misfits”: “Nicholas came up with a pretty sweet beat and passed it to me. When I first heard the track, I thought it was very nostalgic sounding and wanted to capture that vibe lyrically. One of the first things that came to mind was the phrase “we are Misfits,” and from there, it was pretty easy to put together”.

He continues: “The story evolved when we got into the studio with a pair of producers called HEAVY in Los Angeles, CA. For us, it’s always an interesting and exciting experience to include another perspective in our process and really watch what a song can become. The song, which started as a ballad, became more of an anthem and paints a fun and rebellious attitude as well. ‘Misfits’ to us feels very much like the middle of summer, riding bikes and hanging out. Especially during these times, being there for our friends and family couldn’t be more important. We love the imagery of that compassion and unity it conveys in the song. Sarah Rose Reichert, who worked on the lyric video with us, did a great job of capturing the vibe we were trying to achieve. We hope you like it!”

Pretty Awkward’s members came together after logging countless shows and a handful of releases in other projects before joining forces. Rallying around a shared vision, Austin Held (Lead Vocals) and Nicholas Wiggins (Bass / Keys / Backing Vocals) holed up in a room in the SODO district of downtown Seattle at The Old Rainer Brewery and laid down the foundation for what would become their next band. Joined by Jake Jones (Guitar / Backing Vocals) and later Damien Ward (Drums / Backing Vocals), they quietly wrote music for nearly a year before performing two sold out shows under the name G O L D N W O L F. Impressed by the band’s stage presence and inventive songcraft, Another Century signed the group during 2018.

Reborn as Pretty Awkward, the four-piece have recently put the finishing touches on their next single, expected to be released in the fall. Their debut EP is slated for release in the first quarter of 2021.