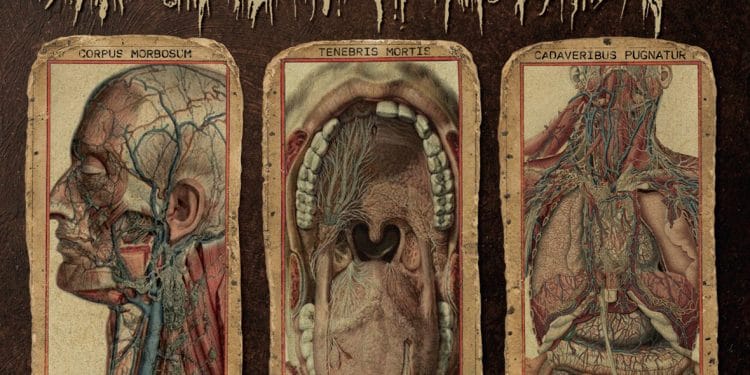 Pharmacist EP Carnal Pollution is the second release from the Japanese goregrind duo. It is dropping via Metal Injection along with a short interview given by the band.

“If you love Symphonies of Sickness-era Carcass and old school death metal/grind, and you have not heard of this band, here is your new favorite band,” writes Metal Injection. “The project is only a year old, but their output has been insane. This EP is soaked in a pure love for the old school.”

Recorded, mixed, and mastered at VoidLab Studio in Tokyo, Carnal Pollution exudes four unreleased and exclusive miasmas from its nasty goregrind with the sordid refinements of old-school death metal. Conceived under the coagulated blood of oxidized scalpels, the band manages, like few others, to rescue the main concepts and characteristics of the genre’s staple names.

Formed in Japan in early 2020 by “Pharmacist” (guitars, vocals, bass) and “Therapeutist” (drums), Pharmacist is decomposing old-school grinding death metal. Mainly active as a studio project, the duo released its first EP, Forensic Pathology Jurisprudence, on June 6, 2020, managing to catch the attention of Bizarre Leprous Productions. The band quickly followed up with the release of its full-length debut, Medical Renditions Of Grinding Decomposition, under BLP’s wing in August of 2020.

Known to be strictly dedicated to music and arrangements, Pharmacist has enlisted the talents of guitarist Andrew Lee (Ripped to Shreds) to provide solos on the tracks “Disintegration” and “Obsequial Orchestration,” expanding the spectre of goregrind to wider extents.

Carnal Pollution will be released on multiple formats via Black Hole Productions.