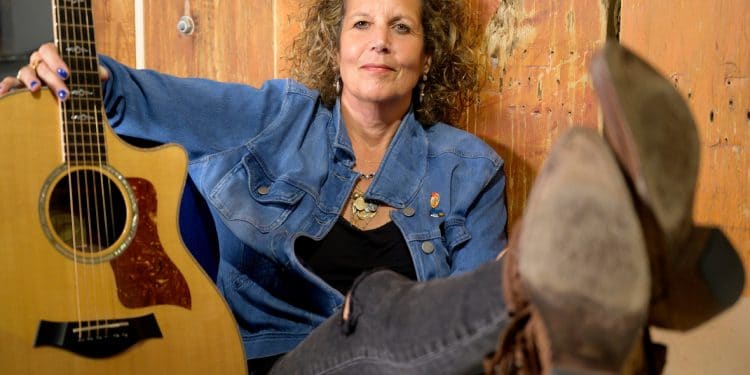 Perfect Here is new latest EP from Vicki F, a follow up to her 2019 album Definite Yes! She recorded the work at Factory Underground Studio in Norwalk, CT, with producer Ethan Isaac. For those unfamiliar with the unique singer-songwriter, Vicki F is an authentic punk rocker from the late 70’s-early 80’s, whose band Troupe DiCoupe burst out of the original New Haven punk scene, performing at venues such as Ron’s Place and CBGB. Hilly Kristal, the owner of CBGB, said they were the only band other than the Ramones to go from an audition directly to a Saturday night slot. After stepping away from music for a number of years, the passing of a close friend led Vicki F to revisit her musical past, and this inspired a new round of songwriting. More stripped down in arrangement than her earlier work, her new music draws on diverse influences such as Patti Smith, Eddie Vedder, and Lou Reed. Yet even with the passing of time, and with the evolution of her style, there is no missing the original fire and punk rock spirit that gave her music breath from the very beginning.

The Troops of Doom Drop Video for “Whispering Dead Words”

The Troops of Doom Drop Video for "Whispering Dead Words"