Special Opportunity for Fans of Todd Kerns: Own a Stage-Played Bass 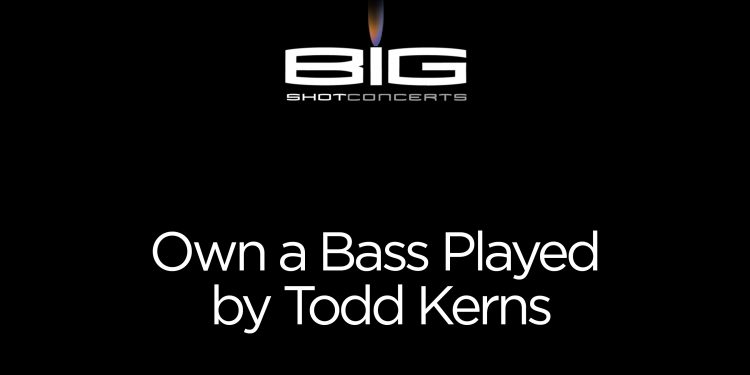 Todd “Dammit” Kerns (Slash ft. Myles Kennedy & the Conspirators) is offering fans a once in a lifetime chance to own a piece of rock -n- roll history. Thats right! A limited amount of his award winning Anti-Star Basses by Prestige Guitars will be made available on the upcoming American and Canadian dates. These are stage played by Todd himself.

His Anti-Star Bass has been melting faces worldwide for a few years now, and is the perfect addition to your bass arsenal and for the collectors. Did you know that Guitar World Magazine honored Kerns with the Platinum Award for his 2017 Prestige Todd “Dammit” Kerns Anti-Star VI guitar, the 6-string brother of the very basses he will be bringing to you. Kerns was also voted Bassist of the Year in the 2014 Annual Loudwire Music Awards, as voted by their readers. Additionally, fans of Todd “Dammit” Kerns voted him Big Shot of the Year at Big Shot Concerts.

Check out the video from Todd Below:

If you’re heading out to any of the following shows you can go home with one of these epic bass guitars!