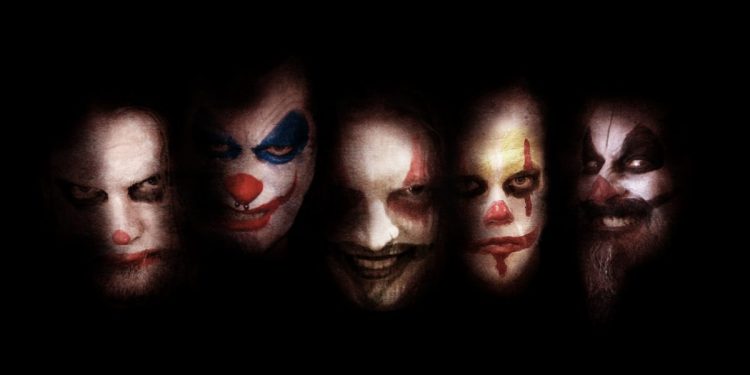 U.K.-based thrash metal trailblazers Onslaught have revealed the second single from the upcoming Generation Antichrist album, “Bow Down to the Clowns,” along with its menacing traveling circus-inspired video.

Lyrically inspired by society’s tendency to allow itself to be controlled by others, the video for “Bow Down to the Clowns” offers a literal depiction of dark clowns with a demonic ringmaster pulling the strings on the whole spectacle.

“Distraction and control walk hand in hand in the dark world of clowns,” says guitarist and founding member Nige Rockett. “This track tears through the unnerving facade of political deception exposing the ugly truth for all to see. This is angry music for angry people.”

Onslaught “Bow Down to the Clowns” Video

“It is basically a twisted take on a political travelling rally,” says bassist Jeff Williams. “Freak shows and clowns, glaring neon and grim hidden recesses. A carnival of mass distractions to enrage and delight the masses to keep them under control and divided through fear, hate and self-righteous superiority…In our circus Dumbo would’ve hit the floor!”

Synonymous with the brilliance and endurance of today’s thrash metal movement, Onslaught is ready to set world on fire once again with one of the most ferocious thrash metal albums ever made in Generation Antichrist , set for release on August 7 via AFM Records.

A lyric video for the first single from Generation Antichrist, “Religiousuicide,” made clear the band’s stance on organized religion through intense imagery as intense as the music and lyrics.

Onslaught’s long-awaited new album was recorded at Dugout Studios in Uppsala, Sweden, with Grammy Award winning Daniel Bergstrand ( Behemoth , In Flames , Meshuggah ) at the helm, capturing the innovative band’s classic sound with a pristine modern production. On first listen, tracks such as the vicious album opener, “Strike Fast Strike Hard,” “Bow Down To The Clowns,” and “Religiousuicide” pin ears to the speakers and prove that a move to involve Bergstrand has given Onslaught an edge that even their definitive ‘80s years couldn’t quite capture.

Generation Antichrist is the first album to feature new vocalist Dave Garnett, replacing longtime frontman Sy Keeler. Garnett, who has stepped in on occasion to perform live with ONSLAUGHT, delivers a vocal performance on par with the brutal musical attack that is Generation Antichrist.

Pre-orders for Generation Antichrist are available at HERE. 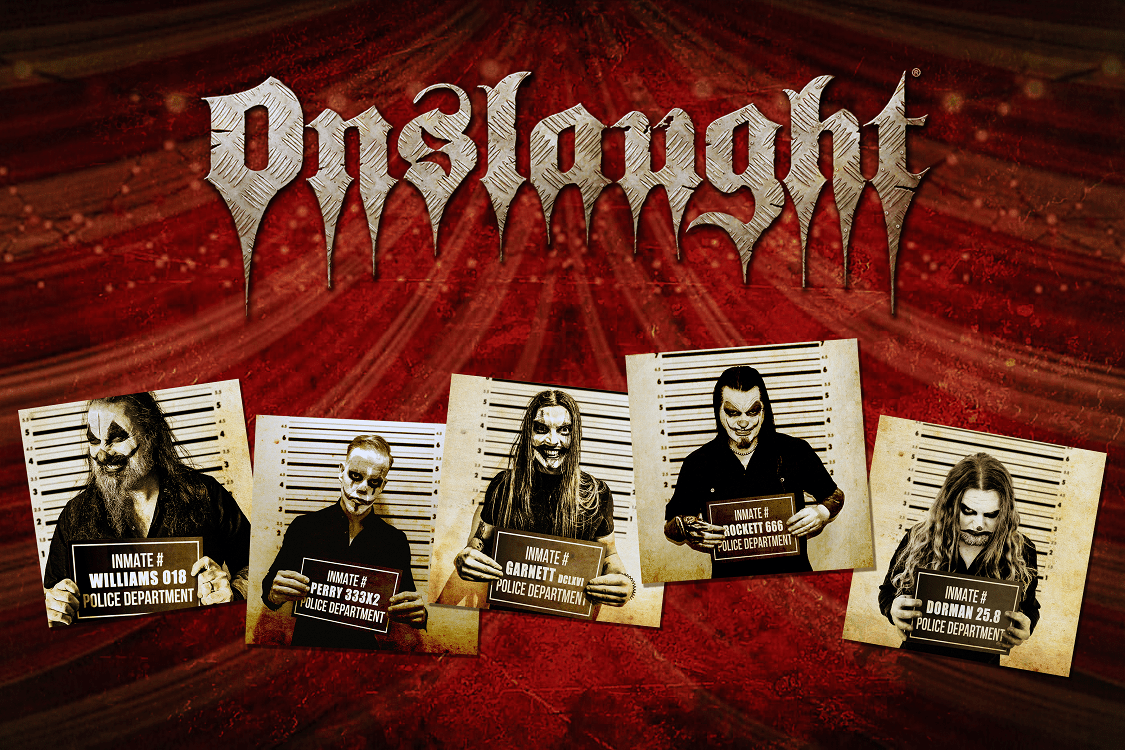 Onslaught was formed in Bristol, England, in 1983 by guitarist Nige Rockett and bassist Paul Hill. Influenced by second-generation hardcore punk bands, the group was also shaped by a desire to incorporate a more metallic sound, quickly developing Onslaught’s own defined and original style. The band went on to release Power From Hell (1985), The Force (1986), In Search Of Sanity (1989), and after a long hiatus, Killing Peace (2007), Sounds Of Violence (2011) and VI (2013). By 2019, ONSLAUGHT had been touring for an amazing five years in support of VI and the 30 th anniversary of The Force .