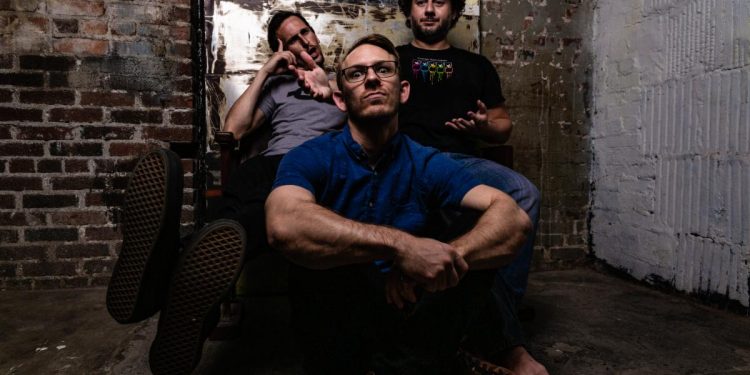 Operating out of Orlando, Florida and Washington, DC, the fittingly monikered Odd Circus explores the suspension of space and time through sound. Forged in improvisation, the band’s music navigates a boundary-less sonic landscape that embraces the unknown and welcomes the bizarre. The result is an experimental style of psychedelic art-rock that weaves its way into garage, fusion, krautrock, no wave, post-rock, noise, hard psych, and sci-fi prog.

In advance of the release of Mantha , today Odd Circus unveils a mesmerizing video for first single, “Amarok,” noting of the track, “When you’re deep in improvisation and things lock into place, the music can suddenly feel like some mysterious creature stopping in for a visit. Every track on Mantha represents one of these little visitations, and “Amarok” – a gigantic wolf from Inuit mythology that preys on lone hunters – is a pretty fitting metaphor for the way this moment unfolded. Emerging from a long and absolutely chaotic noise jam, “Amarok” bided its time, stalked us, and as soon as it was ready, ate us alive.”

Compiled from free improvisations performed live, Mantha was recorded by the band, mixed by Crews Carter and Odd Circus, and mastered by Joseph Carra at Crystal Mastering (Melbourne, Australia) with cover art by Katharina Maisenbacher.

Mantha will be released digitally via the band’s own Good Idea Music April 2, 2021. Find preorders at the Odd Circus Bandcamp page at THIS LOCATION.