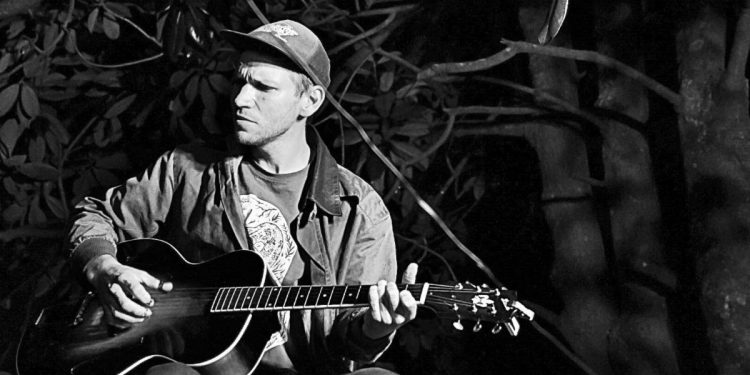 The Magnolia Sessions, which launched in September 2020, is a series which sees a new album released the first week of each month. Showcasing bluegrass, dark country, and folk singer/songwriter acts in an intimate outdoor setting at the Anti-Corporate Music/Black Matter Mastering headquarters in Nashville, Tennessee, the series has birthed albums from Matt Heckler, Jason Dea West, Johno Leeroy, and Cristina Vane, all of which have instantly caught the attention of the scene’s passionate fans, and most of which have charted on the Billboard Bluegrass Charts. Each installment features a different artist, some with additional guest musicians, who performs a live album of sorts, recorded outdoors by a large magnolia tree, as originally seen in Lost Dog Street Band’s “September Doves” video for GemsOnVHS several years ago.

Anti-Corporate Music and Black Matter Mastering’s Dan Emery, who engineers The Magnolia Sessions, reveals, “I first met Nick in 2006 while he was crashing on the couch of my girlfriend (now wife), preparing for an ill-fated/ill-advised winter-time bicycle ride from Nashville to Oklahoma City. I instantly admired his insane dedication to doing things his own way and truly hoped that he didn’t die on his journey. When I first started planning the idea that would become The Magnolia Sessions, Nick was one of the first people I thought about for the project. I feel that it fully encapsulates his style of delivery. Raw, in the moment, and driven by the emotions in the room (or in this case, field). This particular evening was one of the more frustrating nights as far as the elements are concerned. The wind was unbearably strong at times, causing us to split the session into two parts, hence the change in environmental sounds. Beyond overcoming those issues, Nick’s session has some of my favorite songs that have been recorded for the series.”

NICK HANS offers, “It was a real pleasure working with Dan and Anti-Corp to make these recordings. Besides the fact Dan is an old friend who recorded my earliest solo demos, I also have a huge respect for his DIY punk ethics. In terms of the recording process itself, I felt like I was playing around the fire, felt like I was busking in the quarter. I think that feeling came through in the songs. There are so many talented musicians involved in this project and I gotta say I feel honored to be a part of The Magnolia Sessions.”

The Sleeping Shaman writes, “What a start to 2021 we’ve had, but let’s not dwell on the world failing apart around us as to brighten up your Friday, Anti-Corporate Music have been at it again with the continuation of the stripped back, raw and truly awesome The Magnolia Sessions. And today, we’re delighted to premiere a track from the fifth installment, I Ride Junk, a somber slice of country Americana from singer songwriter Nick Hans.”