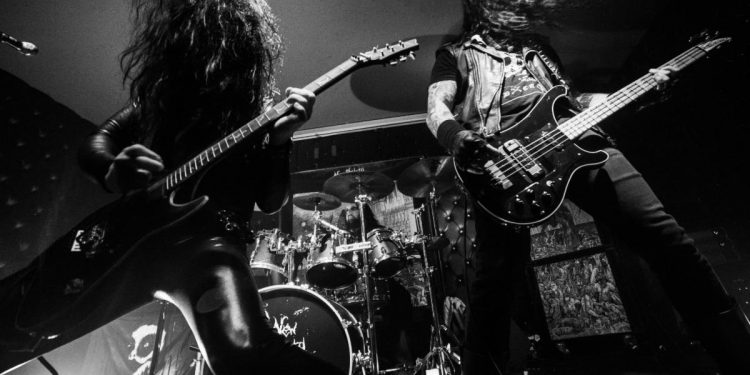 Chaining together the most potent aspects of various influences from the darkest catacombs of rock ‘n’ roll and the occult, New Skeletal Faces manifests their own unique, aggressive sound and experience wielding an unholy take on what some consider heavy deathrock or dark punk. The band released their debut full-length Celestial Disease on CD and digitally on Halloween of 2019. The offering was independently recorded, mixed, mastered, and released by the band thus bringing the record to the public as a complete and true vision. Maximum Rocknrolll recounts the record as, “ghoulish cemetery strolling metaphors about the dying planet and a perverse overestimated society,” adding, “this three-piece make dire cacophonies calling to (or rather, from) the grave.” Cvlt Nation crowned it, “demonic, crazed, [and] energetic,” noting specifically of “Drowning In Celestial Graves,” “[the track] actually starts out as an atmospheric interlude of sorts. The vocalist reminds me a lot of Rozz Williams… in fact, there are several elements of this album that remind me of Christian Death. This one just has that classic California deathrock sound to it…”

Celestial Disease is available on CD and vinyl formats. Order yours today via Indie Merch at THIS LOCATION.

In related news, New Skeletal Faces is currently working on new material for their as-yet-untitled second full-length. Notes lead singer/guitarist Errol Fritz, “The new stuff has a lot of energy. Despite what’s happening in the world, they’re meant to be played live. Expect to hear these in our new setlists. They have the power to possess.”

As a precursor to the album, the band will release a special seven-inch featuring two hymns that have only been revealed live. The band promises instrumentation that is wholly bass heavy with sinister guitars and crushing percussion, textured by tortured wails. Further details will be unveiled in due time. In the meantime, stream Celestial Disease via the New Skeletal Faces Bandcamp page.

…New frequencies from the occult celestial dimension. A raw and atmospheric atrocity … 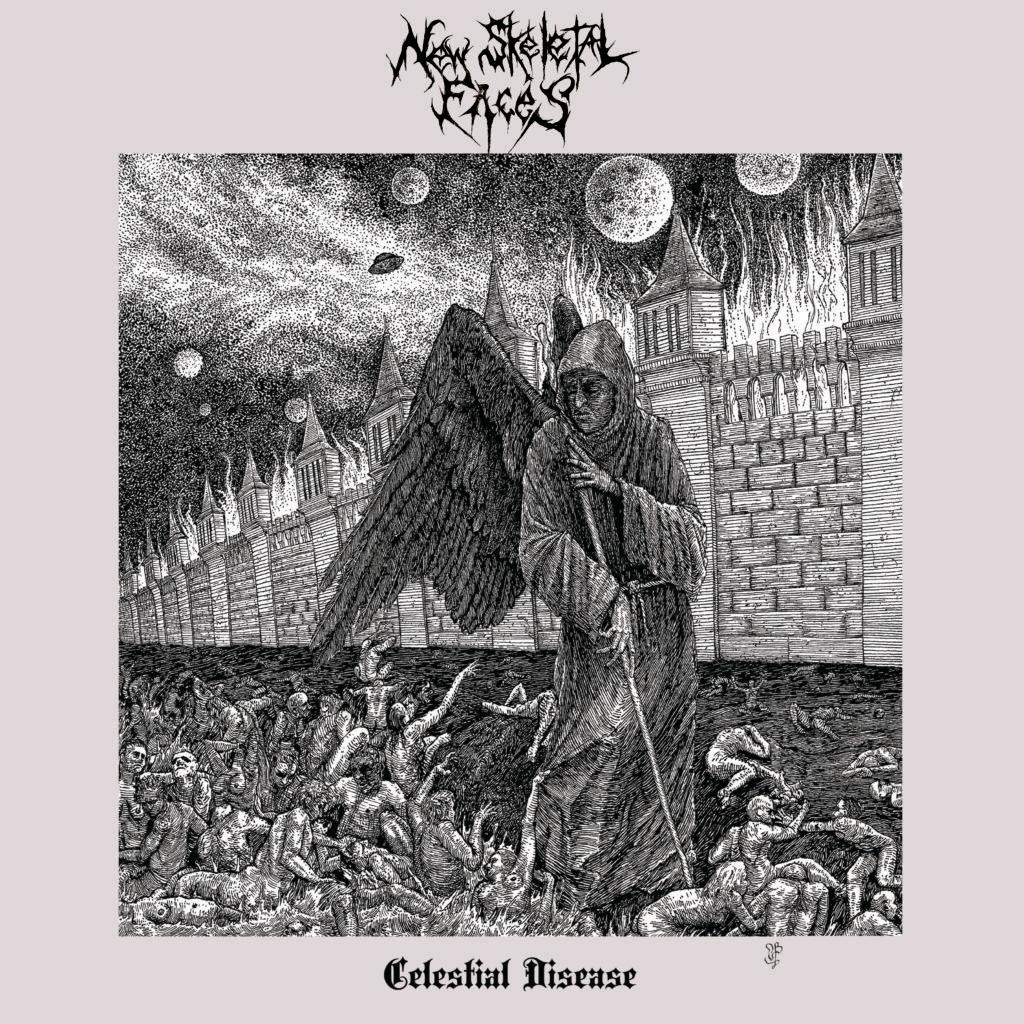 Thirdface Out with New Single "Buck" from Debut Full-Length