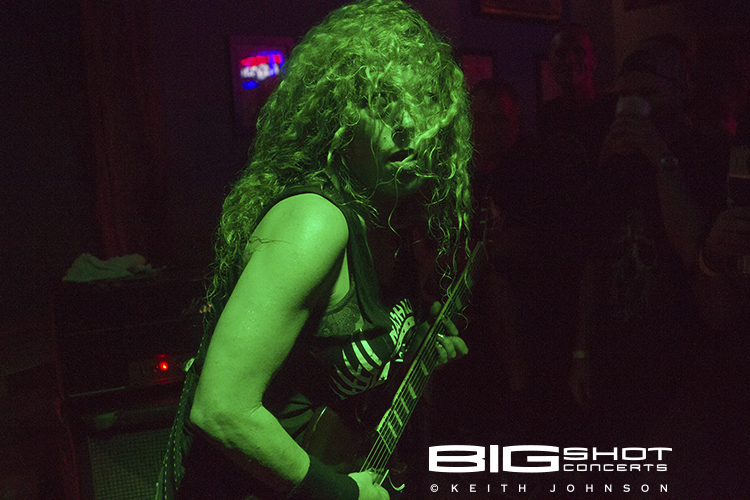 There’s nothing like getting some Nashville Pussy on a Tuesday night.

Nashville Pussy is out on the road in support of their latest album: 10 Years of Pussy. And what a dirty 10 years it’s been. Husband/wife bandmates Blaine Cartwright (vocals and guitars) and Ruyter Suys (lead guitar) have done much more than embrace the “sex, drugs and rock -n- roll” lifestyle during their careers — they’ve taken it to sleazy new levels of debauchery.

Nice boys (and girls) don’t play rock and roll — but Nashville Pussy does, and that’s all that mattered. Songs about drinking, fighting, drugs and sex poured through the Vintage Tap in Delray Beach, Florida on August 18, 2015. The venue was crowded with hardcore fans looking to get sweaty, raunchy and hear the band say something nasty. They got all that and a whole lot more.

The whole lot more was a great performance.

Blaine Cartwright ground out gritty vocals with pure, raw emotion. The fact that this lead singer is a burly hell raiser made his lyrics seem even more genuine to all the rowdy fans in attendance. Anyone expecting something pretentious from this guy was out of luck. When this psychobilly rocker strummed his six-string, howled into the microphone and sauntered around on stage, it was all about getting the fans riled up.

Ruyter Suys was seductive as usual, dressed in a tank with stars and bars from the Confederate Flag. The axe-wielding lead guitar player vivaciously burned through riffs like an out of control wild fire. Her guitar playing could have easily melted faces, and maybe even a few hearts. But her tough-girl attitude would have probably started a brawl with any guy foolish enough to tell her his heart was moved.

Bonnie Buitrago slapped her bass around like she was punishing it for being naughty. And speaking of being naughty, toward the end of Nashville Pussy’s set she came over to grind G-strings with Ruyter who was sprawled out on her back in front of the speakers with her guitar sticking up.

Jeremy Thompson was steady and deliberate in his pounding of the drumheads, along with a few well-placed cymbal crashes brought on by rhythmic thrusting. It was the kind of stick movement a band like Nashville Pussy needs to stay loose.

Even those whose sensibilities are offended by anything slightly perverse would have to agree that these musicians kick ass. If not, those wussies can go to hell. Most importantly, anyone too fragile to get beer poured on them and sweat spewed across their faces would have missed the ending of the Nashville Pussy concert. It was an epic climax where Ruyter Suys ripped off the strings of her guitar, fell to the ground, let it hum and convulsed until there was nothing left to come out of her speaker.

Remember, they’re touring the United States and not at home. So if you’re looking for a good time in your town, Nashville Pussy is sure to satisfy your musical cravings. 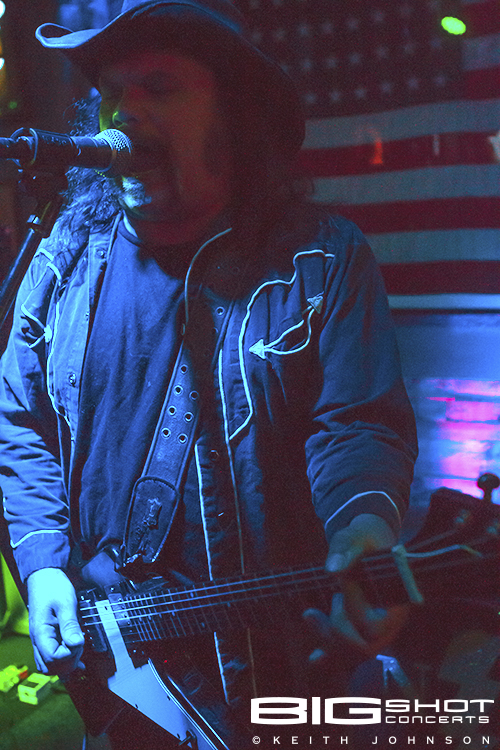 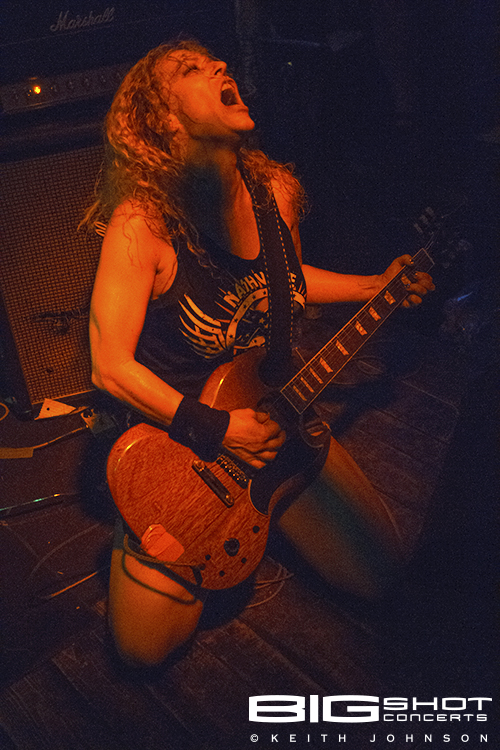 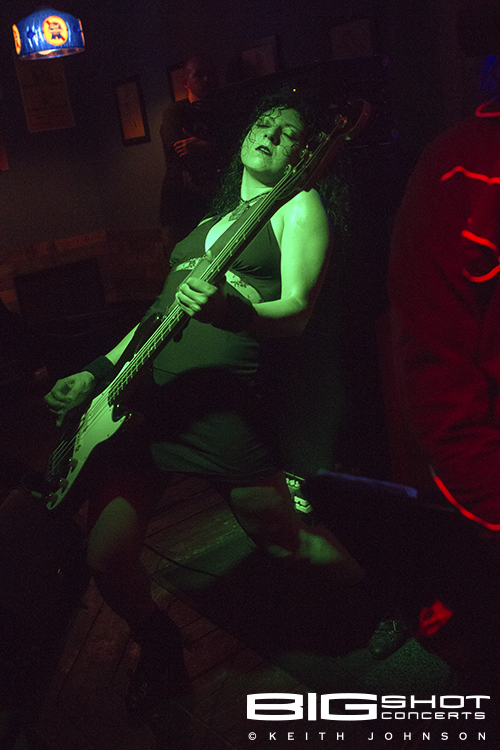 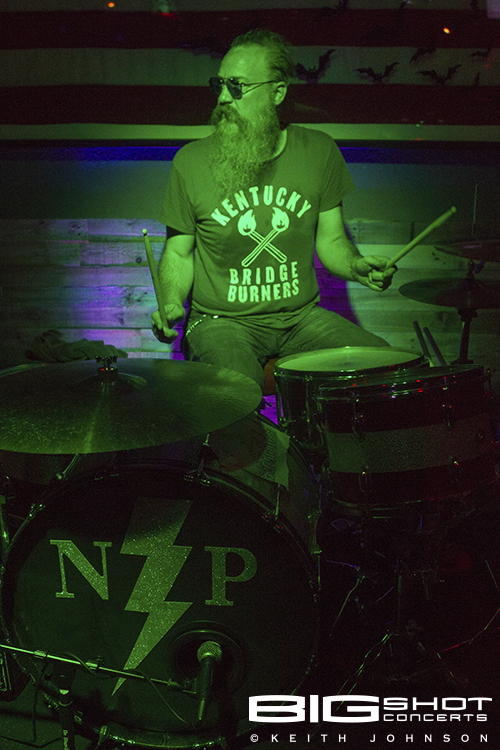 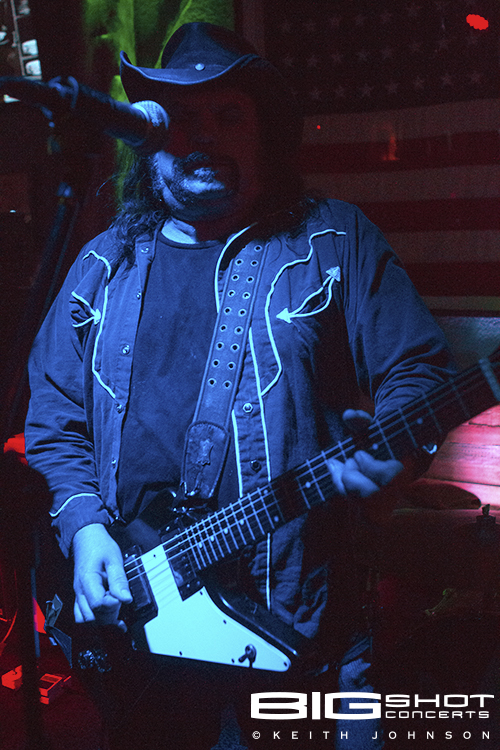 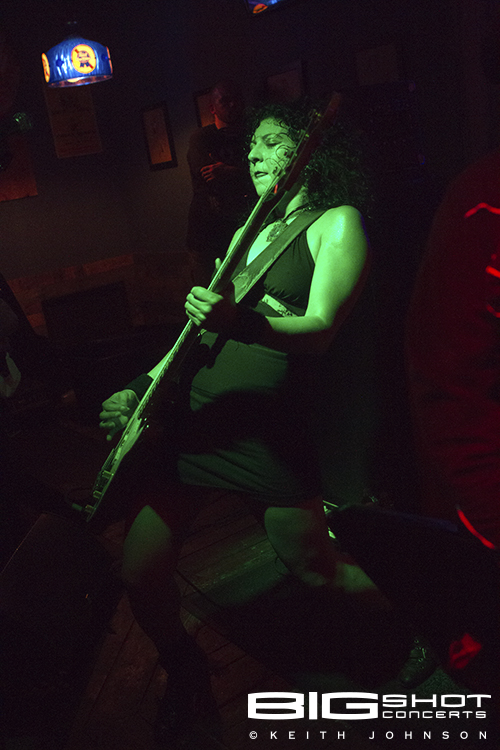 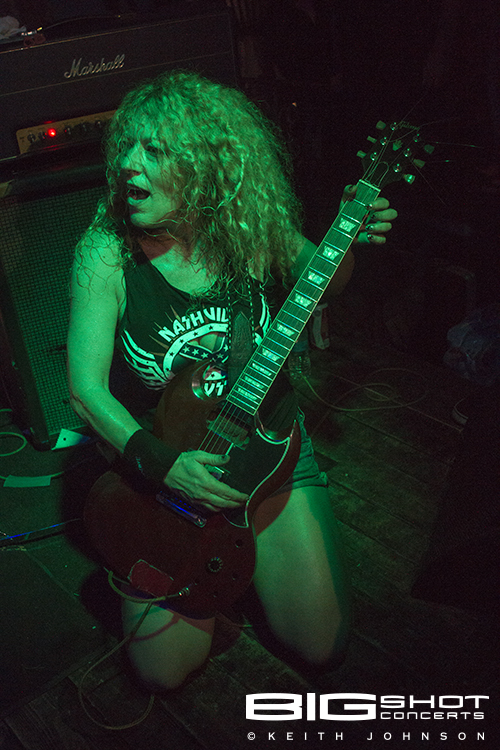 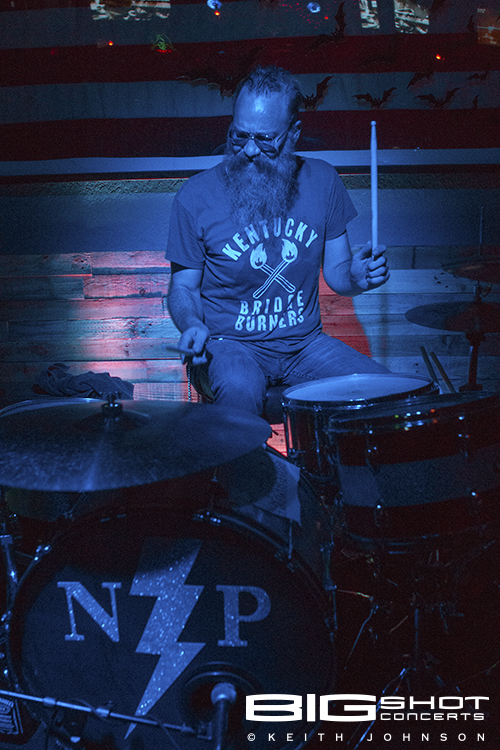