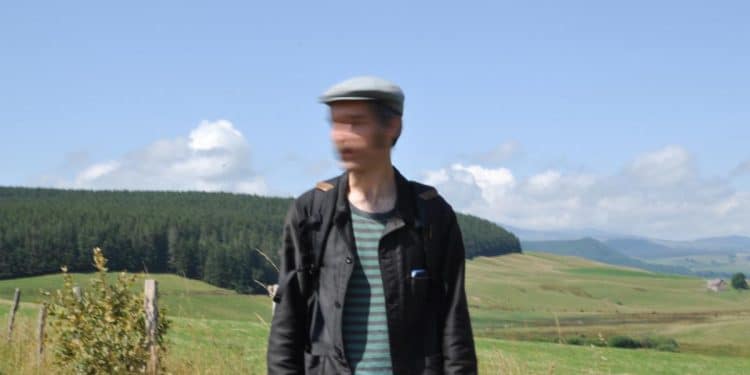 Mule Jenny Formed By Étienne Gaillochet of Paris, France-based We Insist!, presents his latest project. The outfit’s debut LP, All These Songs Of Love And Death, is being prepared to see release in December, as a video for the lead single “Cross The Line” has been issued.

In a setting of complete freedom and solitude, work on Mule Jenny’s All These Songs Of Love And Death began on these tracks at the end of we Insist!’s last tour in 2018 by means of experimentation in the studio. Songs that were always in progress, never finalized, with no strict composition method used. Moving away from the references and guidelines of We Insist! and Zarboth, each song has the capability to surprise through complex rhythms, unusual harmonies, while retaining a traditional song structure, without losing the common thread of strong vocals and melodies.

There was one single constraint throughout the recording of this album: not to use MIDI, and to perform everything. Gaillochet set to work learning new instruments that he had always been eager to play, first and foremost the guitar on which the starting point of each song on the record was found. For arrangement purposes, a vibraphone was added to the structure, and finally the indispensable bass guitar, resulting in a record full of intricate vocals and a smoother, opulent sound overall than previous compositions. These new musical experiences and discoveries have allowed Gaillochet a new outlook and freshness with his lifelong relationship to music. The lyrics on All These Songs Of Love And Death deal with very diverse subjects in an often offbeat and non-literal way: age, the Orient, the end of Western democracy, love, the dictator Joseph Stalin, madness, death, words…

The solo pre-mixes of All These Songs Of Love And Death were passed on to an old and trusted friend Fred Martin-Bouyer (We Insist!, Zarboth, Blair) who mixed and mastered all the tracks. Immediately, Grabuge Records decided to participate in the release of this album, promptly joined by Araki Records and Figures Libres Records. A group was quickly formed with Max Roy and Théo Guéneau of Lysistrata to adapt these compositions and play them live as a trio.

The first single from Mule Jenny’s debut, a video for the track “Cross The Line,” is now playing at THIS LOCATION.

Mule Jenny’s All These Songs Of Love And Death will see release on December 10th, pressed on high quality 180-gram vinyl with a protective laminated sleeve and a two-page color insert created by Matt Irwin (A Whisper In the Noise, WIVE). A wallet sleeve CD is inserted in each vinyl. Find preorders RIGHT HERE.
Watch for additional audio and video premieres to see release over the weeks ahead.

As the drummer, singer and, co-composer of the group We Insist!, Étienne Gaillochet has toured for more than twenty years. Their last album Wax And Wane was released by Vicious Circle was released in 2017. Simultaneously, he works with many other groups, such as Perio, Margaret Catcher, Nosfell, and Blair. In 2009 alongside guitarist Phil Reptil, he founded the unclassifiable trio Zarboth which has to date released four albums, the latest, Grand Barnum All Bloom, was issued in May 2021 (PeeWee Music).

In 2015, Gaillochet participated as a drummer and singer in the WieBo show of the Company DCA-Decouflé at the Philharmonie de Paris. Coinciding with the release of Mule Jenny’s debut album, he has conceived a new performance mixing contemporary dance and live music involving three dancers and three musicians. In residency throughout the 2021/2022 season, the show La Ligne Pointillée… (“The Dotted Line”) will be premiered in Tours on May 17th, 2022, and will subsequently be touring in France. Both a teacher and performer, Gaillochet’s pedagogic work is based on pulsation and the independence between voice and a musical instrument. He is also a producer and host of a musical program on Radio Libertaire, Des Oreilles Avec Des Trous, which was broadcast weekly for thirteen years until 2019.

For further info on Mule Jenny’s All These Songs Of Love And Death contact dave@earsplitcompound.com.