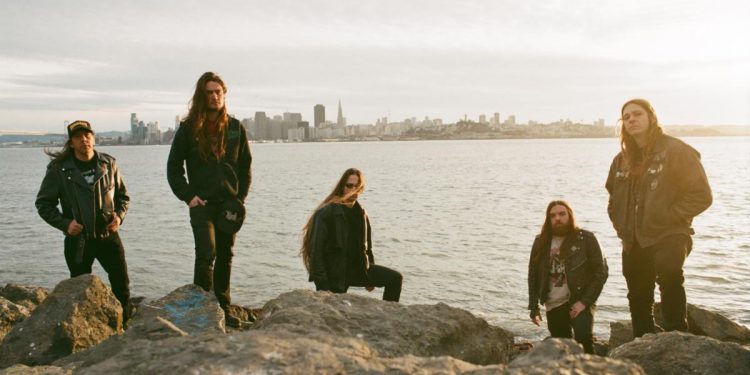 California metal outfit Molten announced the completion of their debut album, Dystopian Syndrome, and will set it loose upon the population in January 2021. Two singles for the album are now playing, one of which comes in the form of a mini-horror film.

Formed in the Bay Area underground, the heavy quintet Molten incorporates thrash, death, doom, and black metal to bring a straightforward assault to the listener’s ears. After releasing their eponymous EP in 2019, the band went straight to work on their first full-length record, Dystopian Syndrome, choosing to work with Grammy Award winning producer Greg Wilkinson.

“This LP is a culmination of our interest in the heaviest forms of metal, with influences from all over the map,” Molten vocalist Brandon Bristol offers. “I think there’s something for everyone into heavy music on this record.” Spanning nine tracks just under fifty minutes, Dystopian Syndrome takes the listener through a nightmare-like landscape of political horror, war, fantasy, and natural disasters. “We wrote this between 2018 and 2019 about what was happening around us and across the world. The lyrics eerily reflect what ended up happening in one of the weirdest years ever, 2020.”

Dystopian Syndrome was recorded and mixed by Greg Wilkinson at Earhammer Studios (Ulthar, Vastum, Deathgrave ), mastered by Justin Weis at Trakworx, and completed with artwork by Pedro Felipe Oliveira.

Molten recently issued an awesome mini-horror movie which doubles as an extended official video for the track “Zombie’s Curse,” produced and directed by Chris Corona. The setting: It’s late Summer 2020 and the world is in turmoil. Against a backdrop of endless fires and an ongoing viral pandemic, a vaccine promoted by the US president meant to keep the dying sick alive has backfired and the country is being overrun by the undead. ZOMBIES! The boys discover that the only solution is playing loud aggressive metal. 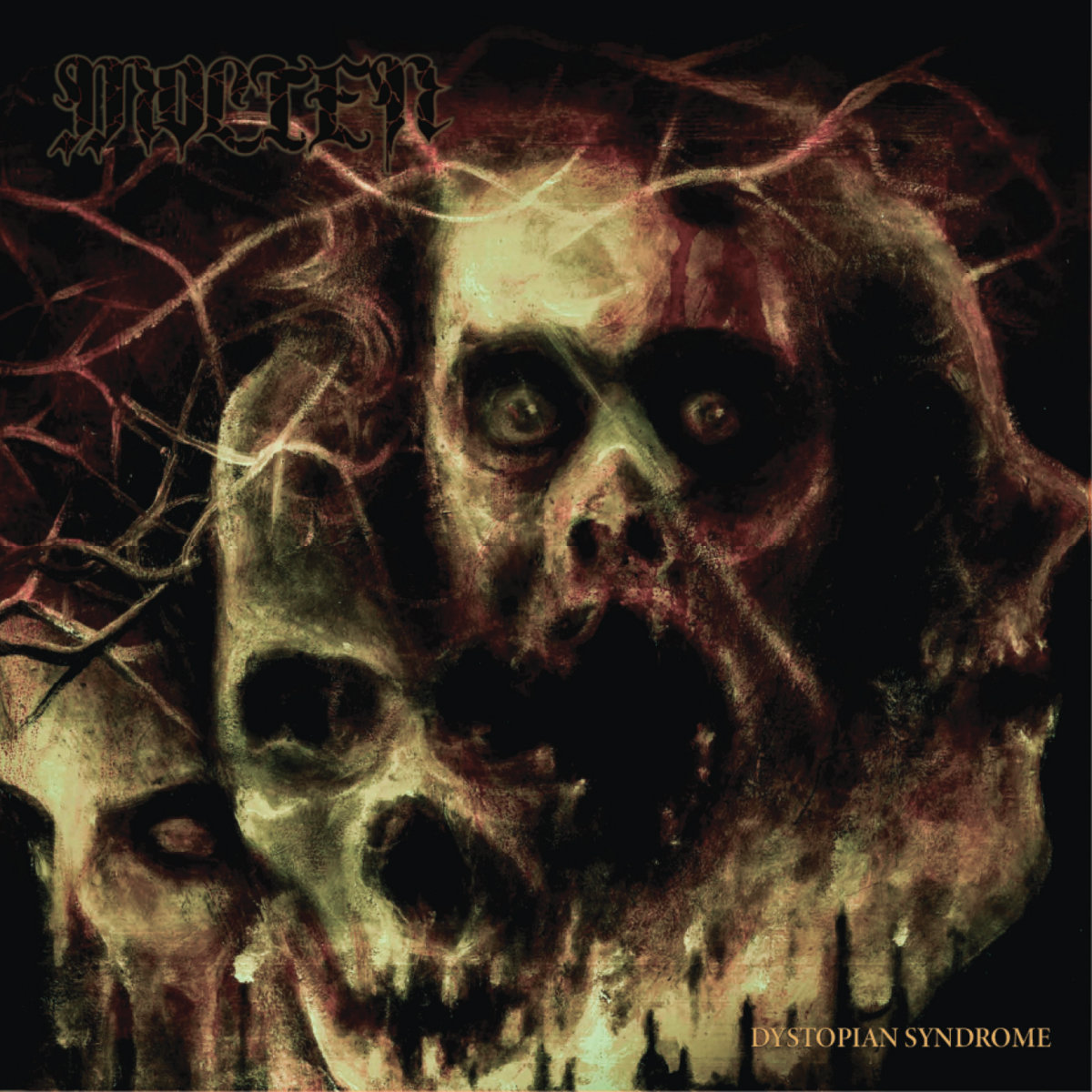 Watch for additional auditory carnage from MOLTEN and the new album to post in the grim days ahead.