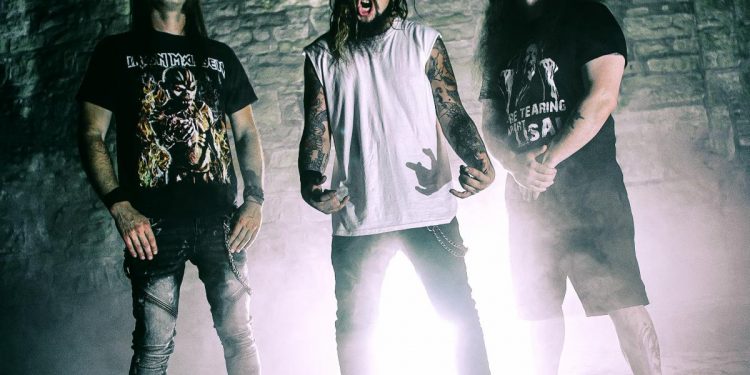 In 2004, at the age of 13 and 14 respectively, drummer James Nicademus and guitarist/vocalist Jay Johnson formed what ended up becoming the thrash metal band Diamond Plate. In 2007, Johnson left that band and has since released multiple solo projects. Diamond Plate went on to release two albums through Earache Records and played multiple tours and shows sharing stages with the likes of such thrash metal icons as Overkill, Death Angel, Testament, Megadeth, D.R.I., and others.

Fast forward to 2018. Nicademus joined forces with Tommy Denniger of End Of Sanity and Sean Coogan of Vitrial to launch MISFIRE . Shortly thereafter, Denniger decided to follow a different path. Nicademus called the only man for the job: his old friend, Jay Johnson. The decision would ultimately solidify MISFIRE ‘s lineup. MISFIRE has been active ever since opening shows for Iron Reagan, Sacred Reich, and more. Writes Metal Crypt, “For a young band, these guys are tight as hell and damn fine performers, from Jay Johnson’s crunchy, skull-piercing riffs to Jim Nicademus’ pounding, bestial drum work to the angsty, Robb Flynn-esque rasps and merciless bass lines of vocalist/bassist Sean Coogan… these fellows are ready for the big leagues…”

Comments Misfire on their union with eOne, “We are beyond excited to join forces with eOne! We are so grateful to have the opportunity to share our music with so many people. Thanks to everyone who has supported and believed in us. We will see you soon!”

Misfire is managed by Jeromy Jerome and Frank Mastalerz of FM Music Management and booked by Andrew Goodfriend and Mike Monterulo at TKO.