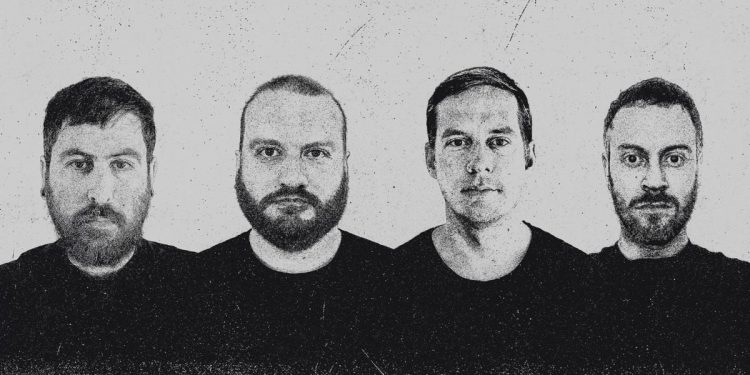 Mental Cavity LP Mass Rebel Infest is the third album from the Canberra, Australia-based hardcore/metal outfit. Release date is set fpr late this month via Creator-Destructor Records. With the record set to drop in three weeks, Decibel Magazine is hosting an exclusive premiere of the album’s new single, “The Portal.”

The cross-genre quartet MENTAL CAVITY spent the long months of lockdown during 2020 writing and recording Mass Rebel Infest as a follow up to Neuro Siege , released in 2019 via Brilliant Emperor Records. Armed with a drive to never slow down or let the difficult circumstances of isolation and quarantine keep them from working on new material, the band recorded Mass Rebel Infest themselves in their hometowns in Canberra and Melbourne in late 2020. The new LP sees the band continuing to refine their sound, taking influence from bands such as Morbid Angel, Tragedy, Crowbar, and Autopsy, intertwining death metal riffing and vocals with punk and crustier d-beat pacing and attack.

Recorded by Mental Cavity, Mass Rebel Infest was mixed by Taylor Young at The Pit Recording Studio (Nails, Xibalba, God’s Hate) and mastered by Brad Boatright at Audiosiege (Obituary, Integrity, Kruelty). The added tonal brutality brought to the front by these two modern legends of production, and with covers of Cro-Mags and Disrupt rounding-out the album, cements Mass Rebel Infest as Mental Cavity’s most compelling and destructive material to date.

With the premiere of “The Portal”, vocalist/guitarist Aaron Osborne reveals, “The intro to this song is one of my favorites on the record, and particularly how it moves quickly into a more up-paced groove section. This song is loosely based on the short story The Merchant And The Alchemist’s Gate by Ted Chiang, sci-fi/fantasy stuff that I love, basically about people being greedy bastards and it coming back to bite them in the ass. Love nerding out on sci-fi shit!”

Decibel writes with the song’s unveiling, “It’s tough to carve out an individual identity in a genre as saturated as death metal, with many bands finding outside influence from other genres or sounds. Australian outfit MENTAL CAVITY found their secret sauce by incorporating punk and crust sensibilities into their rotten death metal core. Just listen to ‘The Portal,’ the latest song from the band’s upcoming Mass Rebel Infest album. The song begins with a crawling introductory riff that would make Autopsy jealous before slipping into a faster pace driven by a punk beat. It’s a simple-but-effective method; by the time the last note fades out, MENTAL CAVITY have made their sound and intentions known.”

Stream Mental Cavity’s “The Portal” first through Decibel Magazine now at THIS LOCATION.

Mass Rebel Infest will see release on LP, cassette, and all digital platforms on June 25th, the vinyl pressed in a run of 250 copies on electric blue with black splatter, and the cassette is limited to 100 copies. Find preorders at Bandcamp HERE and the Creator-Destructor webshop HERE.

Watch for additional audio previews and other news to post surrounding the release of the album.